a couple of weeks ago, we received a hand-me-down (of a hand-me-down) harley davidson kids ride-on toy. for isaac’s birthday, we splurged on new batteries to he could actually make it go, although he was perfectly content to just sit on in in the garage for 15 minutes at a time.

anyhow, the batteries came and we got them charged up (taking care of them is the equivalent of having a pet). at first, isaac was not too crazy about the harley. but, when we said, “ok, let’s go in then”, he changed his tune. he rode in backwards and forwards in circles all over the driveway, except for the one time he straightened it out and rode straight into the the garage wall.
never fear, he found that to be completely humorous…

some pictures of the happy harley rider: 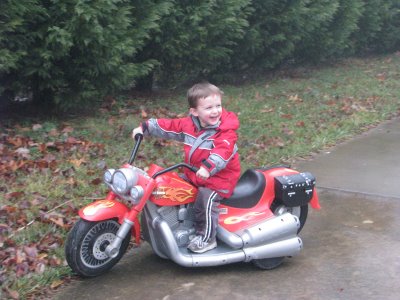 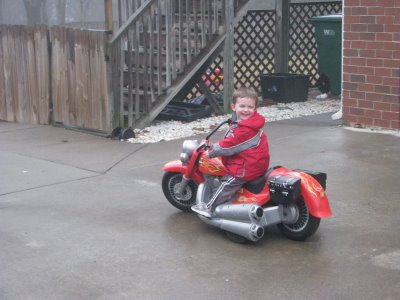 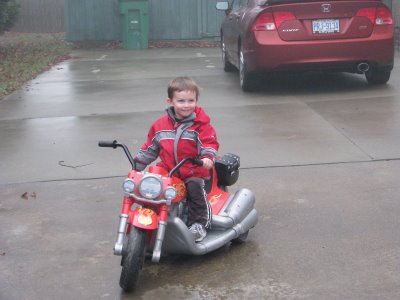 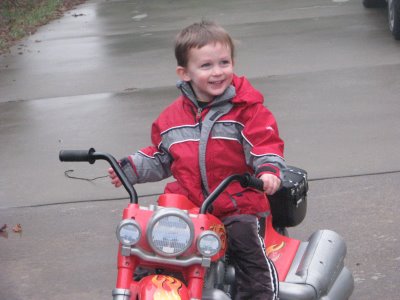 No comments yet
isaac toys