on tuesday, jake, isaac, carlye and myself ventured out to the lovely north carolina zoo. i have been there a few times before. it was isaac’s first time. he still seemed a little underwhelmed with actually getting to see real live animals. we got a season pass, nonetheless, so he’d better start to like it better…

checking out the chimps. thankfully, they were acting “appropriately”. 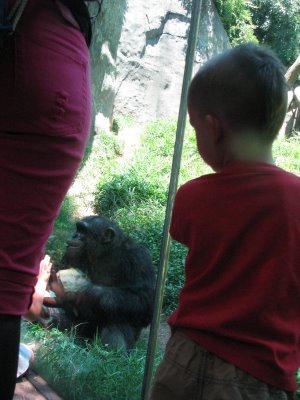 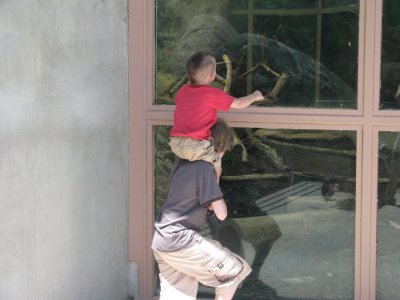 it wasn’t looking like we were going to see any elephants. then this guy popped up out of the mud: 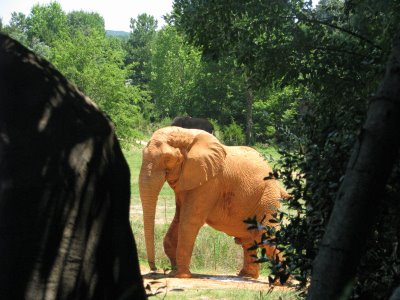 the boy didn’t have a nap and was quite bipolar. he mostly wanted to walk, but finally succumbed to the stroller: 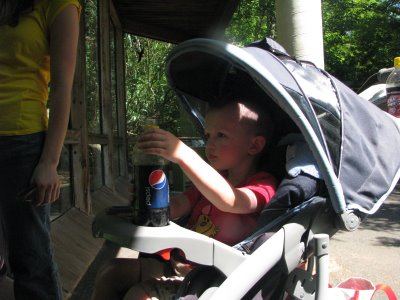 the big hit of the day was the sea lion and seal exhibit. or the “big fish” exhibit, as isaac insisted. 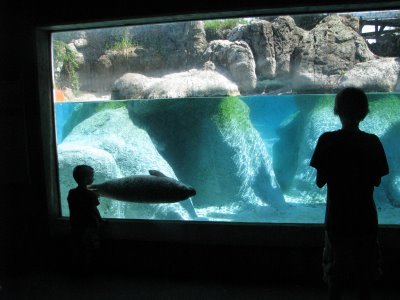 jake and isaac in the fake cave. i guess crawling into small spaces is still fun at eleven. 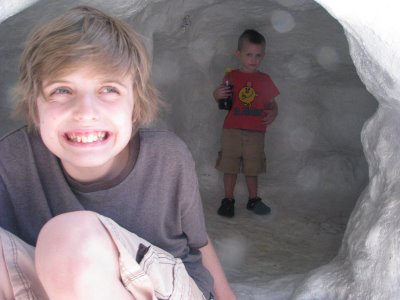 we stopped at the kid zone or kid stop or some such recreational area. carlye showed off her impeccable balance. 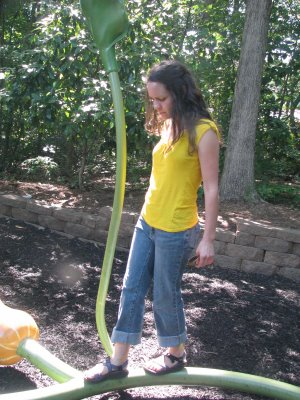 and isaac posed (with the cold face) on the giant preying mantis (?)… 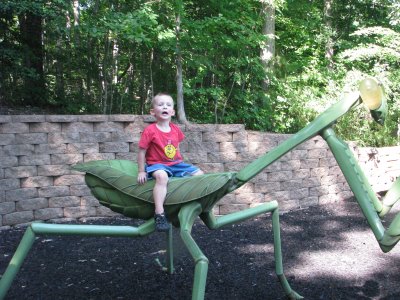 it was a super fun day. jake was a bit disappointed that we didn’t make it to the wolves, but was easily appeased with an $8 stuffed wolf from the gift shop.

there’s a ton more pictures in my picasa album. and since we have a membership, you can surely expect to see more to come.