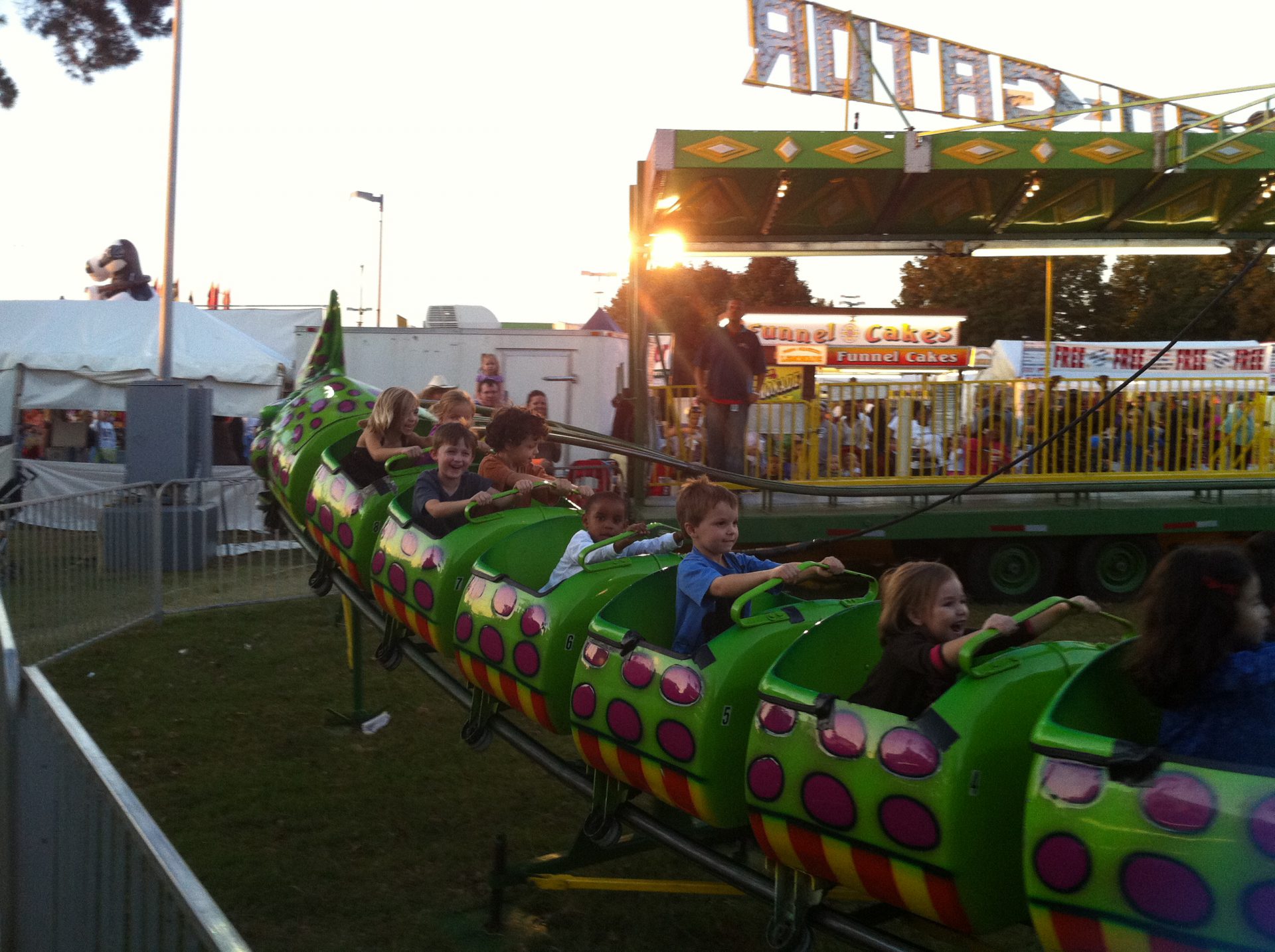 on wednesday, we joined up with derek’s family and headed to the dixie classic fair. here’s how it went down… 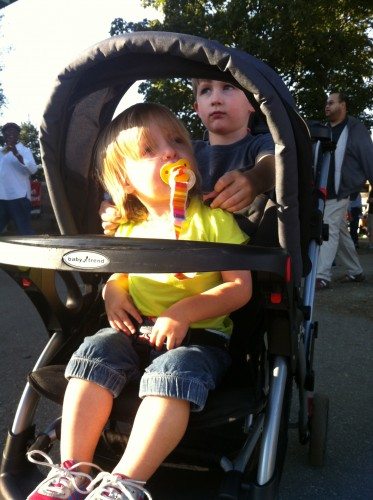 isaac was a bit unsure about the rides at first, but i finally convinced him to ride the motorcycles wiht his cousins. it was at that moment that i realized that, in the previous 100 feet of walking, i had dropped our ride card with 40 ticket credits ($30 value). sucked. it was really the only reason we were at the fair. derek had bought it last weekend when he went to the fair with the kids, but couldn’t talk ike onto any rides, so we were there solely to spend those tickets. so, i dropped $30 more and held down my throwup.

here’s ike and caison on the planes: 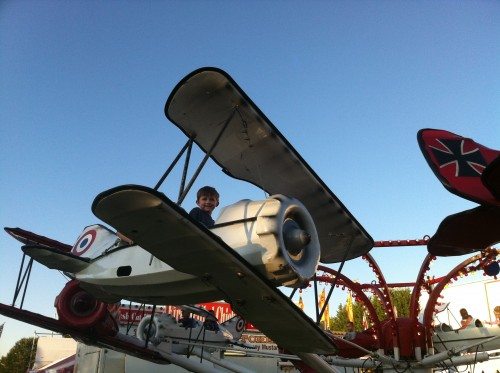 isaac won a prize for anna. and it only cost five more dollars. and then we dropped it and now it’s gone. see a theme here? 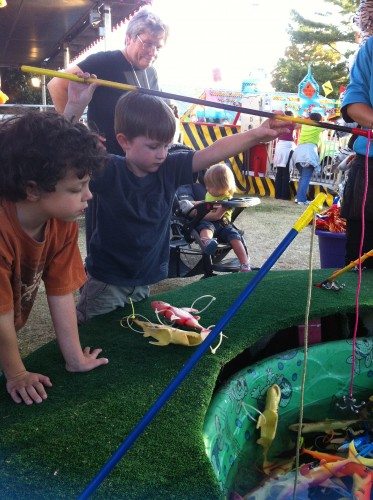 anna really wanted to ride some rides. instead she was stuck watching. 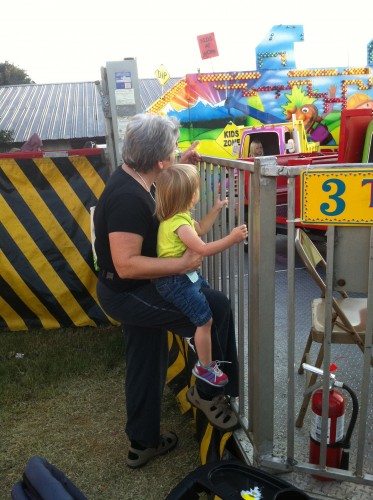 she did get to ride this slide with me, but i have no photographic evidence. but, i did get this picture of ike taking his turn. he is a sucker for a giant slide. 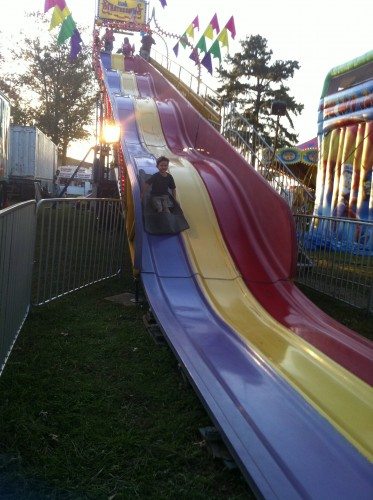 isaac and caison wanted to ride the swings, but the ride was shut down just as we arrived, so they settled for the rollercoaster. 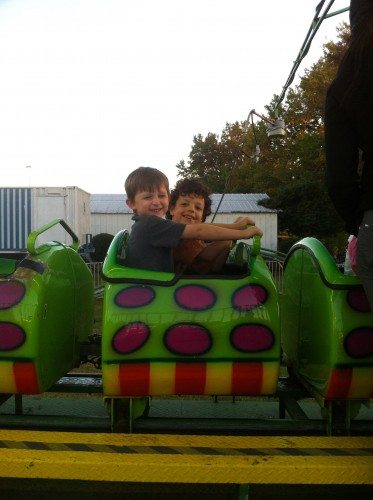 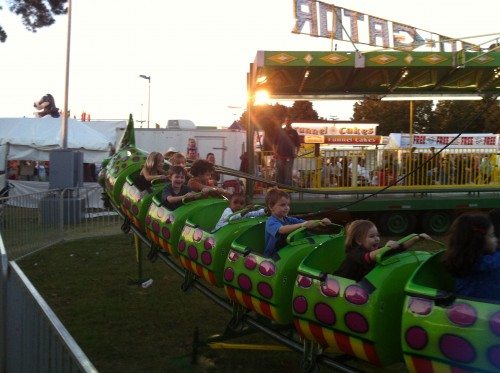 after the rollercoaster, we raced to the 7 o’clock pig races and the boys snuck in for sweet front row seats. it was too dark to capture the racing pigs on film. well, on iphone film. or whatever film is called now. bytes. 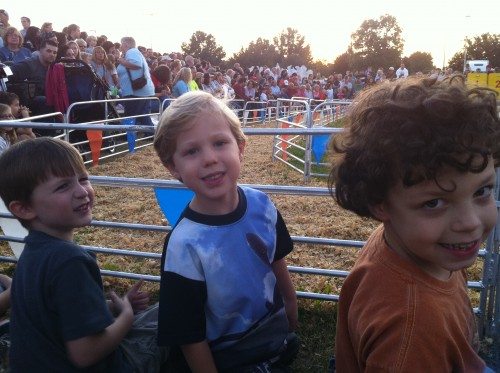 then we ate. hot dogs for kids. philly cheesesteak for me. gyro for derek. 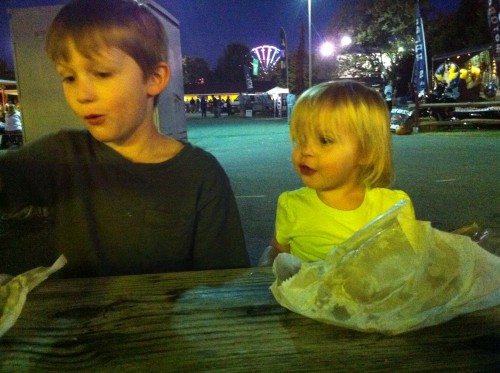 after dinner, we made our way to the exhibit hall to check out all the quilts and cakes. (side note: on the way there, i met cameron kent, local news anchorman. exciting stuff.) 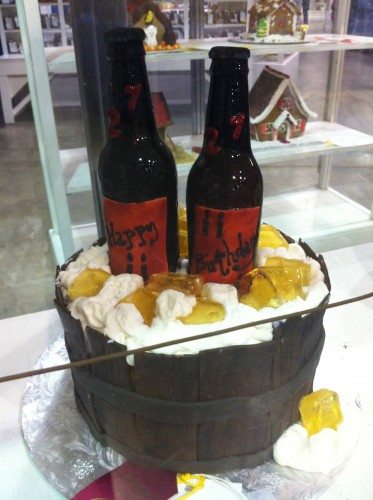 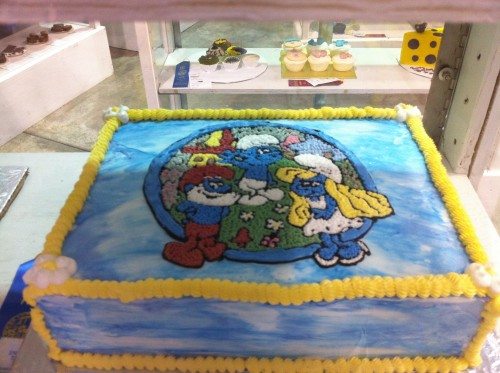 the quilts were hard to capture, because they were hanging like 400 feet in the air. so, i’ll just post one, as proof. 🙂 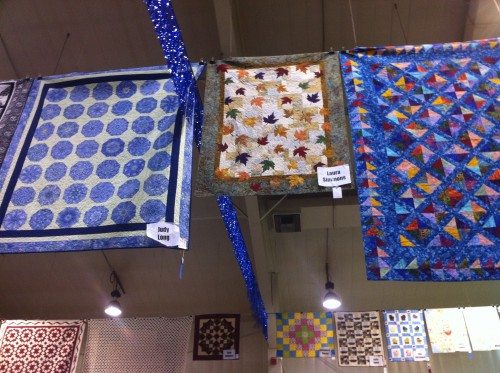 perhaps some year, like in 2028, when both my kids are gone, i’ll enter a quilt. or a cake. or a hovercraft, since that’s like way way way in the future.

after our stroll through the exhibition hall, and the settling of our nutritious dinner, we went back for some more rides, this time hitting up the “a-little-bit-older-kids” section. first thing, another rollercoaster: 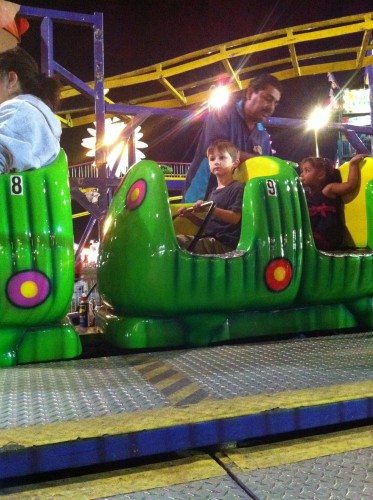 we went through a fun house. and rode some other kid rides. i couldn’t talk ike into the ferris wheel, which i was ok with, since the line was crazy long. 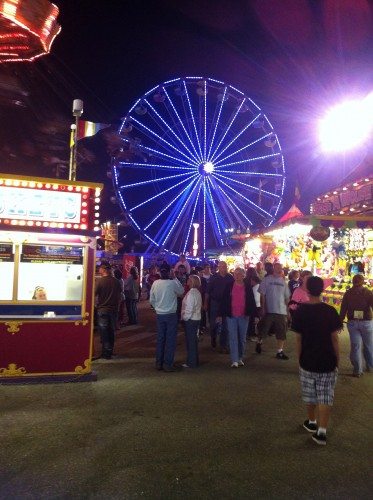 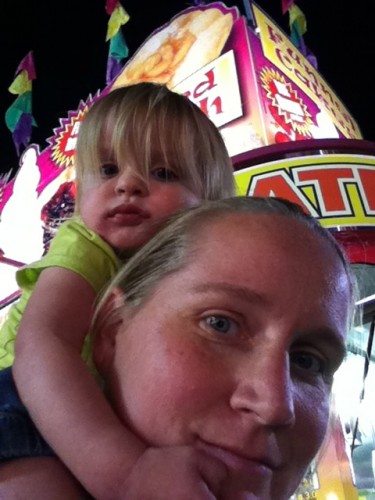 and we were too. so we loaded up and walked to the car. just as we got there, the fireworks began. we watched for about 10 seconds before deciding we were too tired for exploding lights in the sky.