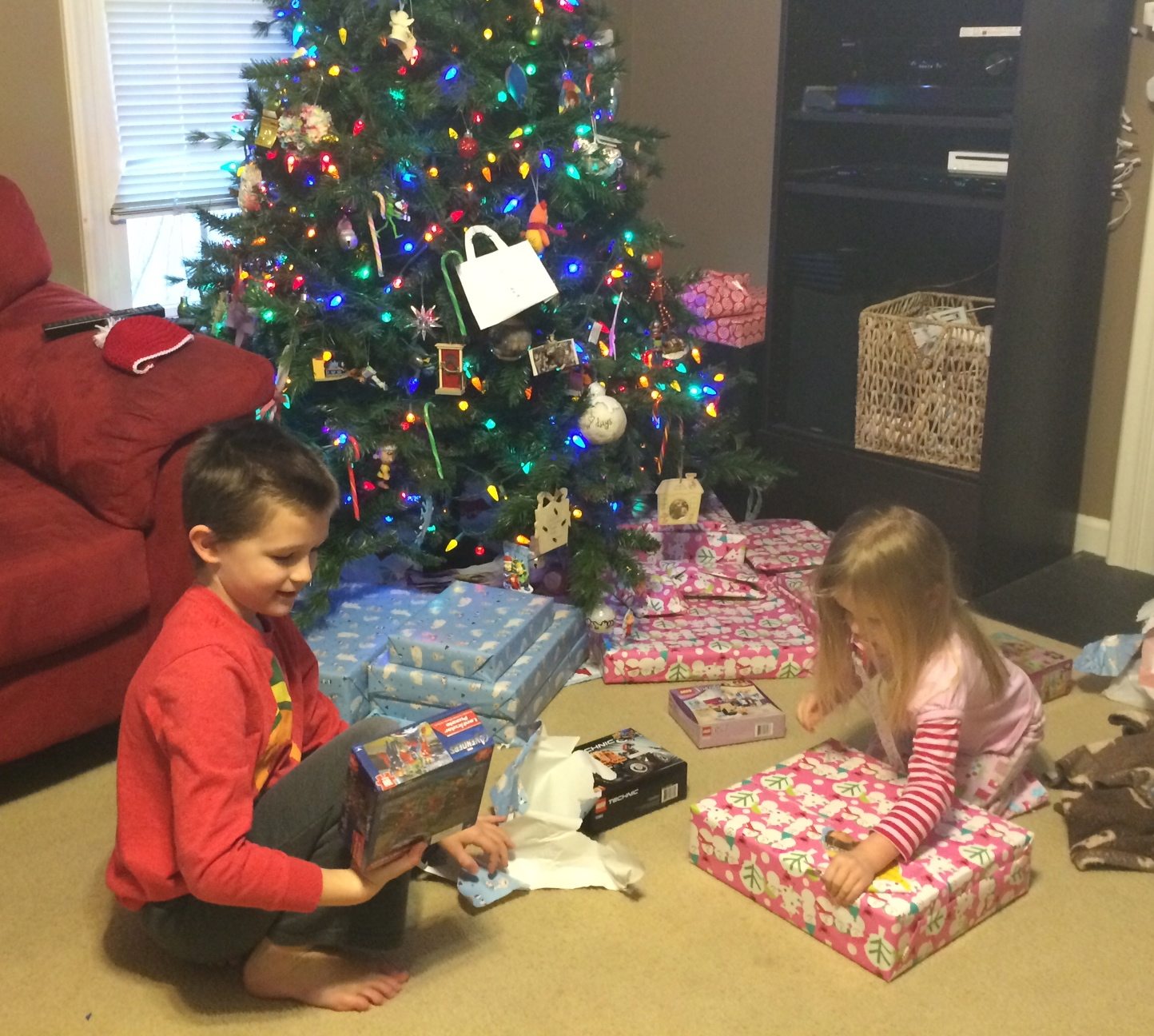 (note: this is the first of a bunch of posts i plan on making today.)

this christmas was a little bit crazy.
we have a newborn. so we kept it all low key.

but first things first. the presents. pics aren’t that great. we need a fancy sports lens to get all the fast paced action shots.

stockings. stuffed with candy. most of which has already been consumed by my sugar lovers. 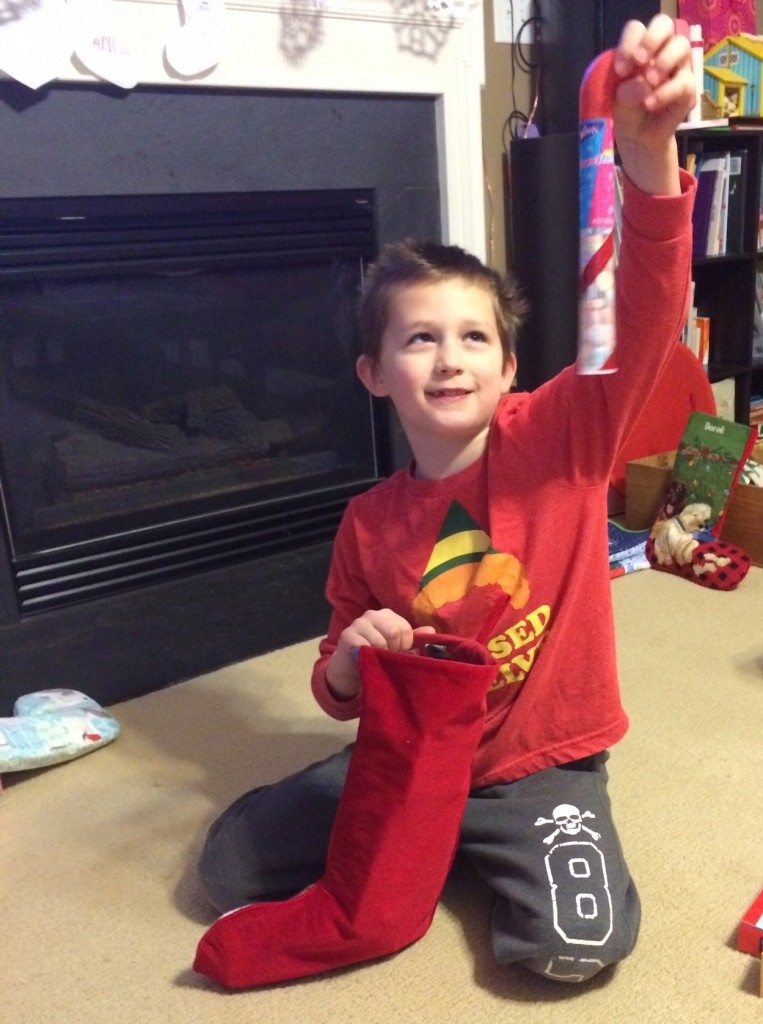 the blue pile was isaac’s. the pink was anna’s. he had less gifts, but also blew through them in record time. anna took her sweet time. cleaning up in between each gift. 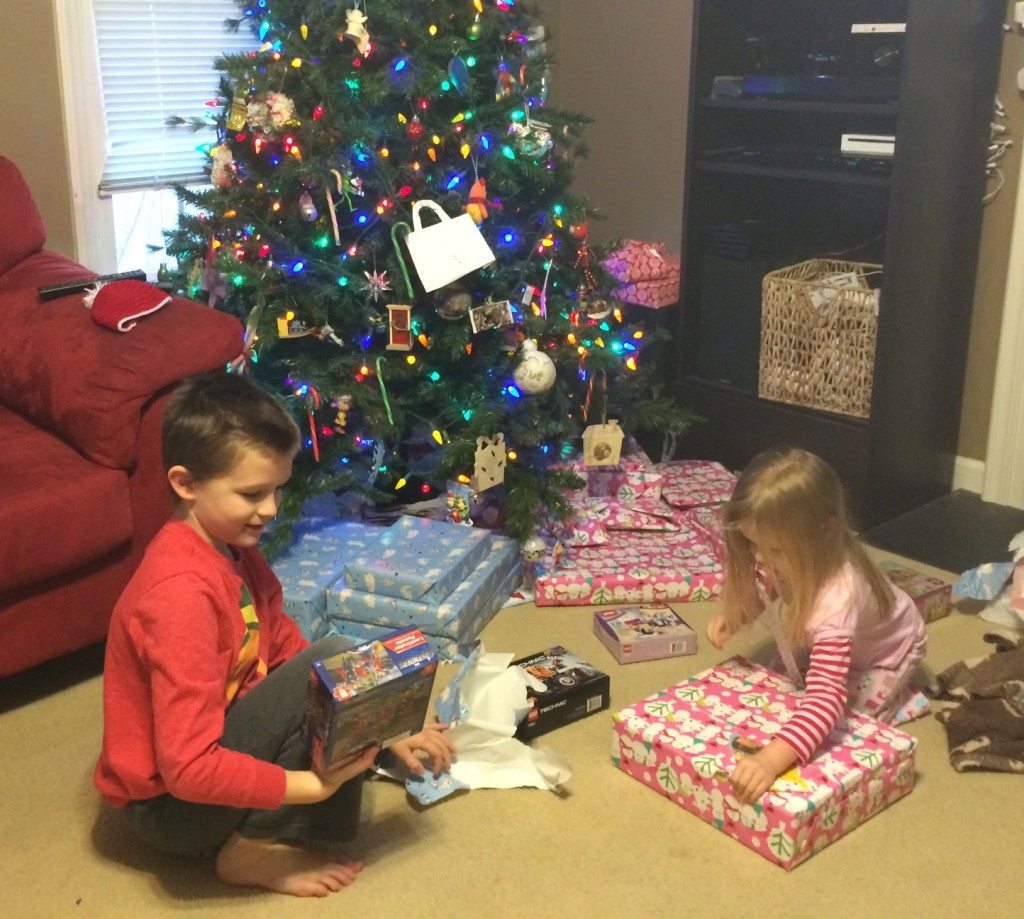 ike’s last gift. the biggest one too. 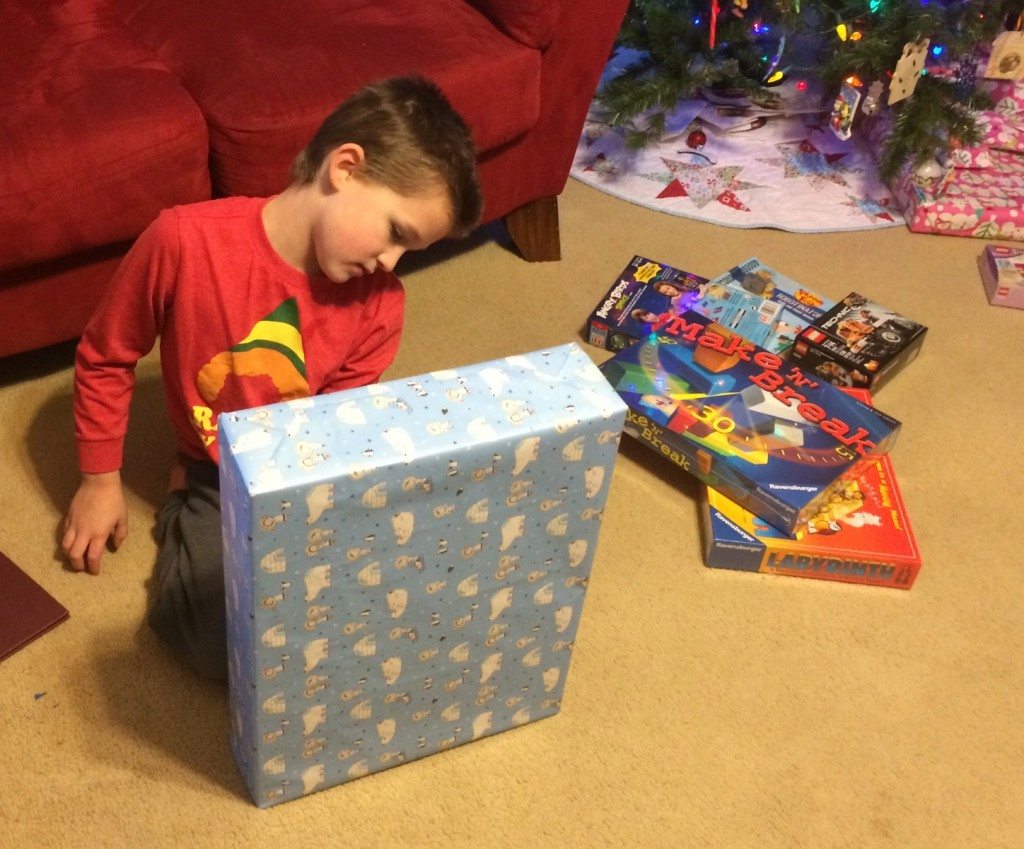 a massive lego city set. he was pretty excited. he loves legos. 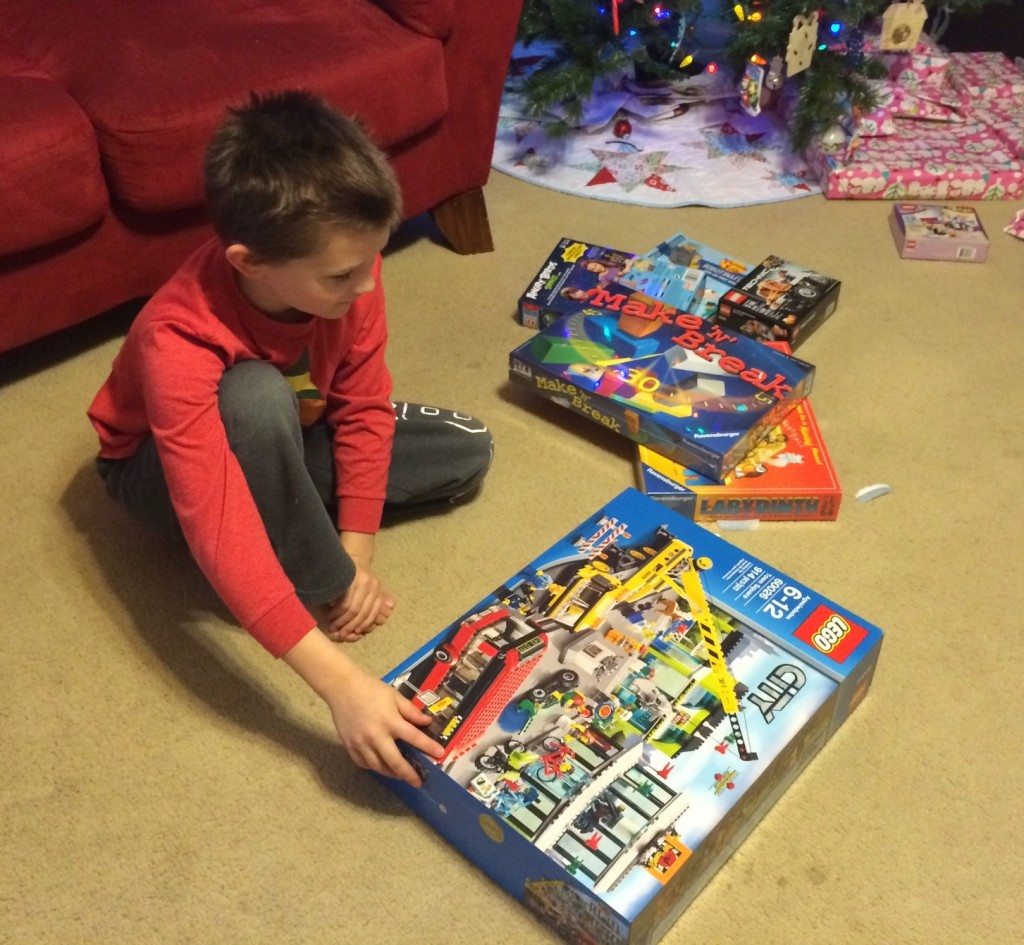 a maisy game. a filler gift, if you will. 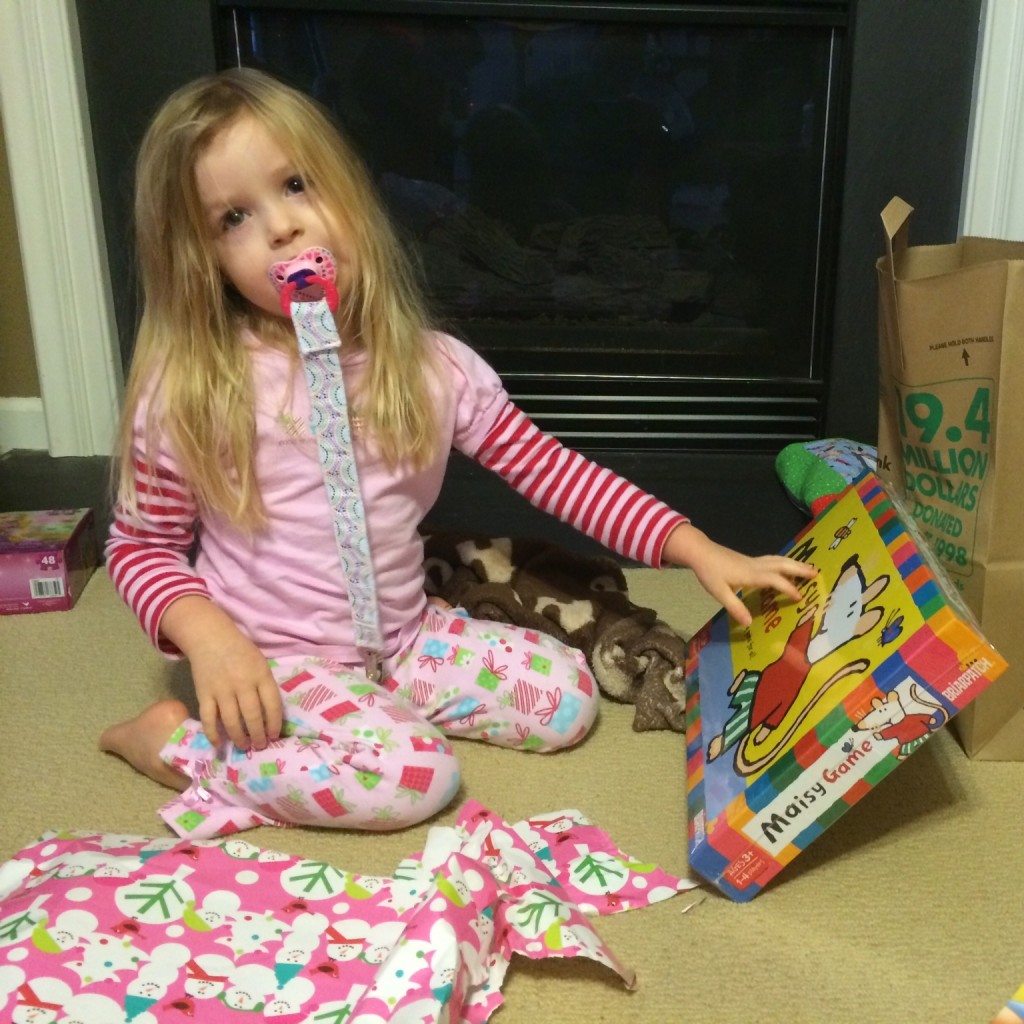 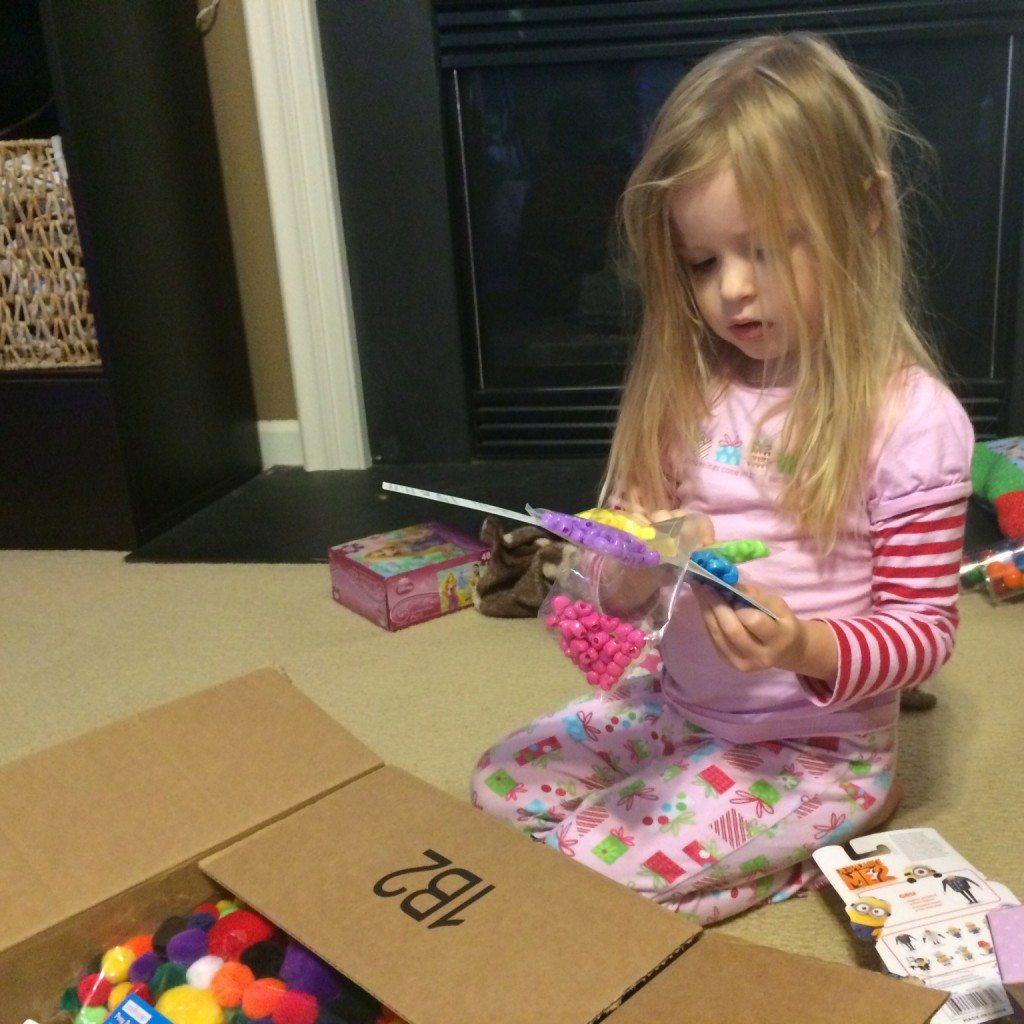 anna’s big gift. a box full of disney princesses. seven to be exact. 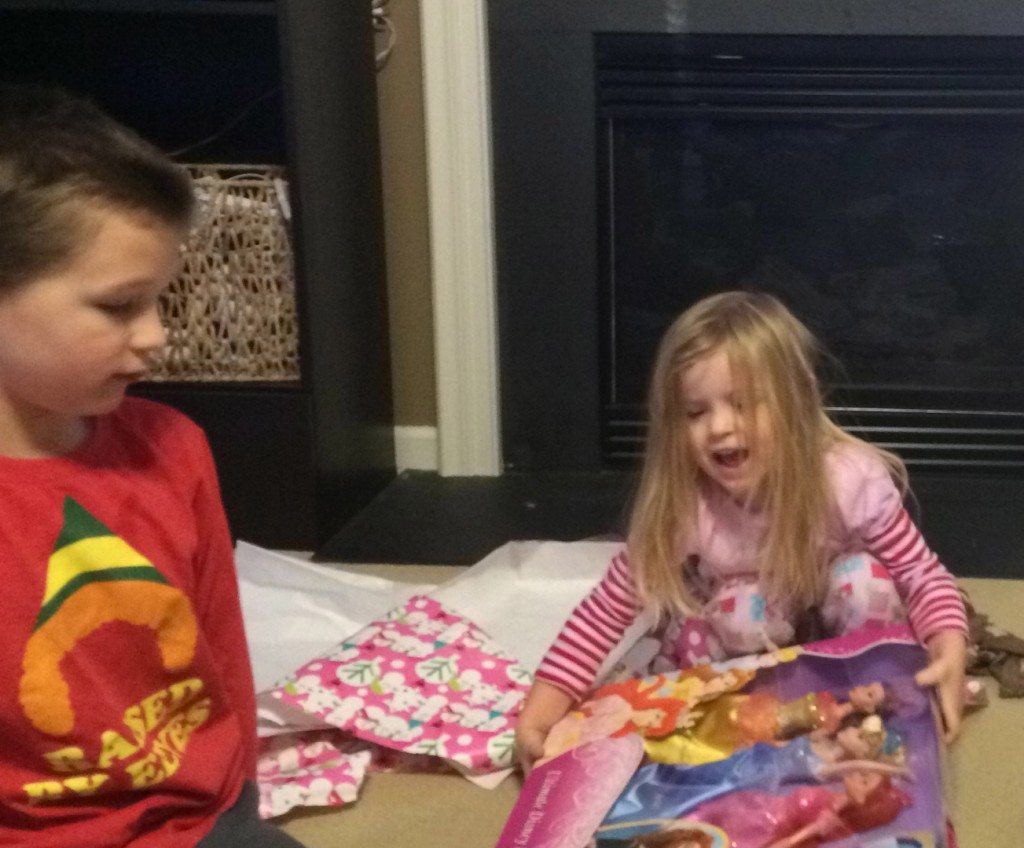 then, we moved on to the gifts from frankie. playmobil camping set for anna. 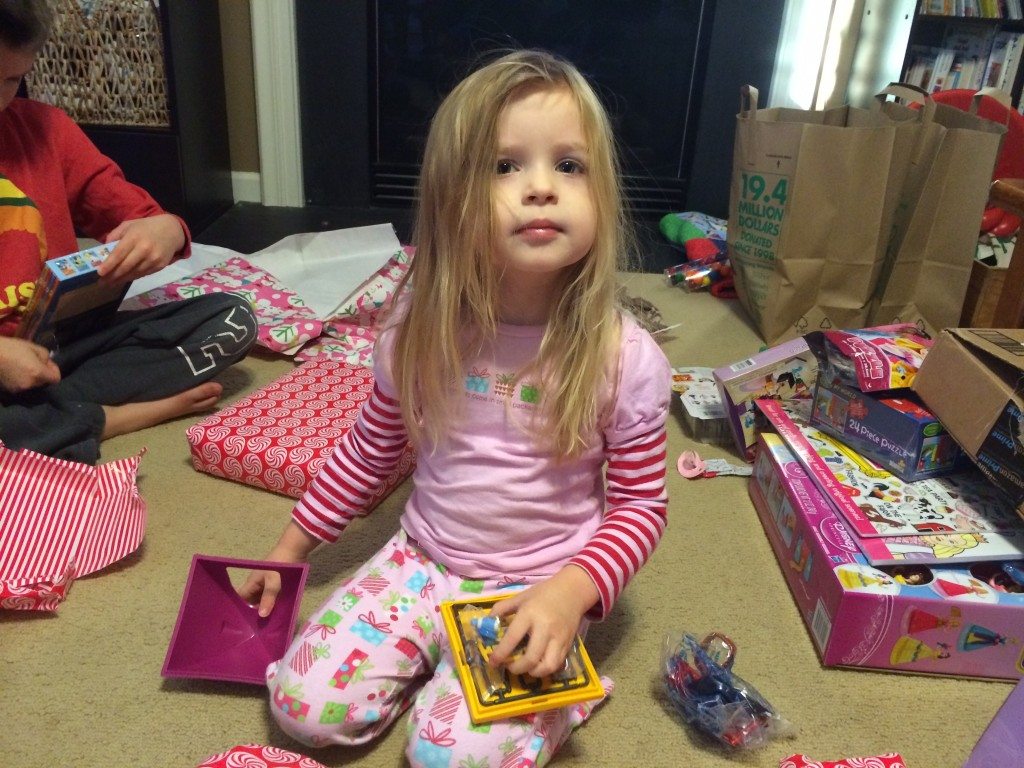 a lego castle for ike. 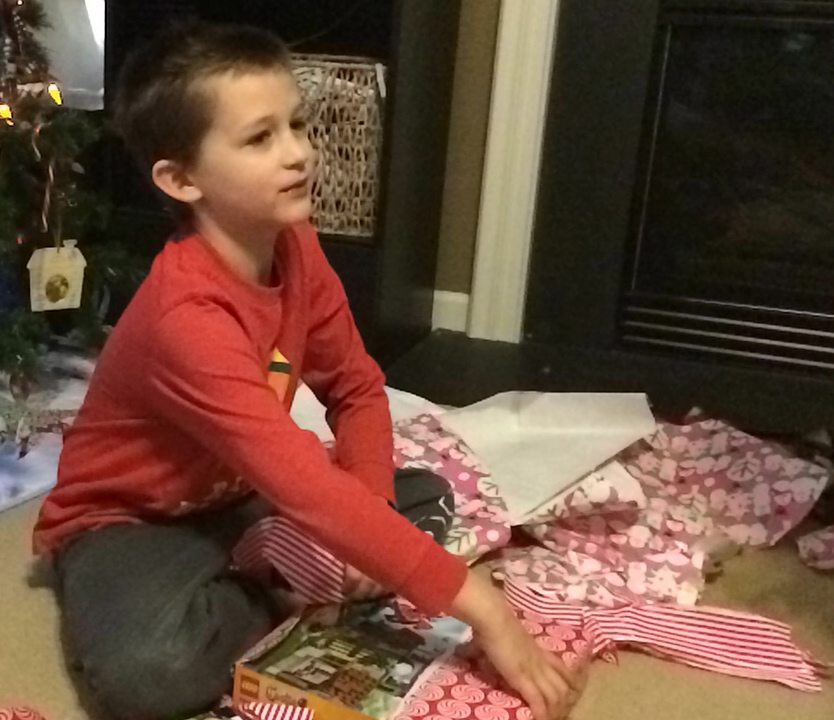 and a stuffed minion for anna. :). 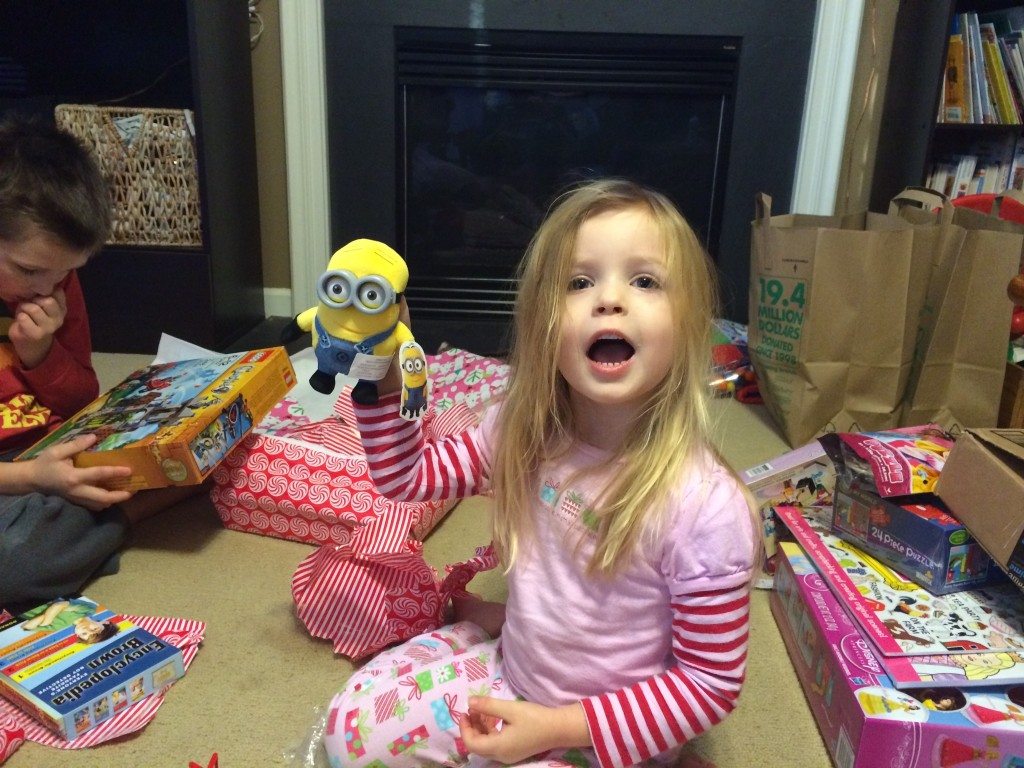 then. i busted out the biggest gift. we scored a super great deal on a new wii u. our wii hasn’t been doing so hot (we got it almost 7 years ago). we decided it would be my gift to the family, lest isaac get any idea that it is his. and since i probably will never play it. it took almost all day to get it fully set up (presumably because the rest of america was setting theirs up too, completely overloading nintendo’s network). 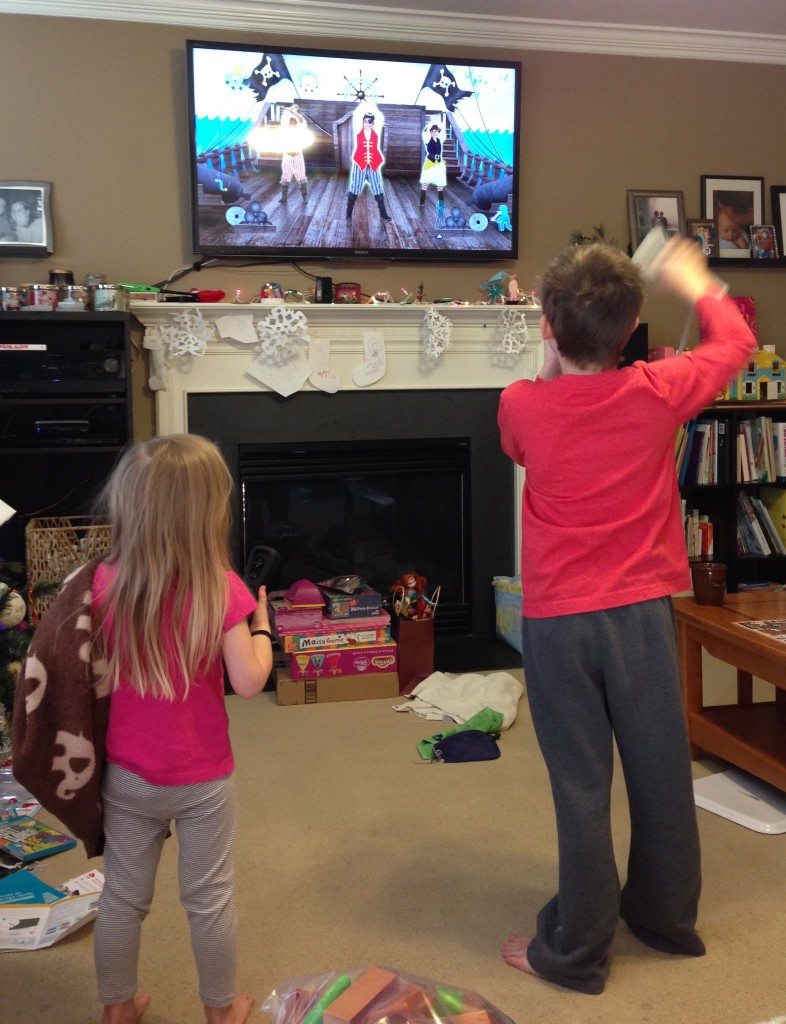 anyhooo… we took a breakfast break. derek put his new grill from frankie to work. 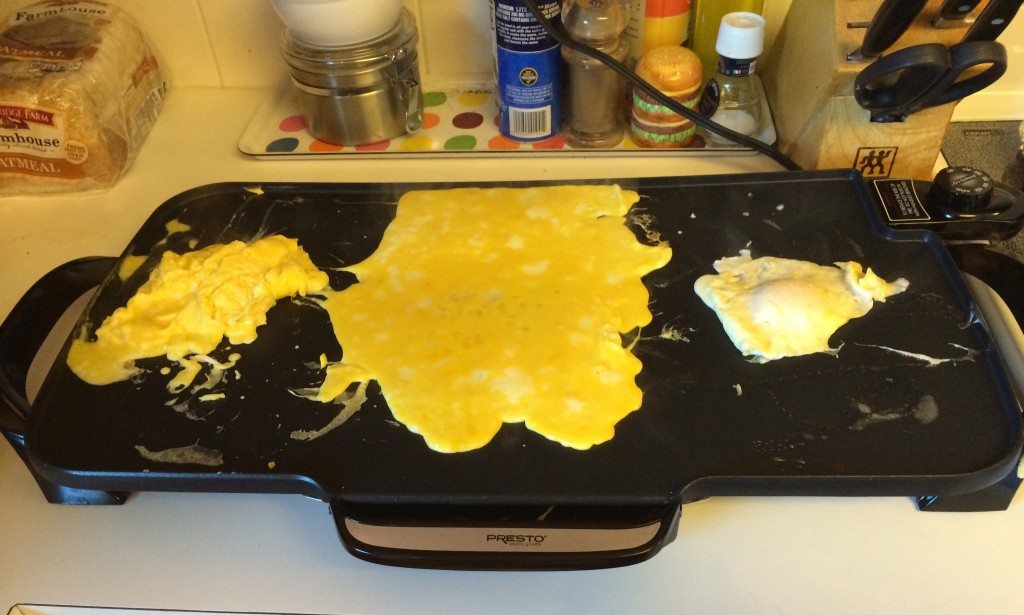 and obviously, we ate an enormous supply of bacon. 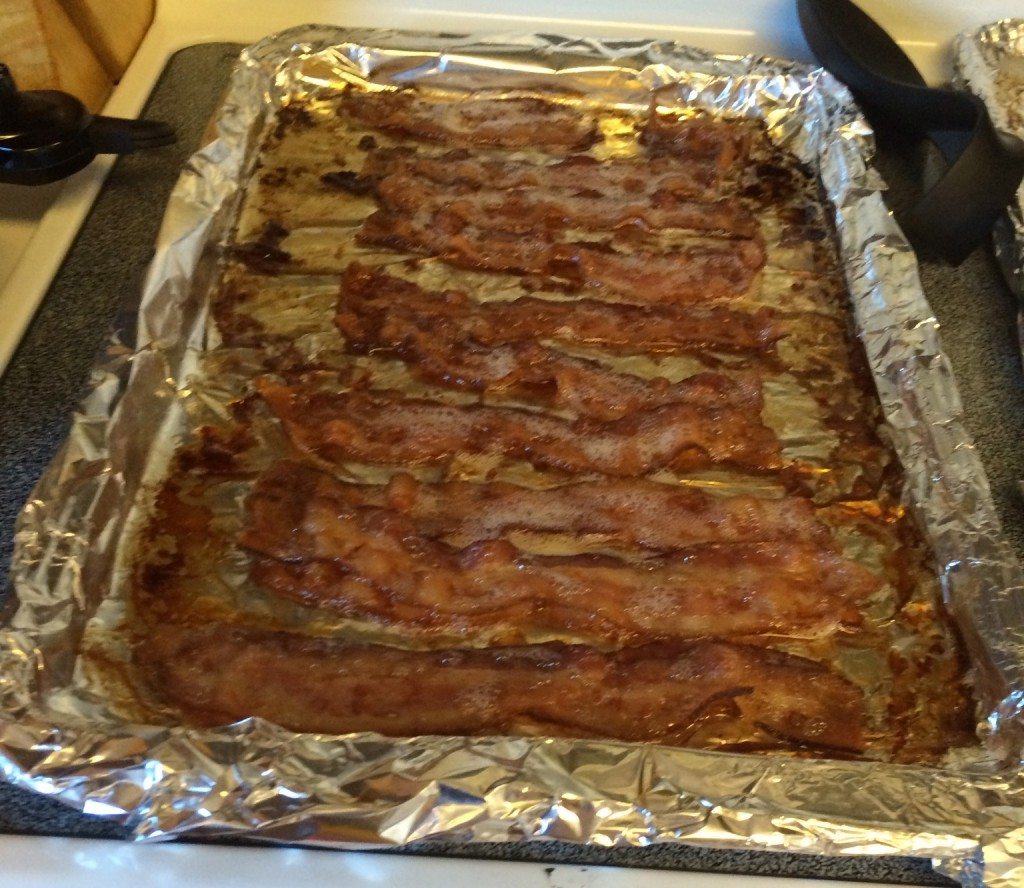 derek’s family came over in the early afternoon and brought chinese. a christmas tradition. 🙂

we played with toys.

attempted to clean the aftermath. and prepare for my parents arrival, sometime in the night.

and went to bed. well, as much as possible with aforementioned newborn.