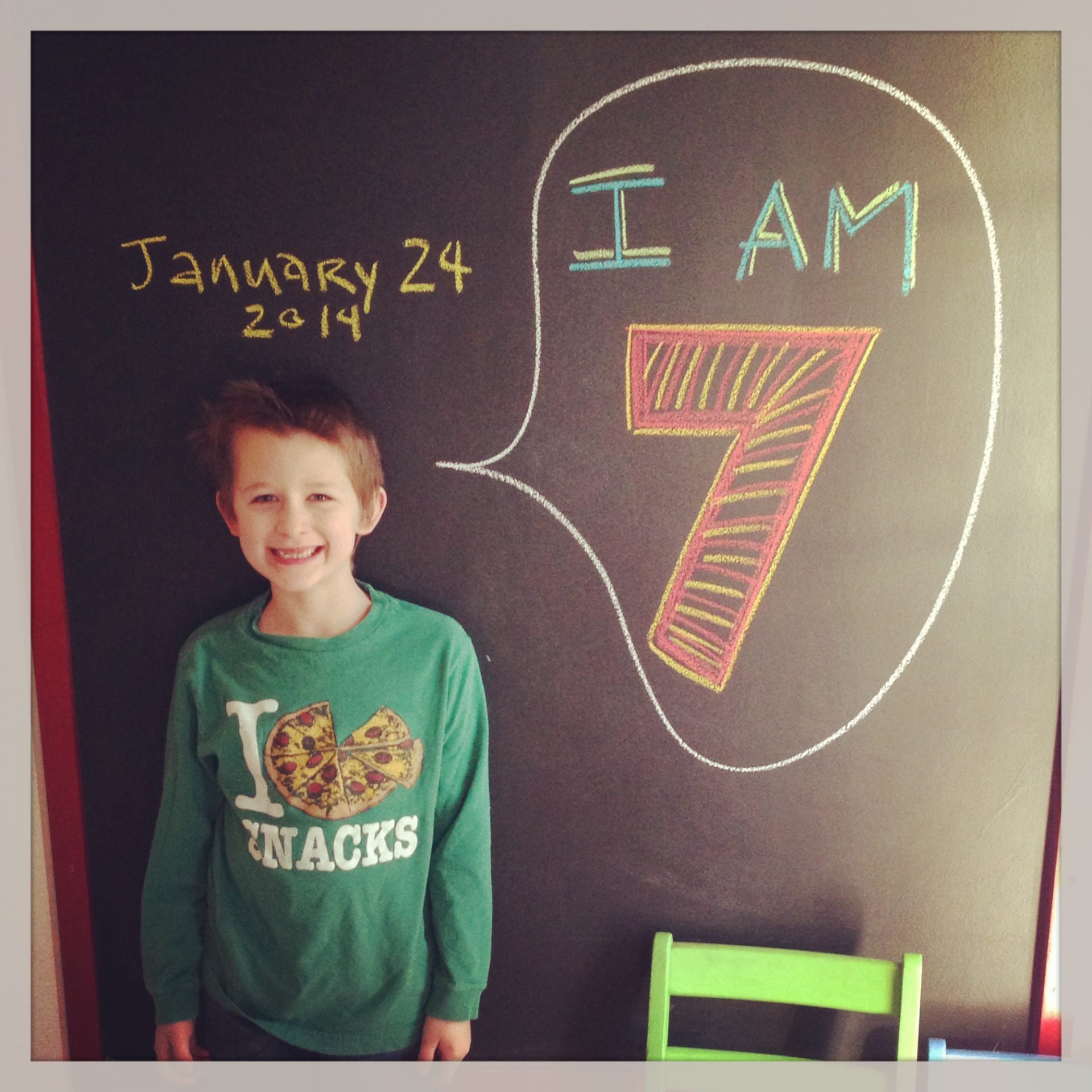 on friday, isaac t. lidbom turned seven. SEVEN.
i can’t even believe it. seems like just yesterday that we were bringing home that screaming little bundle of feisty joy and starting our lives as parents.

he has, for sure, kept us on our toes. he’s packed to the rafters with endless energy. and is completely goofy. and forgetful. and frustrating. and talkative. and smart. and sweet. and annoying. and cuddly. and bony.

anyhow. i’m looking forward to seven. six was a tough year for the boy and us.

we started off the birthday with some chalkboard pictures to commemorate. he was very cooperative. 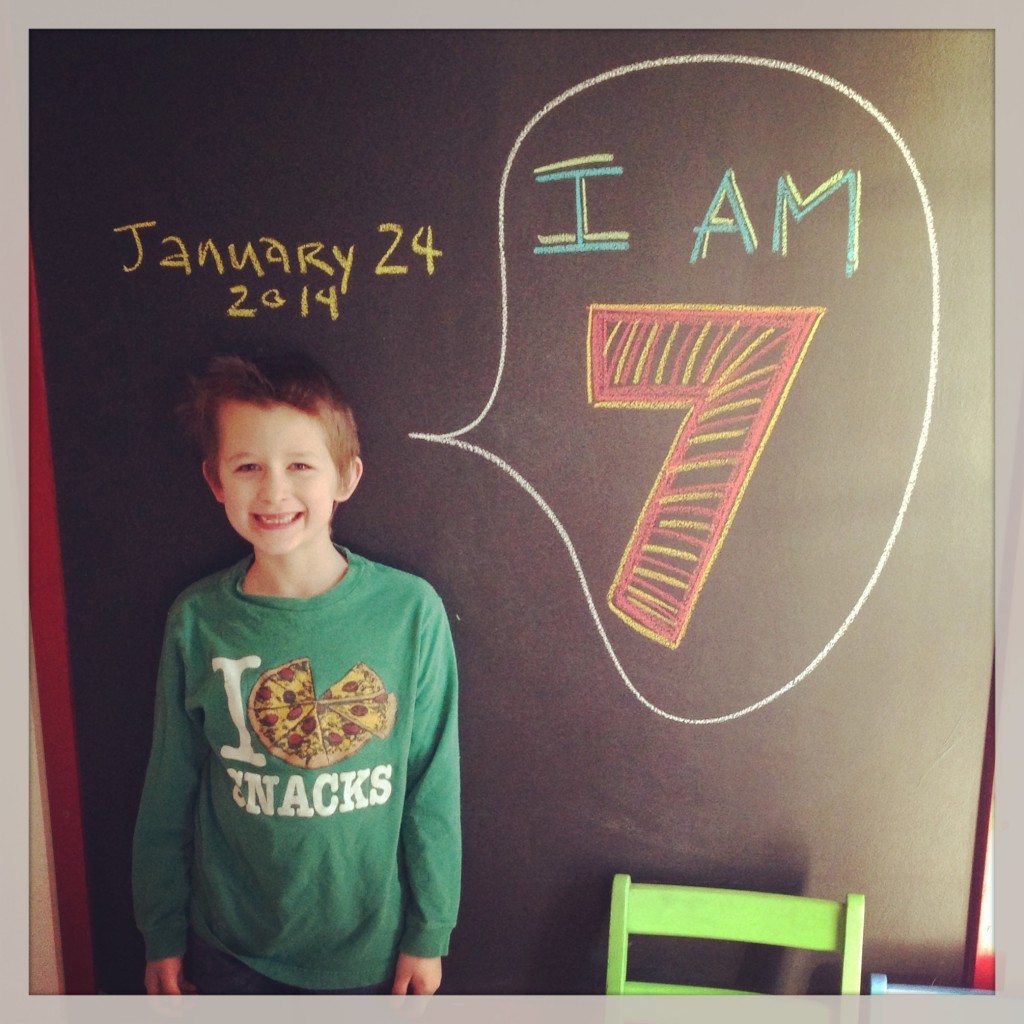 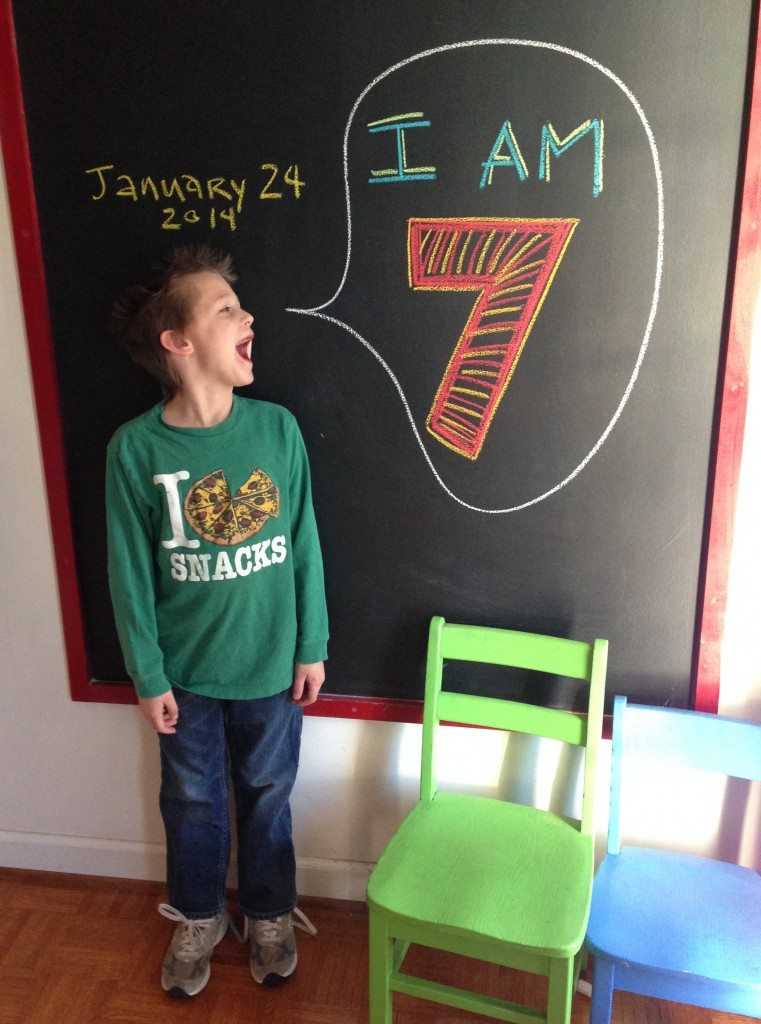 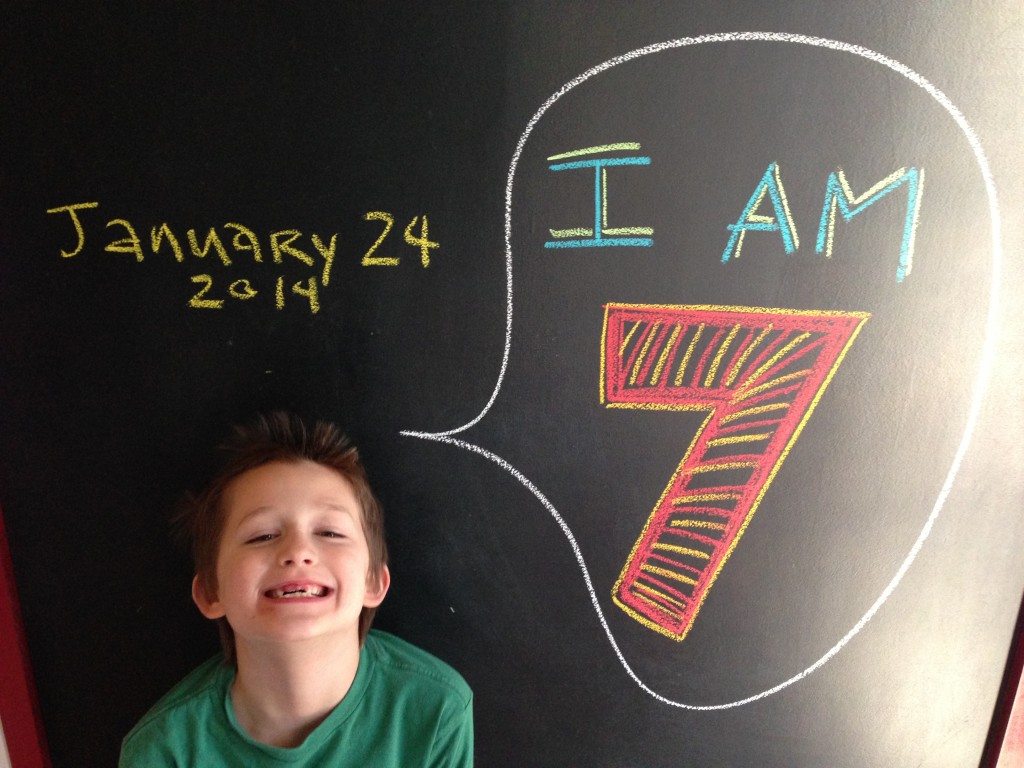 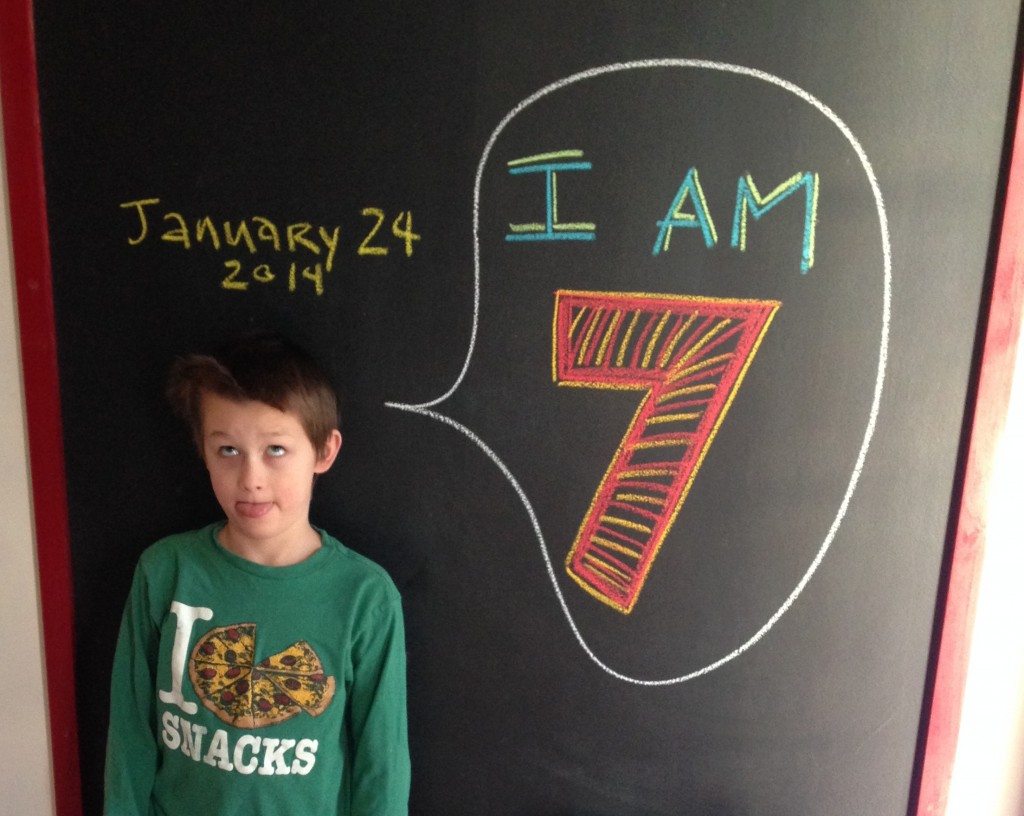 his birthday started off with a two hour delay at school. because it’s cold. it gave us time to make up some delicious bacon, for the bacon loving first born of mine. 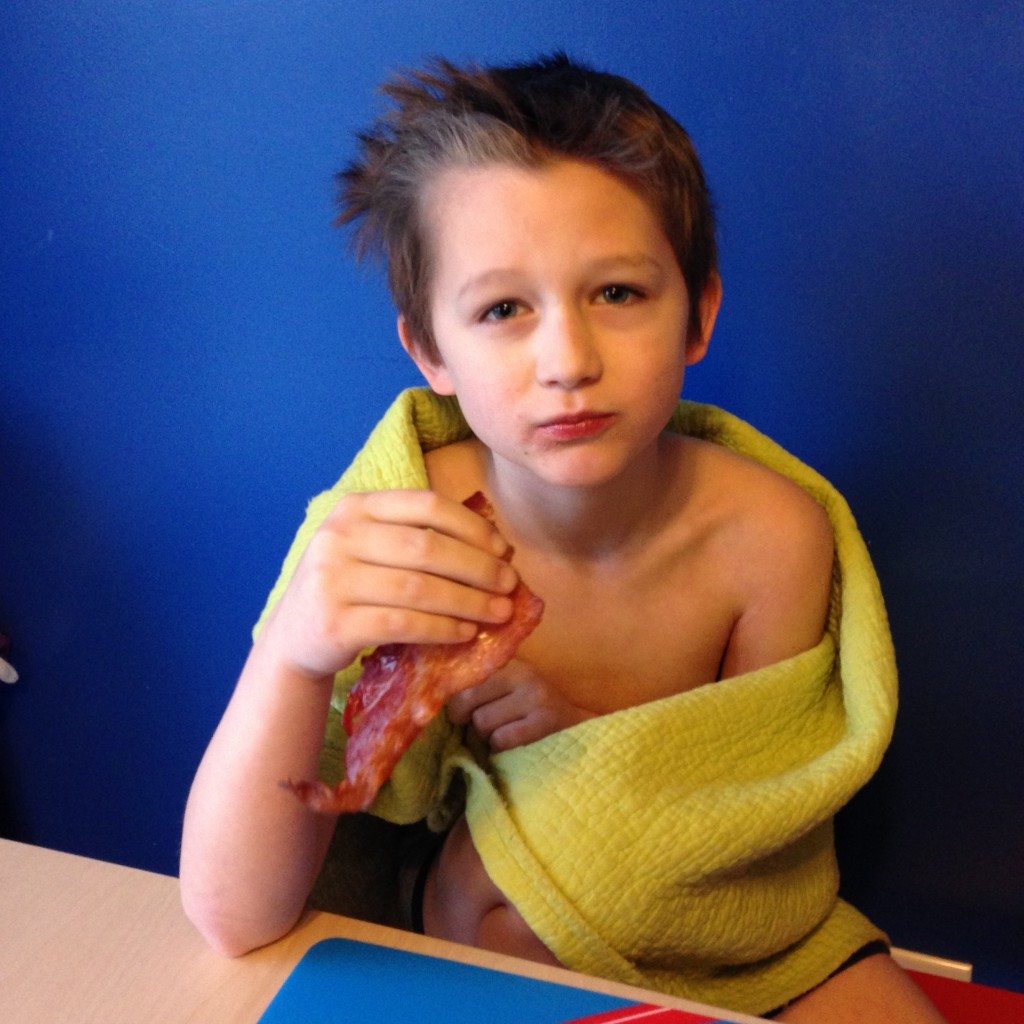 i had asked isaac what he wanted me to make him for his cupcakes for school. you would think having a cake decorating mom, he would take full advantage of my arsenal of supplies and skills. nope. he wanted some plastic party favor rings. first he chose superheros and american flags. i talked him out of the flags, explaining that the classmates that got the flags might be less enthusiastic about america than he apparently is. 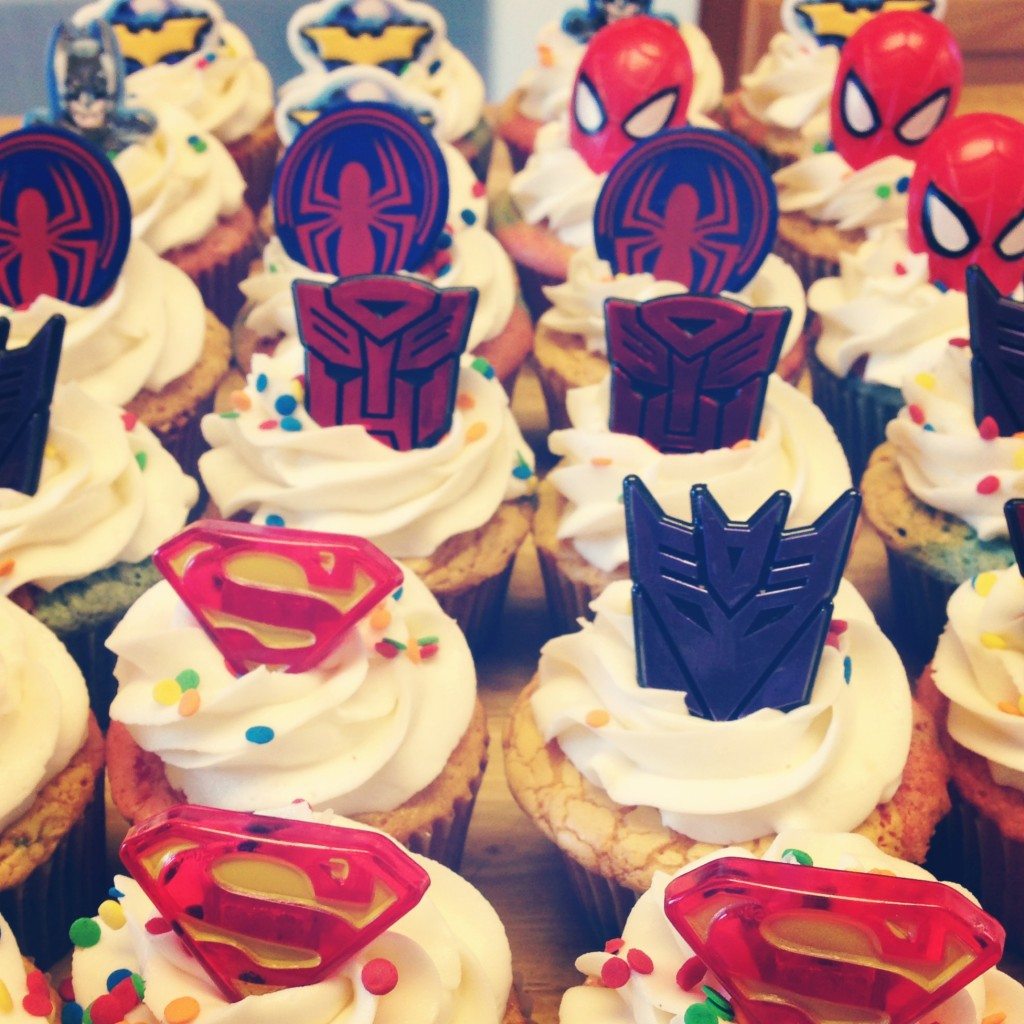 after dropping ike at school at 9:55, we headed BACK up for lunch at 10:30. (1030 lunch is kind of ridiculous on a regular day, but even more so on a two hour delay day). anyhooo… we sat with him and a friend and had lunch. passed out cupcakes. and before i could get a pic, he had devoured his and all that was left was the superman ring. 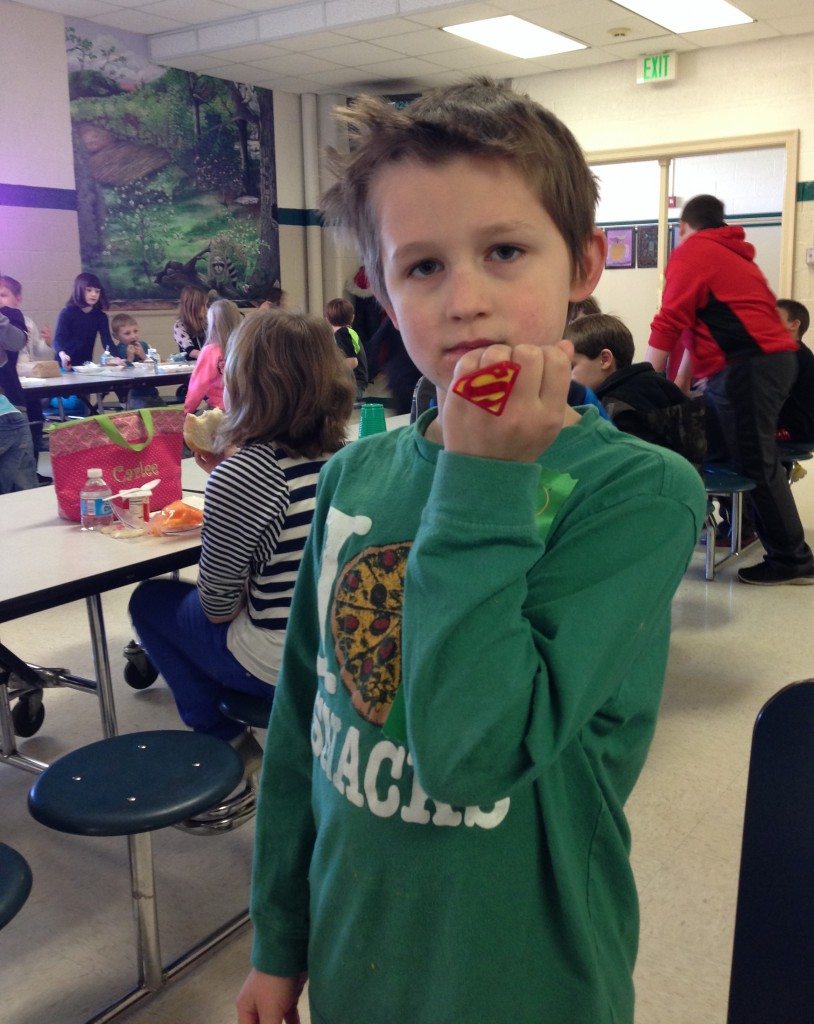 after school, his grampa picked him up and took him to toys r us, for a birthday shopping spree. he came home with (surprise!) legos. and we had dinner with the grandparents and more cupcakery. (plastic ring free, this time). 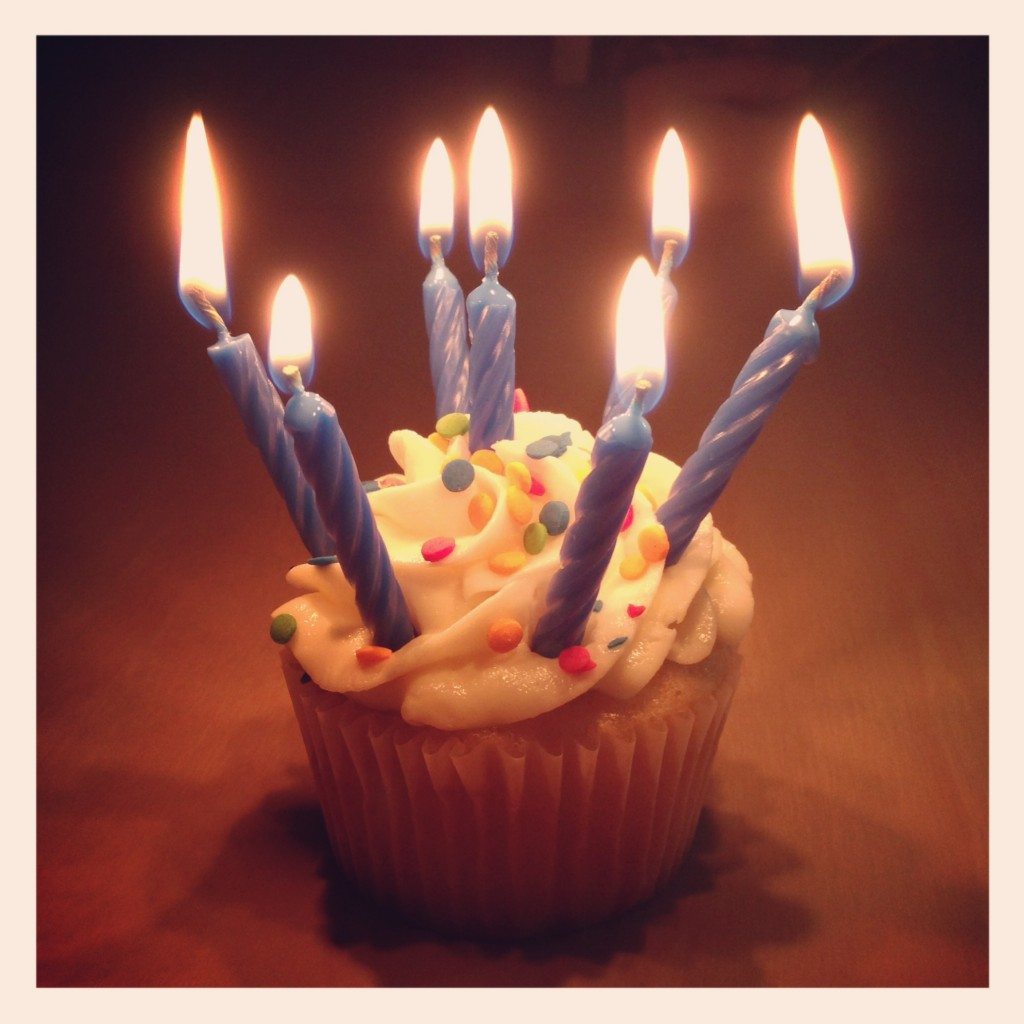 happy birthday to this guy. 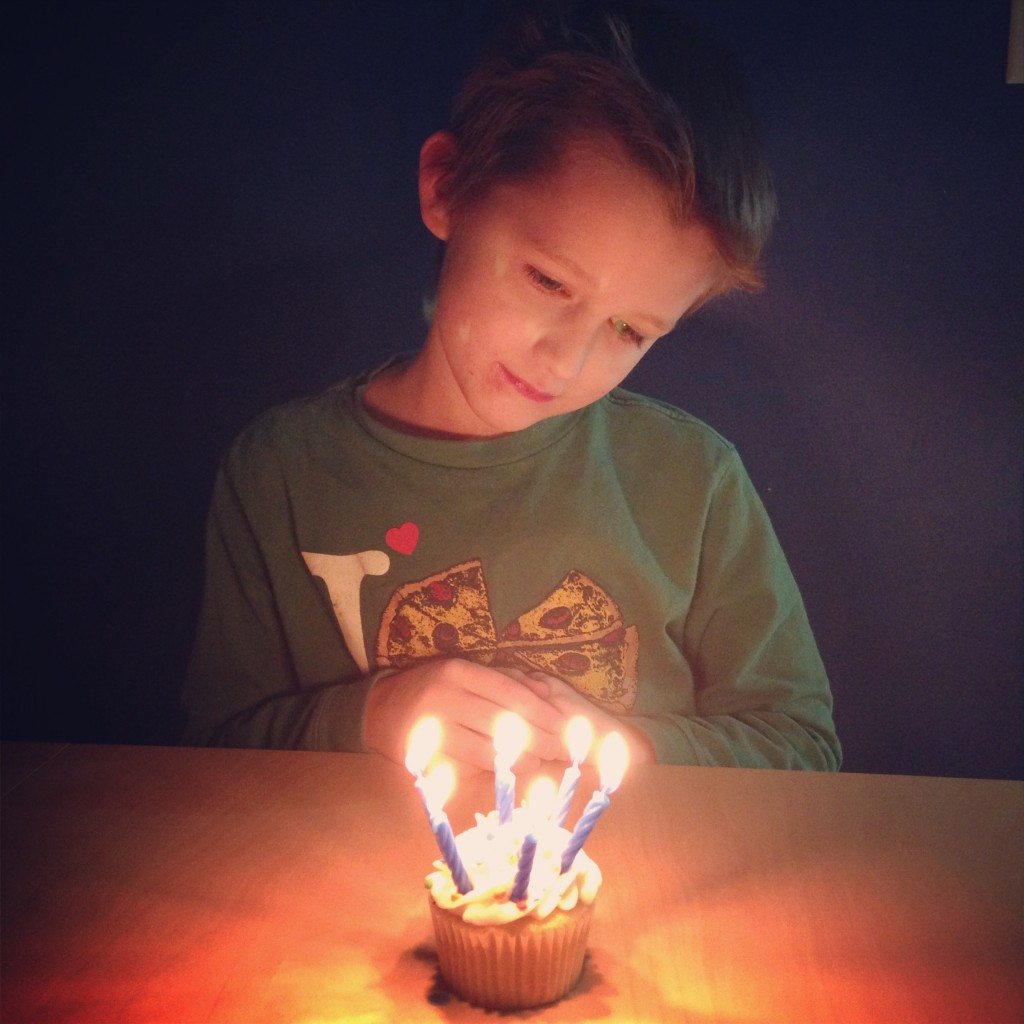