So, here’s some shots of the boy and his rash. It doesn’t really seem to be bothering him too much. He’s crabby, but I don’t know if that’s from the rash, or the cough he’s had, or the lack of sleep we’ve suffered from lately. The doctor didn’t seem too worried about him, and thinks that the rash will run it’s course and he’ll be fine. And we got a prescription for little man cough syrup. Anyhow, without further ado: 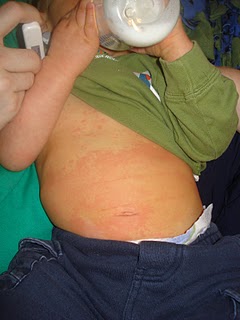 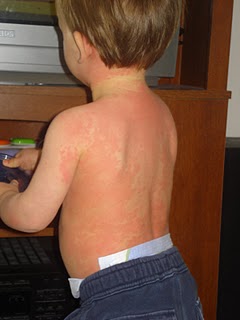 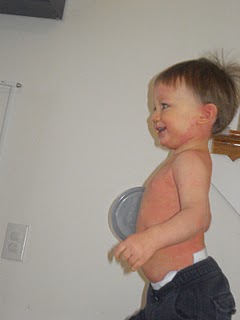 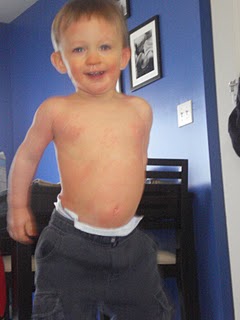 And here’s a retro pic from one year ago today: 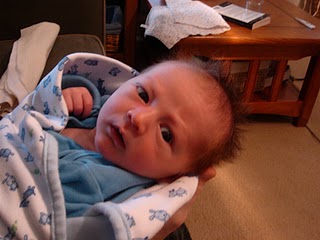