for those not in the batavia new york “know”… after the st. joe’s carnival (see previous post), comes the stafford carnival. since we were all carnivalled out, we only went to the carnival kickoff event — the parade. it was pretty rough… lots and lots and lots of firetrucks. and lots and lots of space between them. we left early. here’s some pictures.

isaac and debbie waiting for the candy tossers: 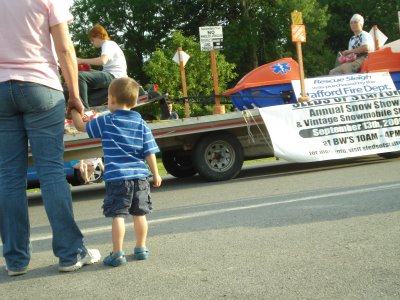 an obnoxious bigger girl taking candy that has clearly landed on isaac’s parade property (he didn’t quite understand what to do about the candy raining down from the heavens): 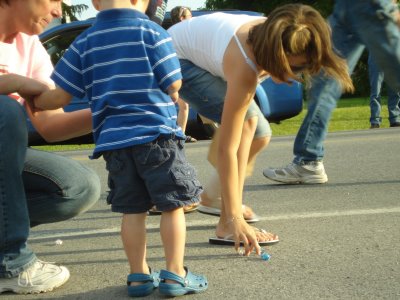 checking out a big tractor: 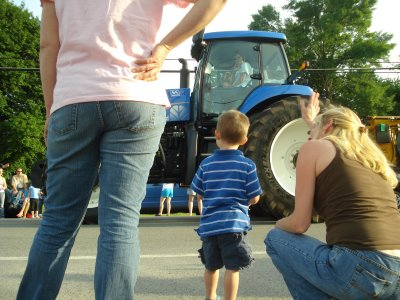 checking out a tootsie roll: 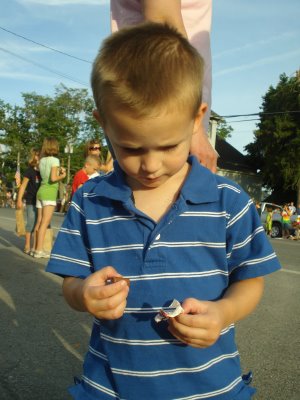 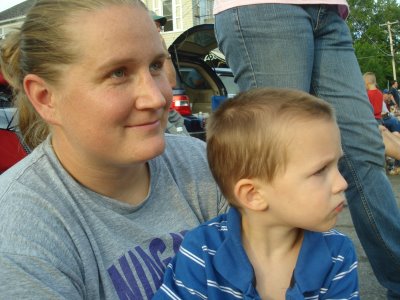 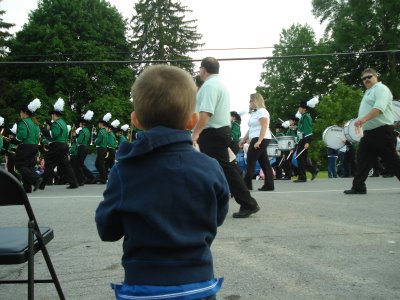 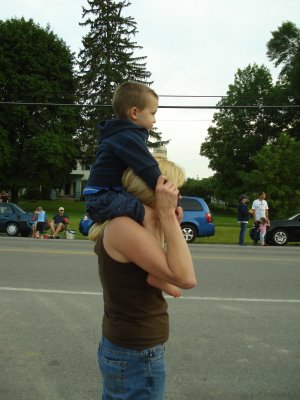 posing for a photo with our $8 thomas balloon that lasted until the following morning when it met it’s demise after a nasty confrontation with a ceiling fan: 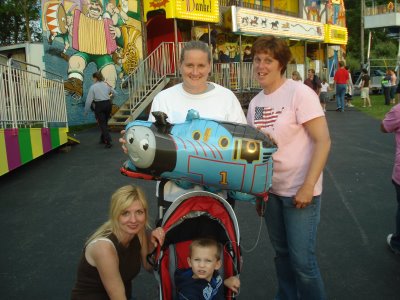 (note: to be fair, grampa terry gave isaac a whopping $2 to buy a balloon at the parade, so i only had to pony up $6 for the thomas balloon.)