isaac’s birthday was on january 24th, but since we were in ny a) we didn’t get a chance to celebrate with his nc family and b) i didn’t get to make a cake for him.

the b) part was the part that was making me a little sad. i make cakes for so many other people. strangers, even. and then, when it’s my own kid’s birthday, i buy an $8 cake from bj’s wholesale. and he didn’t even like it. we picked it out because the adults at the party would like it.

before we made the spontaneous (and expensive) (and frustrating) trip to ny, isaac had been trying to decide what sort of cake he wanted. it bounced around from a chick fil a cake (whatever that is). to thomas the train. to a heart cake (which i would have talked him out of had he settled on). and then he finally decided on a “the man game” cake. which is what he calls super mario bros.

so, in an effort to keep myself sane, i went with cupcakes. and did my best at creating some memorable characters from super mario bros. mario himself looks a little crazy, but he was the last one i made and isaac’s patience with my ignoring him was growing thin, and my patience with isaac’s attempts to gain my attention and destroy my house was growing thin… so he’ll just have to look a little crazy, i guess. 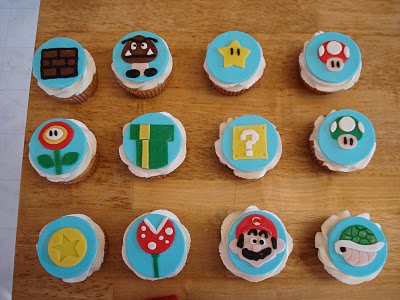 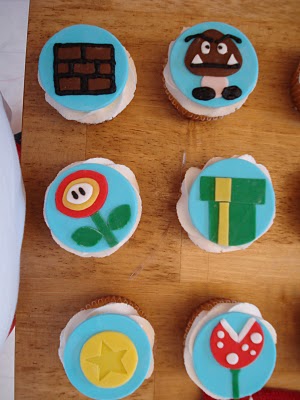 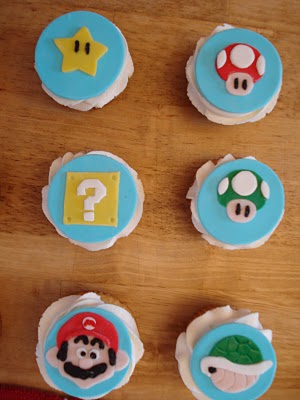 2 Replies to ““the man game” cupcakes”