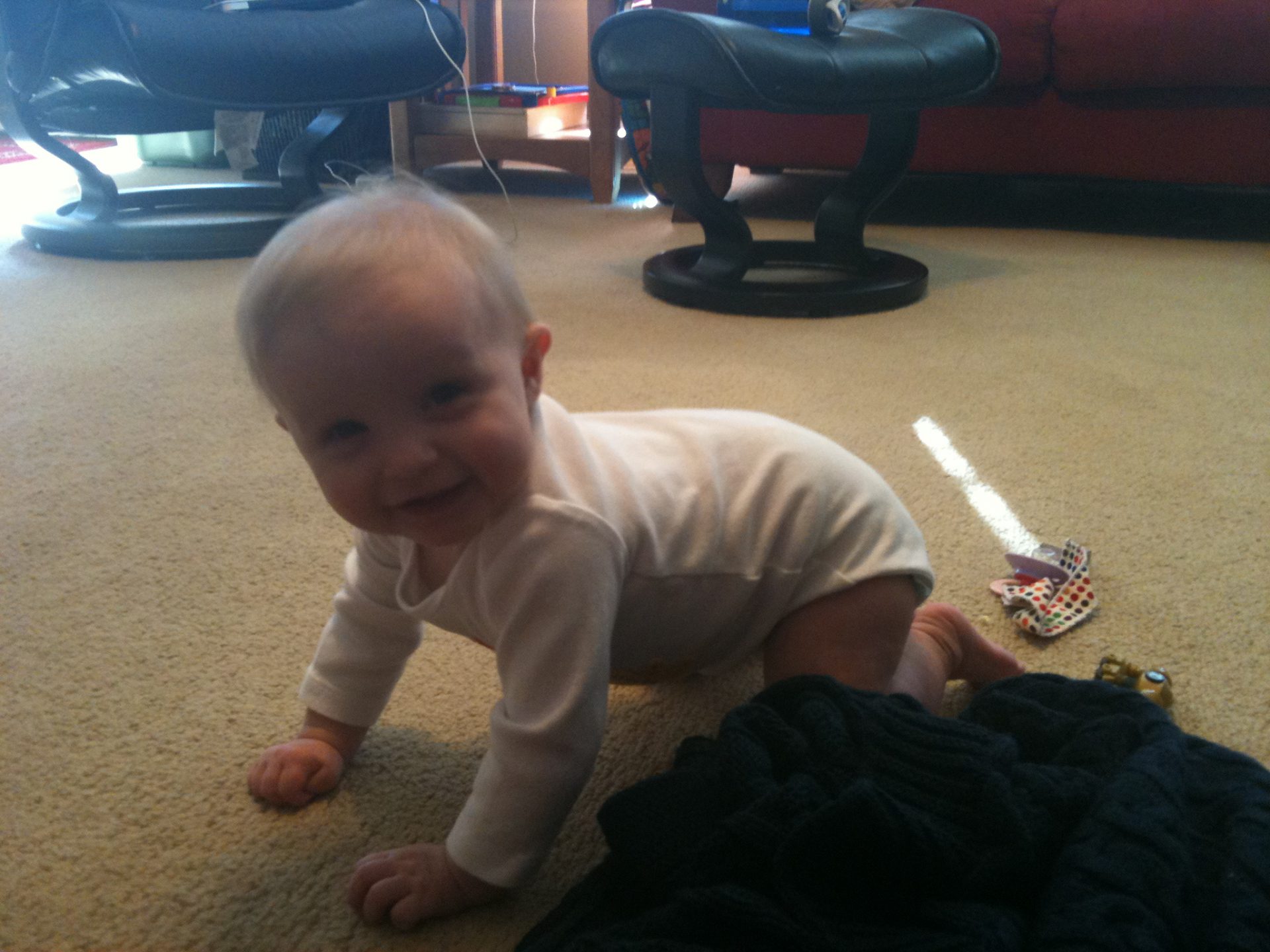 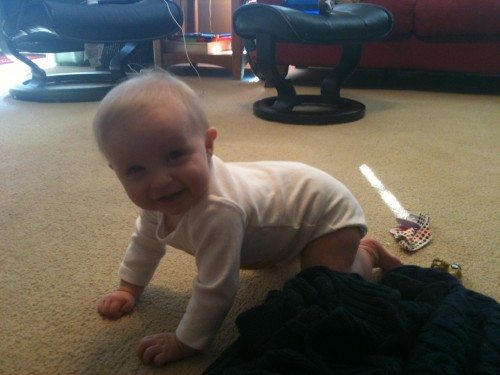 yesterday marked 6 calendar months of life for the sweet anna baby. i really really meant to post on time for this milestone, but then isaac stole her 1/2 year birthday thunder by projectile vomiting all day.

(note: we took him to the doc’s and it seemed to just be a common bug and he’s much better today. now i’m just waiting for the rest of us to pick it up. particularly the mom who slept in the bed with him last night.)

anyhow… so, anna is six months old. she’s so on the brink of crawling. she can flop her self around to get where she (thinks she) needs to go, but gets pretty frustrated at her own inefficiency. i’ve thought she’s been on the brink for like a month though, so there’s no telling when she’ll actually take off. 🙂

she’s starting to develop quite a little personality. and by “personality”, i mean flair for drama. when she gets something awesome (think: wad of paper, sharp object, isaac’s toys) taken from her, she screams until she can’t breathe. it’s actually a worse cry than when she gets hurt. she’s very friendly and loves to smile and show off for complete strangers. i really think she’s a bit offended when people don’t stop to tell her how cute she is in public places.

she loves loves loves isaac. she watches him and laughs at all of his antics. they both seem to share a love for slap stick humor and isaac is often glad to oblige, by hurling himself off furniture for her entertainment. she loves to play peek-a-boo with him and really loves all of his tiny little toys, much to his dismay.

she’s a happy little camper and really turning into a super fun girl. isaac can’t keep his paws off of her which often resulting in her crying, unfortunately. he loves playing with her. he’s only once (very recently) said that he doesn’t want her anymore. that’s much better than i would have expected six months and two days ago. 🙂

well, anyways, we went to the doc today for her 6 month check up. and shots. boo.
she’s 28 inches long (95th percentile) and 15 pounds, 10 ounces (50th percentile) and i don’t know what her head size is, but it’s the 75th percentile. the shots were not well received, which i expected. and now, she’s been asleep since 10:45ish (it’s 1:07). all that action wore her out. and i’m not complaining, considering the terrible night of rest i got sharing a bed with a vomiting 3.5 year old. 🙂

No comments yet
anna isaac milestones