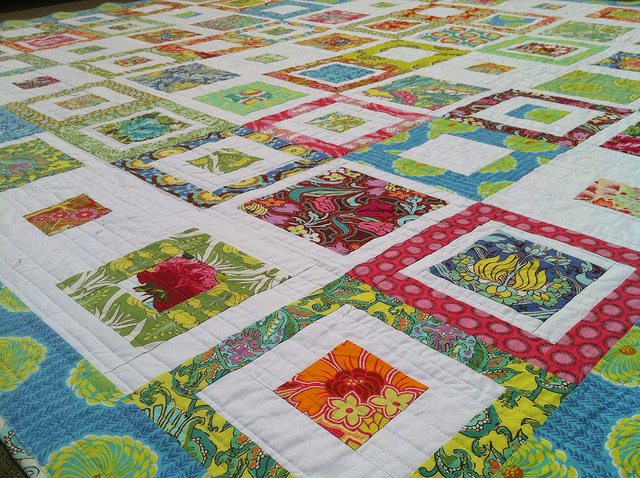 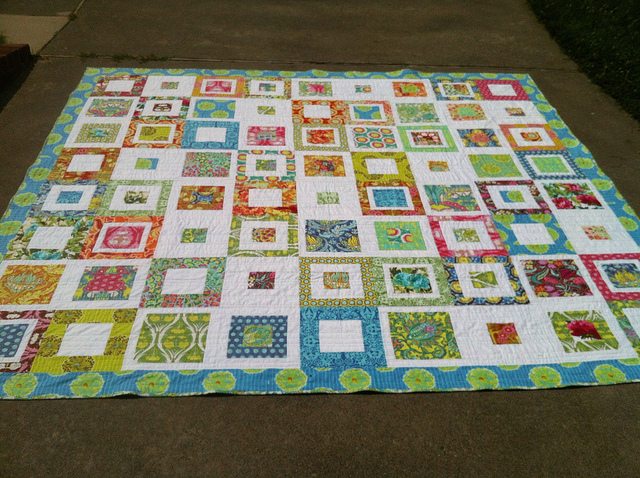 last JULY, i strolled into karen gray’s (now the little general) looking for some inspiration for my next quilt. i wanted to make a king quilt for our bedroom. even though i had no kids with me, i still made an impulse purchase of a fat quarter bundle of amy butler’s soul blossom line. 33 fat quarters. 96 bucks.

i got home and immediately had buyer’s remorse. i wasn’t sure i liked it. i finally decided on a plan and got started. then, i hated the plan. fortunately, i hadn’t gotten too far yet, when i happened upon this tutorial from fresh lemons quilts. i adjusted the measurements, to make bigger blocks. and the layout, because i would be making more blocks. and used the blocks i had already made, of course. 🙂

after i got the top finished, it sat for a very long time, because i wasn’t too excited about piecing the back. once that was done, it sat some more, because i wasn’t sure about how i wanted to quilt it (send it off and pay someone to do the dirty work, try my hand at the long arm, or cram it through my machine). i decided to do it on my machine, because it’s free. then, i had to find a space big enough to lay this sucker out and baste it (a classroom at calvary baptist).

view from the retaining wall. 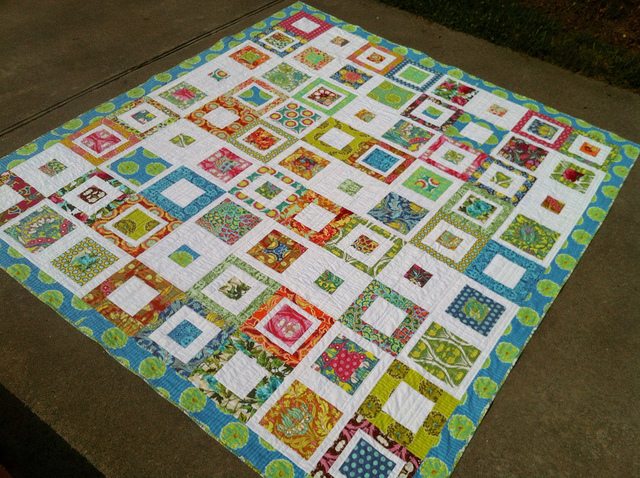 pieced back. originally, i had enough of the blue fabric (on the far side) to put on both sides. then, i trimmed the blocks a bit more than i had planned for and needed a border on the top to restore the quilt to the king size i was shooting for. so, piecing the back was in order. 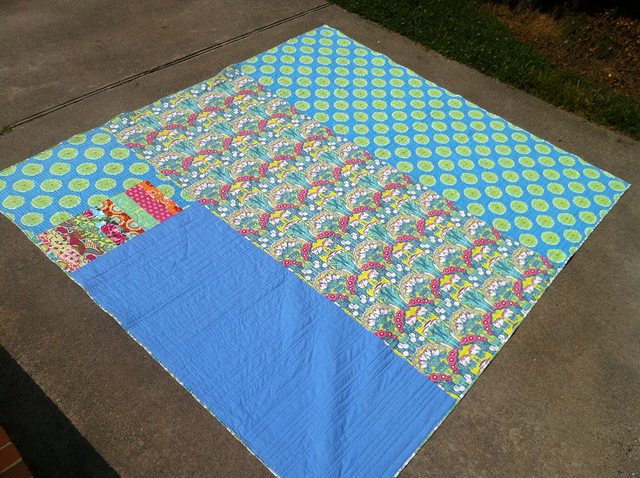 i knew i would never succeed at perfect straight lines. and even if i did, then it would draw attention to my not-perfectly-straight piecing. i was nervous to try anything else on this thing, since it was so big. so, i went for “organic” straight lines. only, instead of looking “organic”, they just look “sloppy”. not the look i was really going for. but, i’m not ripping anything out.

you can see the quilting best on the solid section in the back. 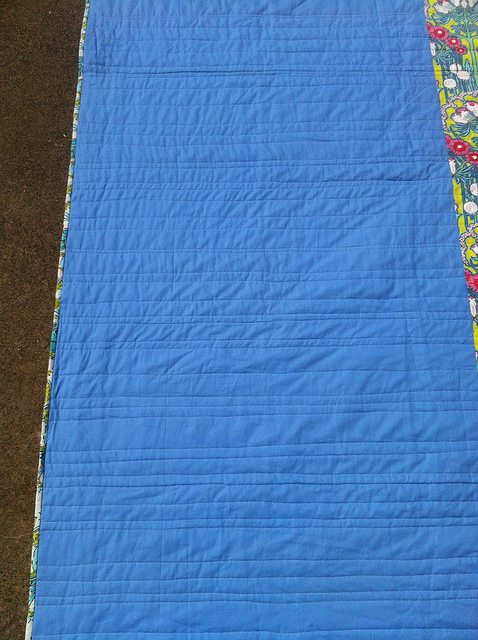 by the time i was ready to make a decision on my binding, soul blossom fabric was hard to get your hands on. i liked a different print, but had to make do with this one. i actually really like it. 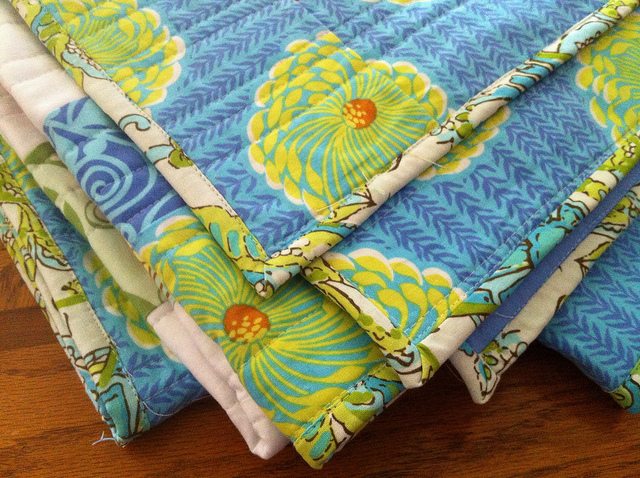 (excuse all the unclipped threads. i was excited to get this post up.)

anyhow, i’m glad to have this off my plate almost a year later. it was one of those projects that i never really felt super excited about. the more i looked at it, the more i got tired of it. i kept hoping that when it was all done, i would love it. i figured, worst case, i could sell it on etsy. i don’t lovelove it. but, i am relieved it’s done.

and it looks good on our bed… 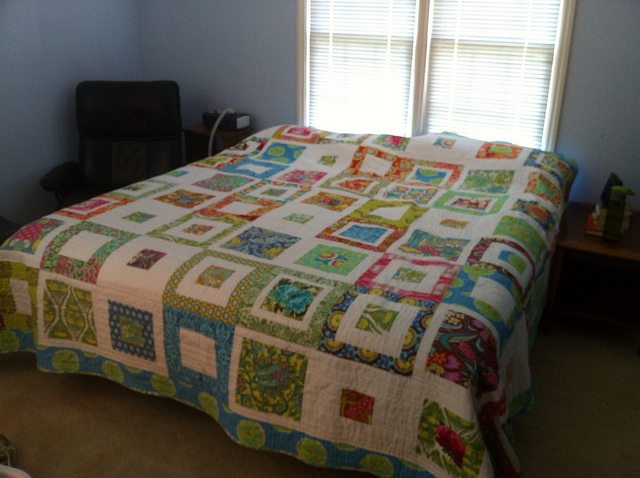 it’s the last king quilt i’ll do for a very long while.