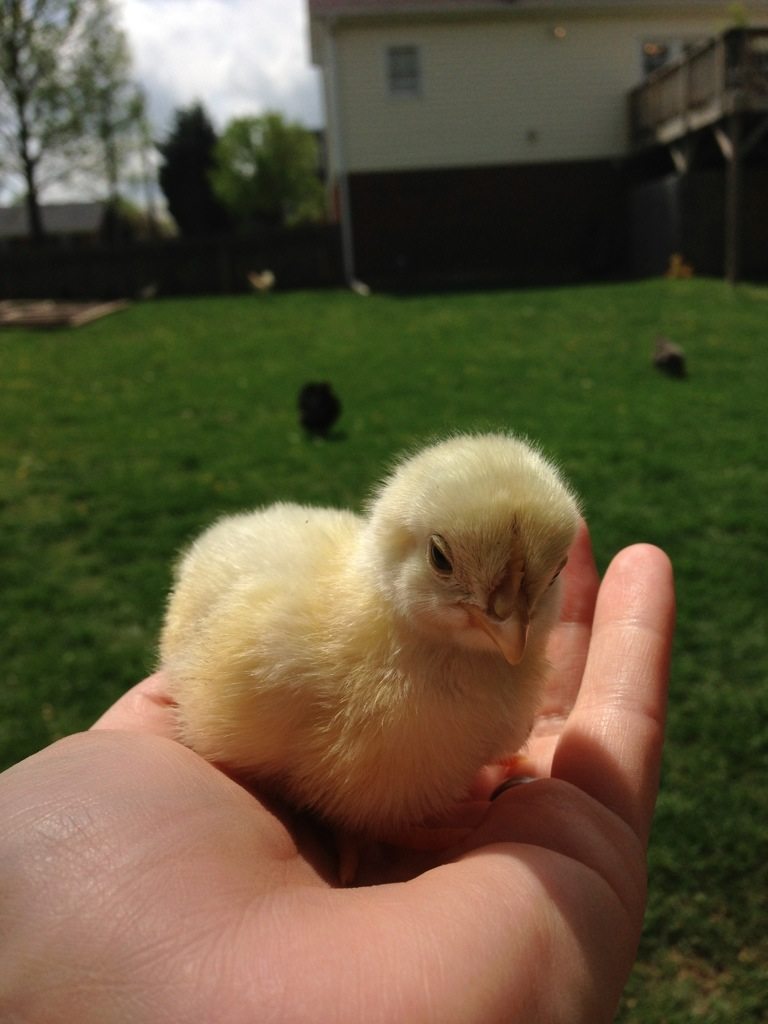 we returned from the mountains to find four, fuzzy, cute, little friends in our chicken coop. and one angry, vigilant, protective mama. 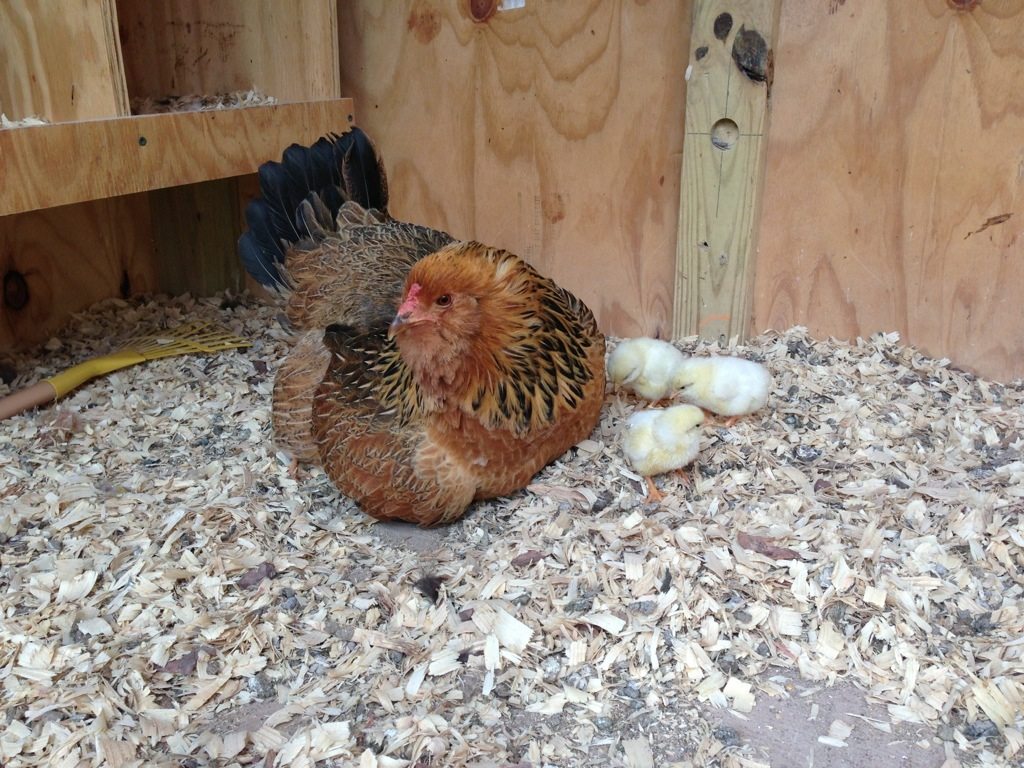 we knew there was a chance the eggs would hatch over the weekend, based on when she went into egg incubating mode…

the kids are in love. 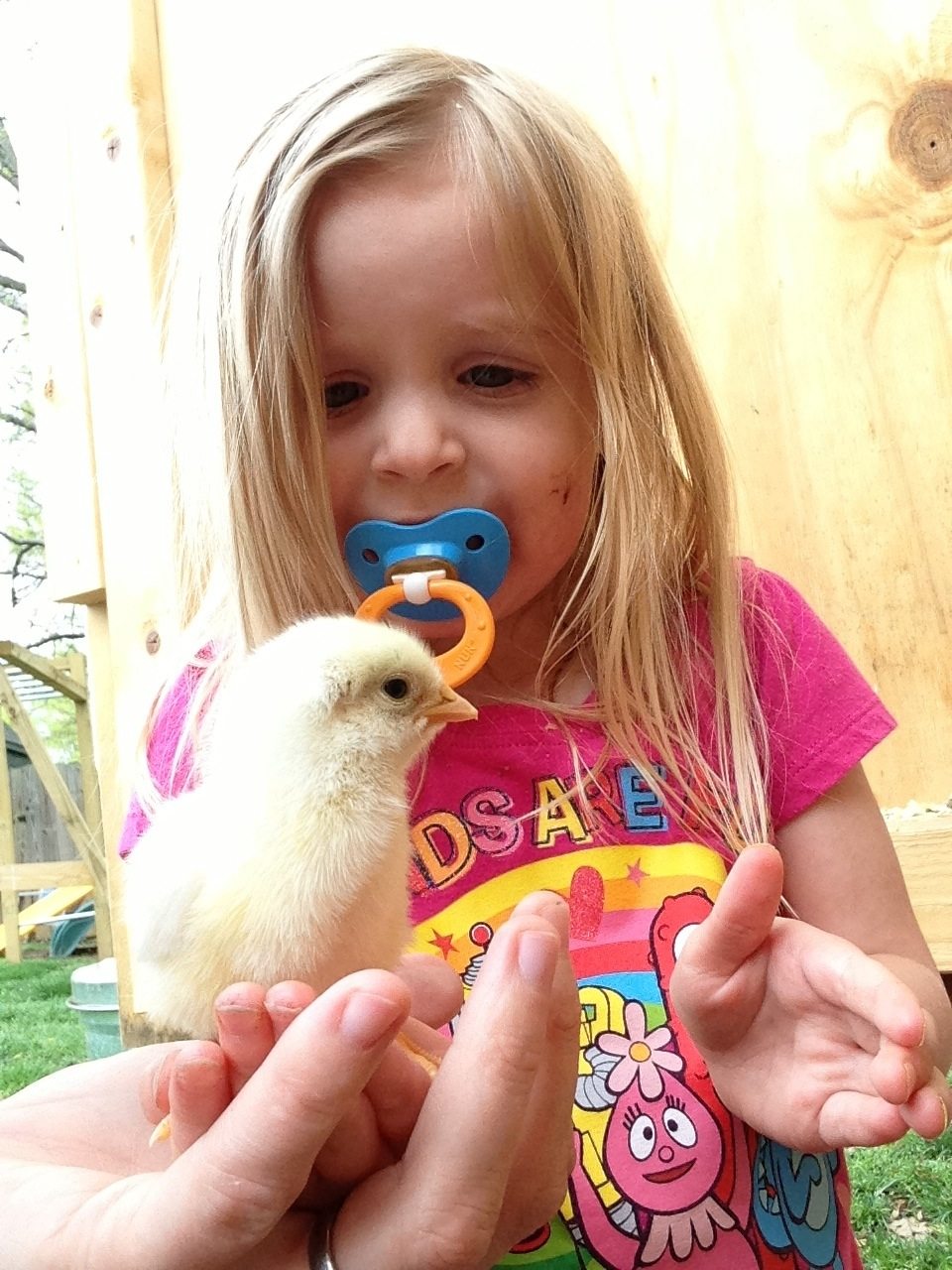 even isaac will hold them this time. 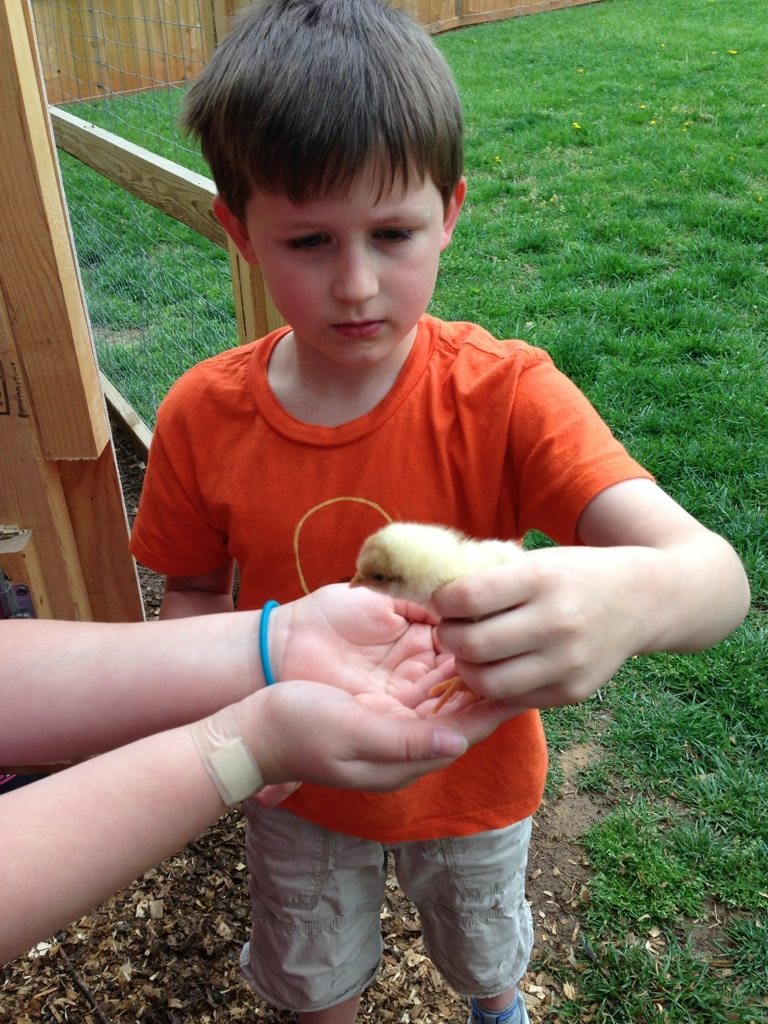 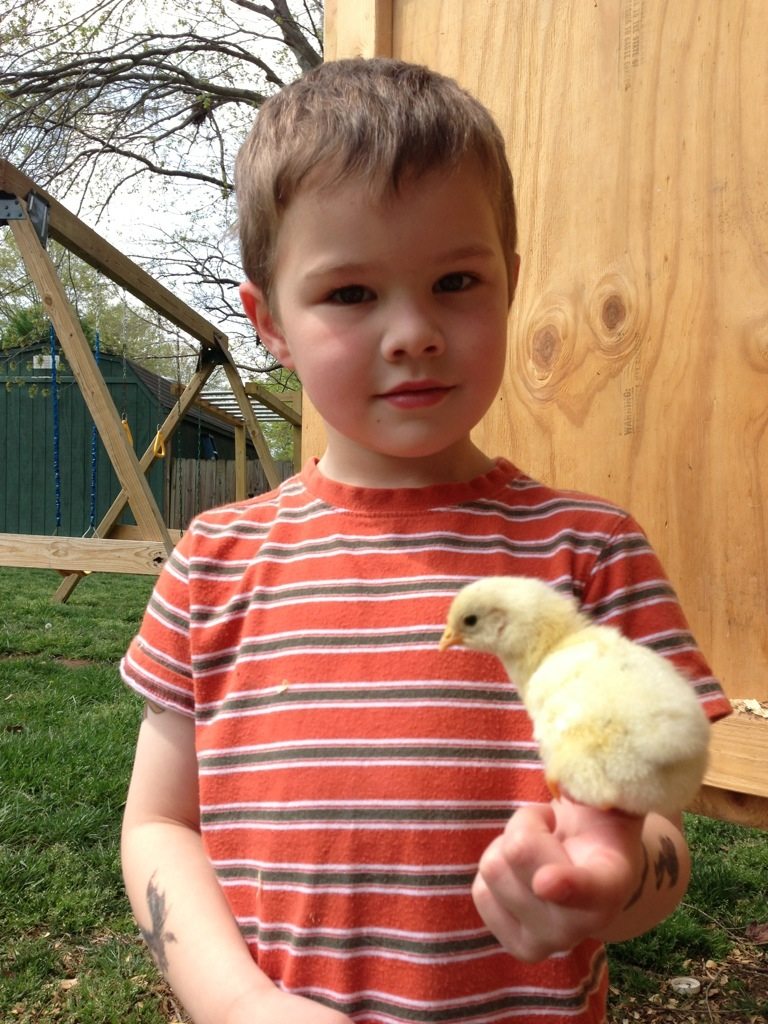 i can’t get over how cute they are.

the stay super close to mama. 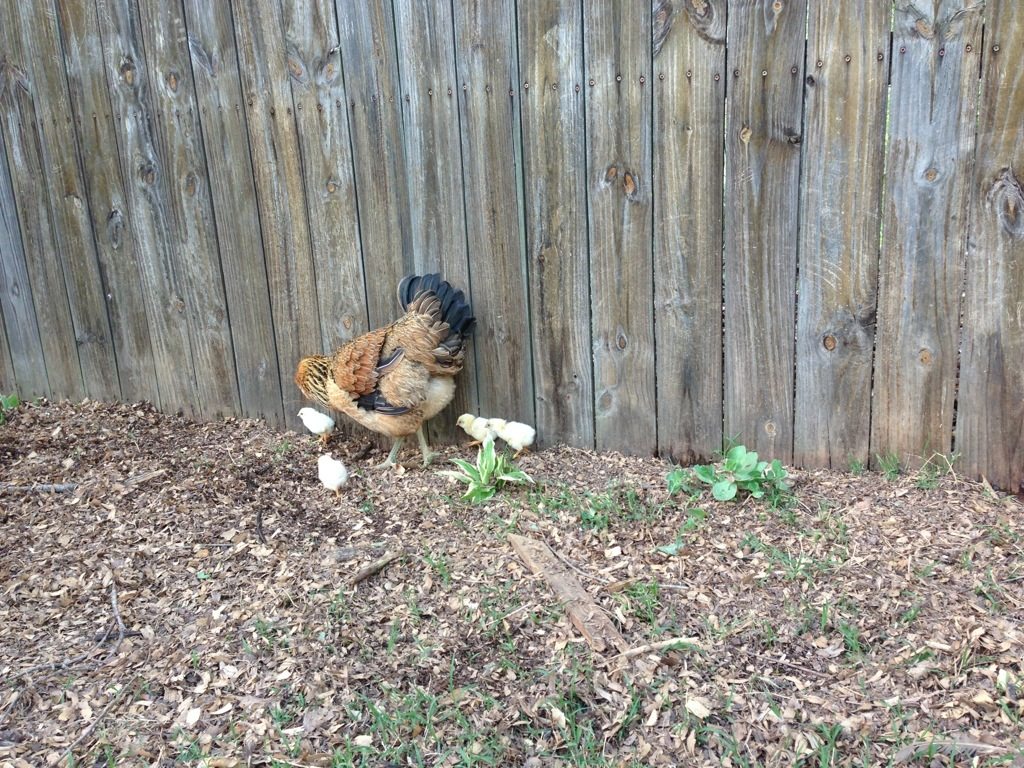 she ruffles her feathers up and they crawl in and she keeps them warm. a few times i’ve thought one has gone missing or gotten eaten or some other tragedy, only to see it plop out of her wings and scurry to the others. 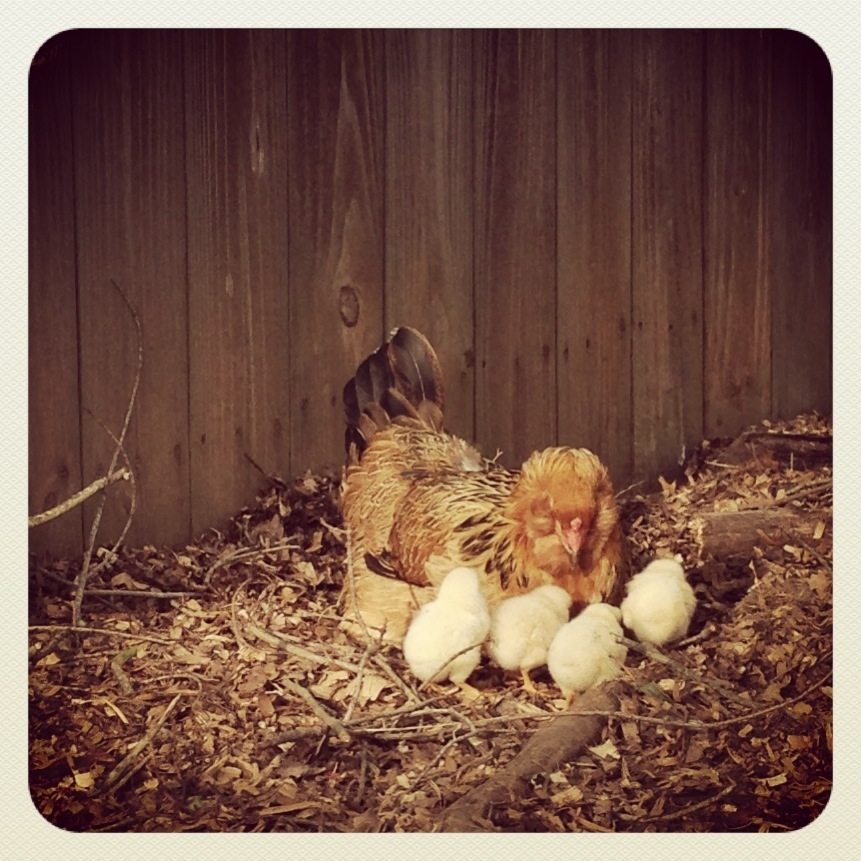 so you know, though. she’s not the world’s best mom. these four chicks hatched, but three eggs lagged behind and she pretty much abandoned them. we tried to incubate them, but, well, they died. :(. one was black, too. probably tina fey junior.

she also ruffles her feathers up when a dangerous predator with a camera sneaks up. 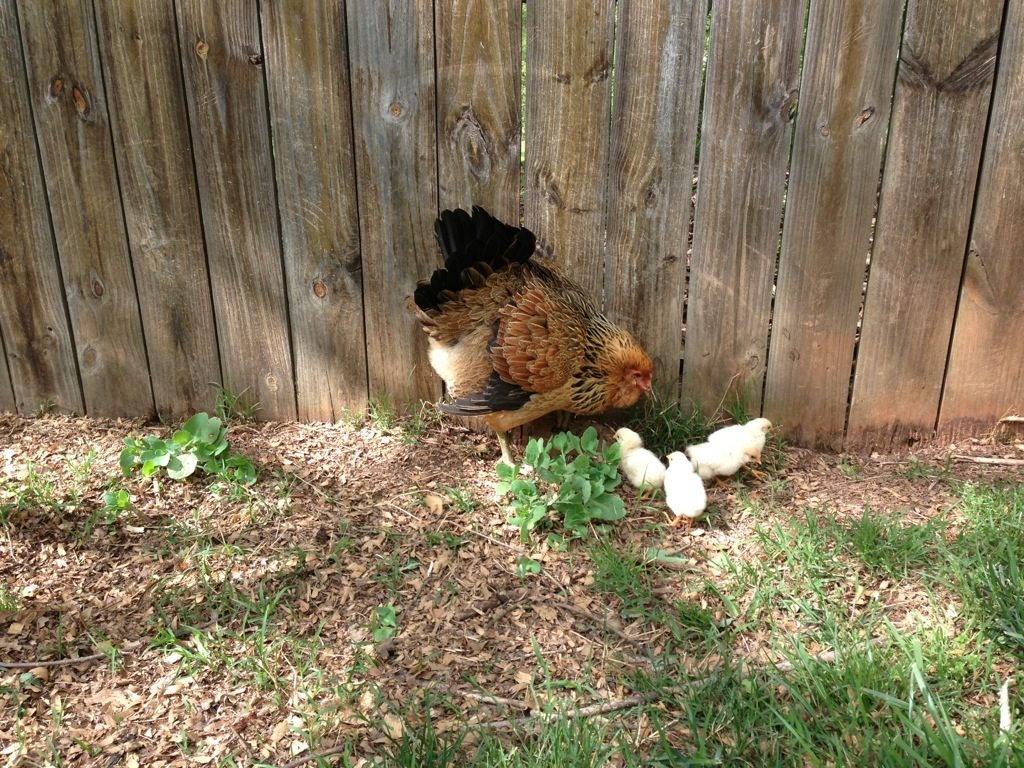 lucy has been keeping a close eye on the new little ones. she thinks they will be delicious. in related news, lucy is not allowed in the yard unsupervised anymore. (she had gotten used to the big chickens. they had an understanding that they would leave each other alone.)

anyhooo… we have another batch of eggs, with another hen, so hopefully we’ll get a few more chicks. and then hopefully they are all hens. 🙂