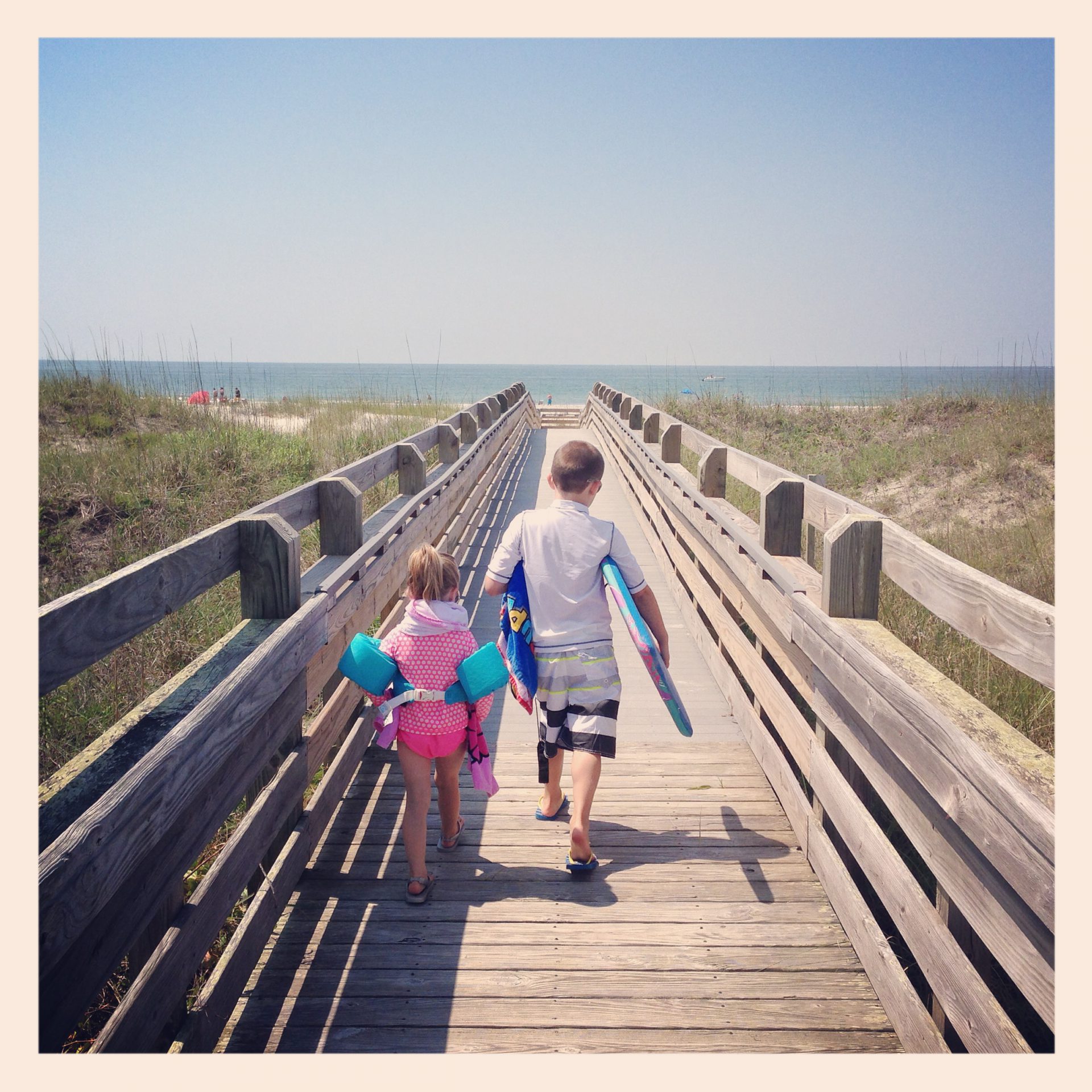 we decided to go minimalist. the kids took towels and whatever toy they wanted.
hazel went in the ergo carrier. and off we went. 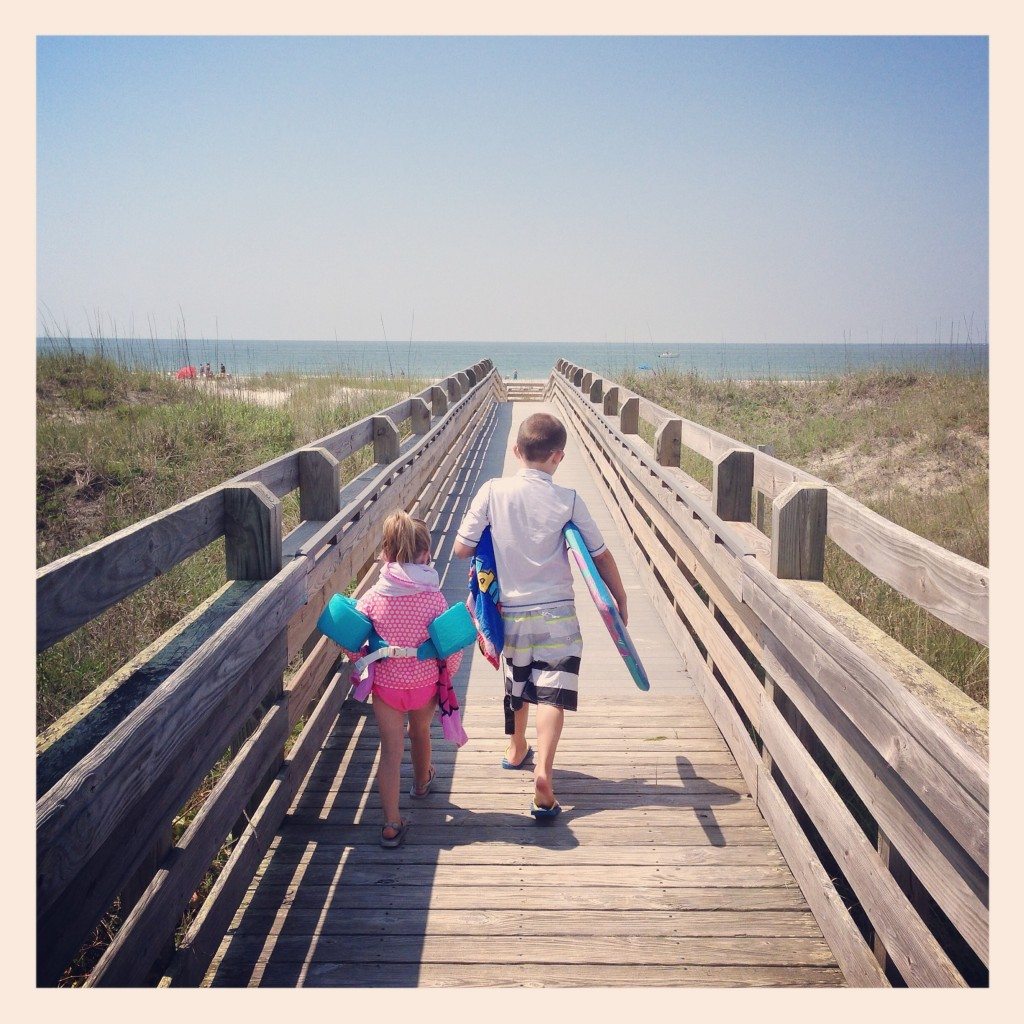 and we lasted a whopping 30 minutes before isaac had a total meltdown. and hazel’s love affair with the sand and surf came to an abrupt end. so, we headed back in. and i was frustrated.

we lounged in the room for a bit. and then reloaded and headed to the pool. 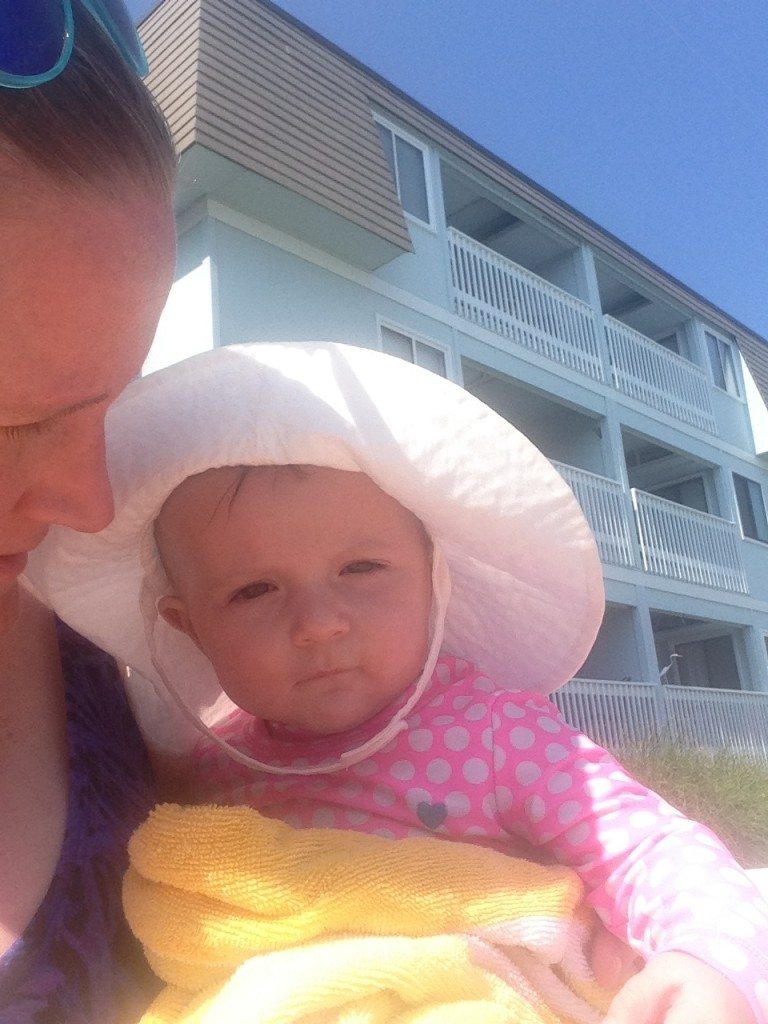 despite his lack of swimming abilities, isaac loves the water.

anna was a fan of the kiddie pool. which was the temperature of a bathtub. and i’m trying not to think about the amount of pee in it. 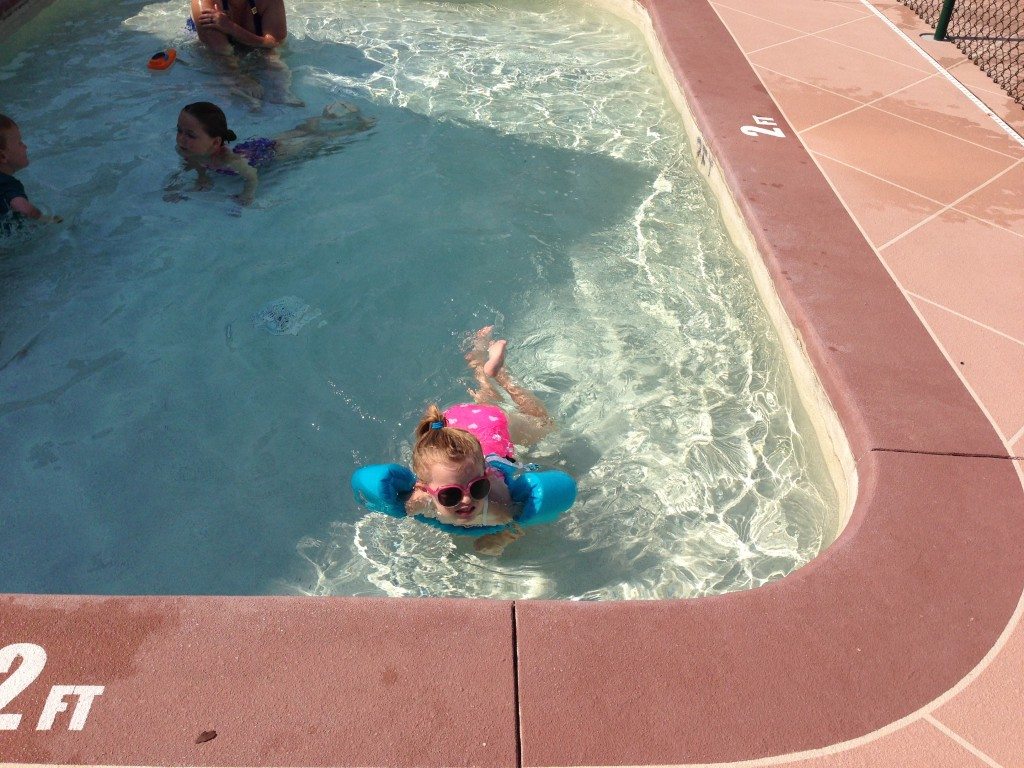 hazel just played in the shade in the grass and was totally happy. 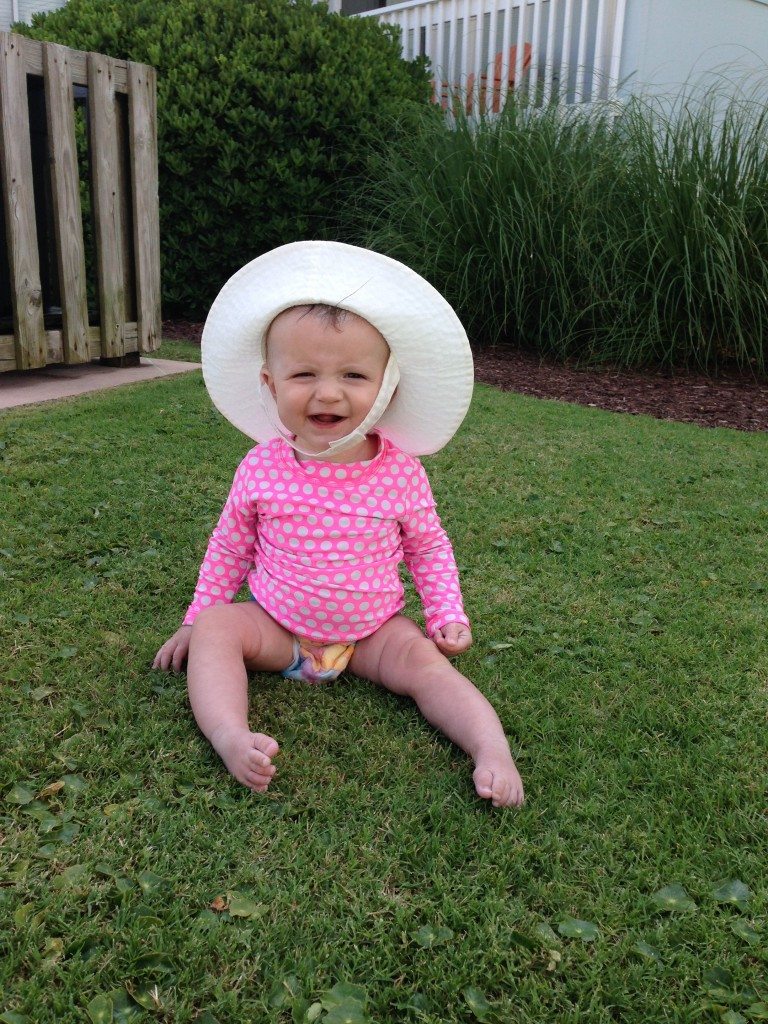 but, we would make a fantastic turnaround. 🙂