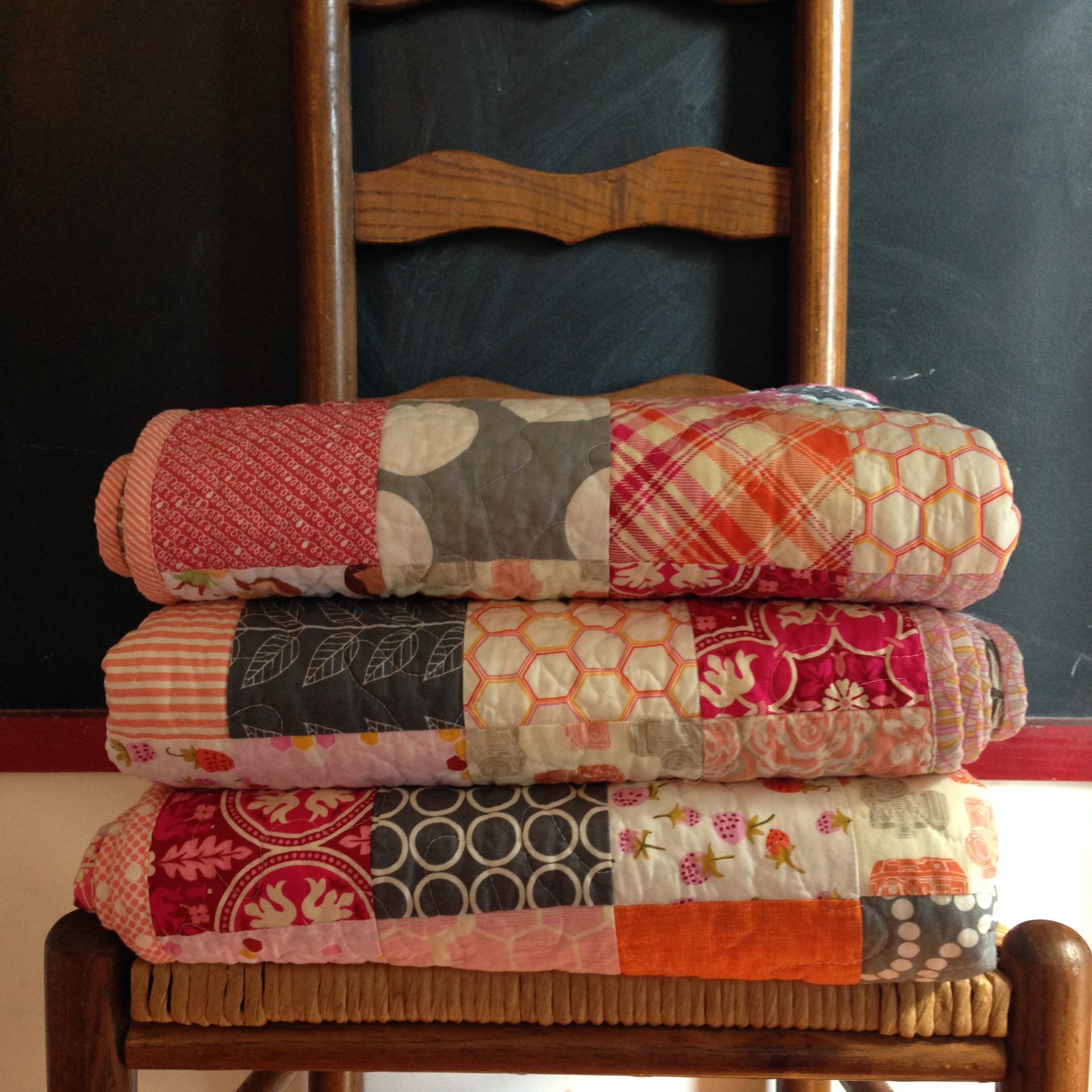 i’ve been on a finishing up quilts rampage this month. mostly because hazel sleeps.
and because they’ve all come together at the same time. but mostly the sleeping.

i started making these quilts for my friend brie’s THREE daughters. she had just found out she was pregnant with her fourth, so i cut and planned (under the color guidance of brie) for four quilts. i figured if she had a boy, i would just hang on to the fourth and give as a gift or something. but, she obviously had another girl, so i just chugged along.

i finished the first (just) in time for her baby shower. 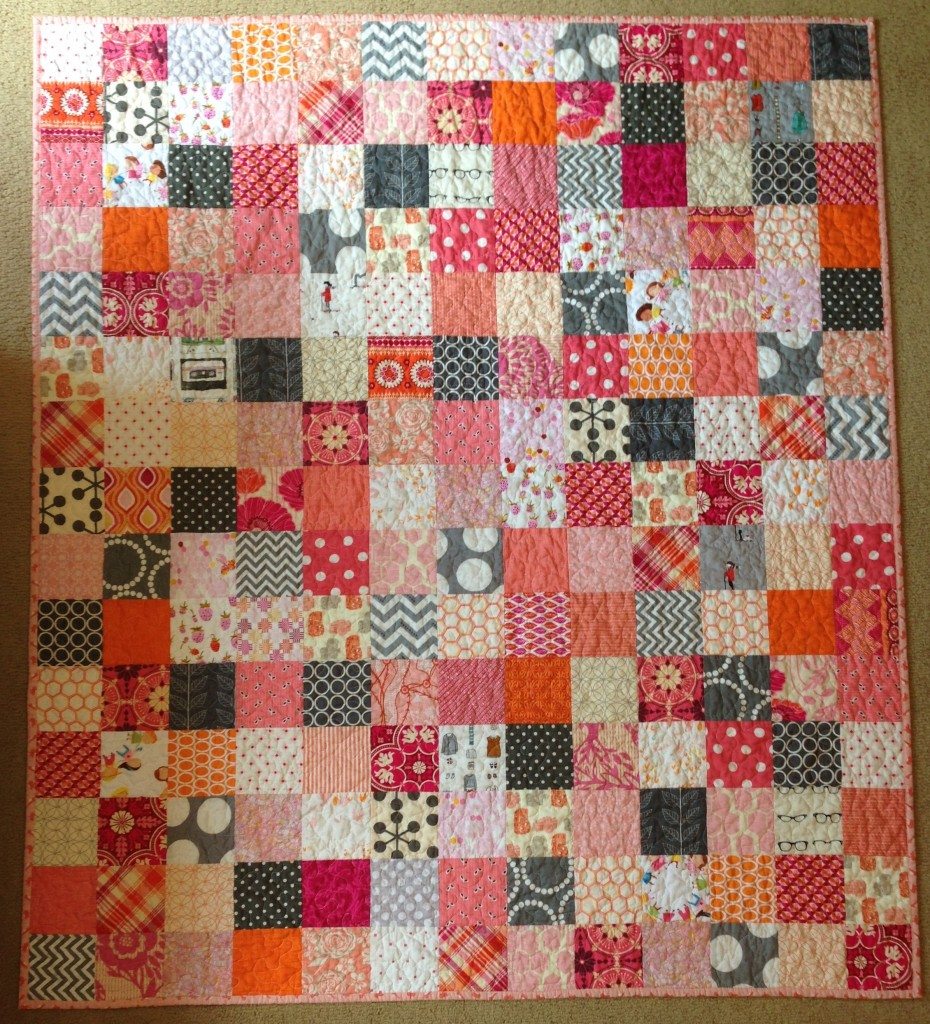 the backs are all the same aside from being personalized with a monogram. i pressure brie into giving up the baby’s initial, and she finally did with about a week to spare. (m is for martha). 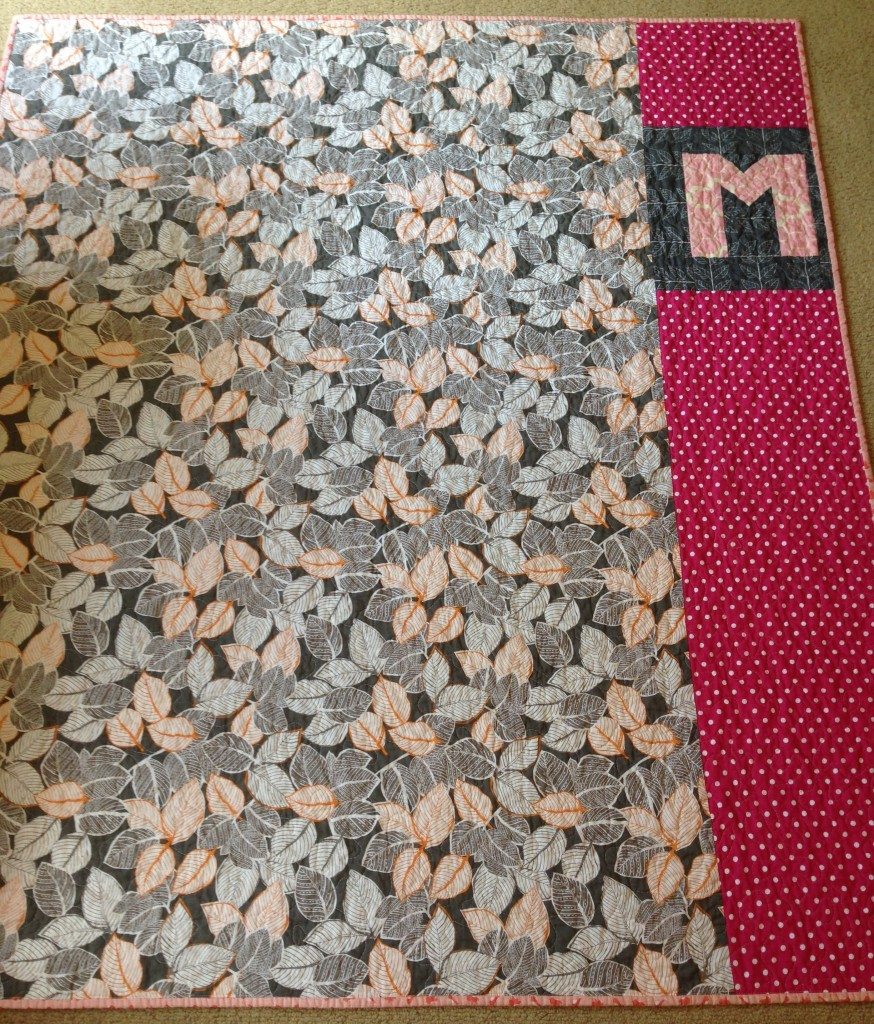 after i got the first one done, i took a break to finish the clothes quilts for joy and the two hexie quilts for my girls and then i got back at it.

finally, last week, i wrapped up production and delivered the rest of the set of four (and visited baby martha) (and ate delicious greek lunch with brie).

i love this pic: 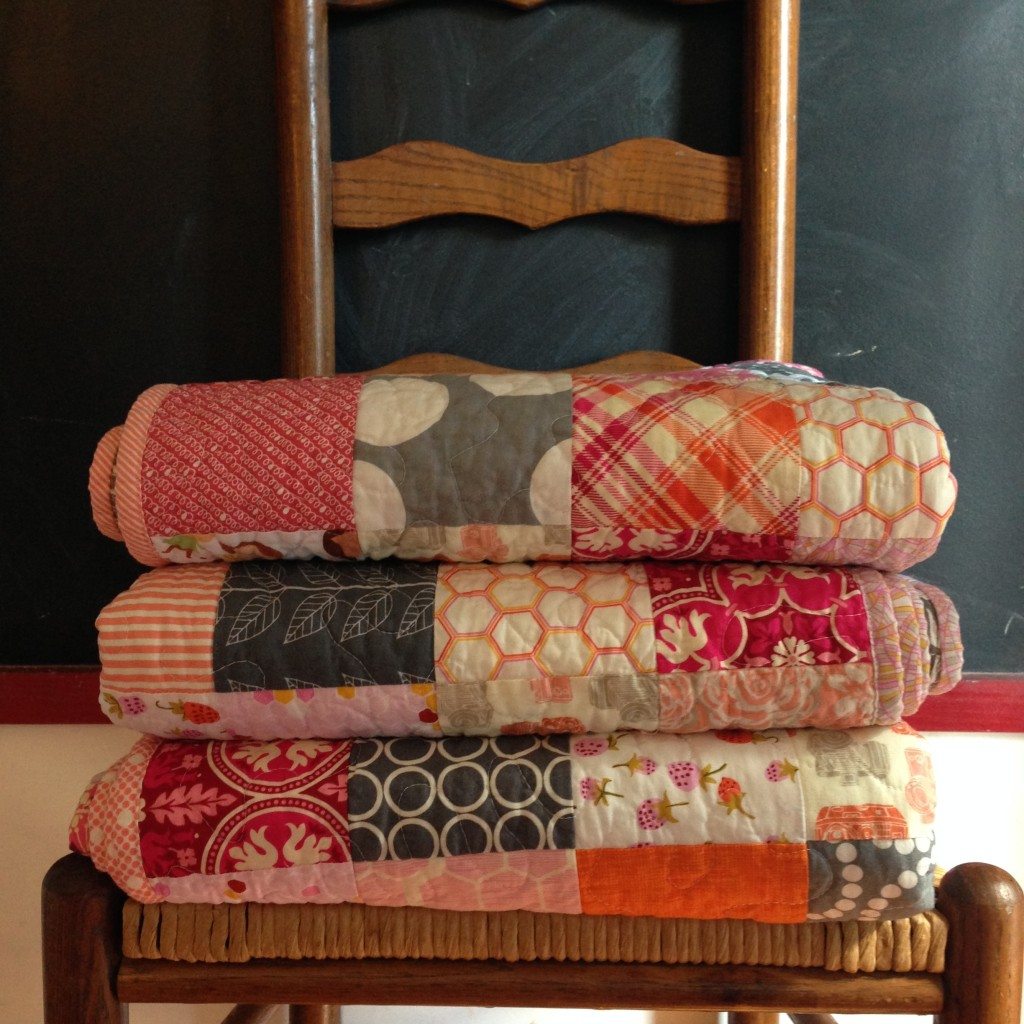 since they are mostly the same (patchwork in all the same fabrics), i just took pics of the monograms on the backs. 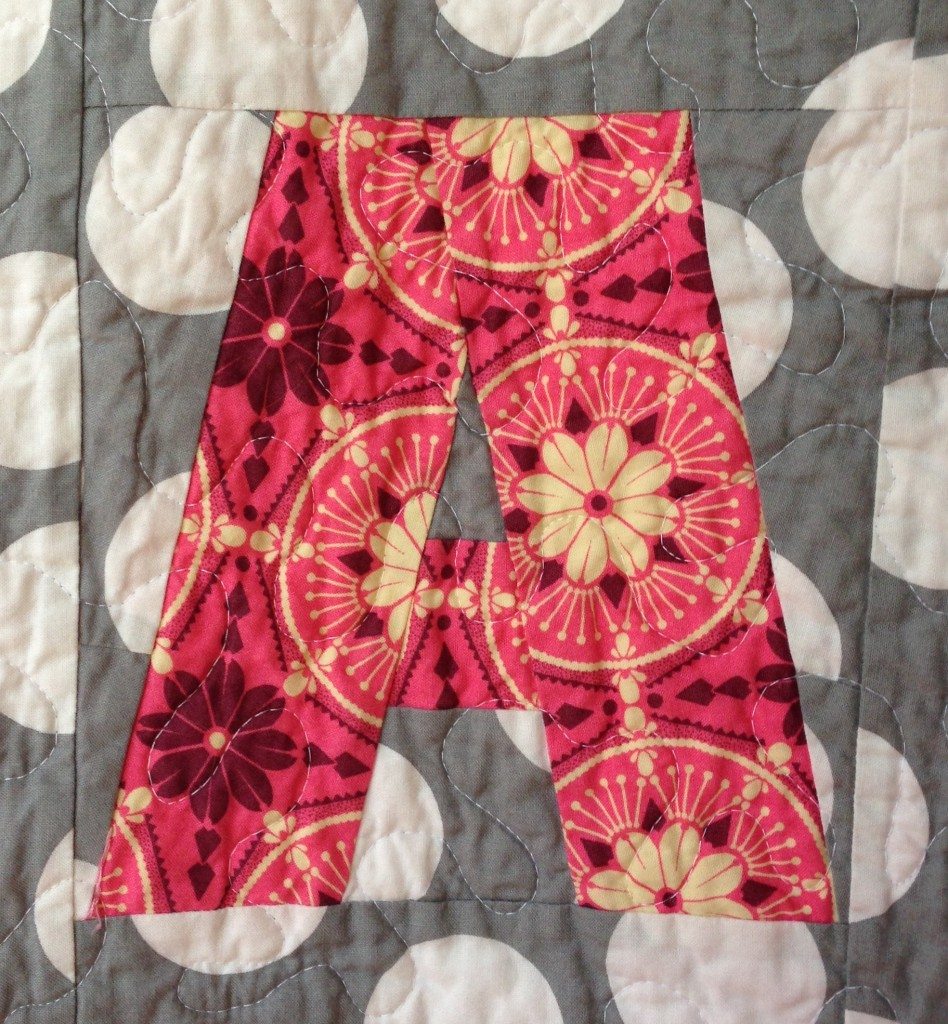 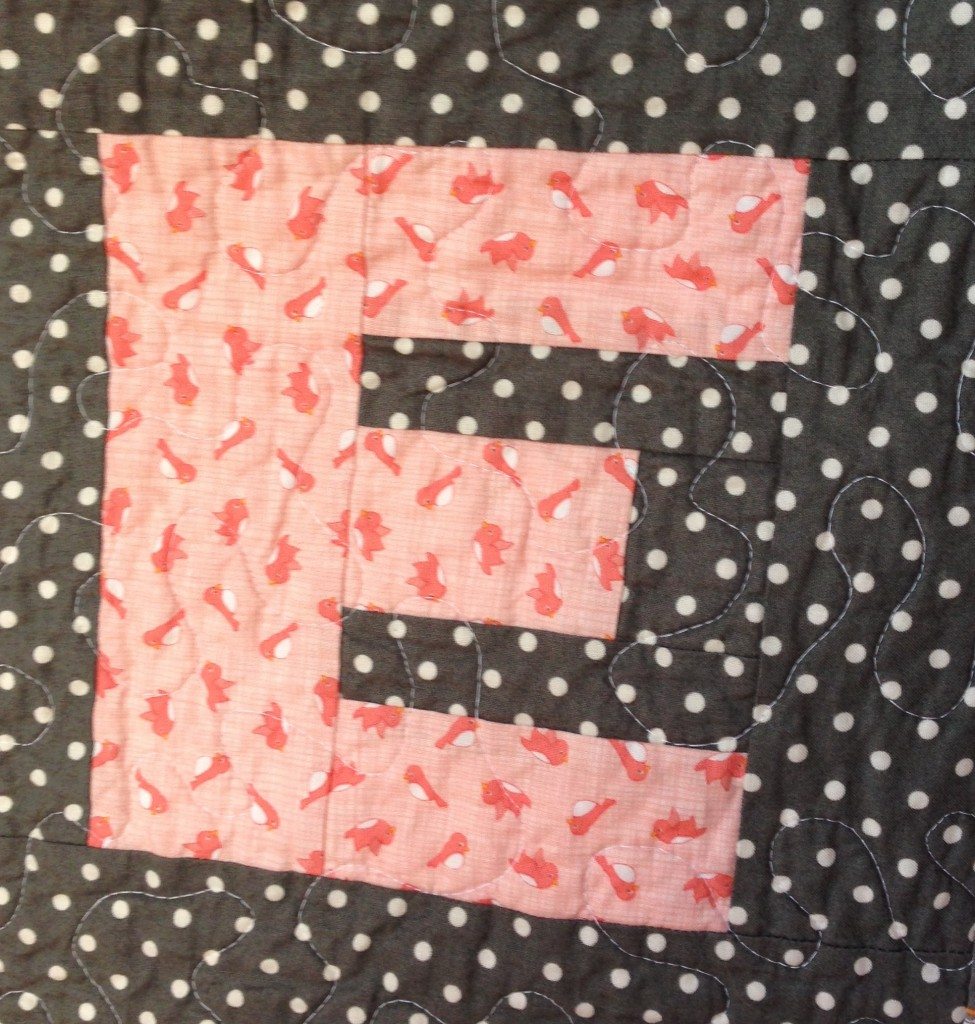 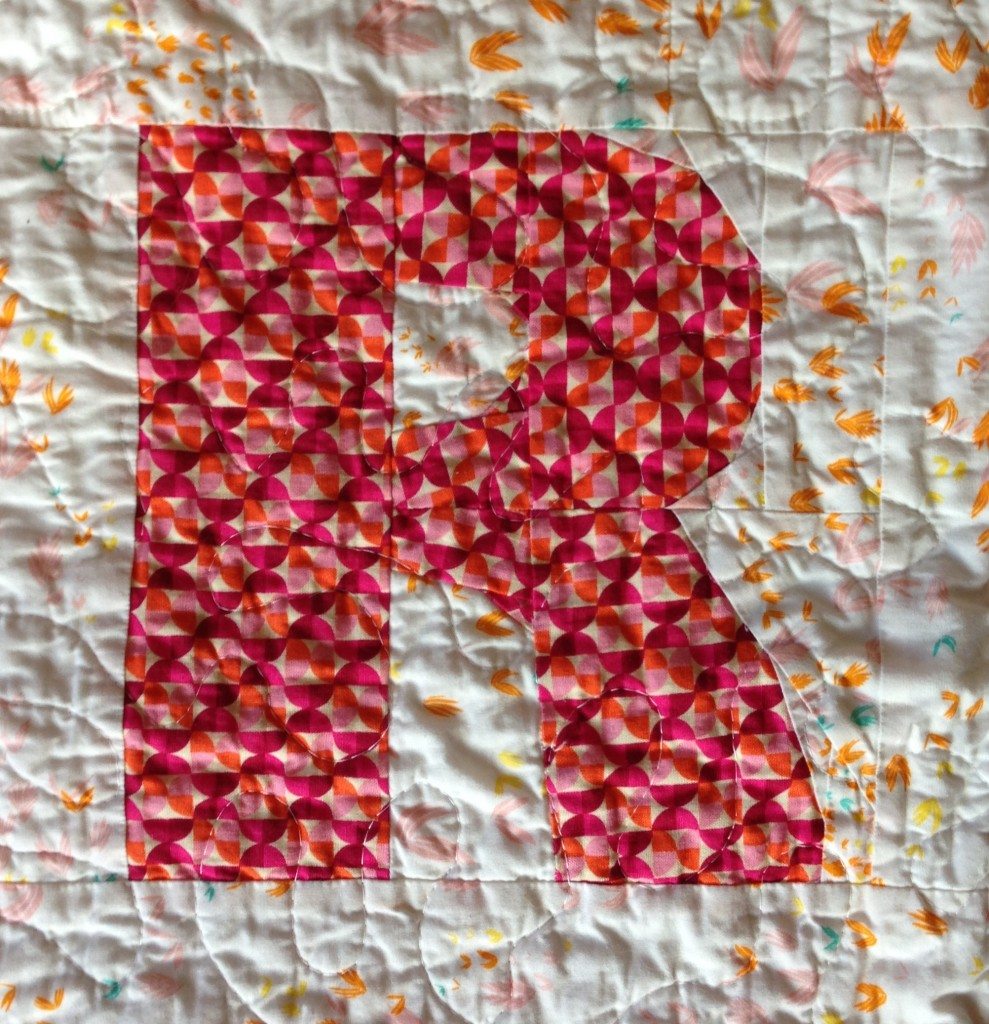 oh. and i did take one more pic. a crooked one. on the floor in the kitchen. if you want to see the other two, just scramble the squares around in your mind, and you’ll get a good idea. 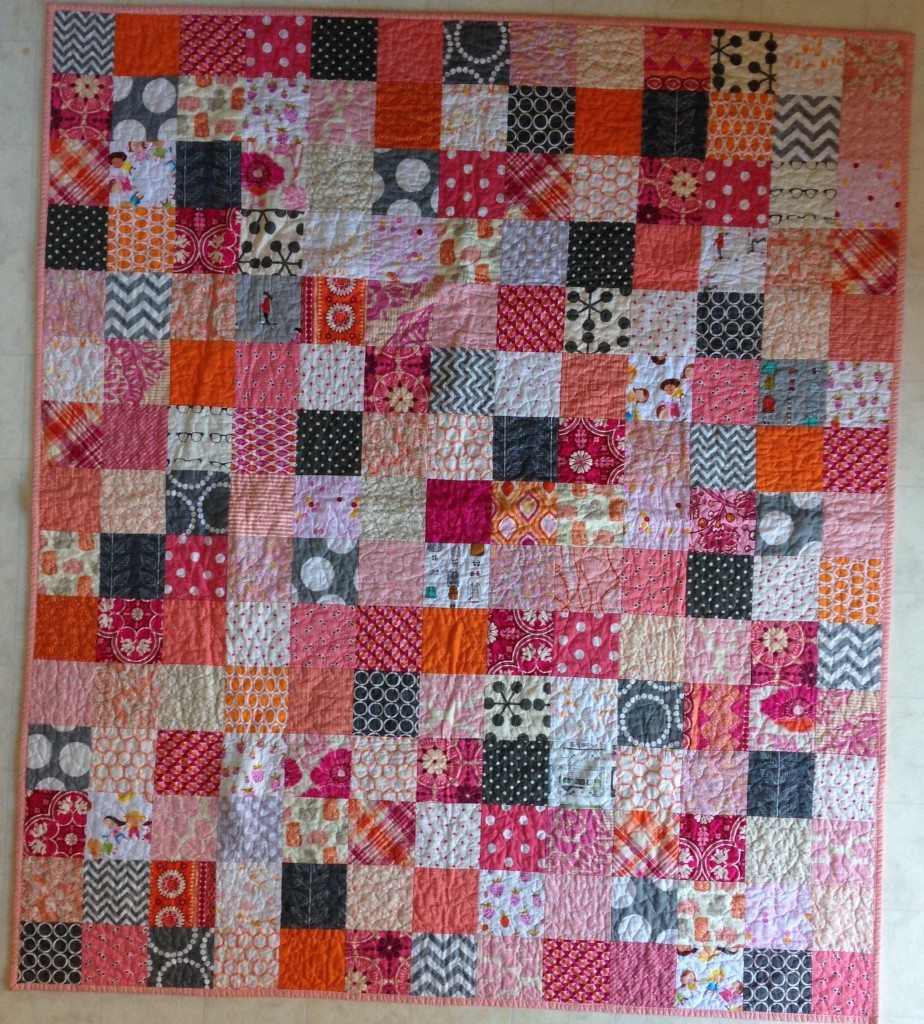 and lastly, a crinkly shot. because that’s the best. 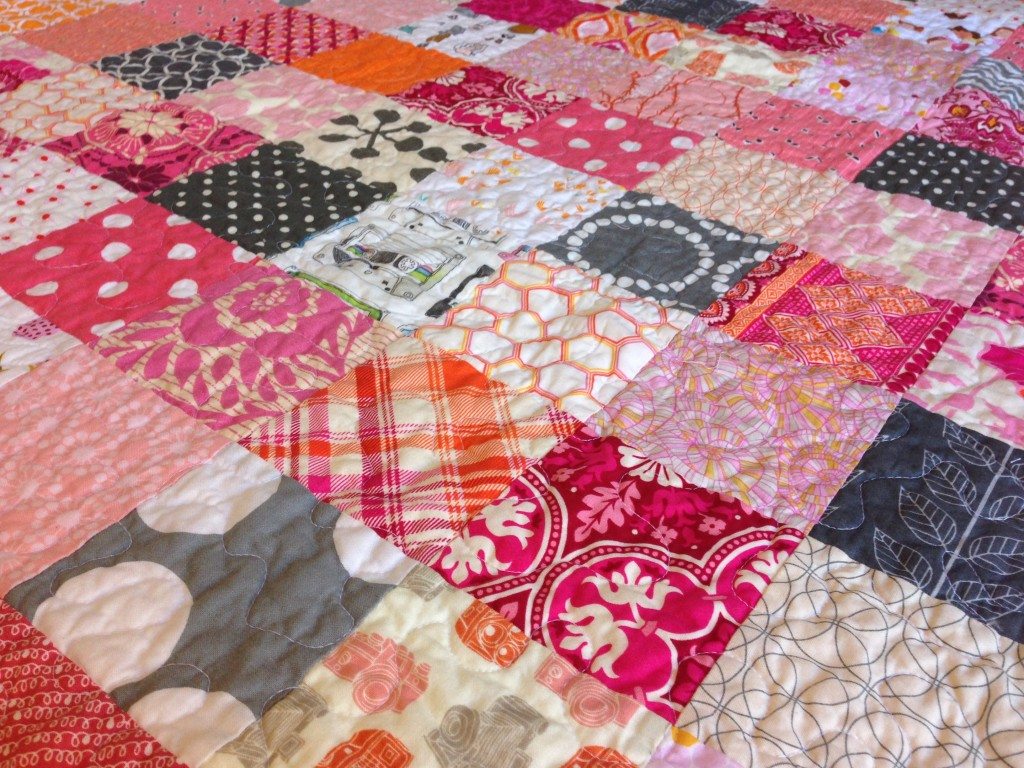 brie has reported back that the girls love them.
and i’ve resolved to never make four matching patchwork quilts at one time for the rest of my life.

One Reply to “four quilts for four sisters.”