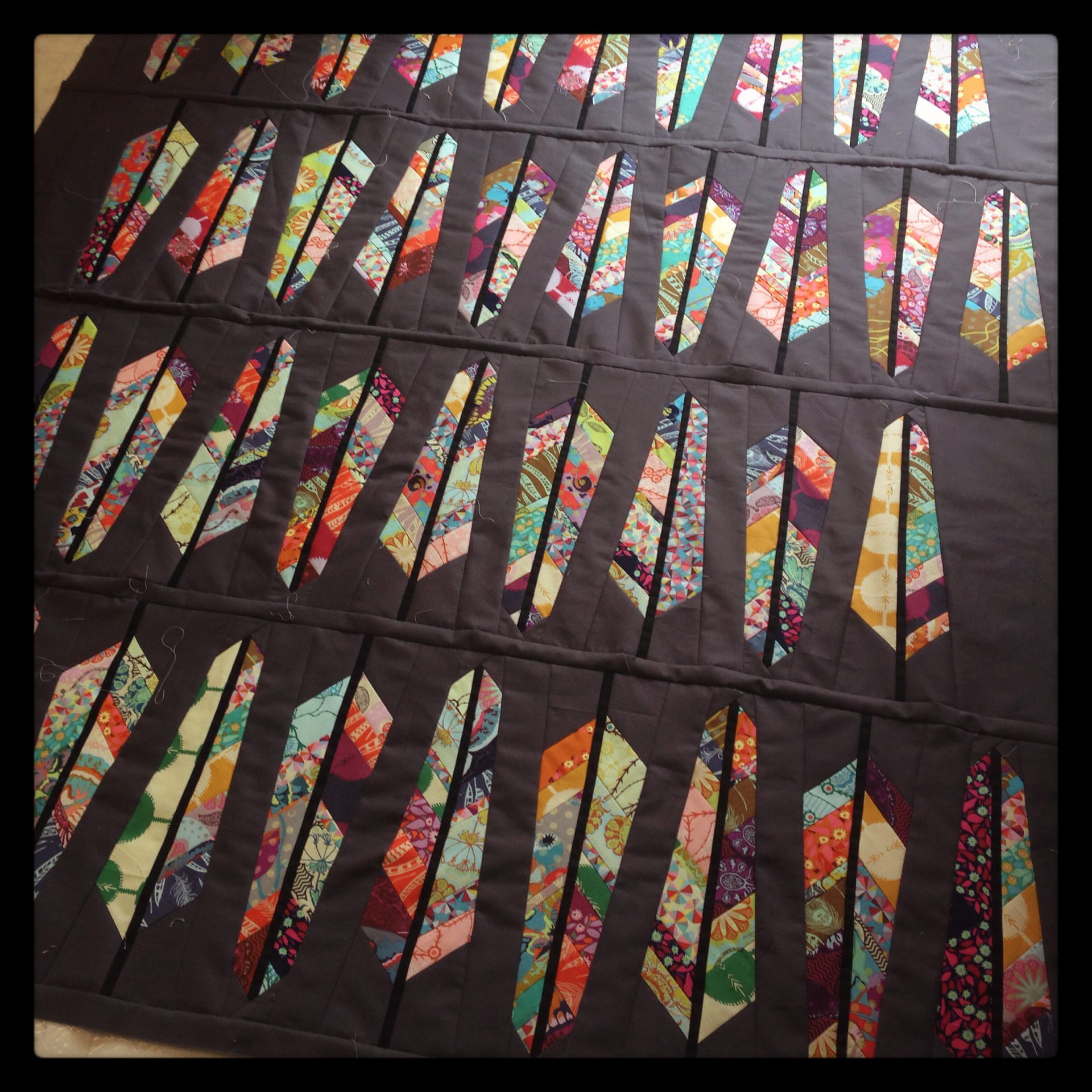 once upon a time, i bought a quarter yard bundle of field study. i made a big patchwork quilt with some of it. and the rest sat and sat. then, i had a baby and all things quilty were on hold.

then, one day, last february, i emerged from the newborn fog and began to sew again. with no pressing projects, i thought making a feather quilt out of my leftover field study was in order. so, off i went, cutting away. 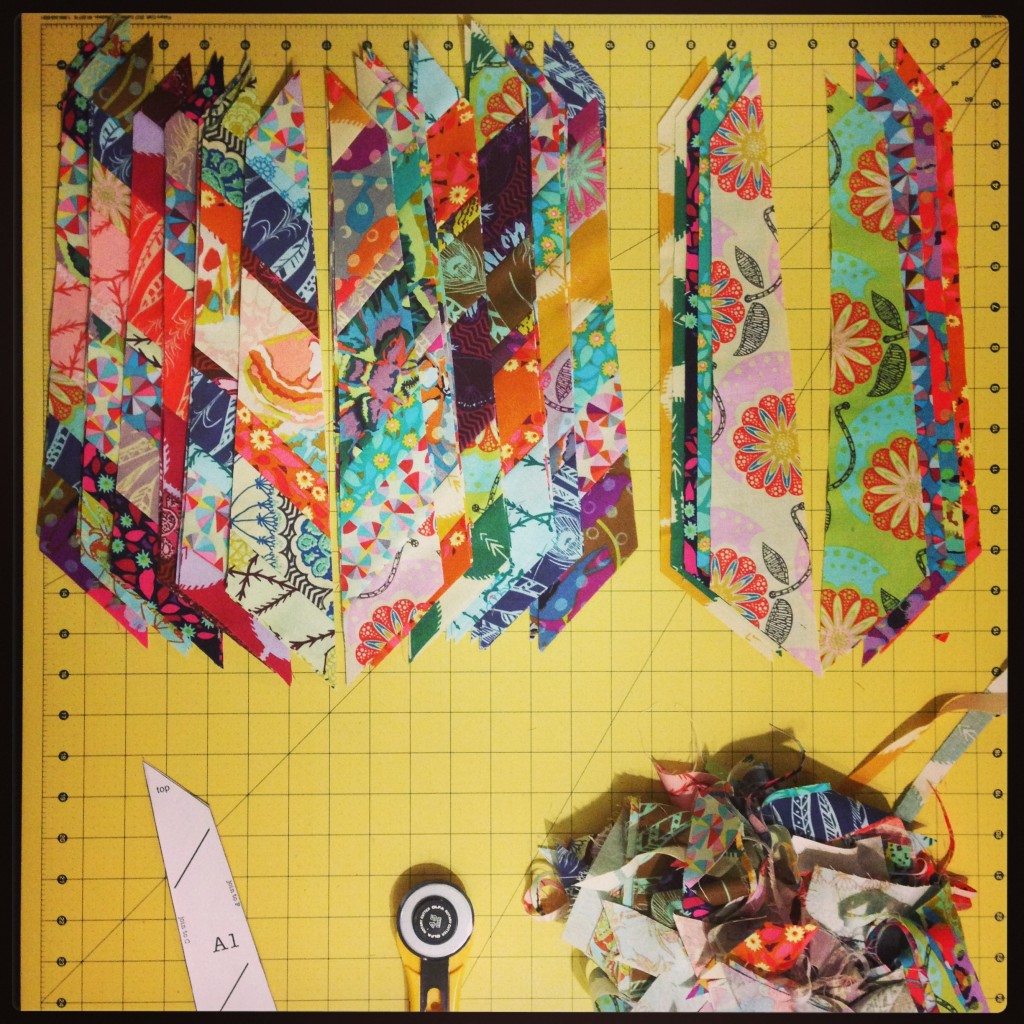 somehow, i managed to make WAAAAY too many feathers. 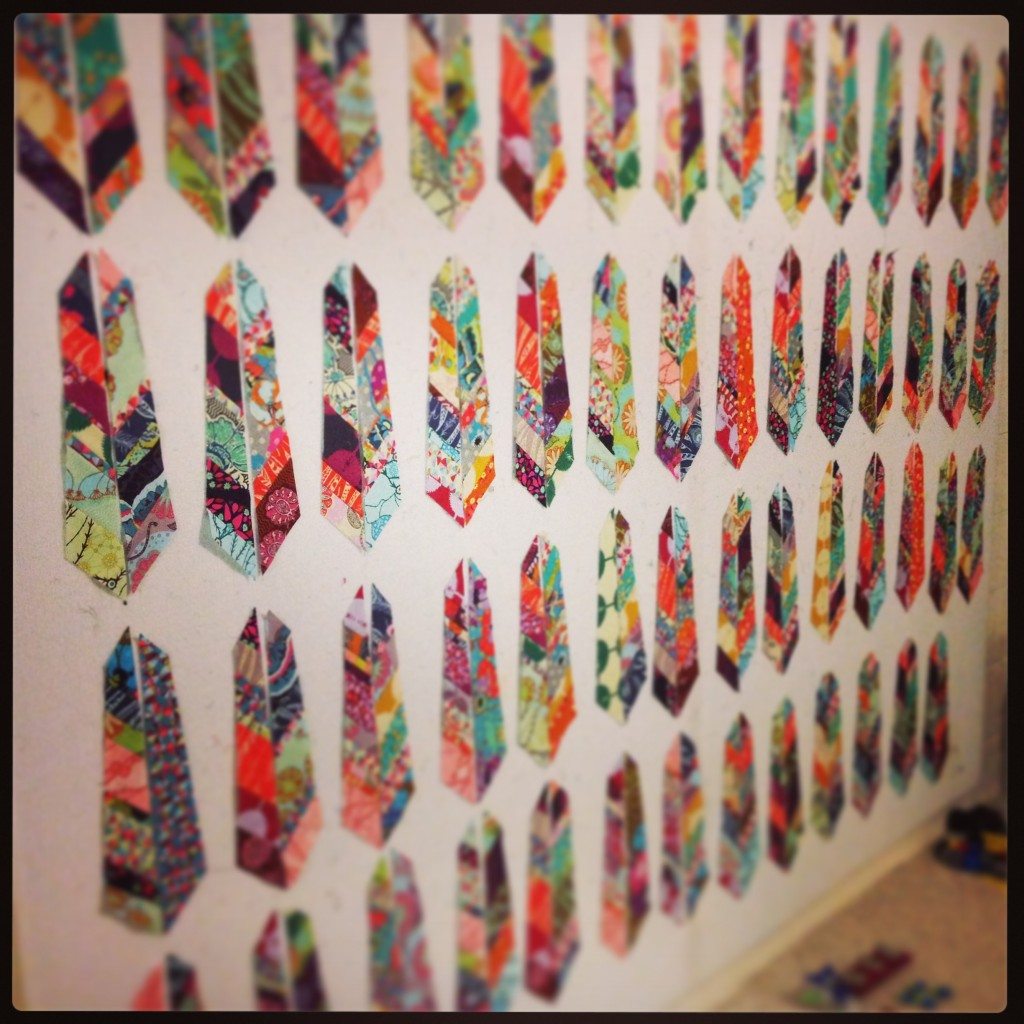 so. i opted for a different layout, with less space between feathers. so i could fit more of the way-too-many that i had cut into a single quilt. 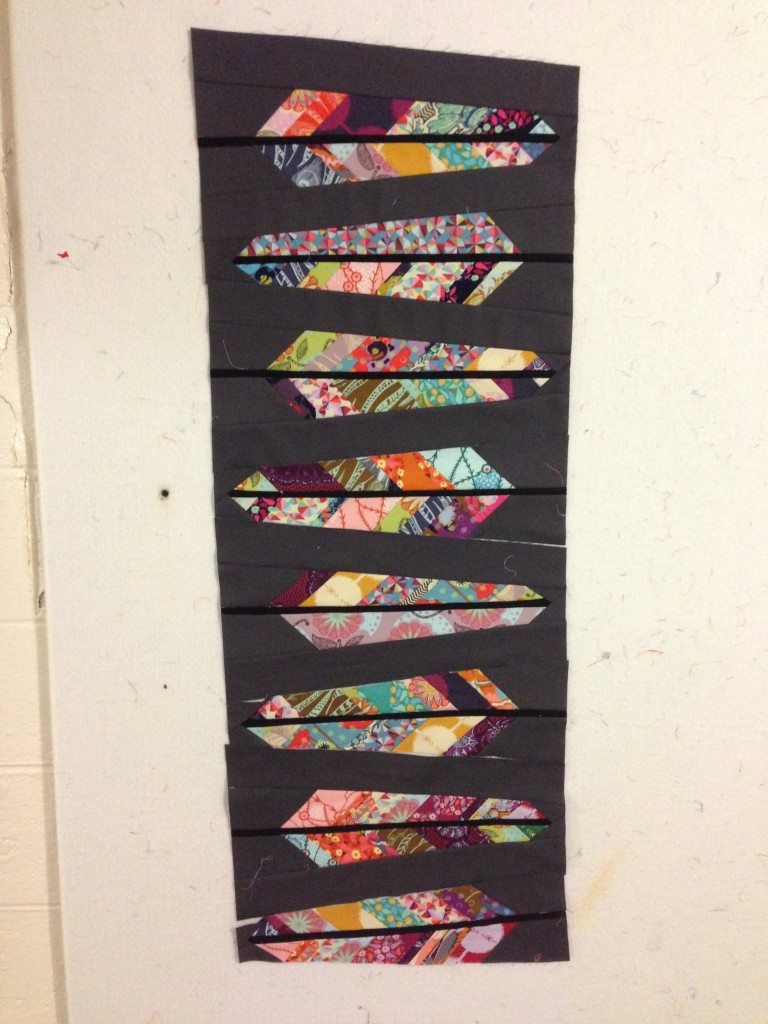 then. i started to homeschool isaac.
hazel stopped sleeping.
and this quilt sat, in this state, for months.

fast forward to last month. with all of my holiday sewing complete, i decided to pull out the feathers for one last run.

since i was tinkering with the layout, there was a bit of a learning curve on lining up these suckers. 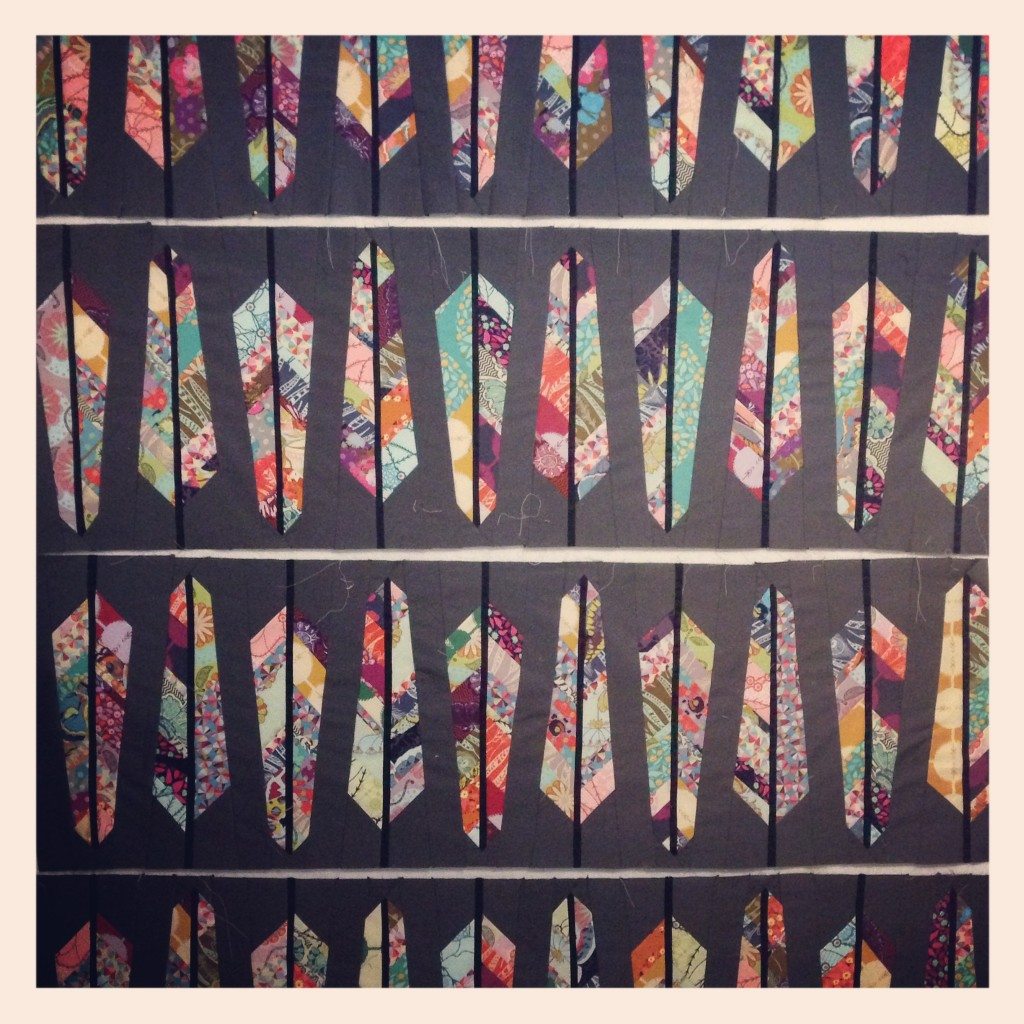 since they weren’t “exact” or all “uniform size”, i offset them from each other and added a bit of sashing between rows. and finally, i had a top. 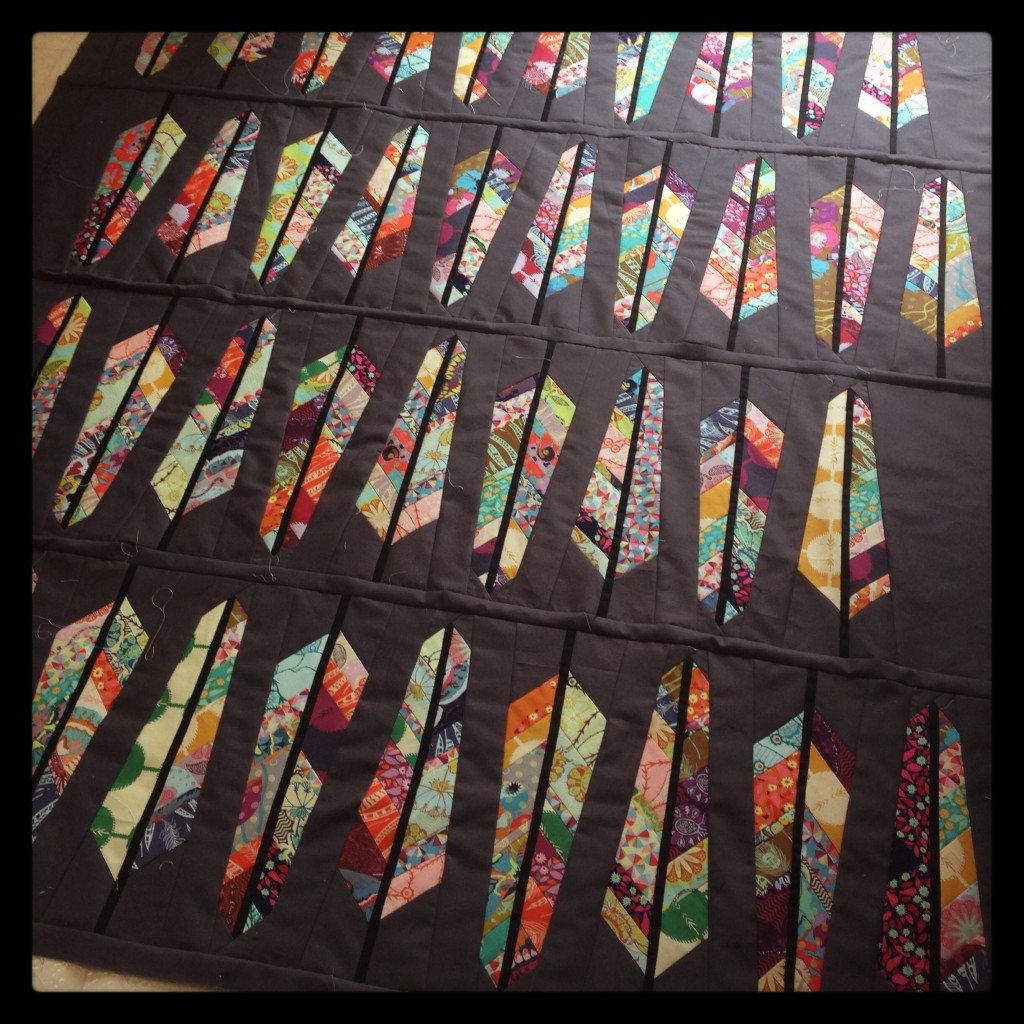 i used all the last remaining strips to make a binding, while i sought the perfect backing. 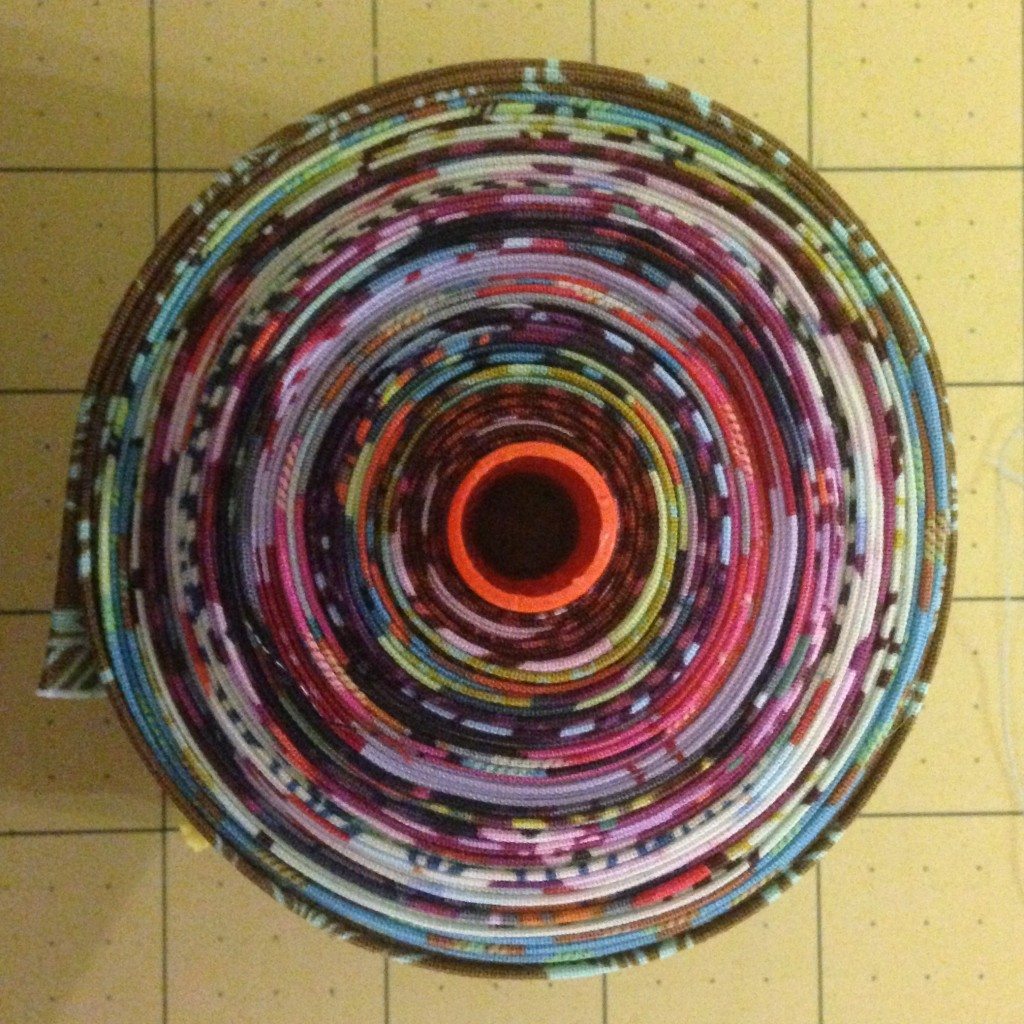 it didn’t take long. amh’s next line had this print that went perfectly and i got to quilting. i decided to sort of echo quilt each feather with my machine with the plan to do some hand quilting later. 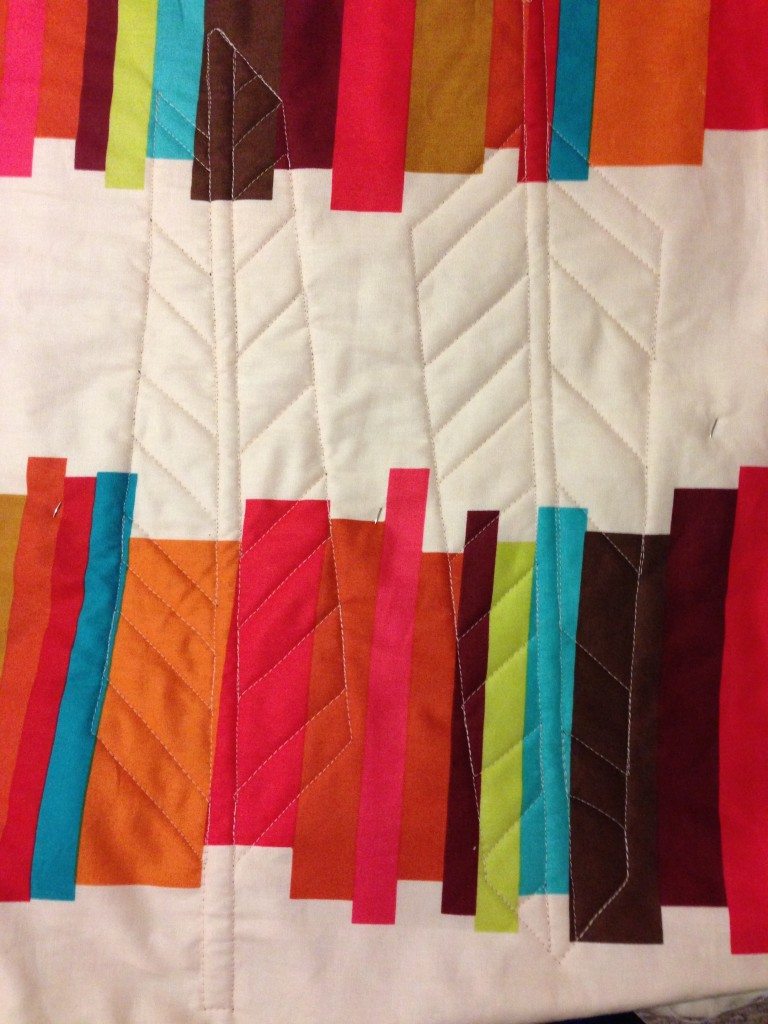 for the hand quilting, i chose a few embroidery flosses that mostly matched some of the colors in the quilt and got to work. it was nice having an “upstairs project” that i could work on while hanging with the fam. 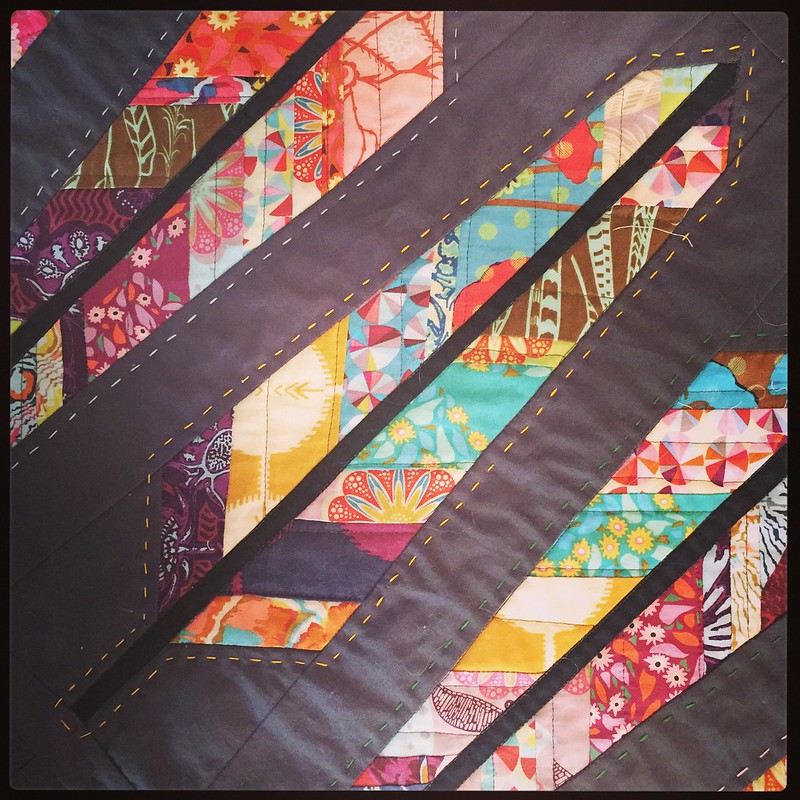 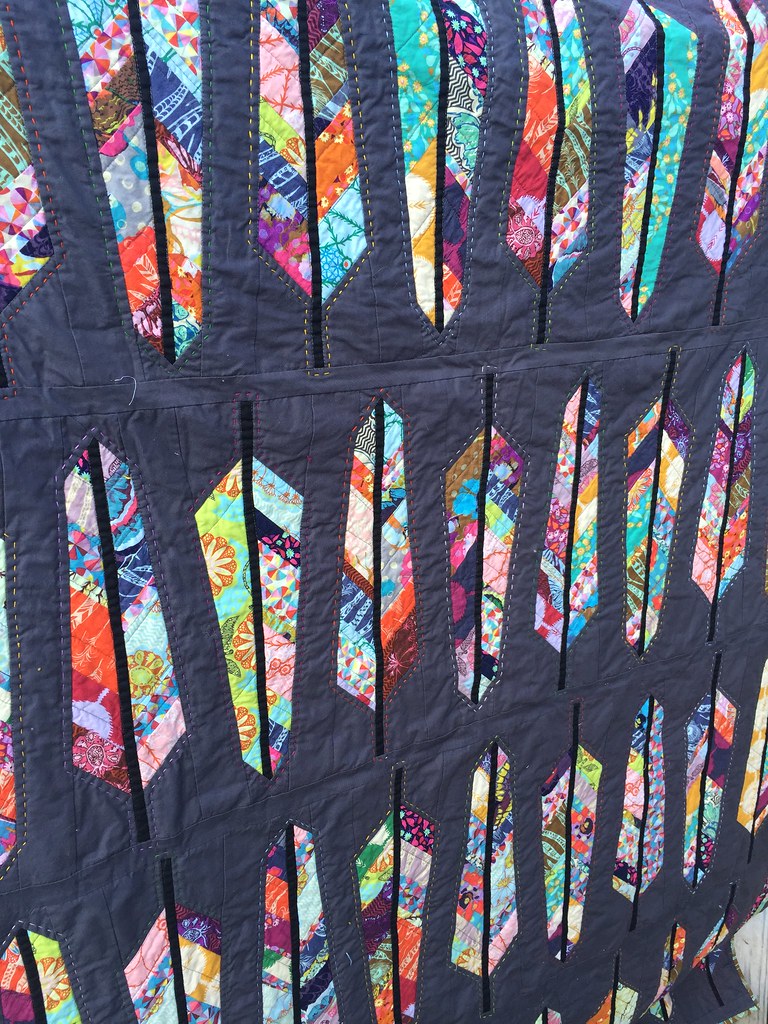 and i love it. 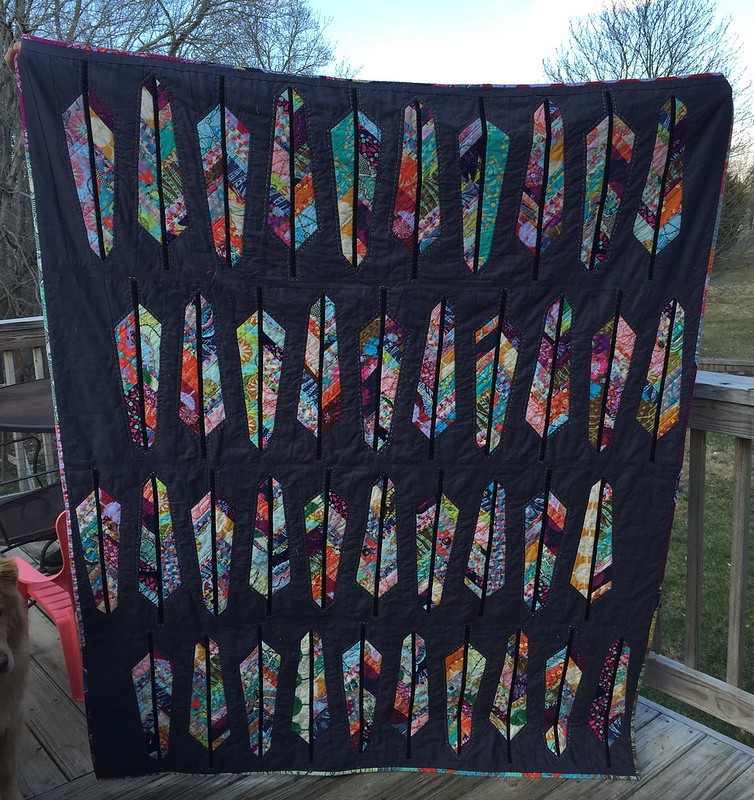 the back. the fabric was perfect. 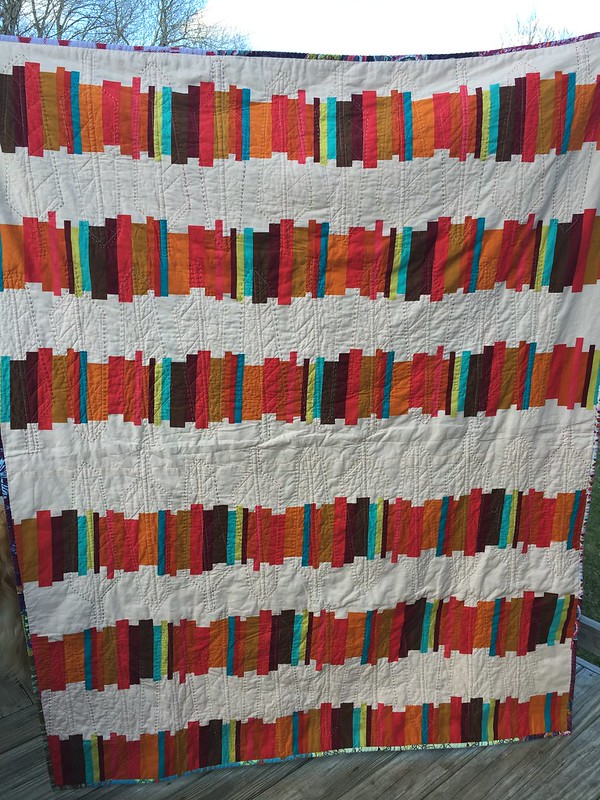 and finally a folded up pic, as usual. 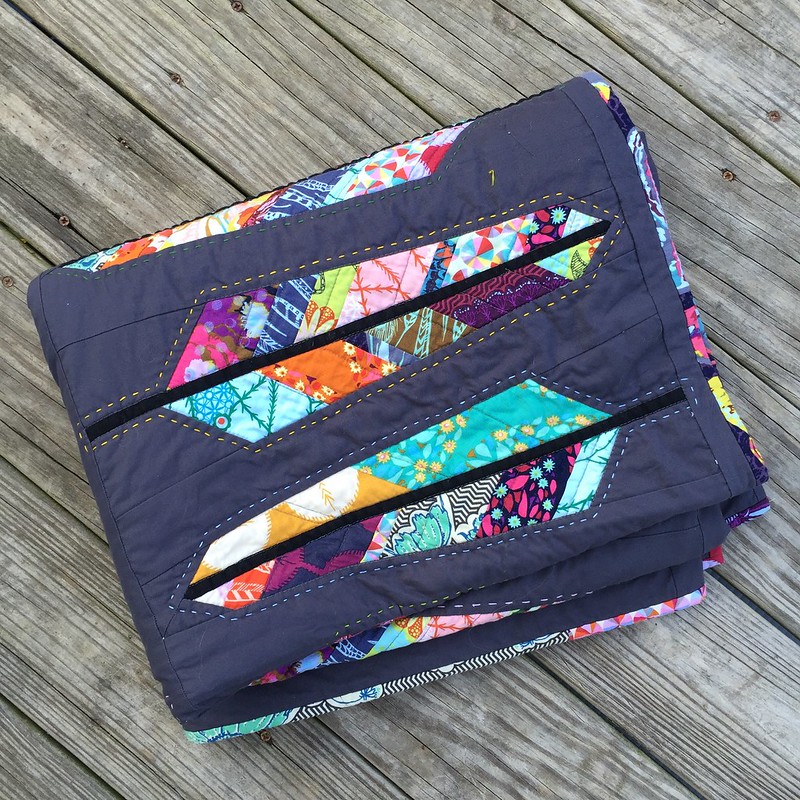 i don’t know what the plan is for this sucker. there was a LOT of time put into it. and it’s one of my fabric all time fabric lines. but, i have no need for another quilt right now. so, i’ll likely gift it at some point. stay tuned for details…