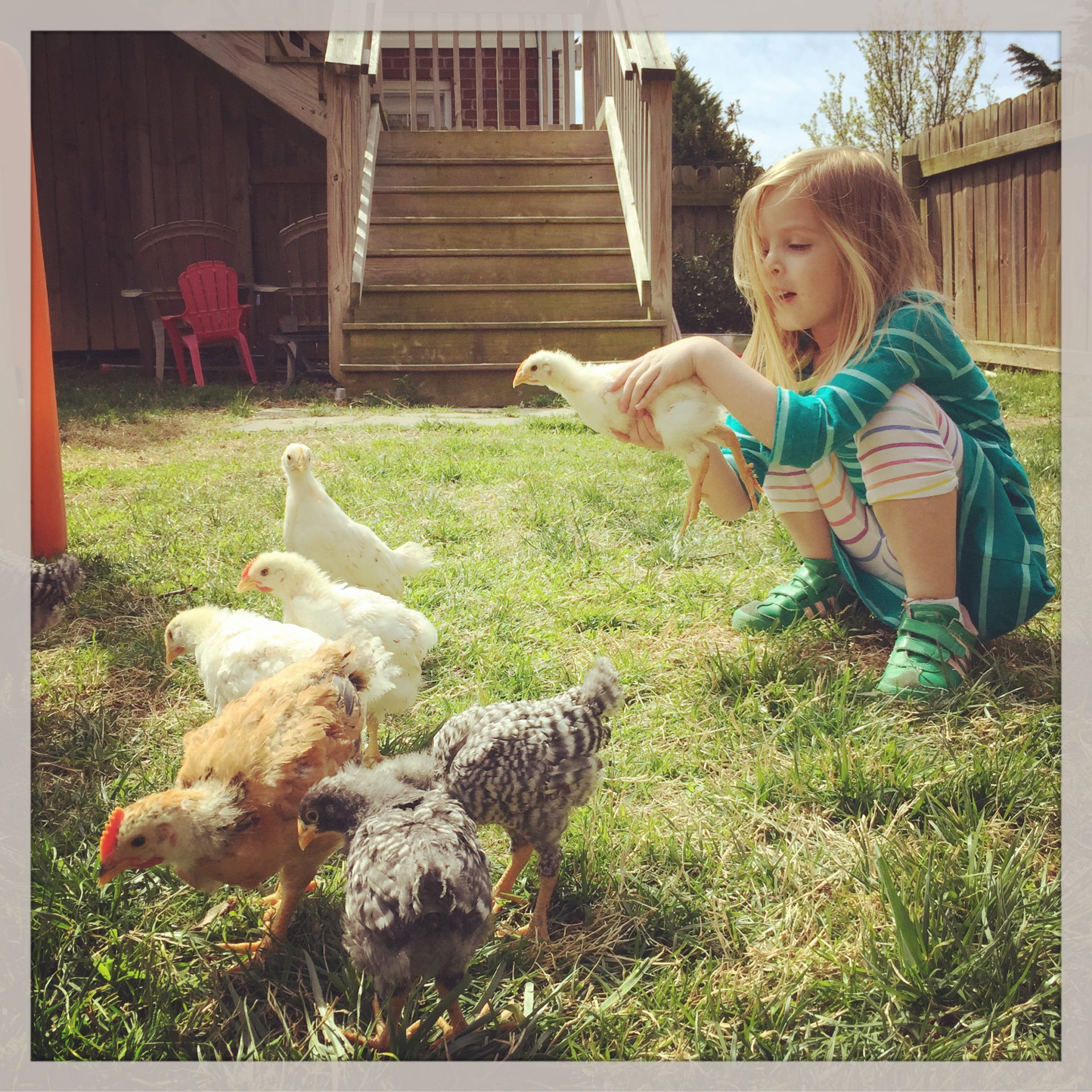 so. when i was writing my post for march, i intentionally left out all of our baby chick pics, deciding that a dedicated baby chicken post was in order. at the time, it was going to be a delightful tale, with future volumes. such is not the case.

i’ll start from the beginning. we are down to six grown chickens. and we don’t really like the ones that are left. they aren’t super friendly. two are downright mean. so, we thought maybe it was time for a new crew. so we went to tractor supply and picked out 15 new chicks. (hopeful for about half to be girls). 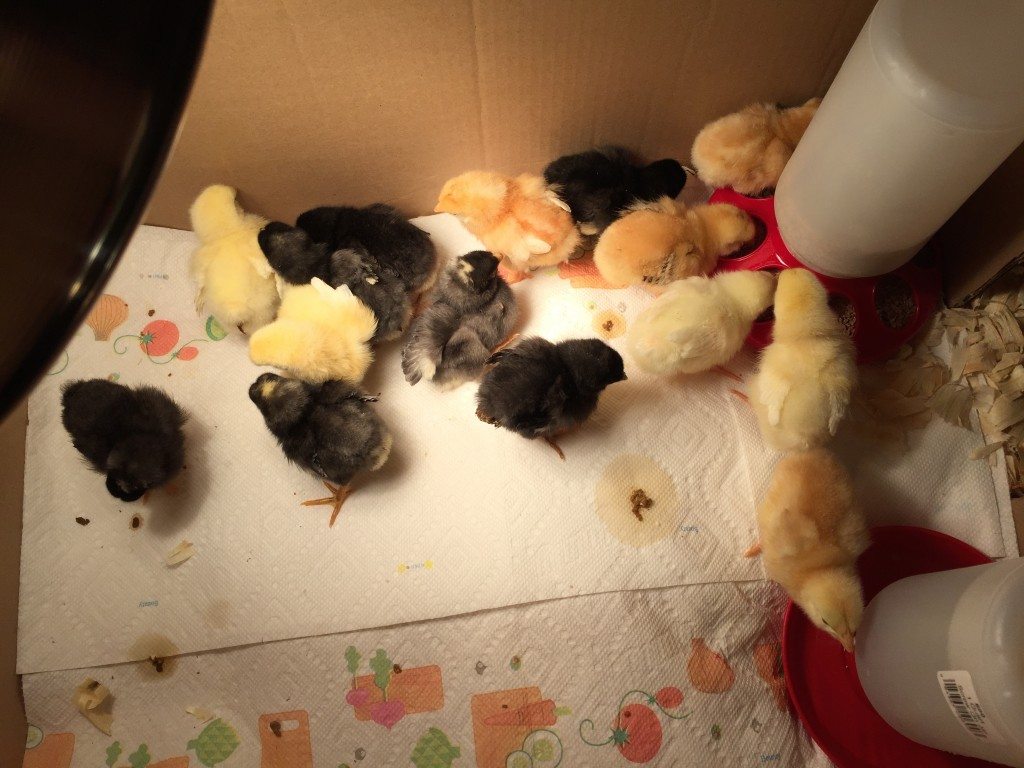 the kids were so super excited. 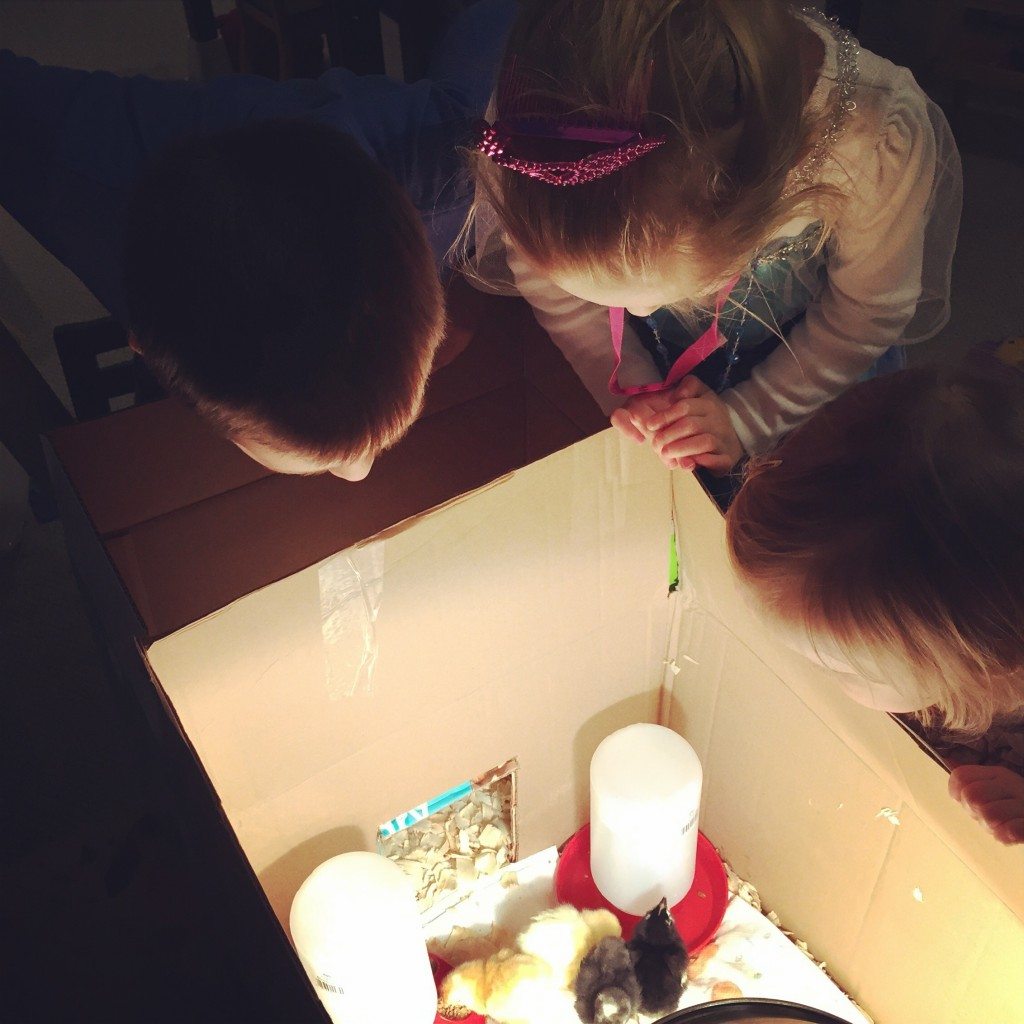 obviously, anna was the biggest fan. 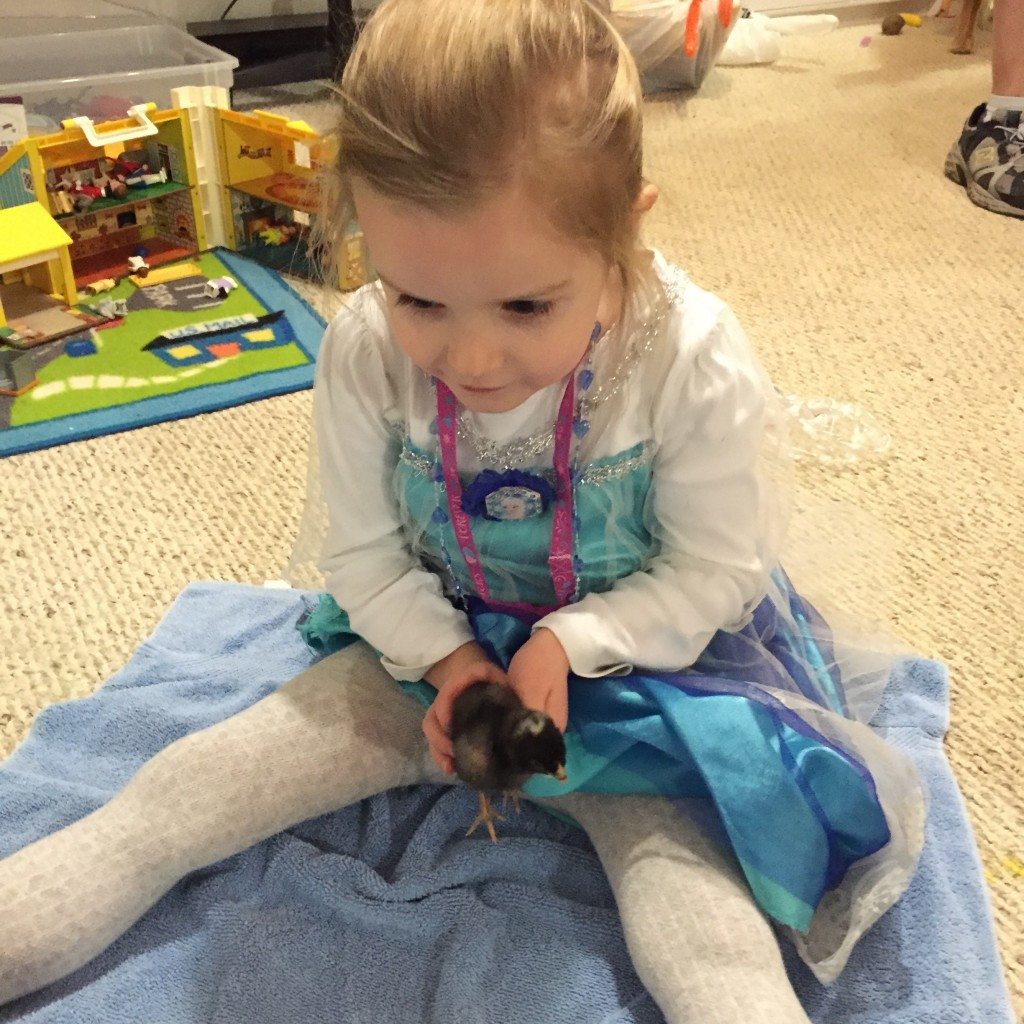 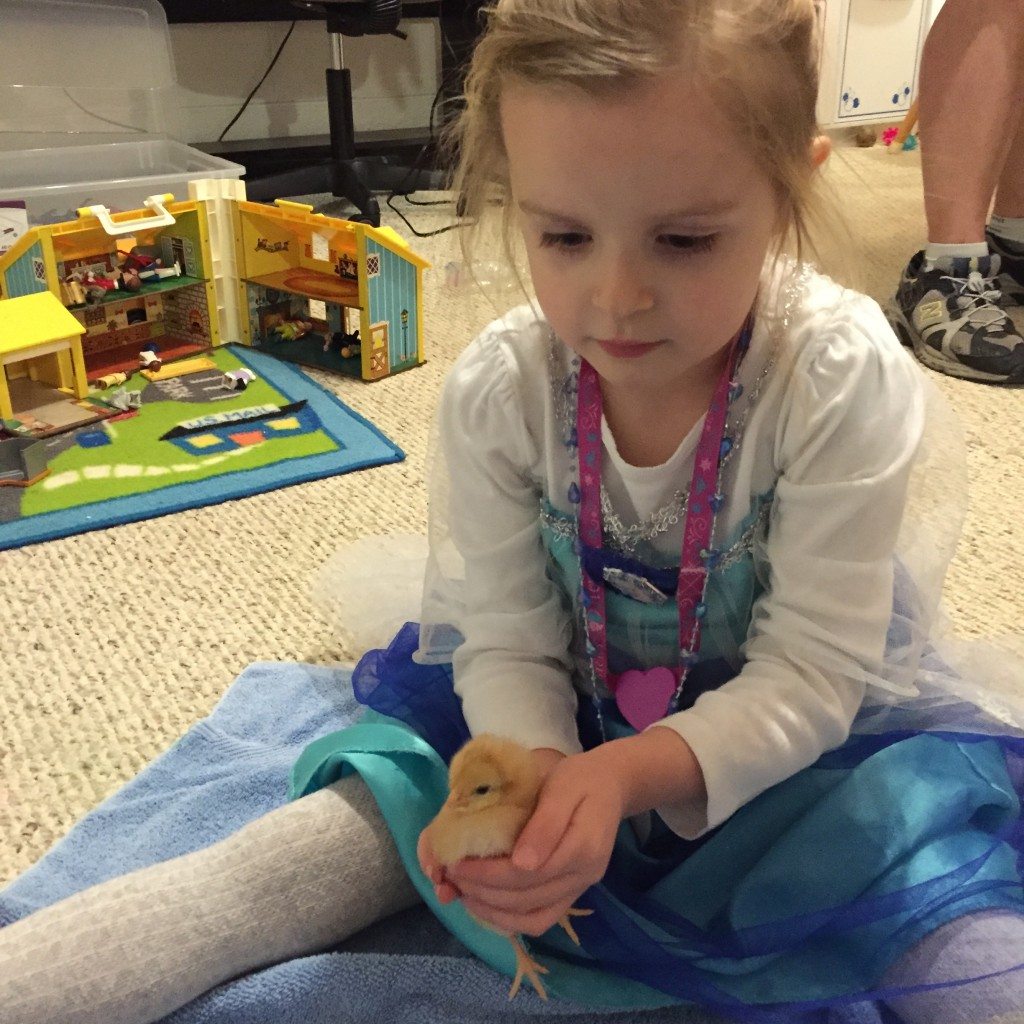 isaac was more interested than i thought he would be. we went down to visit them several times a day. 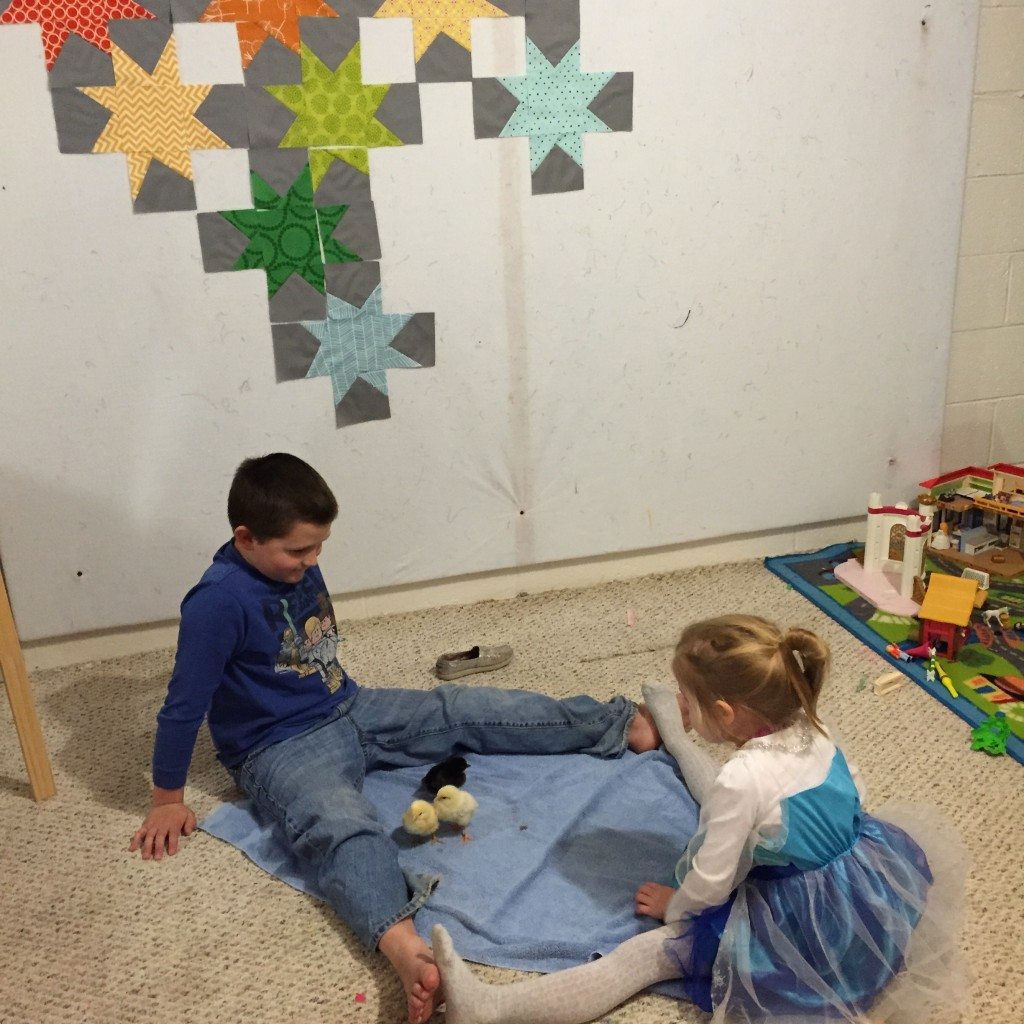 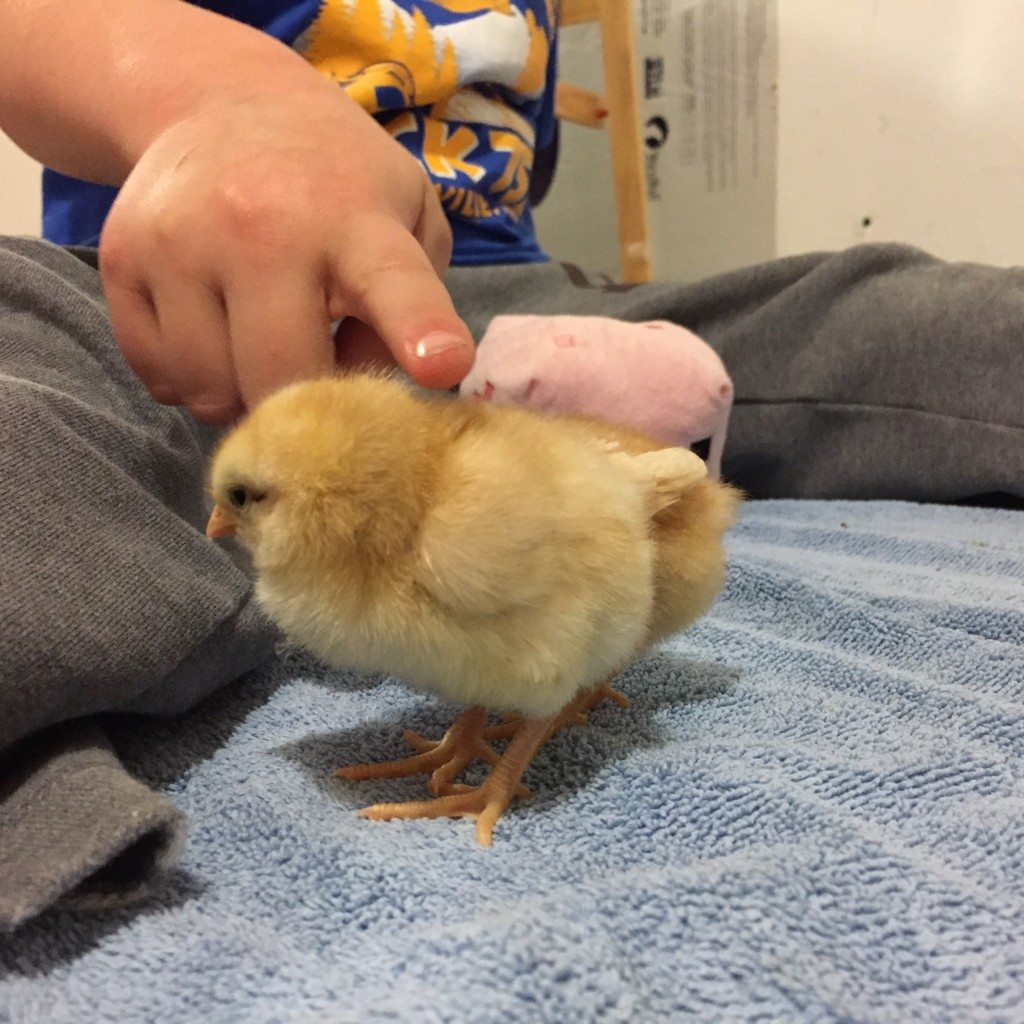 they are so freaking cute when they are chicks. 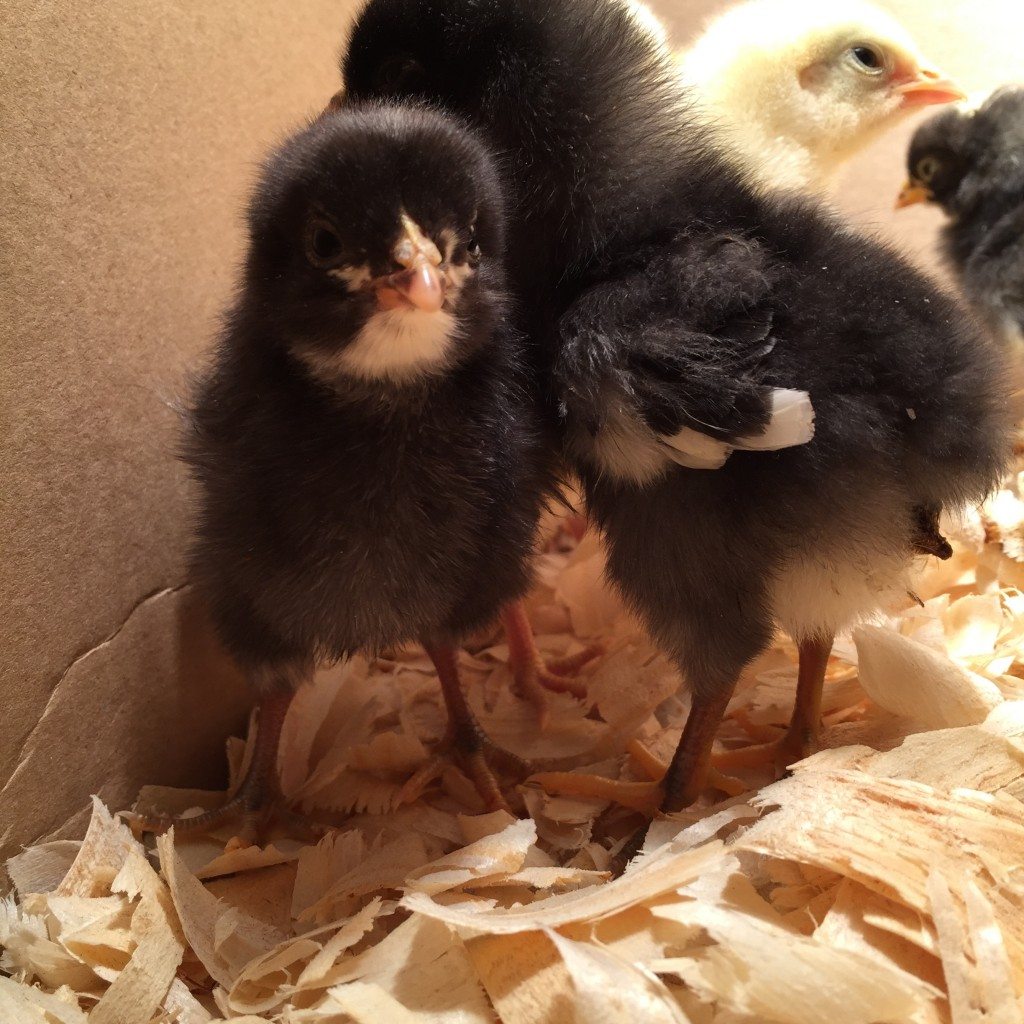 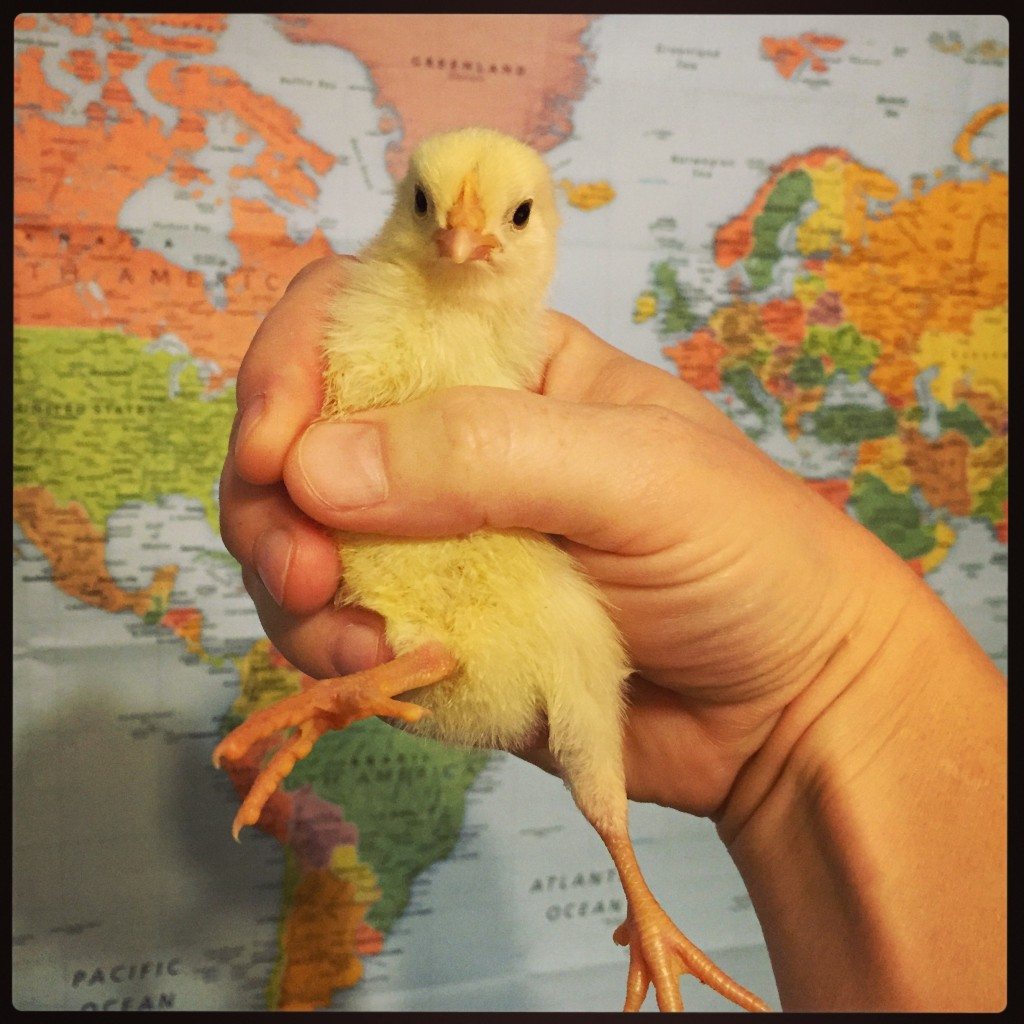 hazel tried to maim them upon meeting them. then she freaked out when we all screamed “no no no!” as she pulled a wing as hard as possible. and then she was scared of them. but she slowly came back around. 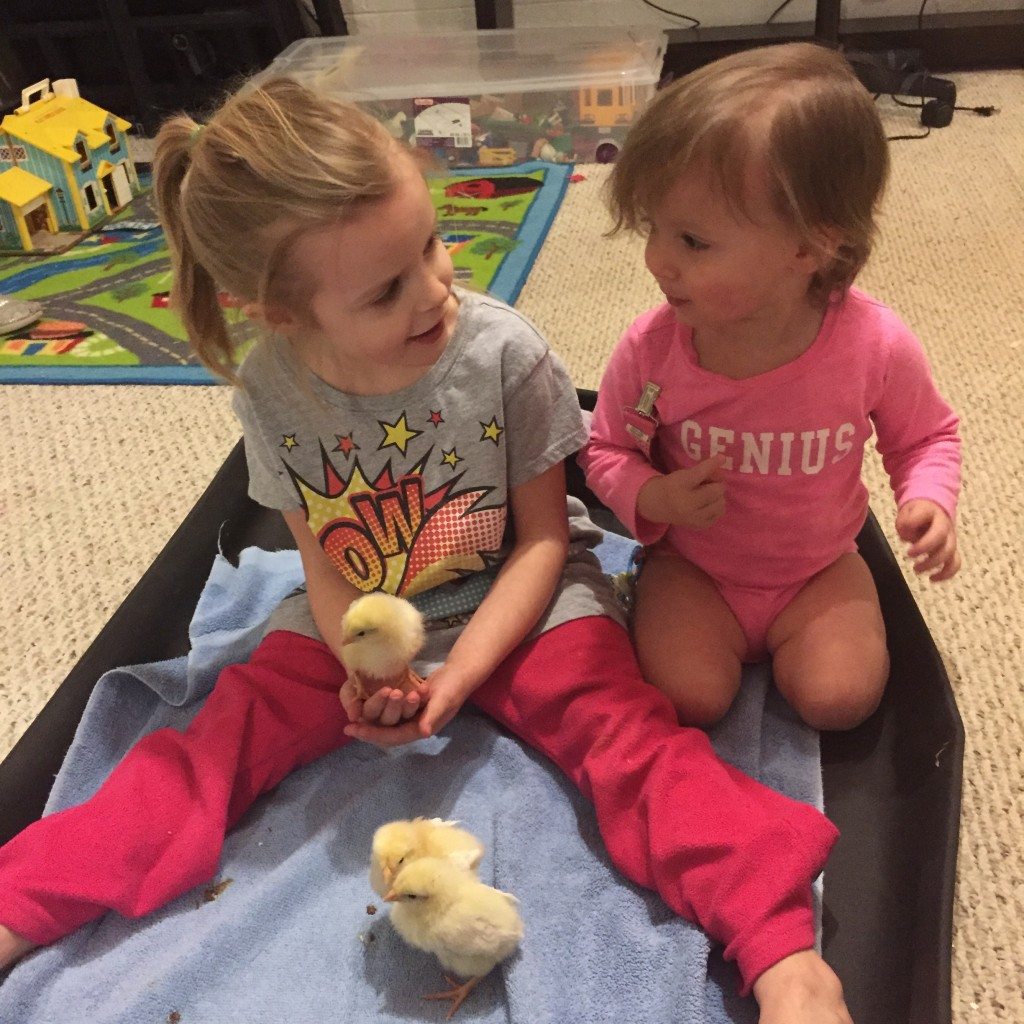 seriously. it was heaven for anna. 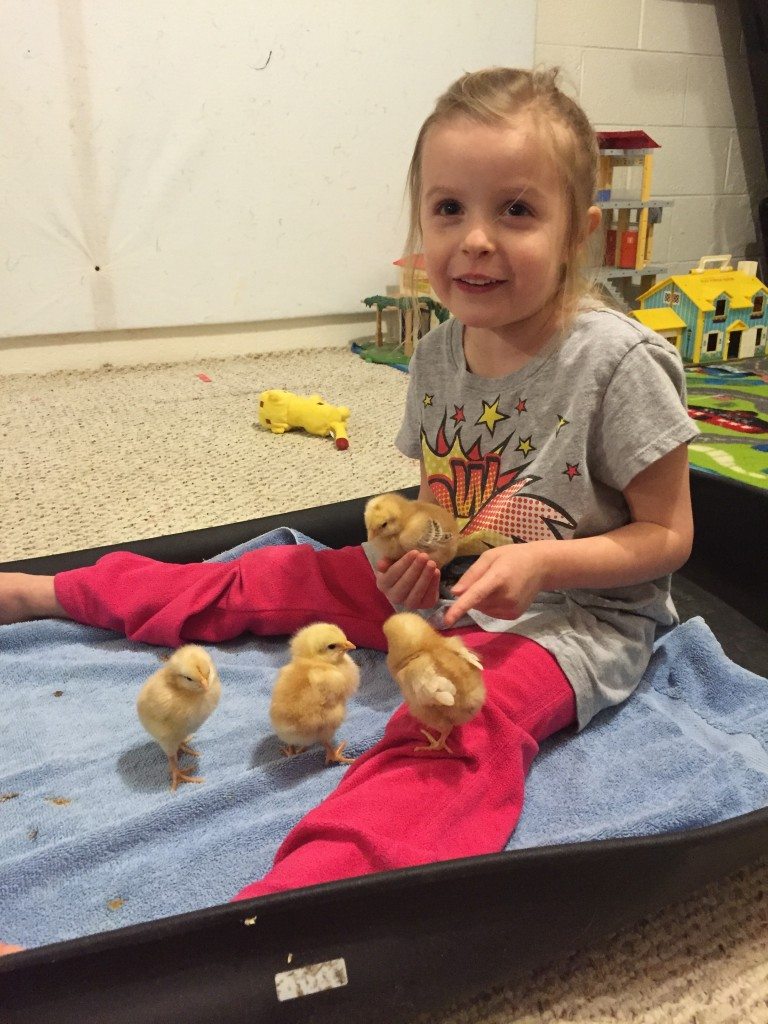 they grew big fast. and it got warm, so we were able to take them out some. 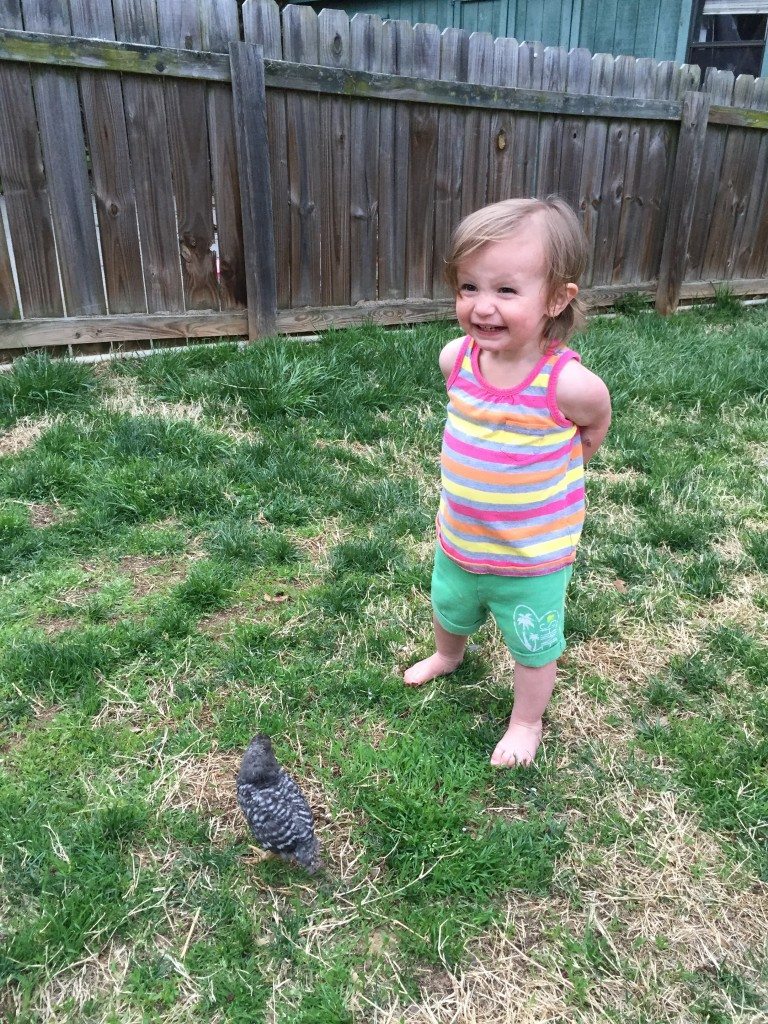 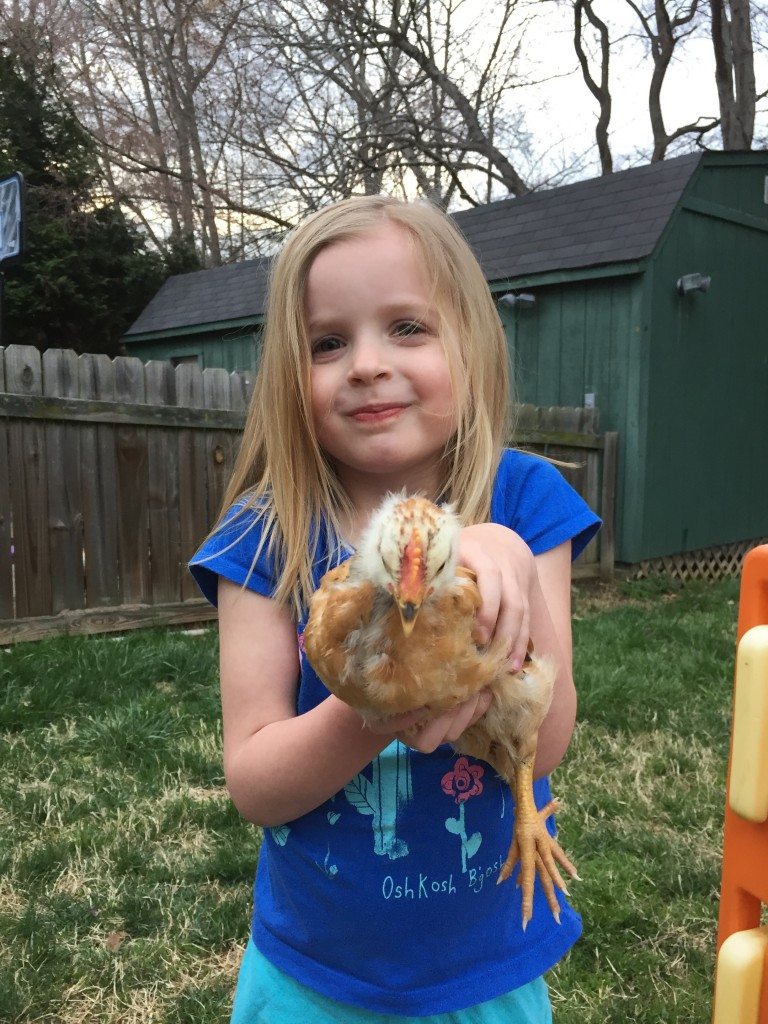 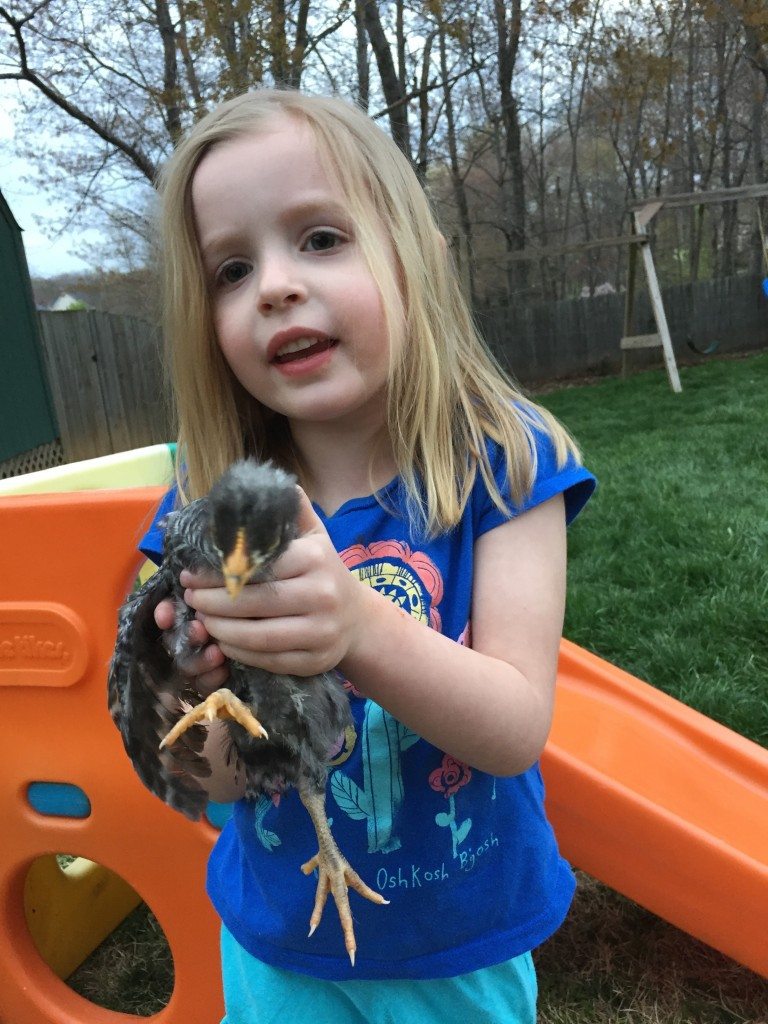 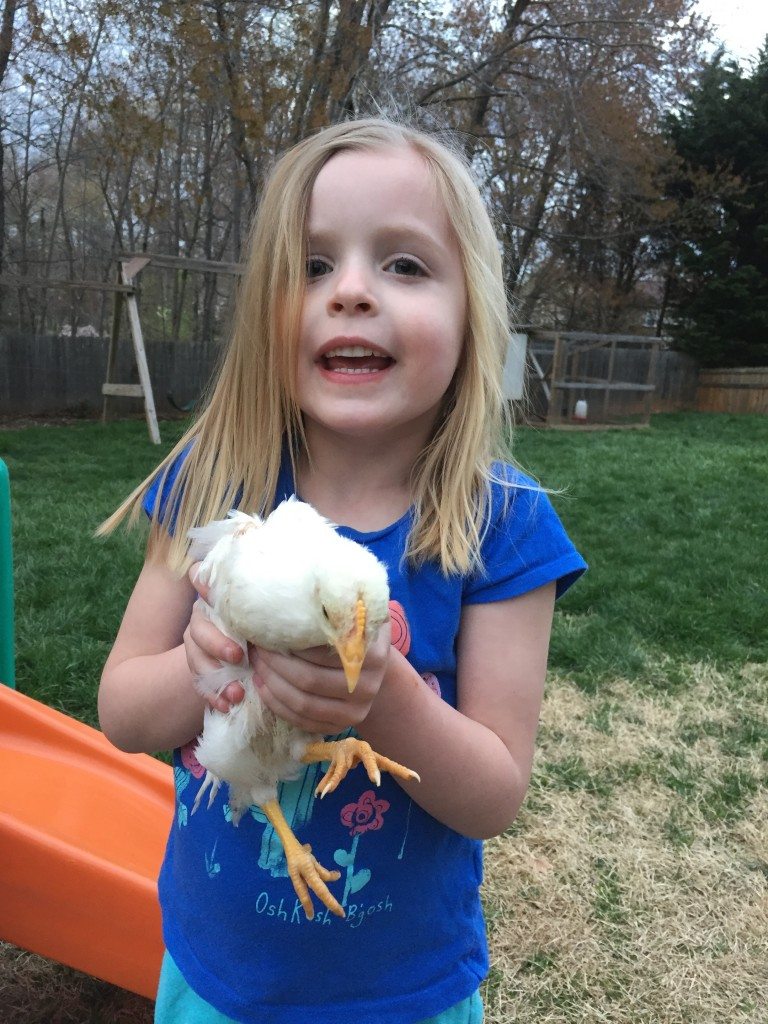 they got big enough to fight off the chicken maimer. 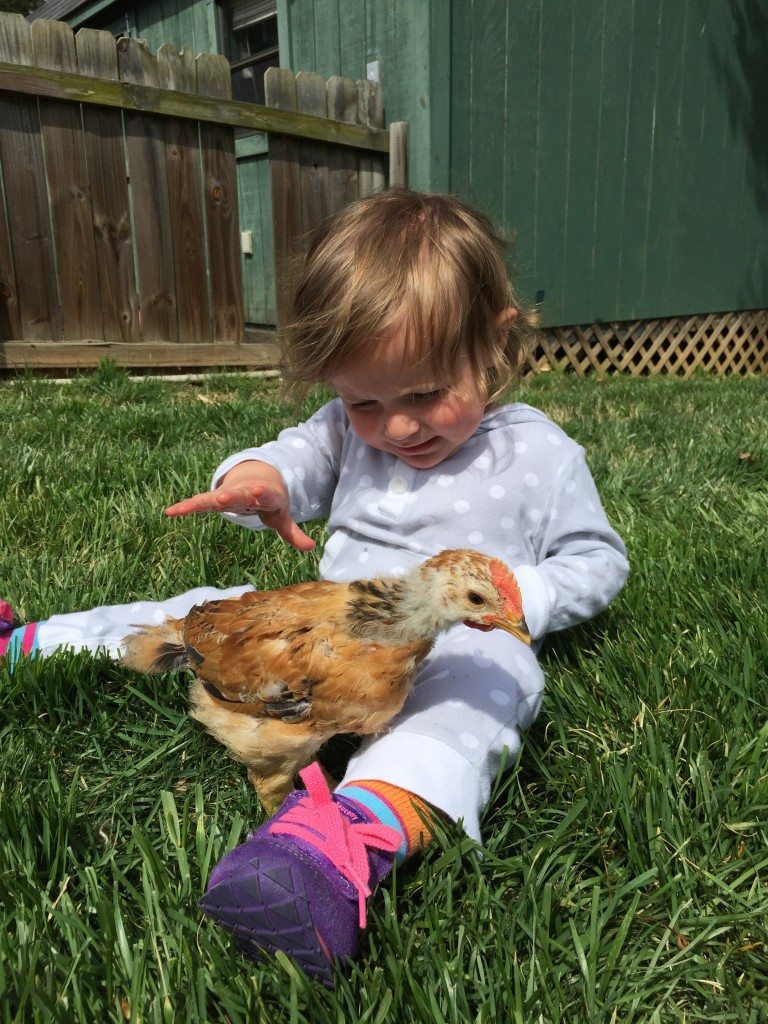 we took them out more and more. 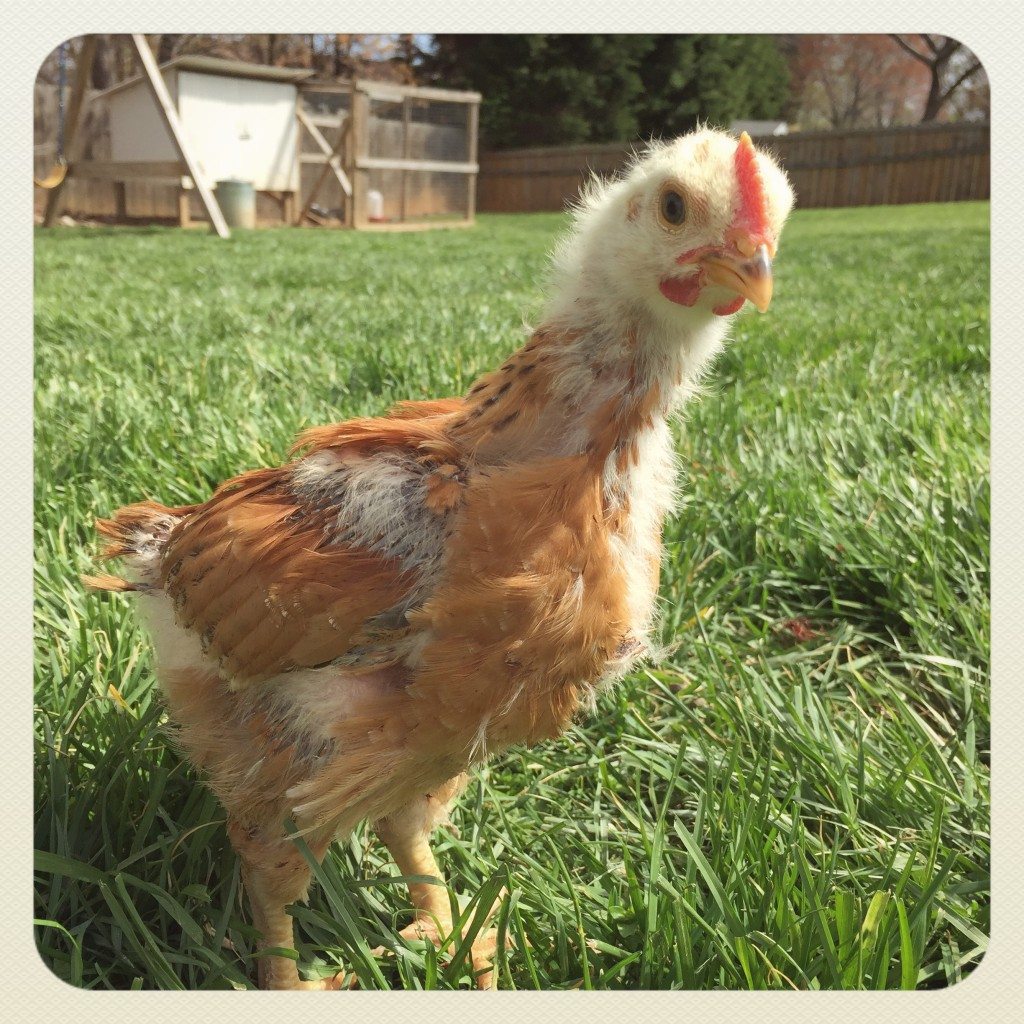 we were hoping for lots of hens. and lots of friendly chickens. the more handling, the better. 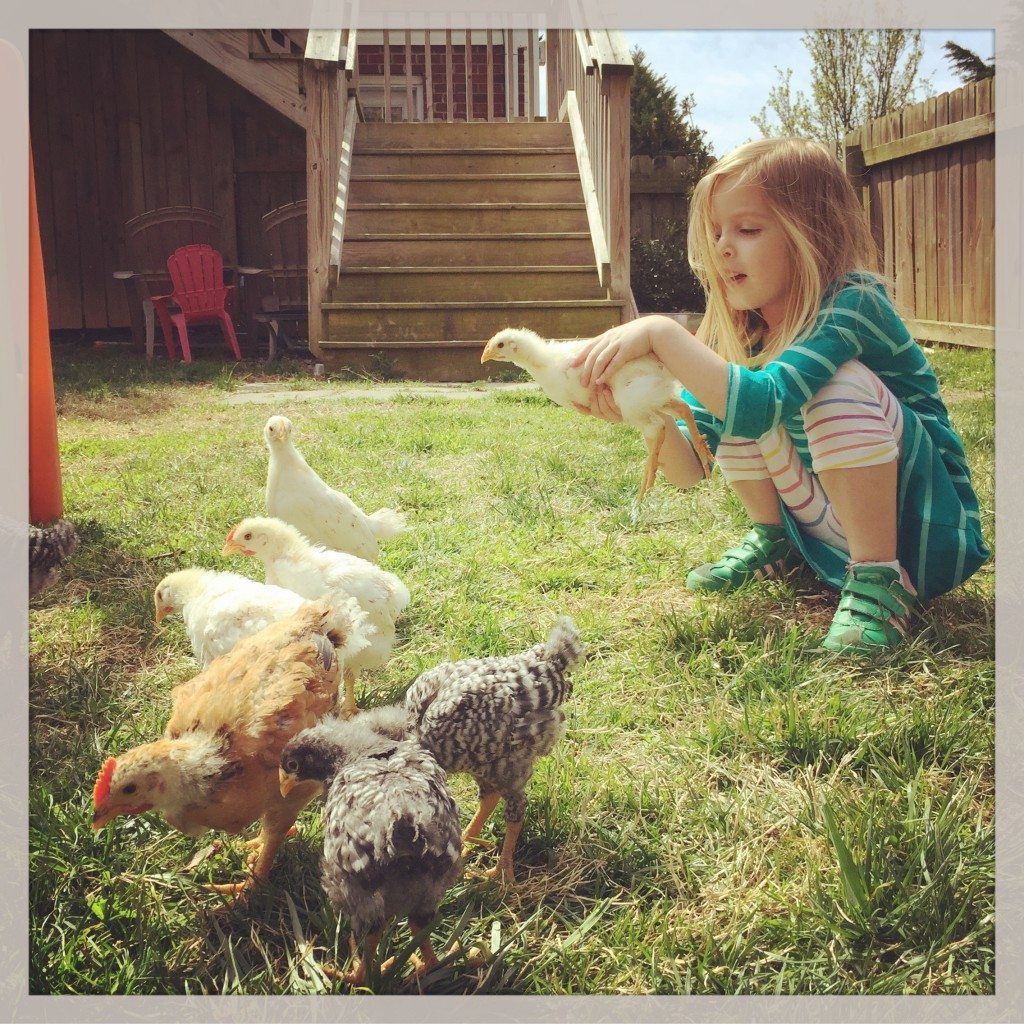 portrait of a teenage chicken. 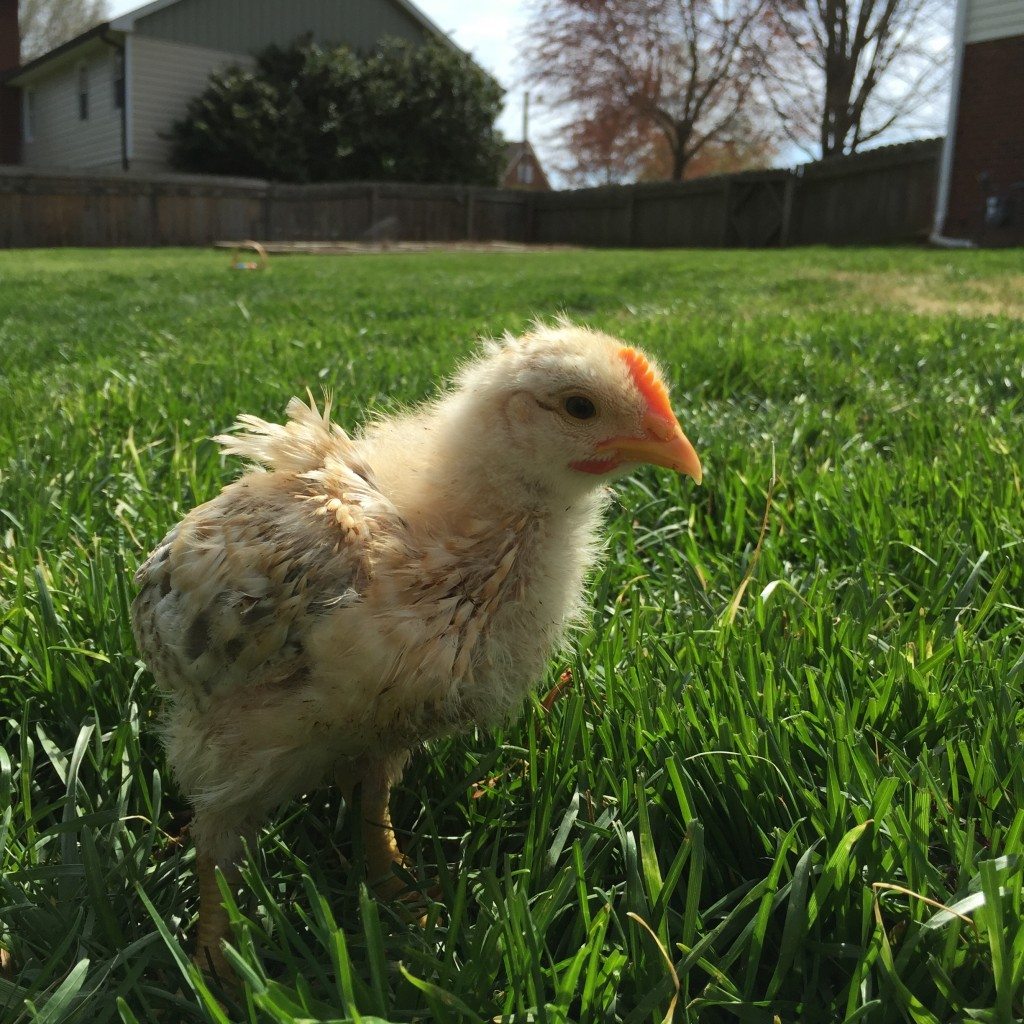 eventually, they outgrew their box in the garage. but, we couldn’t put them in with the grown chickens yet, because they’d kill them. jerks. so, derek built a little fenced in area for them under the deck. and there they lived. it was so nice to not have to feed and water them 8 times a day. and we figured in a month or so they’d be big enough to move in with the grownups.

and then.
tragedy struck. 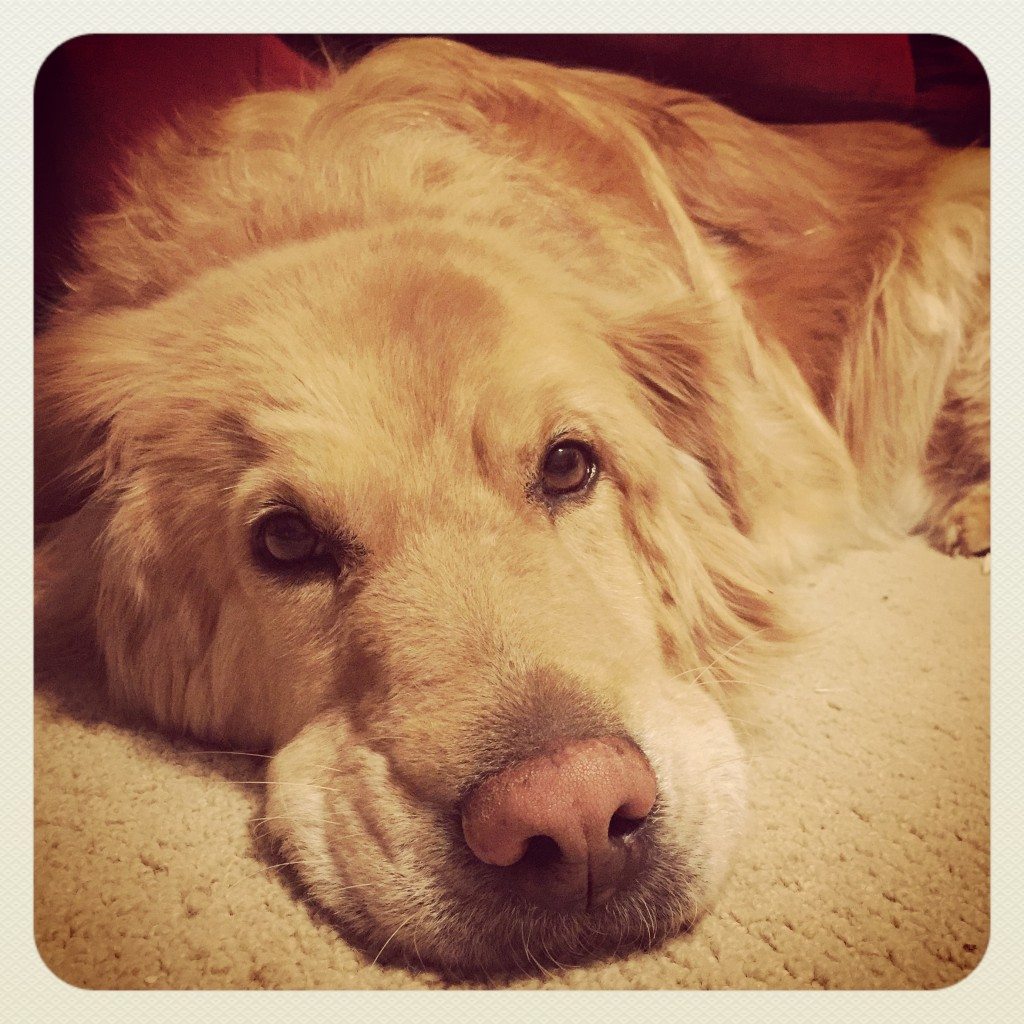 it’s the face of a cold blooded chicken killer.
her rap sheet is as follows:
she killed 3 of our original flock when they were just 5 weeks old. that’s when we knew we needed to keep her away. she seemed to do ok with the grown group if they kept together, but she would go after a lone straggler or a squawker. she killed tina fey, our favorite and then chicken sarah powers. she also got a couple of babies awhile back when we hatched some eggs.

anyhooo. we were actually down to only 13 chicks because two died in the first week. and i had let lucy out into the yard and it was rainy, so i figured i’d let her get her money’s worth, because once i dried her off, i wasn’t going to let her out again for awhile. after a bit, she came in. i dried her off. noticed she was particularly muddy. put her in basement. and walked out to see if she’d been digging in yard…

and this was the gruesome scene awaiting me. 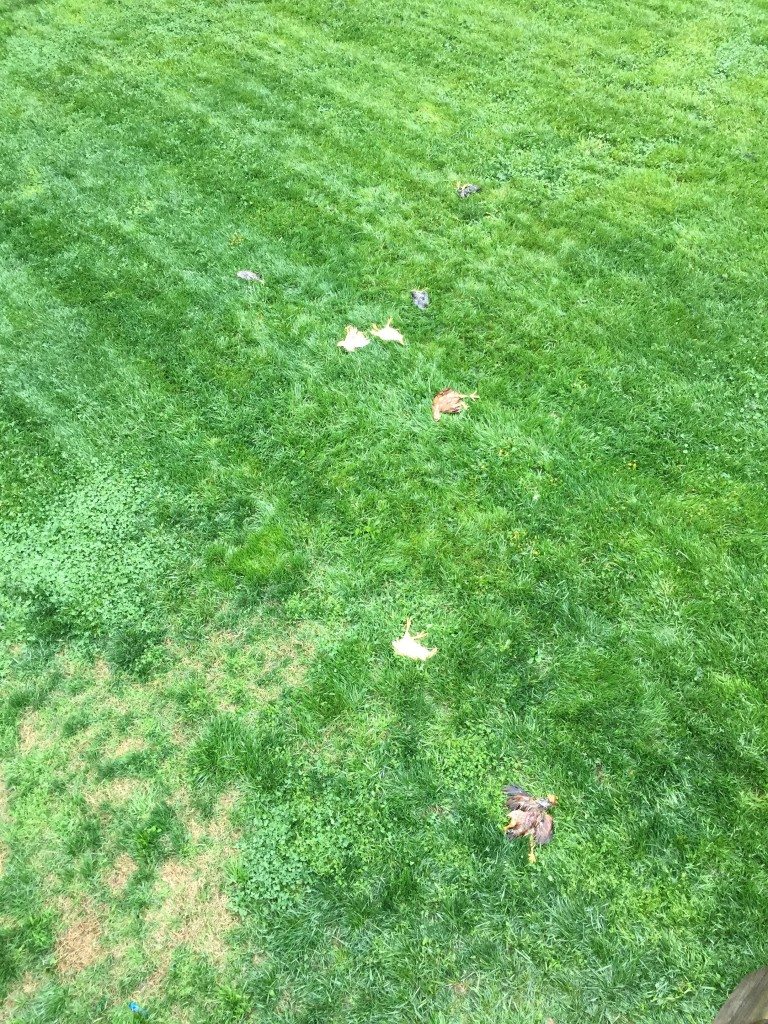 she had dug under the fence and pulled some of it away and gotten in with them. the best i can figure is they all ran out and she systematically picked them off, one by one. they were all ripped to shreds and had guts everywhere. so horrible. glad the kids didn’t see it. she mauled them 12 out of 13. 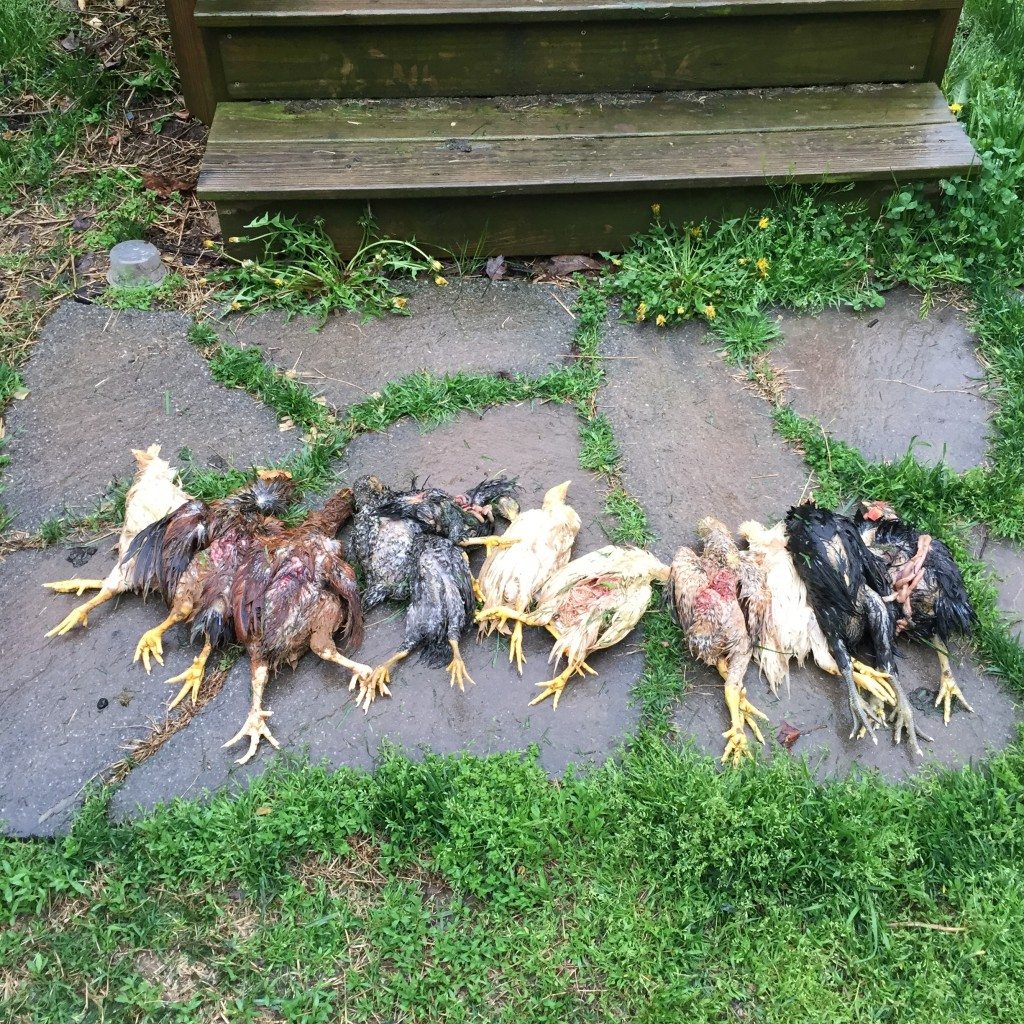 i heard the thirteenth chirping loudly from under the deck. i took it in the garage to the box (which is plenty of space for one chicken). and here it is. it’s a barred rock, just like tina fey. and hopefully it’s a girl. we’ve had plenty of name suggestions. harry potter, the one who lived. catniss everdeen, sole survivor of the hunger games. gloria gaynor, of “i will survive” fame. 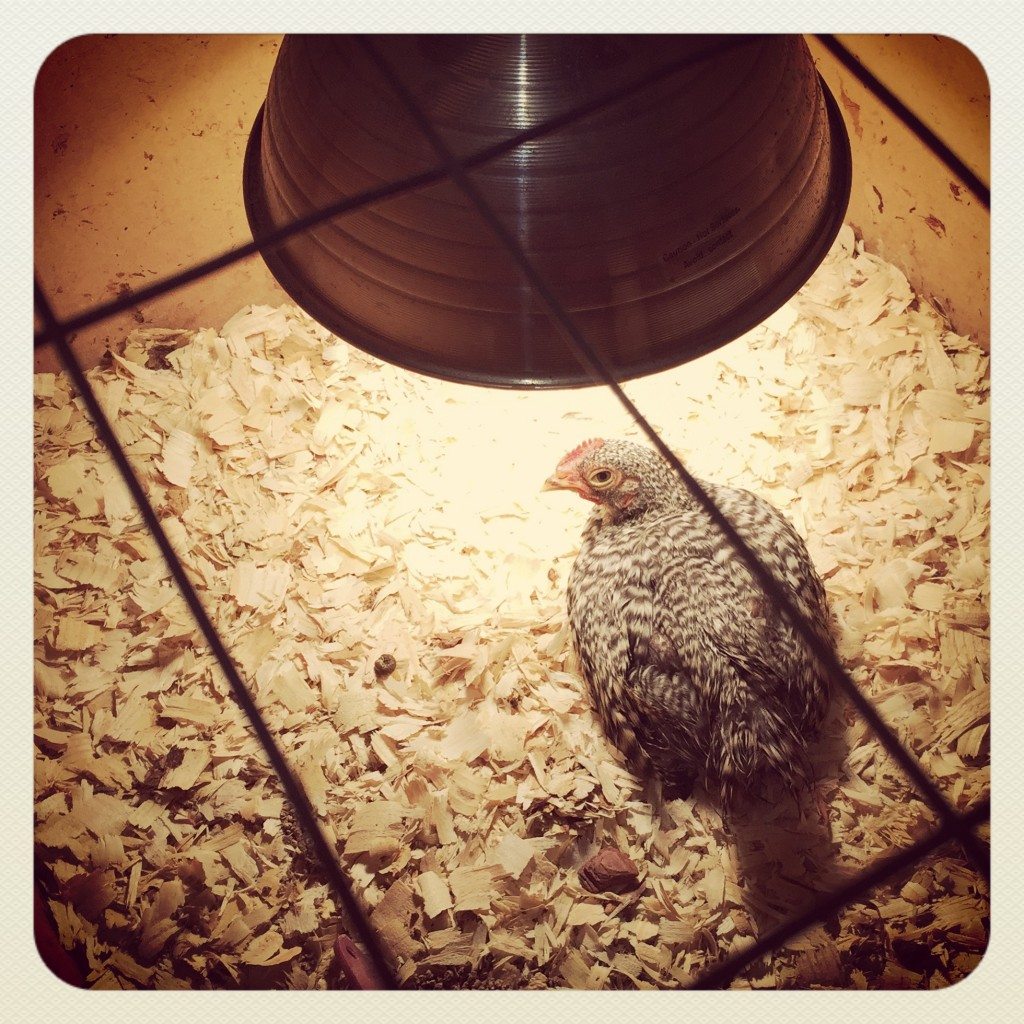 we are spoiling (hopefully)her. she will be our new fave. 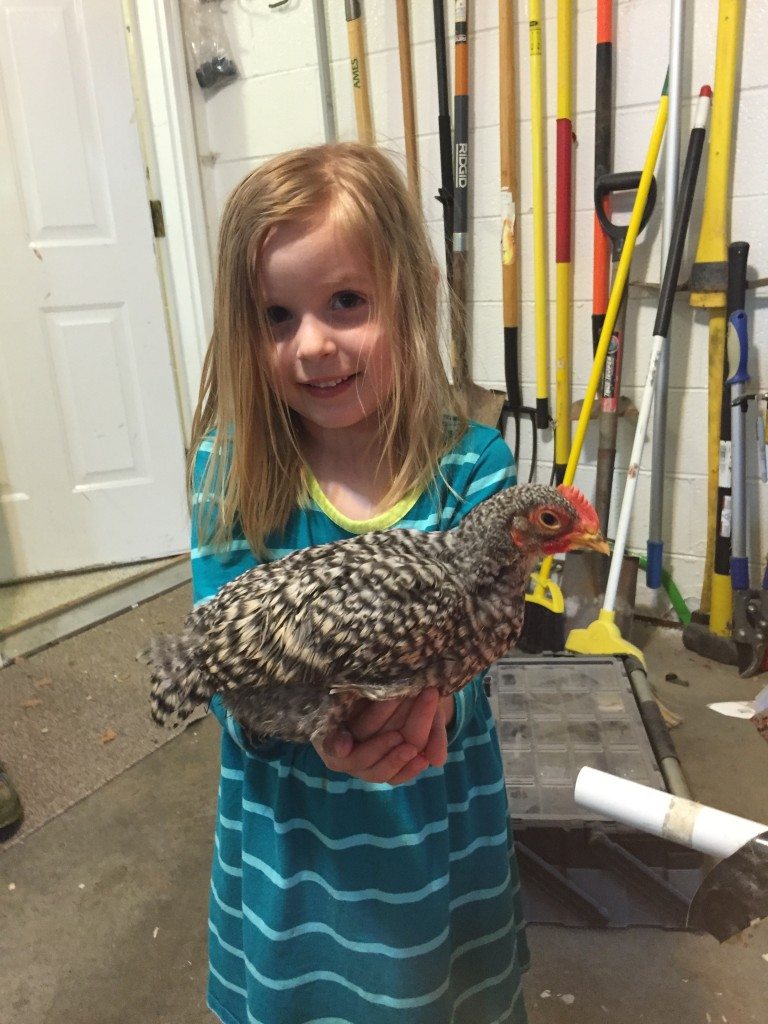 so, no future volumes about these babies. sad.
except for our sole survivor. stay tuned.

oh.
and a final note.
my oh-so-hilarious friend jude dropped this little gift by yesterday afternoon: 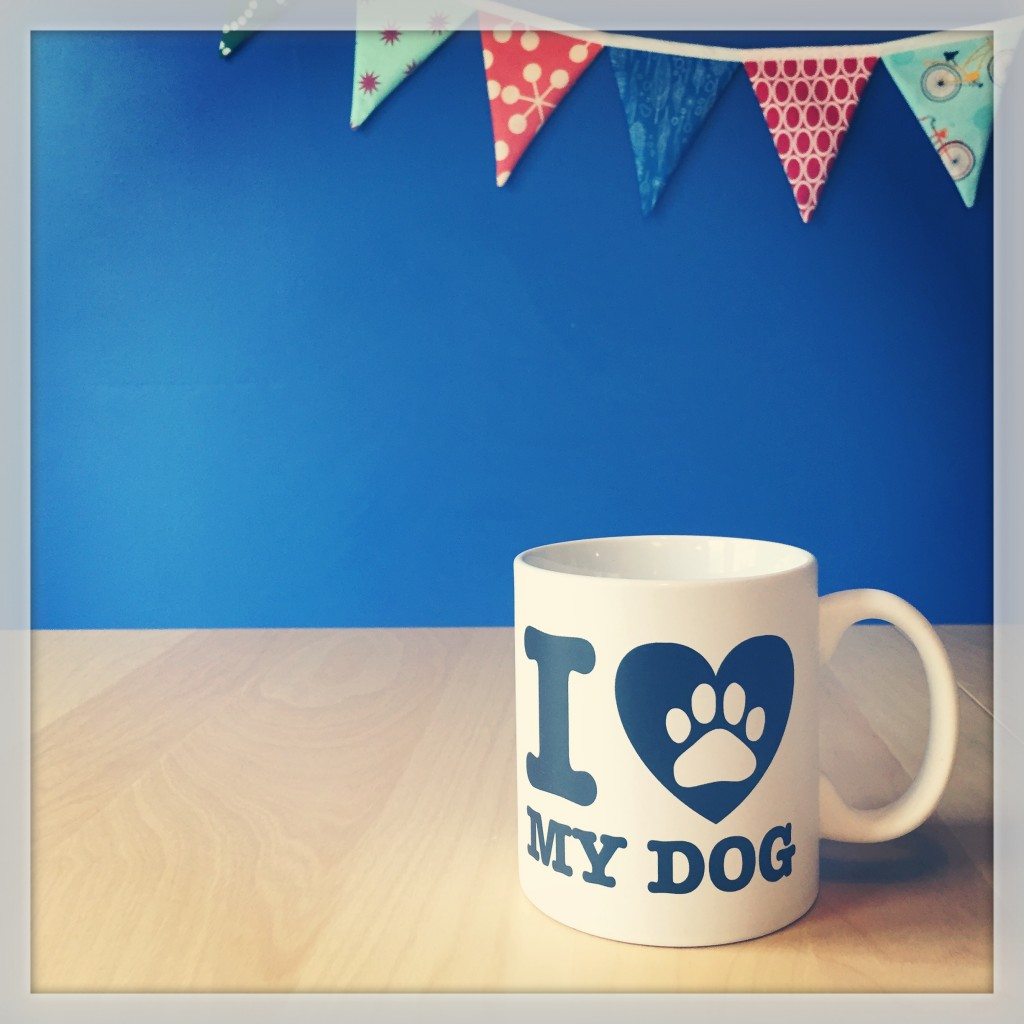 because, i obviously currently do NOT love my dog.
she’s been in solitary confinement for the last couple of day for her own safety.