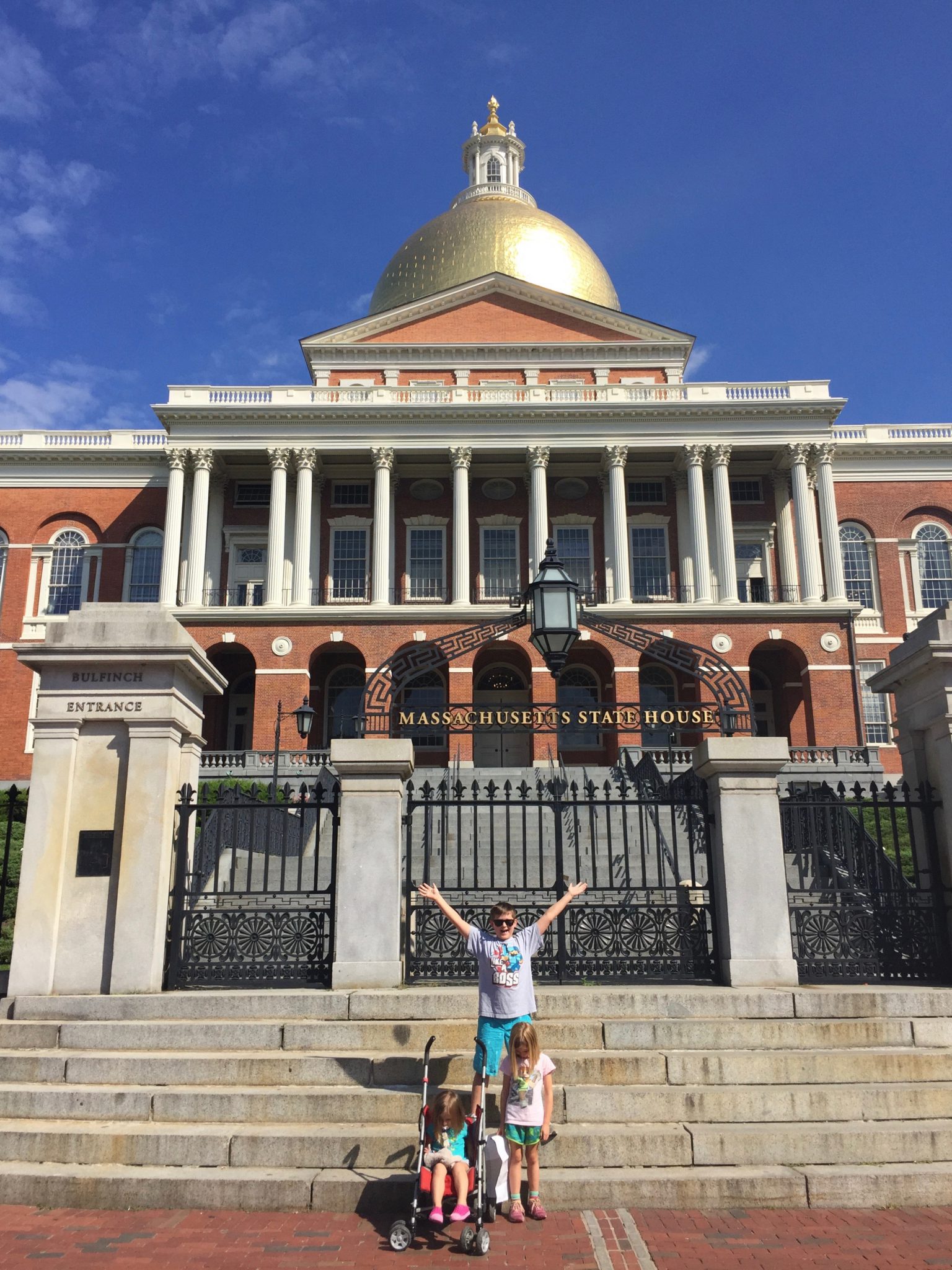 last weekend, we had our biggest adventure so far, two days in boston. derek worked hard to create a two day long itinerary of educational adventures for the five of us. so, we woke up early friday and drove to beantown.

we dropped the car off at the hotel, had some breakfast, and called an uber to take us to faneuil hall. we wandered around inside for a bit, got our national parks passports stamped, and picked up some junior ranger workbooks that our kids would never do. 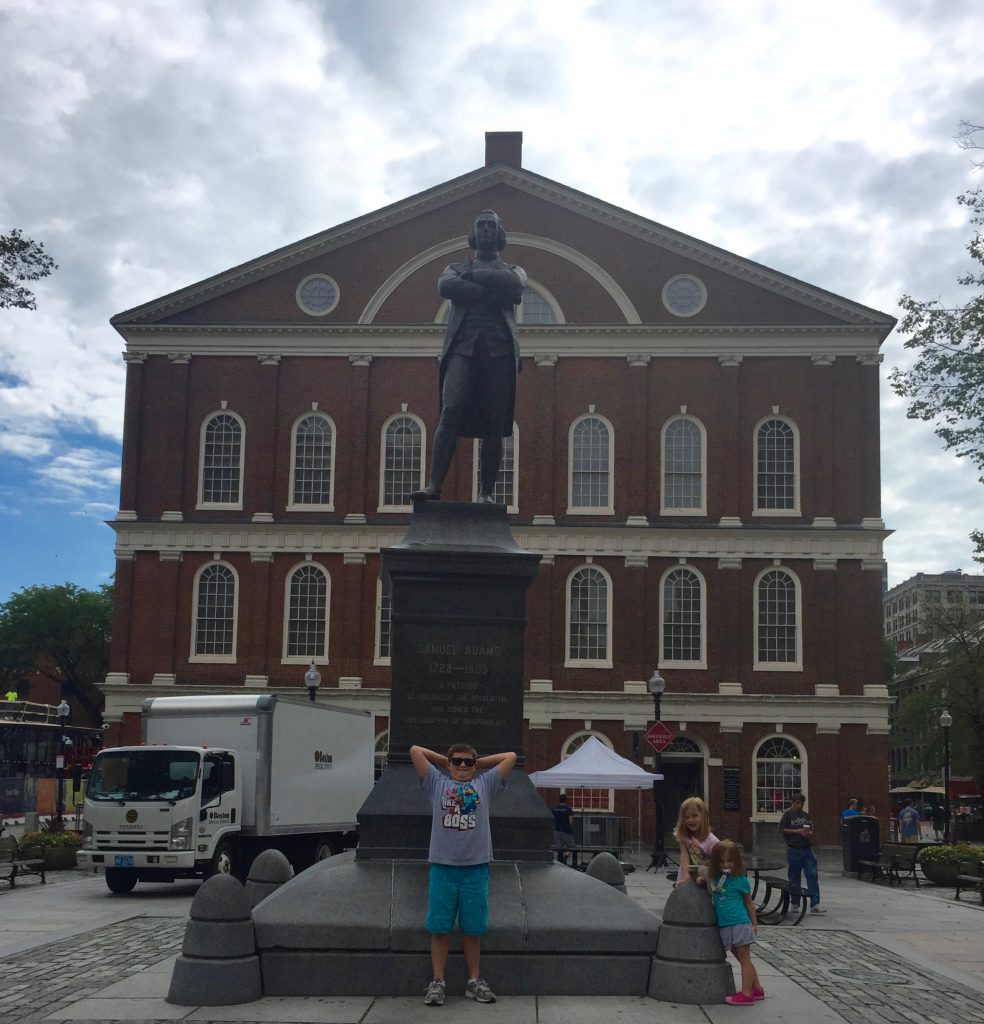 from there, we walked to the massachusetts state house, so we could knock another state capitol building off of our list. 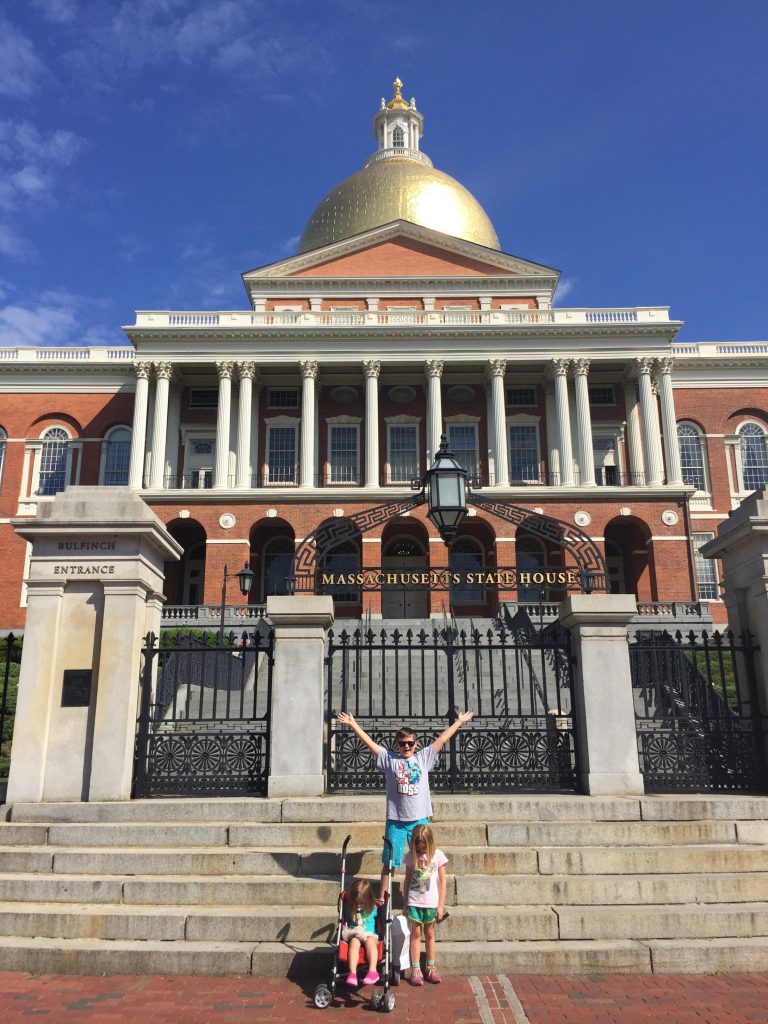 after the state house, we made our way across the street to the boston common, where the freedom trail guided tours start. and then it all fell apart. i was disappointed for several reasons. for one, it was very hard to hear our guide. i think she was pretty awesome, but her voice was quiet and we were often in the back, because for two, our kids were over it. the first stop was very long, and like most of the stops, not actually really near anything. so they mentally checked out early. and three, as previously mentioned, we didn’t actually stop at the places on the stop. we looked at a couple of churches from across the street. we were never even able to get a good view of the state house (so i’m thankful that we did make the stop on the way in). we also seemed to pick up stragglers, who hadn’t paid, who made the group larger and larger. anyhow, after a few stops of misery, derek called and they refunded our money. in retrospect, i wish we would have picked up a kids guide and an adult guide and done the trail on our own. there’s always next time….

one of the places we did actually enter was the granbary burial ground, where we stopped to talk about famous people several times. i think. i picked up bits and pieces. 😉 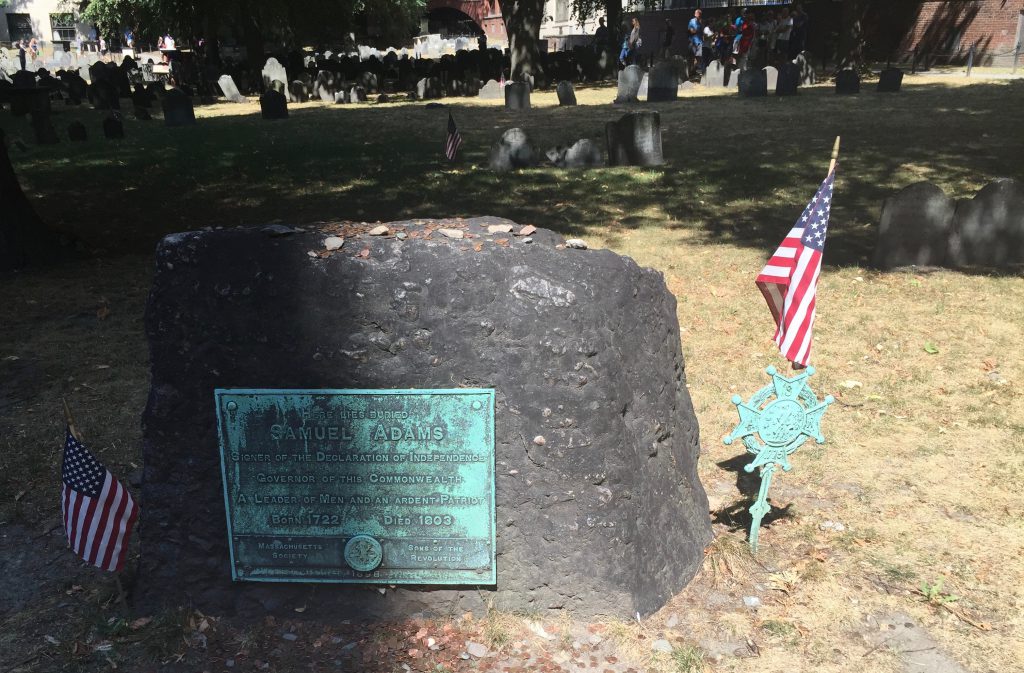 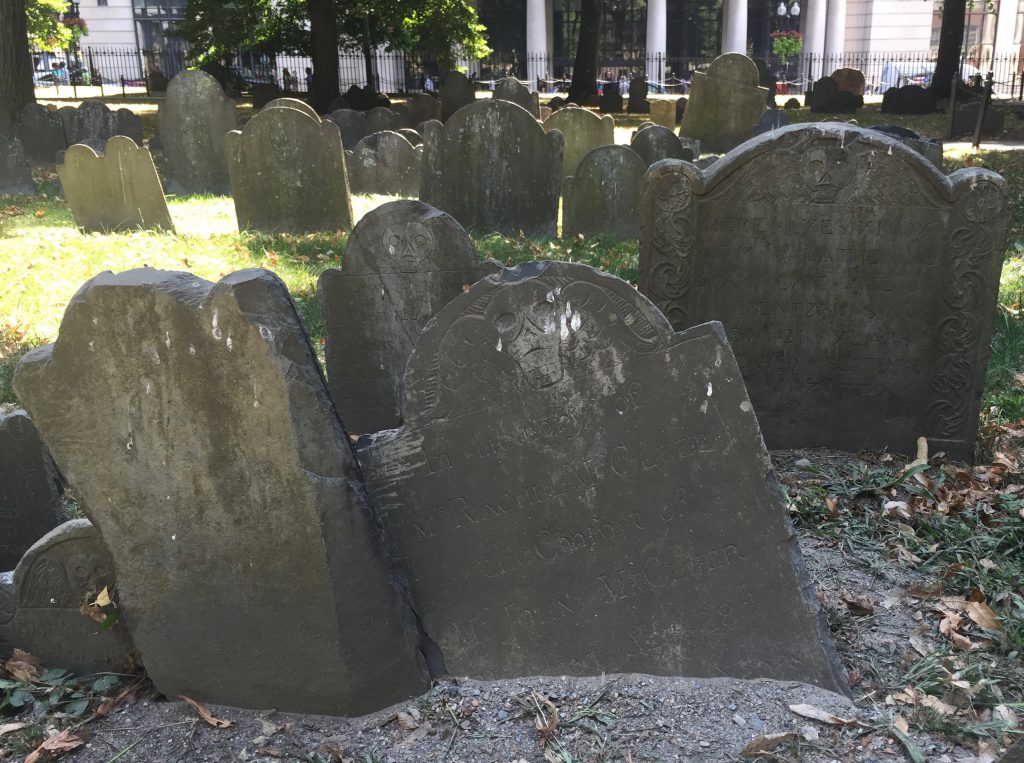 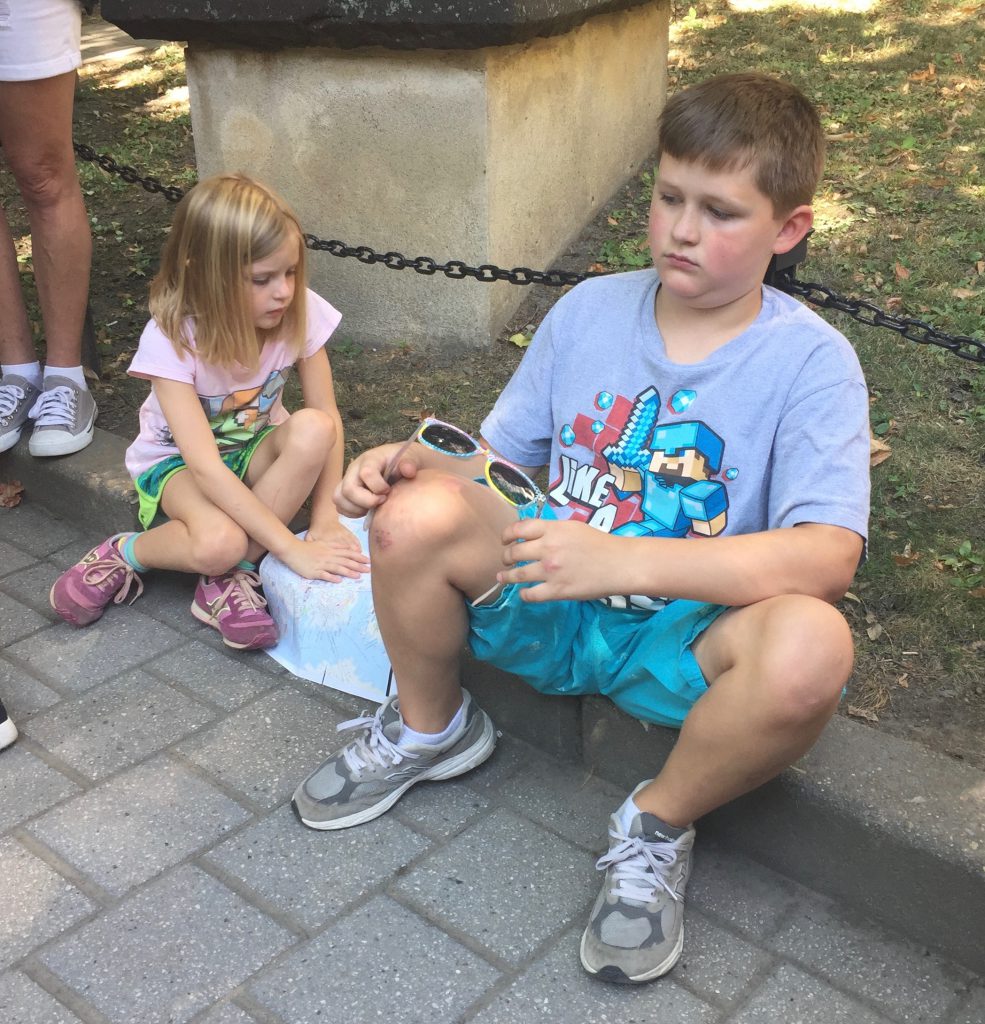 anna was delightful enough to let me take this pic. 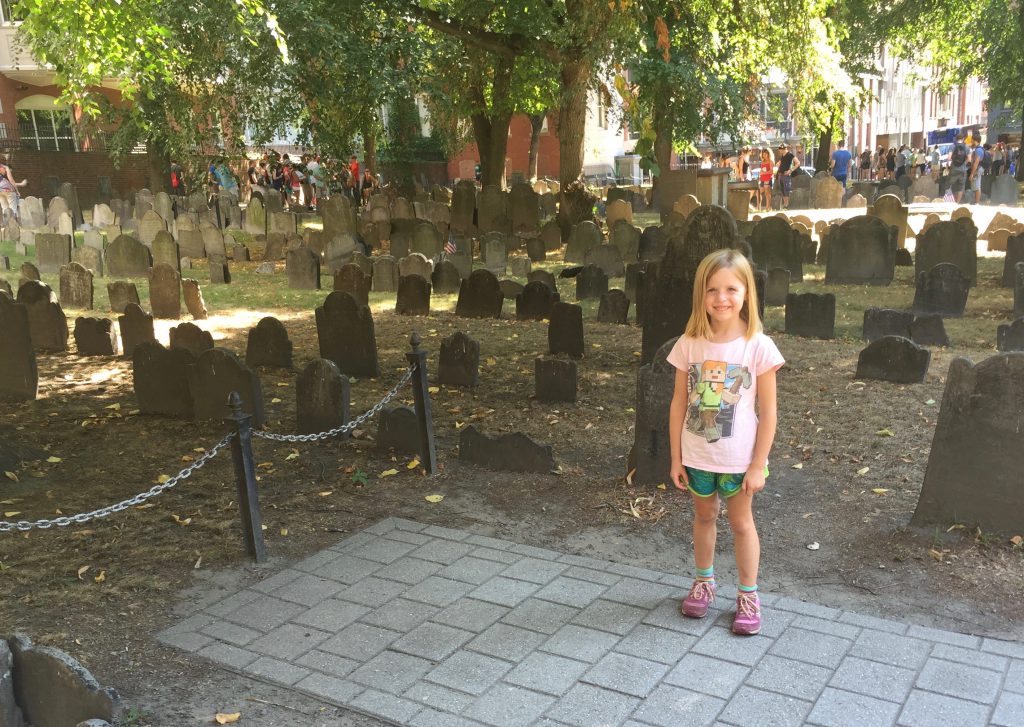 old kings church. as seen from across the street. :(. and i was looking forward to the burial ground next to it, but we never even went near it. 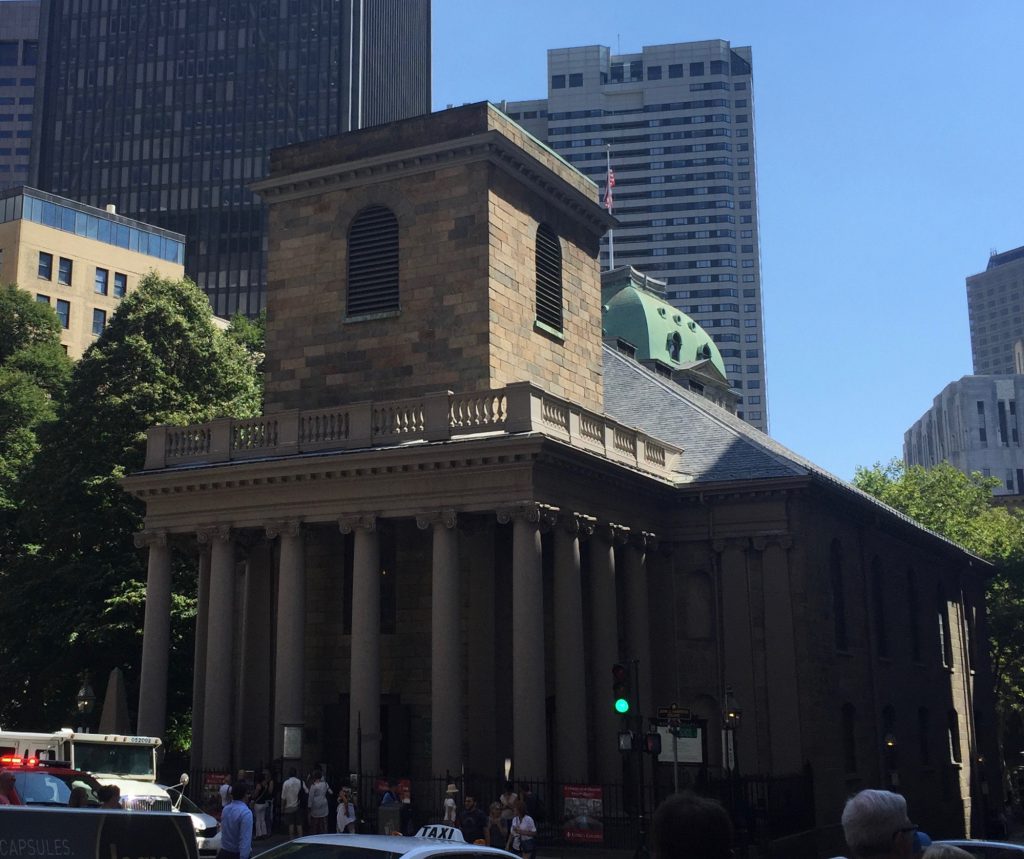 behind the church was an old school. this marker on the sidewalk commemorates it? i think? 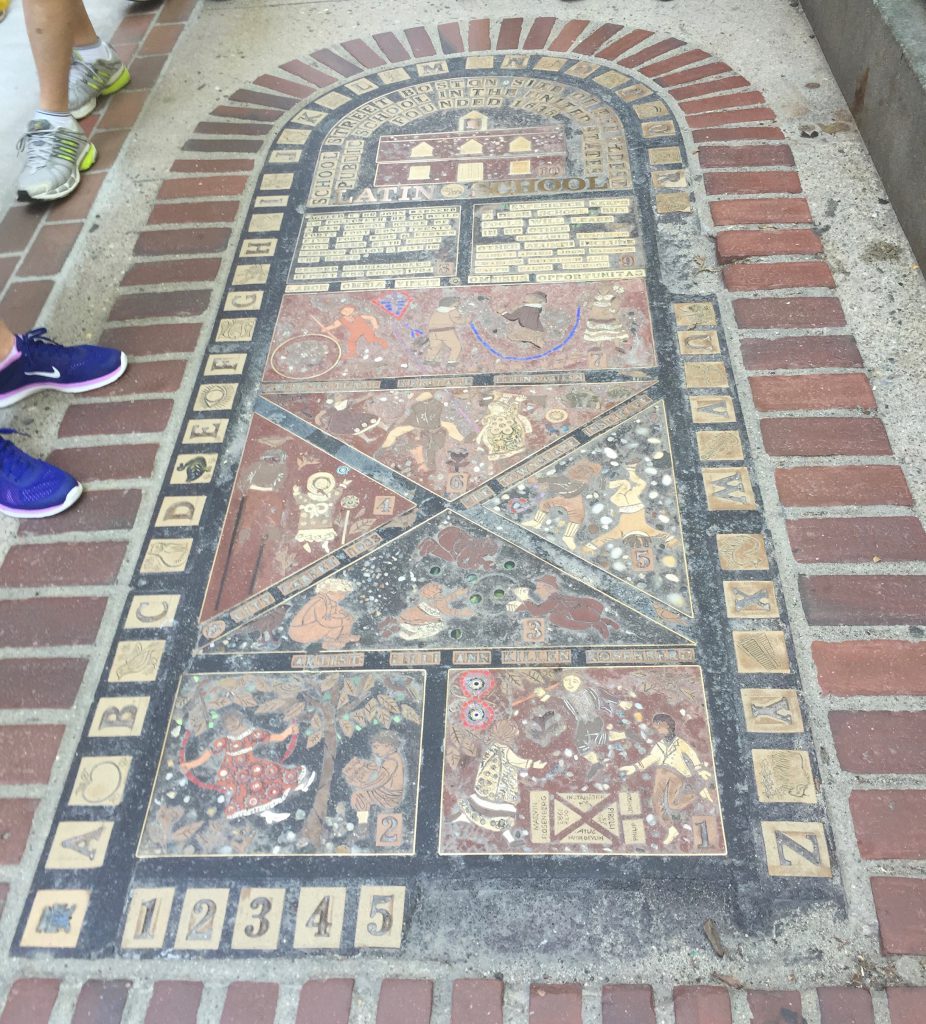 also, one thing i DID hear was, there was this pedestal and a statue of benjamin franklin has overlooked the site of the school for years and years and years. and just recently, ruth’s chris steakhouse had some tents outside and one blew away and knocked over the statue and shattered it. excellent job retail america. here’s the empty pedestal. 🙁 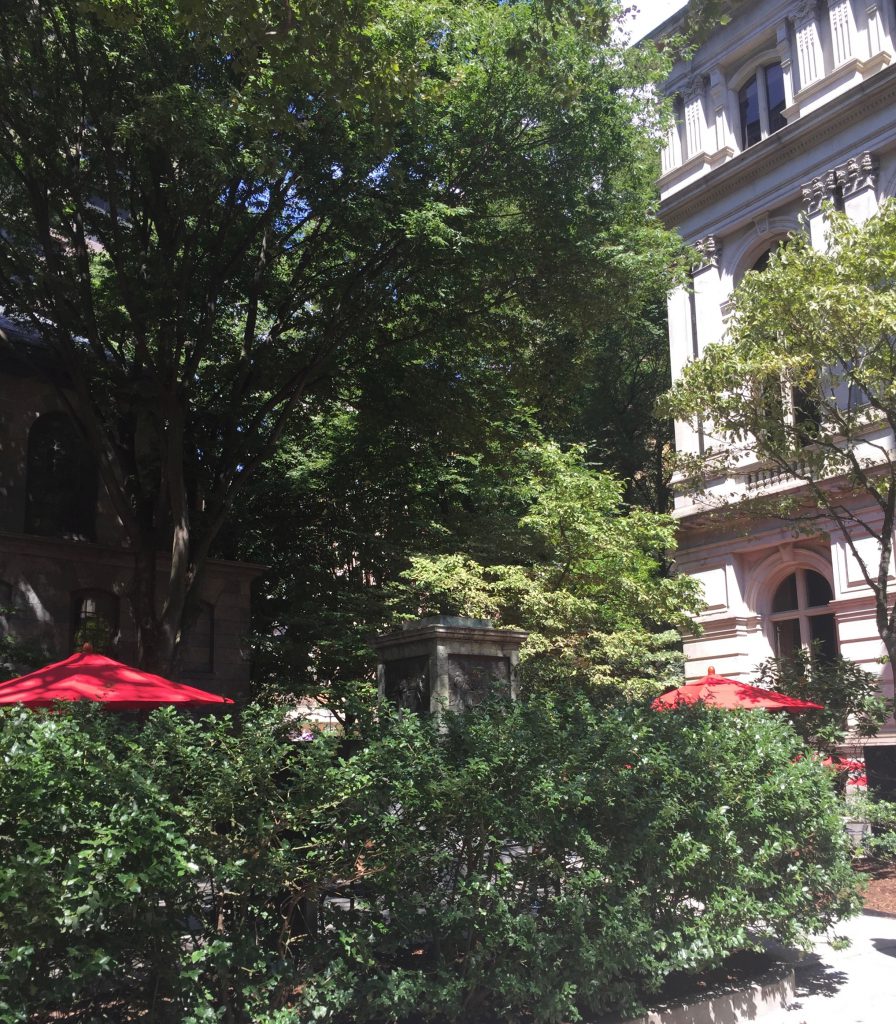 this was the point where we departed the tour and ventured out on our own. so, instead of racing to keep up with the group with my tiny posse, i could stop and take pics. example: this trail marker for the freedom trail. 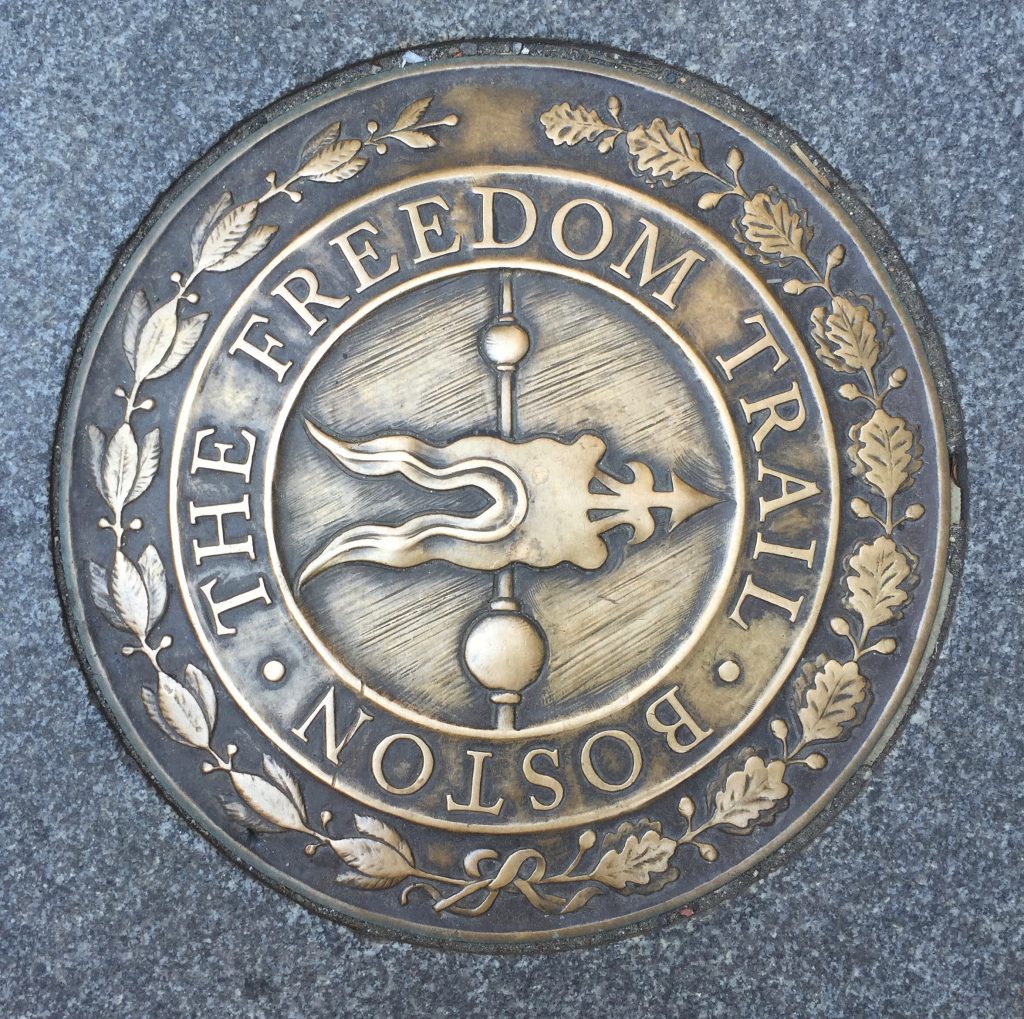 the site of the boston massacre. we tried to brief the kiddos on boston history before we came, so i think they maybe actually cared about this a little. maybe. 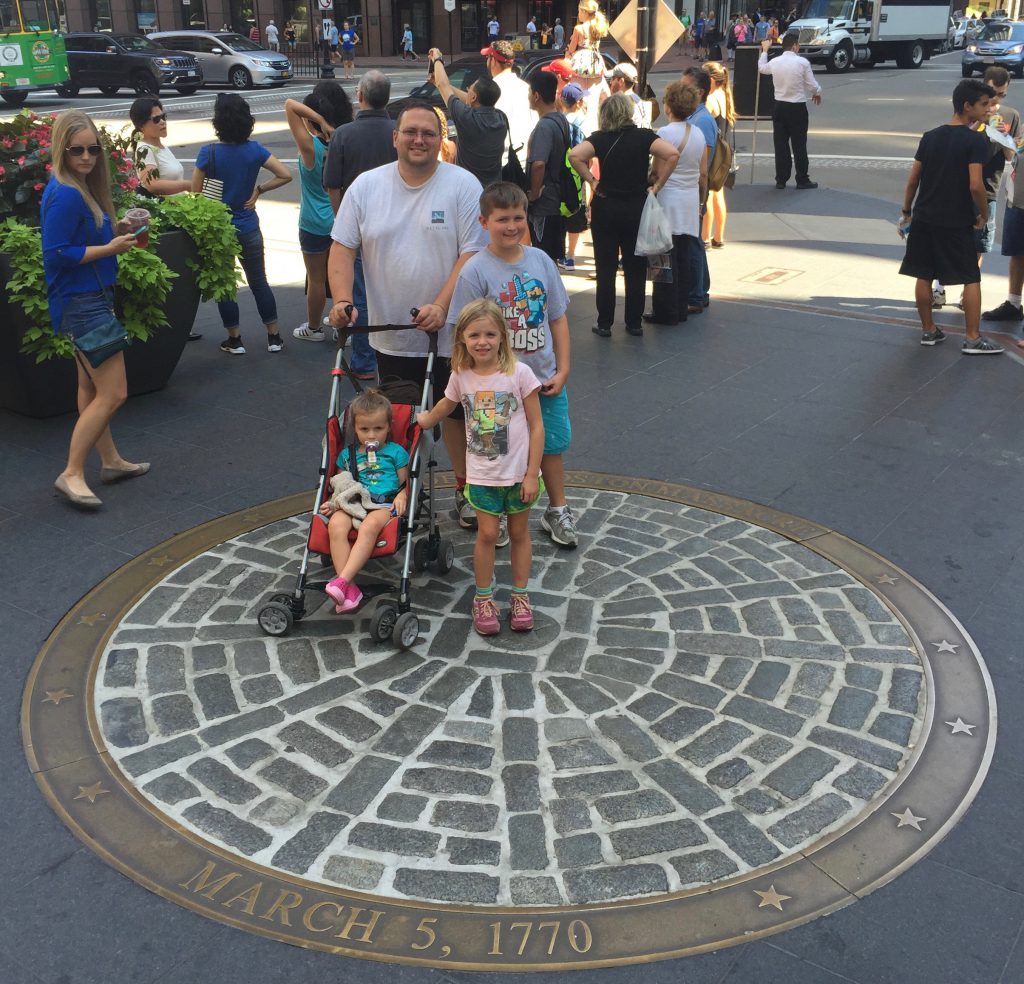 so, then there was this guy. who i gladly contributed to. i was also a little annoyed that he was ruining everyone’s pics of the old state house. but, then again, so were the giant packs of fellow tourists. i would love to know how much he made. 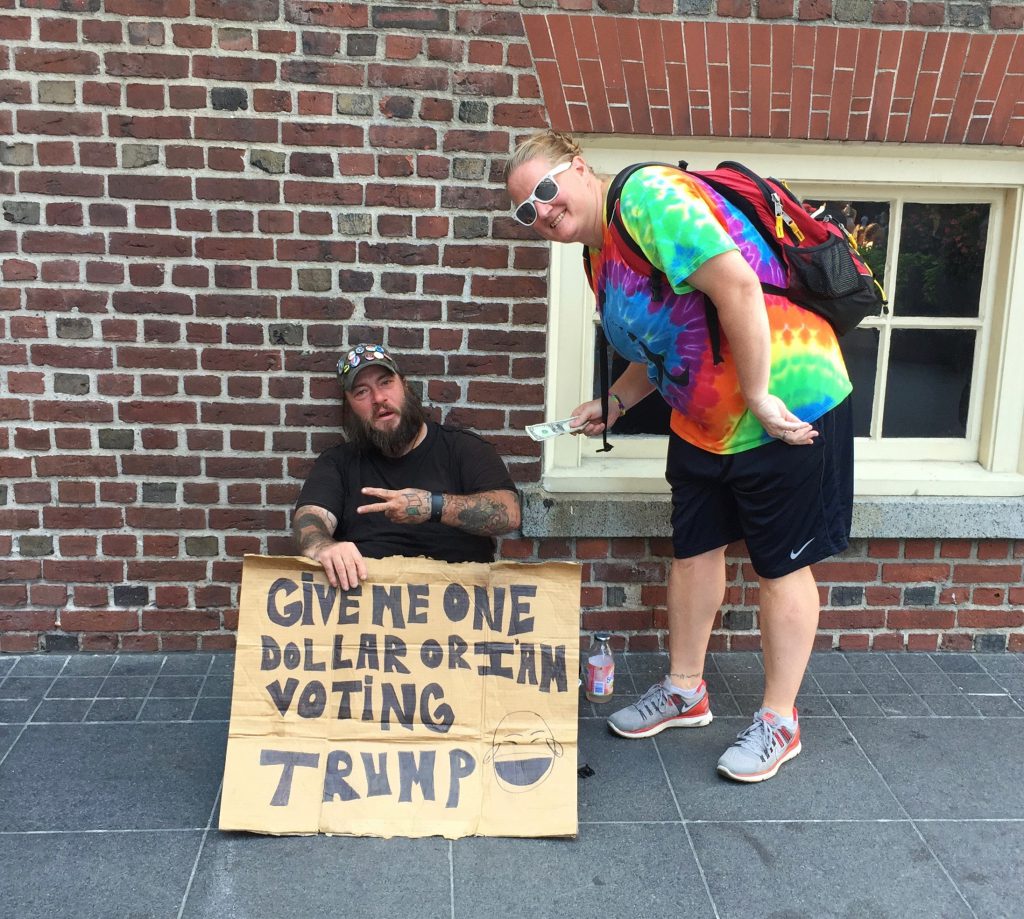 across the street, we heard beautiful drumming, so we followed the sound to this guy, who the kids LOVED. i wish i had some video. 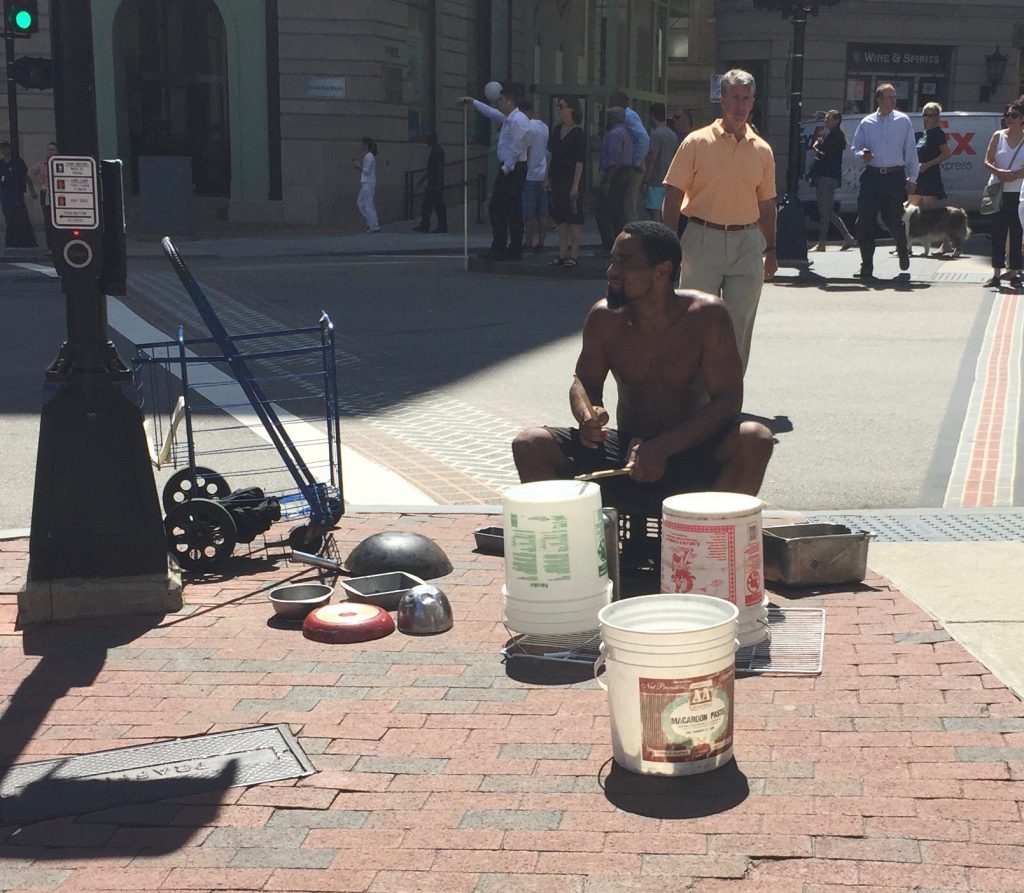 the old state house. from across the street. 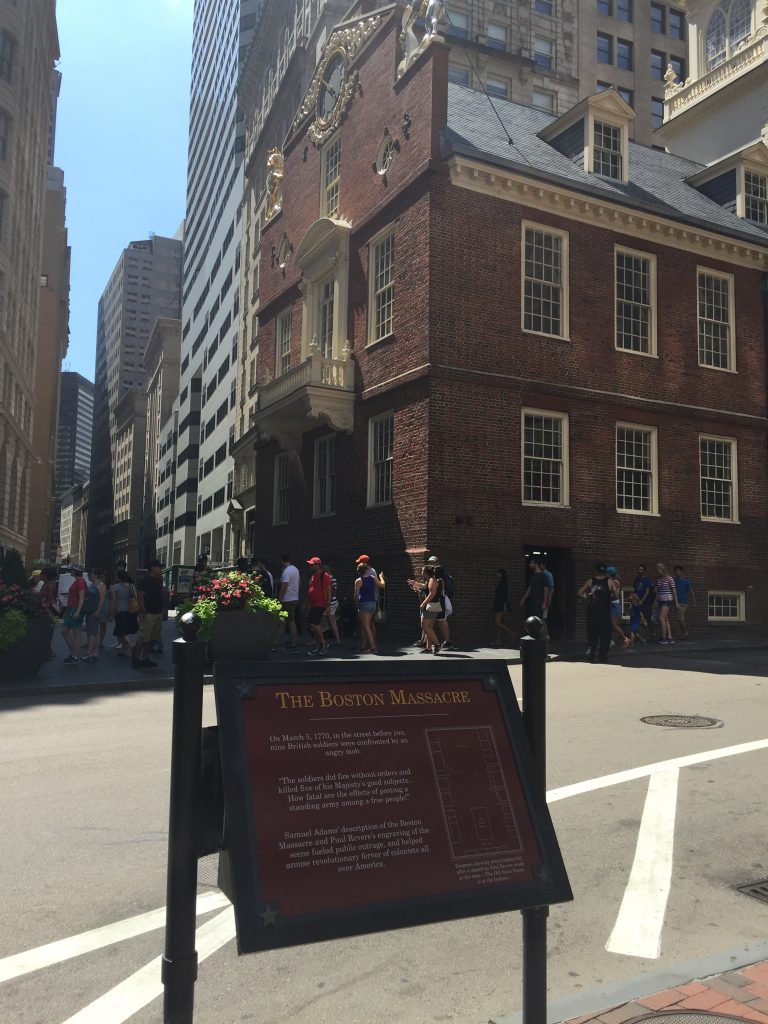 once we were done freedom trailing, we began a quest for a delicious lunch. derek found the #2 place on trip advisor nearby, so we forced our super-tired-of-walking-and-very-whiny kids to press on to sam lagrassa’s. 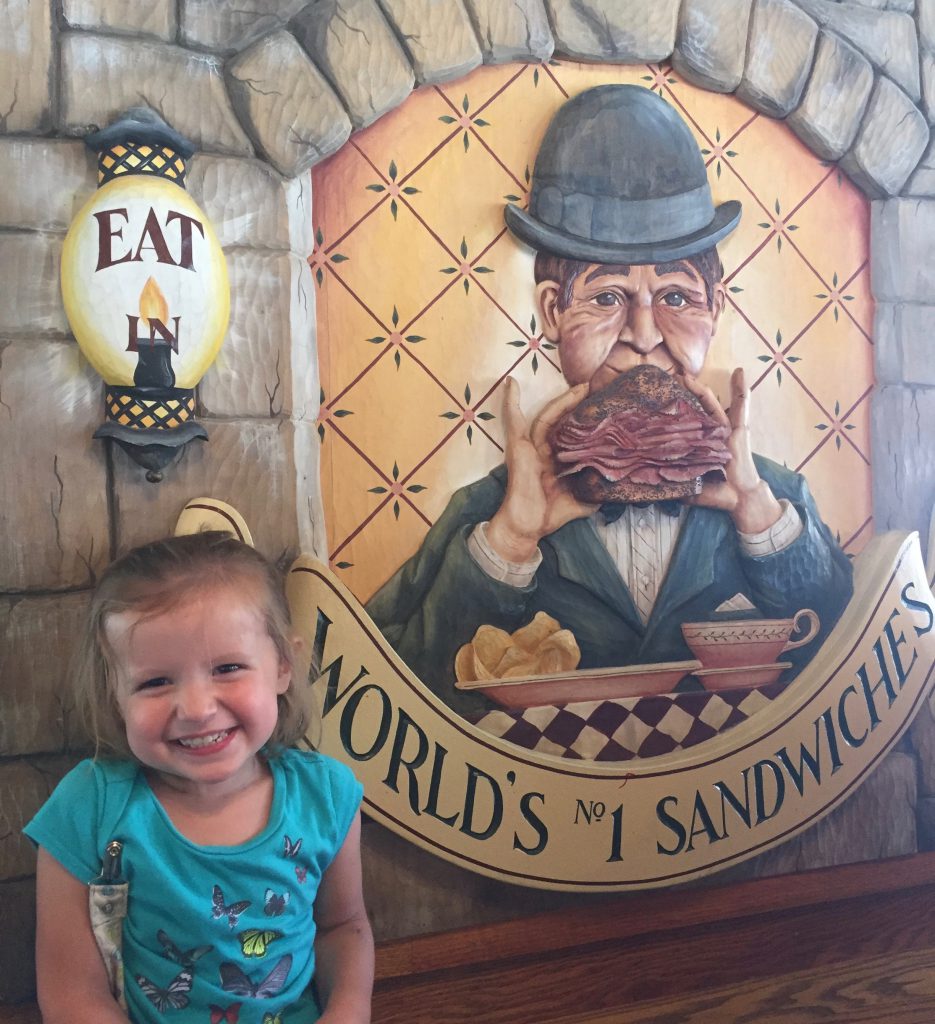 i had to get the reuben. it did not disappoint. i was stuffed. 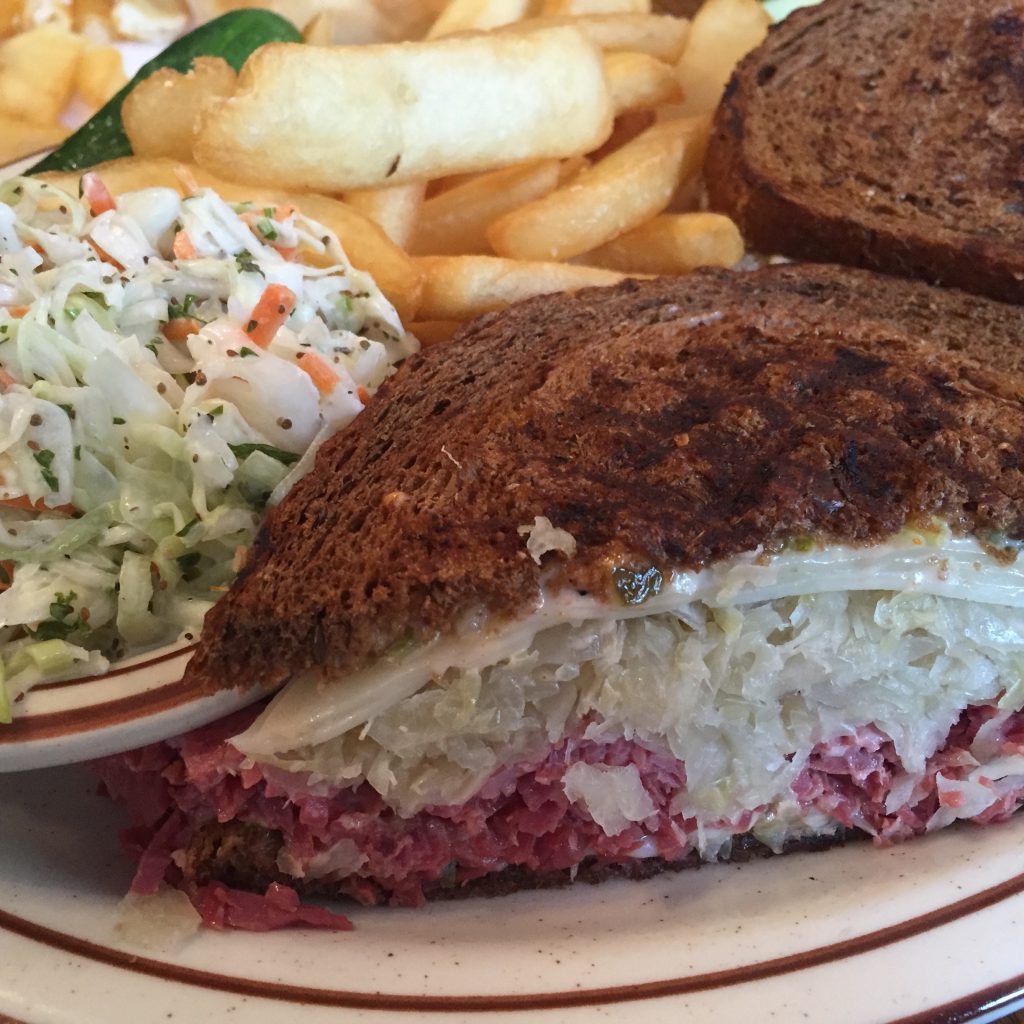 after lunch, we decided to cancel some afternoon plans and just took the kids to the childrens museum for a little while. we walked. with same grumpiness. except when we crossed this rainbowy bridge. 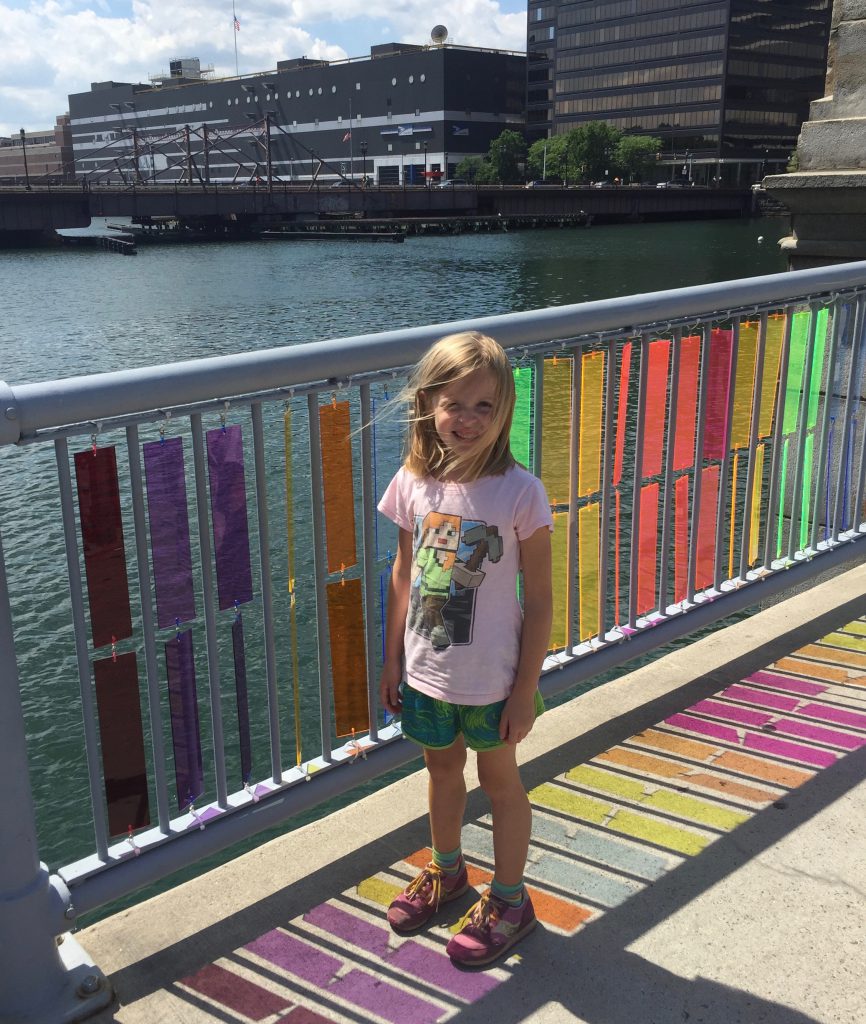 at the childrens museum (mostly free, thanks to our astc pass!), i was on hazel duty and derek had the older two. i had the better end of the deal, as hazel was happy to sit at this train table for about an hour. 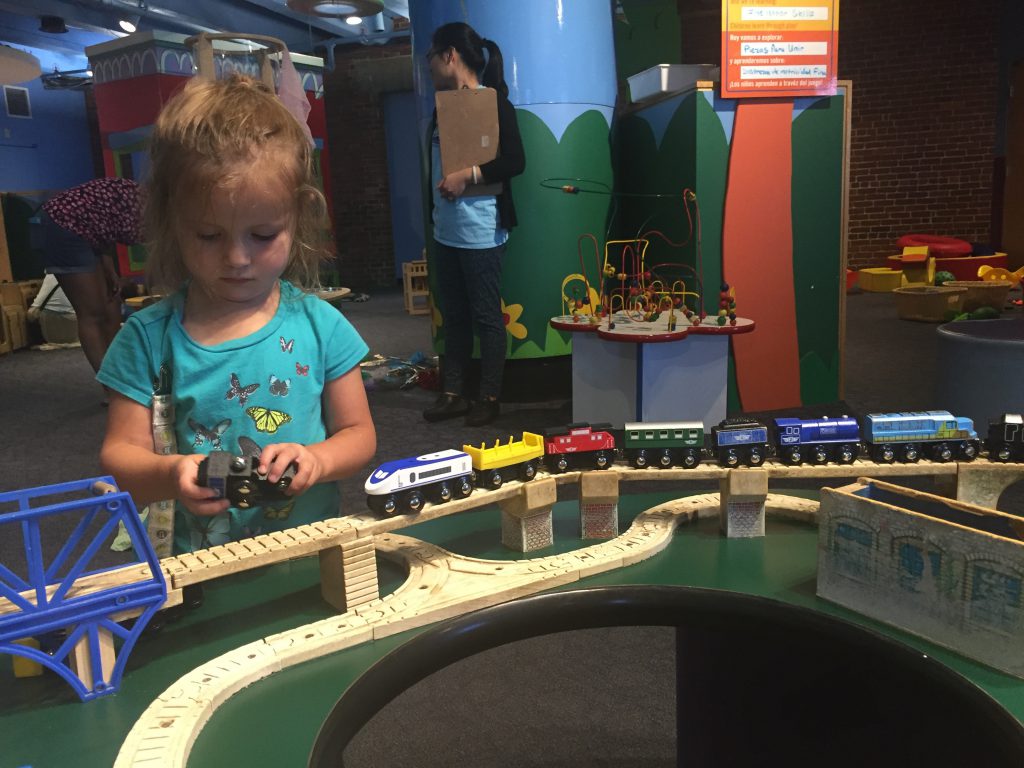 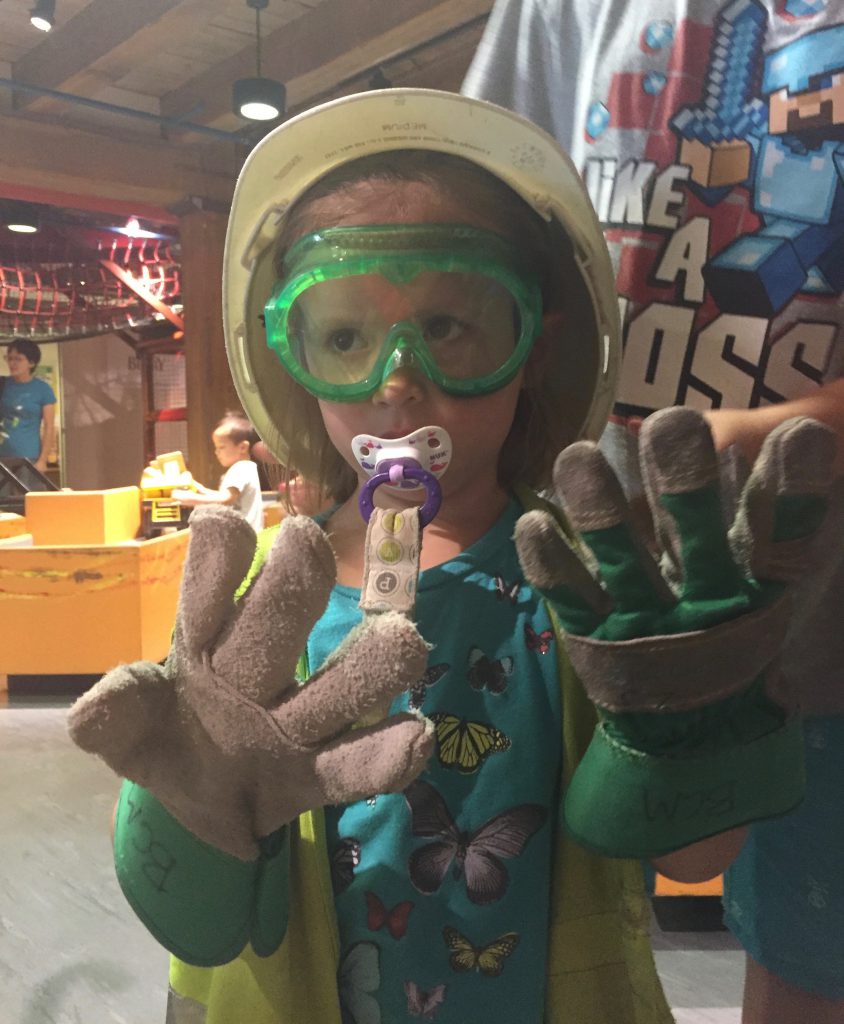 the childrens museum was next to our hotel, so we walked over to check in and rest up a bit. the room was sooooo big and nice. we’ve been on the road for four months now, so i can appreciate and actual bed and a bath tub and room to pass by each other without rubbing butts.

after we were mostly recovered, we called an uber to head to the north end of boston. there were so many italian restaurants and i wanted some delicious pasta, but figured it would be so expensive, so we found a tiny pizza place and ordered a bunch of slices for the crew. can you guess who was super grumpy about being dragged back out of the hotel? 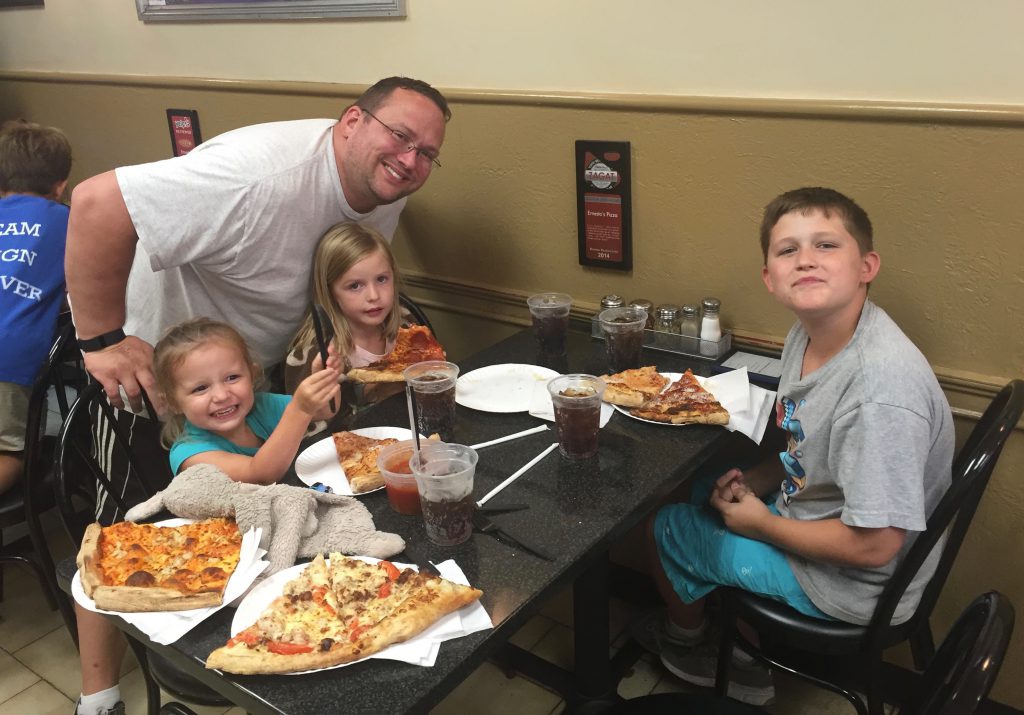 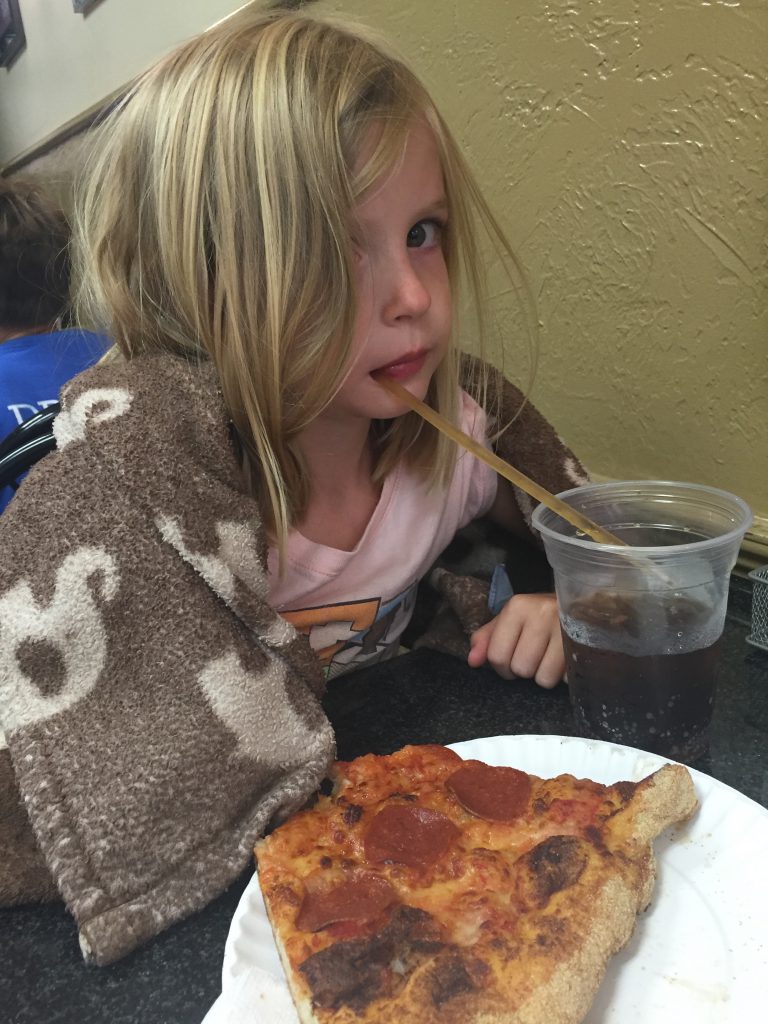 after dinner, we walked over to the old north church, which is on the freedom trail, but a little further along where the stops are spread apart more. first, we found cannolis and other italian desserts. which i didn’t document, but the store was near this: 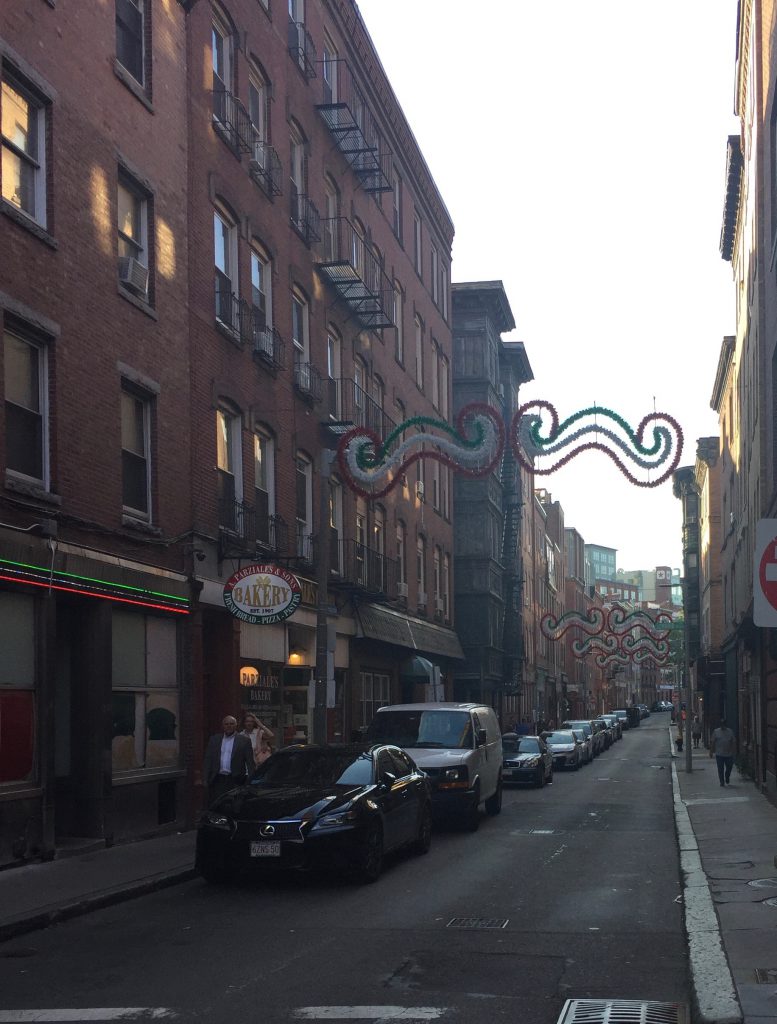 it was hard to get a pic of the old north church, but i walked up the street a bit to get this. this is where they would signal “one if by land, two if by sea”… 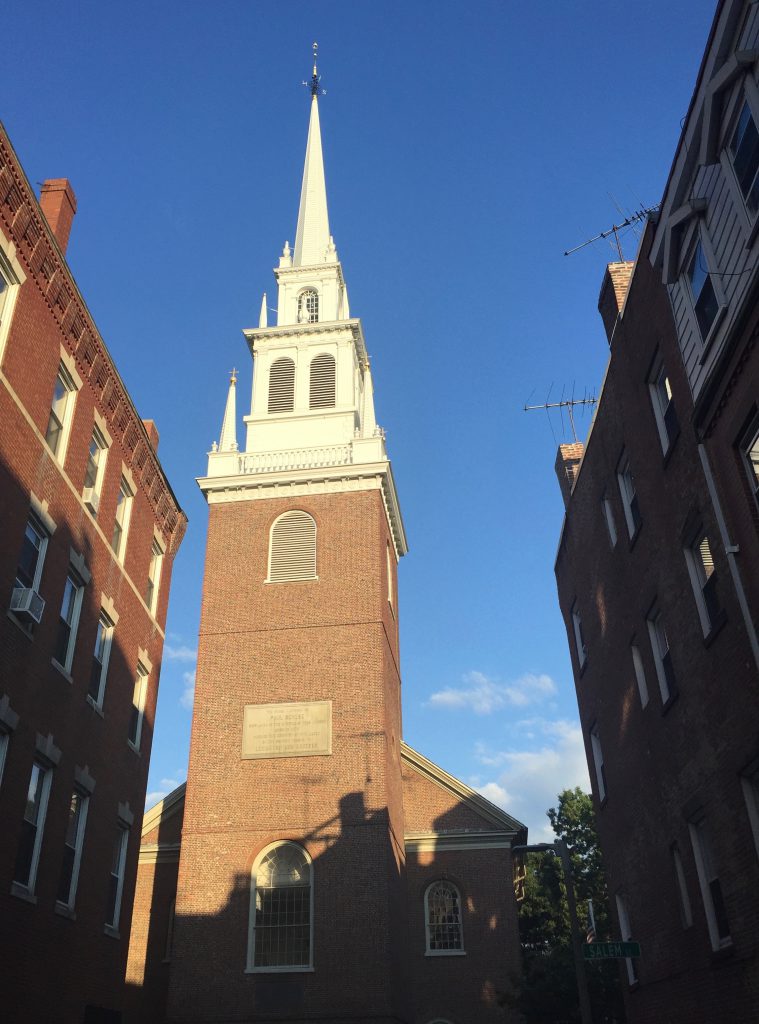 on the back side of the church, we stopped for some pics with paul revere. 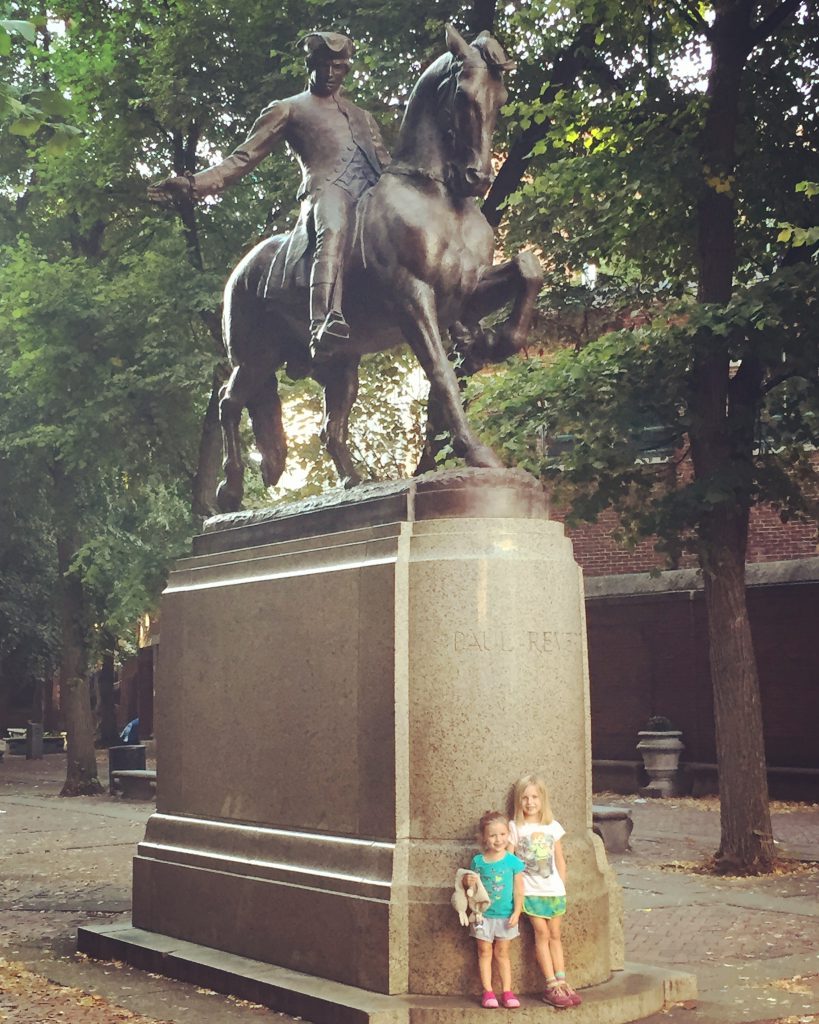 and then. an uber took us home. and we relaxed. and prepared for day two.
(which began with my leftover cannoli). 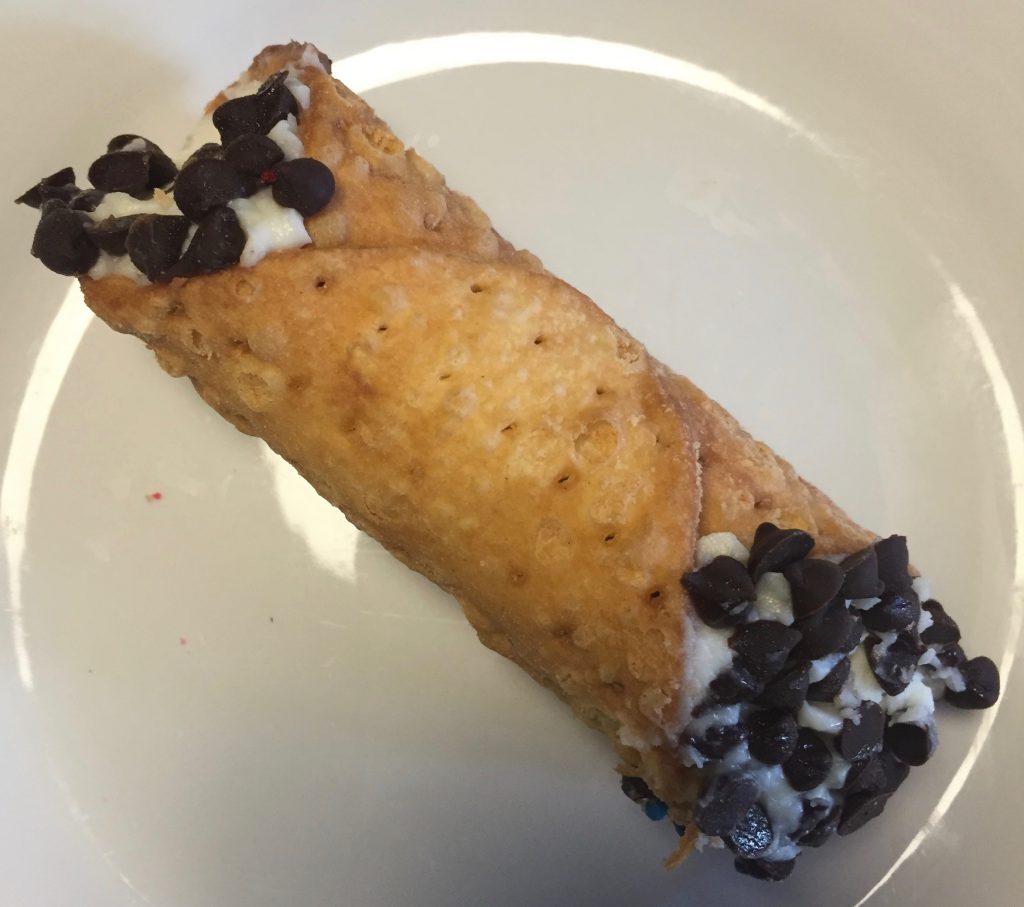 stay tuned for the rest of boston day two…