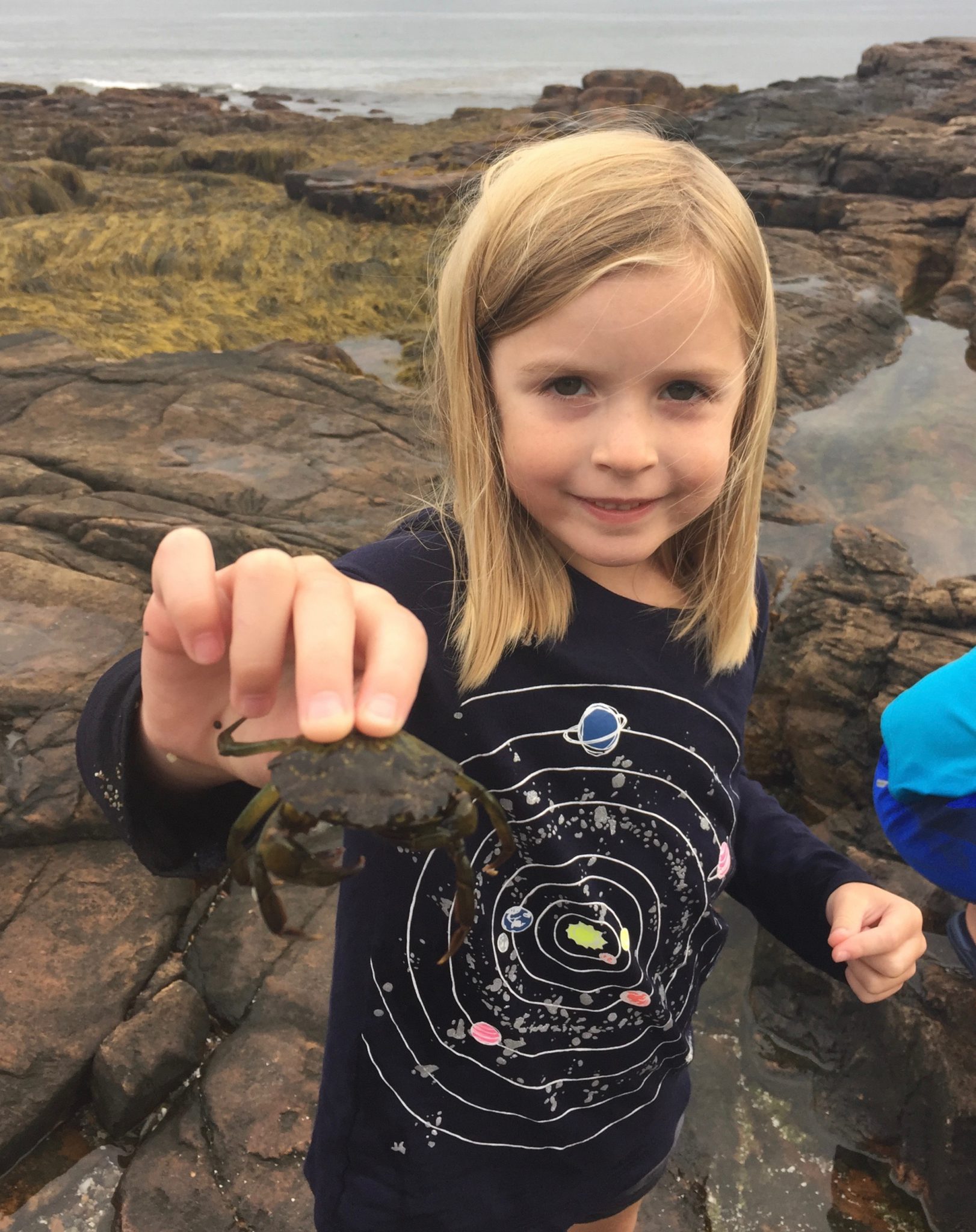 our weekend in acadia was relatively low key. the weather was a little blah and overcast, so we tried to stick to activities that wouldn’t be ruined by drizzle and cold.

firstly, we went to a toy and book store. we ended up spending quite awhile there, as you might imagine. then, we crossed the street to an antique shop, where the kids learned all about 80s toys and we bought a pile of sea glass.

then it was lunch time. we happened upon this lobster and barbecue place. random. 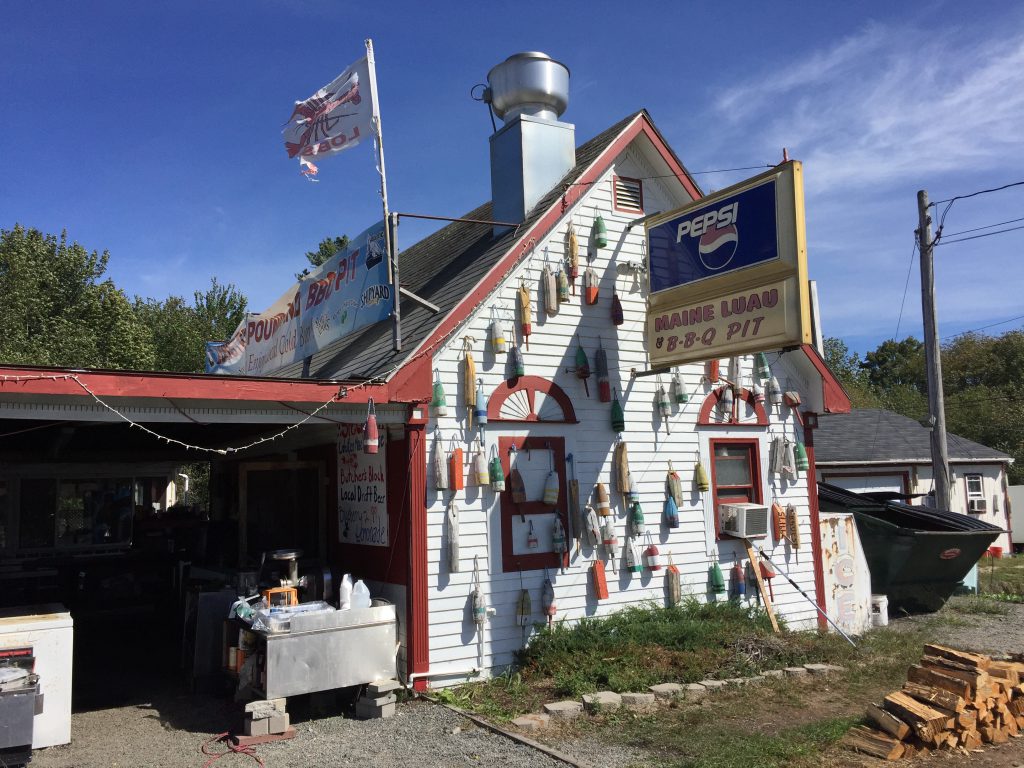 hazel played with her new (antique (but not really)) percy the train. 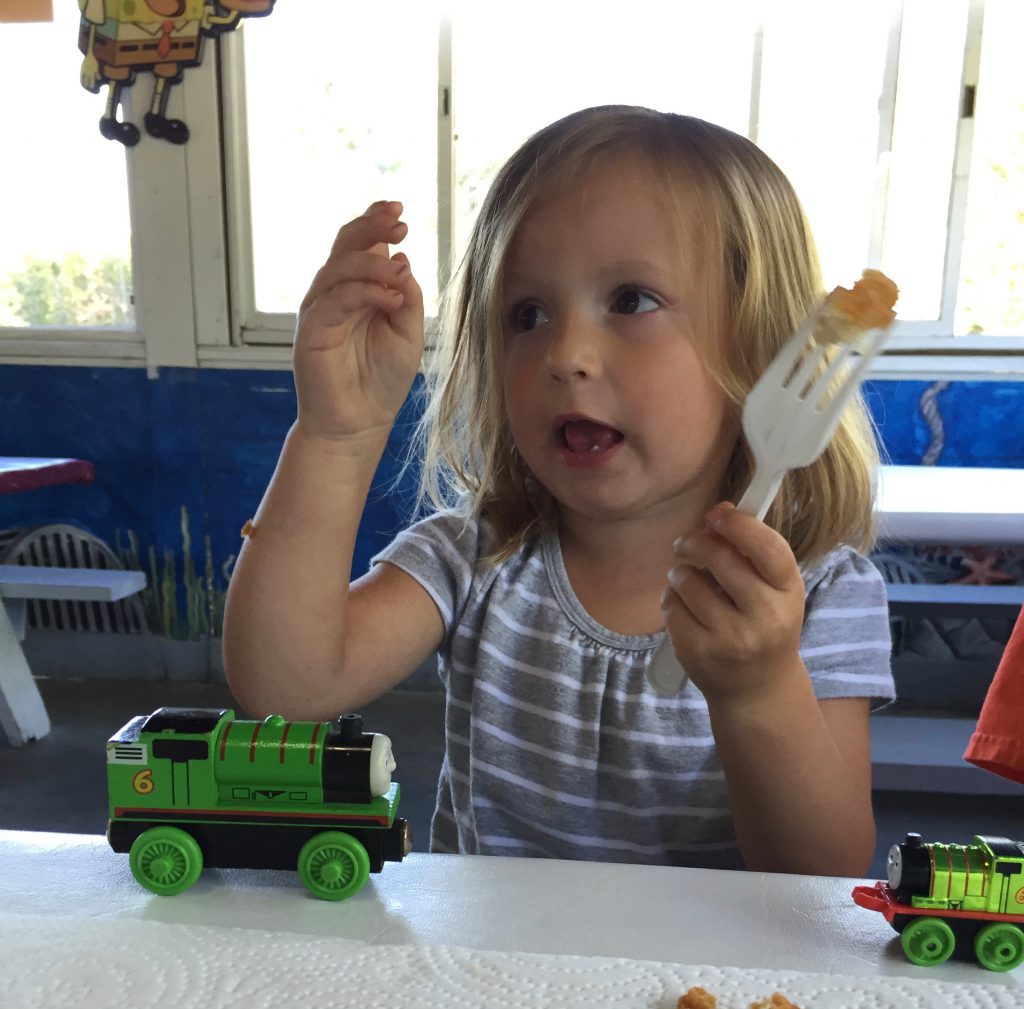 we started off with a pile of mussels. 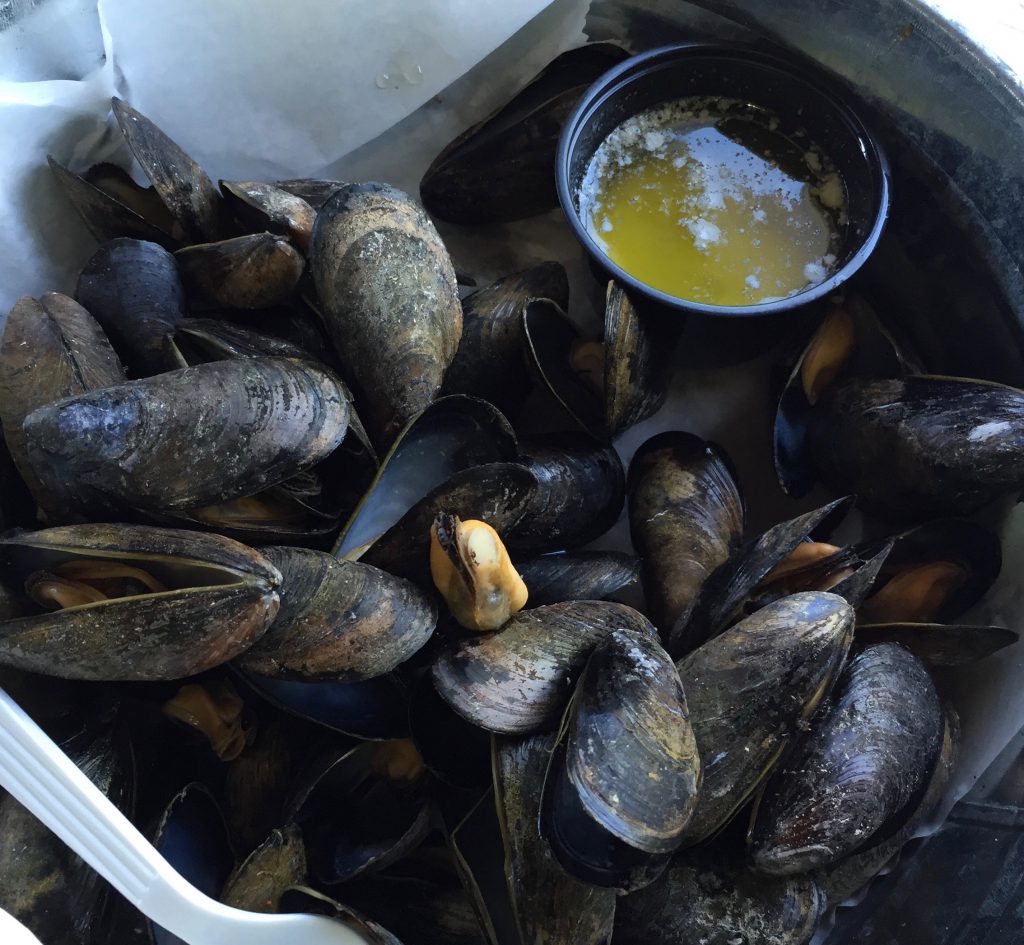 and then it was lobster time. 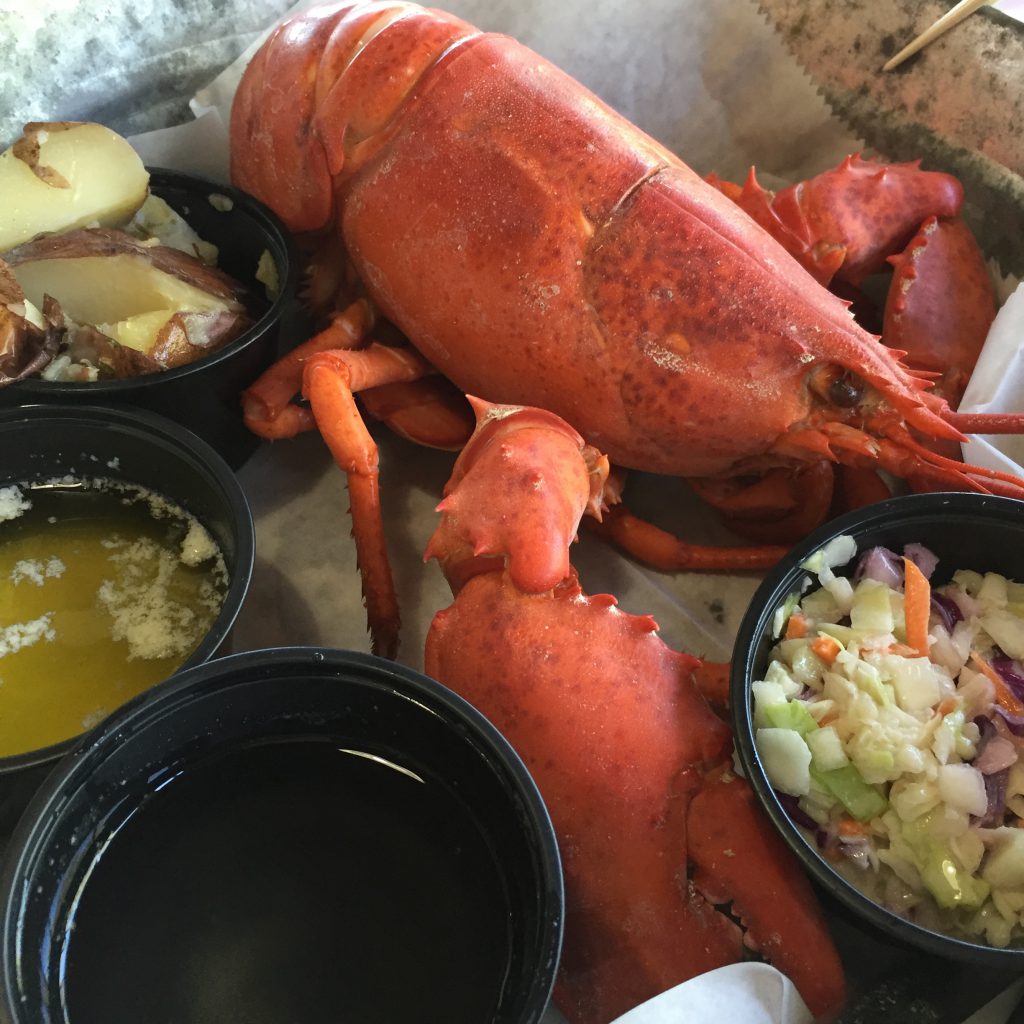 we spent the rest of saturday indoors. i’m not sure exactly what we did or why, because there are no pictures documenting our day. i know that on sunday, there was some reading and playing with legos and minecraft, and when the rain let up, we set out to “wonderland trail”. it was our only adventure on the west side of mount desert island.

we made a quick stop at the bass harbor lighthouse. 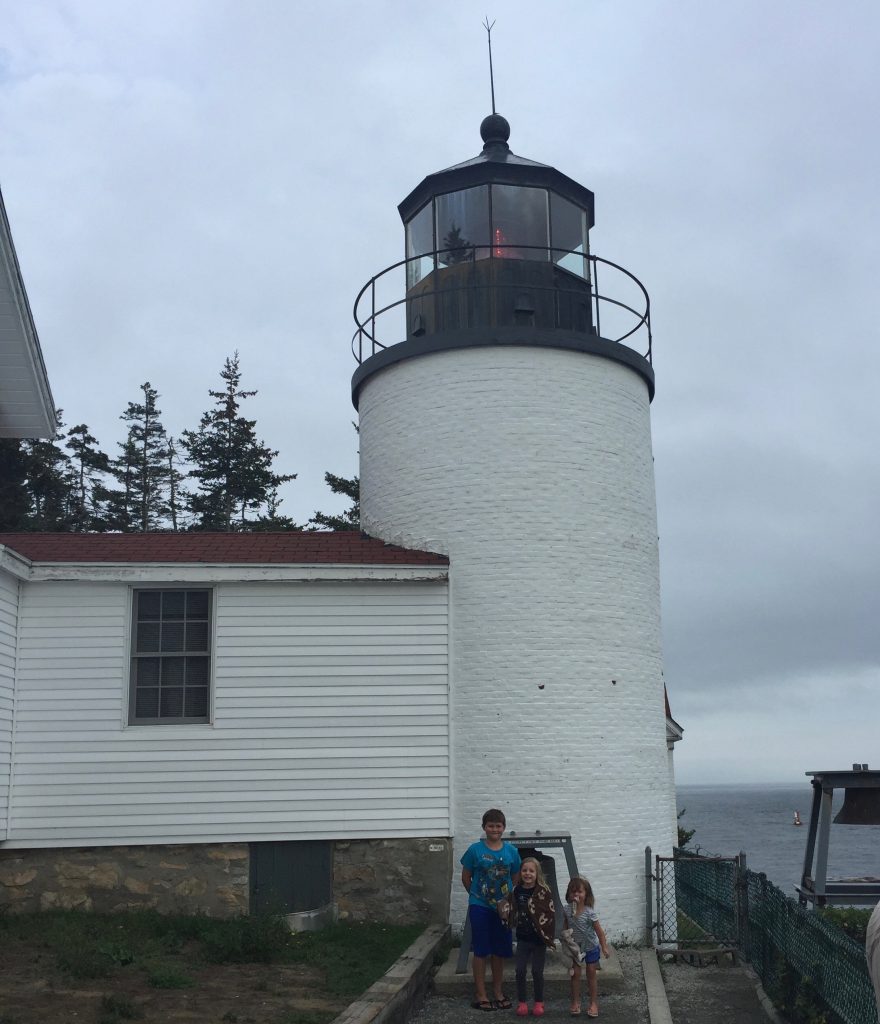 which is protected by homeland security. 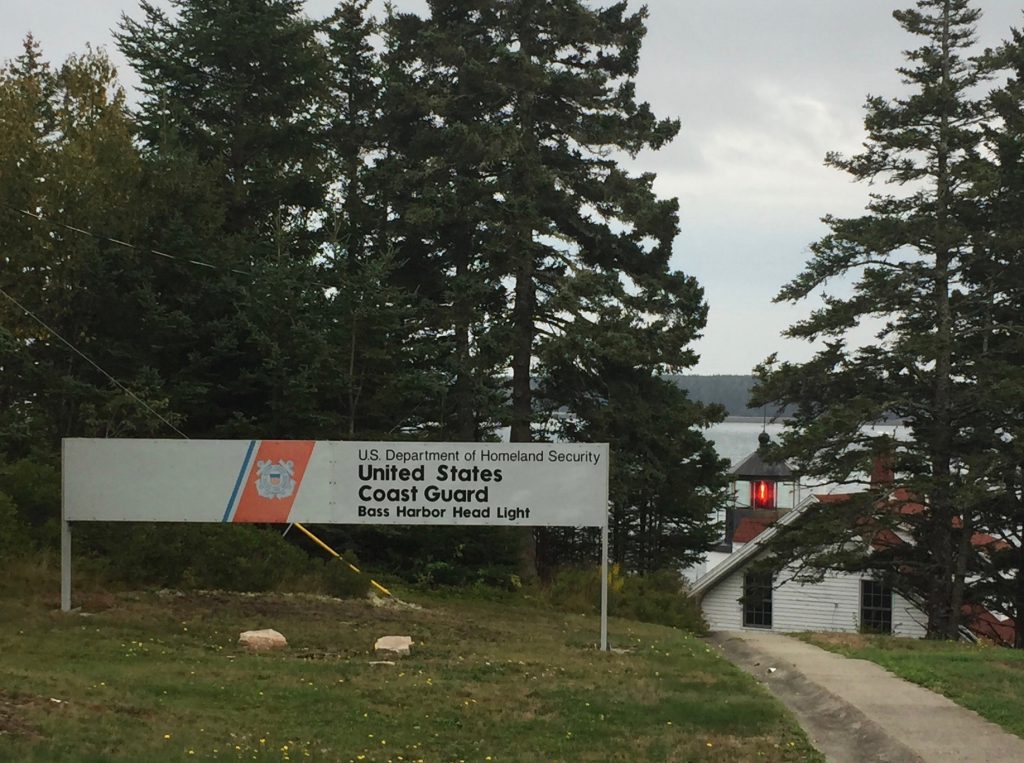 wonderland trail was just a short little hike that goes from the road to the water. we raced through it, to get to the tide pools. 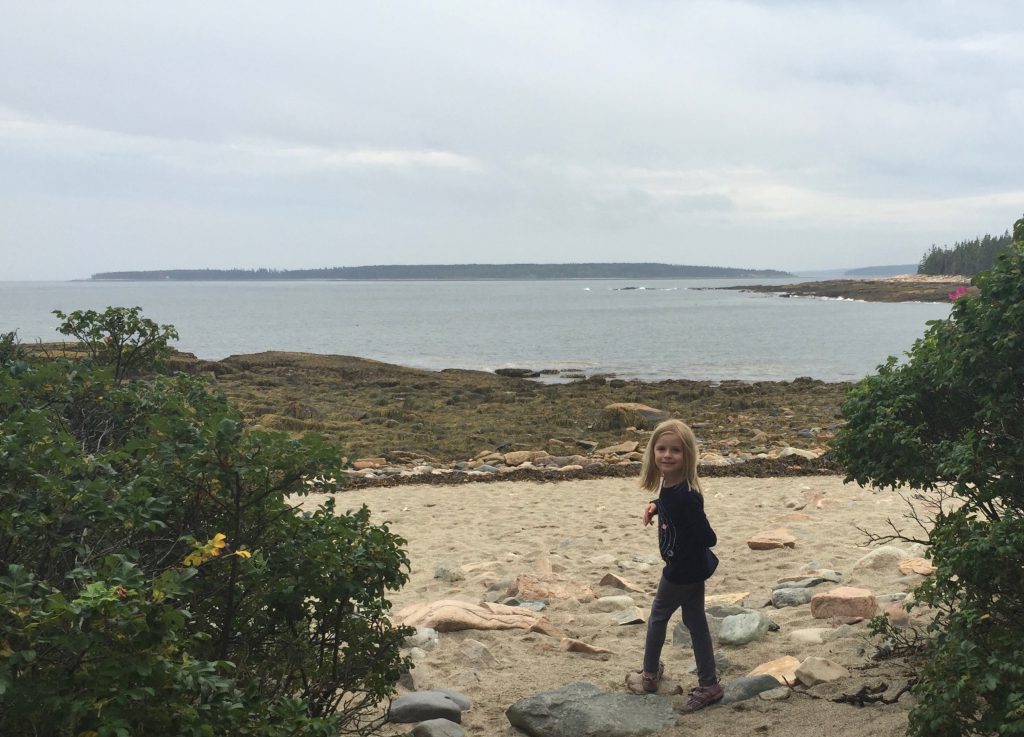 the landscape was a little harder to navigate that we expected. 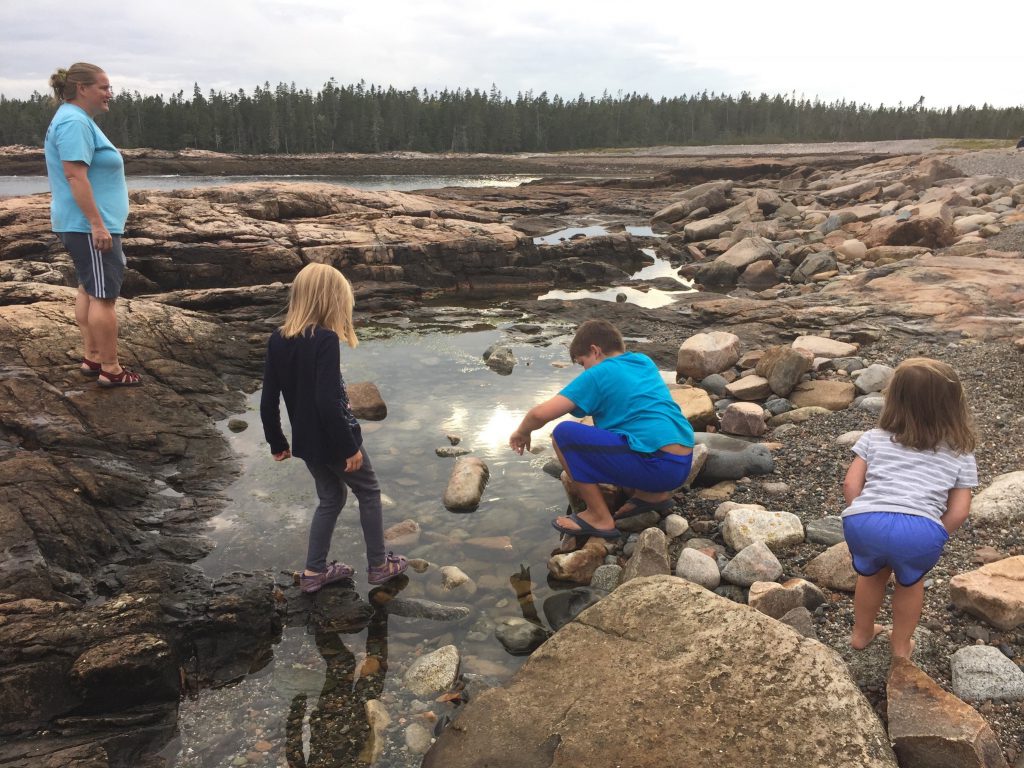 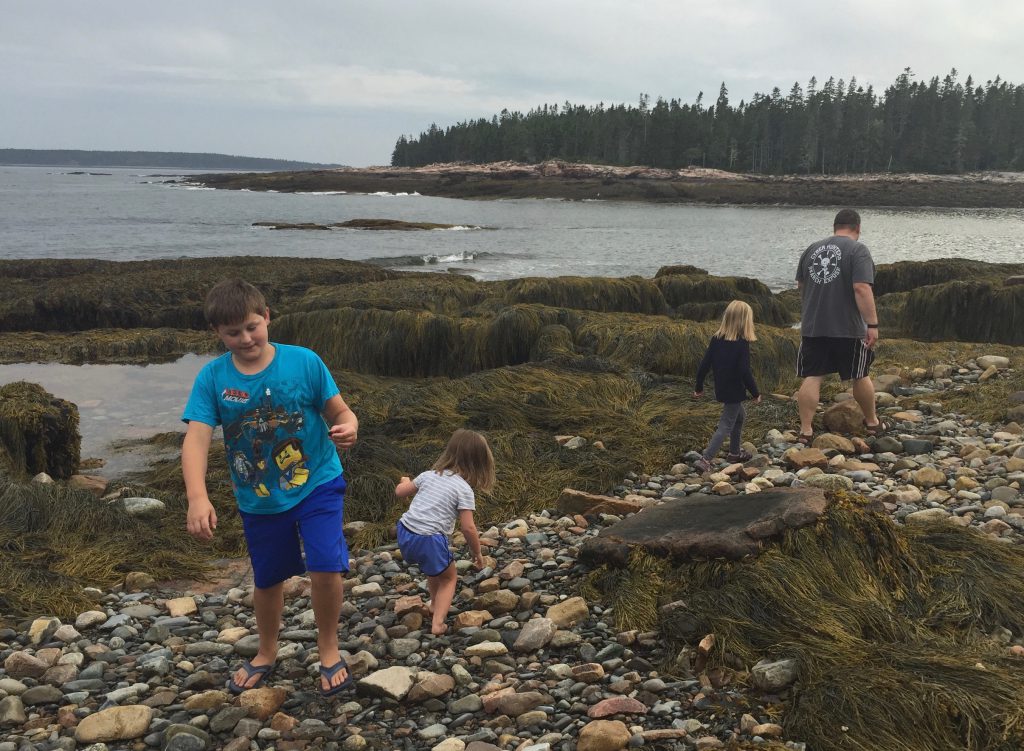 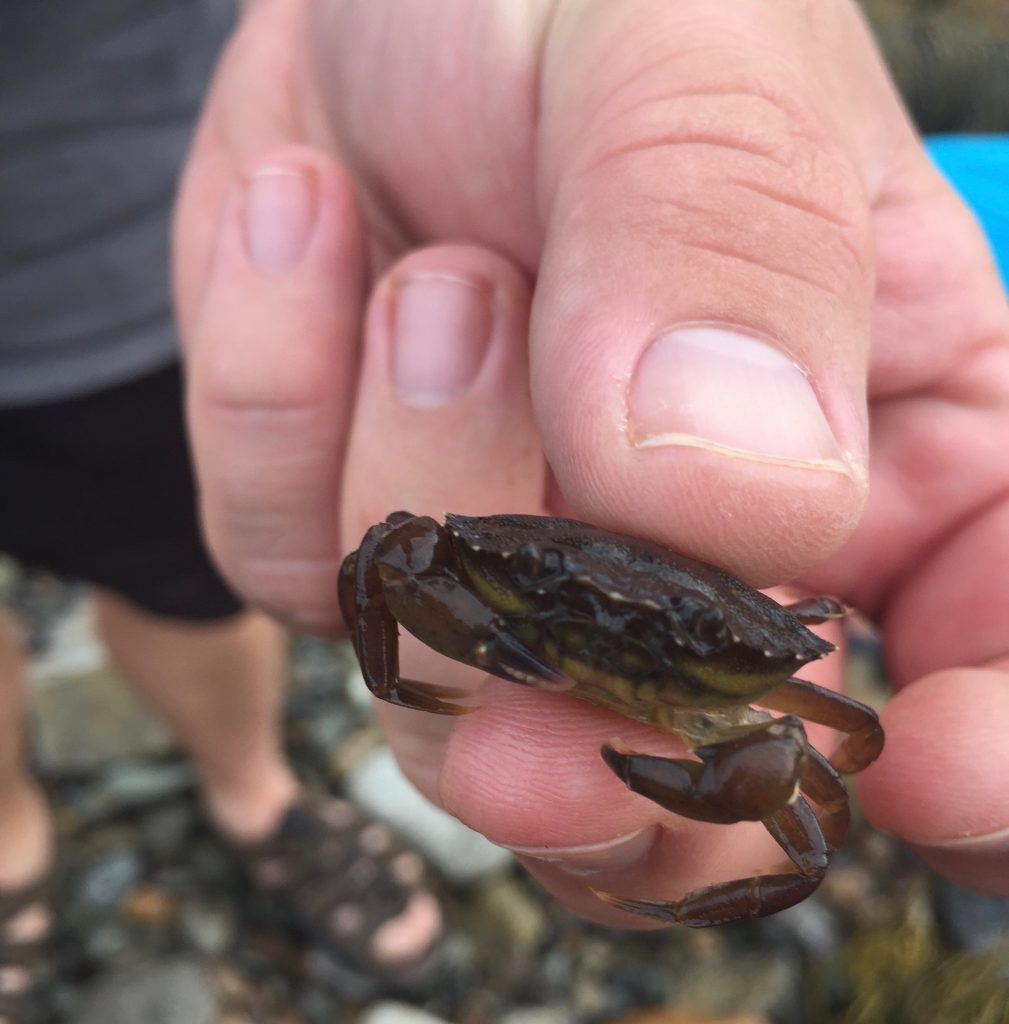 derek let this guy crawl all over him. 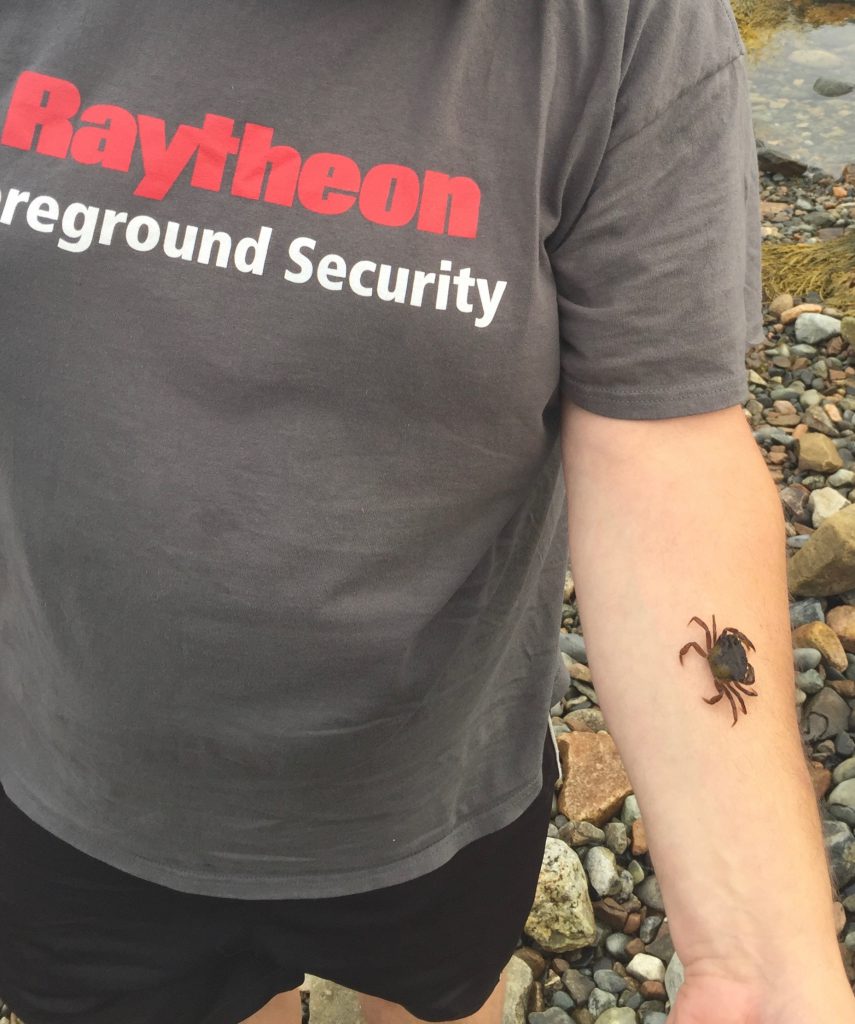 which gave anna the courage to follow suit. (versus tightly holding their bodies to avoid any claw pinches). 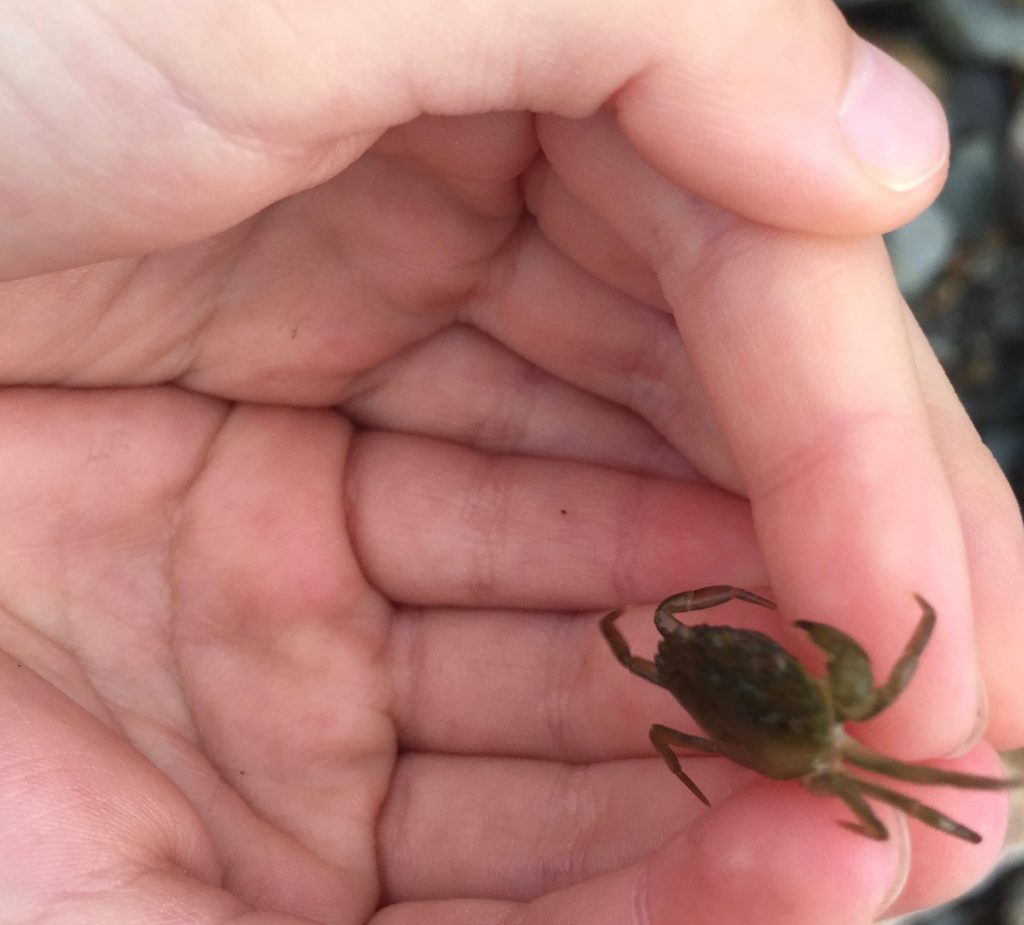 derek took the big kids out further. hazel and i hung back in the safe zone. 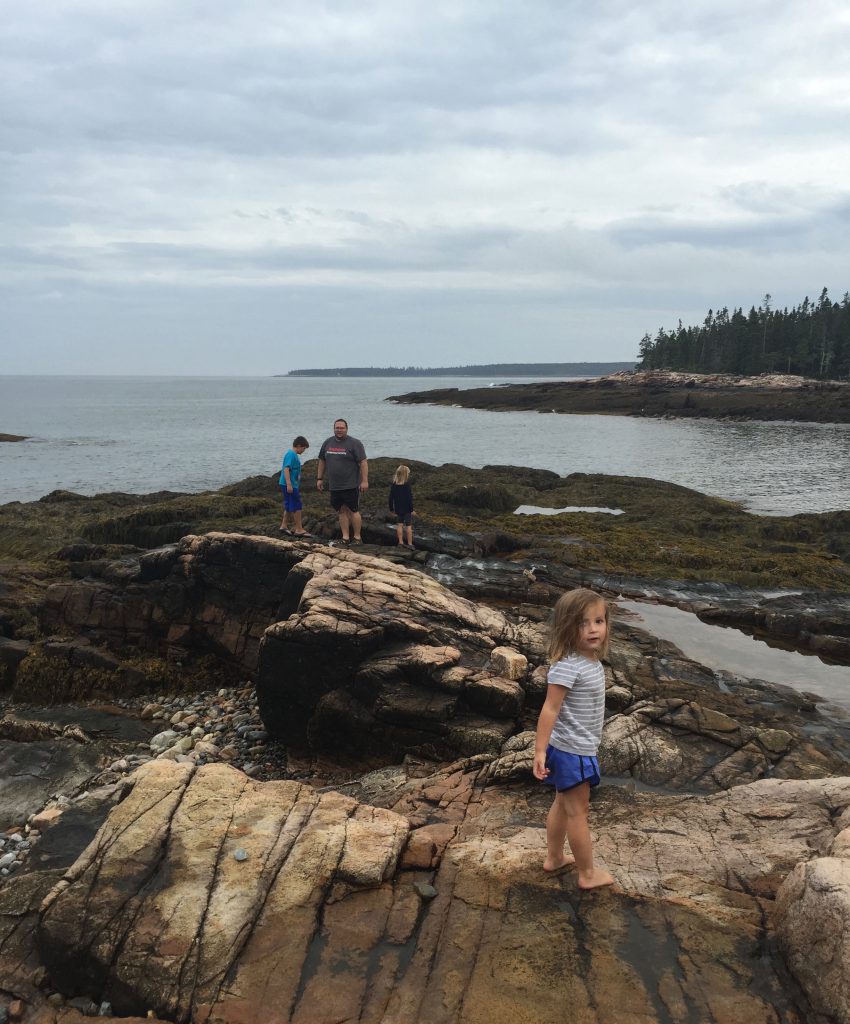 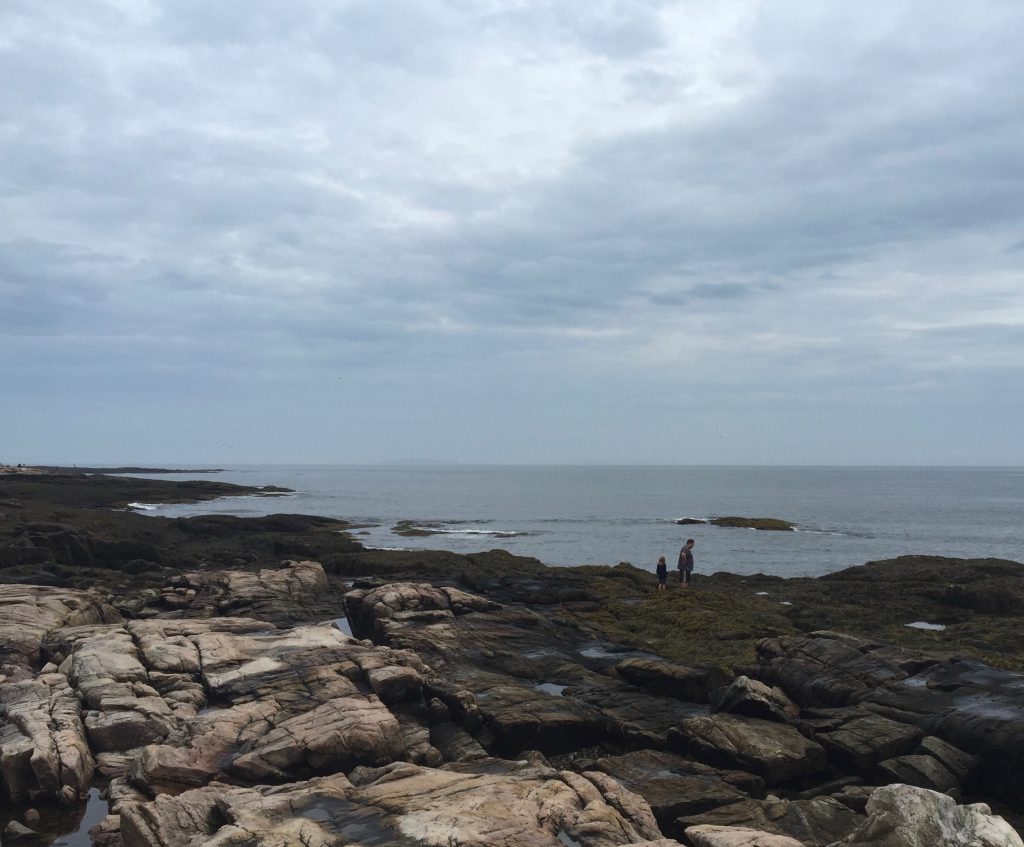 i probably should have brought a full change of clothes. i should know these things by now. 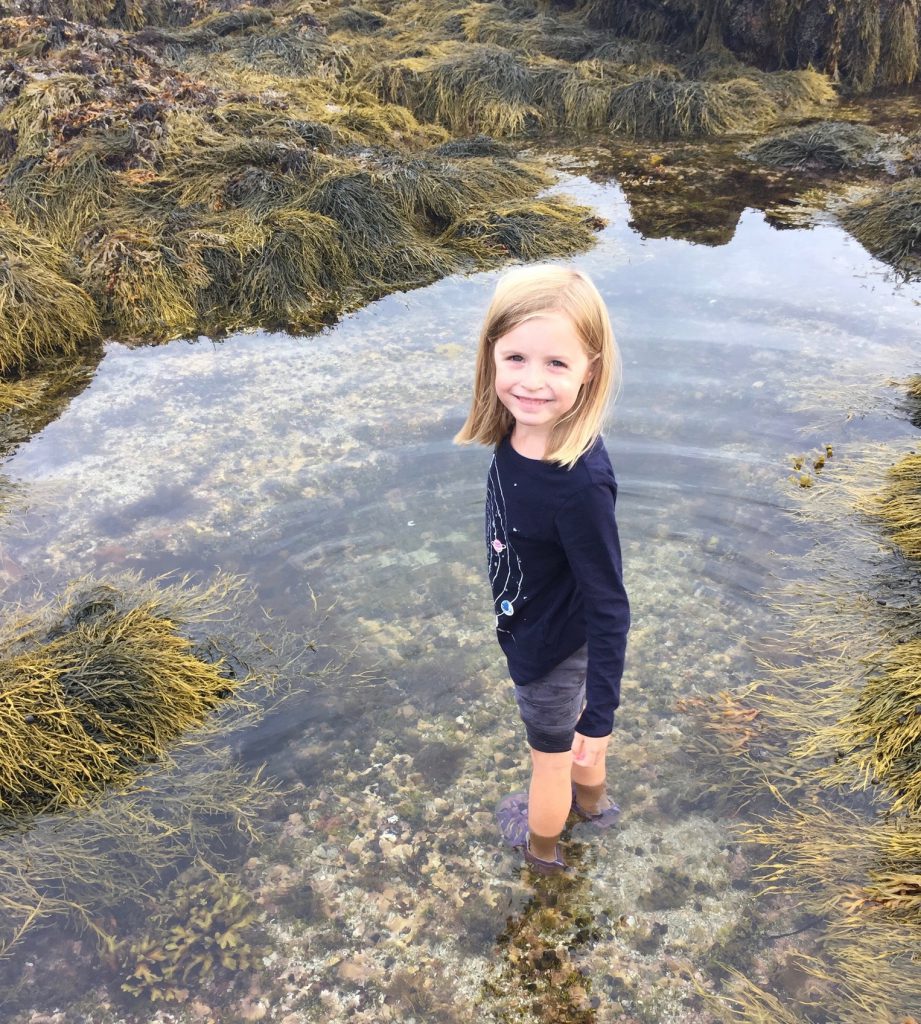 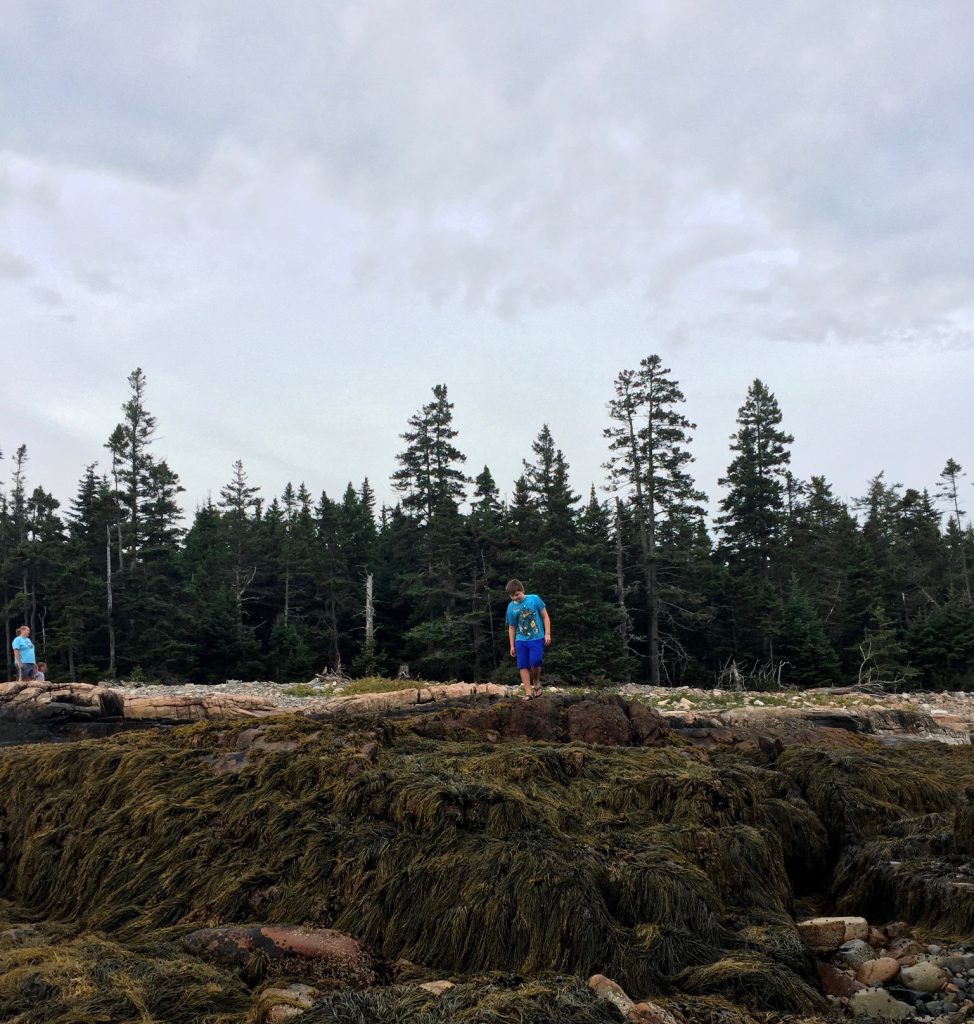 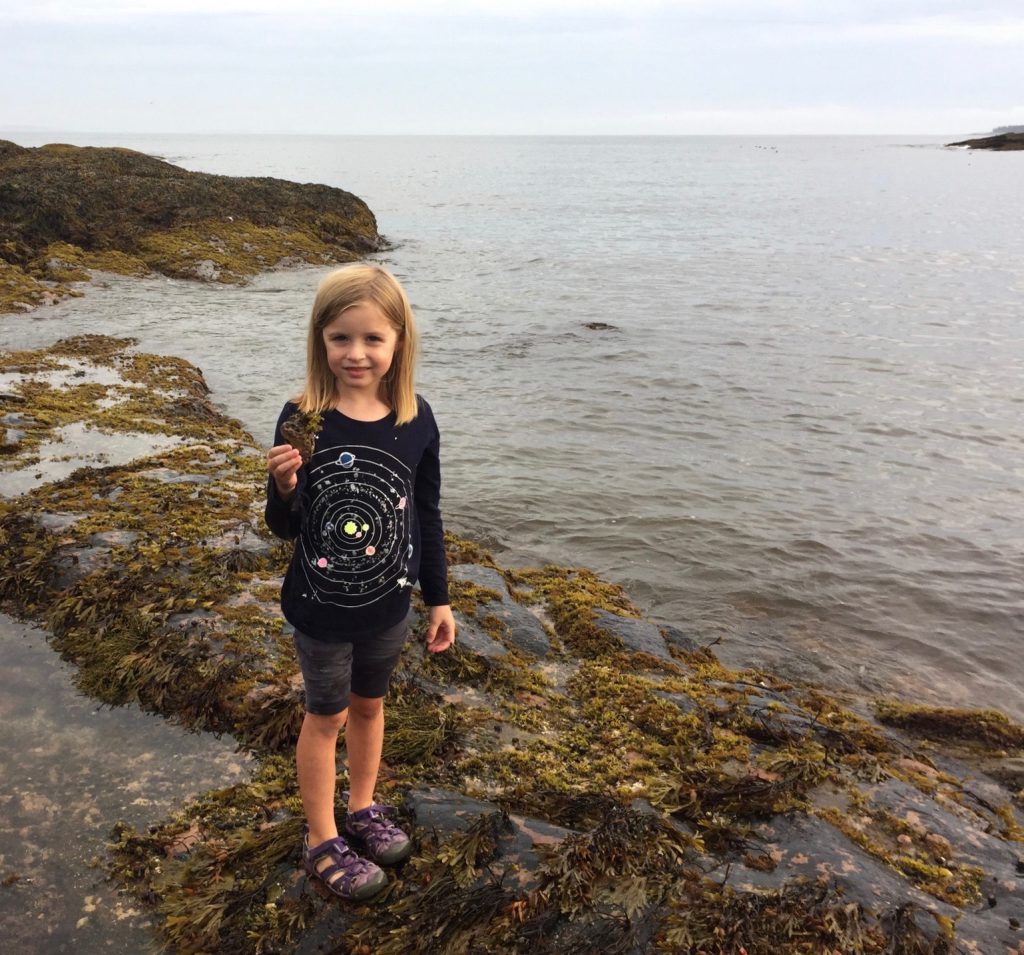 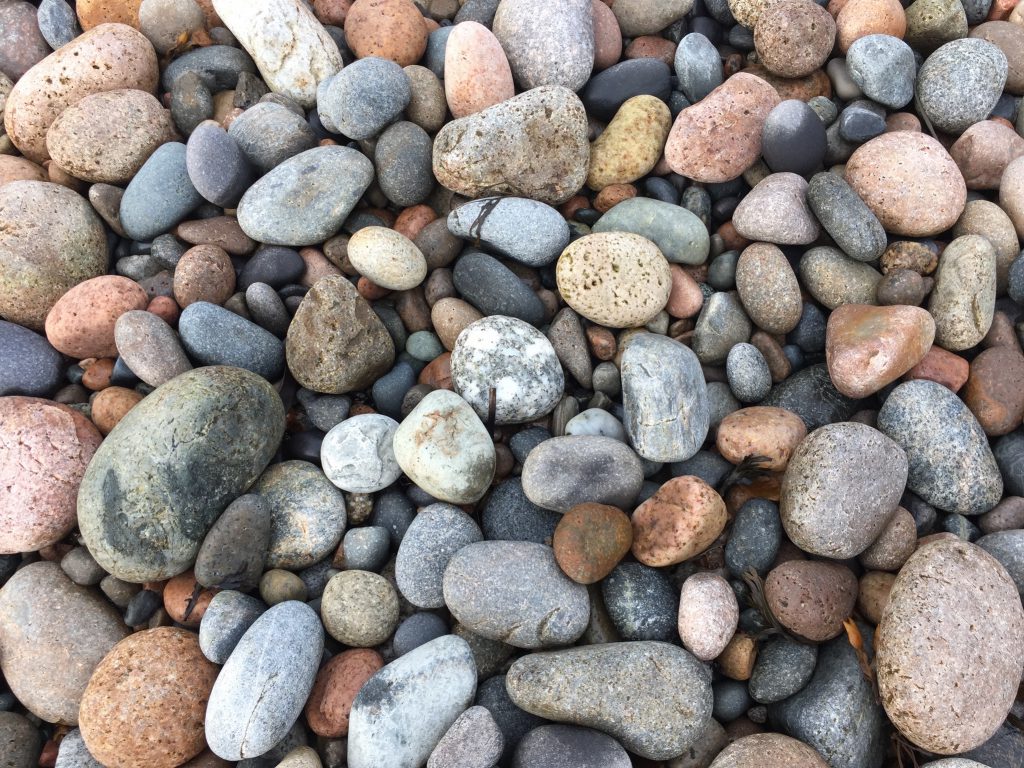 meanwhile, back in the safe zone. 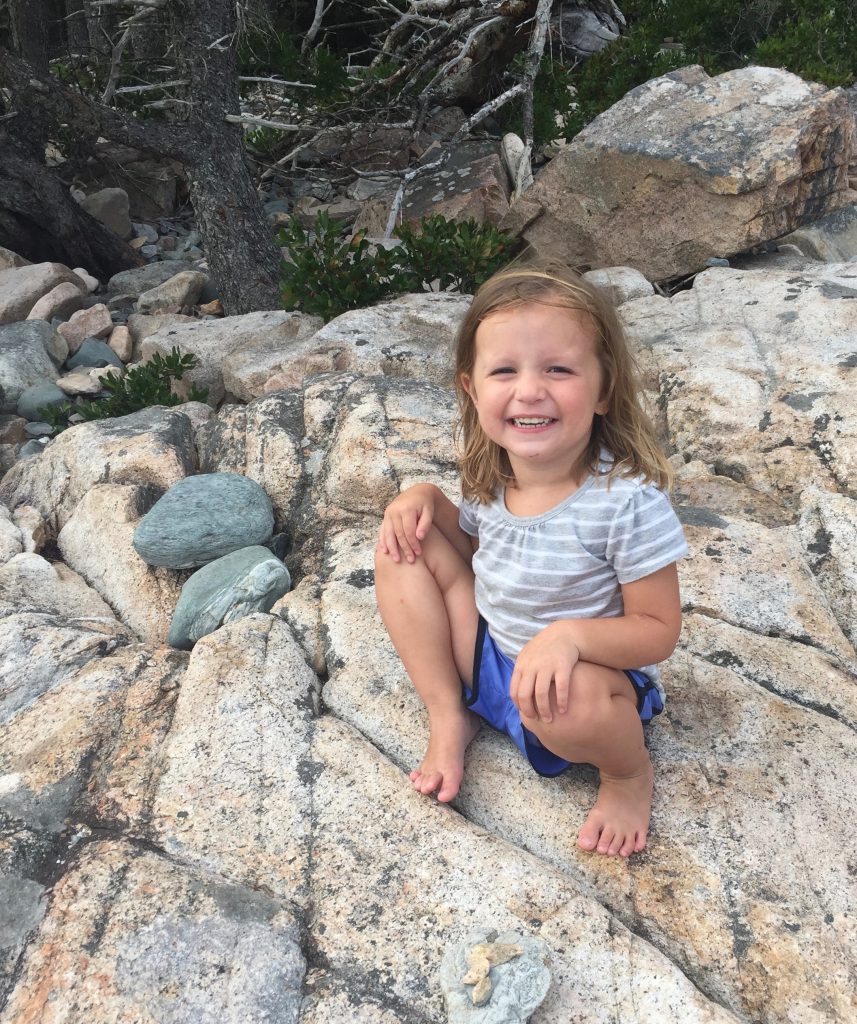 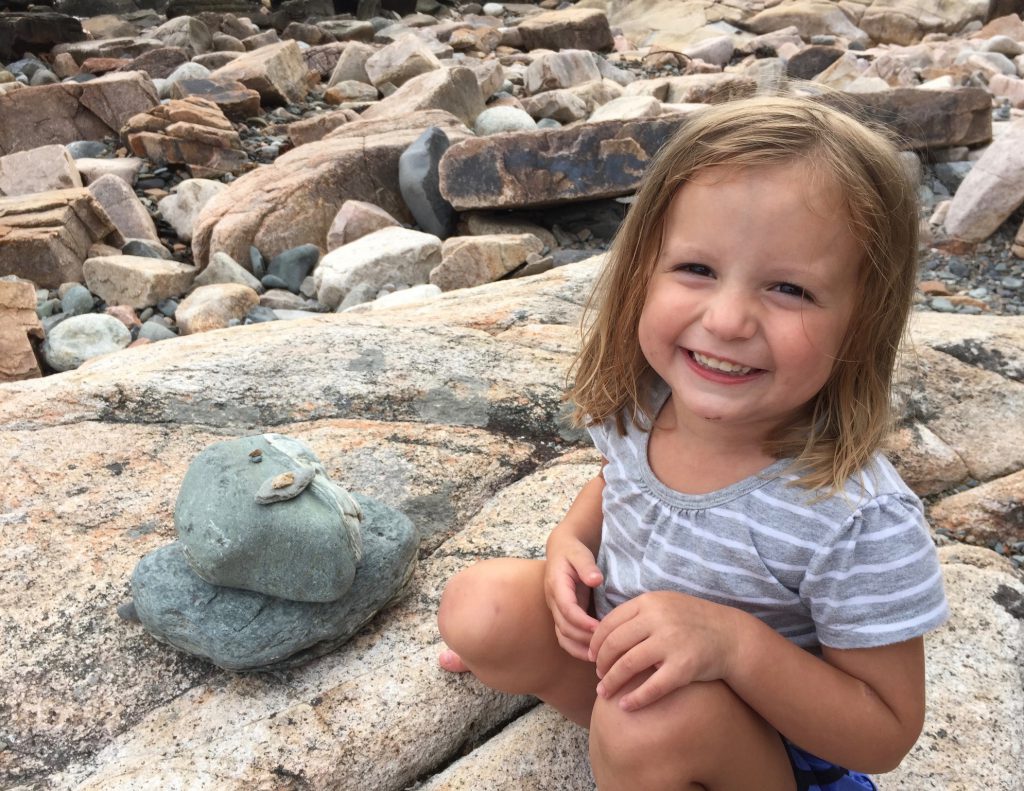 the big kids returned and resumed crab searches with hazel. 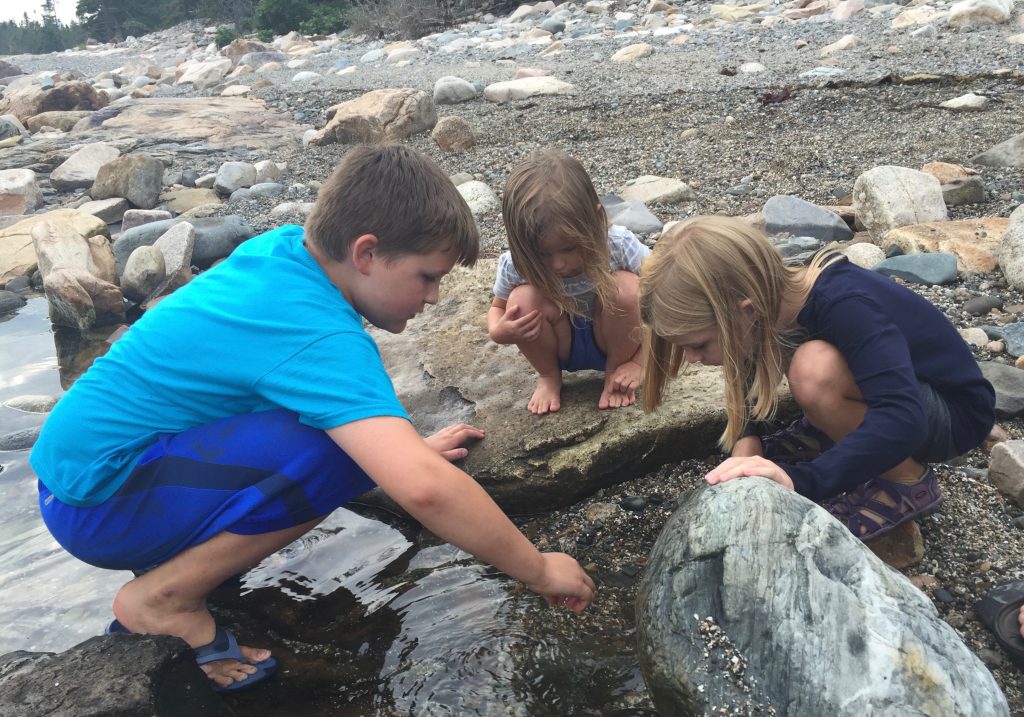 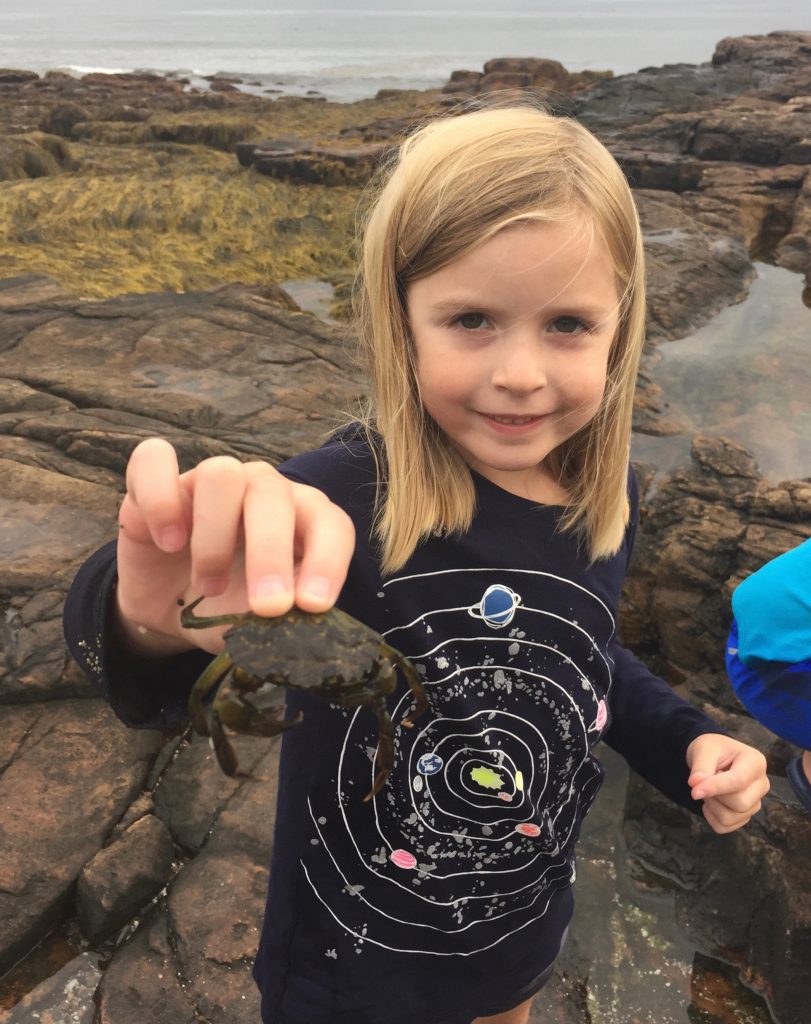 isaac finally worked up the courage to catch and hold his own crab. 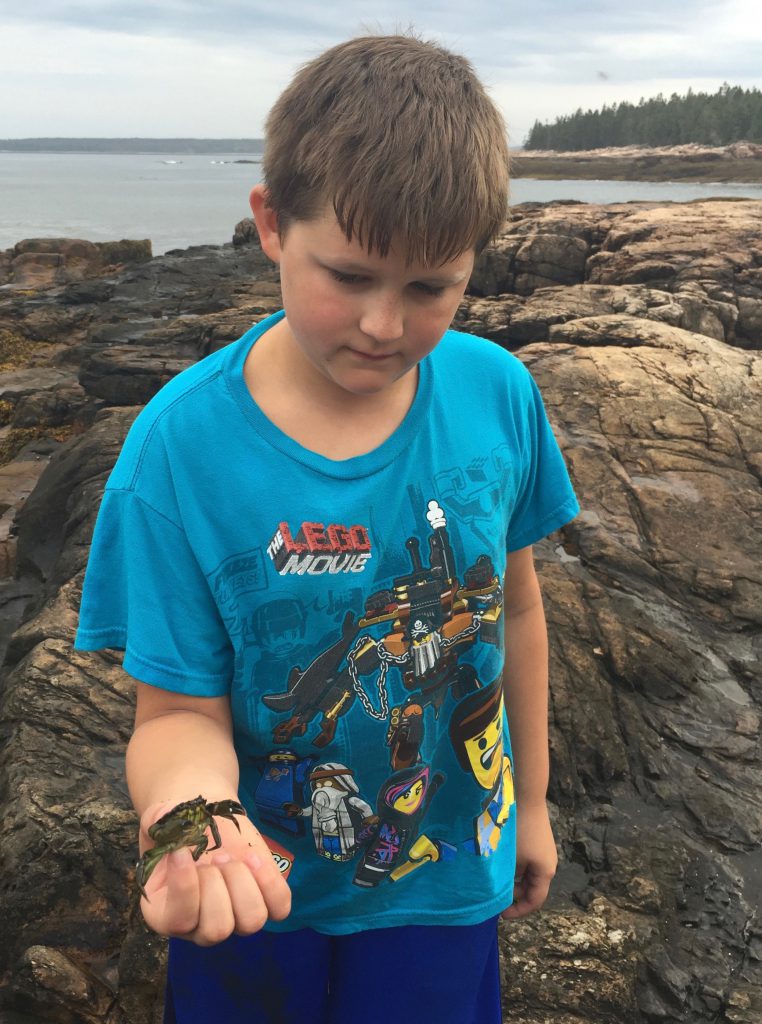 and lastly, the biggest catch of the day. so what if it was dead (and rotten). 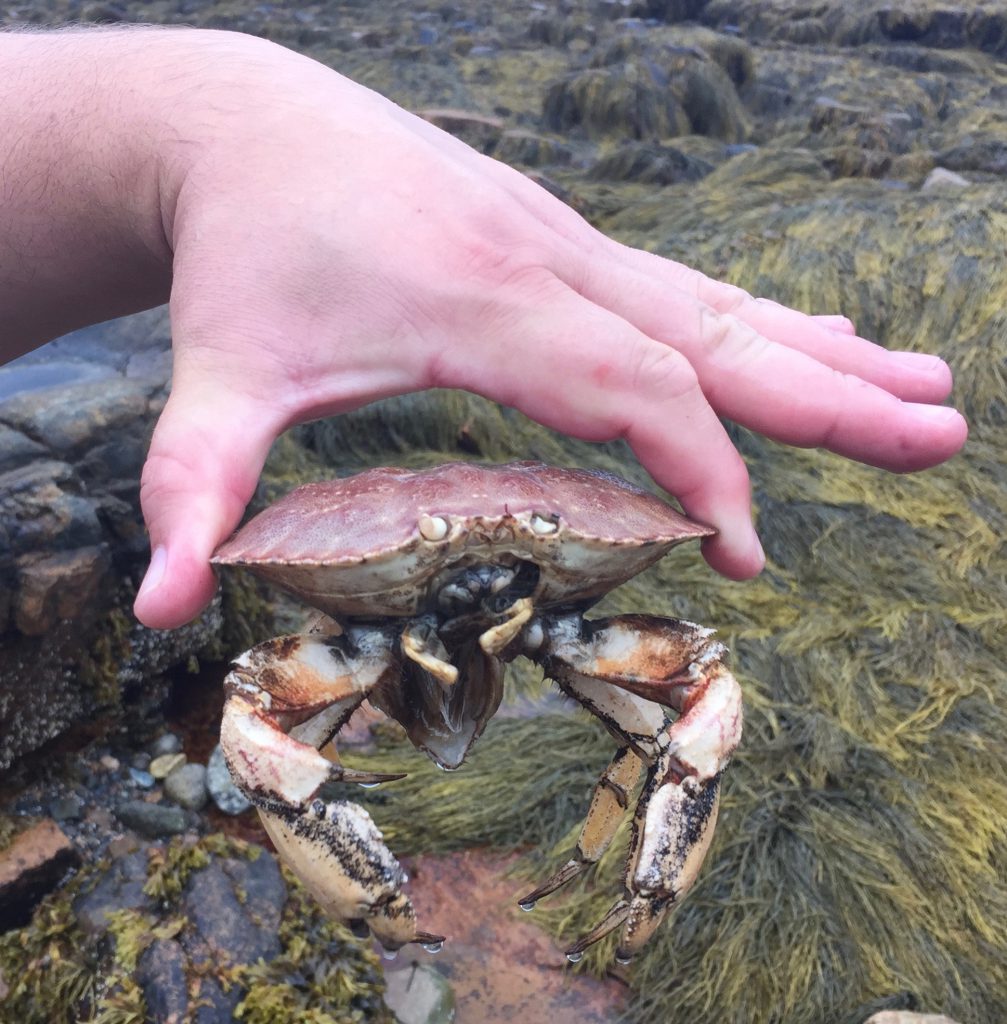 it was getting late, so we made the hike back to the car in record time and made the long drive back to our campsite. and then, our lazy-ish weekend was over.