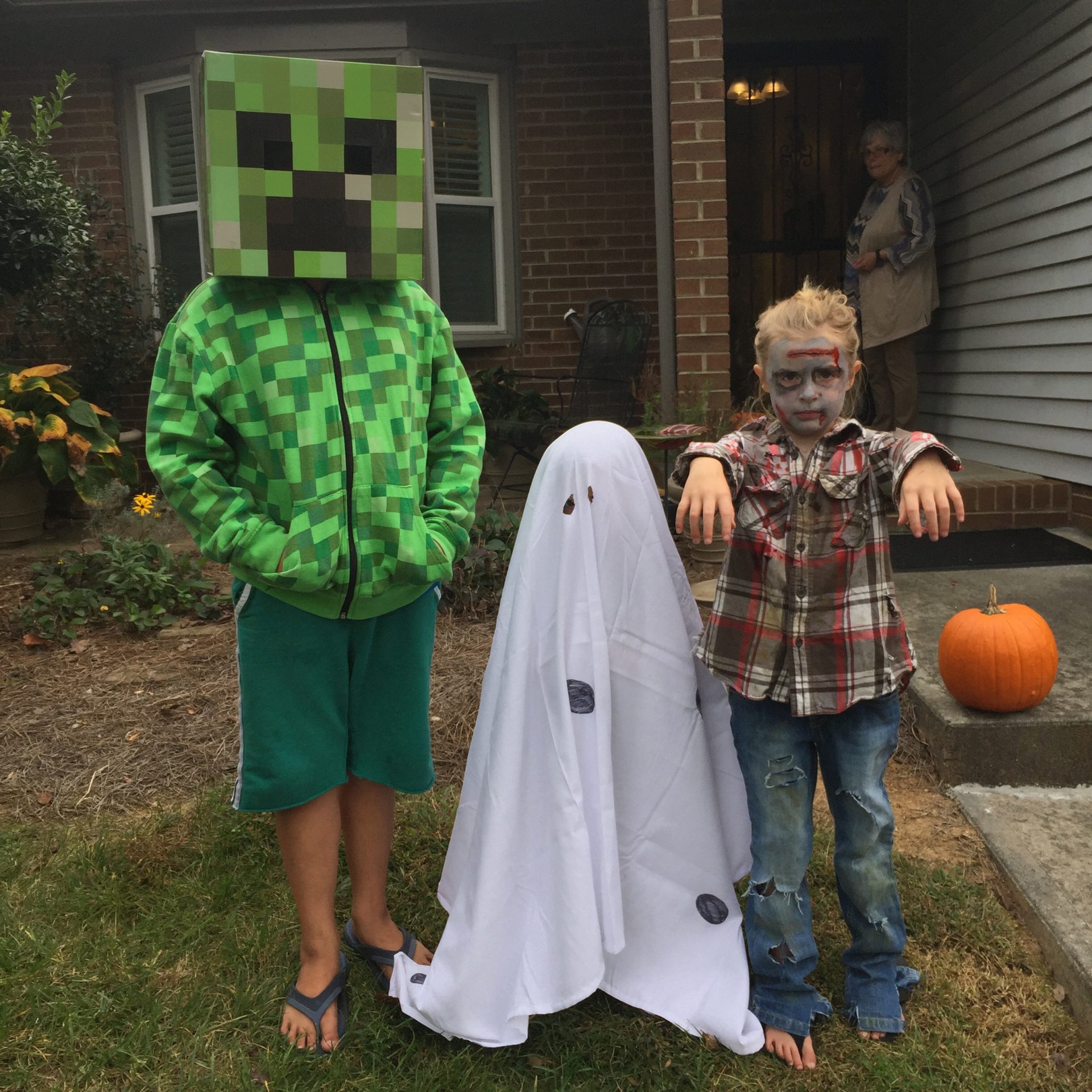 we arrived in nc on october 30th. the kids were bummed that leaving early meant we missed out on the campground halloween festivities, but thankfully, our good pal heather invited us to her neighborhood for some trick or treating in winston-salem. you know, since we are homeless.

i put my walking dead knowledge to work, turning anna into a terrifying zombie. 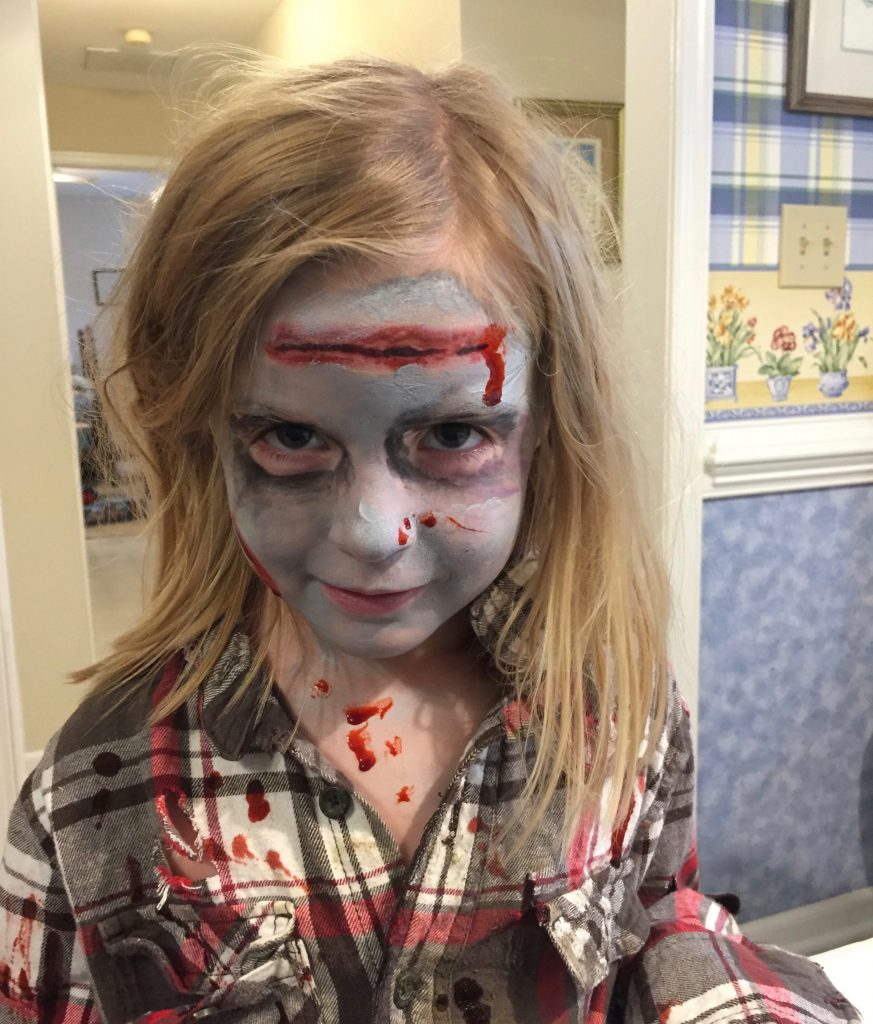 we destroyed a perfectly nice flannel from goodwill, by ripping it and stomping it in the mud and on gravel. walmart makeup and an excessive amount of hairspray did the rest. 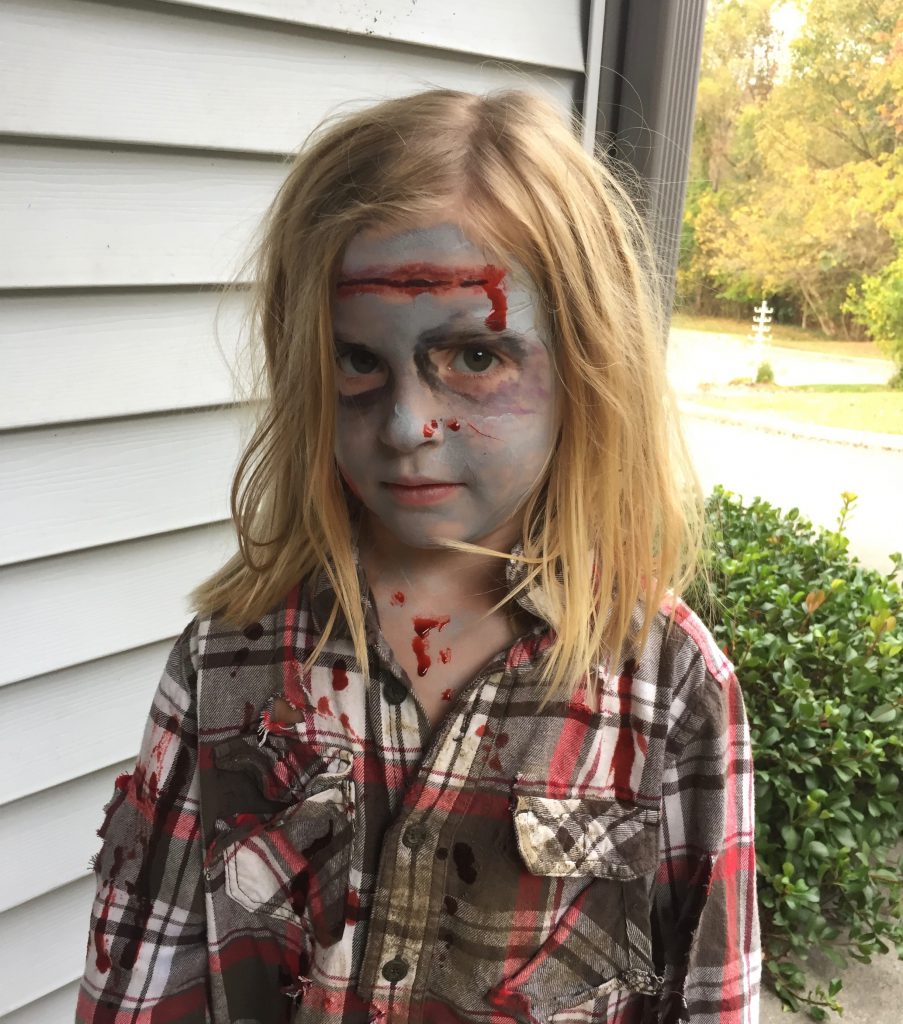 in the end, she went with a ponytail to keep her hair out of her makeup. 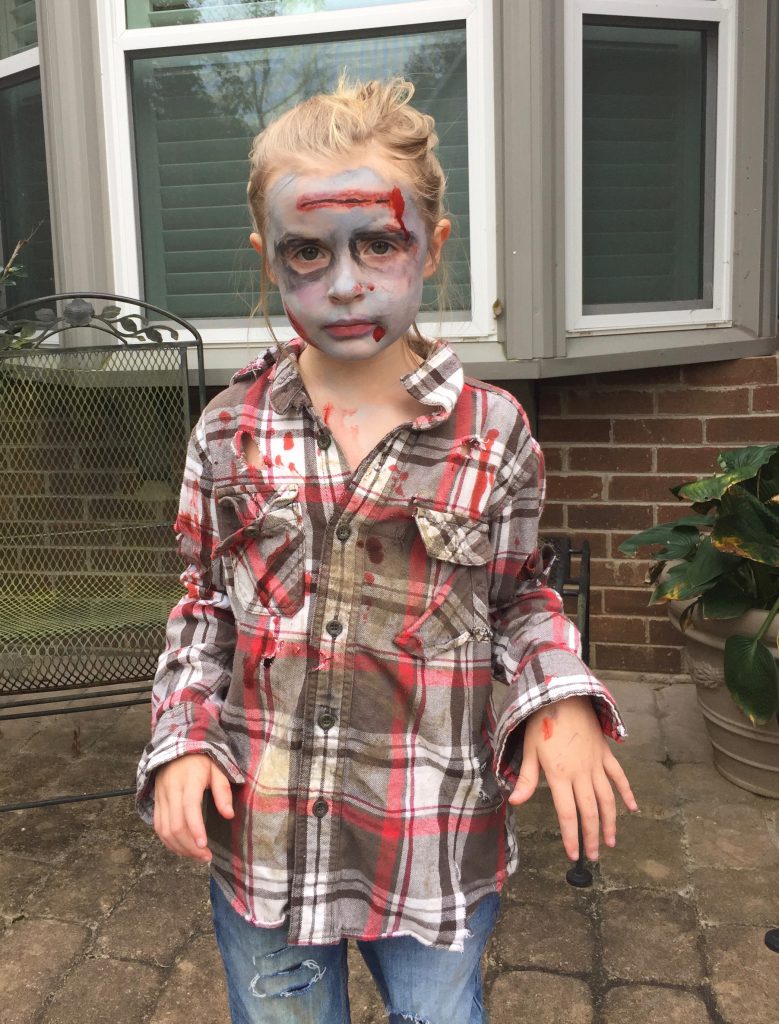 the other two were much easier. isaac was a creeper, which required the hard work of ordering from amazon. and hazel insisted on being a ghost like charlie brown. which lasted about one minute, but we took a princess dress as a backup plan. 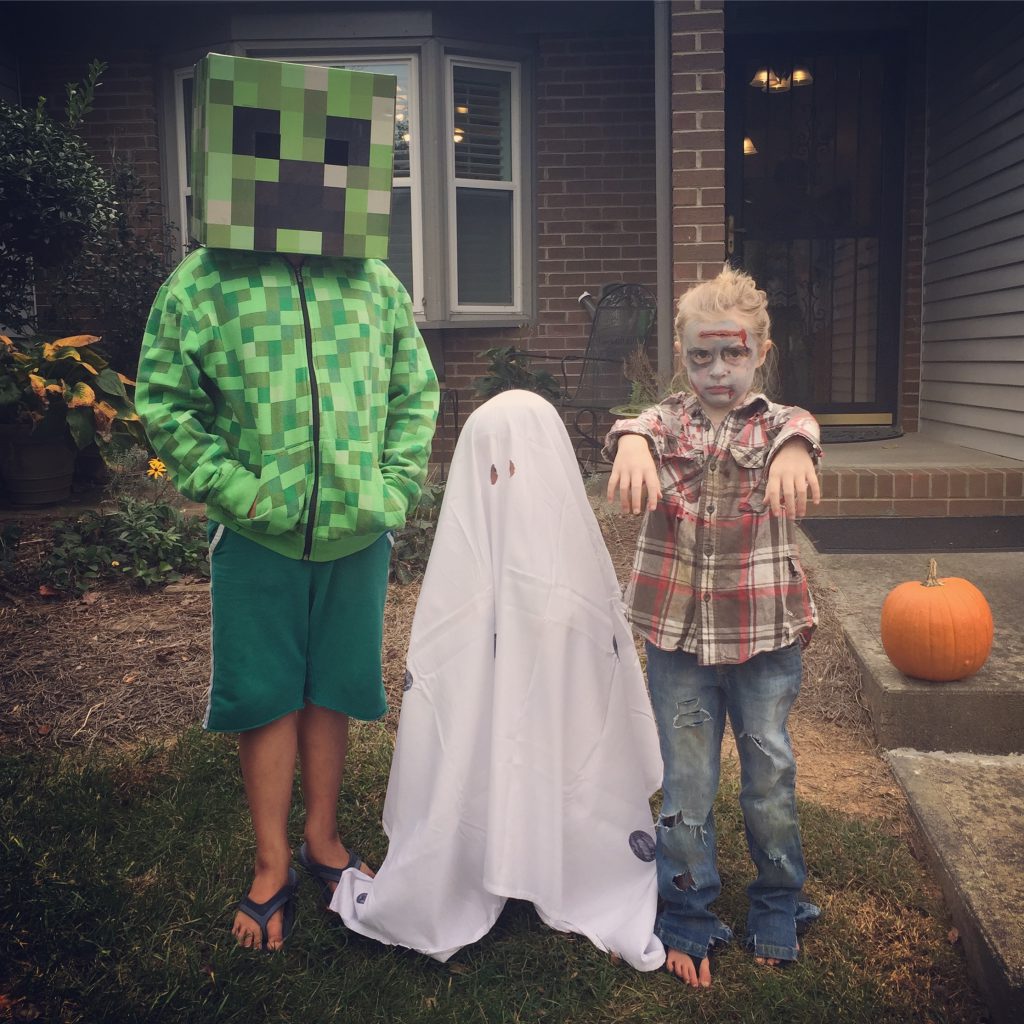 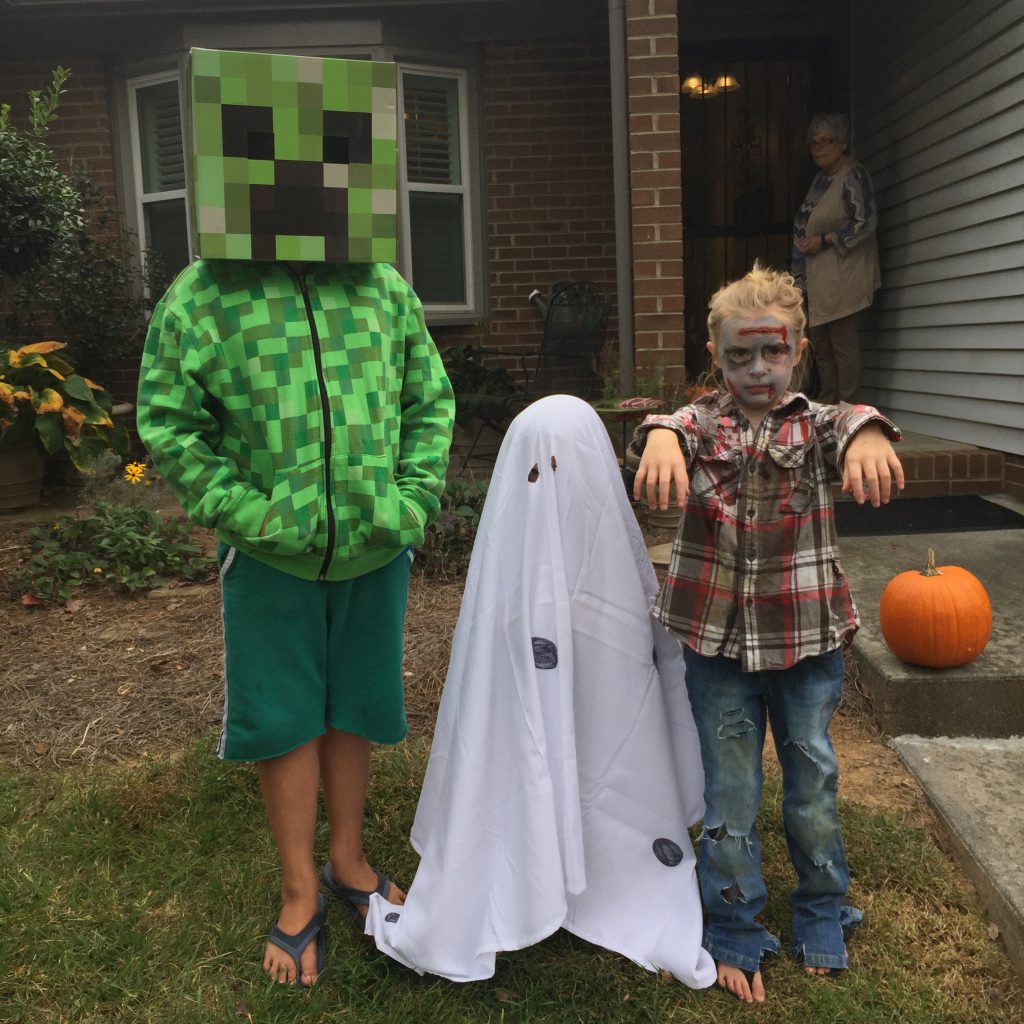 off we went to heather’s new hood. it was fancy. lots of full sized candy bars. AND, someone gave anna (and only anna) some lotion, “for her skin”, presumably because i’m a terrible mom who puts walmart makeup on her in the name of begging for free candy.

the kids racked up. and then ate candy for three meals a day, plus all snacks for the next week. i might have helped them along. 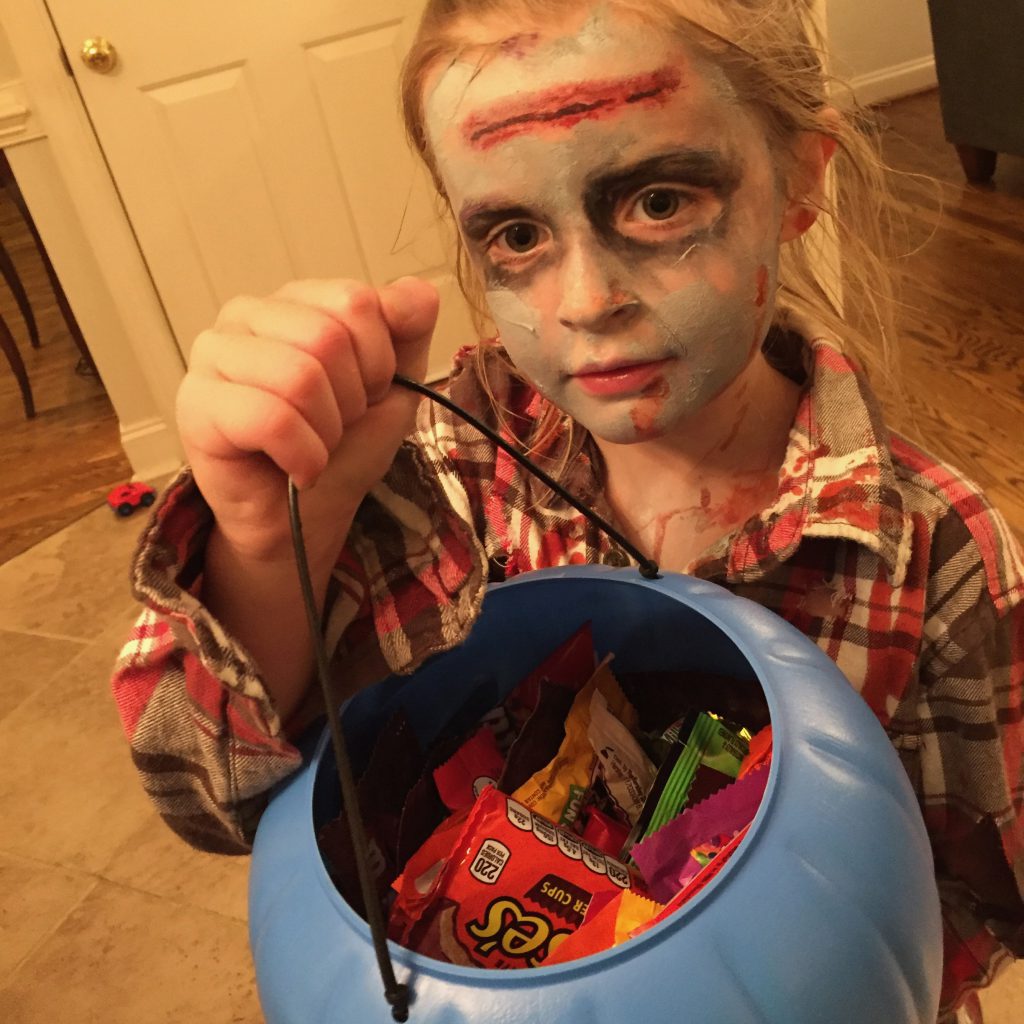 and that’s the tale of our halloween this year. 🙂