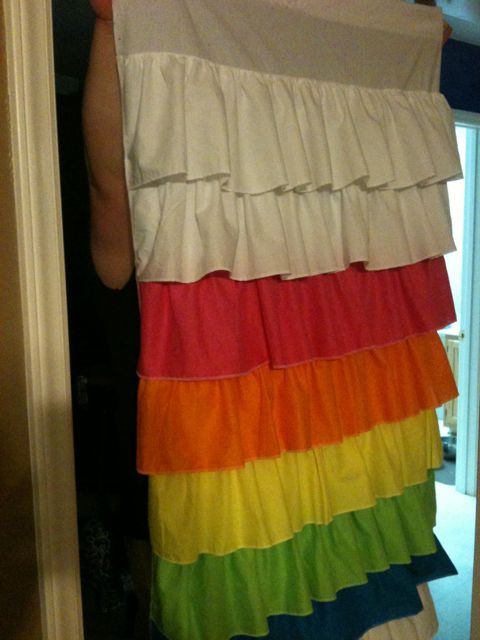 so the story goes:

anna doesn’t have any curtains in her room.  i somehow happened upon this blog post tutorial-ette.  then i got some joann coupons in the mail and the obsession began.  the tutorial was for a shower curtain, so i attempted to work out my own measurements.

i put my serger to work, using the differential feed to make the ruffles and to save myself from having to press and sew the hems on 20 ruffles and the two back panels.  the hard part about the ruffles was that none of them were the same size.  i wound up just putting them on and then serging down the sides when i was done.  this made them curl under a little and gave a cleaner look.

this project has been quite frustrating and mentally exhausting (trying to figure out the order to do things, measurements, etcetera…).  i’m tempted to just hang the one curtain and leave the other for another far off day…

anyhow.  here it is. 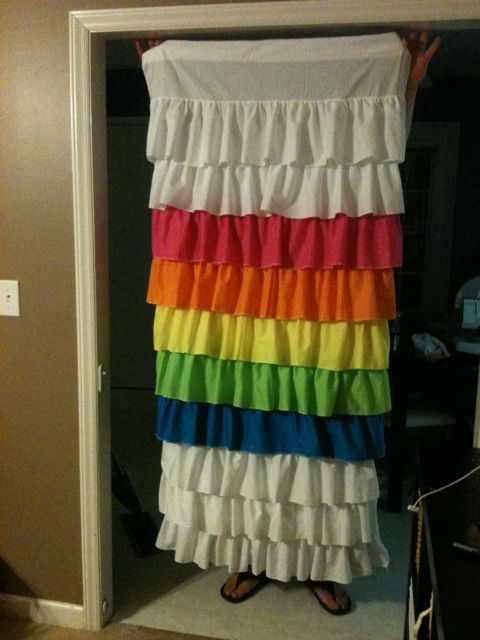 One Reply to “Ruffle Curtain, Singular.”