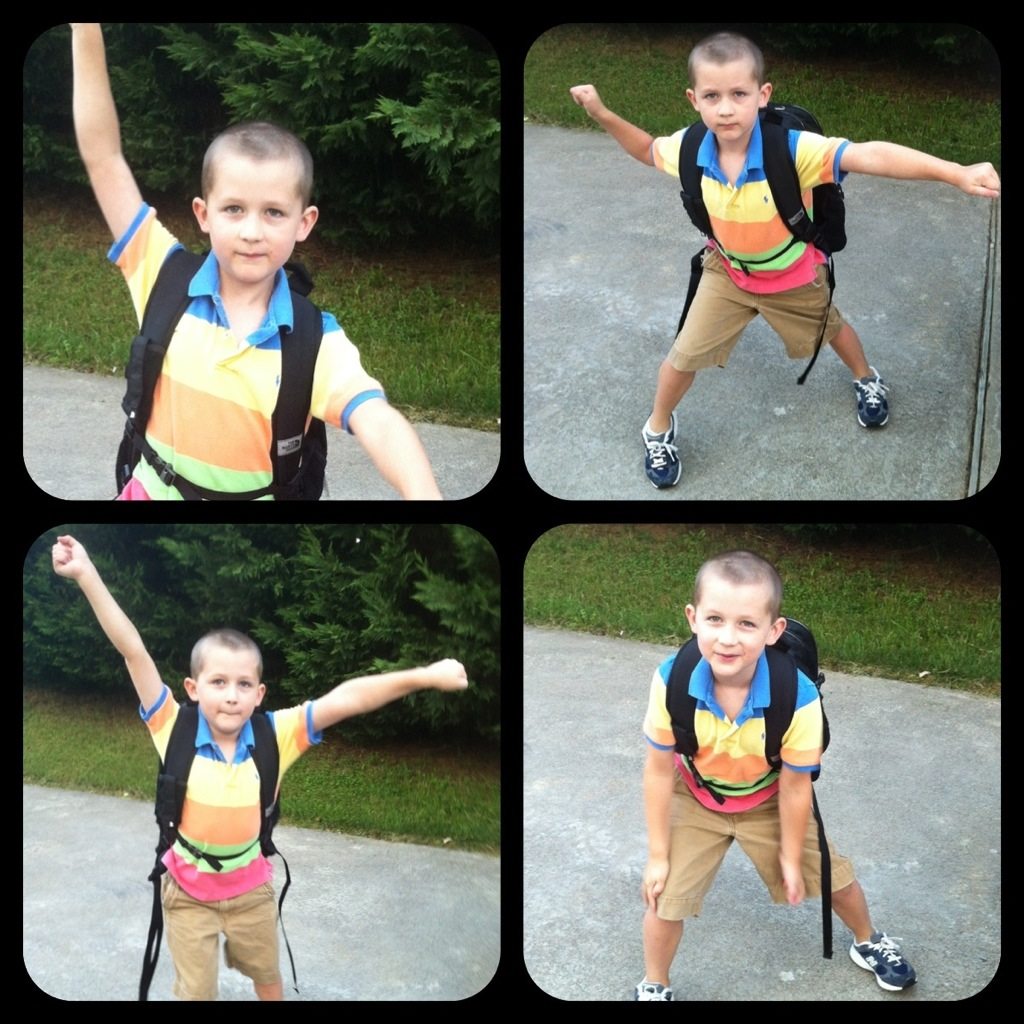 well. even though it’s still 900 degrees, i guess summer is over and it’s time for school. isaac, at a whopping “five and a half” (don’t dare leave off the half), had his very first day of kindergarten today. 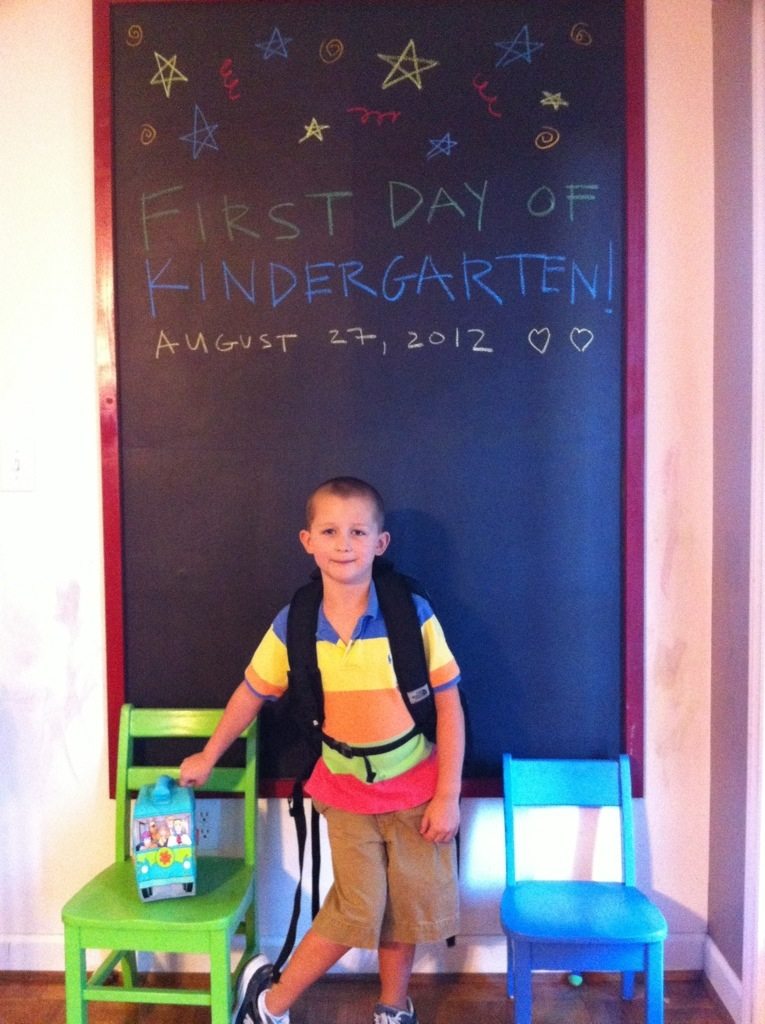 he was pretty excited. and picked out this shirt himself. and has decided that i’ll wash it every night so he can wear it daily. 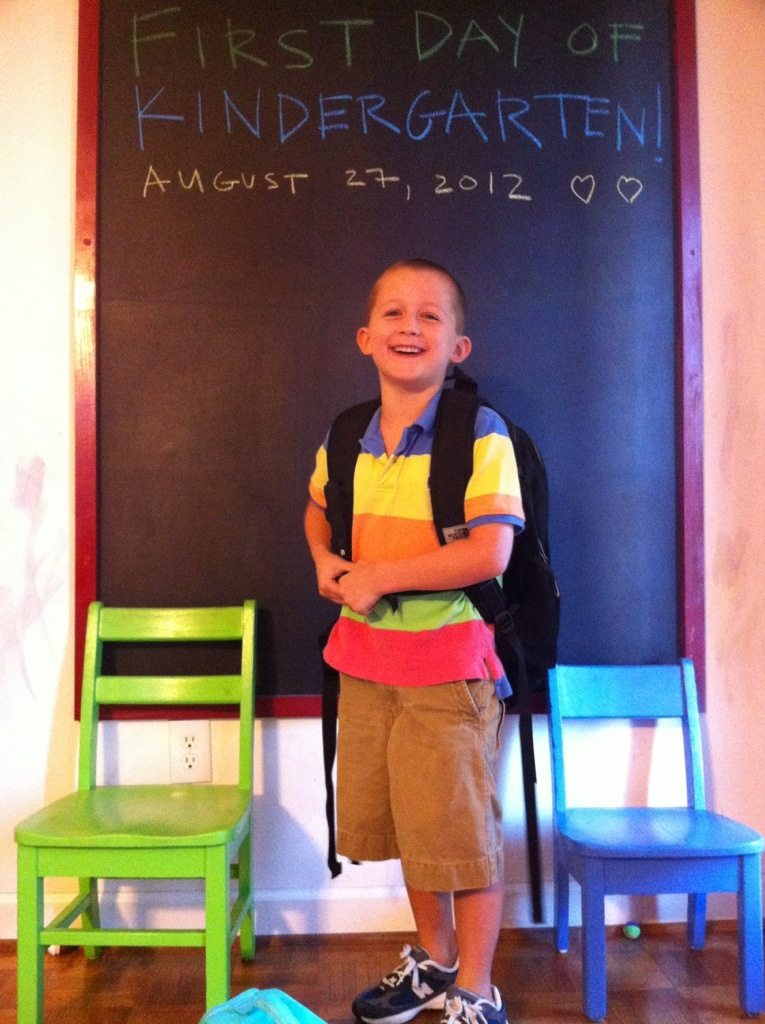 anna is even more excited that he’s back to school. 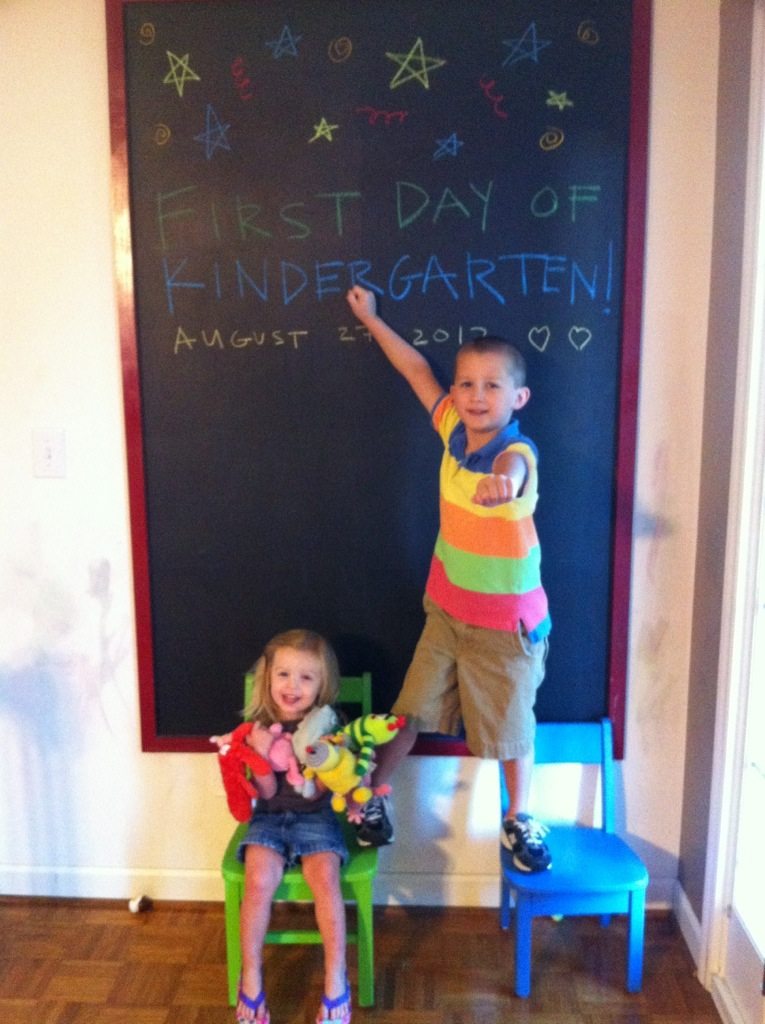 he stopped for some cartoon action figure poses before loading up in the car.

parking was a little crazy, but we wanted to walk him in. so did every other mom in lewisville. he got right to work, writing his whole name. 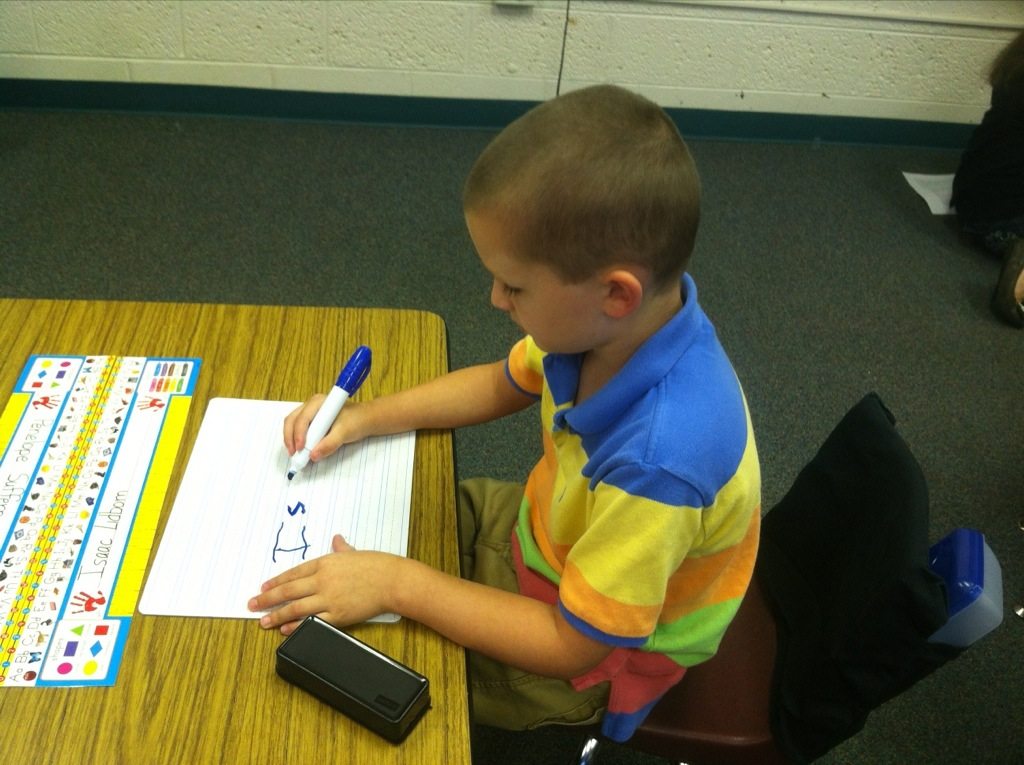 i knew he was ready, but he could have humored me a little and pretended like he was ever so slightly sad. but, instead, he gave me a quick obligatory hug and sent me and anna on our merry way.

when i picked him up, he and anna were so excited to see each other again. they both smiled their biggest smiles and hugged. they’ve been playing in his room NICELY ever since we got home. we’ll see how long it lasts, but i’ll take every last minute. 🙂

2 Replies to “public school. day one.”