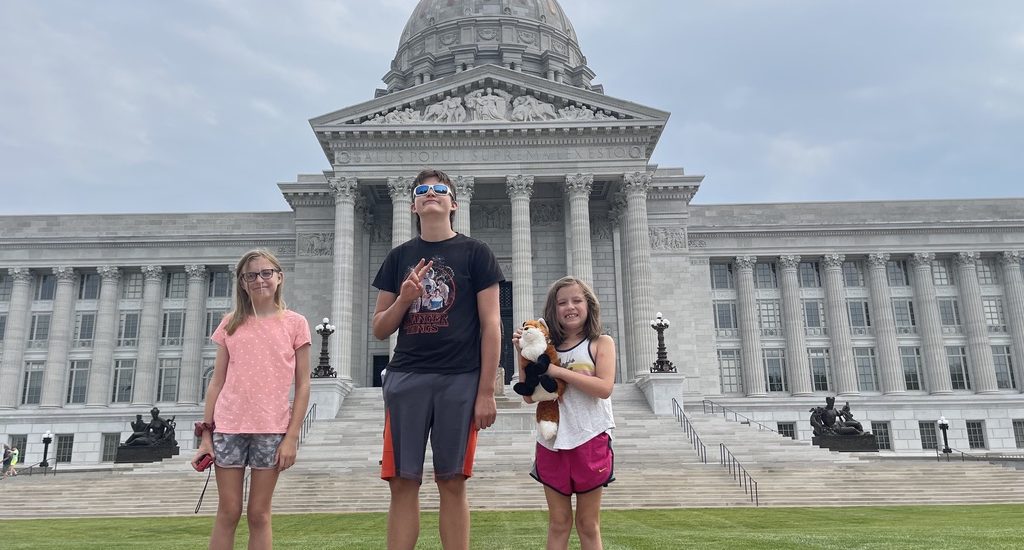 as we trekked home across the midwest, we passed through (or slightly detoured to) the capital cities of several states, and stopped to for obligatory photos for #lidbomstatecapitaltour. these three brought our grand total to 27.

firstly, lincoln nebraska. we stopped on our way to the homestead national monument. it was a pretty quick and easy one to get to and park, which is always nice.

the second capitol was topeka, kansas. after we went to brown v. board of education, we were in a bit of a hurry, because we had evening plans with some local pals. we rolled up, scavenged the seats for a quarter for the parking meter, ran to what we thought was the front, snapped a pic and hit the road. it was only as i rounded the corner on the other side of the building that we realized we had actually been in the back of the capitol building. oh well, no time to fix it. this will have to do. (it’s one step better than the drive by photo we took in denver a few years back).

lastly, jefferson city, missouri. i had to drive a wee bit out of the way to get to this one, on a travel day from kansas city to st. louis, missouri. after the previous capital’s debacle, we took no chances with this building. we drove around it once. parked. walked around it and took photos from every angle. and then drove around it again for good measure. (and because it was a one way loop and we had to drive around it to leave). we even crossed the street for a pic of a very strange fountain. also, we still don’t know which is the front/back.

there you have it. the tale of three midwest capitol buildings.