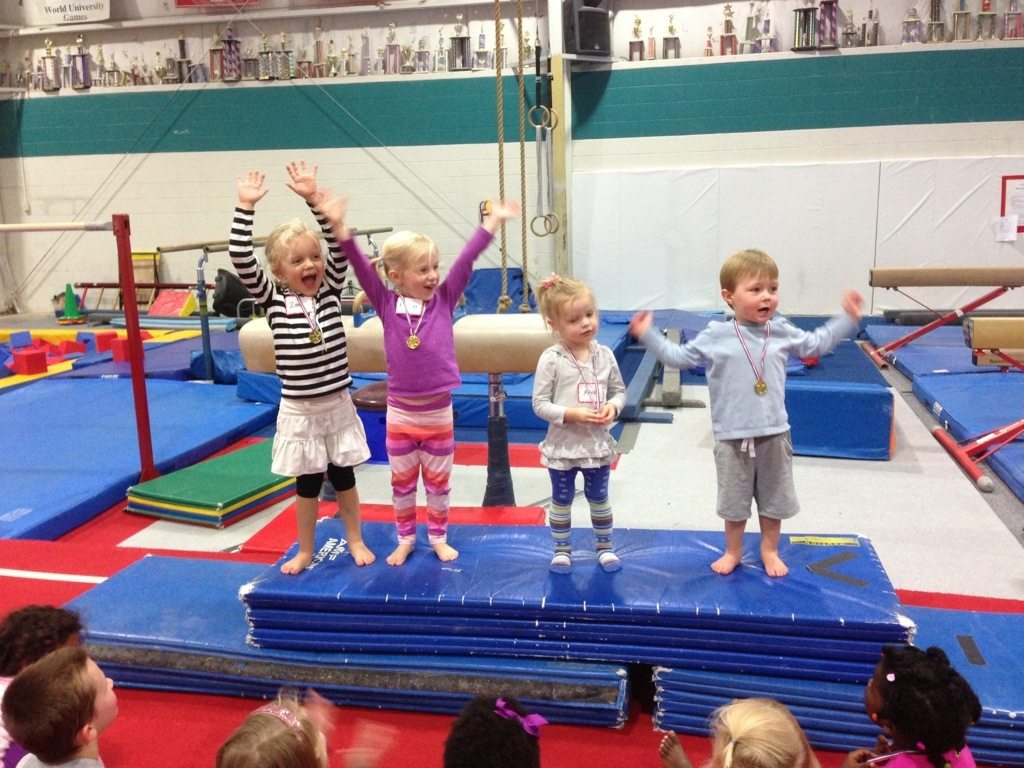 not much exciting to report around here. we’ve been watching a ridiculous amount of “it’s the great pumpkin, charlie brown” and have now moved onto “a charlie brown thanksgiving”. i’m hoping to get through halloween before we have to bust out “a charlie brown christmas”… (we did have one sneak peak already. :/)

isaac, being cute, holding tina fey. our favorite chicken by far. we can barely catch any of the others, and if we do, it’s squawk-fest until we put them down. jerks. 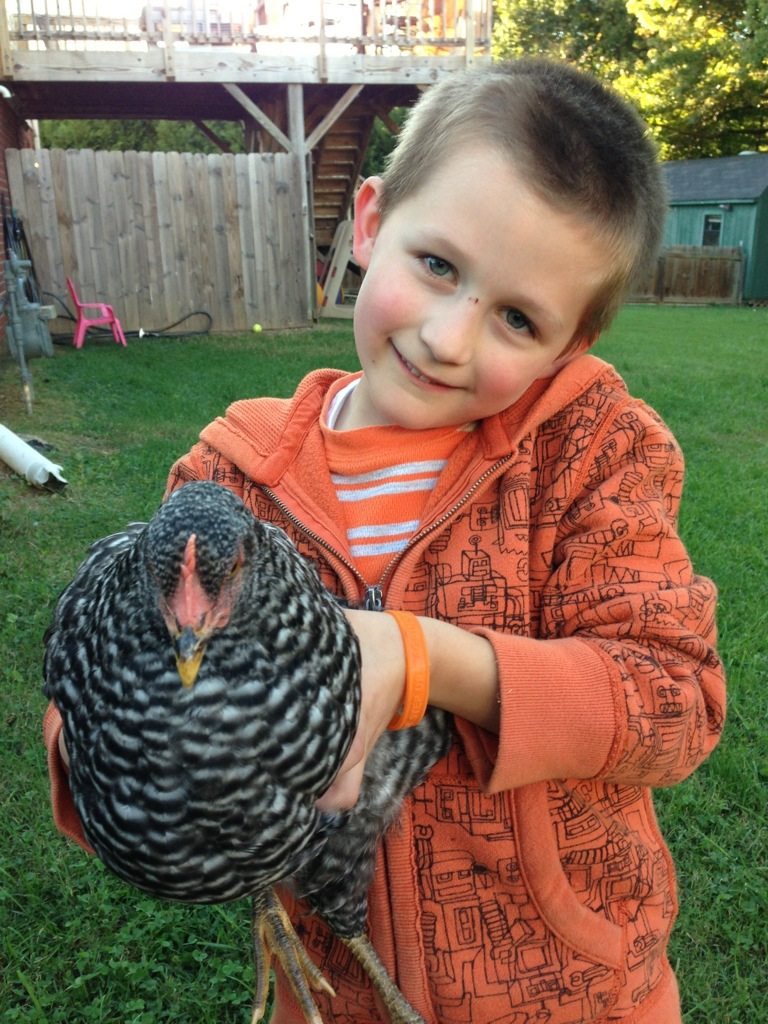 we had some fellow buffalo, new york friends over for a campfire on friday night. it was perfect campfire weather. the kids mostly dug dirt in the garden, but would stop in occasionally for a photo op. 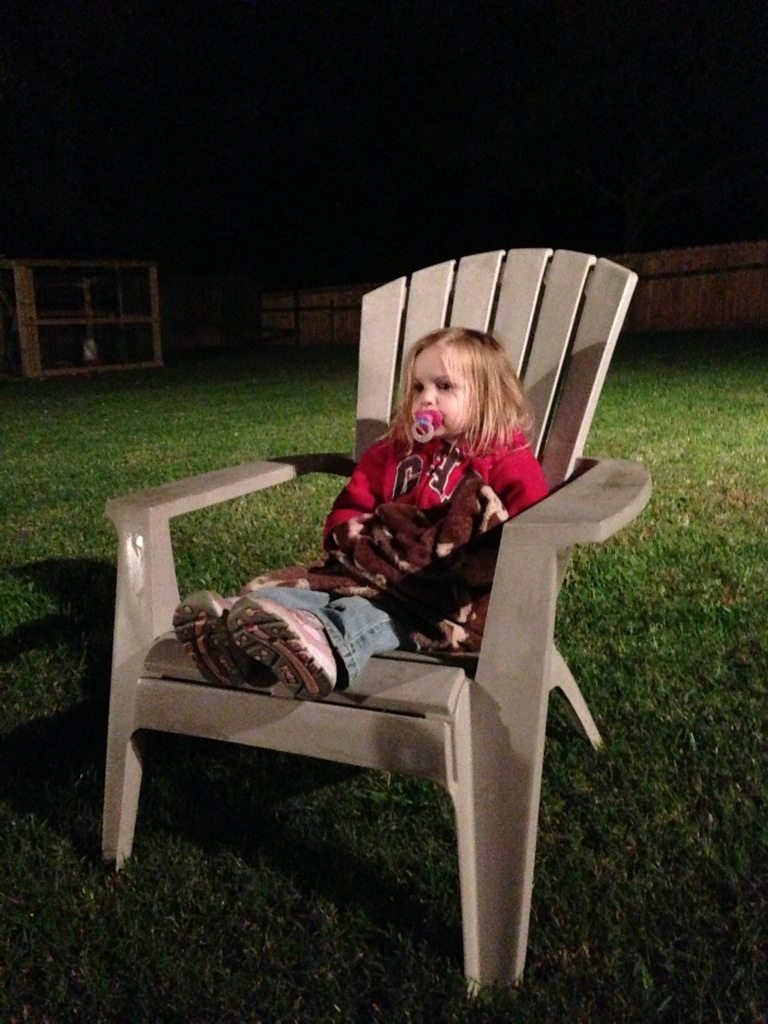 of course, since we had a campfire, we also had s’mores! 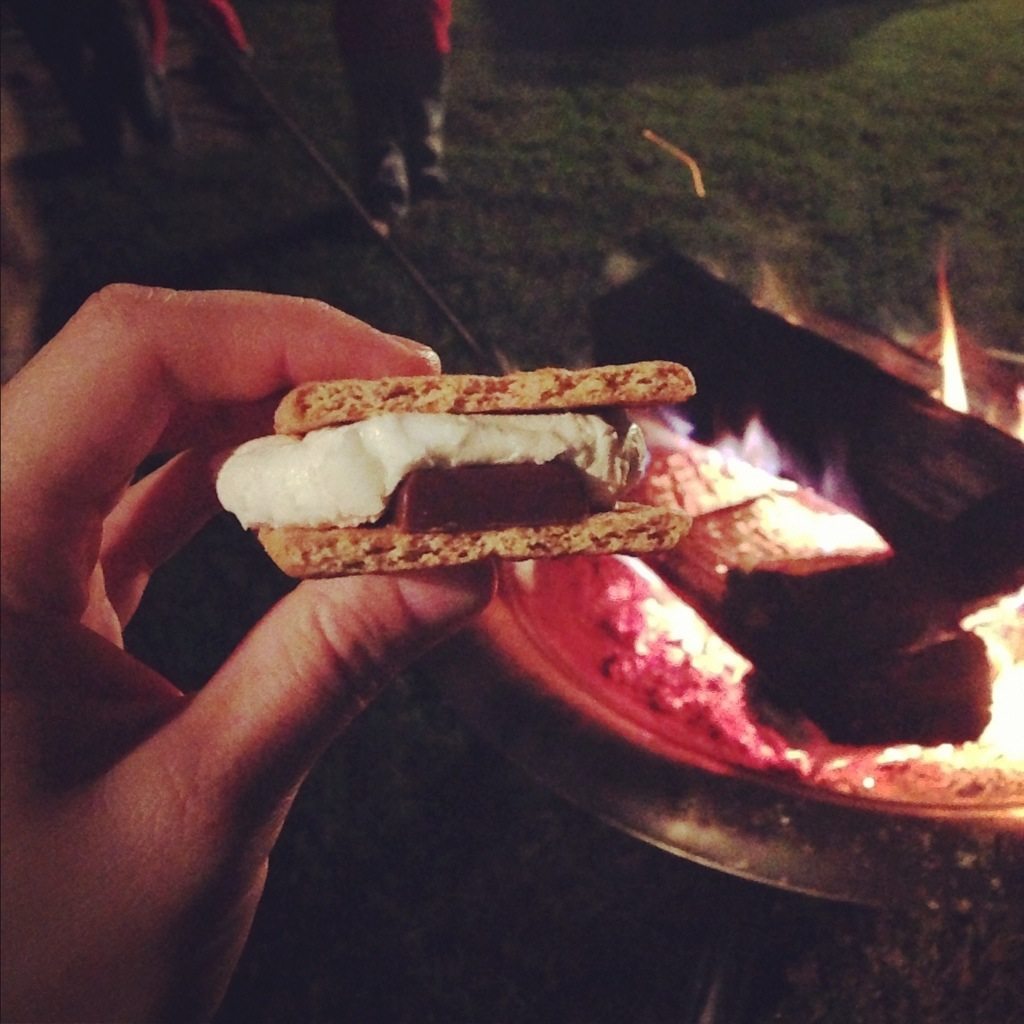 anna has been drawing away. it’s so fun. this is a self-portrait. “it’s me. in a red shirt”. (i would write that out phonetically how she says it, but it would be inappropriate.)

she also has been making little reading nooks in any corner of the house she can. or the middle of the kitchen floor. in this case, she is in the corner in our living room. 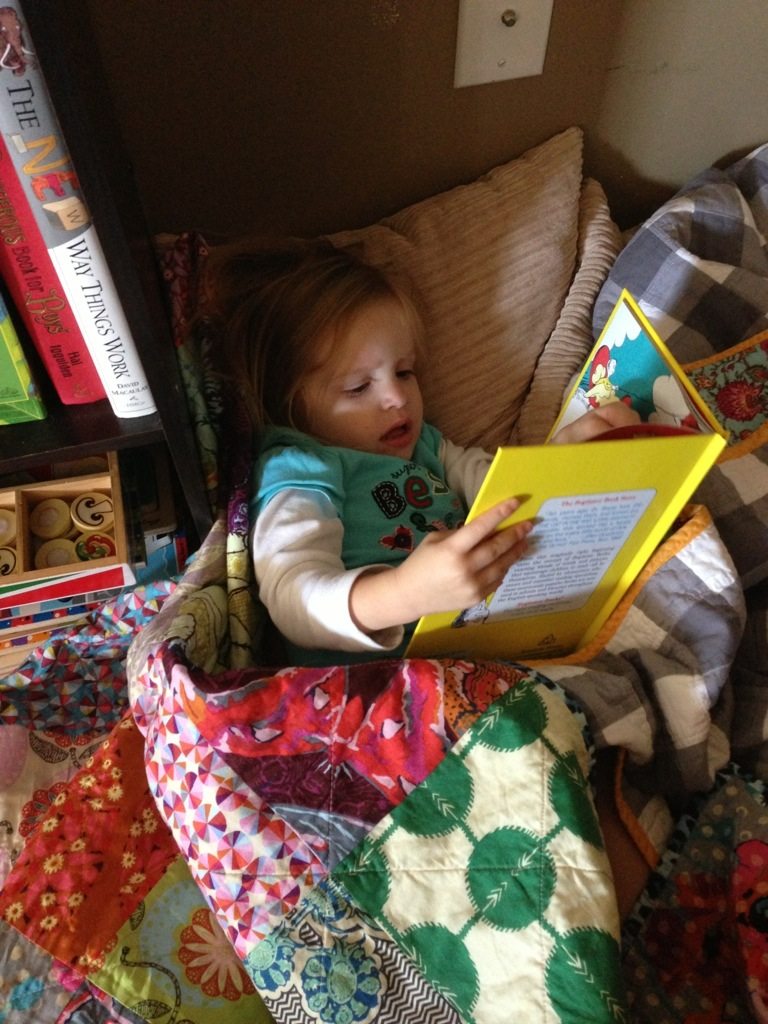 isaac, who has been learning to read and write and spell, has taken to making informative signs to help us navigate his room. this was on his treehouse in his room. i figured this day was coming and it’s sort of cute. too bad anna can’t read. 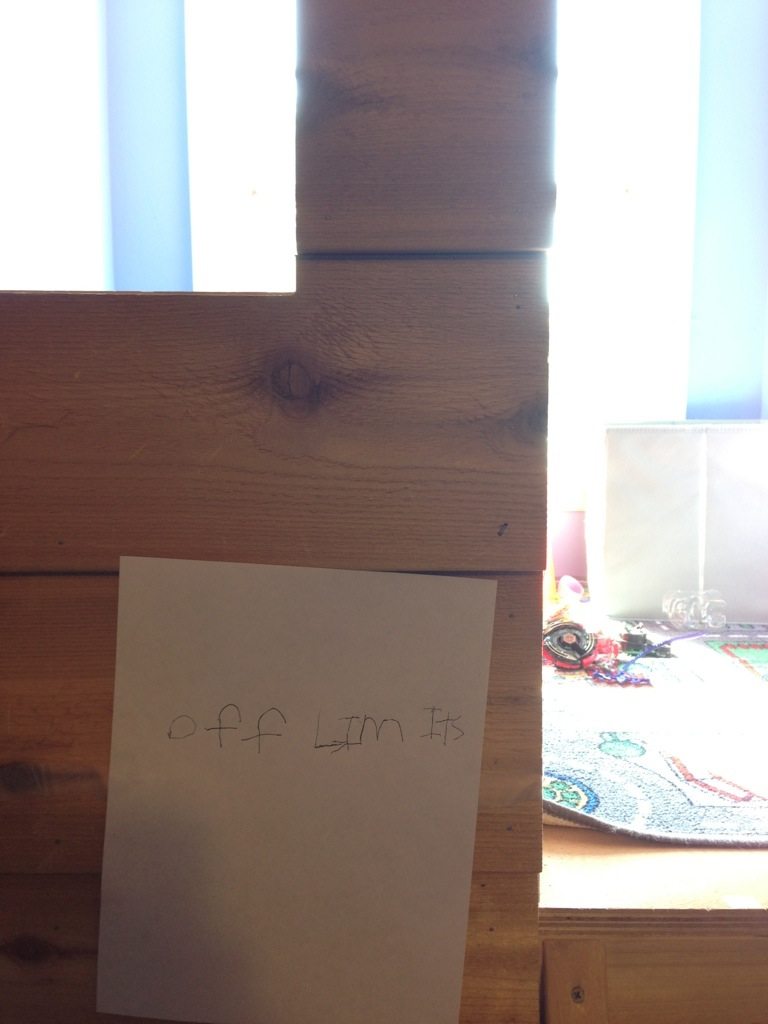 on saturday, we went to a big bash for maya! two years ago, her parents brought her home from uganda and she became part of their family. (the government assigned her a ridiculous birthday: december 25th. so, they’ve decided to celebrate this day instead. maya day!). anyhow, the party was at the gymnastics center and it was fun. the light was terrible, so i could only get pictures of them being completely still. here are my people waiting patiently for parachute instructions. 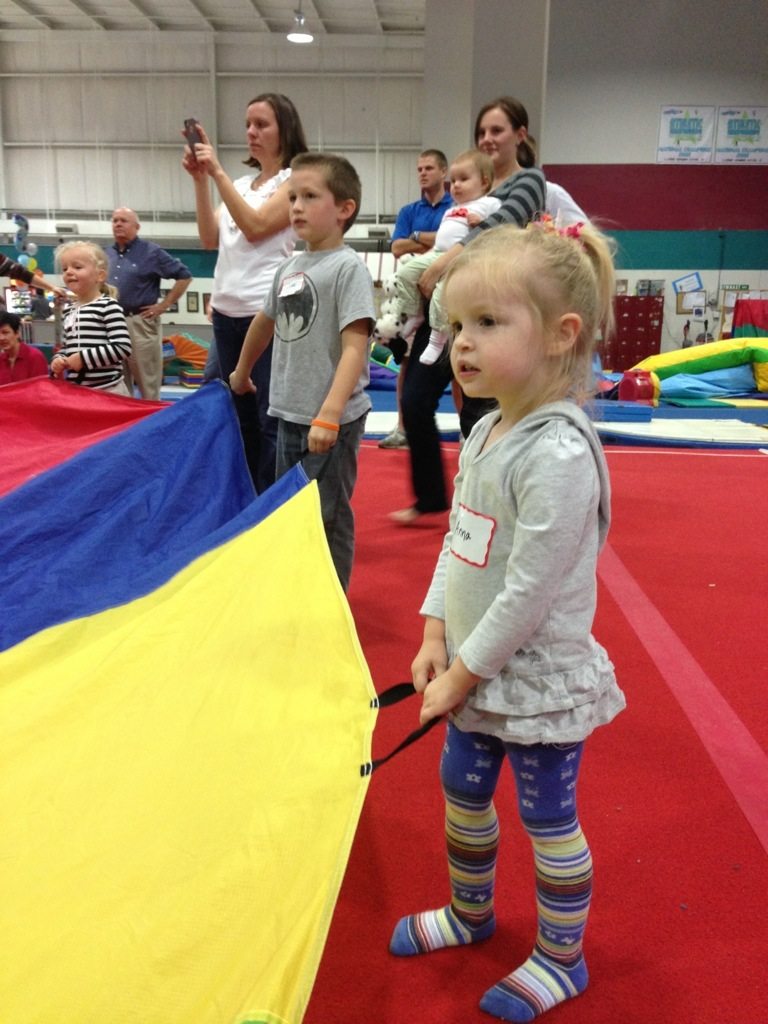 we made a fun tent and sat inside to sing happy birthday to maya. 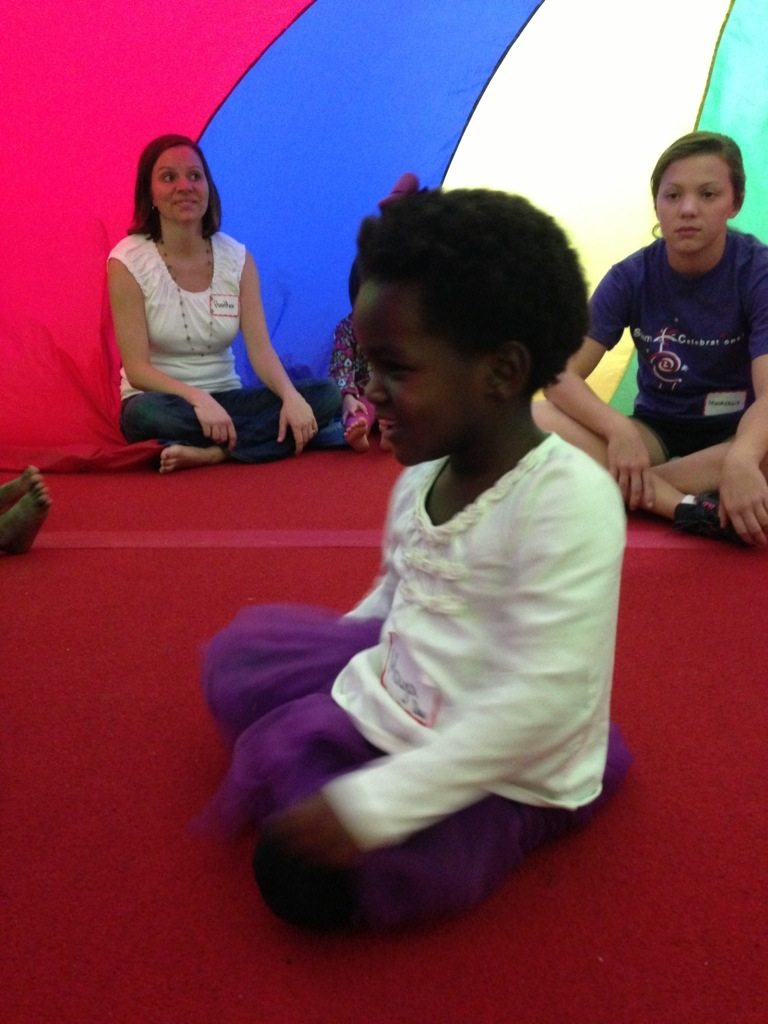 at the end, medals were “awarded” and the kids posed for olympic medal ceremony type pictures. here’s ike’s crew. 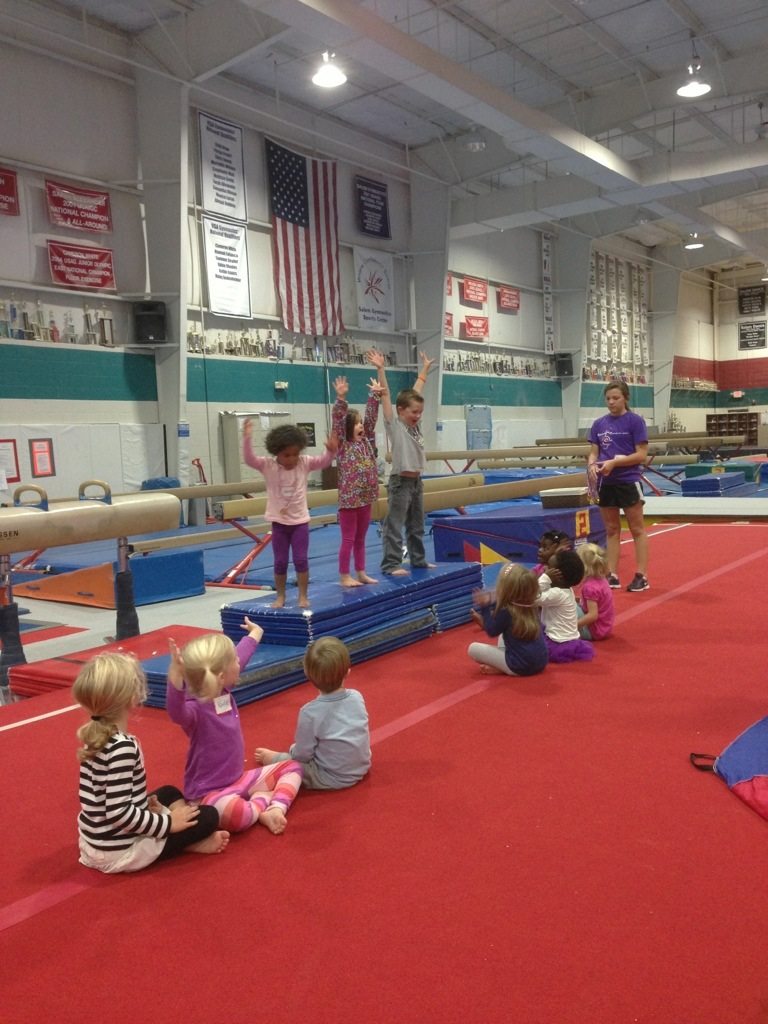 we sang to maya and had delicious cupcakes, before being quickly ushered out by the salem gym staff. 🙂 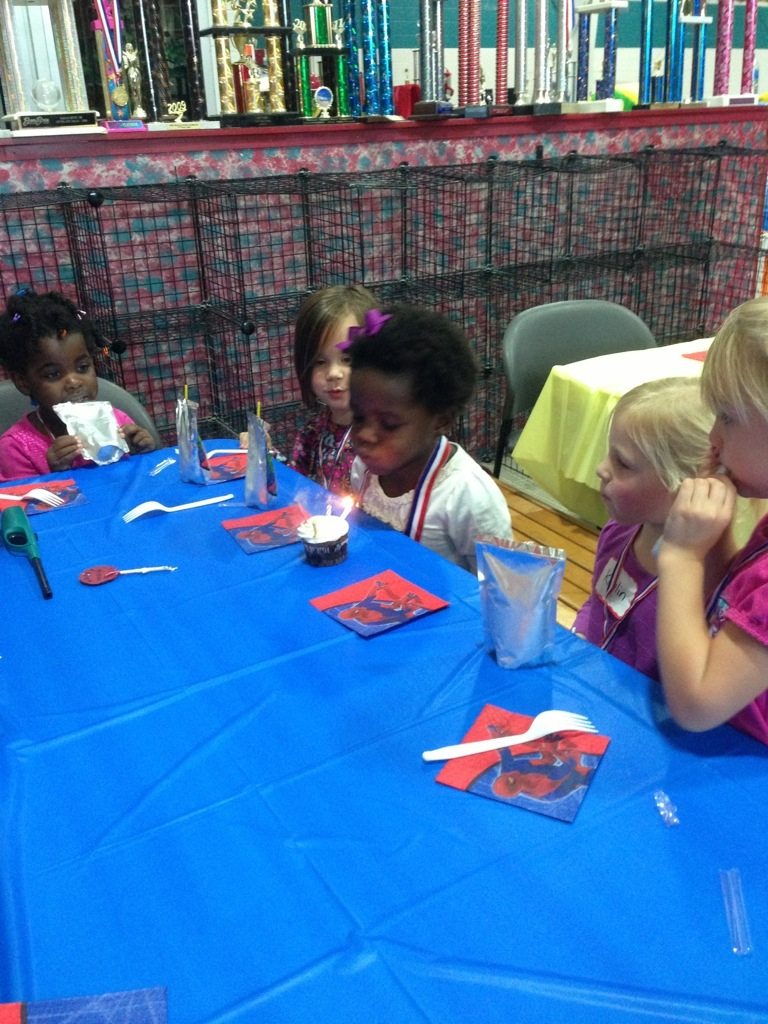 some more anna art. this is a snowman. 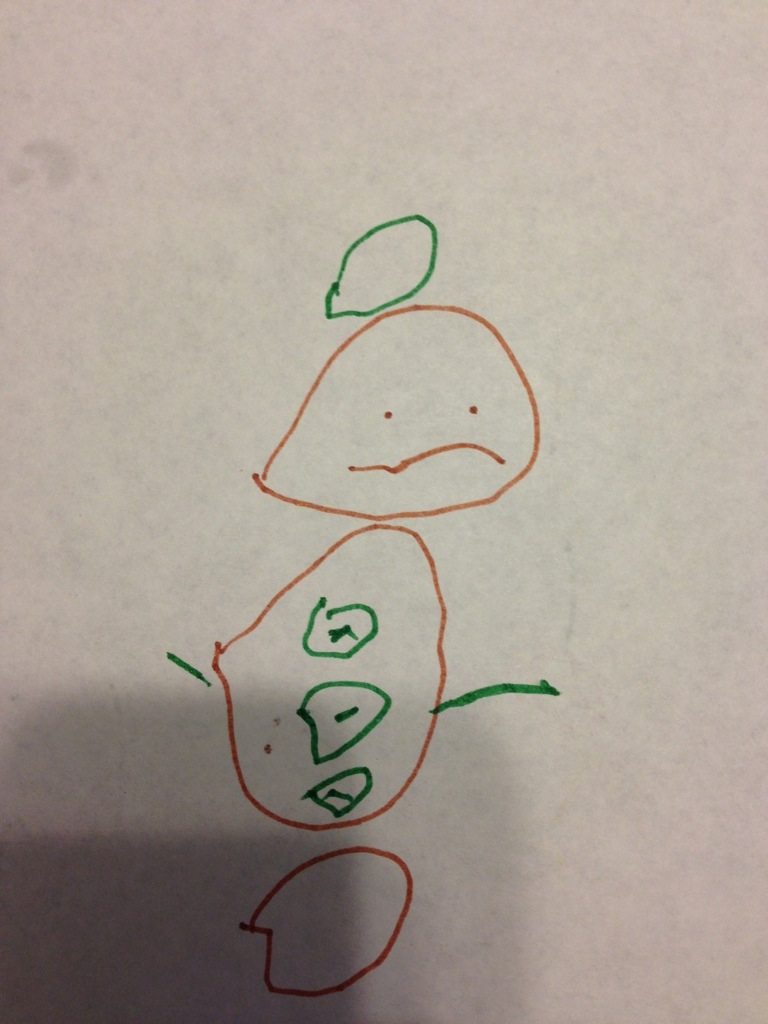 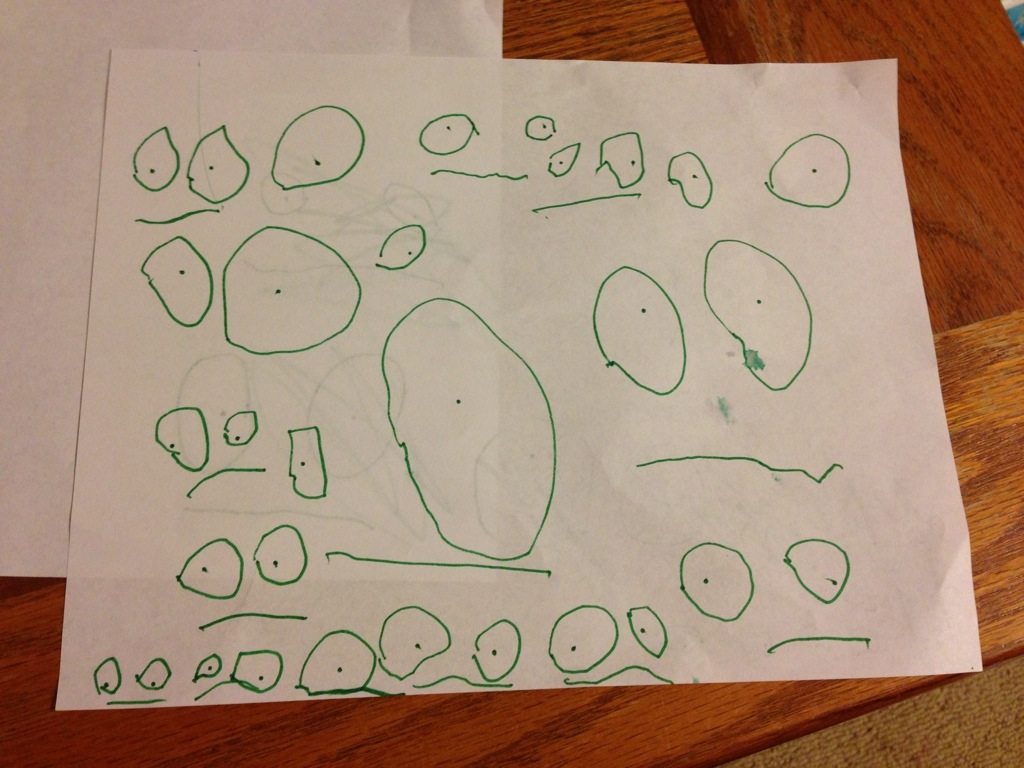 and, finally, i’ll leave you with one last picture of a lidkid and a chicken. 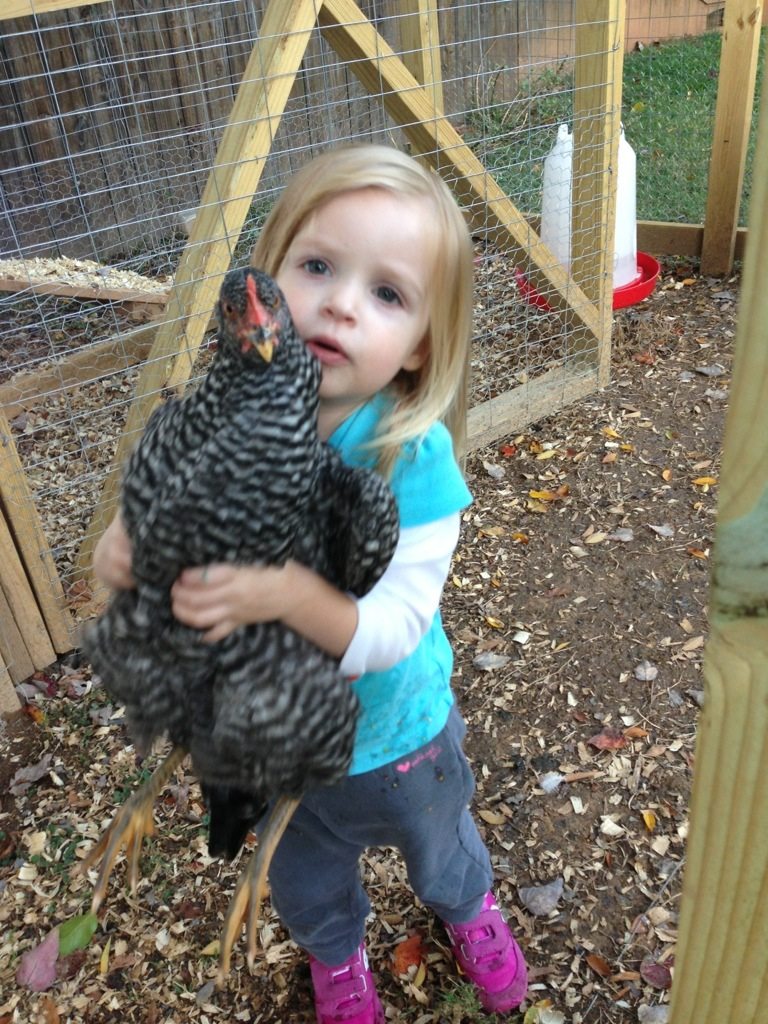