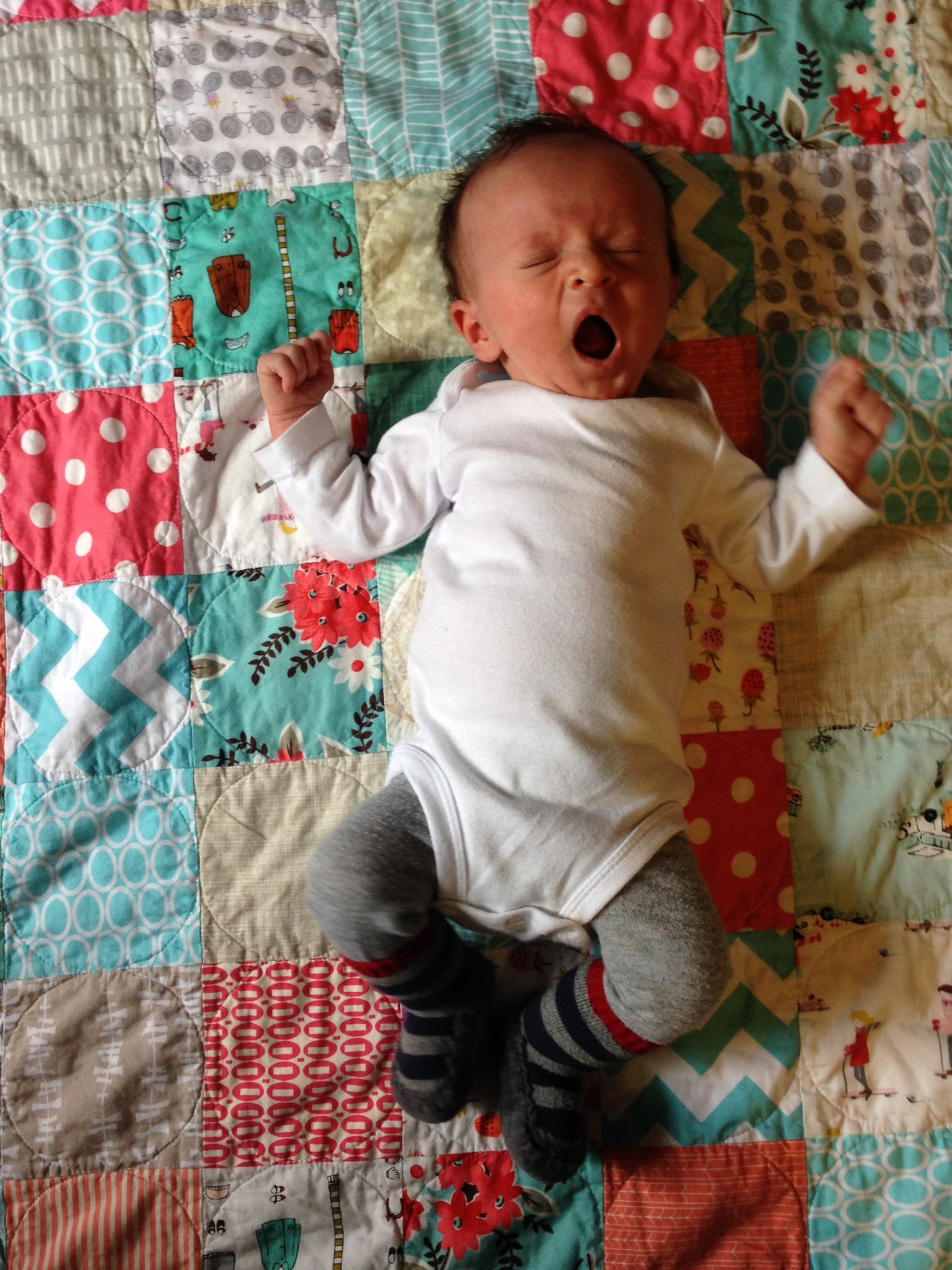 phew. this past month has flown by. and it has dragged on endlessly. all at the same time. hazel is one month old.

we really like her. she looks like a perfect mix between isaac and anna. it’s crazy. i just want to smoosh her little face. i think i’ve kissed her one million times at least. 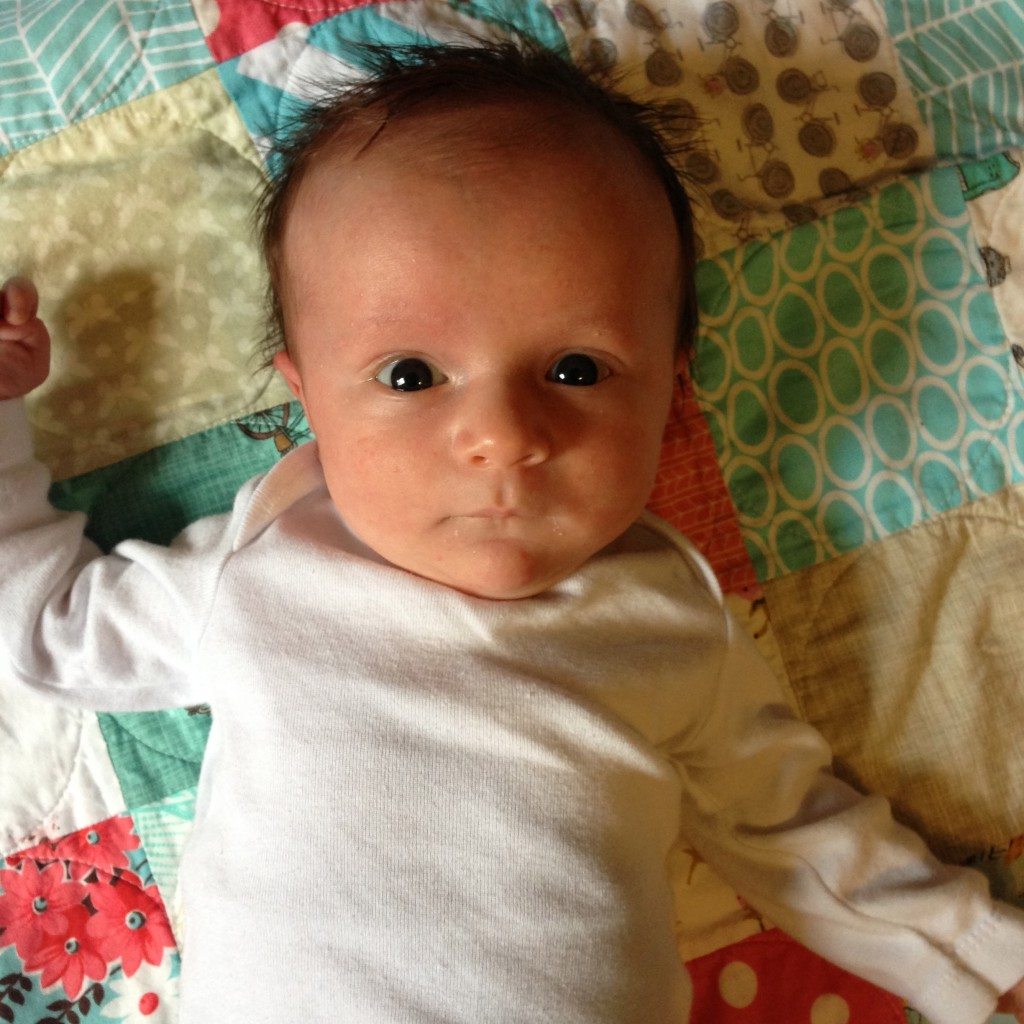 i think she’s a pretty good baby overall. we’ve had some rough spots. but a lot of the difficulty comes more from having two other kids. but, she gets her say in here and there, with a long night of screaming. or by taking 15 minute naps for one entire day. 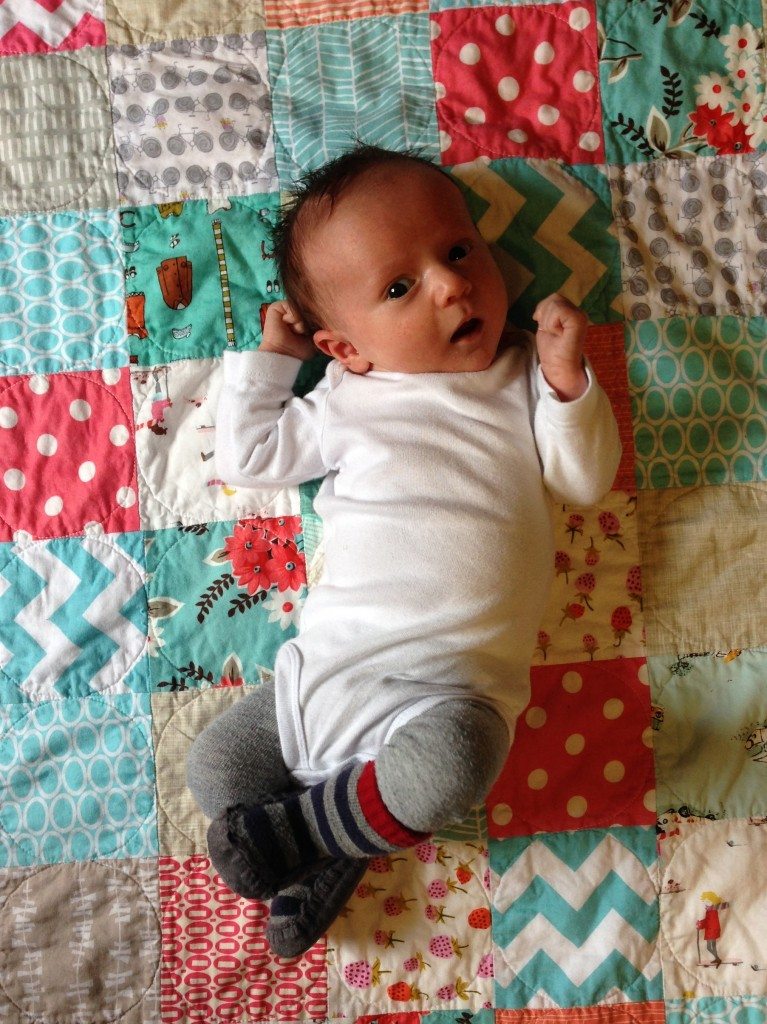 she’s been giving us smiles for awhile now. i haven’t been able to capture it on camera, because she just stares at my phone when i’m attempting it. 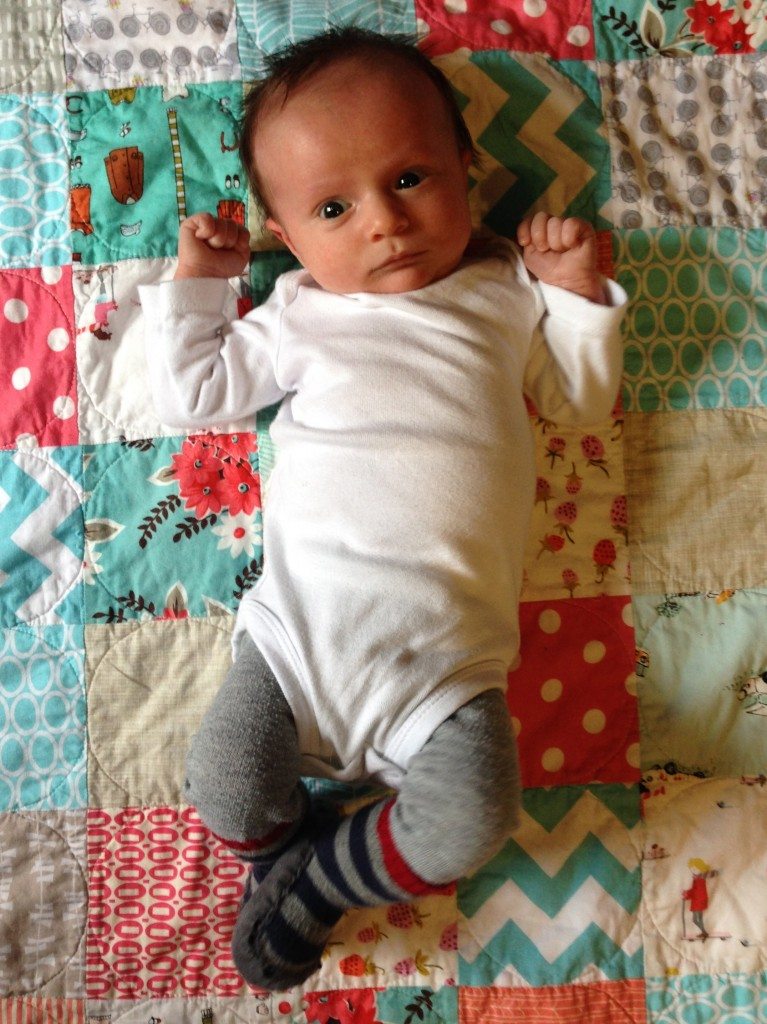 she’s very wiggly. and holds her head up and looks around constantly. her favorite things to look at are the ceiling fan. isaac and anna. sometimes me (mom). and the mirror on her swing. 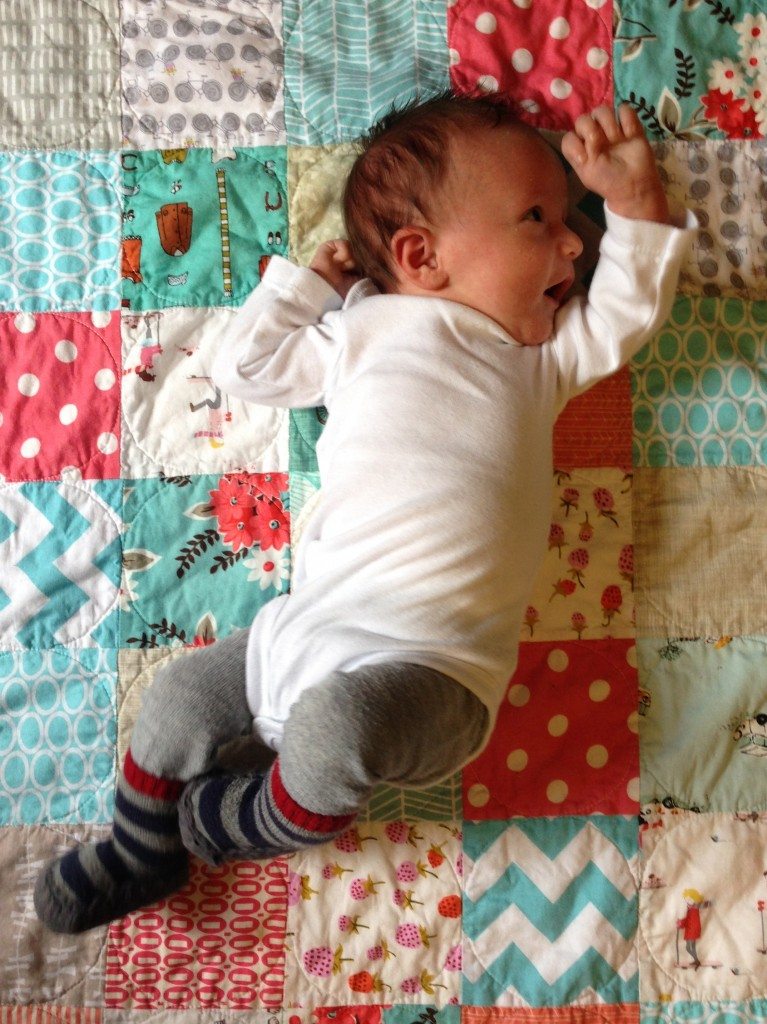 last night, she slept for 7 hours (with a “dream feed” — where derek feeds her while before she wakes, while she’s still asleep). she then spends the rest of the morning, which is incidentally on my watch, being restless and fussy. so, that’s fun. 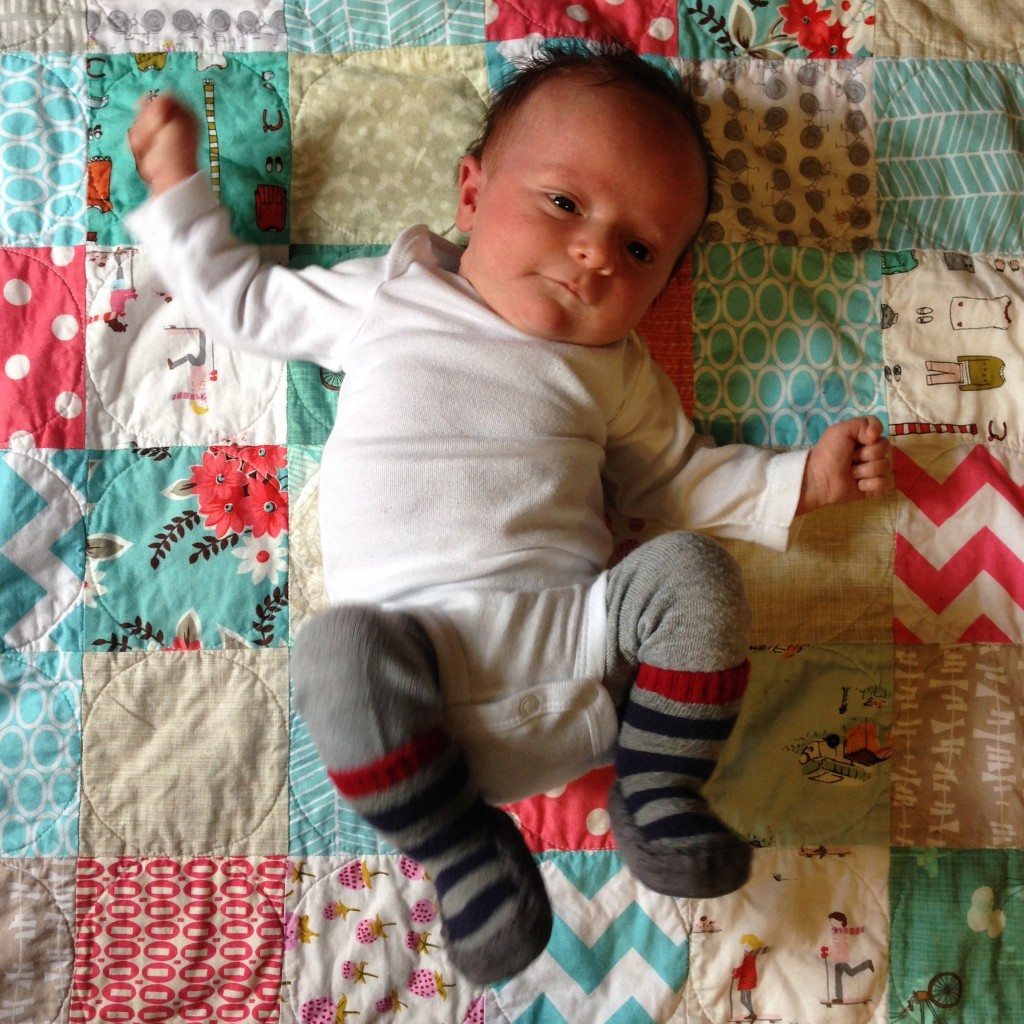 she’s a swing sleeper. just like anna. and i don’t care. we can break her of the swing when we are more rested. and haven’t just had a baby. 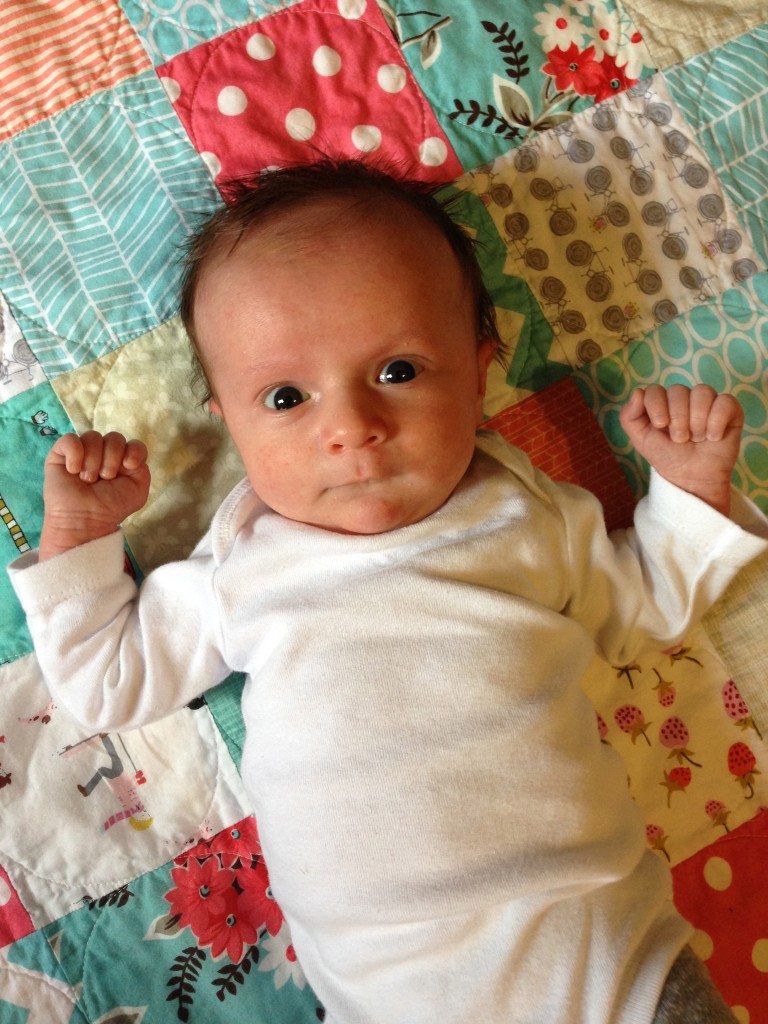 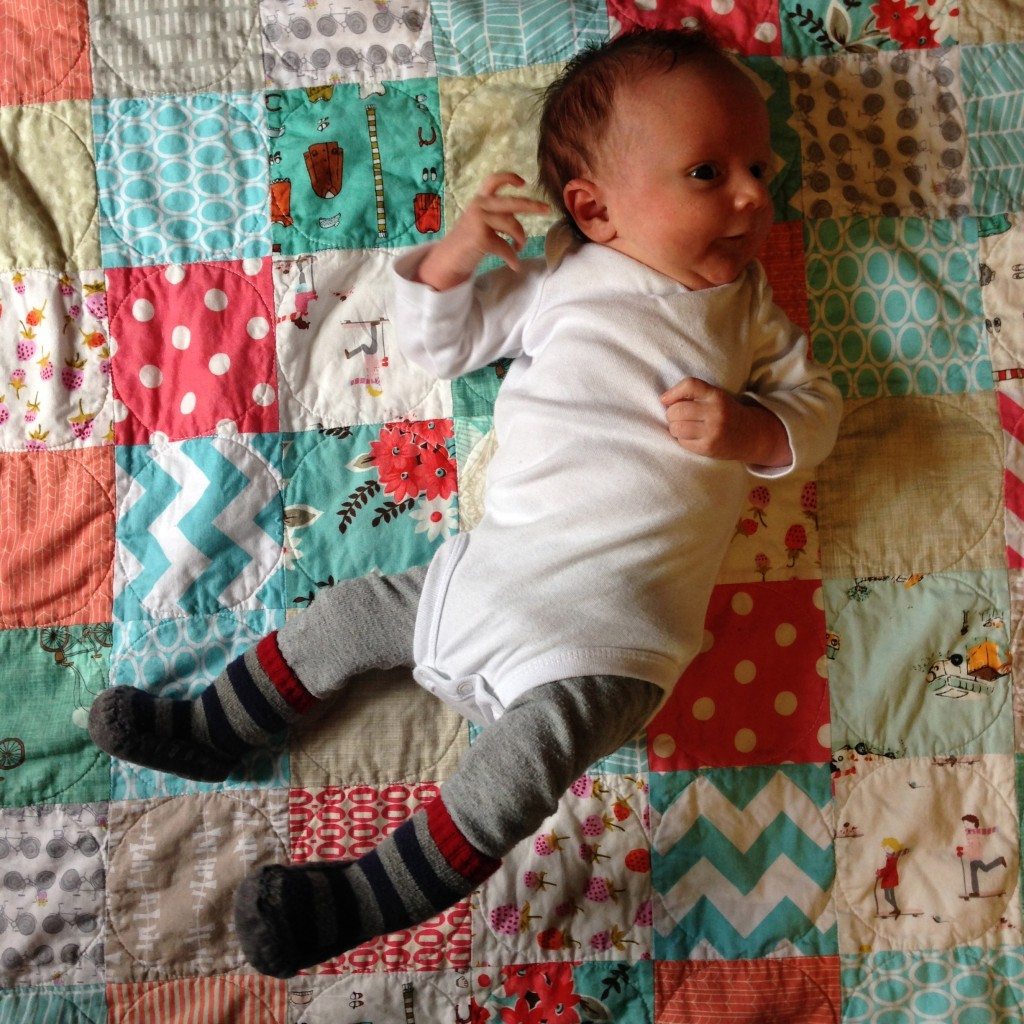 and that’s the one month update for sweet baby hazel. 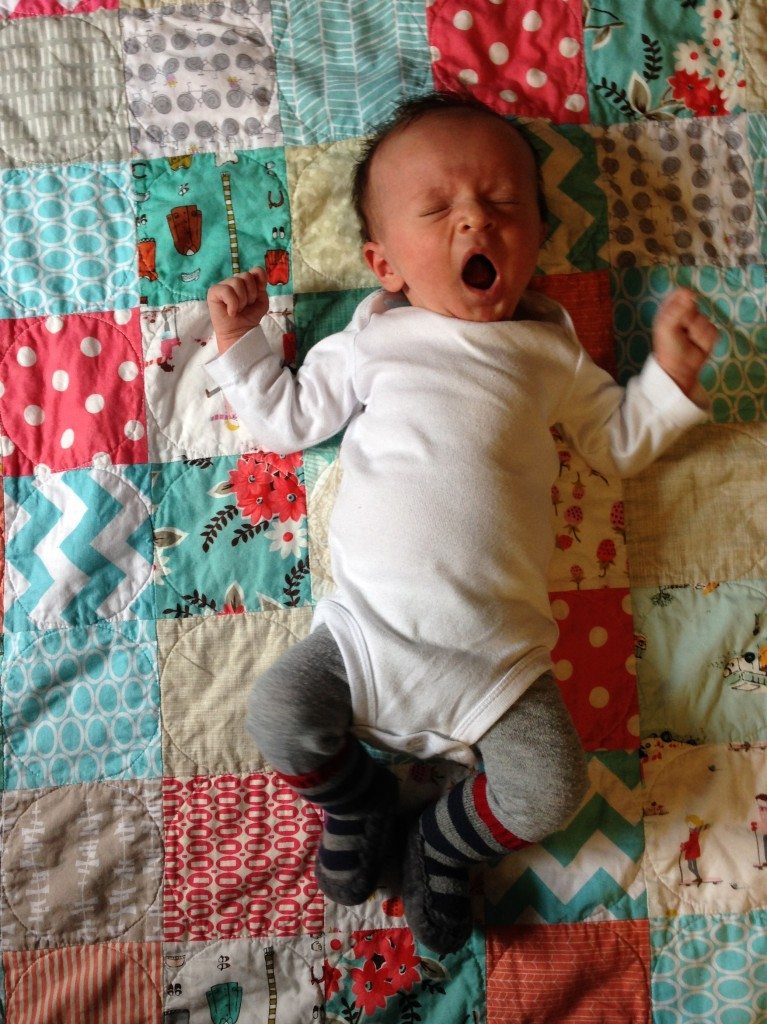 One Reply to “one month.”