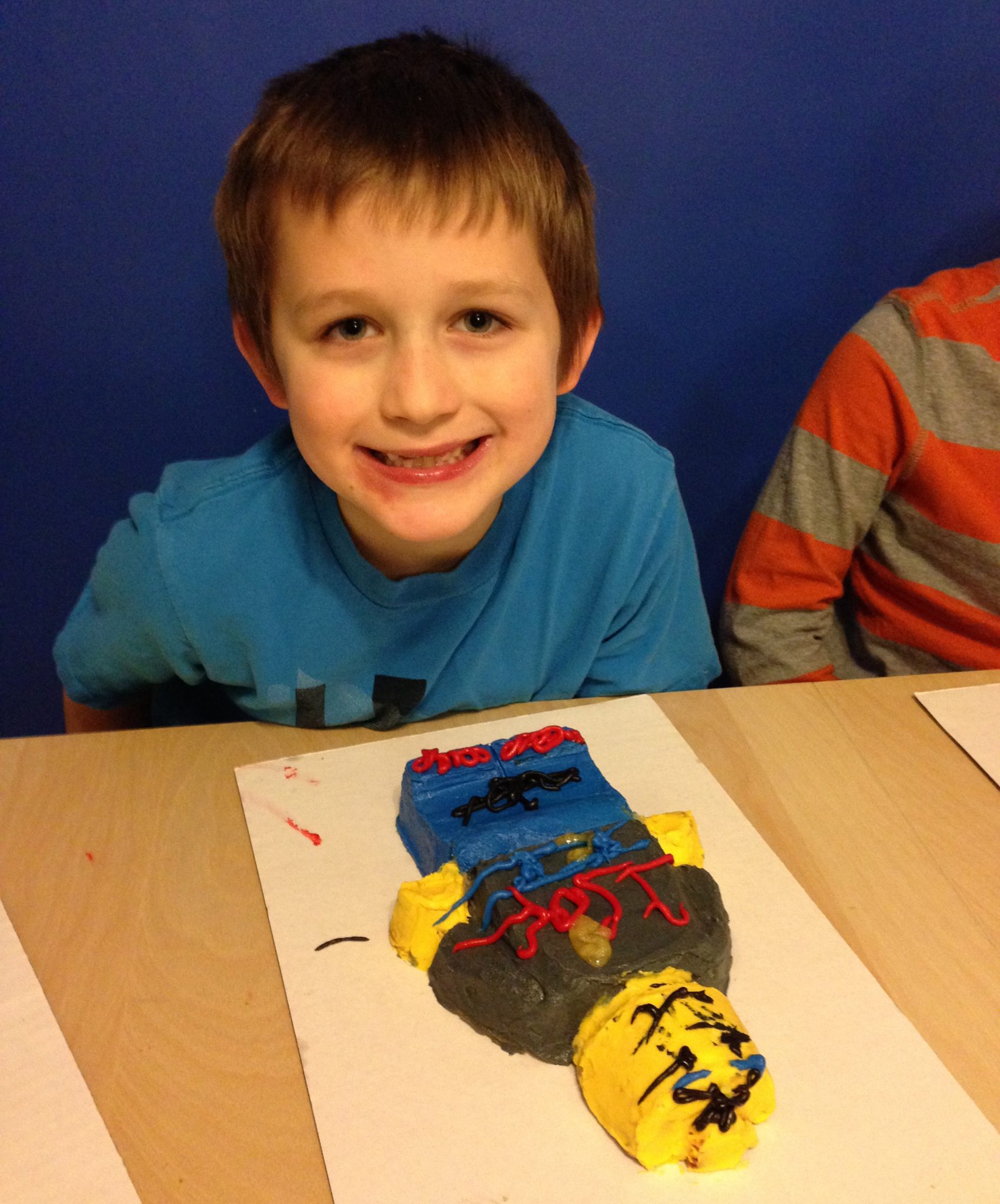 for some reason, i thought it would be a good idea to have a birthday party in our home. with a newborn. with six boys. ages 6 and 7. and make individual cakes for the kids to decorate. i’m obviously not thinking clearly in my sleep deprived state.

here’s how it went.

earlier this week, i started the process of making six lego man cakes. i contemplated making an extra in case of breakage, but was pretty tired of the process after six and called it quits. 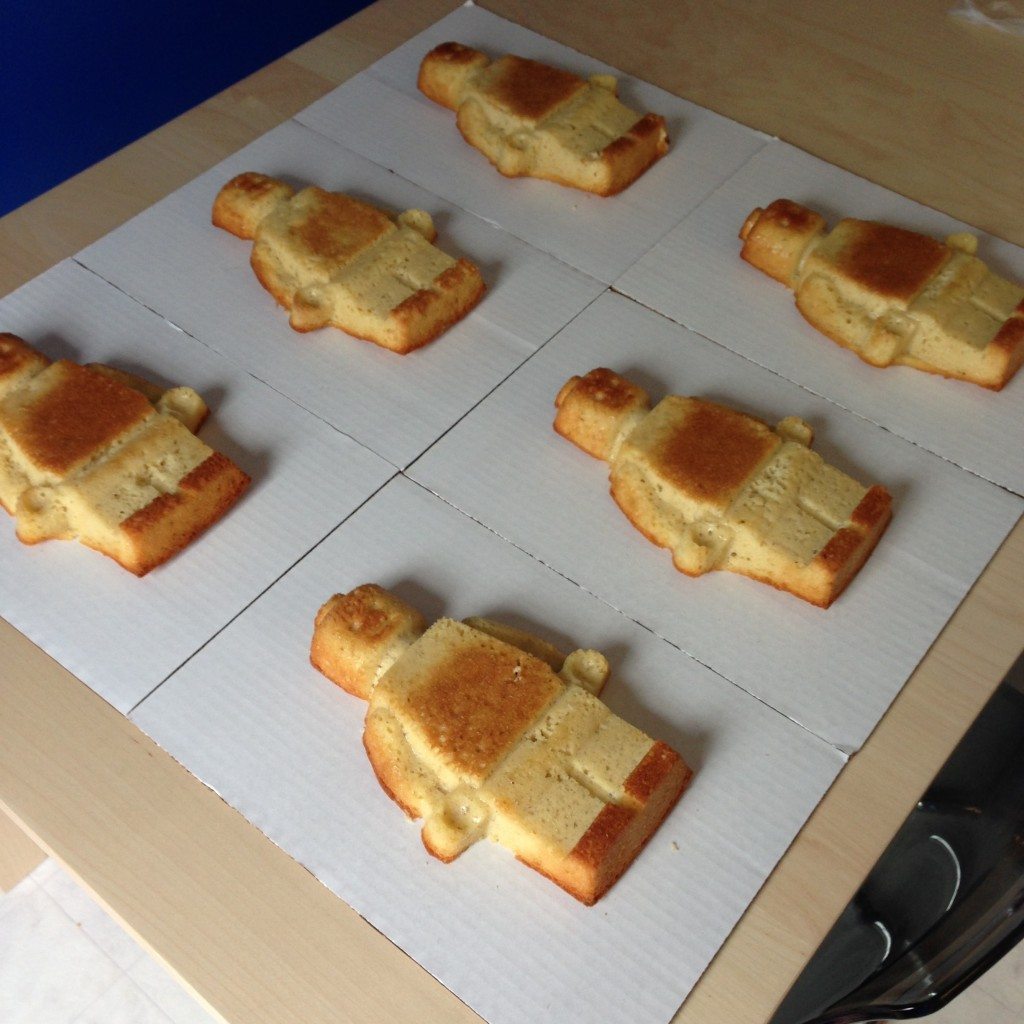 yesterday morning, while isaac was at another birthday party with derek and gramma came over to help with the girls, i got to work frosting the lego men. which was not fun at all. and then, suddenly tragedy struck. while twisting and turning one of the cakes, so i could get yellow frosting shoved into the neck area, i fumbled and the cake crashed to the floor. i wanted to cry. 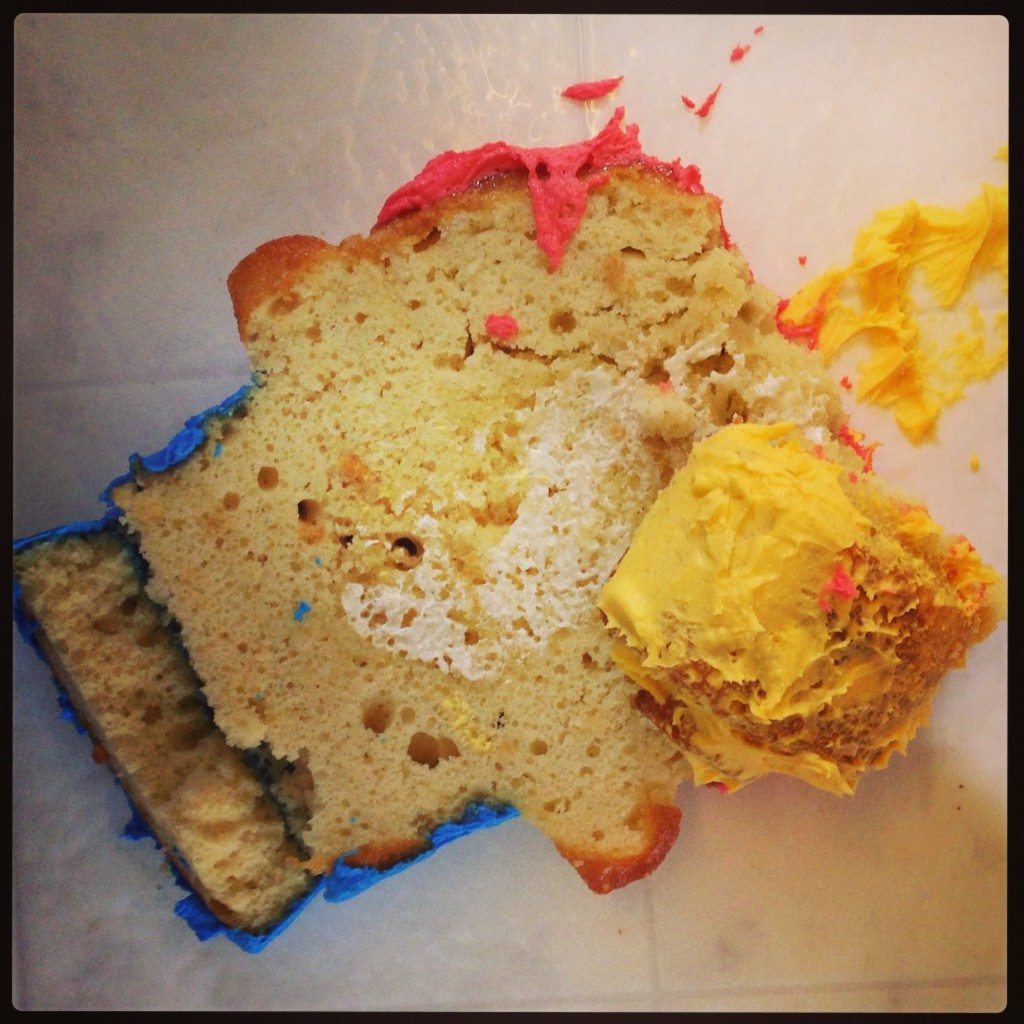 thankfully, derek’s dad ran to the store and picked up another box of cake mix and i quickly whipped up one more (last) lego man. and completed the frosting task. after the “incident”, my quality control standards were lowered and things went much faster. 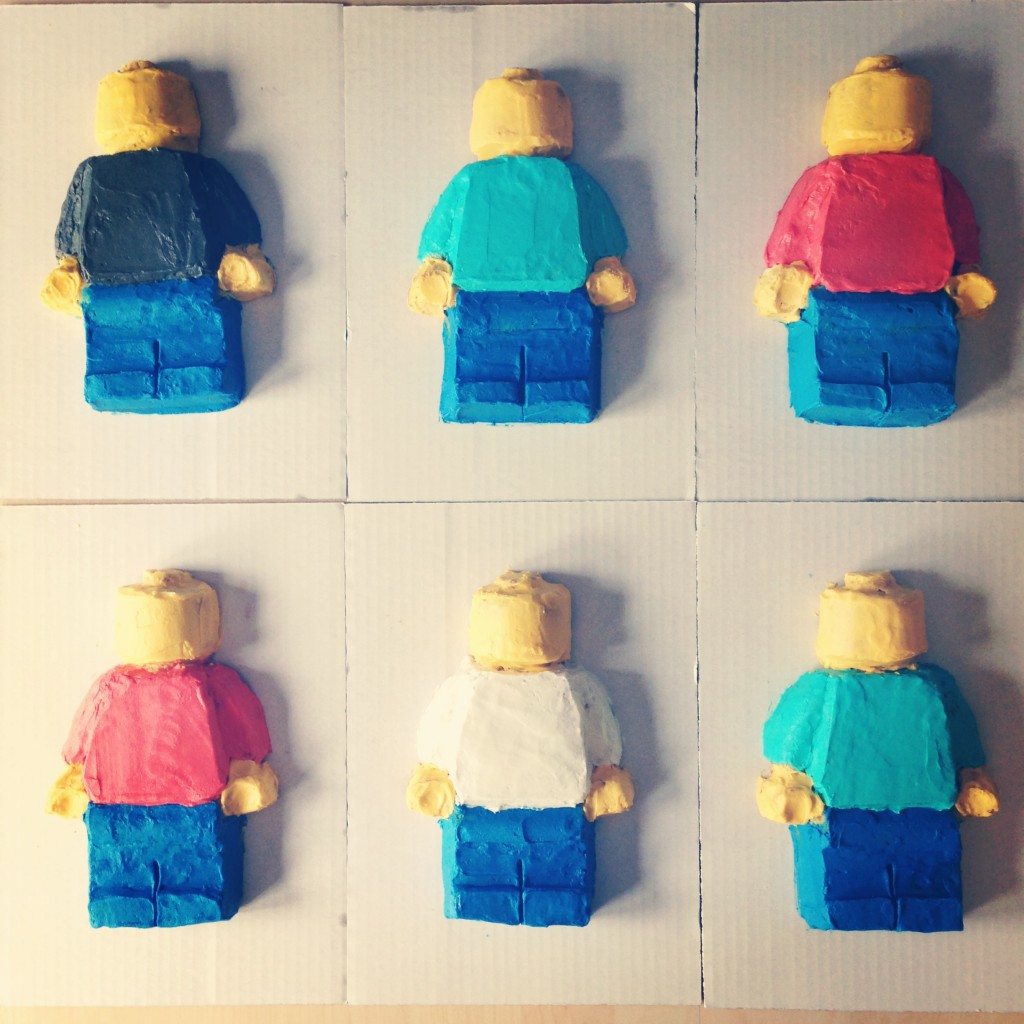 our decor was minimum for the party. if not for this lego head hanging from our porch, there would be nothing. i don’t think the boys cared. or even noticed. 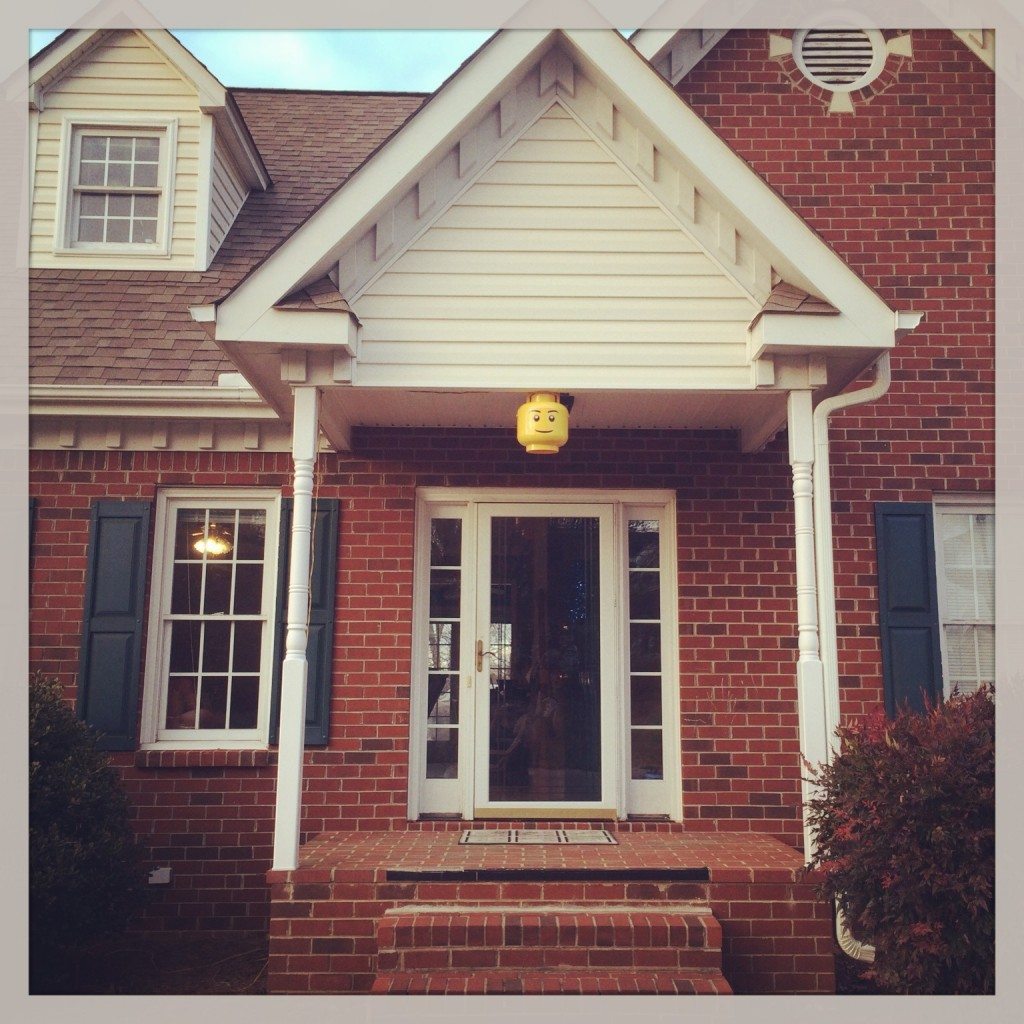 by 530 or so, all of the guests had arrived and lego mania ensued. they graciously stopped and posed for this picture for me. 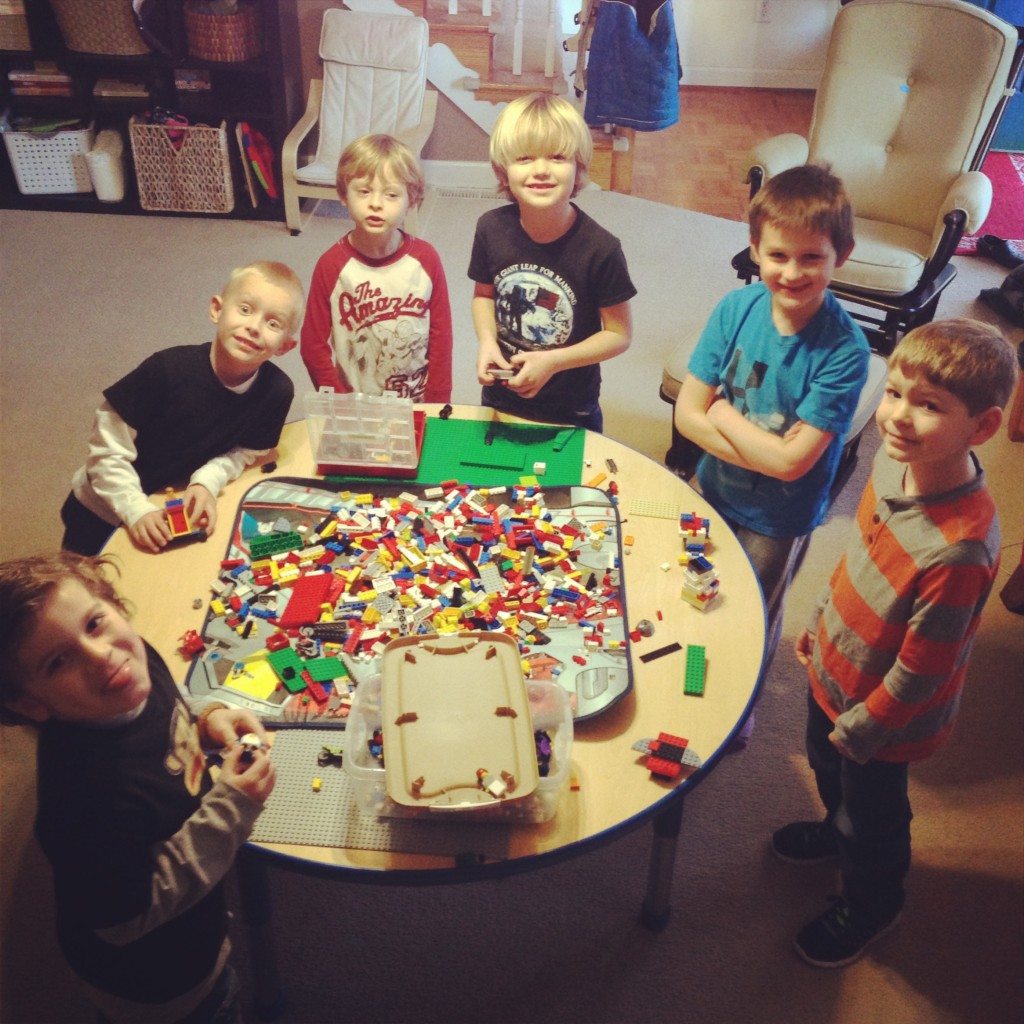 after a quick dinner of standard kid fare, the cakes were rolled out.
the before pic: 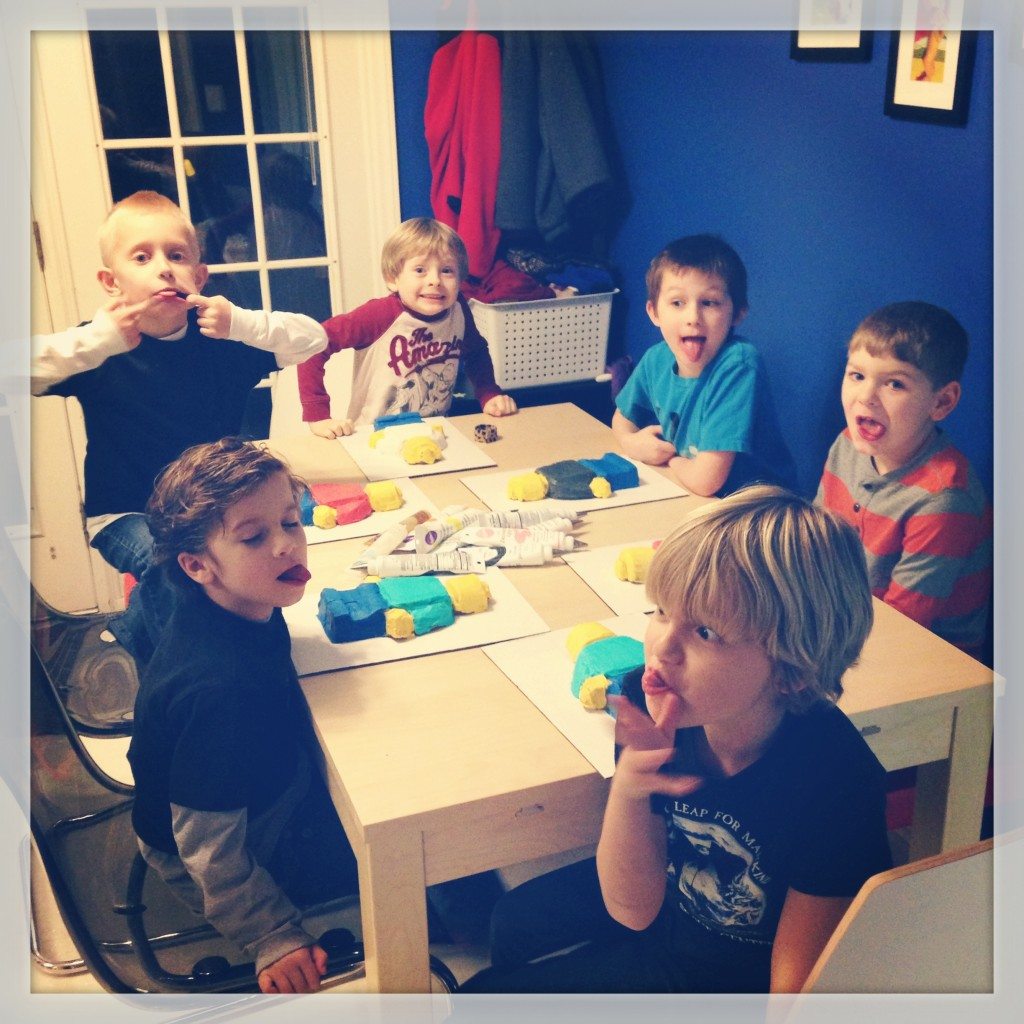 all of the cake bosses hard at work: 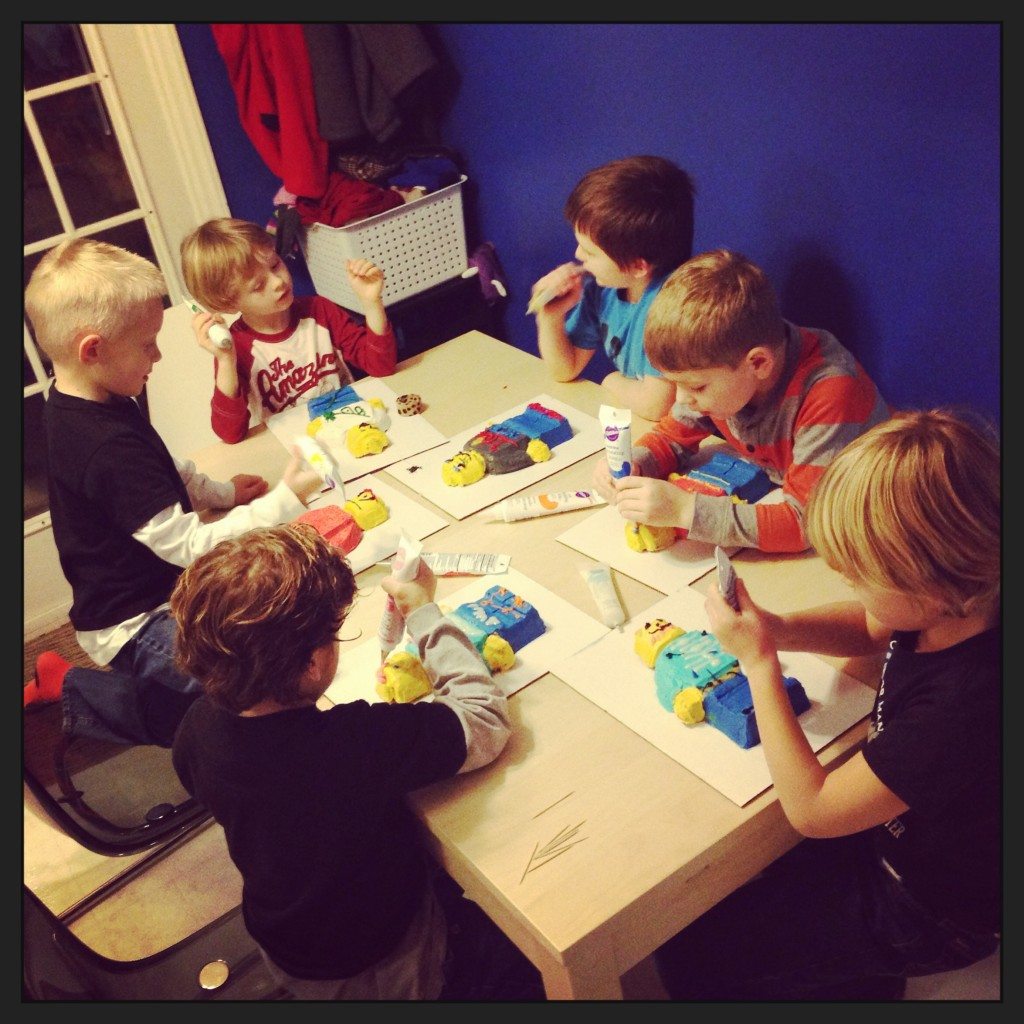 william and his creation: 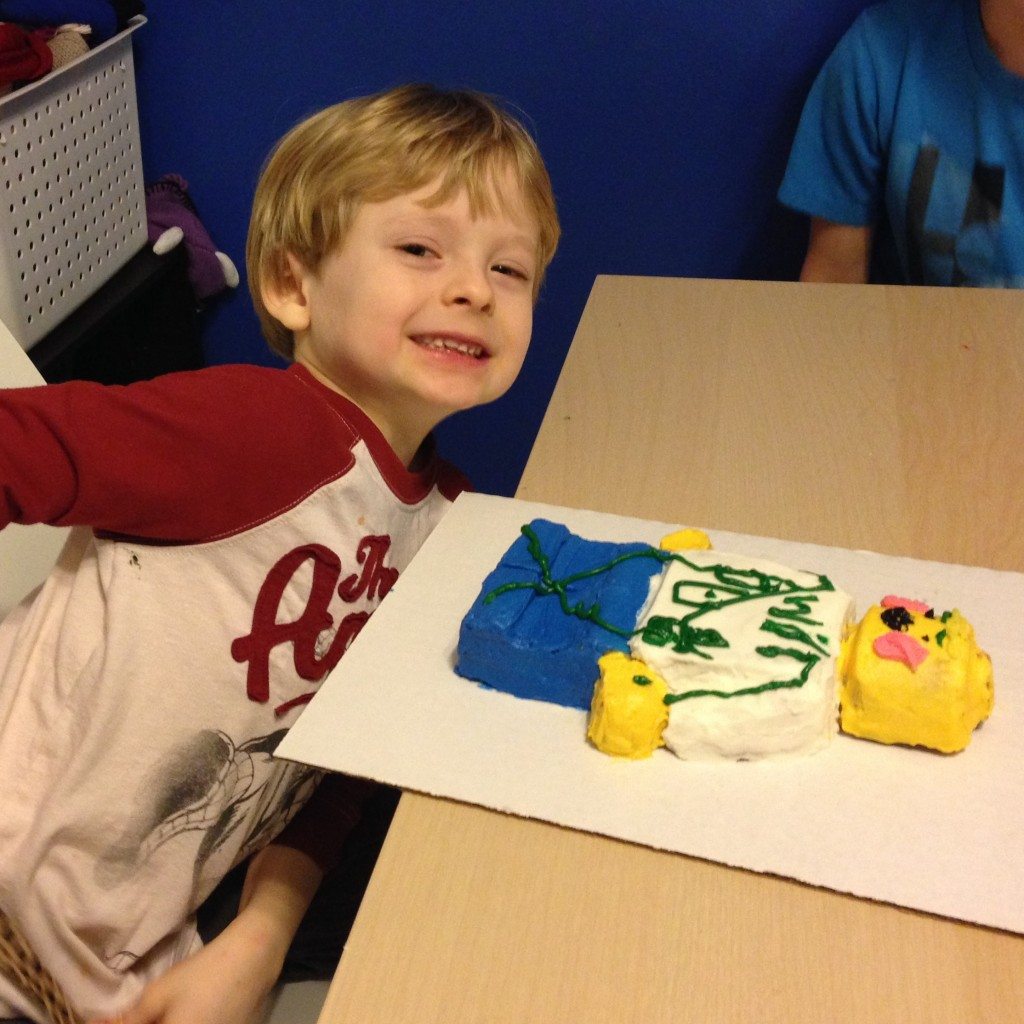 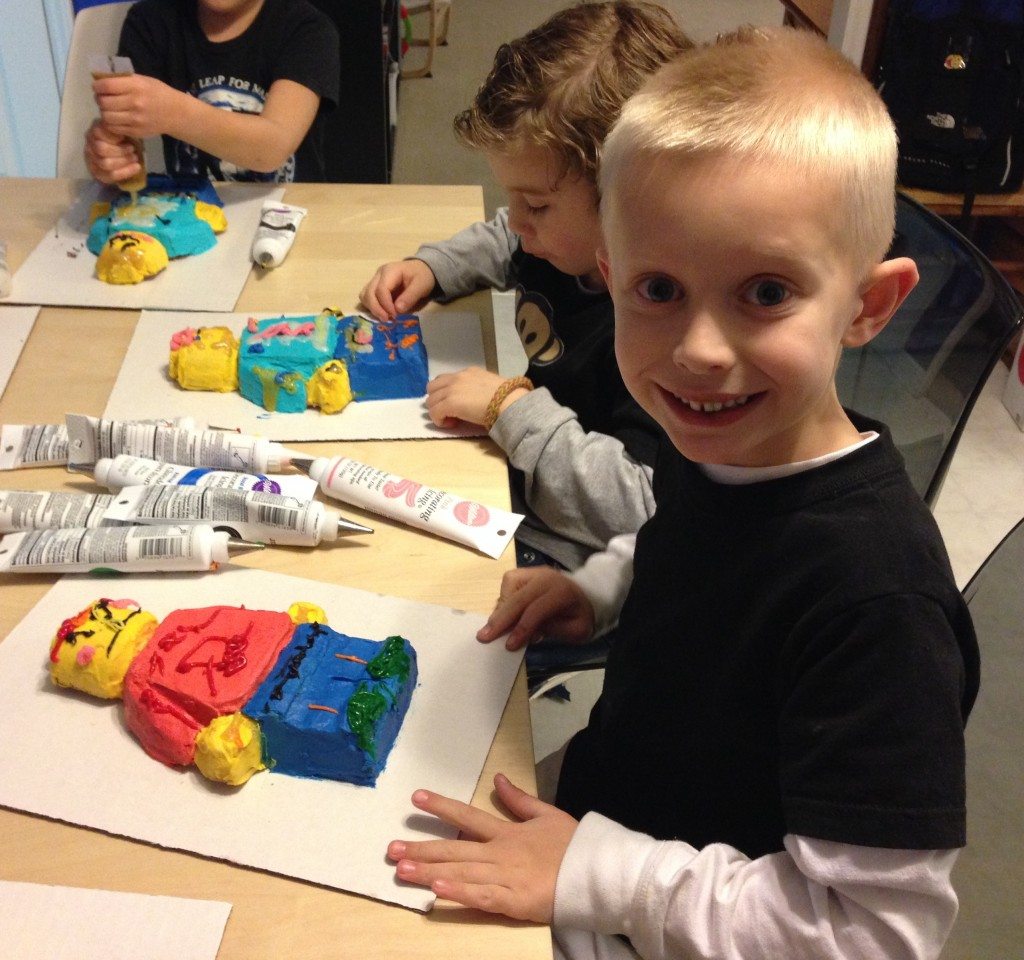 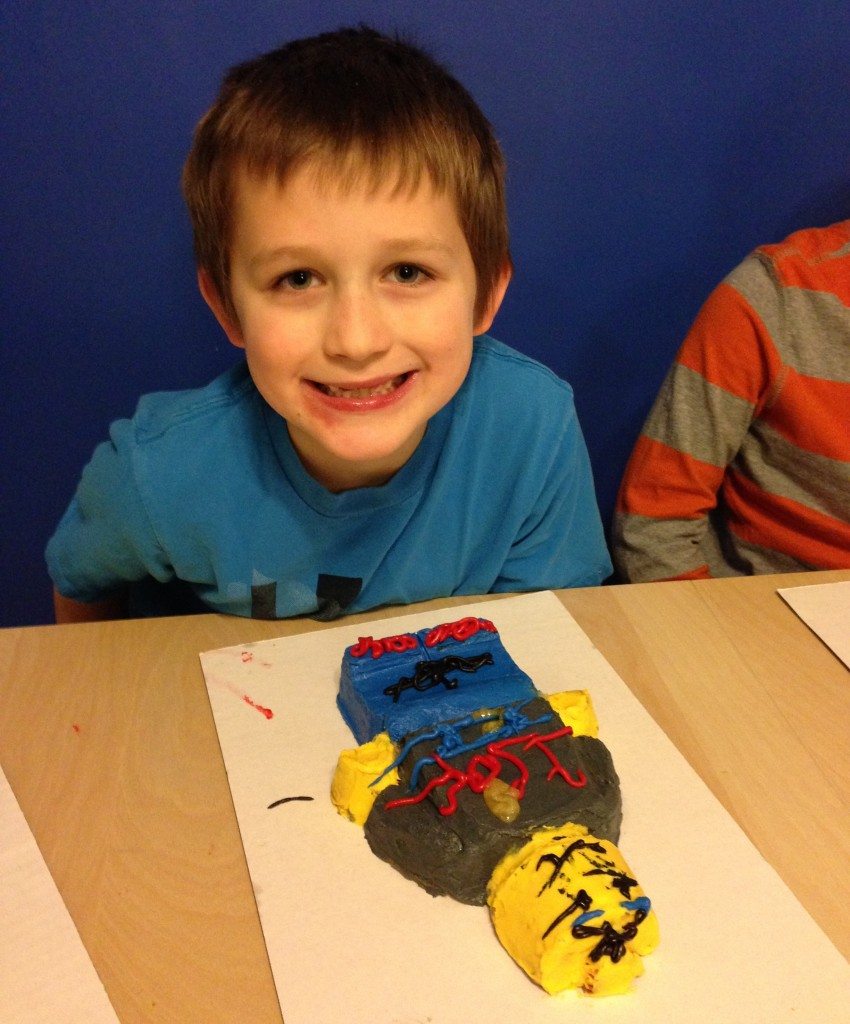 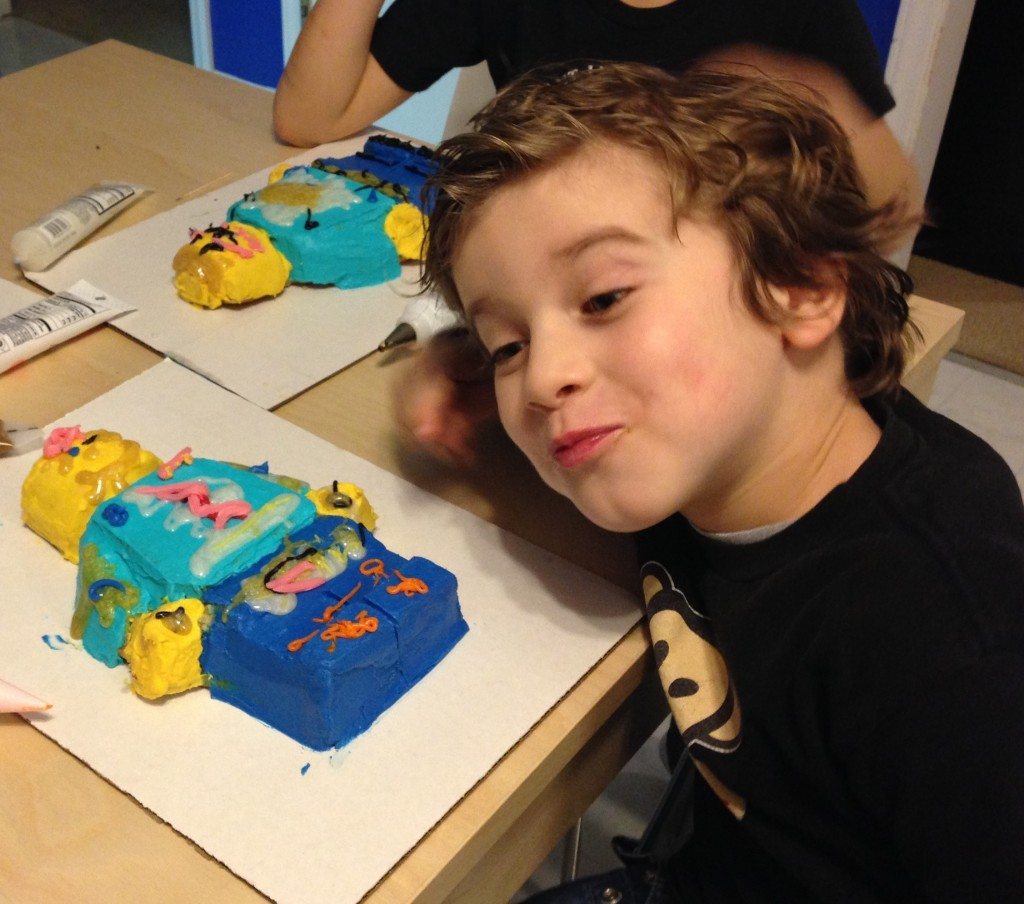 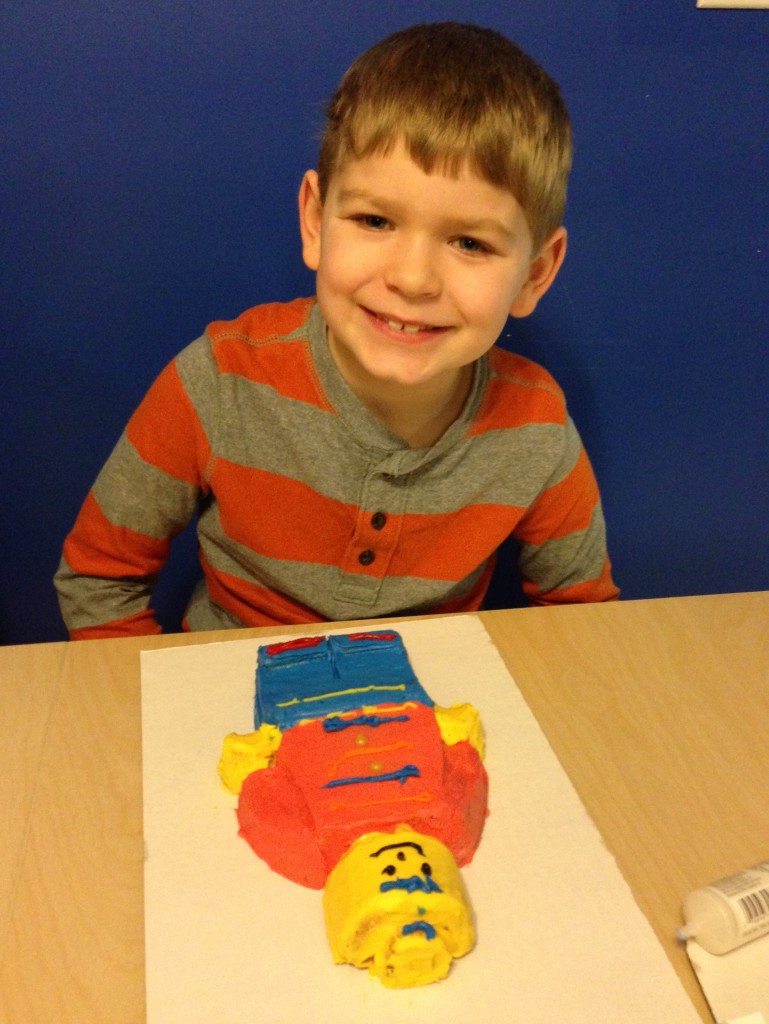 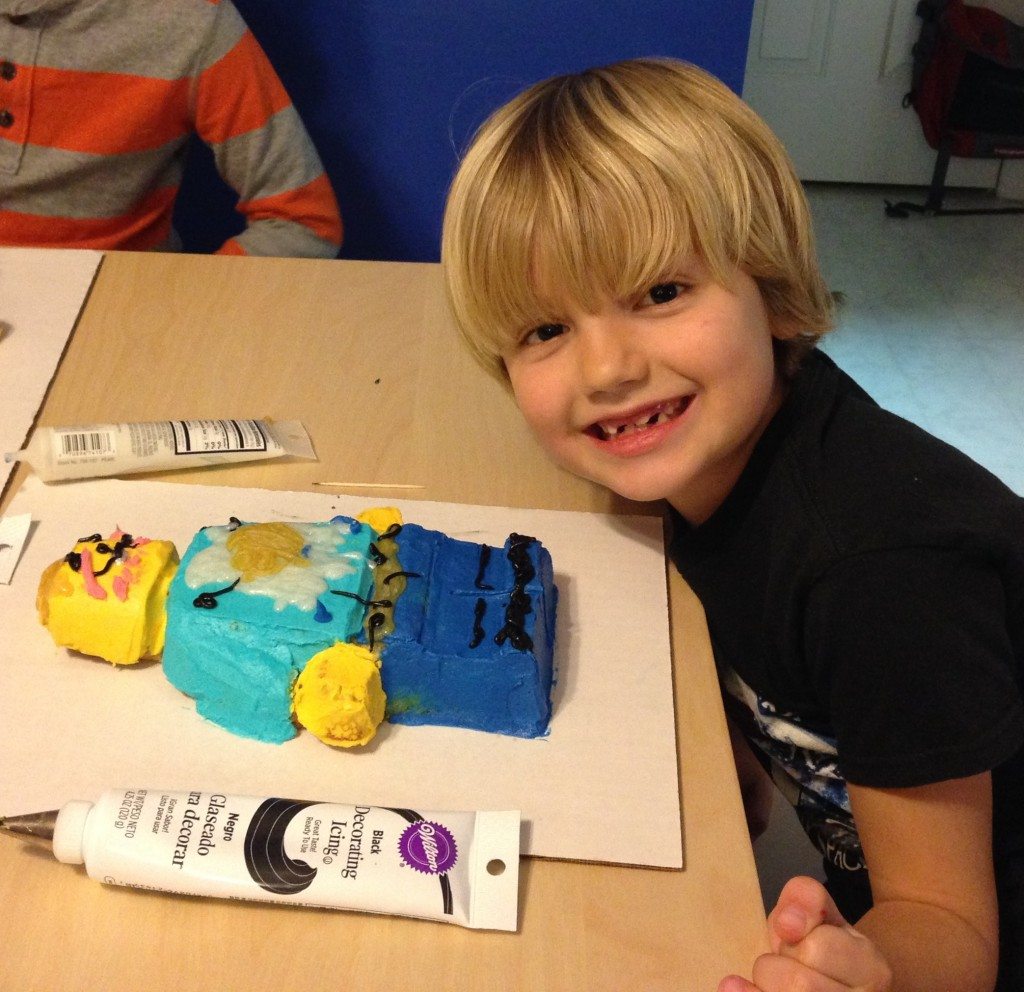 then, we shoved some lego candles into isaac’s guy. which was a little weird. 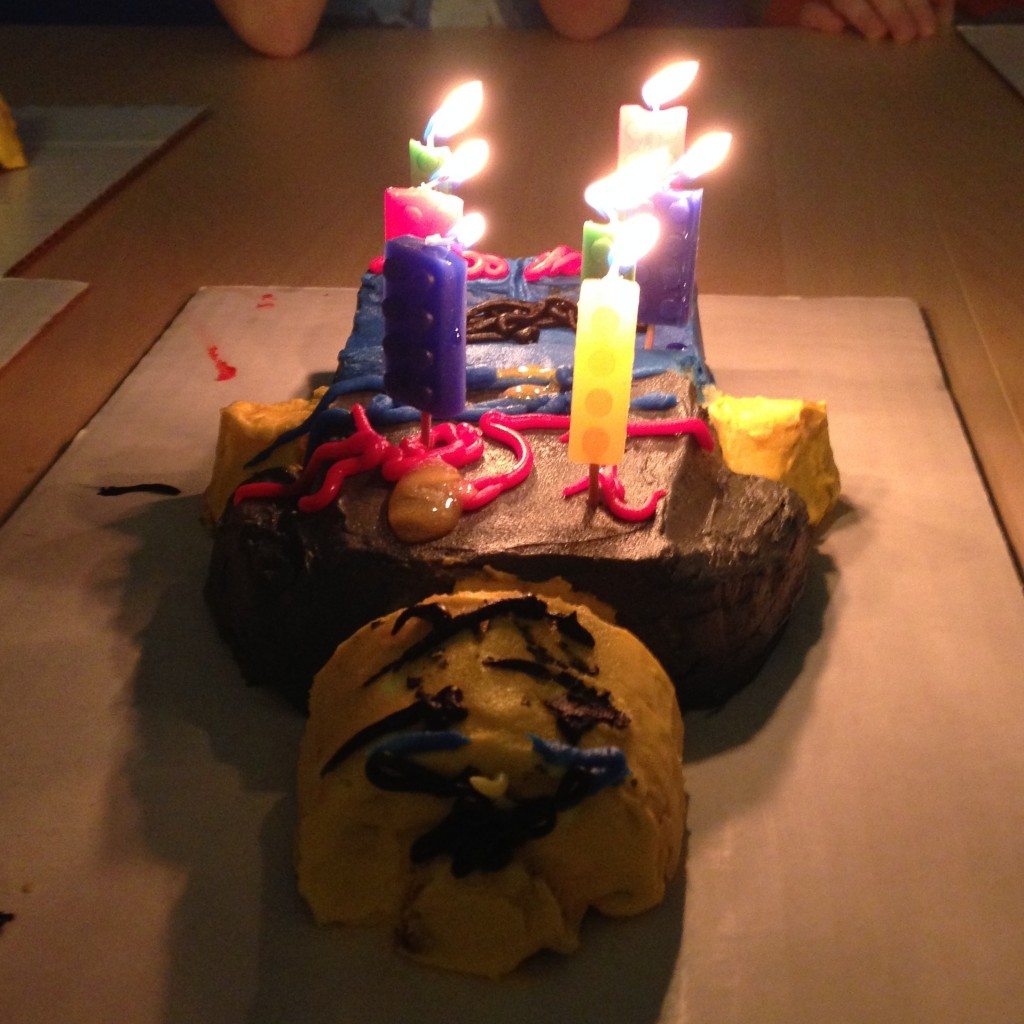 and sang happy birthday. and ate a bunch of cake. or mostly, frosting. 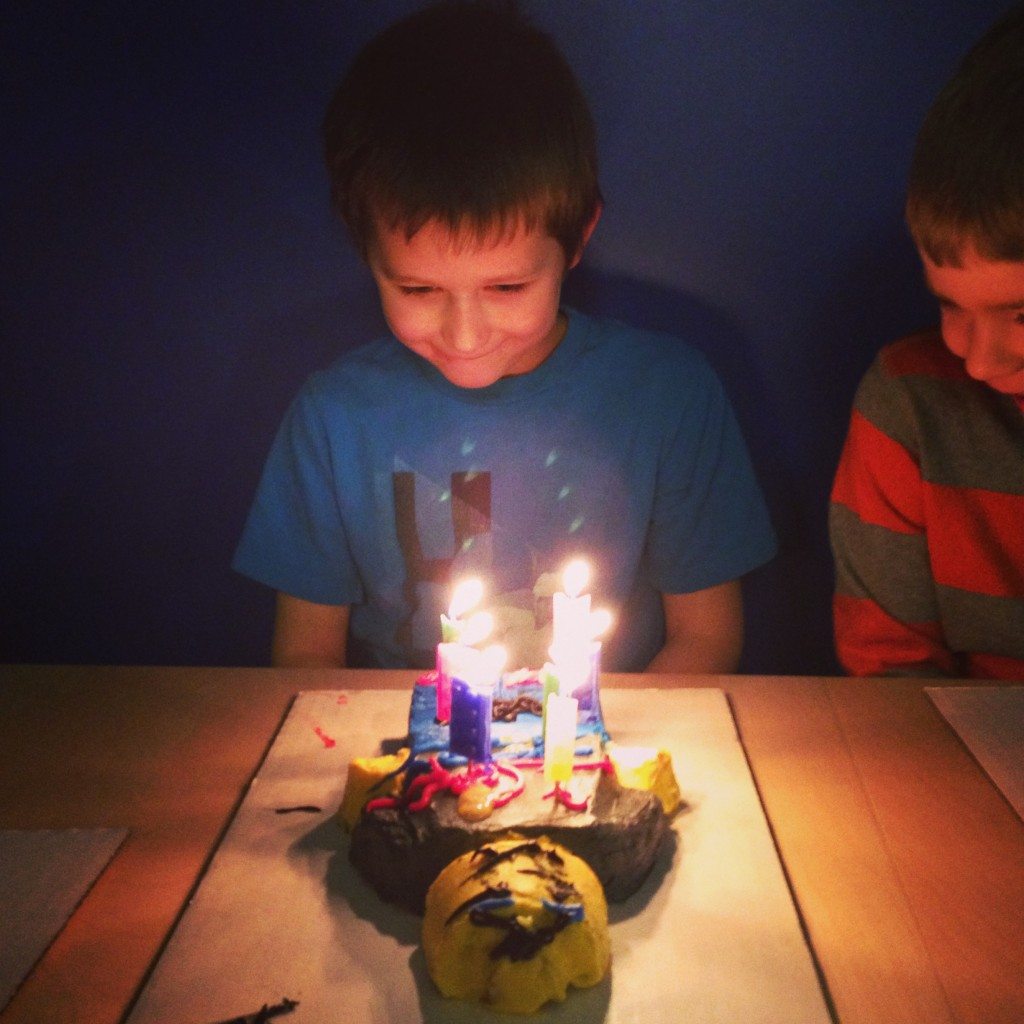 then presents. (mostly legos).
then party favors. (lego men and candy).
then playing. (with legos).

and then. it was over.
and i swore i would never do it again.
i think i said the same thing last year.