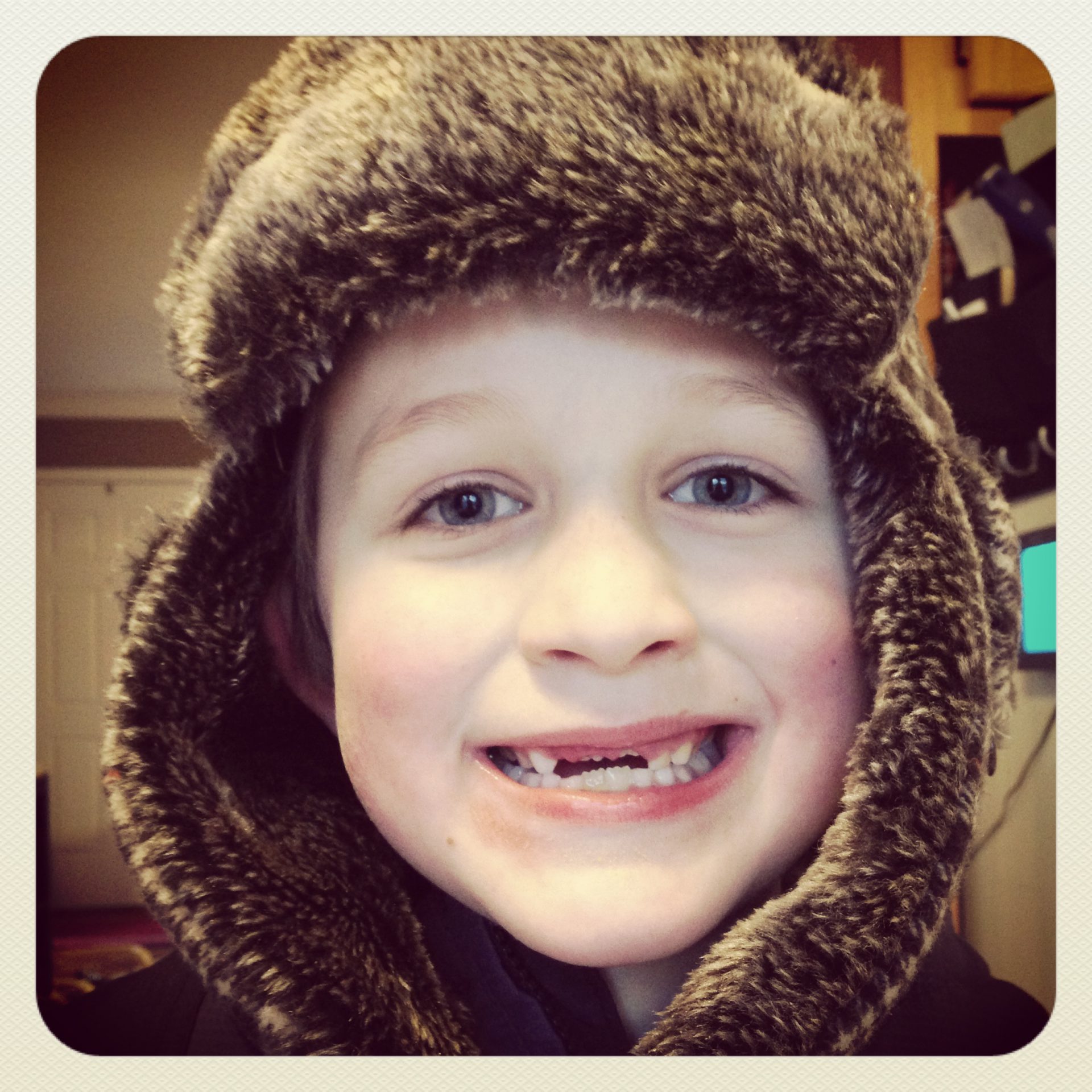 before i committed to making lego man cakes for a group of small children, i did a trial run, to see if i could handle the task.

the frosted version. frosting was tedious, but i was pretty sure i could handle it on a smallish scale. so long as i didn’t drop any… 🙂

i came in one evening to find the older two doting on hazel. they informed me they were babysitting her. they love to cover her up, overload her with toys, talk in super high pitched voices at her, and put her pacifier in repeatedly.

shhhhh. the baby is sleeping.

on wednesday, isaac lost a front tooth. it had been gray and dangly for awhile. i was ready to pull it in his sleep. then he was left with this jack-o-lantern smile.

while the older two played downstairs, and hazel slept, i decided to sort my overflowing bin of fabric scraps. i had to move approximately seven lego structures to make room for this project.

we had a visit from these friends, who wanted to meet hazel. before she was born, the fellow on the far left suggested we name her “loveball”…

on thursday, the lone jack-o-lantern tooth came free, making this kid toothless and lispy, just in time for his seventh birthday.