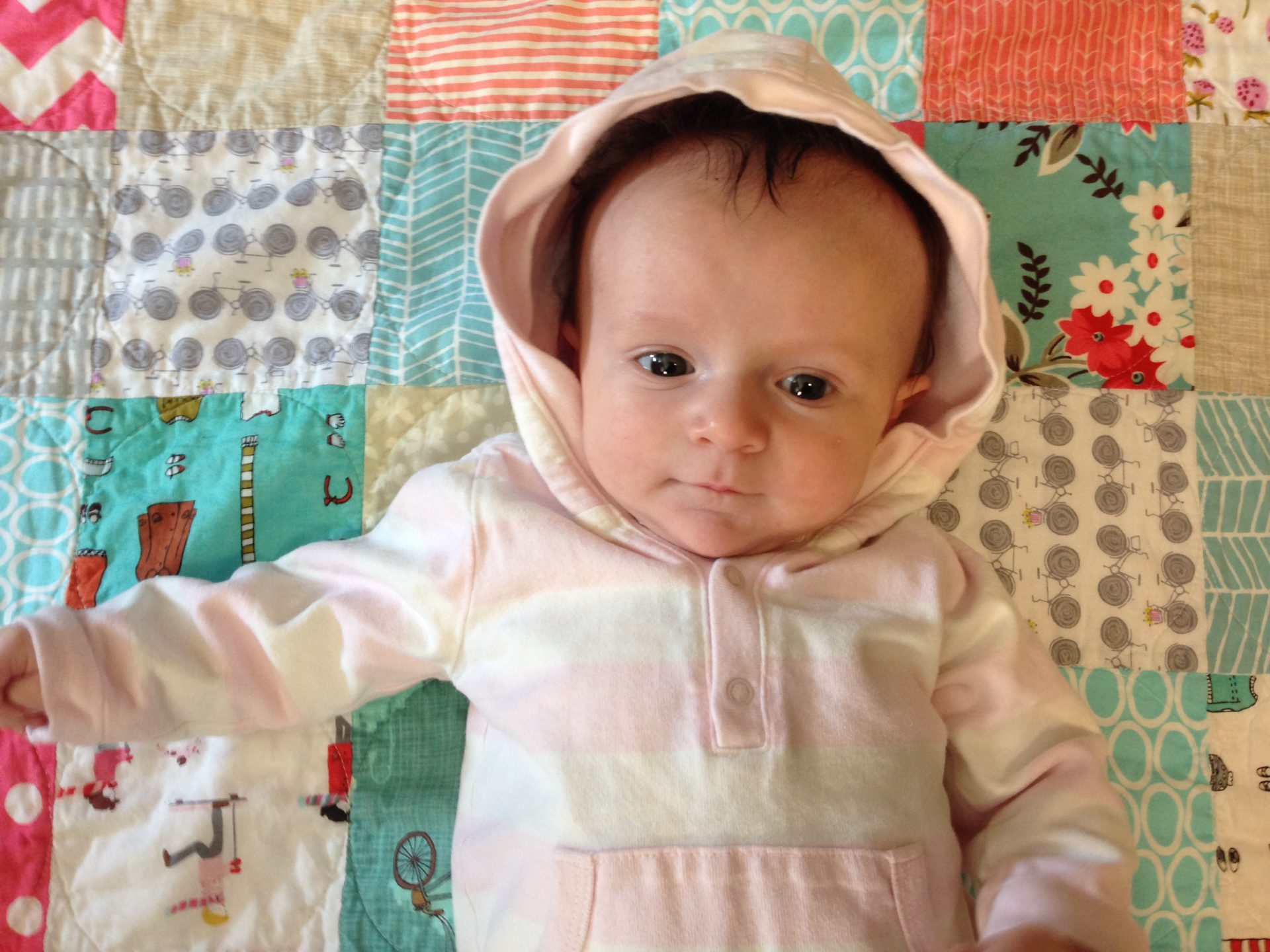 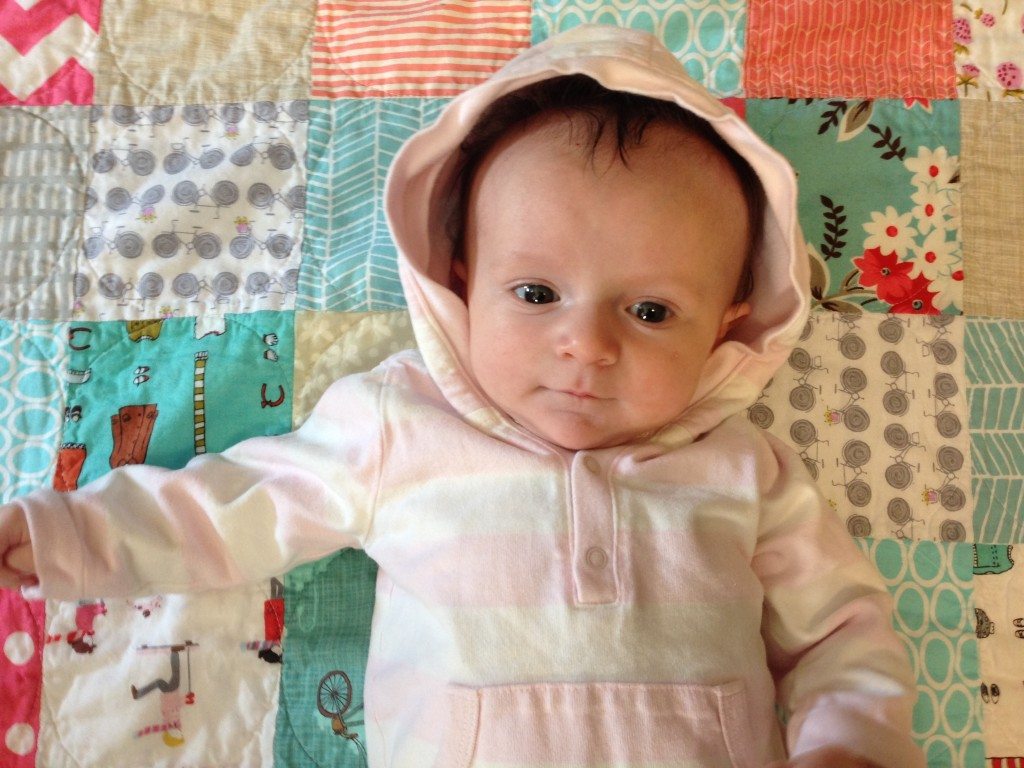 for her two month birthday gift, we went to the doctor on friday for a checkup and shots.
she’s now a whopping 22.5″ long (which seemed a little suspect since she was super wiggly and pretty much sideways when they marked it on the paper). anyhow. that’s the 55th percentile according to my handy dandy baby app. and she’s 10 lbs 9 oz, which is the 34th percentile. and. once again, i have no idea what her head measurement was. i just know that when he showed it to me on the growth chart, it was way off the top. big head hazel. 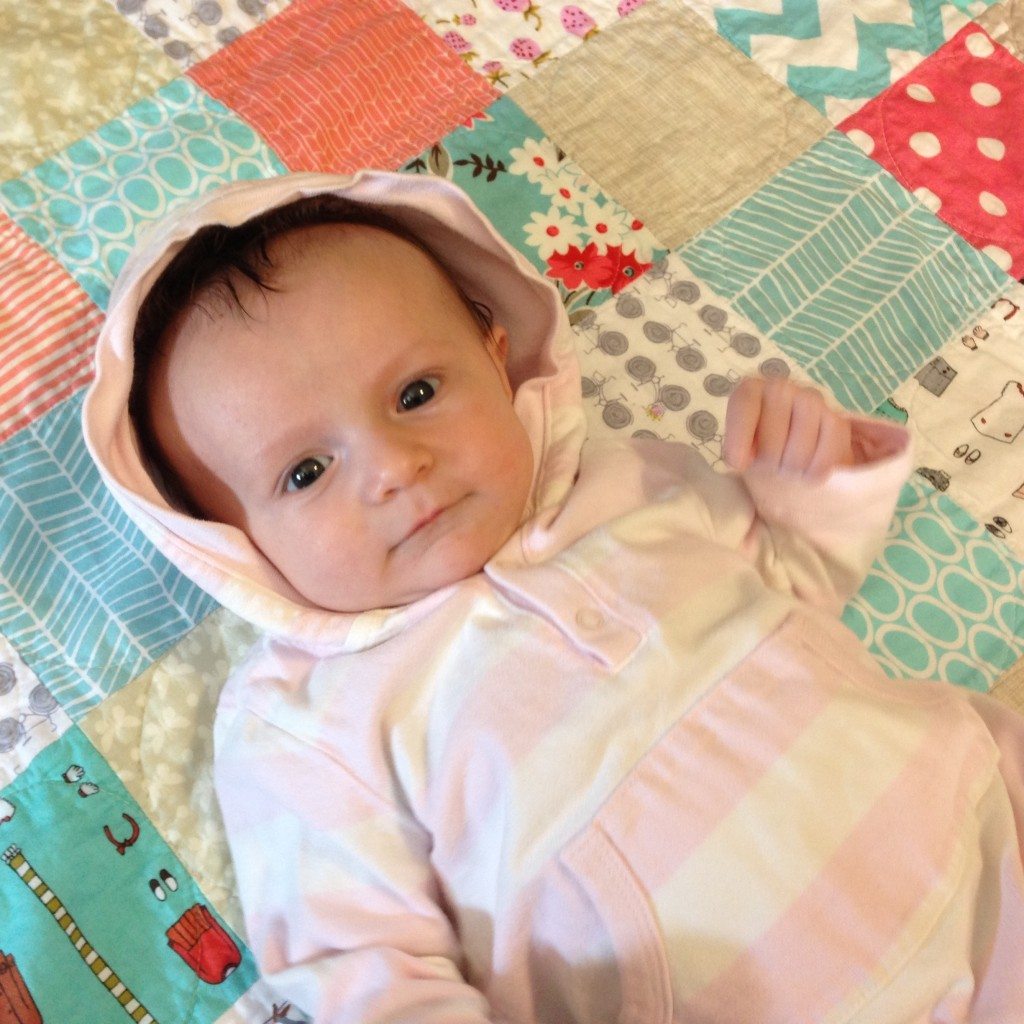 after all of the weighing and measuring and checking upping, the nurses came in with an arsenal of shots. and shoved them into hazel’s little thighs. she cried for a few minutes. and then had a terrible weekend. but, we seem to be back to normal now.

she’s not doing too many good baby tricks yet. smiling. cooing. tracking me wherever i go. rolling over. batting at things with her hands and feet. she wants to suck her thumb pretty badly, but it’s still tucked under her fingers and that doesn’t seem to work.

in the possible TMI category, i’ve stopped pumping and we’re now feeding hazel half formula and half breast milk, until the stockpile runs out. it was a little tough on her digestive system at first (and i suspect that about 9 ounces of her weight at her weigh in was poop). but things seem to have gotten all caught up now.

anyhoooo…
that’s it for the hazel update.