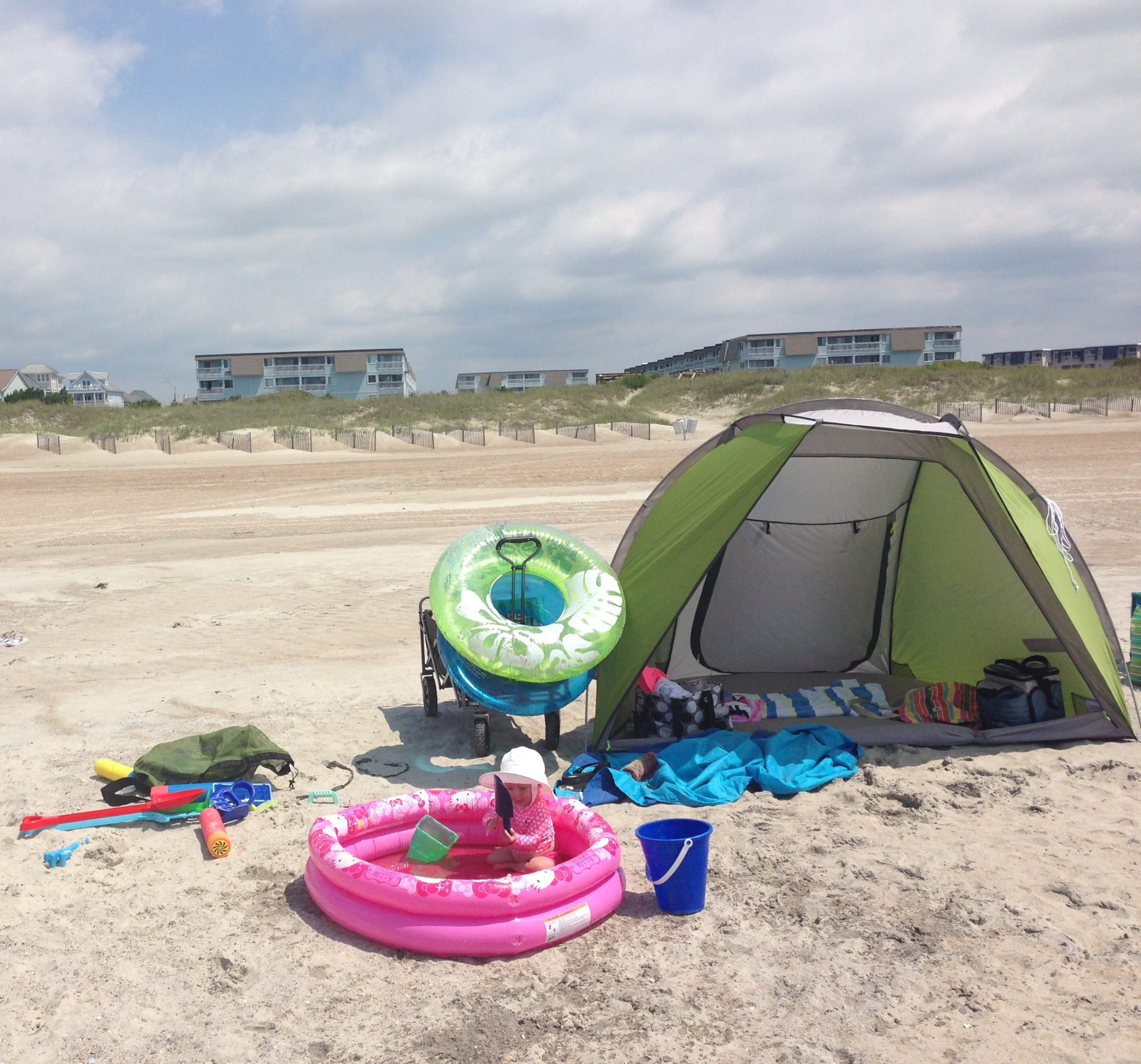 a few months ago, my friend lorena invited me to the beach. her husband would be out of town and he was sending her and some of her friends and kids to the beach. there were eight moms. and eighteen kids in all. and no dads were allowed.

so, last saturday, we packed up and headed out. we rode with another friend and her kiddos. there were many bathroom breaks. the small bladders were quite ridiculous. but, we made it. atlantic beach. we dropped all of our stuff down and headed to the water.

hazel was definitely a fan. (another mom friend, stephanie, did that to her hair while i was unloading the car). 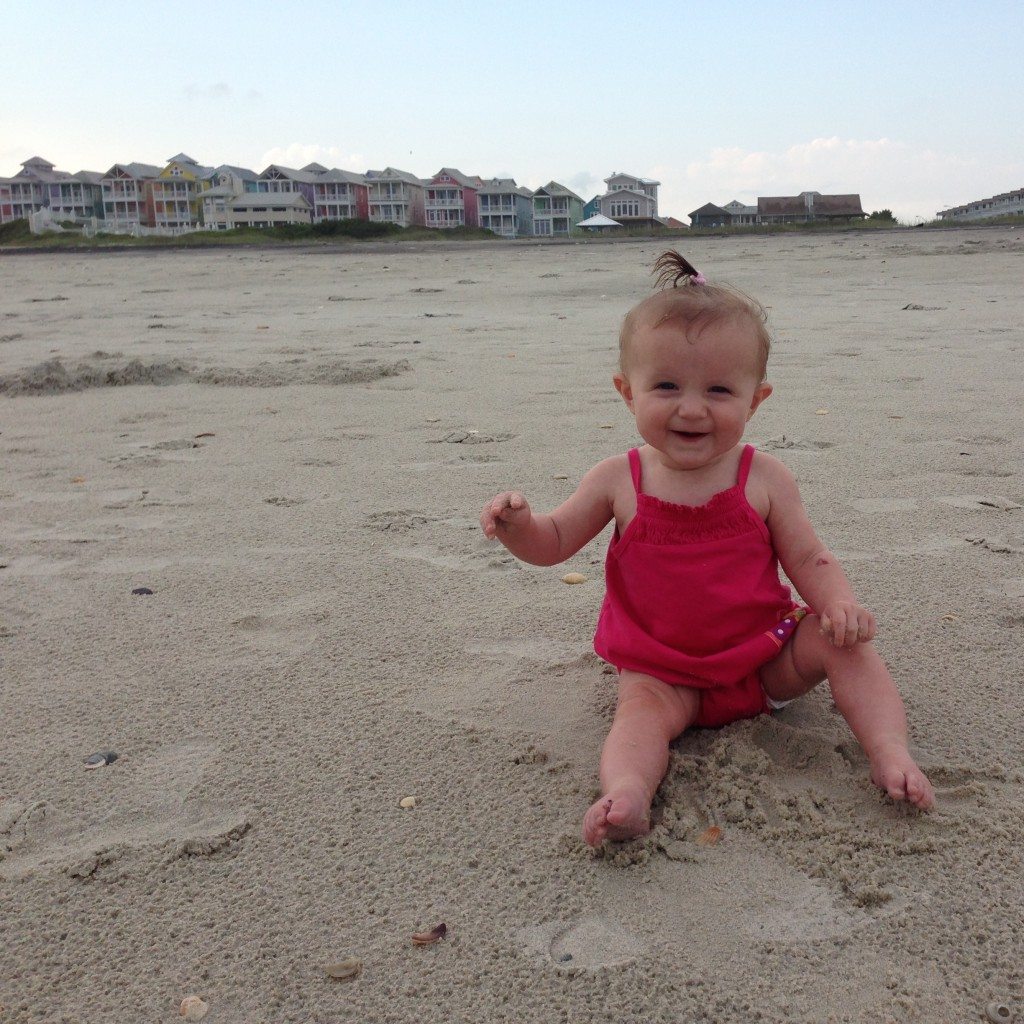 she ate so much sand. while my other two frolicked in the waves. in their clothes. because i thought we would just go dip our toes in the water. 🙂 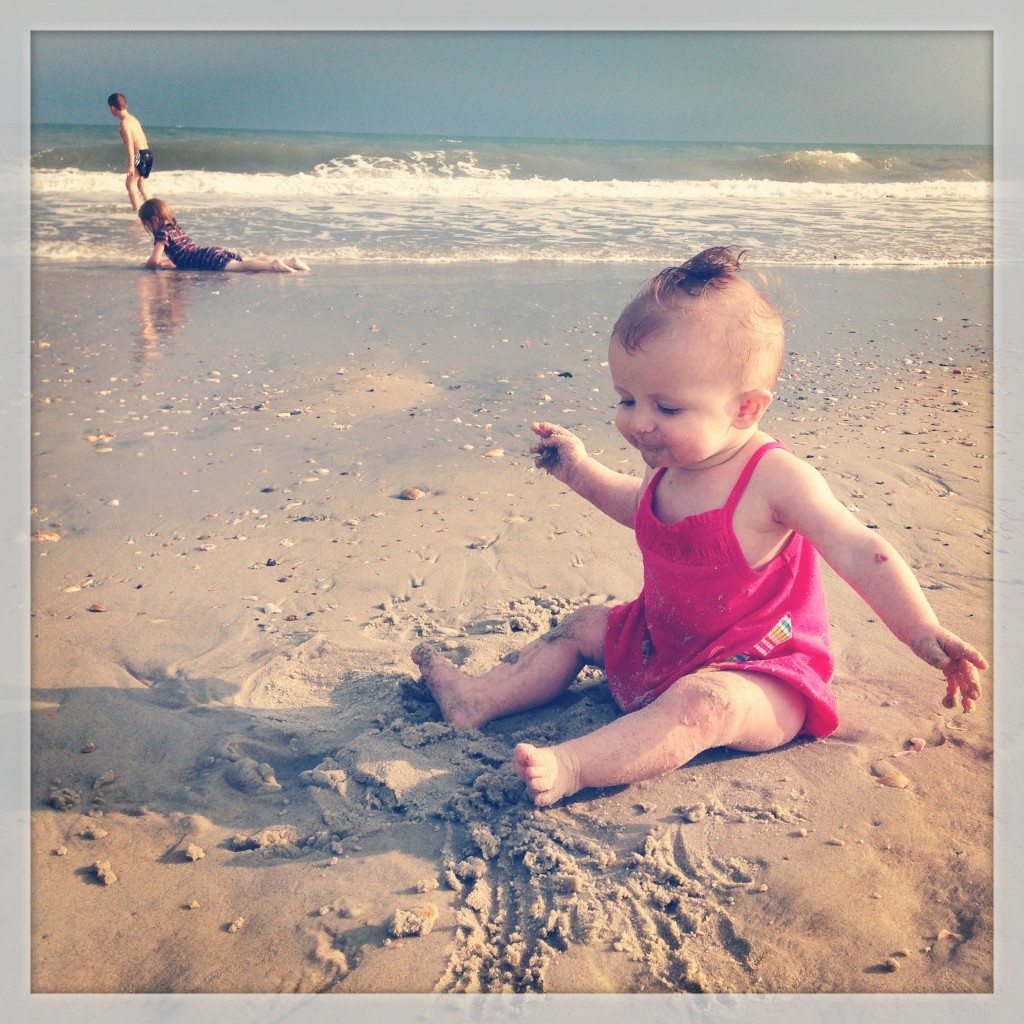 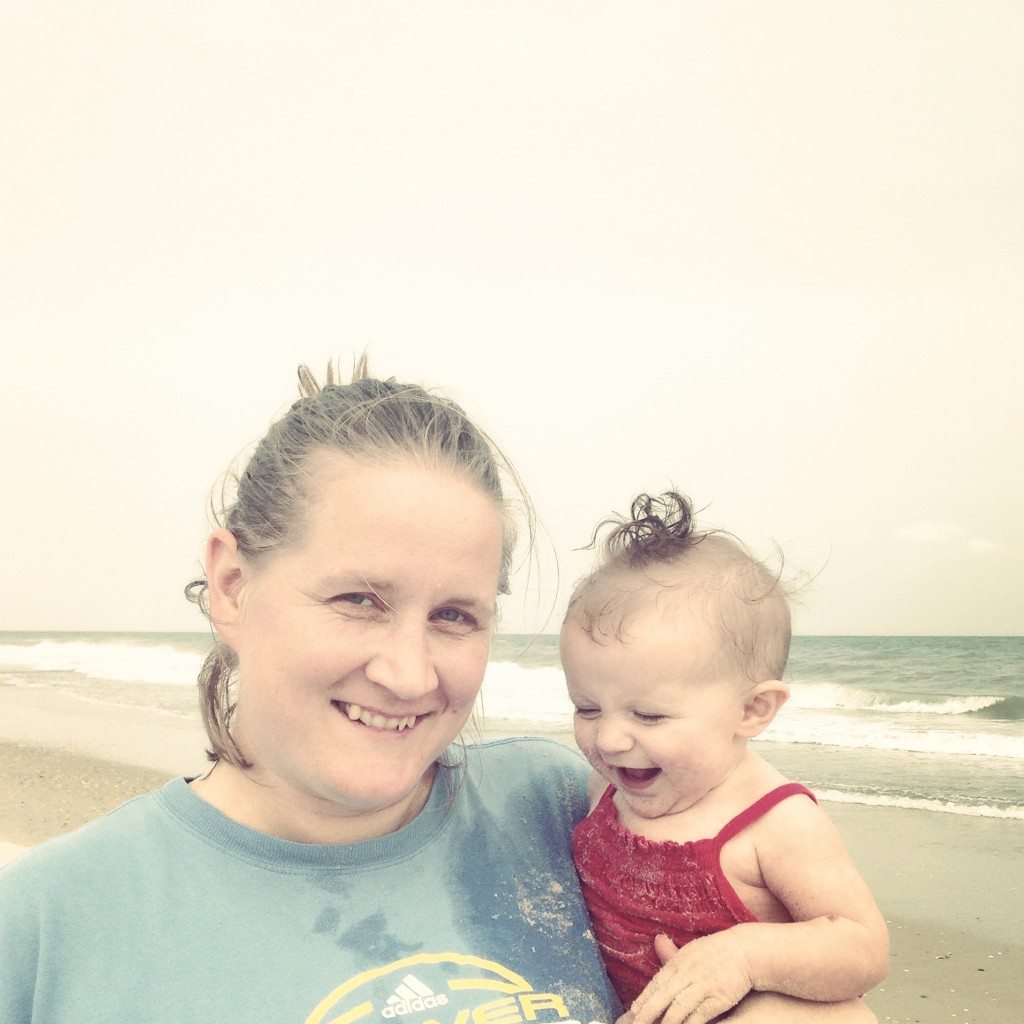 it started to get a bit chilly, so we headed in to unpack and settle in and rest up for our big beach week. the next morning obviously called for breakfast on the deck. except only anna stuck it out. this was our view from the condo for the week. not too shabby. 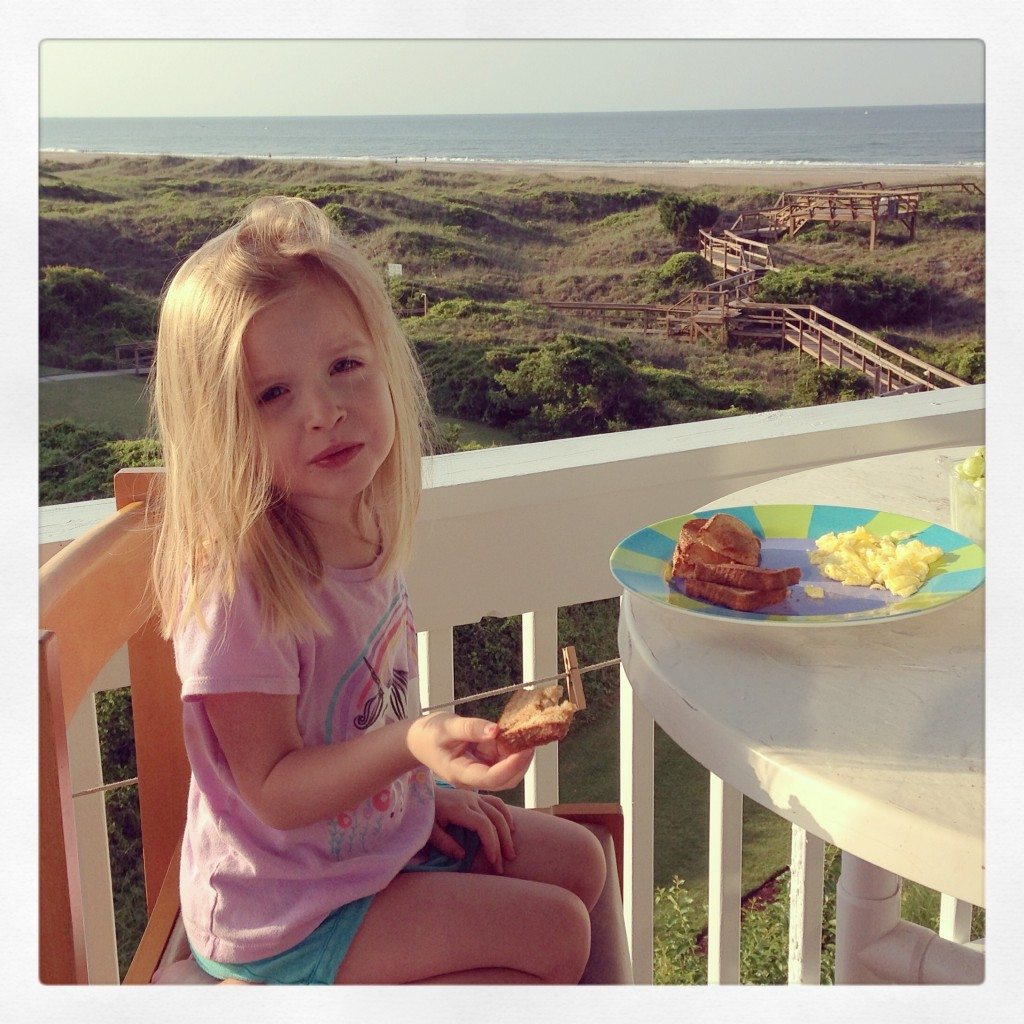 we got all sunblocked up. packed the wagon full of toys, a tent, towels, the cooler, and various beach items. and with hazel strapped to me, we made the long haul out to the beach.

isaac mostly hit the waves. i have very few shots of him. and the ones i do have are mostly his back. here’s a rare shot of his face. 🙂 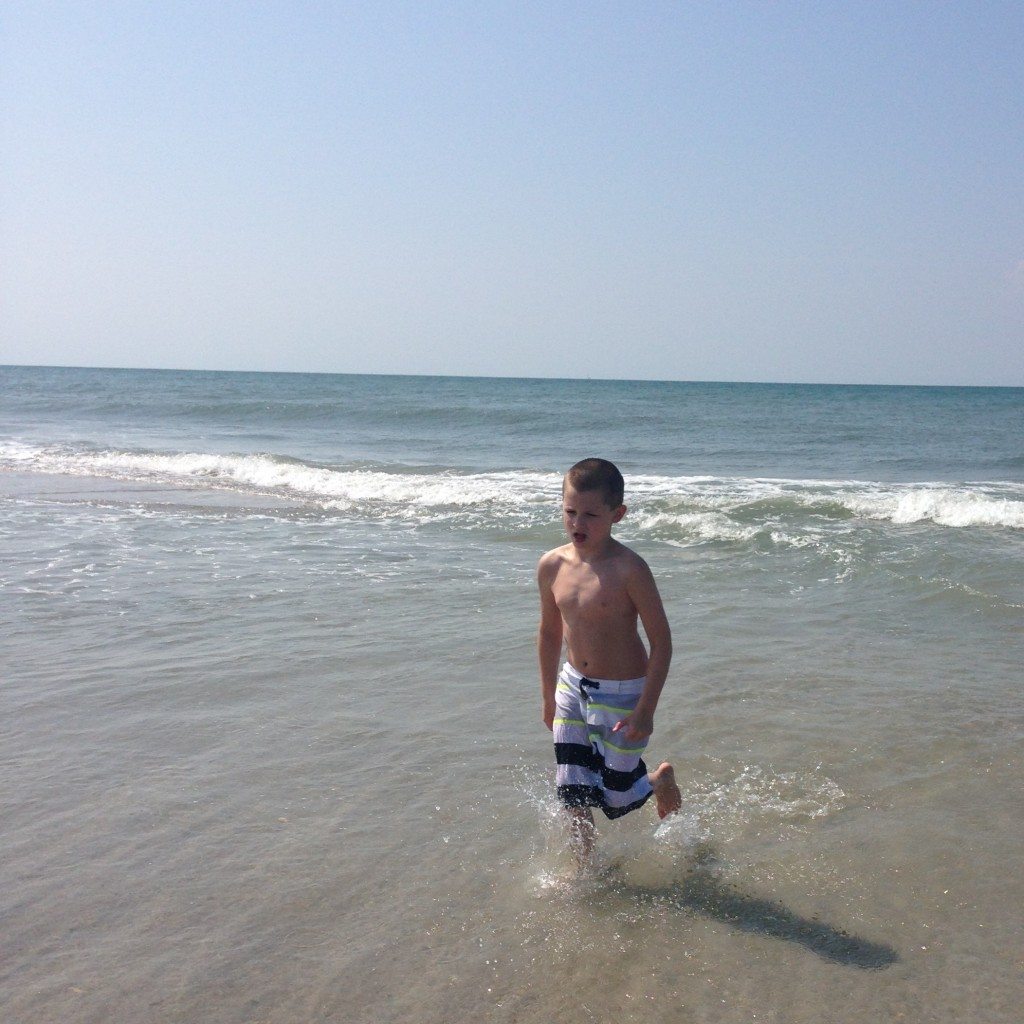 hazel ate some more sand. and smiled a cheesy smile all morning. 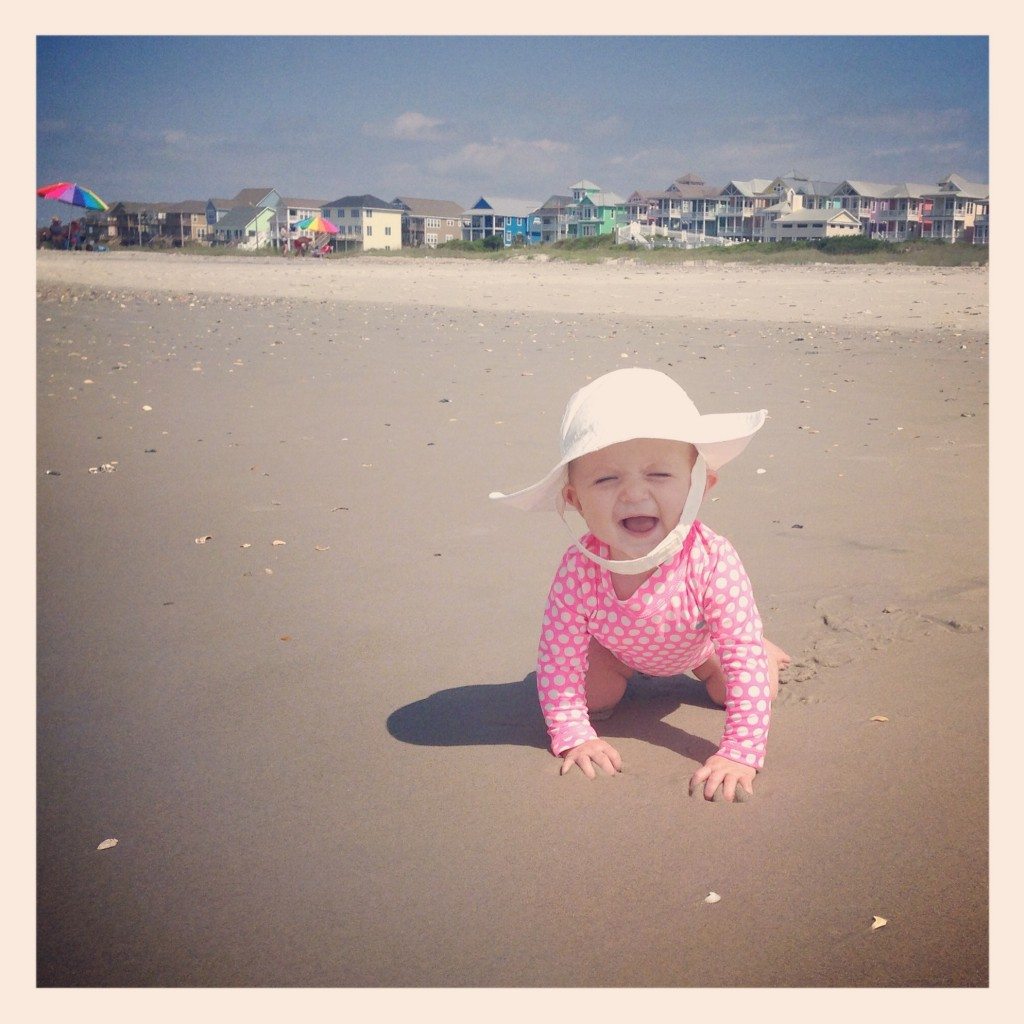 anna rolled around in the shallow-ish section. 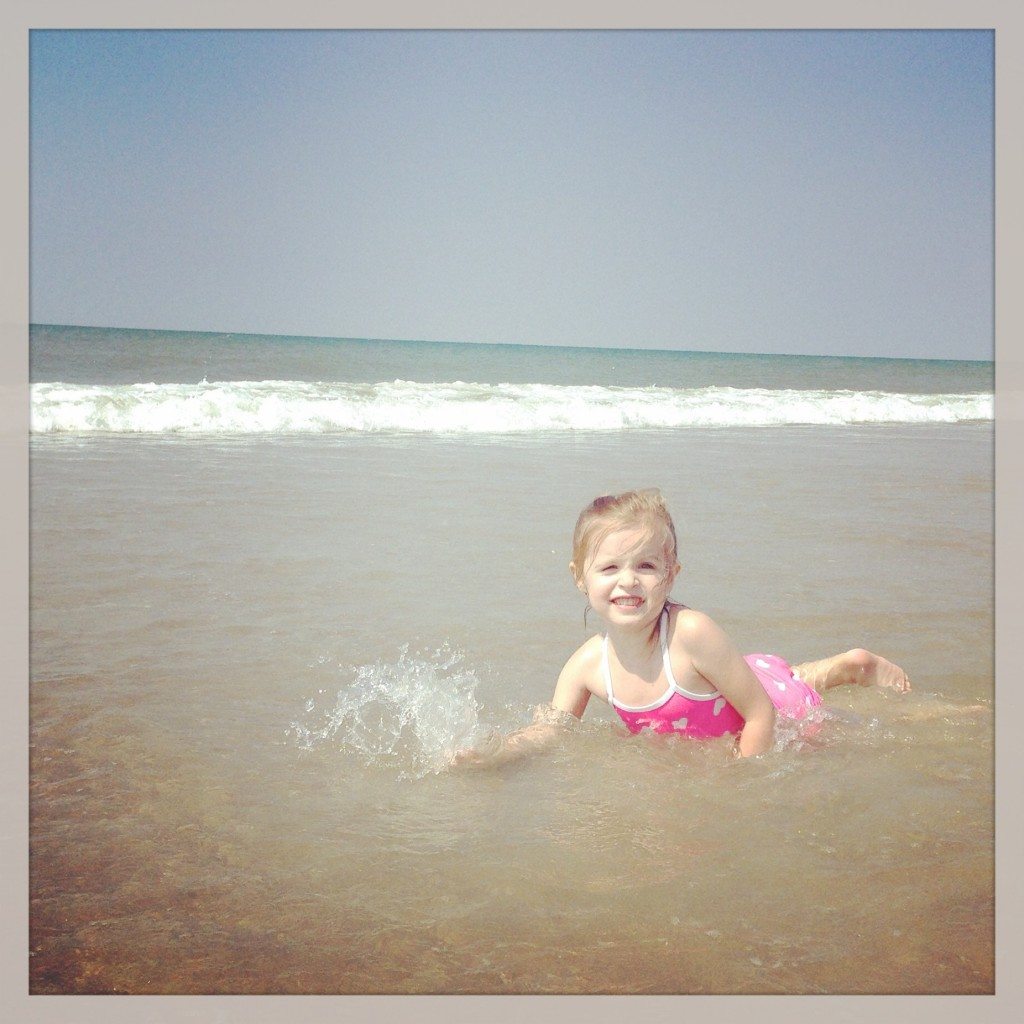 it was super windy. and took forever. but this was our camp. 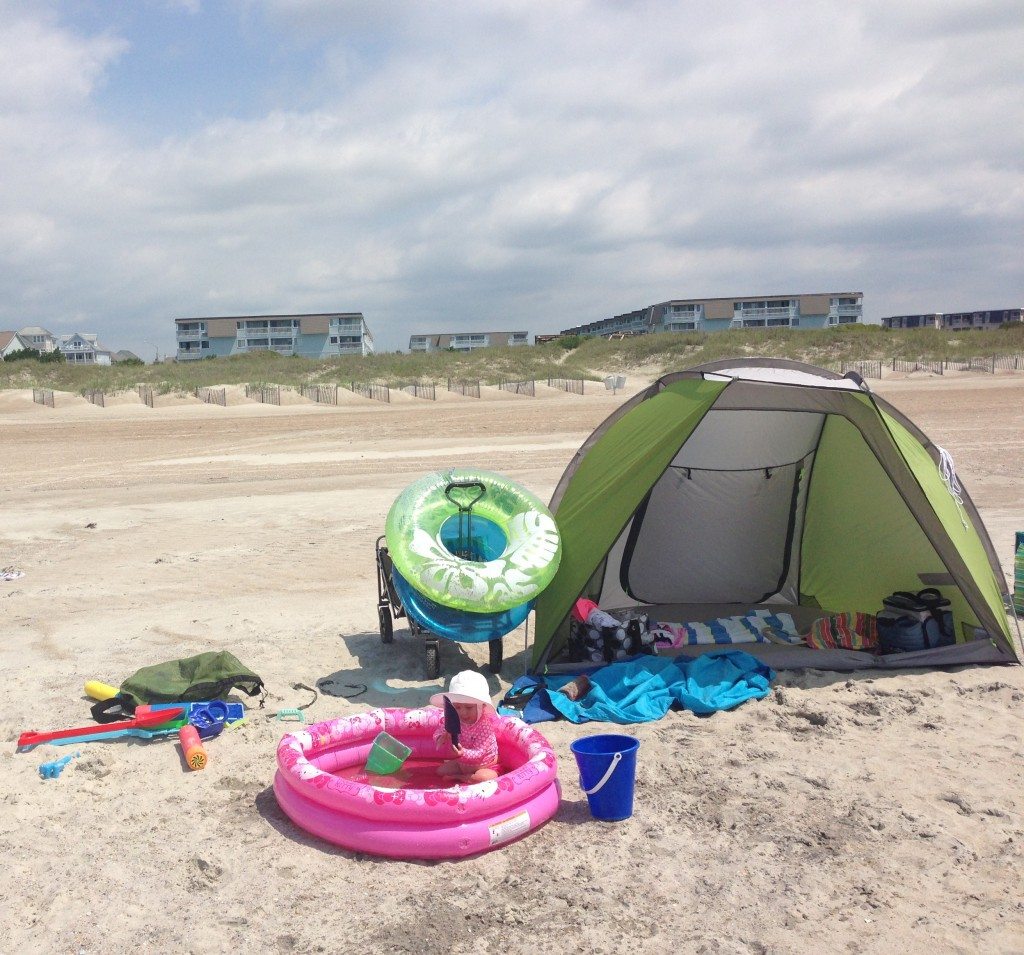 (and this was the only time i dragged out the tent. and the pool. it was just too much. and our beach tolerance turned out to be a lot lower than i had hoped for.)

the tent was perfect for when hazel took a slumber. 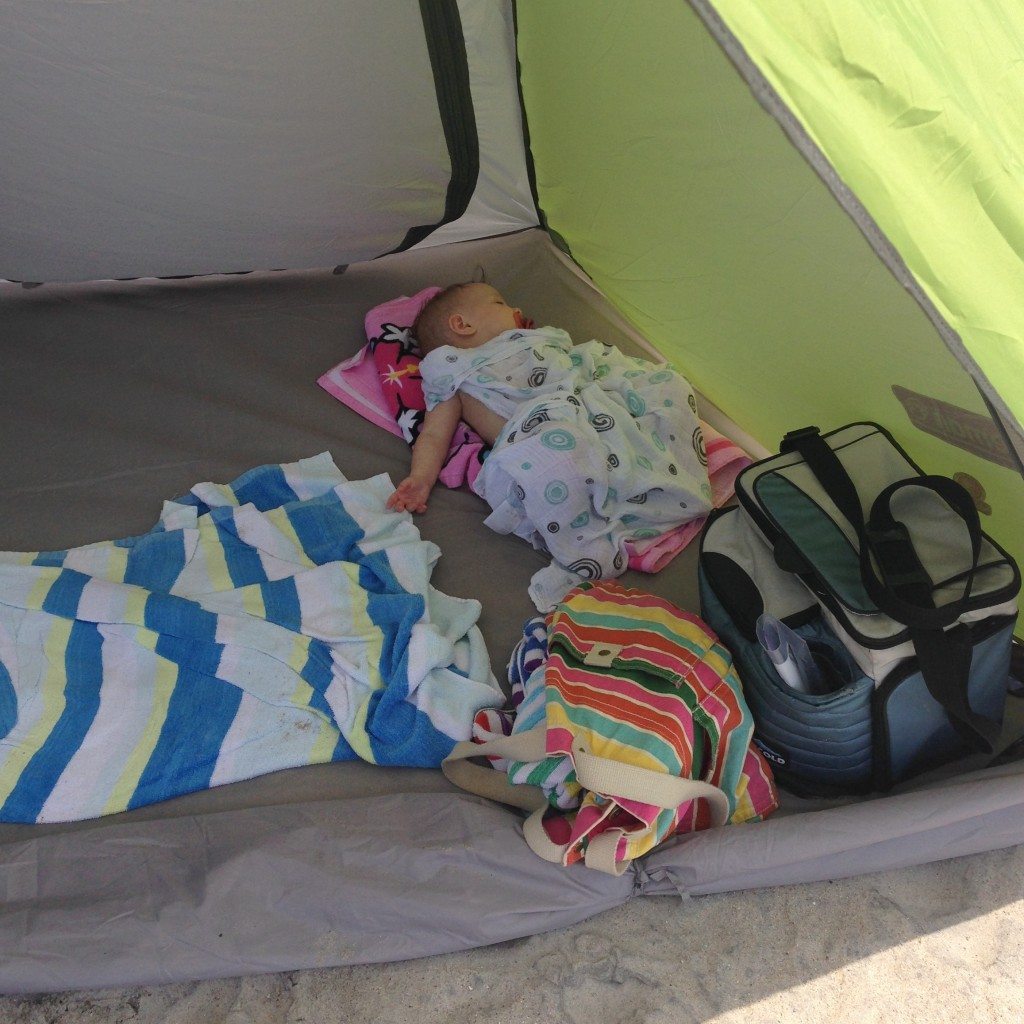 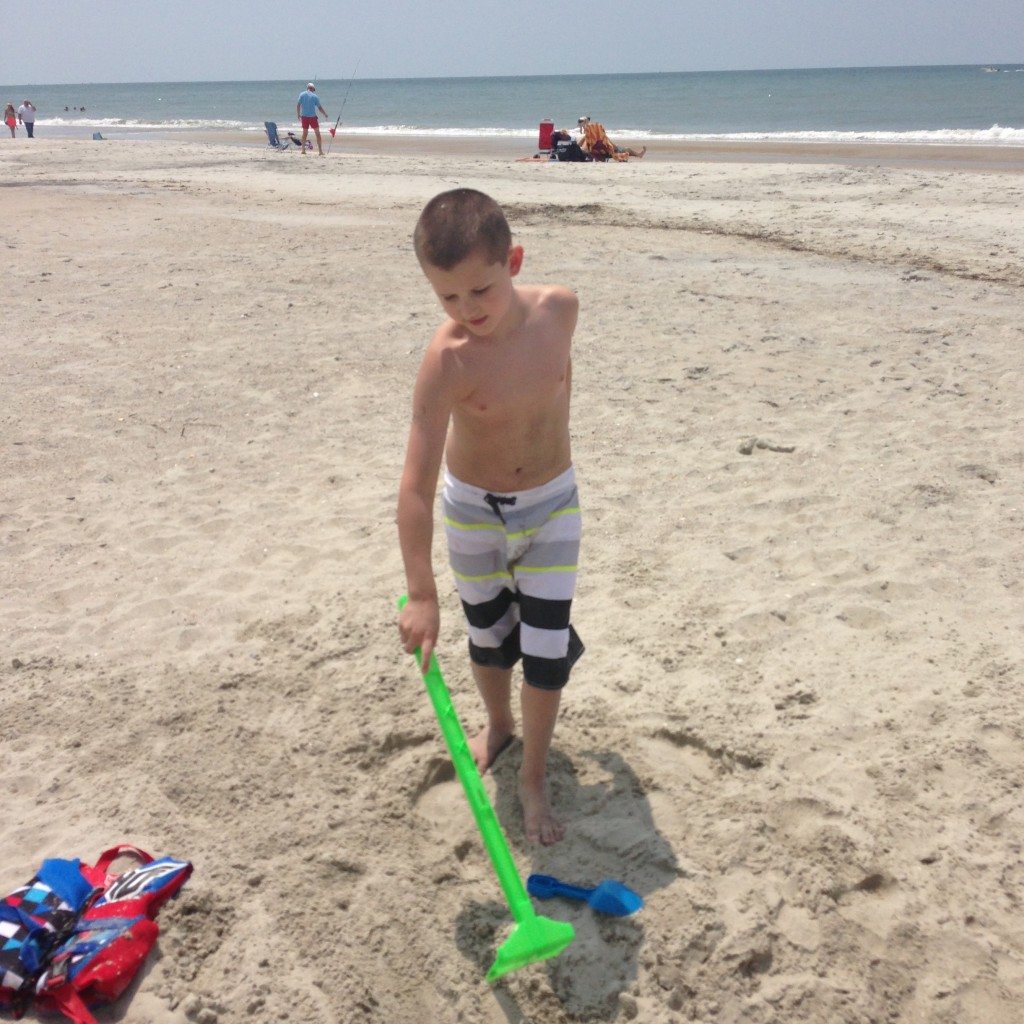 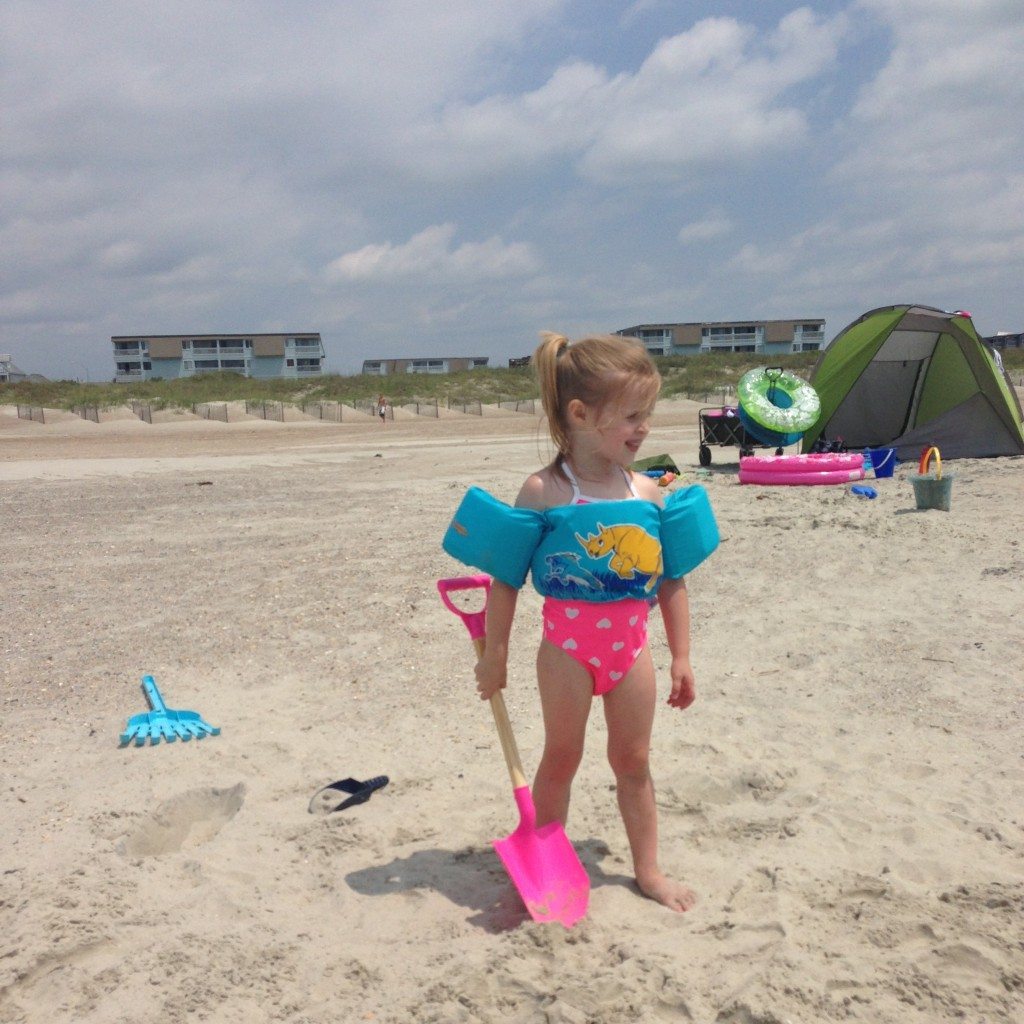 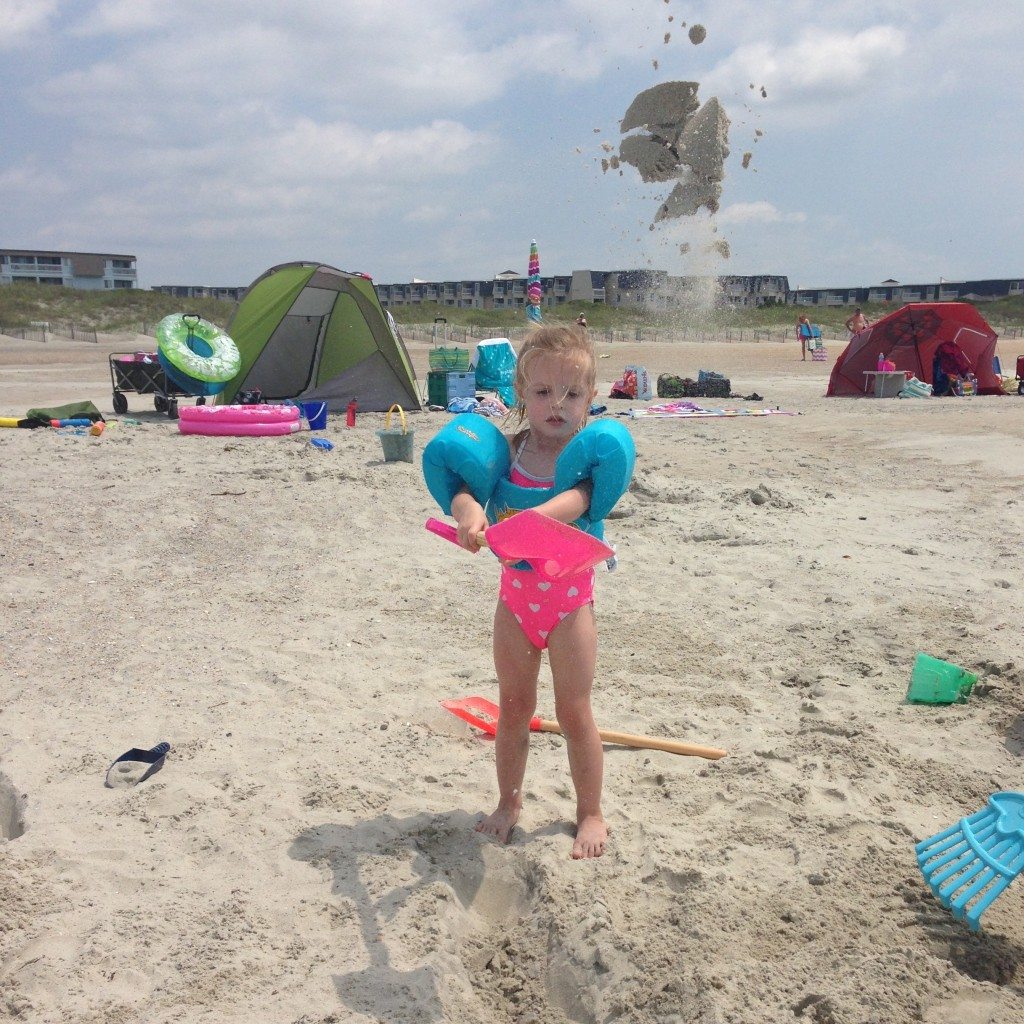 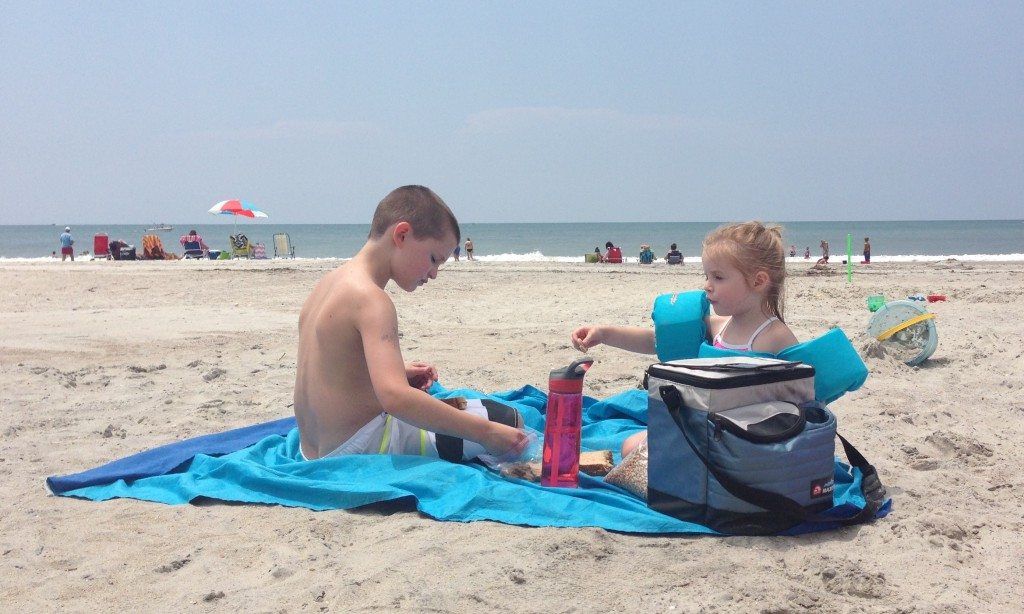 we didn’t last much longer. so, we packed up all of the millions of things. and headed back. to de-sand. and rest. hazel took an amazing nap. and i had some growns up drinks. we went down to the pool in the evening, but i didn’t get any pictures. turns out, it’s hard to get pics when you have three non-swimmers at a swimming establishment.

and that’s the story of our arrival and day one. 🙂