after the terrible day we had the previous day, on beach day numero tres, we decided to stay away from all sand and ocean. and got off campus.

we have a zoo membership, which gave us free admission to the aquarium. so, we packed some snacks and off we we went.

it was super sunny, so i couldn’t convince both kids to look at me at the same time for our obligatory aquarium fountain picture. 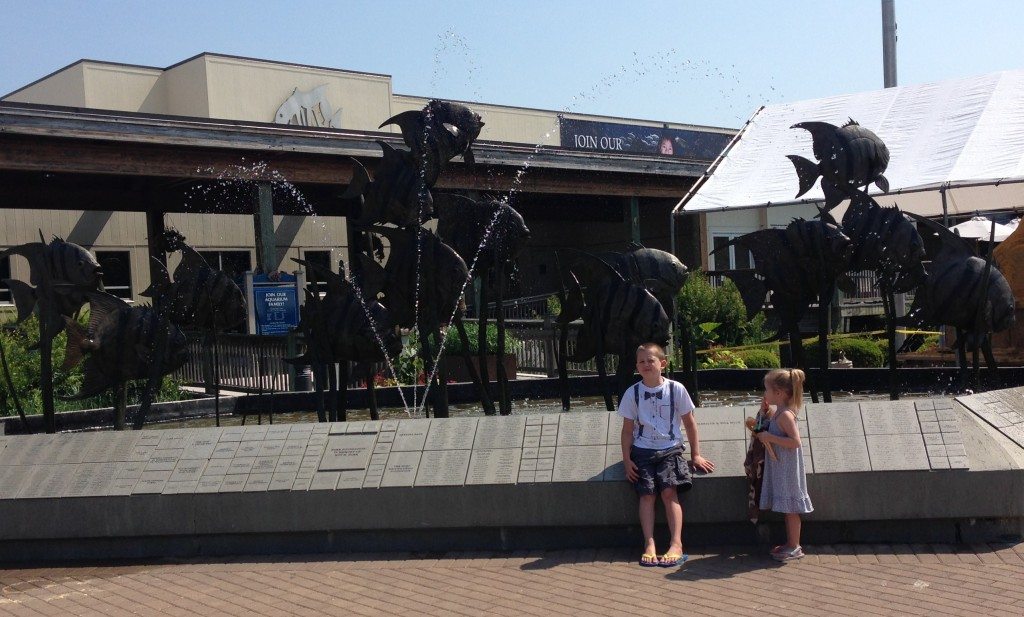 lorena and her kiddos met up with us on the inside and we made our way around the sea creature exhibits. 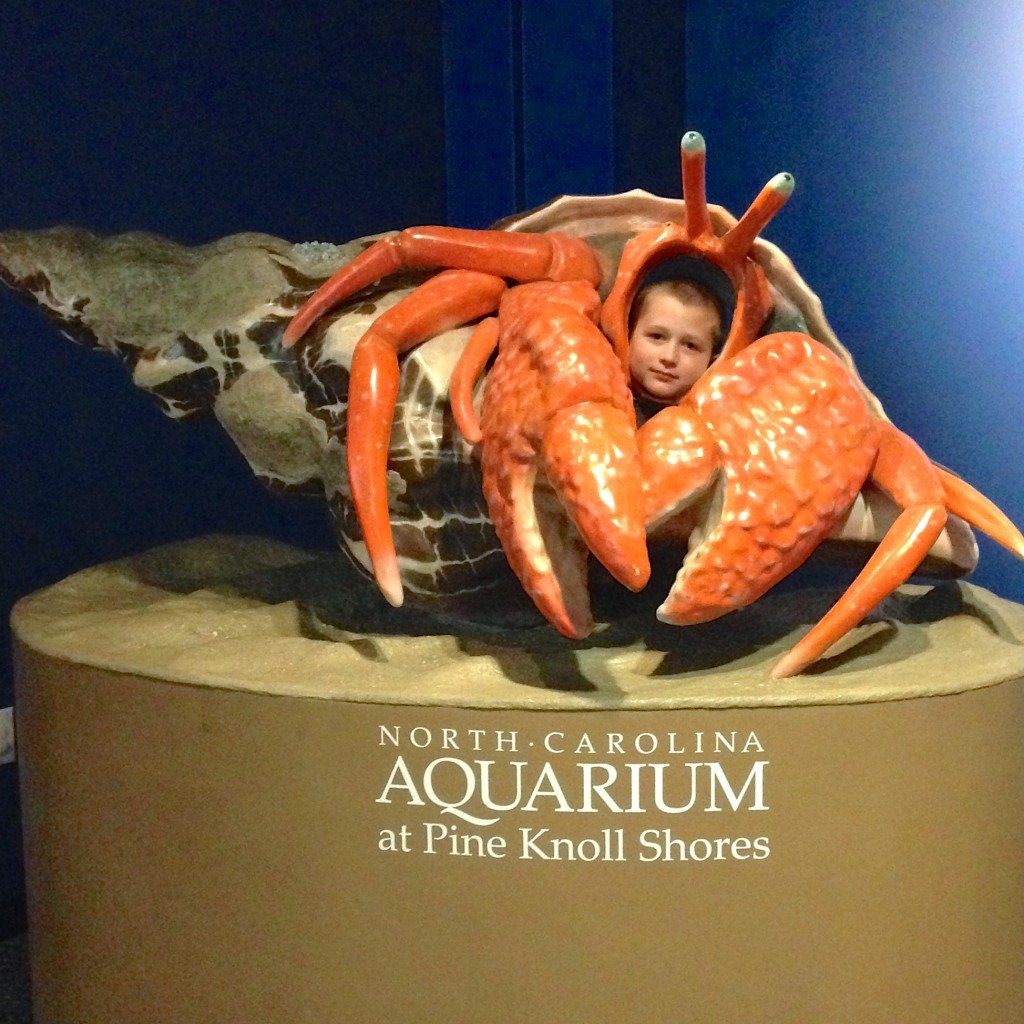 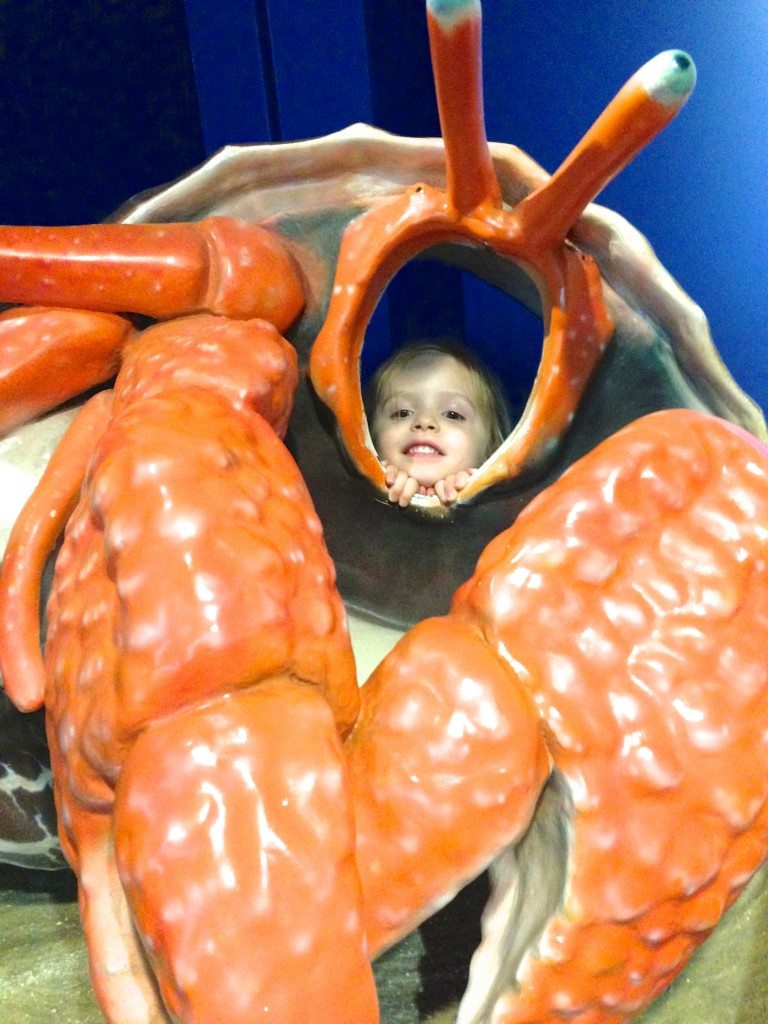 the ginormous shark tank is the big draw. it’s pretty cool. the kids were mesmerized. 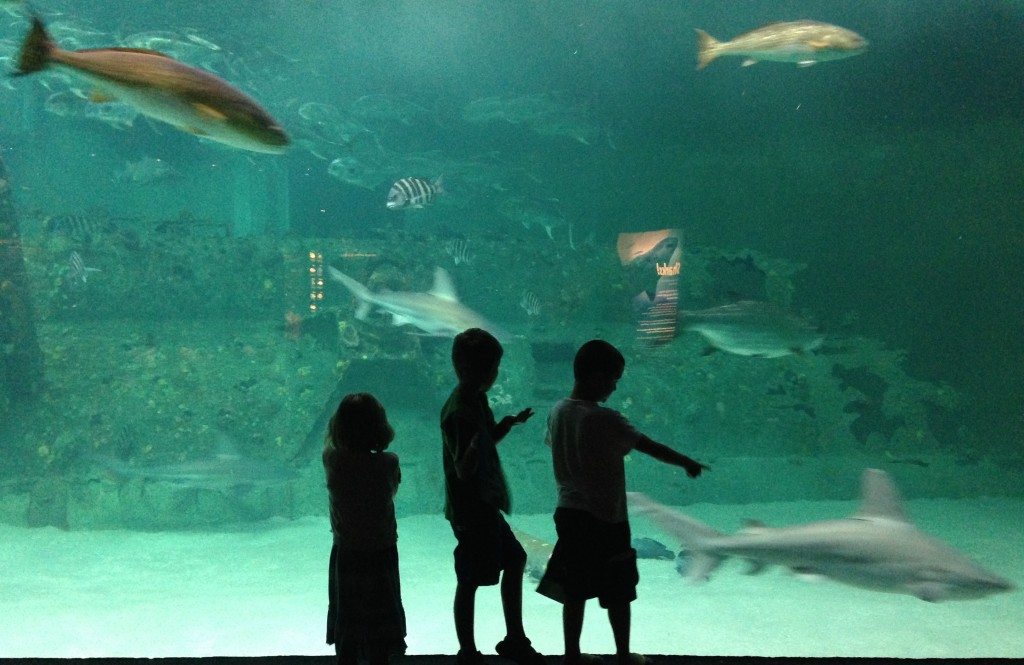 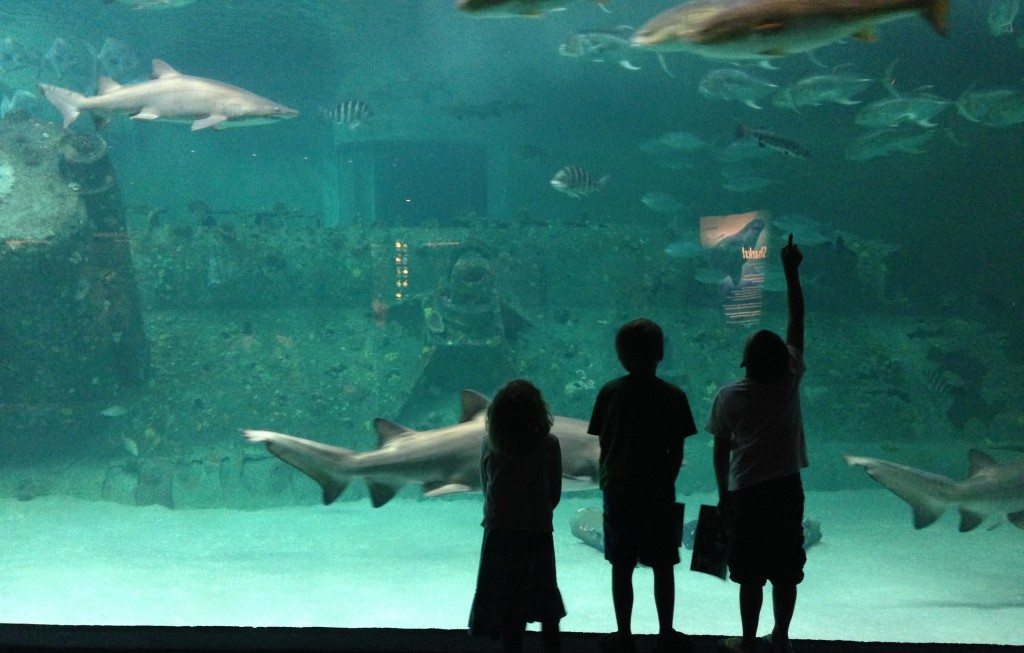 even more excitement when the scuba diver showed up. isaac did his best scuba diver pose. 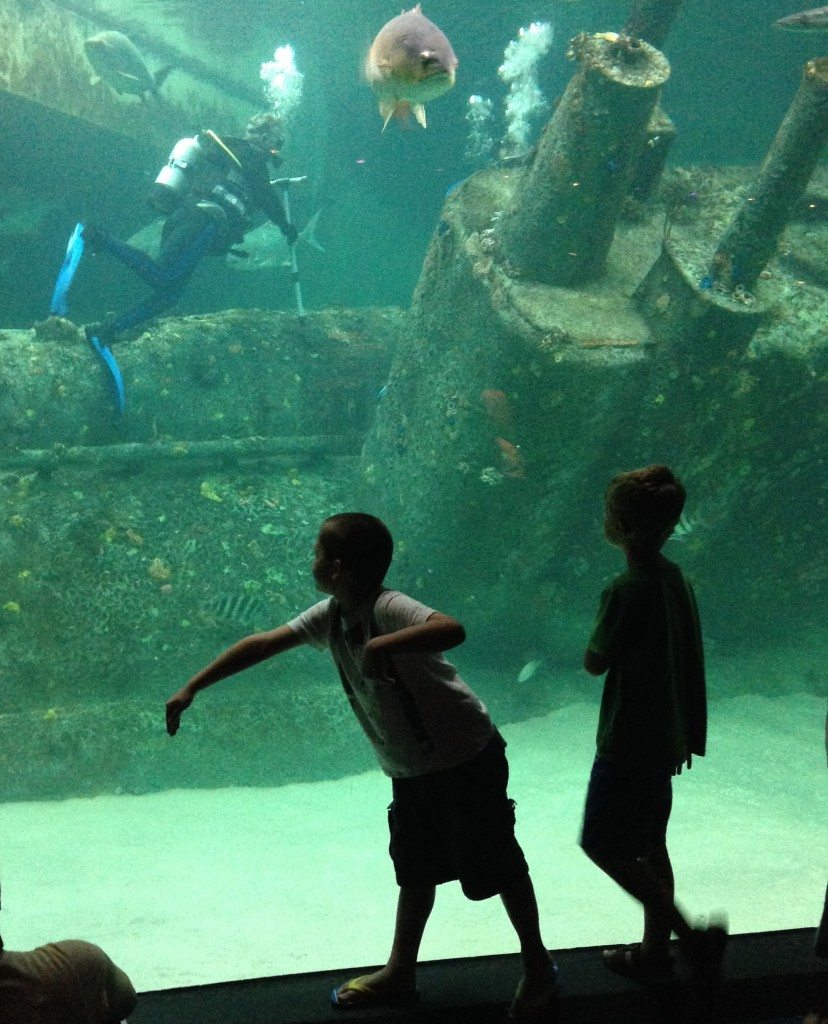 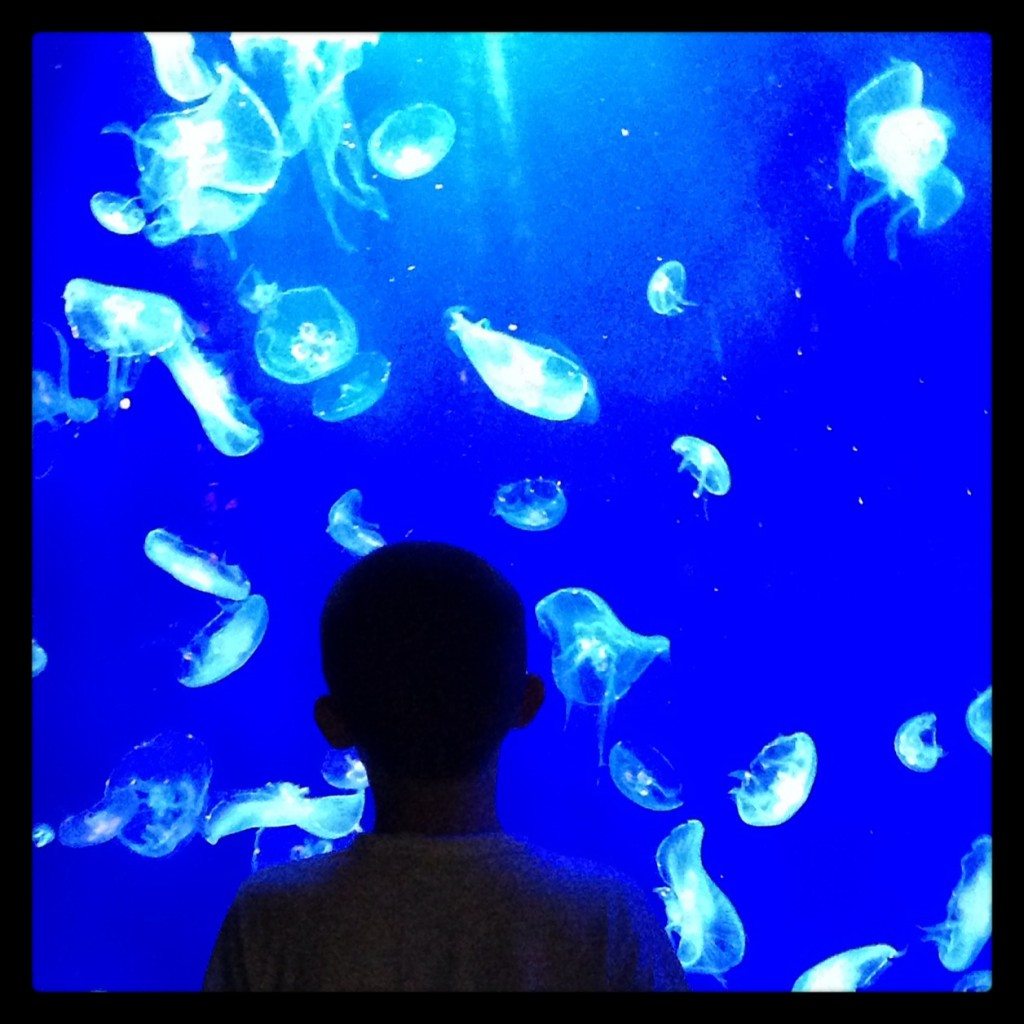 this was so cool. it looks fake. 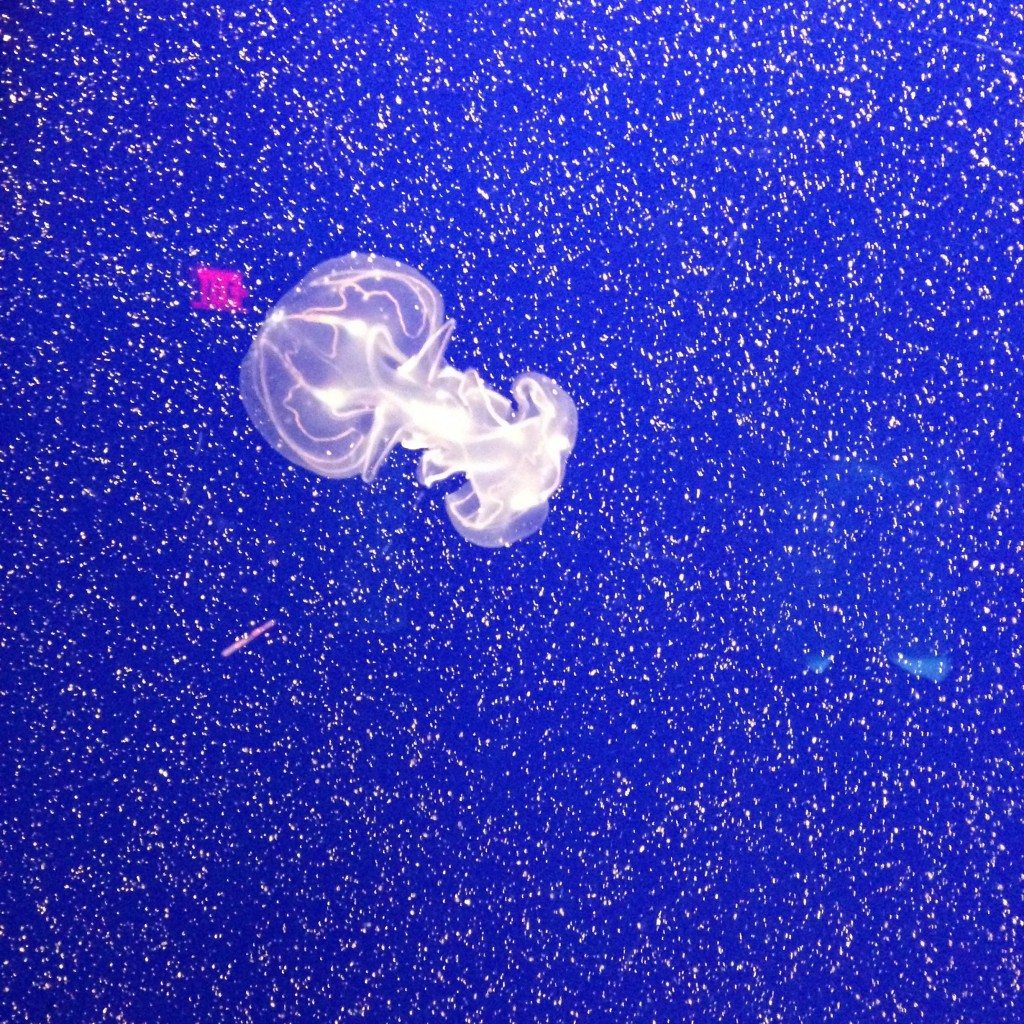 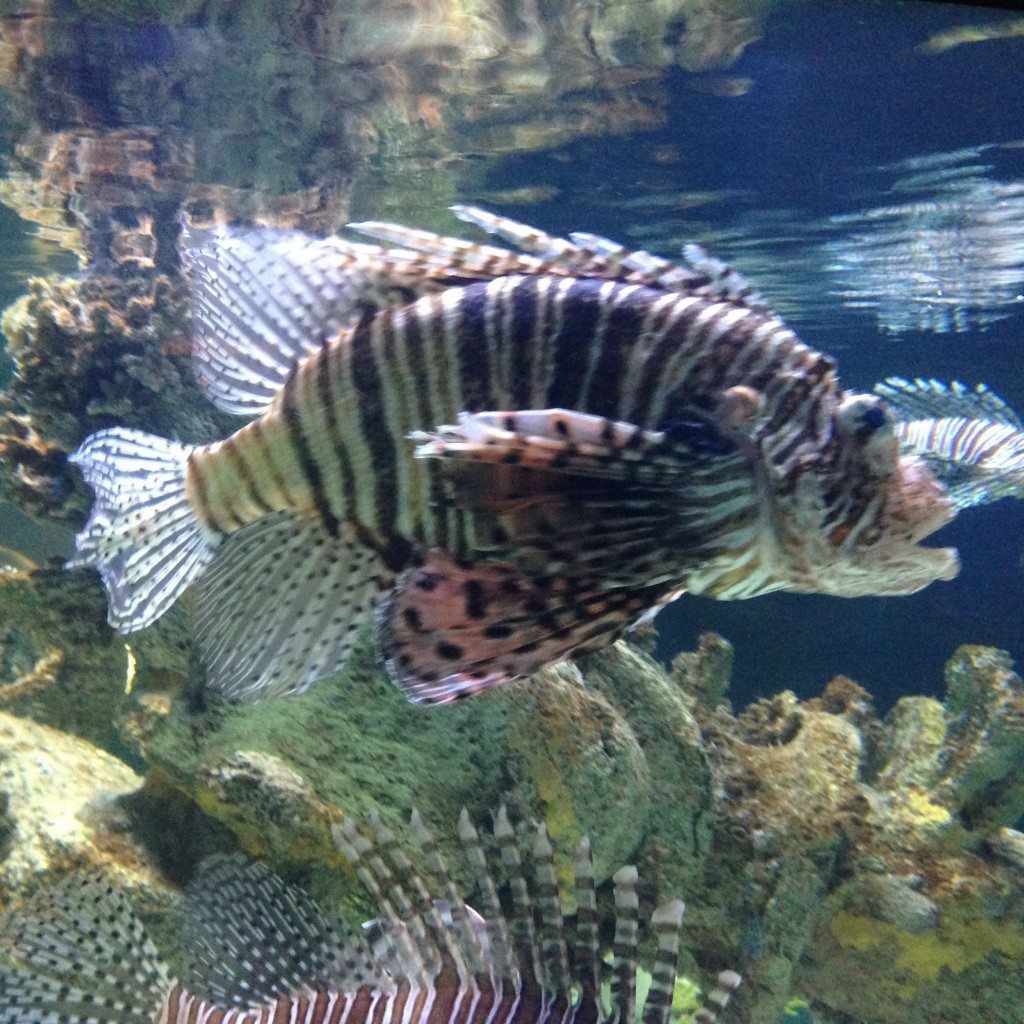 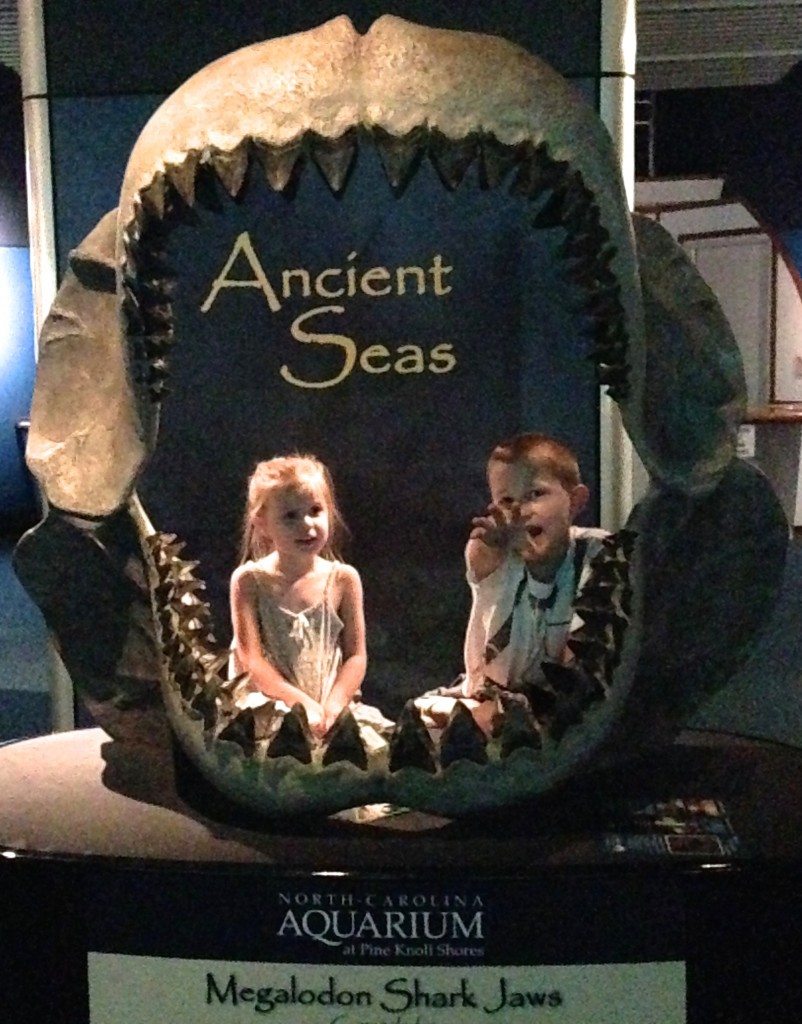 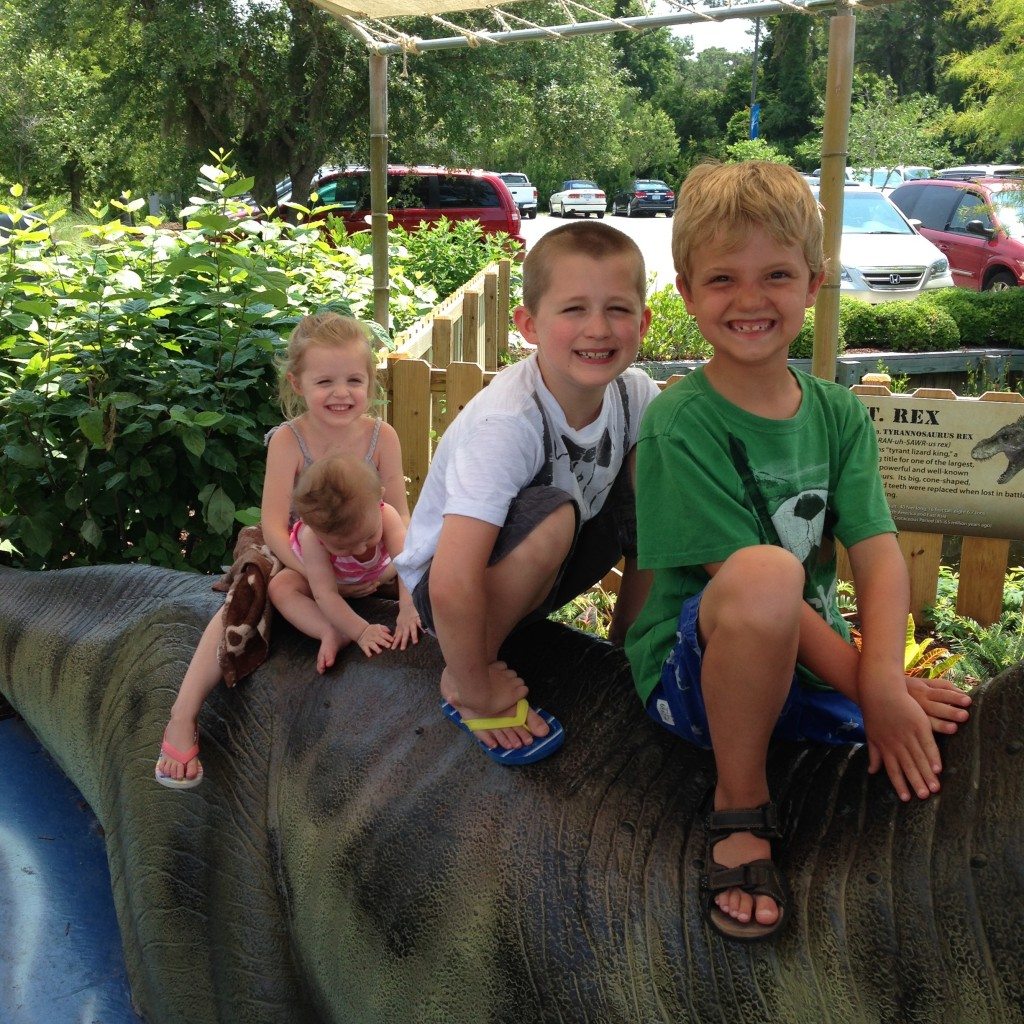 after our aquarium trip, we went to an all you can eat pizza buffet with our posse of crazy people. and kids ate for 99 cents. (side note: i have no idea how to make a cent symbol on my computer).

due to a certain boy, who felt the need to wake everyone at an unreasonably early hour, we were in desperate need of an afternoon rest. hazel snoozed while the other two watched the lego movie. and then, isaac actually fell asleep for a couple of hours. it was a pleasant break. 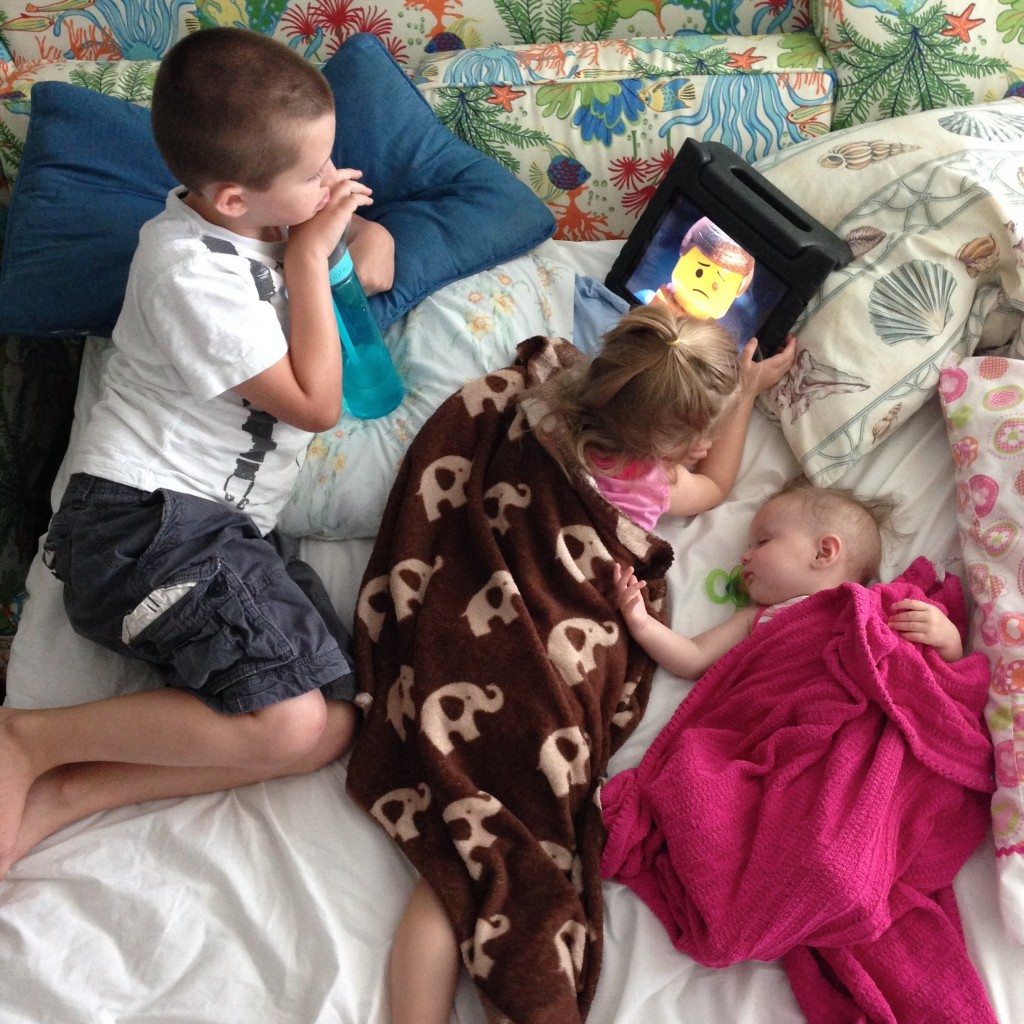 after the refreshing nap break, we were off to the pool again…

my friend heather has a 12 year old daughter, natalie, who is sooooo sweet with anna. and anna is convinced they are best friends. she played with anna the whole time. 🙂 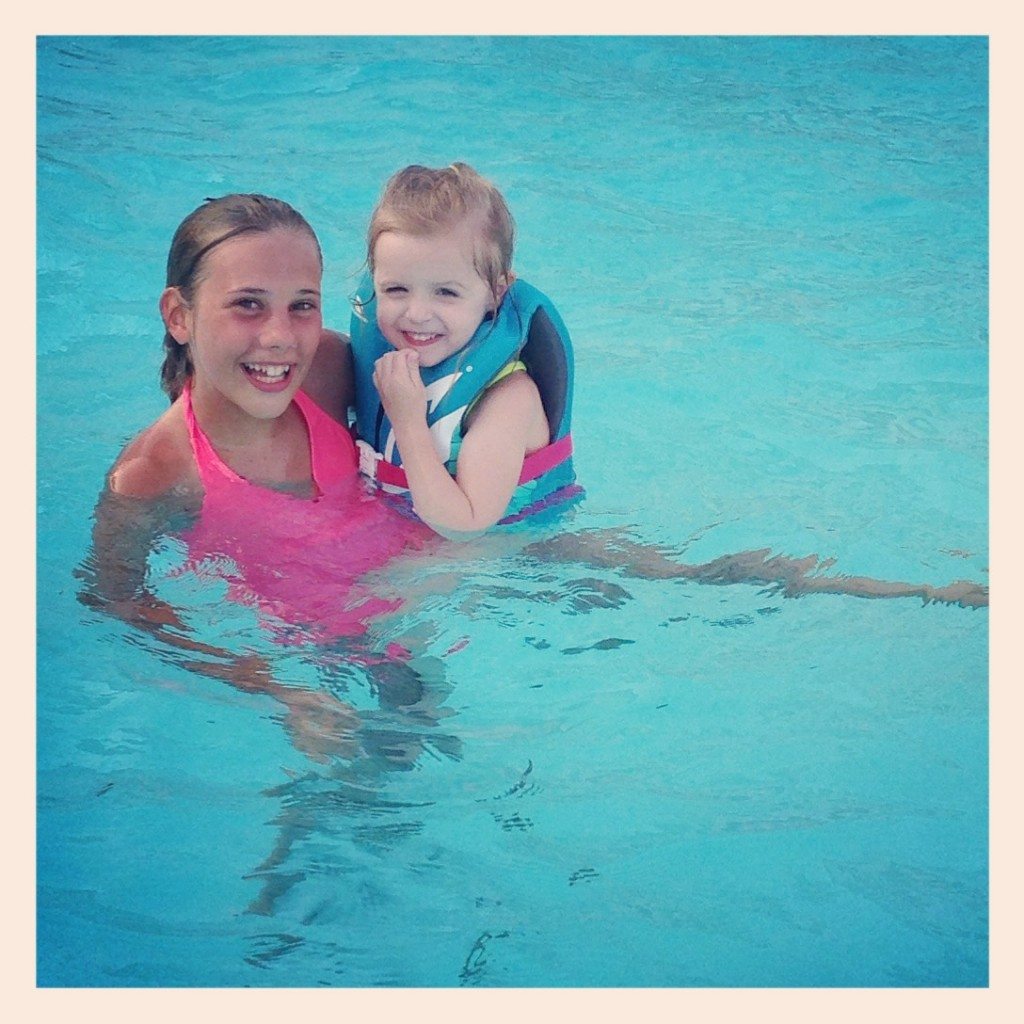 she even went in the bath water pee pool with her. 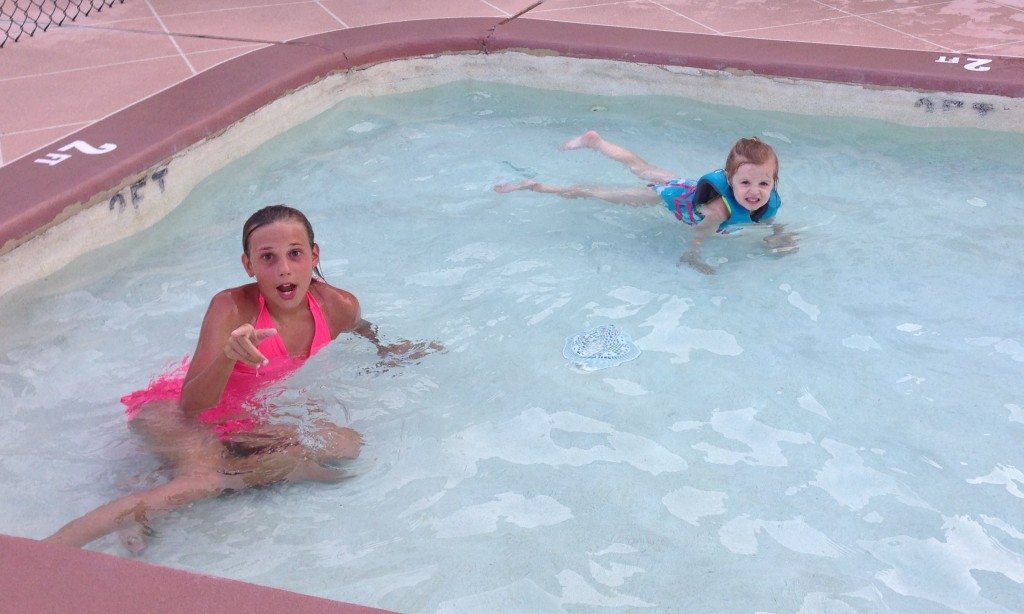 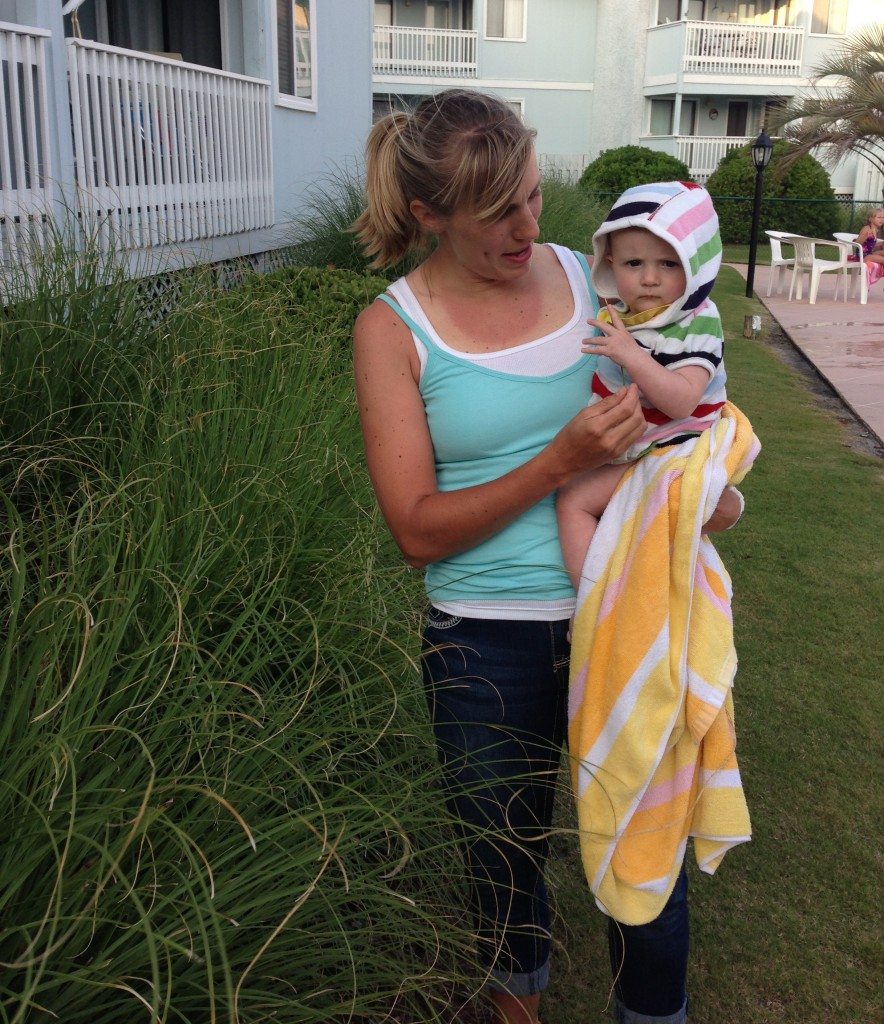 isaac and his inner tube were inseparable. 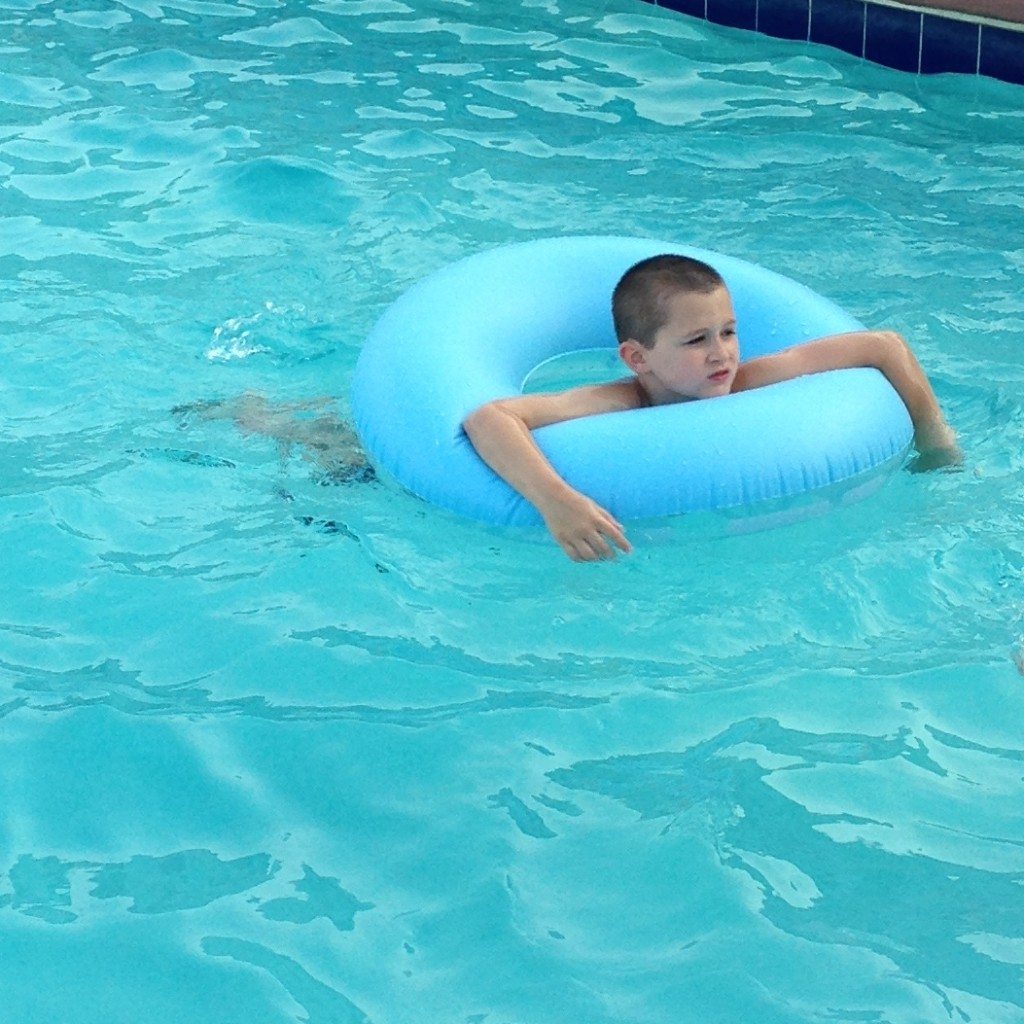 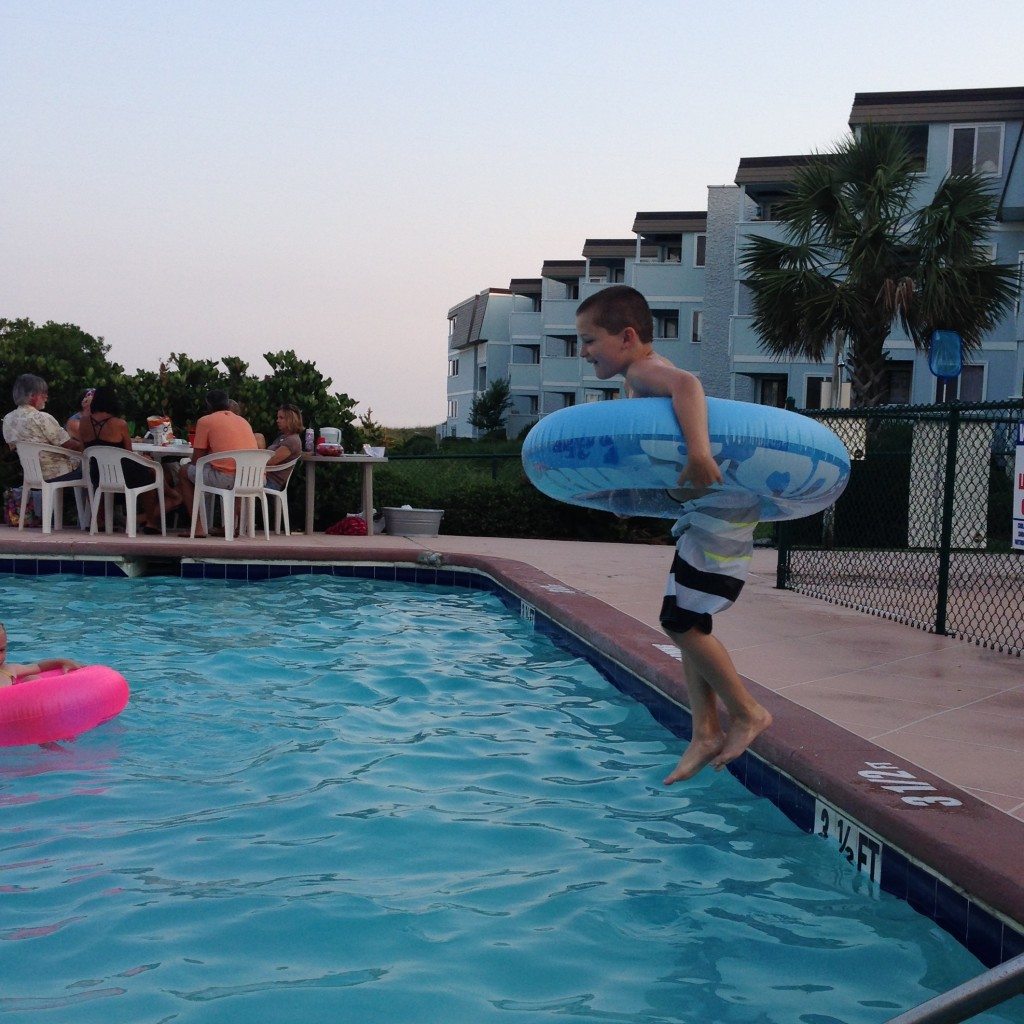 and i just relaxed, pool side. 🙂