so, we have a self imposed rule about when we can add a state decal to our usa travel map on the side of our camper. after much deliberation, we decided that we must take part in an event of consequence. an overnight stay. a local meal. or a local activity. in other words, we can’t just roll through or stop at a mcdonald’s for credit. that said, our trip from alabama to louisiana would pass through mississippi and to “make it count”, i had to plan an activity of consequence.

after a bit of research, i settled on a trip to the institute for marine mammal studies in gulf port, mississippi. the tour was a little over two hours long, which was a perfect amount of time for derek to get the rv washed and still beat us to the next campground.

it started with a visit from a well trained cockatoo. 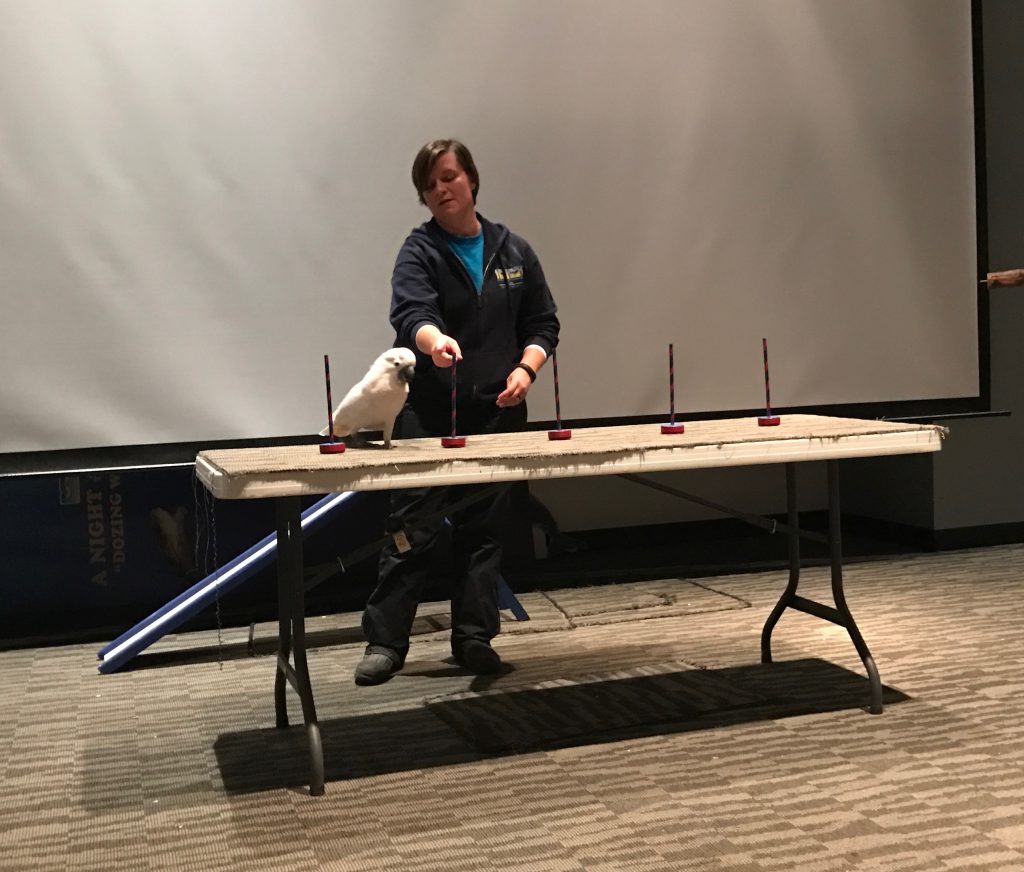 it cleaned up trash, sorted some rings by color, did a bit of rollerskating and dunked some basketballs. we were all impressed. 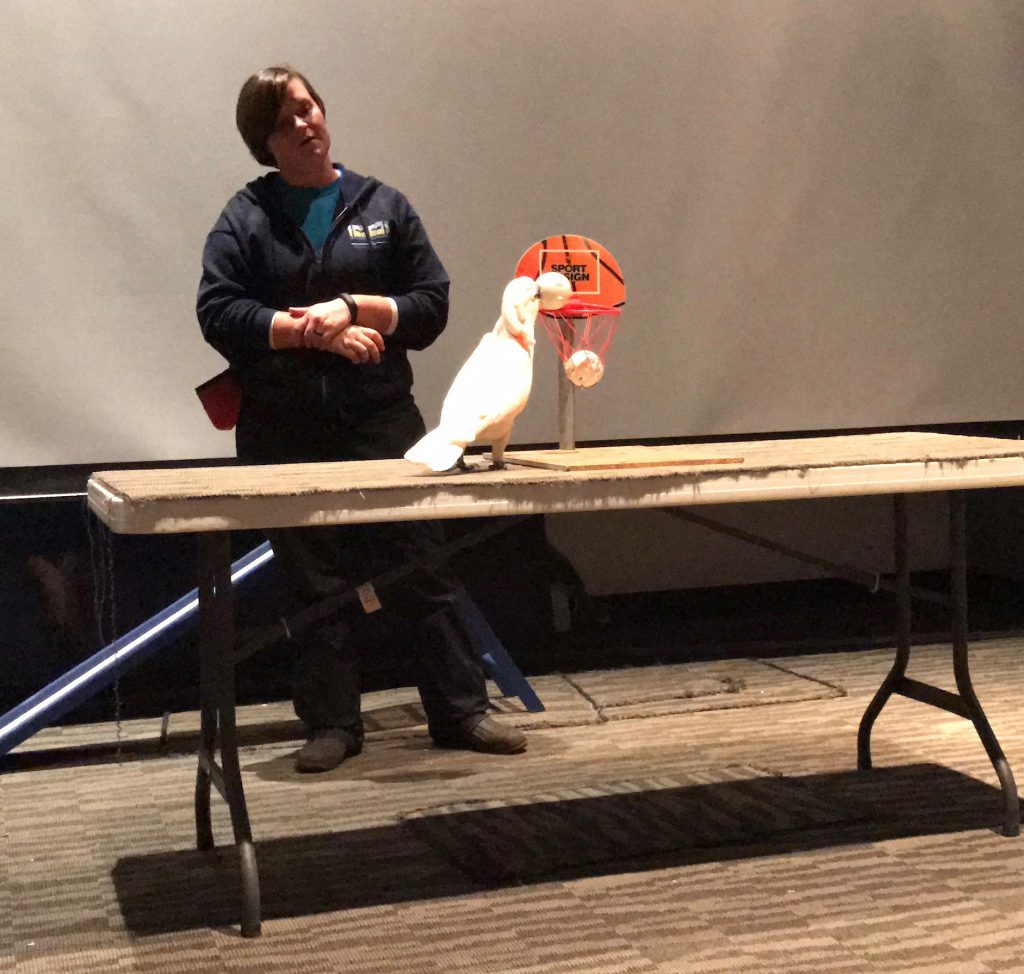 from there, the tour group split up, and our crew went to the museum area, where we got to sift for sharks teeth. and then wait forEVER to go to the touch pool room. 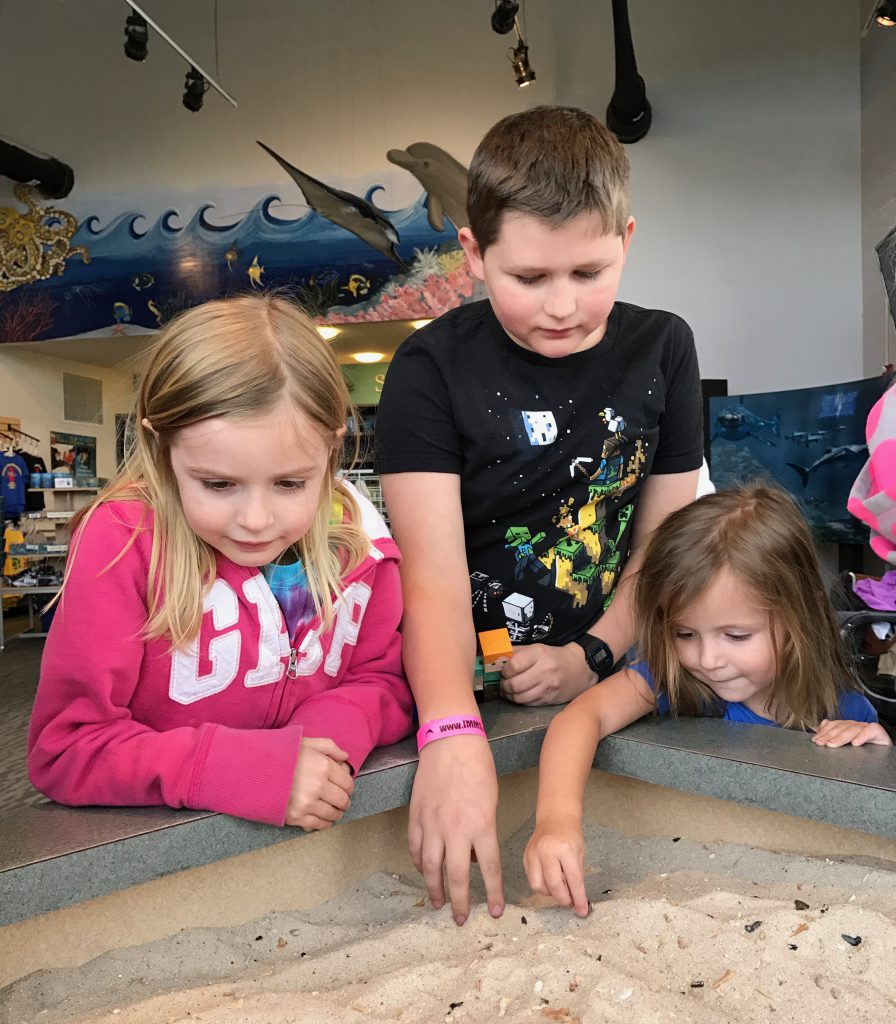 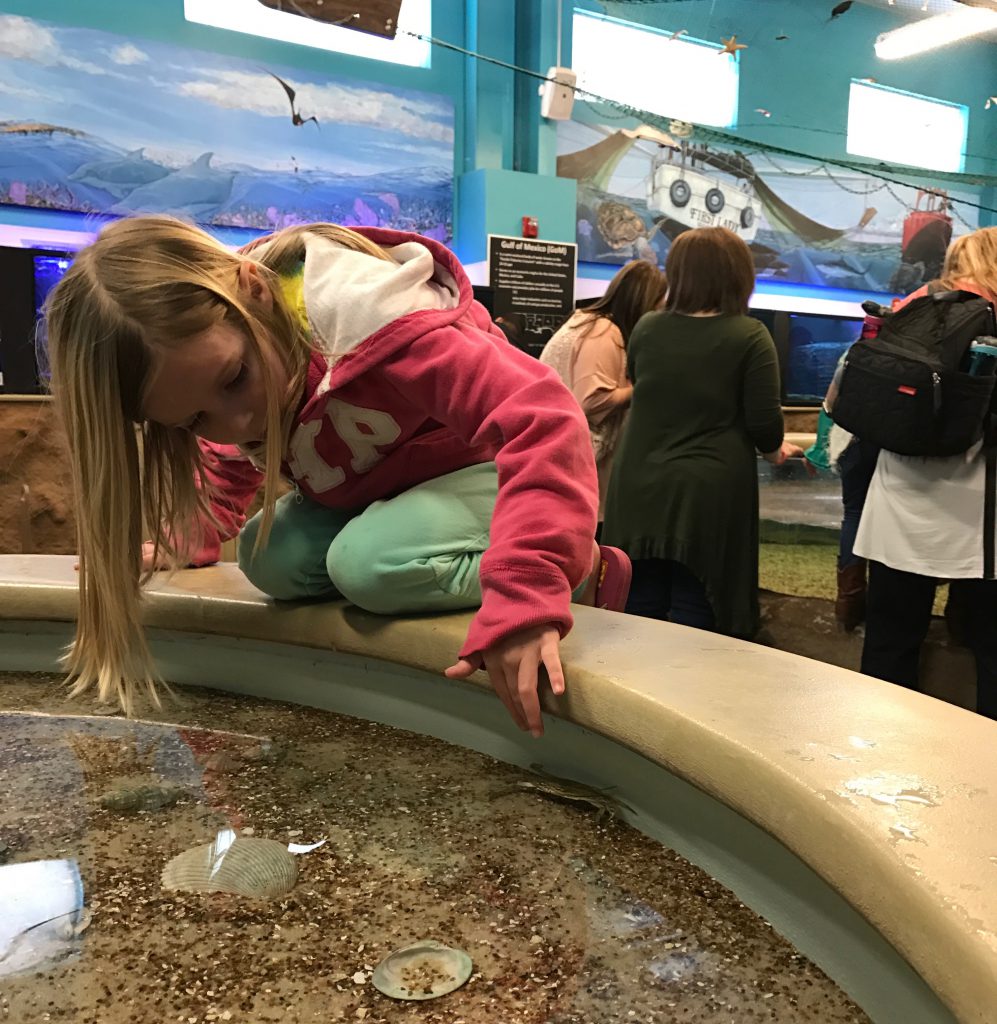 anna is our only “toucher”. isaac doesn’t even attempt to touch and hazel has a love/hate relationship with attempting to touch. here, she’s mad that the sting rays (sans stingers) wouldn’t stop to let her touch it. 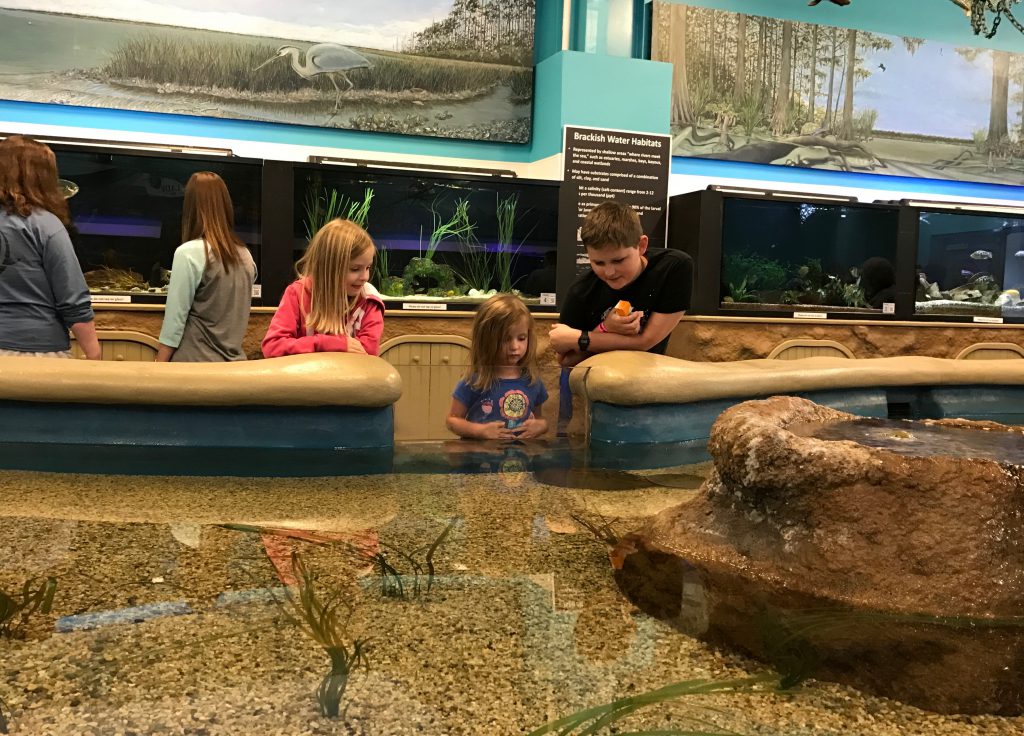 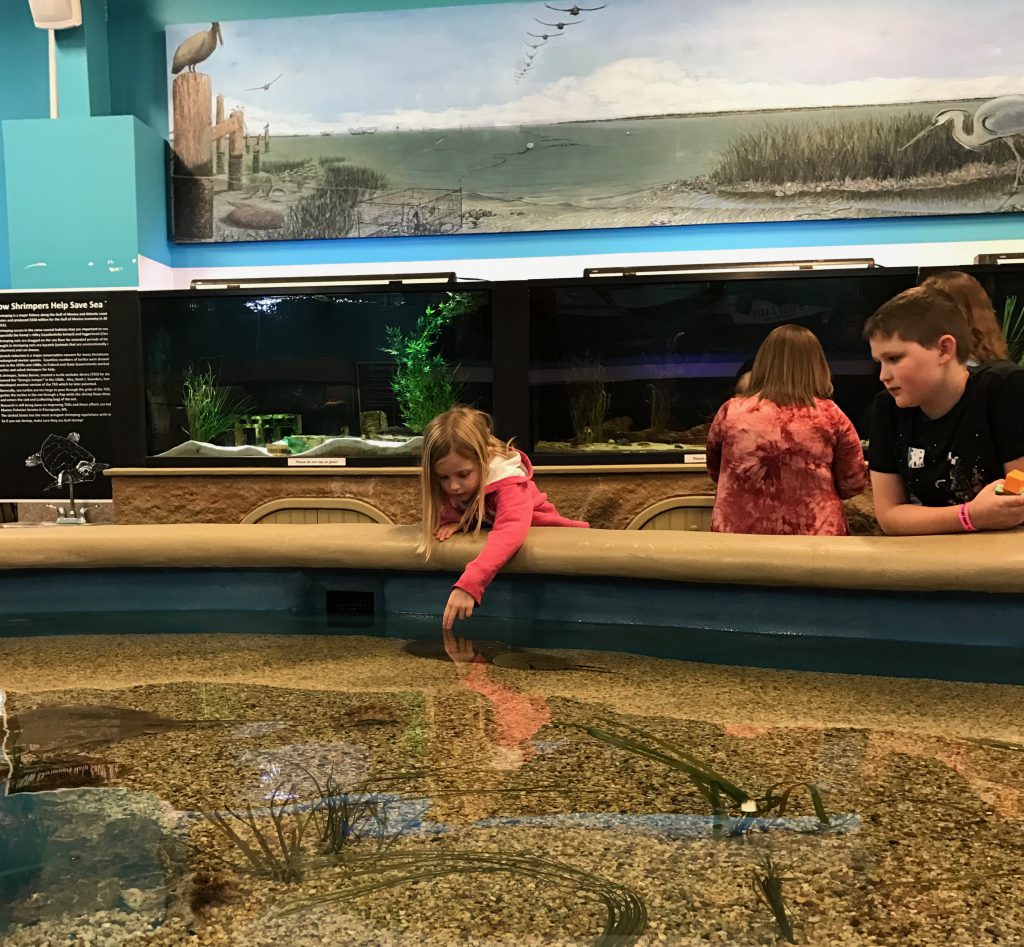 after the shark tooth search and the sea life poking time was up, we reconvened in the auditorium to learn more about some creatures of the sea. we talked a lot about sea turtles and anna was excited to share her vast knowledge. then, it was snake time. anna was first in line for snake petting. hazel was right behind her. i wish i got more pictures, but it went quickly. :(. 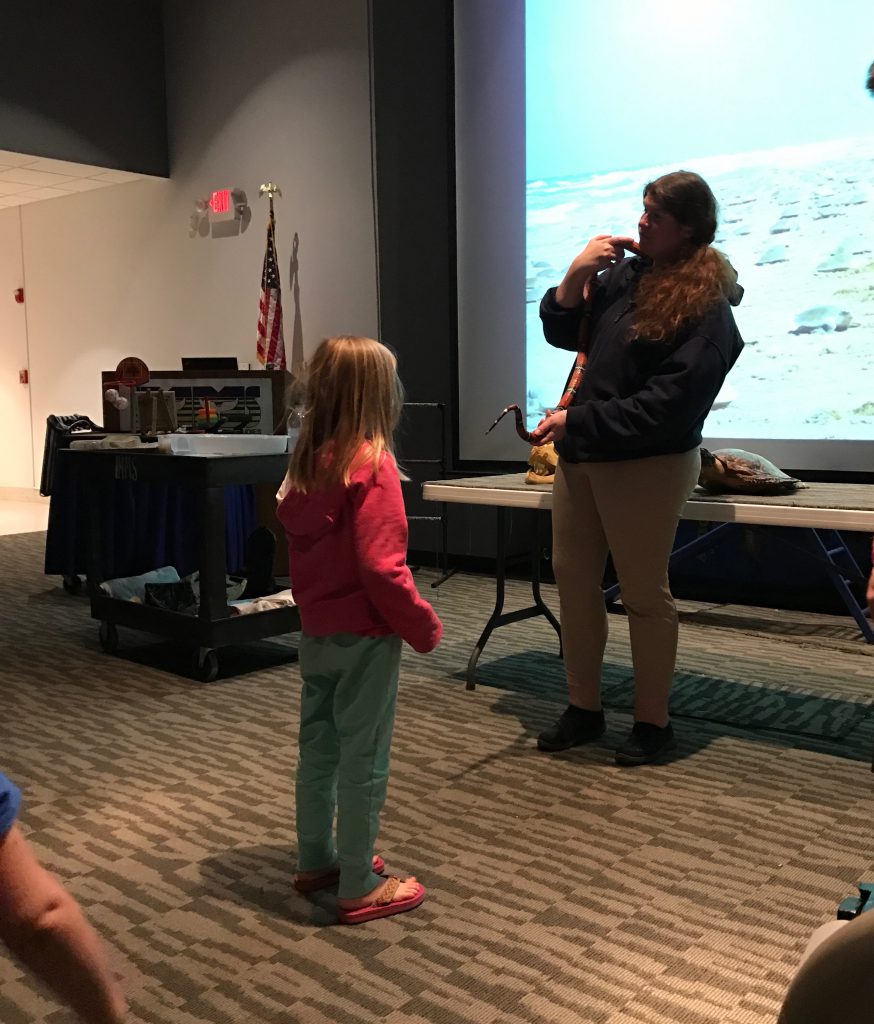 next stop. the dolphins. it was hard to know when they were about to do a cool trick and it also seemed the like dolphin further from us had the better stuff up it’s sleeve. so i didn’t get many pics. also, i was dealing with a super bored and wiggly three year old. 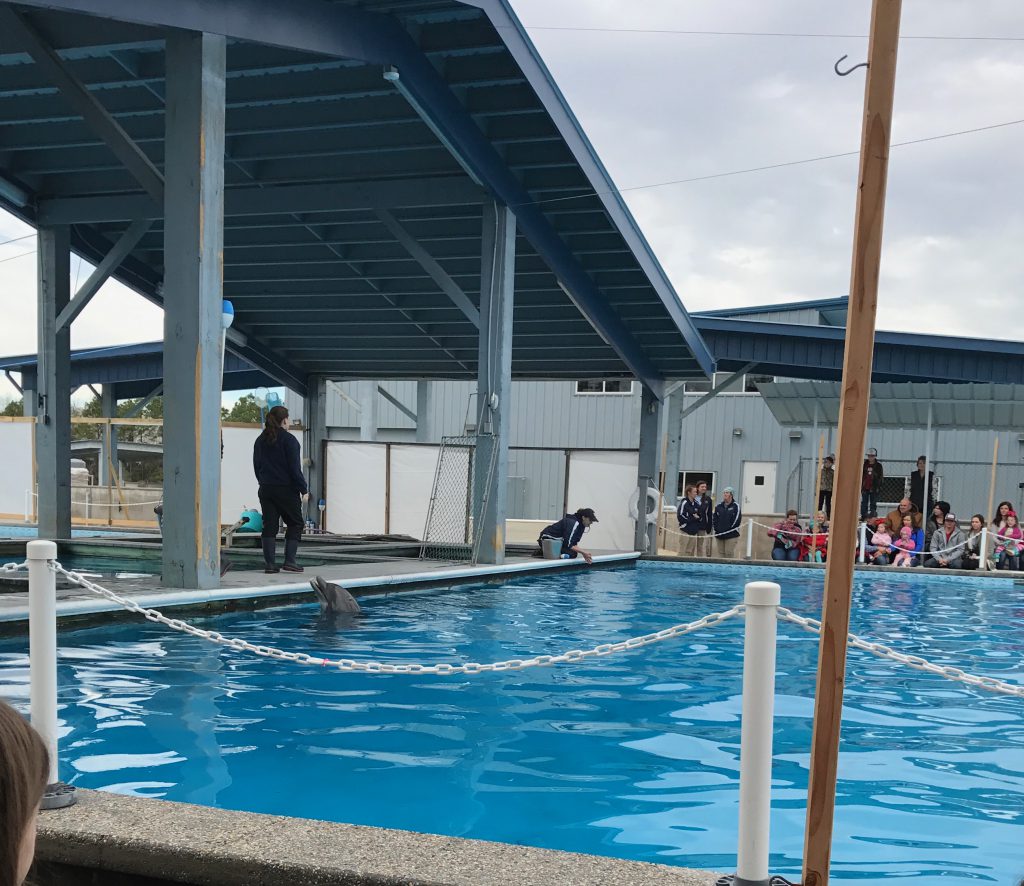 another minor annoying thing… while our guide was telling us all about dolphins, there was a lot of talking, making it hard to hear. and mostly from adults. but, all in all, it was still cool. 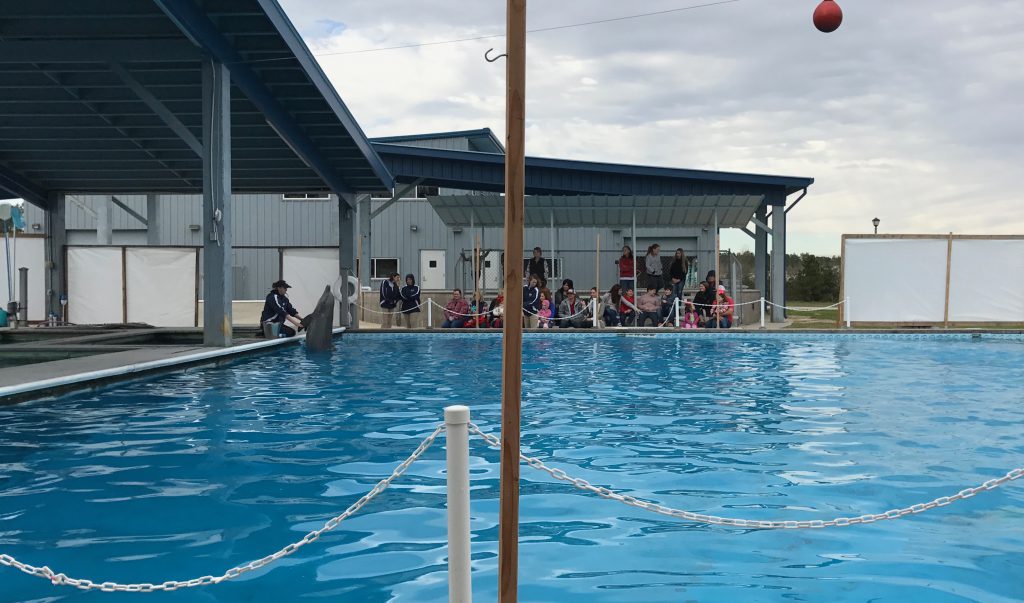 the grand finale was this sea lion, who was quite entertaining. he did imitations of some other marine life and showed us some fantastic dance moves. the kids loved it. anna even dipped into her savings to buy a sea lion stuffed animal to commemorate the day. 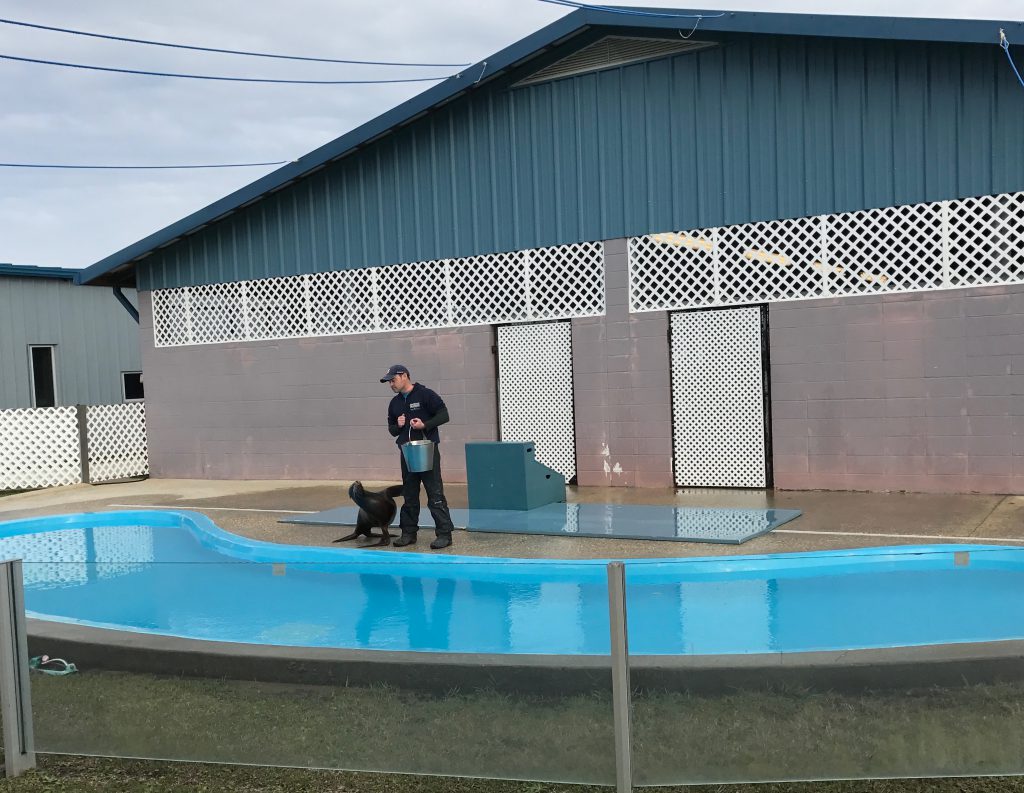 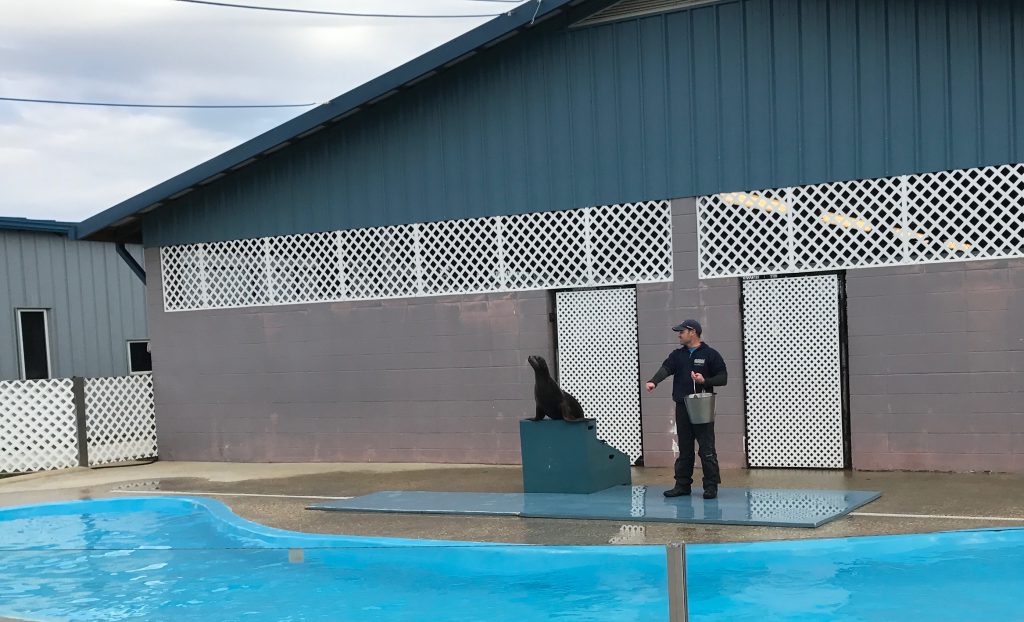 we had a great time, learned a lot, and it was reasonably priced. if you are ever in southern mississippi, i highly recommend it. and now, we can put our mississippi sticker on, in good conscience.