Here’s some pictures of the little man. He’s doing great (except for the misery of teething – there are three top teeth poking through and I think the fourth is not far behind). We weighed him this morning and he came in at a whopping 20 pounds.
Somebody or somebodies said something about “they grow up so fast”…. 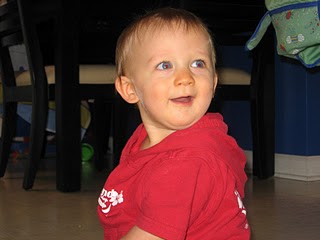 In Wild West Virginia, with Jake and the Grandma: 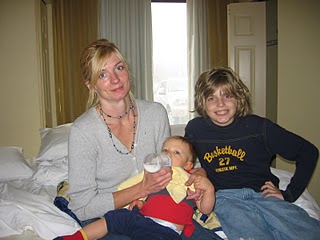 On the 6 hour car trip, even a foot is interesting: 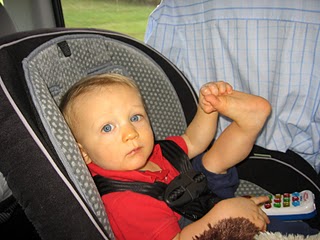 Isaac is obsessed with Lucy’s toy basket. He takes out all of her toys, and yesterday decided to get into it (although it was a bit of an accident – he was trying to get over it): 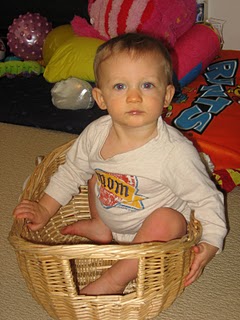 Just playing and being all innocent: 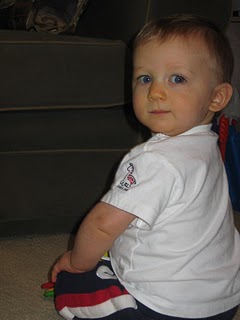 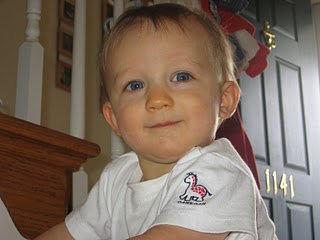 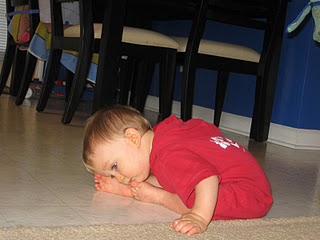