i gave isaac his first at home haircut last night.
he usually has a complete meltdown when we take him to get it cut, and i was tired of paying for and tipping for an imcomplete haircut. so… we bought clippers and i became the barber of the family.
the clippers worked slightly better, probably due to the play-doh and other toys we placed on his tray as i hacked away. it’s no gq haircut, but it will have to do until he learns to sit still for more than 20 seconds at a time. 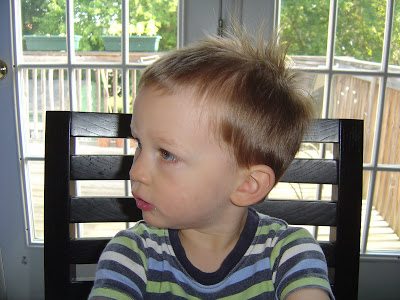 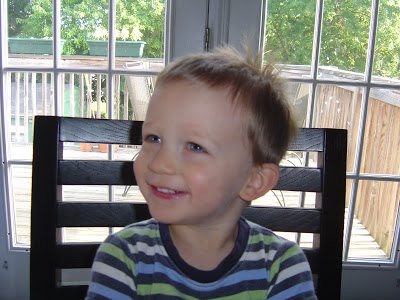 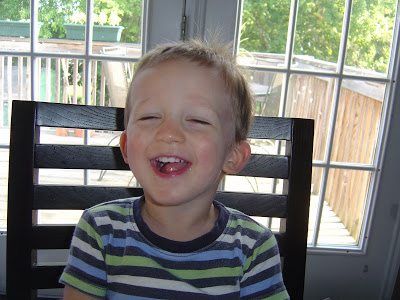