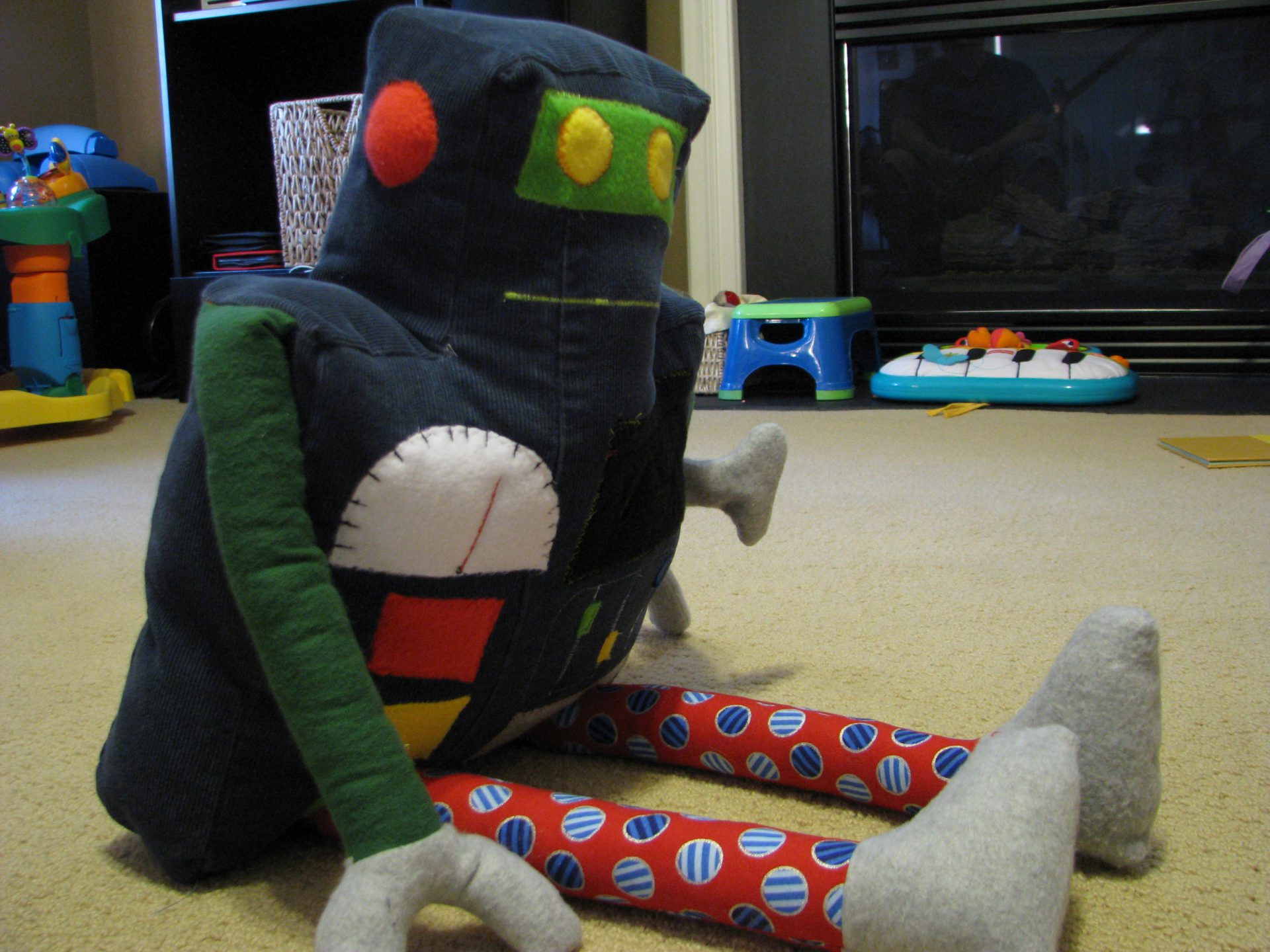 awhile back, early in my crafting days, i made a robot for isaac. after a couple of years of play time, he’s seen better days. one leg has almost completely fallen off. most of the stitching is pulled and snagged and not looking so hot. and the cheap-o craft felt that i used is all pilled up and fuzzy. isaac requested that i make a new robot for him. since he probably thinks that all i do is make stuff for anna, i quickly sketched out a pattern for the new robot and got to work.

the new robot is almost as big as him. the body (including attached head) is 12 inches wide and 15 inches tall. the legs are probably another 10ish inches, as are the arms… he’s a big guy. it took up almost 1/2 a bag of polyfill. anyhow, isaac is pleased. and i’m pleased that this robot will probably withstand a bit more abuse. the best part is, he’s made of an old pair of corduroys and scrap fabric.

anyhow, let me introduce you to the isaac-bot 2.0:

One Reply to “new and improved robot”