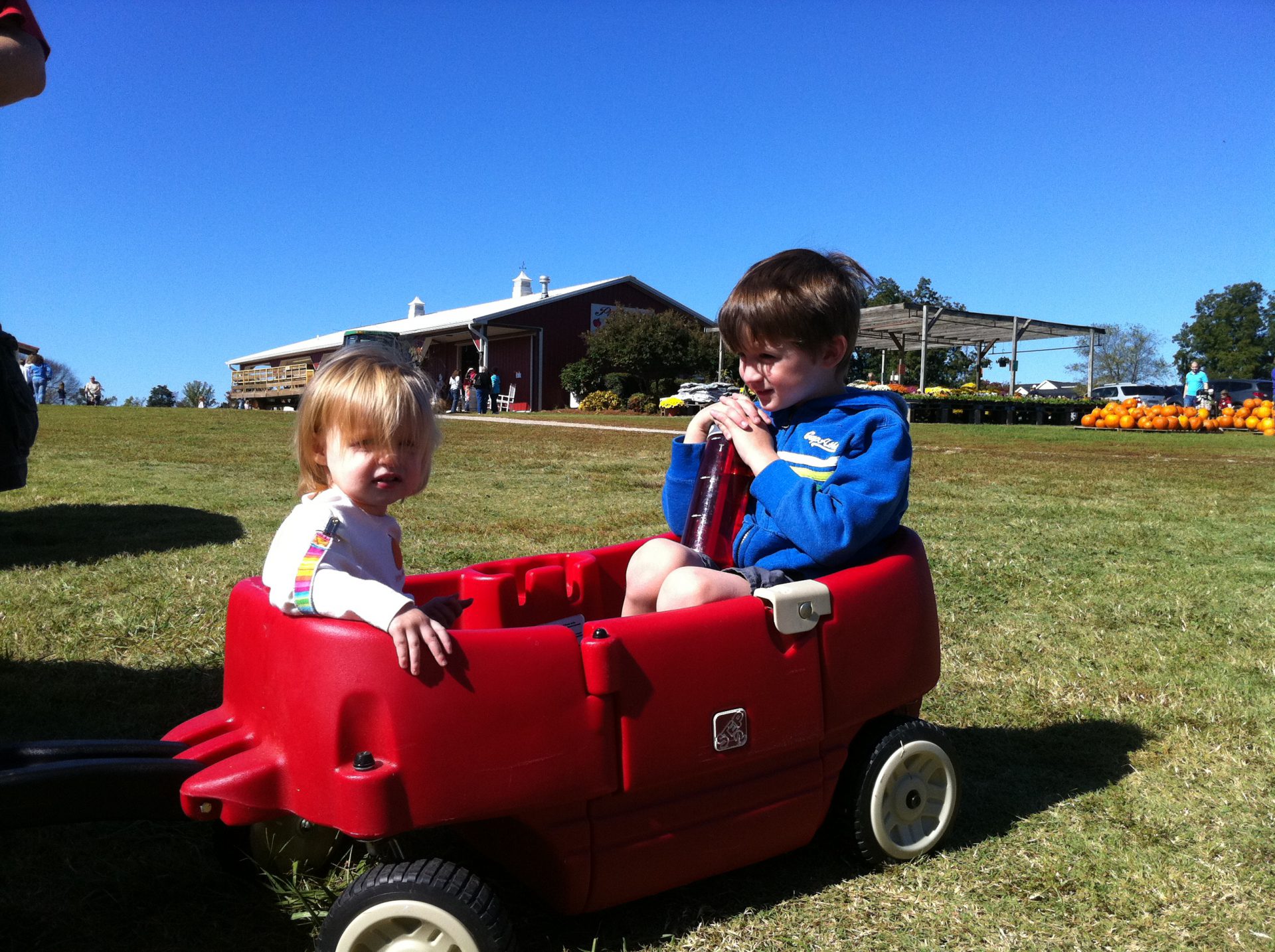 i thought i was about due (overdue, that is) for an update on the lid kids.

for starters, he can’t smile on command. we get pictures home from school almost weekly, and in each one, he looks like this.

as you know, from the THREE birthday parties at the end of january, he’s just over five. he’s getting quite independent. and by independent, i mean mouthy and stubborn. he can finally get himself entirely dressed (except for tying his shoes, thank you shoe industries for vel-cro). he also thinks he can do just about everything else, usually without asking. like get anna out of her crib. and make his own peanut butter sandwich. he even tells us that we can leave him and anna home alone and he can take care of them.

he loves Loves LOVES school. he likes his teachers. and his classmates. well, the boys anyways. the girls are “not allowed in his team”. he always gets a green light and seems to enjoy structure and learning. we think he’s on the verge of reading, but he’s not willing to work on it with me, his mom, so it will have to wait until school teaches him. or super-why. 🙂

home. home is a different story. i’m not one to wish away my time with the kids, but we are in one phase of childhood that i will be happy when it passes. ike is very argumentative. and reacts to any discipline with yelling and screaming, throwing, slamming, and sometimes violence. it’s lovely, i tell you. every small thing escalates into full scale war. frustrating.

let’s see. he LOVES to play pretend. he’s got one zillion (exactly) figurines. and he will sit and pretend play with them for hours. it’s pretty cute. he still loves to play with play-doh and paint and glue and other whatever other messy art endeavors we can find. he can blow through a roll of tape in minutes. his favorite thing to do (sadly for me), is play video games and ipod games. we are able to limit it, as he has to buy time on the wii with stars that he earns for chores and behavior. the hard part is that he gets frustrated with the games and asks us for help repeatedly and then gets mad at us and/or the game when he can’t pass a level or board or whatever. then there’s yelling/screaming/throwing/violence. grrrr.

he’s still tall and skinny. he just recently became a size 5 regular boy. versus 5t. which is different, apparently. and more expensive. sheesh. i have to shop in the size 5-16 section, for him. so, i pay the same as a mom with a size 16 kid. and the clothes aren’t cute anymore. all skulls and skaters and guitars. oh and obnoxious sayings about sisters and not doing homework. 🙁

oh. she started out so sweet. sweet sweet annababy.

she’s so feisty. and mischievous.
if she sees me coming with a diaper, or a change of clothes, or even a jacket, she runs for her life. once i catch her, i have to hold on for the duration of the event, because she only needs 0.5 seconds to make her escape. she will hurl herself off the changing table, if a getaway is within reach. and if i do hold her down, she screams and cries the entire time (and even sort of laughs a little – possibly at the ridiculousness of it all?). she is obsesssed with the toilet. flushing it. putting toilet paper in it. or dog food. or toys. or her whole arm. i’m also ready for that phase to pass.

isaac was a pretty good toddler (after we passed the crying for 6 straight months baby phase). so, i was not prepared for anna, who when frustrated, hurls herself to the ground and kicks and screams and bangs her head on the floor in full stereotypical temper tantrum style. nor was i prepared for her to hit when told no. or throw toys. and pout. which is super cute, so it’s hard to be mad. except that it’s usually accompanied by the other less cute methods of showing displeasure (hitting, throwing, kicking, flailing). she also has this skill, where she seems to disconnect all the joints in her body, turning into a jello like lifeless form, and slipping through your hands. it’s an effective, albeit dangerous, escape technique.

she is still pretty cuddly. she likes to get her (ugly brown) elephant blanket all wrapped around her and snuggle up with me. i’m not complaining. ike never did. she’s pretty attached to the blanket and pacifier. when i wash her blanket, she stands in the laundry room and watches in the machine.

she’s still not saying much. ball, doggie, mama, daddy, bubba (isaac), milk, duck, hush, and pop. she seems to try to repeat some of the words that we say. but, those words, combined with pointing and shaking her head yes and no are all the communicating she seems to need to get by. she knows lots of words and can point out crazy things in books. we’re not worried. isaac was pretty much the same way and now he never ever stops talking. and he is quite the articulate little fellow. so, i’m sure someday i’ll have two chatty kids and i’ll be longing for the days of pointing and nodding. also, just so i can remember someday. anna says “nokey” for milk. so cute.

i think my favorite thing about anna, or one of them, is that she sings to herself all the time. usually to the tune of twinkle twinkly little star. or the a-b-c song. it’s hard to tell. :). sometimes it’s all one syllable: mama, mama, mama, maaaa… or baba, baba, baba, baaaa. other times, it’s different, almost like she is singing the alphabet. ah, ee, oooh, da, bee, oh, deeeeee… she sits and plays so good. she loves to dig through ike’s playmobil animals and people and talk and sing to them. she can put together a board puzzle like a champ. she loves reading books and pretends to read them to herself. she loves to play with play-doh and draw. she even holds a writing utensil properly (a feat ike has yet to accomplish). we have to hide all of the pens and markers up high, because she will draw on anything. carpet. couch. table. etcetera.

anna will be two in may. she’s getting so big and it makes me sad to realize she’s really really not a baby anymore. she can’t fit into all the cute 18-24 month one piece outfits that they don’t make in 2t or bigger. sad. maybe i can cram her in them a few more times.

isaac and anna get along ok. he gets annoyed with her because she’s always messing with his stuff. she gets annoyed with him because he’s always trying to show her the “right” way to play with something. then there’s hitting and screaming, etcetera. we are getting ready for a couple of road trips. disney on friday. possibly ny at the end of this month. disney shouldn’t be too bad because we are both going and one of us can separate the siblings. the ny trip would just be me, with no co-pilot to help diffuse any brotherly-sisterly chaos in the back. should be an exciting time.

anyhow, thanks for bearing with me. the future me, who would never remember these things appreciates it. 🙂

3 Replies to “about the kids”