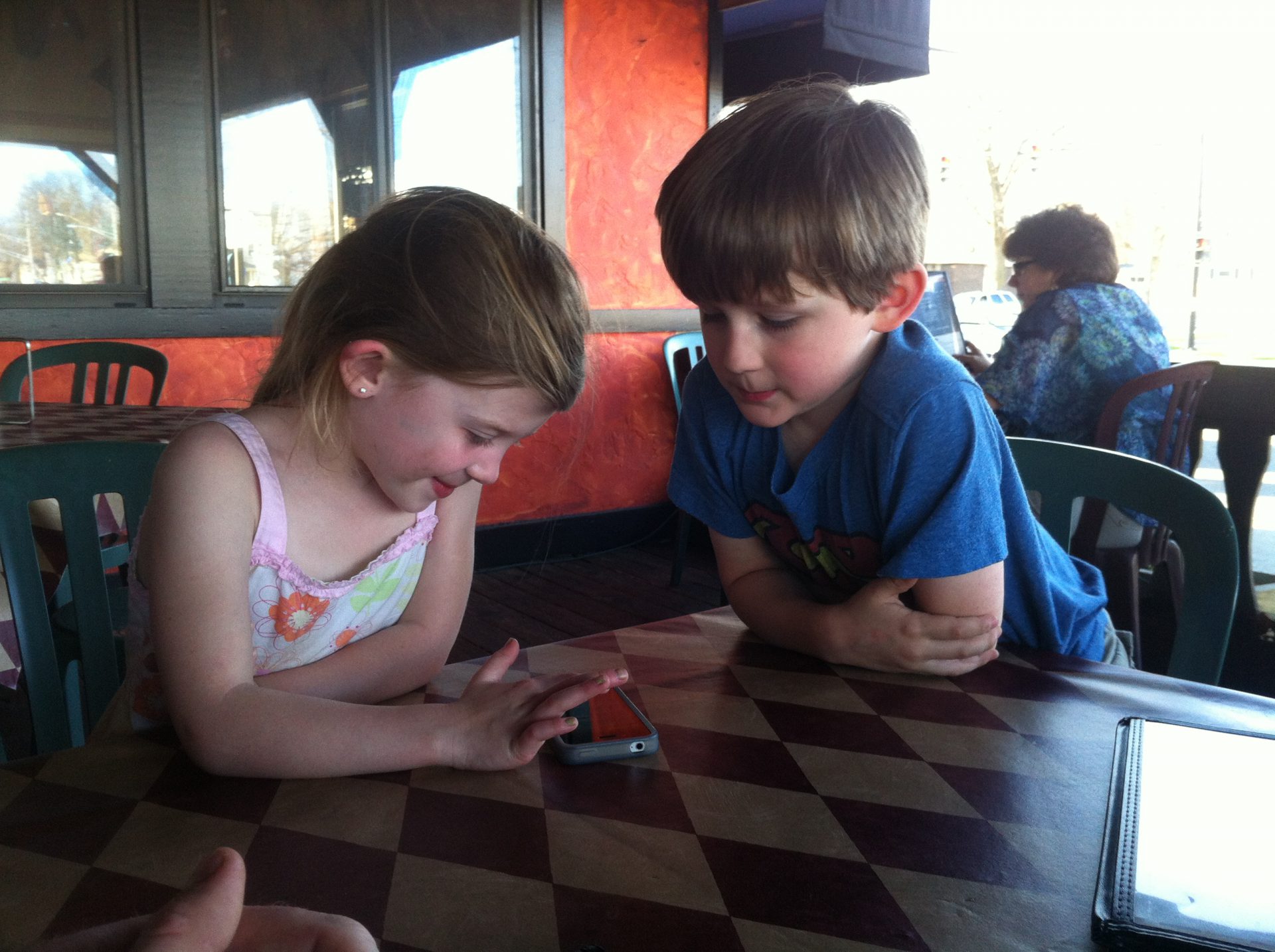 yesterday morning in batavia was a little crazy, after finding out the news about my uncle ray. we went to julie redband/varland’s house to play with her isaac (her anna is in school). then, anna took the world’s longest nap.

and then we went to the old pontillo’s (now “batavia’s original”) for 25 cent wings and $7 pitchers of beer. my old friend from high school days, ryan brought his daughter who is ike’s age and another friend todd joined us. just a cozy group of old party friends, our kids and my parents. 🙂

without getting into the crazy ridiculous details of our terrible service, i’ll just tell you that we had no silverware, but for some reason had tongs. and that’s what anna used to eat.

isaac and roan were making up reasons why the O was missing from an OPEN sign across the street. one theory was that a witch might have taken it and put in her cauldron of hot lava. cute. anna thinks she’s big too.

when we came home, ike “fished”. and by fished, i mean slammed his hook down into the water as hard as possible. 😉

One Reply to “pontillo’s friends.”