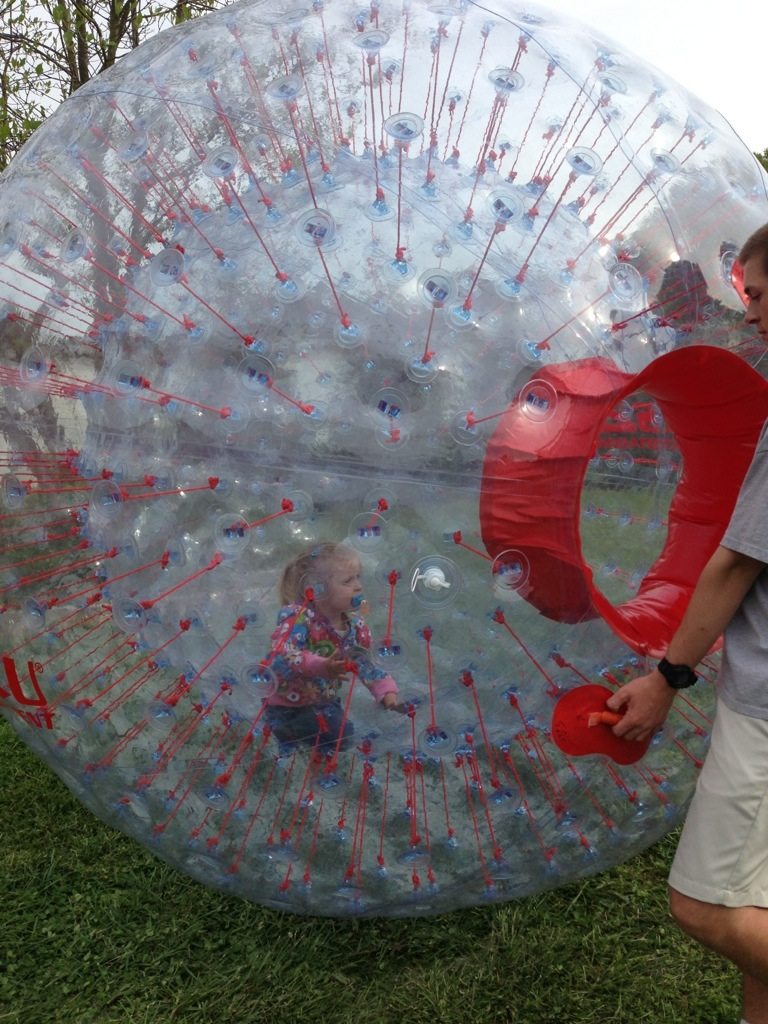 last friday (as in, two fridays ago) (as in, over a week ago) isaac’s school held their annual spring carnival. it’s pretty much a giant fundraiser for the school’s “specials” teachers. i guess other schools have to share their PE, art, and music teachers, but thanks to the money they raise at the carnival, they are able to hoard the teachers all for themselves.

there was a dunking booth and photo booth and tons of other games that i didn’t take pictures of. a cake walk. plinko. duck pond. and so on.

mr. noftle, the music teacher, and one of ike’s favorite people on the planet was making balloon animals and such. anna scored a flower. isaac got a white dog. neither of them made it all the way through the night with us.

there was a little petting zoo. snakes, goats, pigs, bunnies, a hedge hog. and a bunch of unsupervised kids poking them with sticks and picking them up and carrying them around. i am not a fan of unsupervised packs of elementary school kids. anna and ike observed from afar.

we waited in a long line to take a spin in the giant hamster ball. anna wanted to try it too. she only went about 20 feet before deciding she’d had enough.

i didn’t get a close up of ike, because he was down and back almost before i even had anna loaded in her hamster ball.

we filled up on some cici’s pizza and chips and pop for dinner. in the cafeteria.

before heading off to the silent auction in the media center. and before the complete meltdowns….

a lot of the teachers were up for auction. if you “won” mr. davis, the gym teacher, you could pick 5 friends for a pizza party and some playtime in the gym. mr. noftle offered lunch and a free music lesson or magic lesson. ike’s teachers would have a picnic lunch, with some chick fil a and a silly string fight. isaac so badly wanted to win mr. davis. we tried, but when the bidding went into the 100’s of dollars, we backed out. and he burst into tears. unconsolable tears. we did, however, win the silly string lunch with mrs. matthews, for the steep price of $65.

the quilt that i made brought in a whopping (#sarcasm) $90. it cost $60 to make. the good news is that johnlee’s family are the winners, so at least there’s that. anyhooo….

then anna fell. and banged up her chin pretty good. so, my two screaming children and i headed home for the night. 🙂