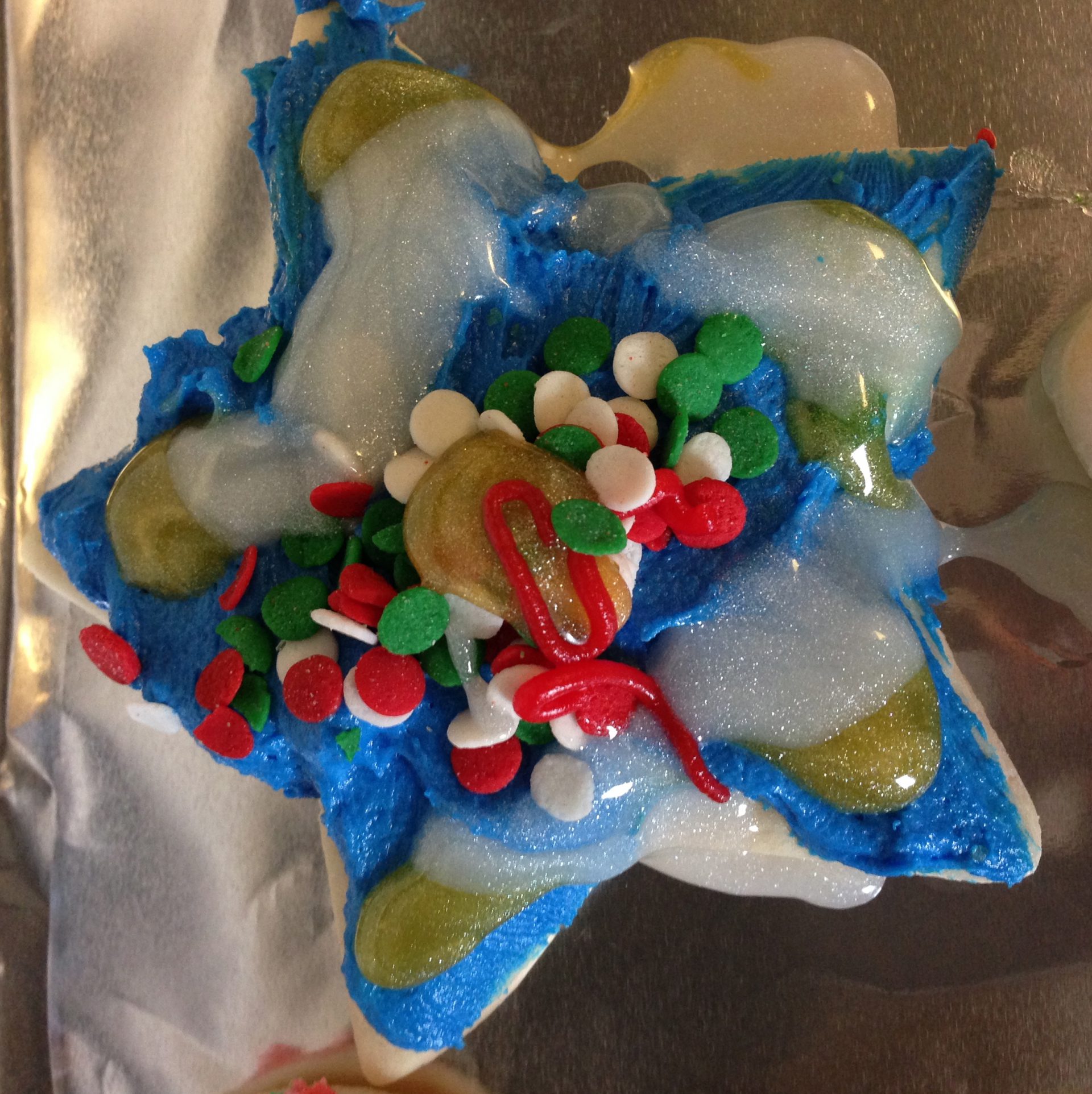 ok. so, knowing hazel was making an early december arrival, i knew i wouldn’t be making a bunch of christmas cookies, as i have in years past. but, i definitely wanted to make cut out cookies with the kids, because that’s super fun, and i didn’t want hazel to steal all of the christmas thunder…

two days before i had hazel, when things weren’t looking like she was EVER going to come, we made up some giant batches of roll out sugar cookie dough. 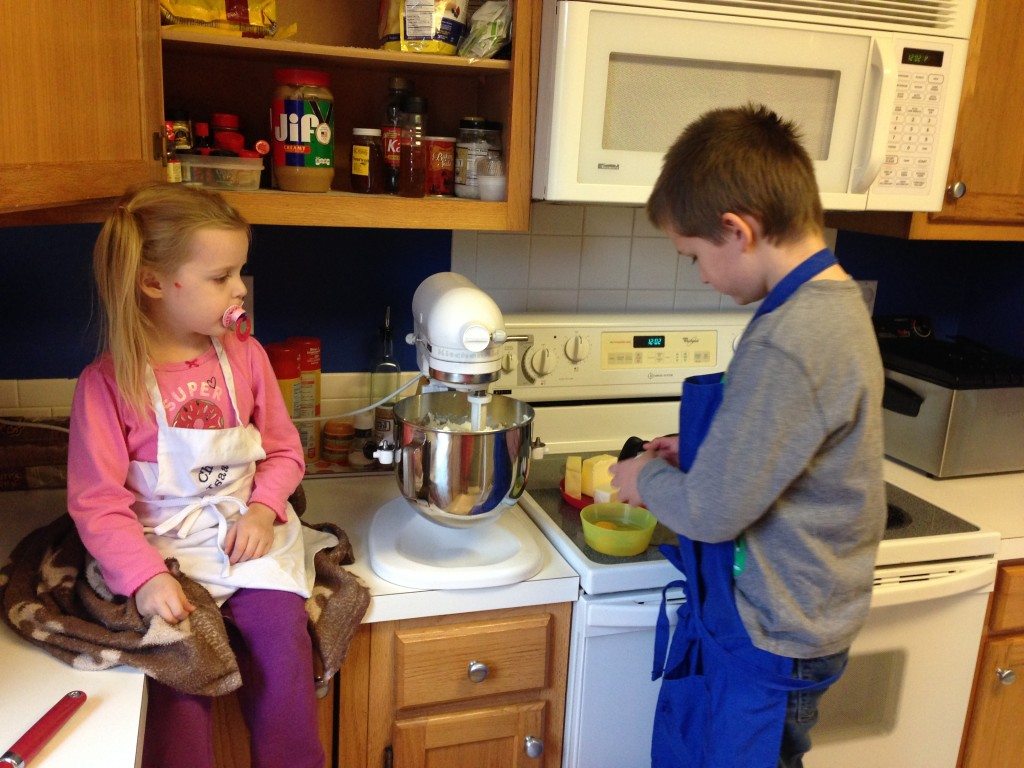 then. the next day, the inducing orders were handed down. hazel was born. fast forward to a week later, and derek’s mom was here to help out… she took over hazel rocking duties after school one day, and me and the elder two lid kids got to work. 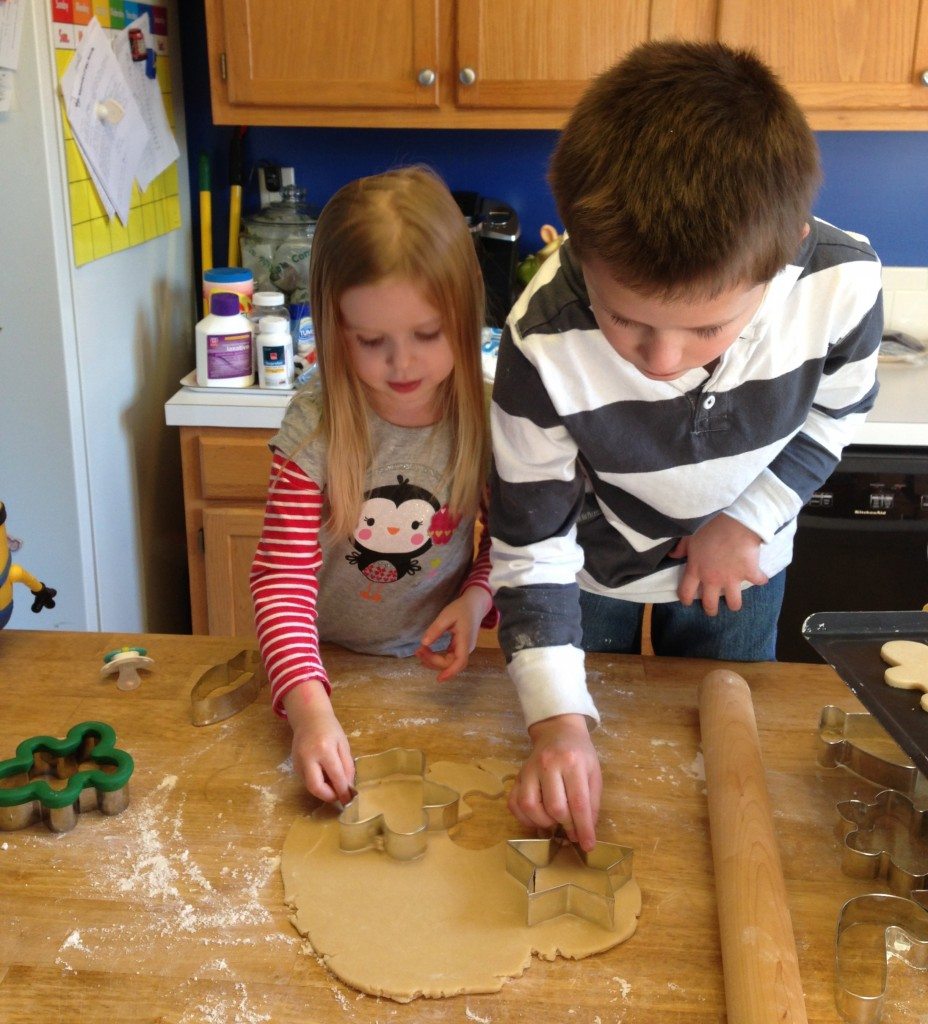 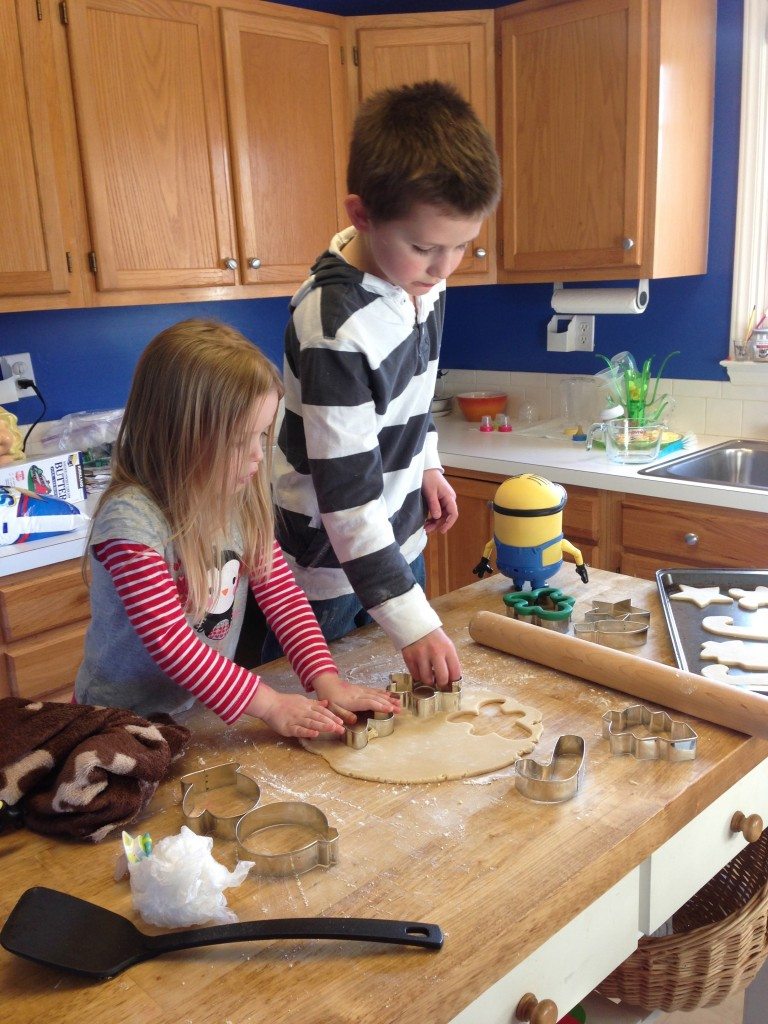 isaac faded on us (he just wanted to eat the dough). anna finished strong. 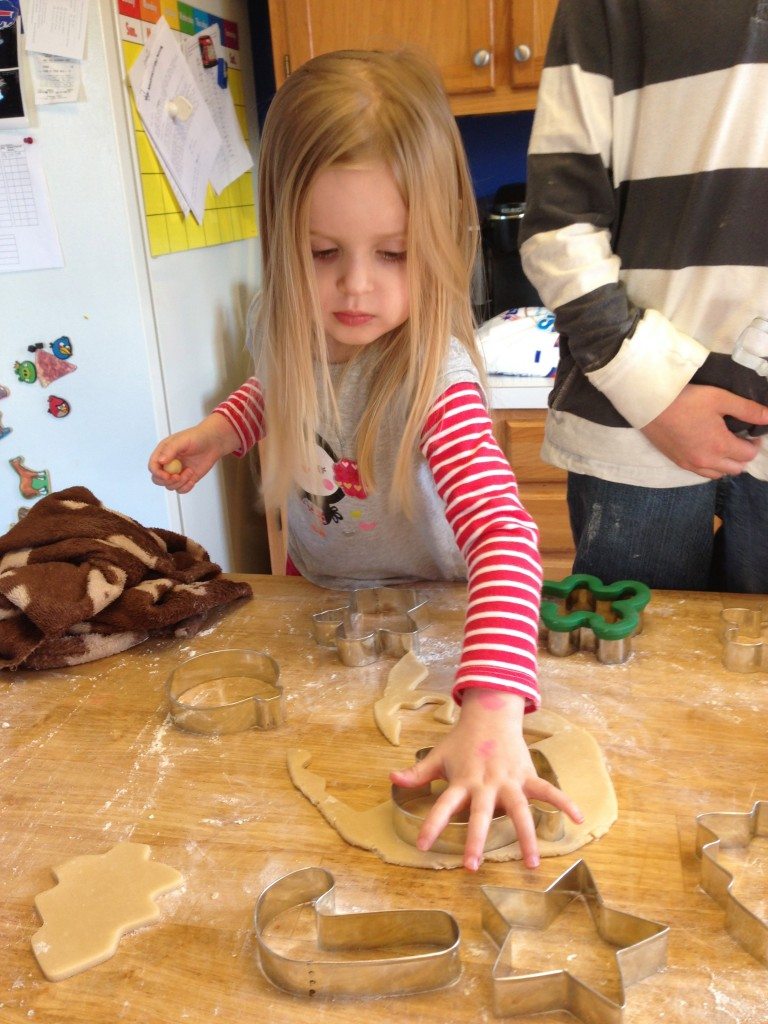 finally, today, we finished the task. i put out all of the possible christmas decor i owned and let the kids go to town. we started out neat and tidy. 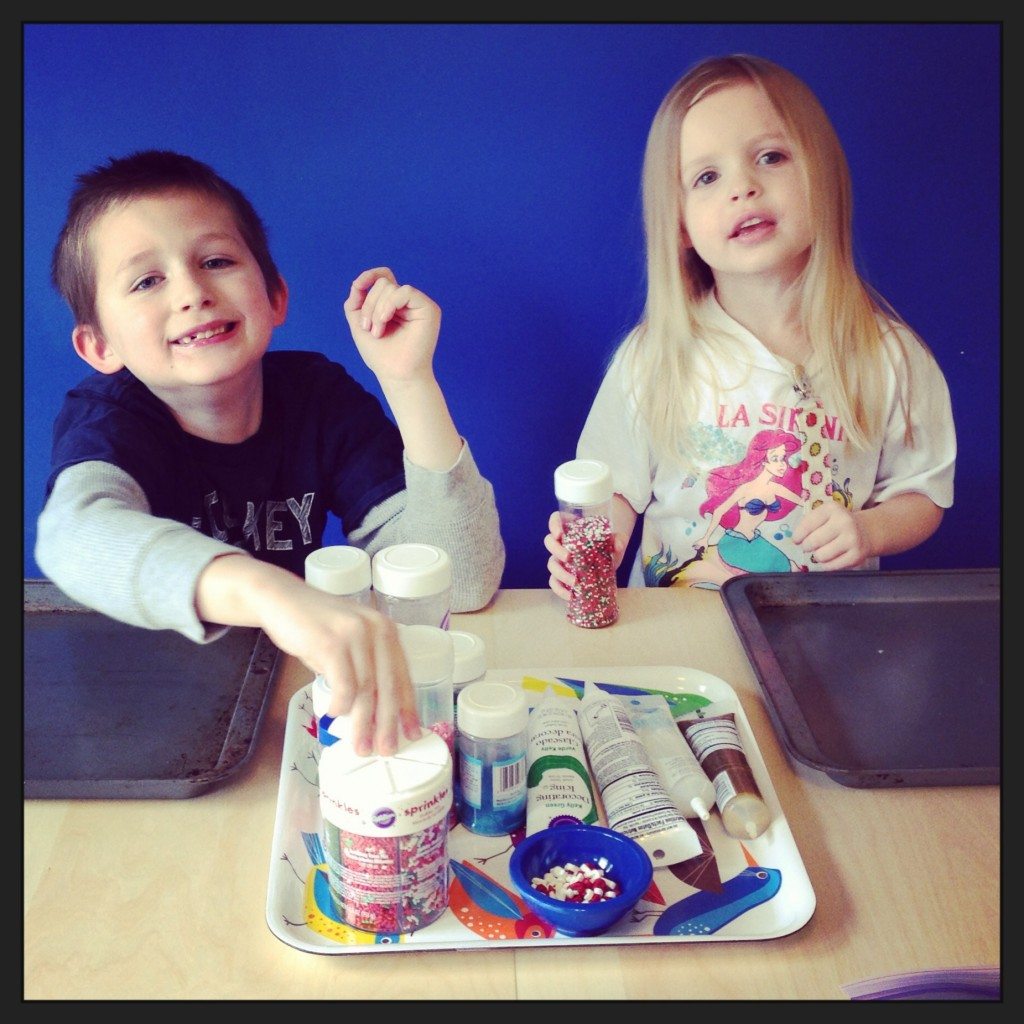 but, soon the sprinkles were flying and decorating was underway. 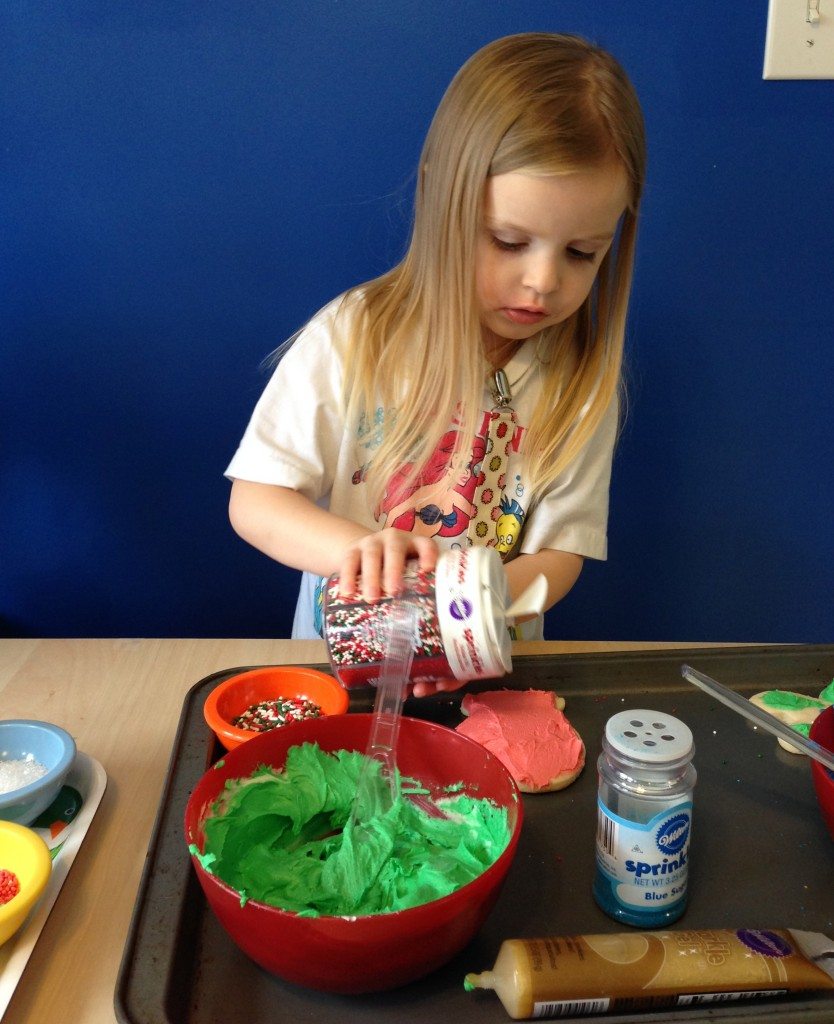 then there was an “incident”. you see, isaac doesn’t sit still all that well. so he was flopping around and squirming and then, suddenly, he slipped of the end of the bench. on his way down, he reached up to grab the table, and flipped his tray of five or so decorated cookies up into the air. they went flying into the wall and all over the window and rug by the door. sprinkle and frosting mania. he started crying, both because of pain and because of his lost creations. it was a bit of chaos. anyhooo… he recovered nicely and worked very hard on some new cookie creations. 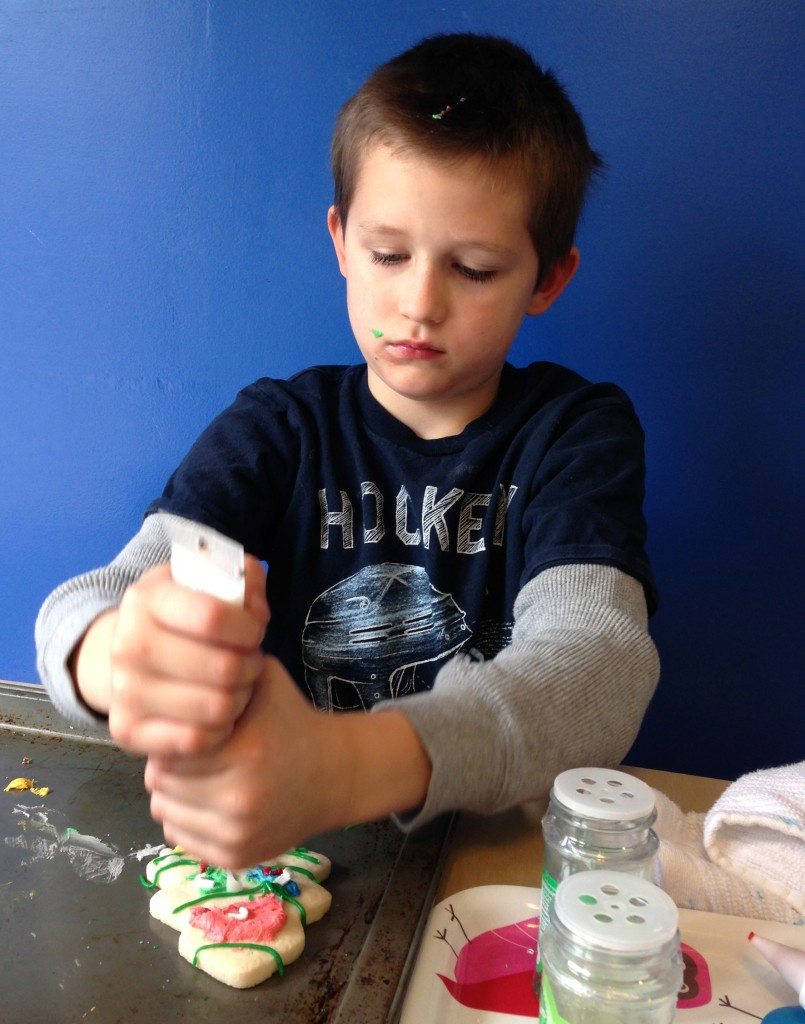 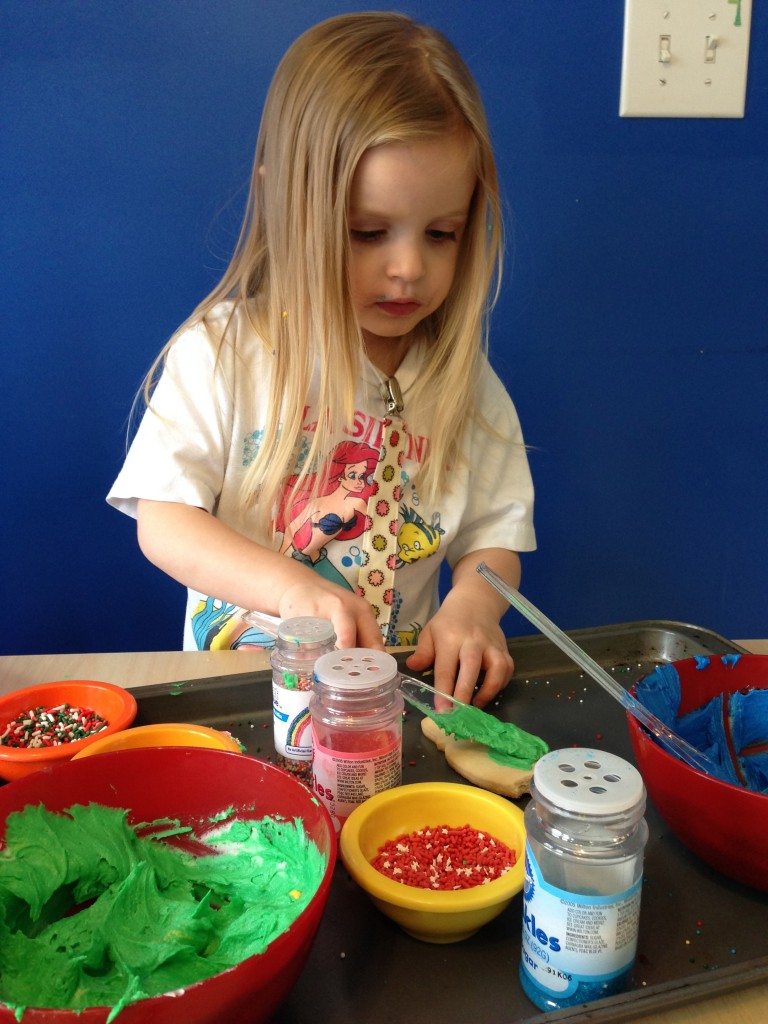 until she started nibbling on the cookies. she ate part of this one plain. then decorated it. then ate more of it. then gave it to me to put with the rest.

it was a disaster by the time we were done. the trays were pretty much pointless. just another thing for me to have to clean. sprinkles and frosting were everywhere. 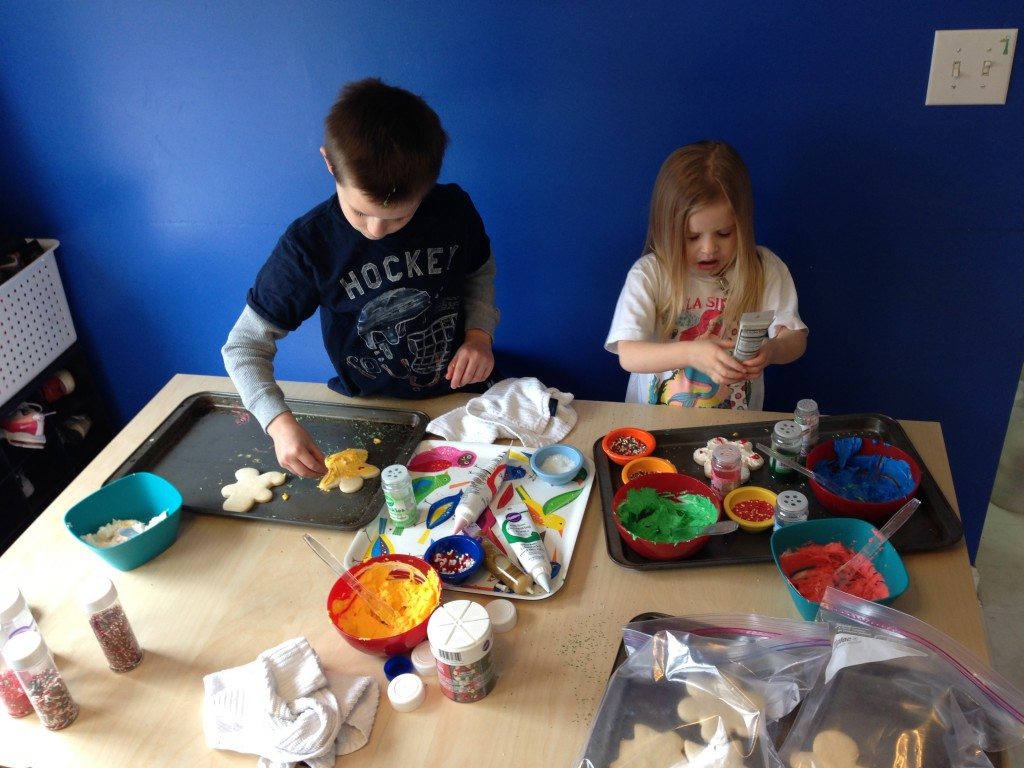 but, the cookies were fantastic.  the first column are mine (and mostly germ free).  the 2nd and 3rd columns are anna’s.  and may or may not have a bit of saliva mixed in.  and the last two columns are isaac’s.  and are definitely contaminated with a nasty cough he has been attempting to infect our entire household with lately. 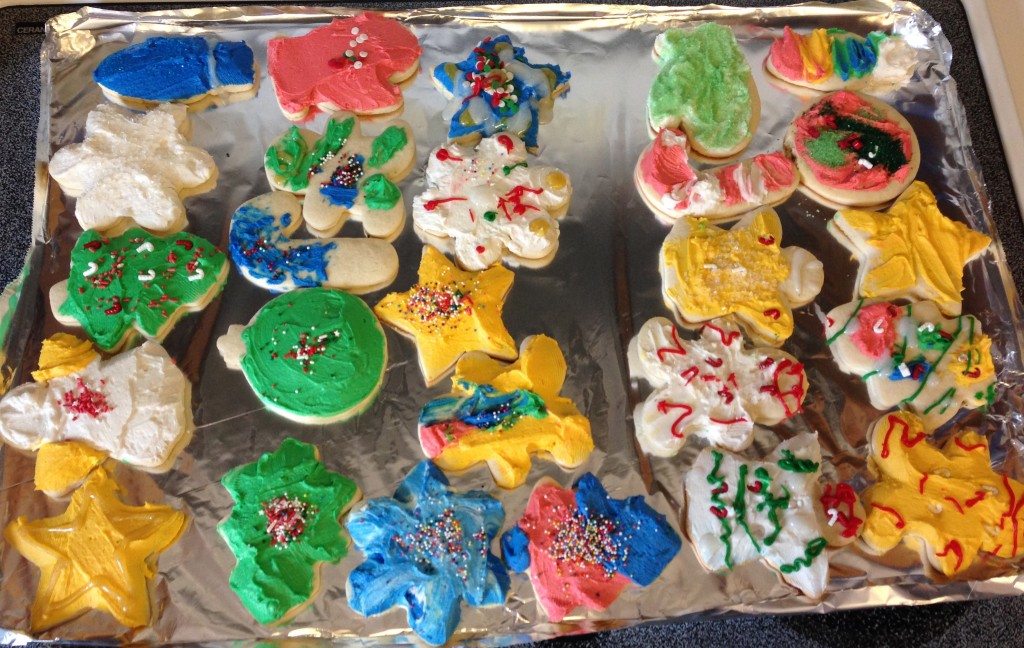 this is my favorite of isaac’s… 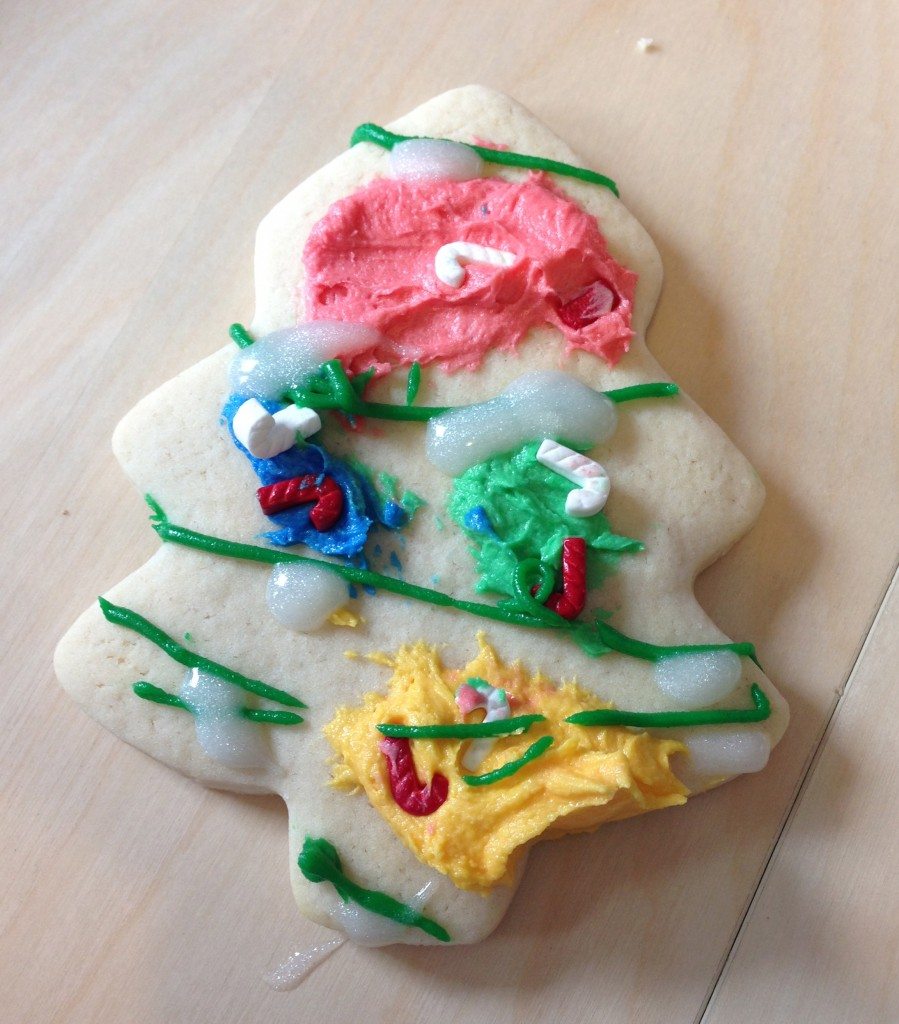 and my favorite of anna’s. piled high. 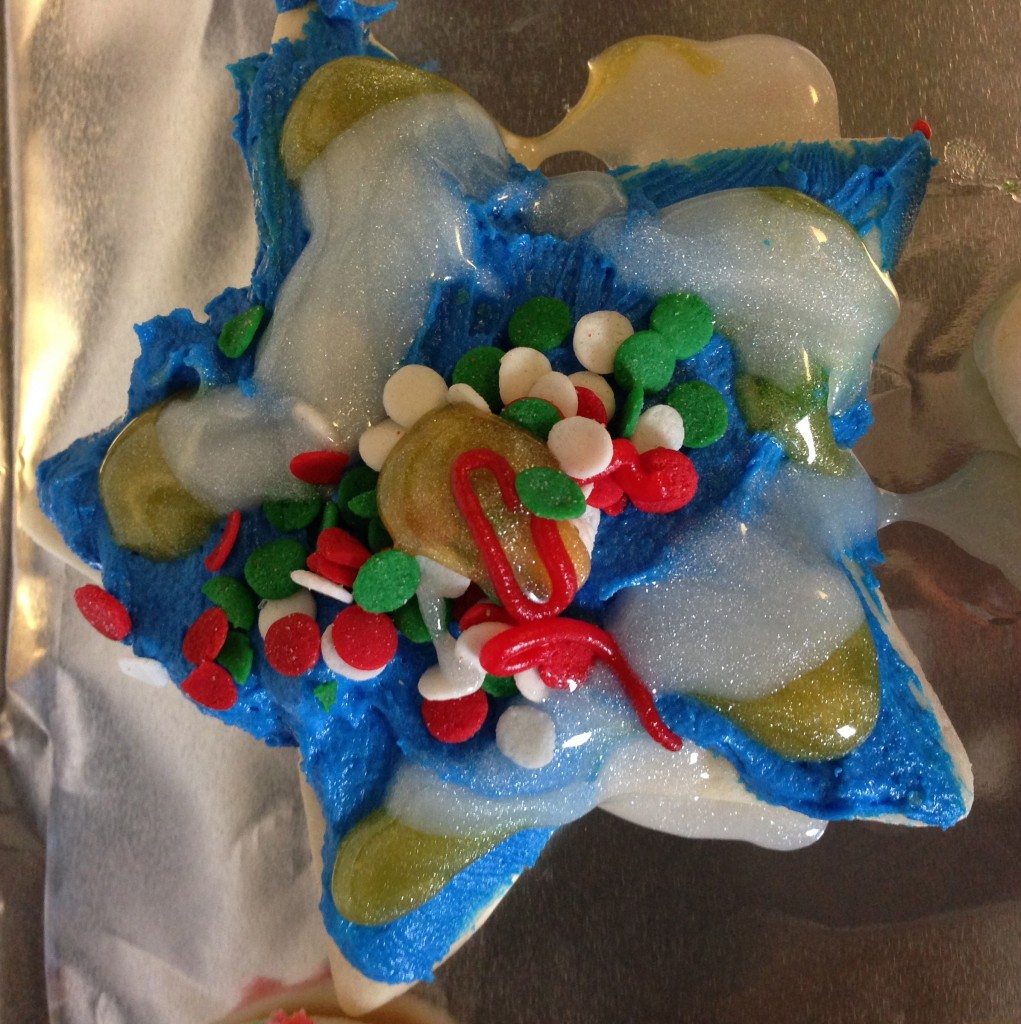 anyhooo… it was a bit stressful, trying to make this happen with the third lid kid on the scene. but, i’m very glad we got to it. i think the kids had fun, even though i was clearly stressed and running low on patience.