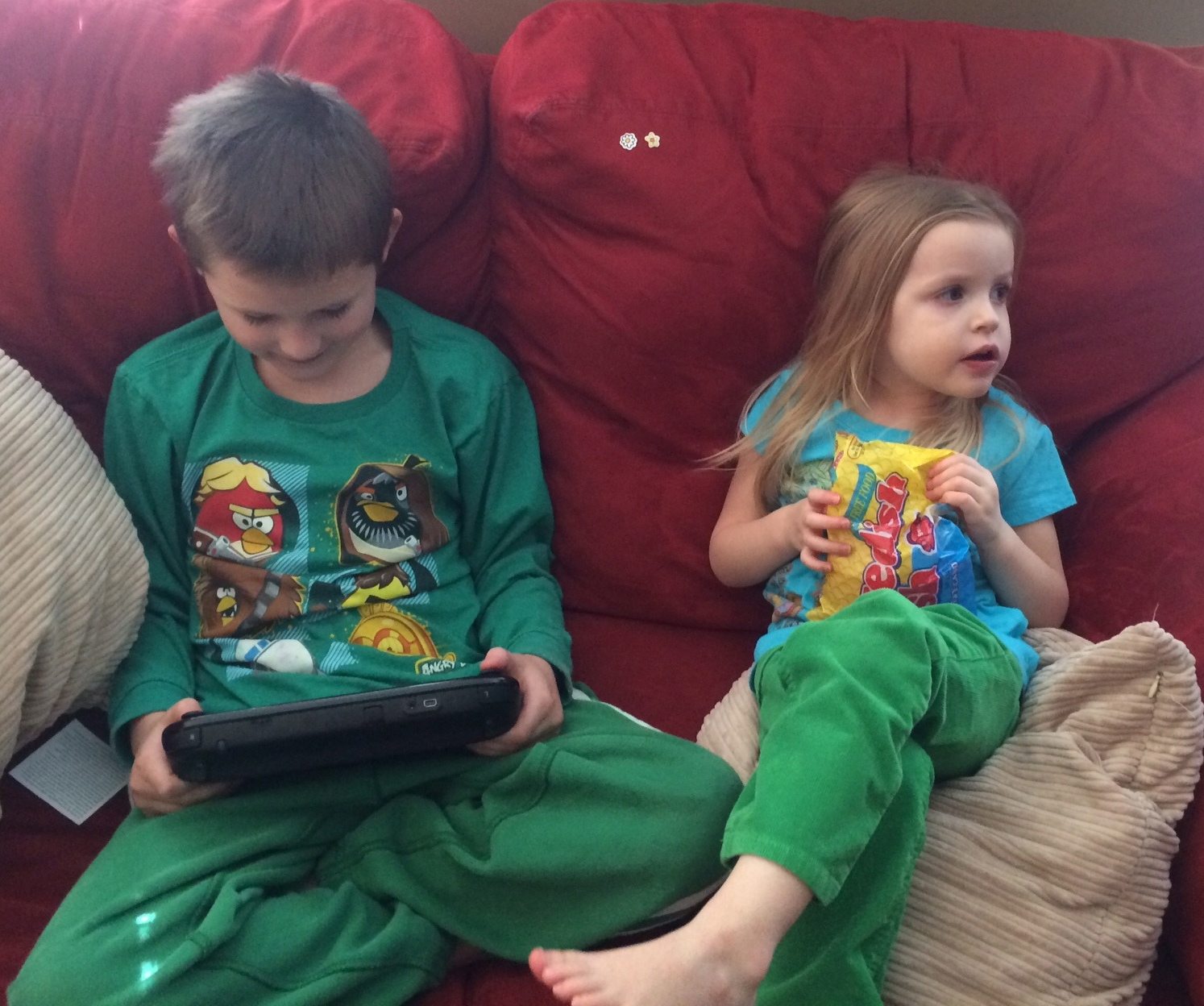 warning. lots of cute pics on the way.

but, first. some brutal honesty.
things have been difficult around here. we have been having a really hard time with isaac and anna for the last few months. we hoped that it was just some tension because the baby was on the way. and we had hoped we could get a grip on it before the baby came. but, no. things are still tough.

everything isaac does is 900 miles per hour. and loud. he’s forever smashing into things. flopping around. throwing. annoying anna. yelling. breaking things. whining when he doesn’t get his way. stomping when it escalates. arguing. so. much. arguing.

anna, as i’ve mentioned, has completely un-potty-trained herself. and throws tantrums at the mere suggestion she try to use the potty. lots of accidents. i caved and bought pull-ups. now she fills those, refuses to change them, and then pees out of them. it’s maddening. not to mention the fighting with isaac. she’s feisty. and does a lot of screaming at us when we tell her to do something. like get ready for bed. or put on pants. or talk more quietly. or mostly anything. or if we look at her while she’s dancing.

i feel like everything is unraveling at the worst possible time.

all of that, to explain this first pic. we moved anna into isaac’s room, thinking that it would be best for the baby to not have a roommate for all the middle of the night crying. but, then anna and isaac were chatty at night. and isaac started encouraging anna to come downstairs and saying she was scared. and they would get in each others beds. and fight. and then, the best part… they were getting up at like 5 am. and coming downstairs. and arguing with me about whether they should be allowed to play or watch tv or whatever. while i was tending to a brand new tiny baby. maddening. since i hadn’t gotten rid of the mattress that used to be isaac’s bed yet, we put that in anna and hazel’s room and moved anna back out. and it. has. been. glorious. 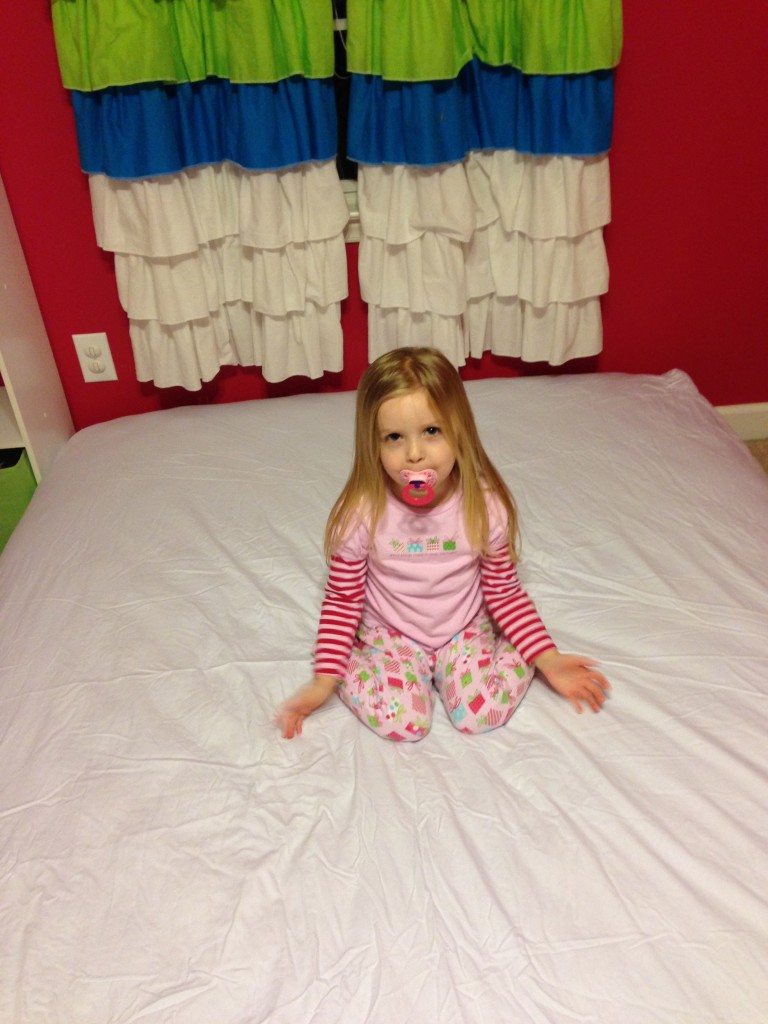 a few days before christmas, isaac came home from school with this letter to santa. um. a little late. and, well, there’s no ipad on the way. 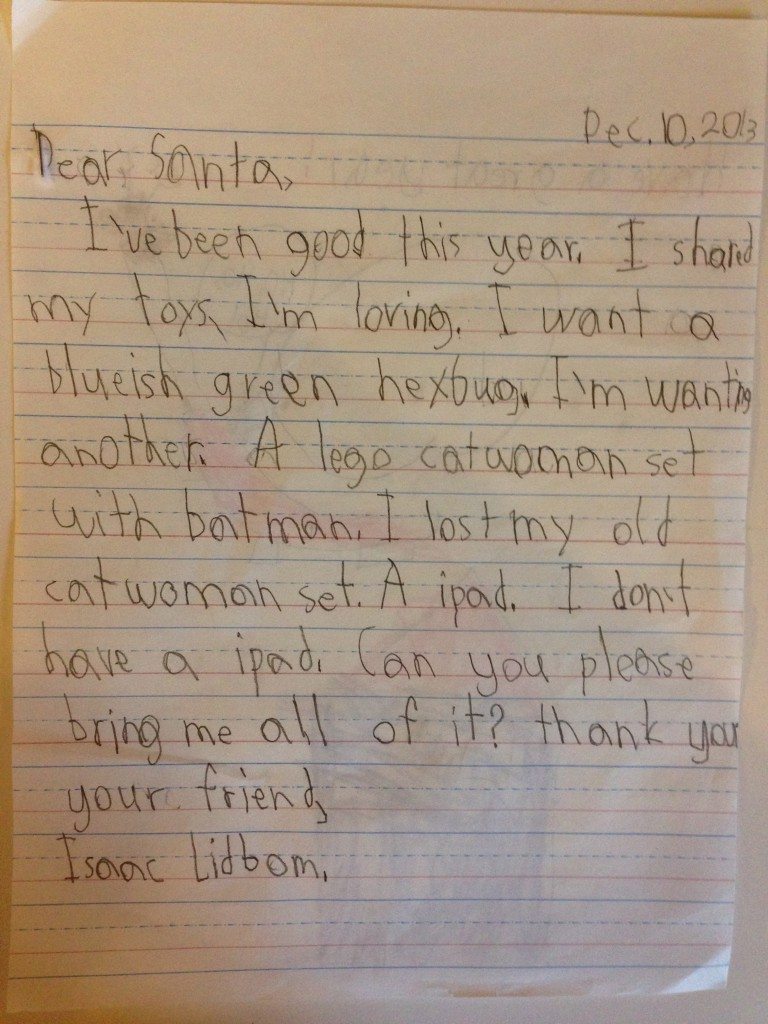 and now. cuteness. a little tummy time with hazel. 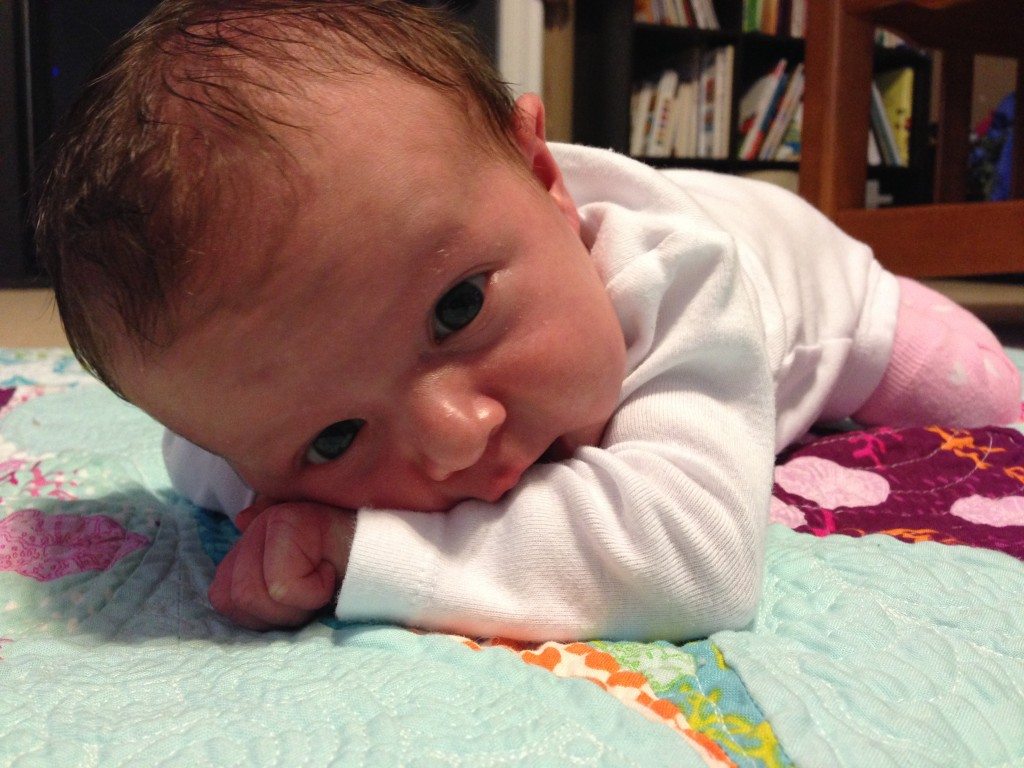 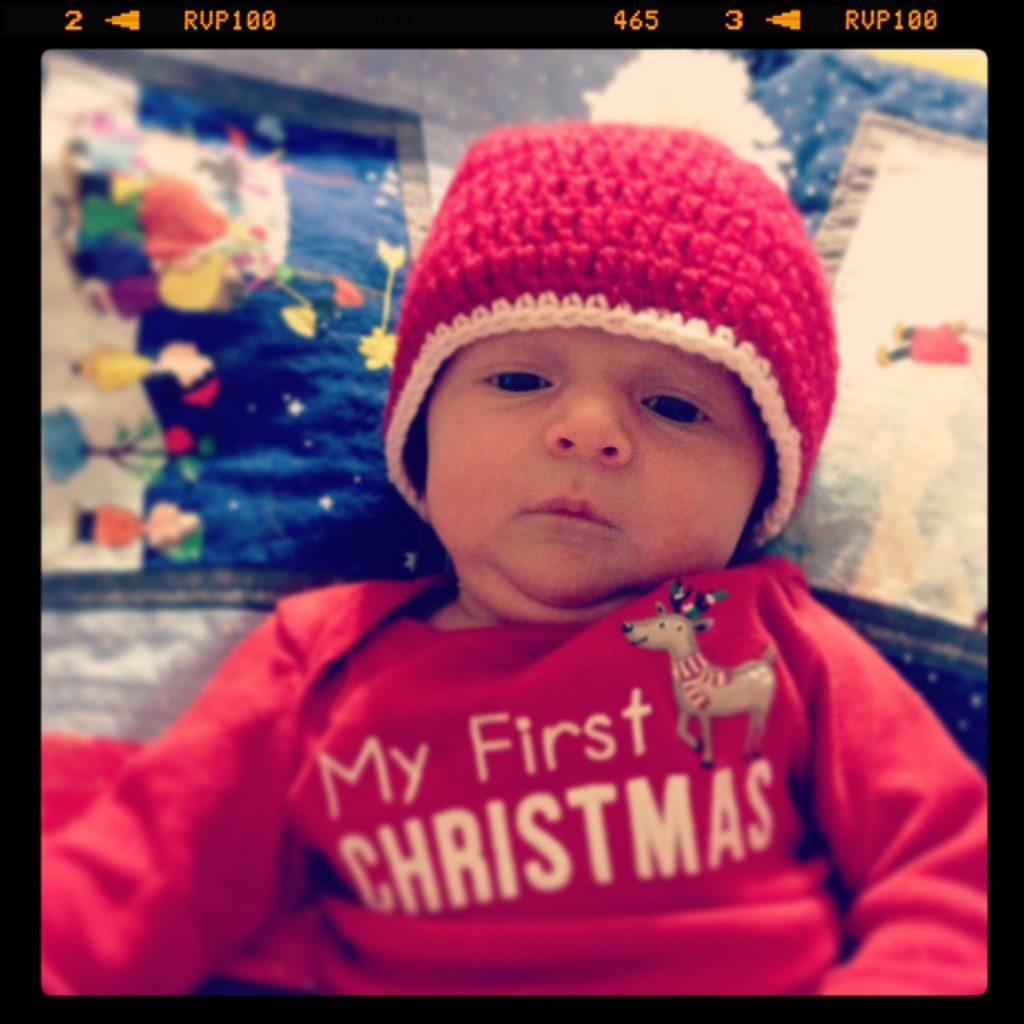 hazel had a two week checkup. she gained a pound since her last weigh in. she’s now a whopping 8 lbs and 12 ounces. here she is, waiting to be checked out by the doc… 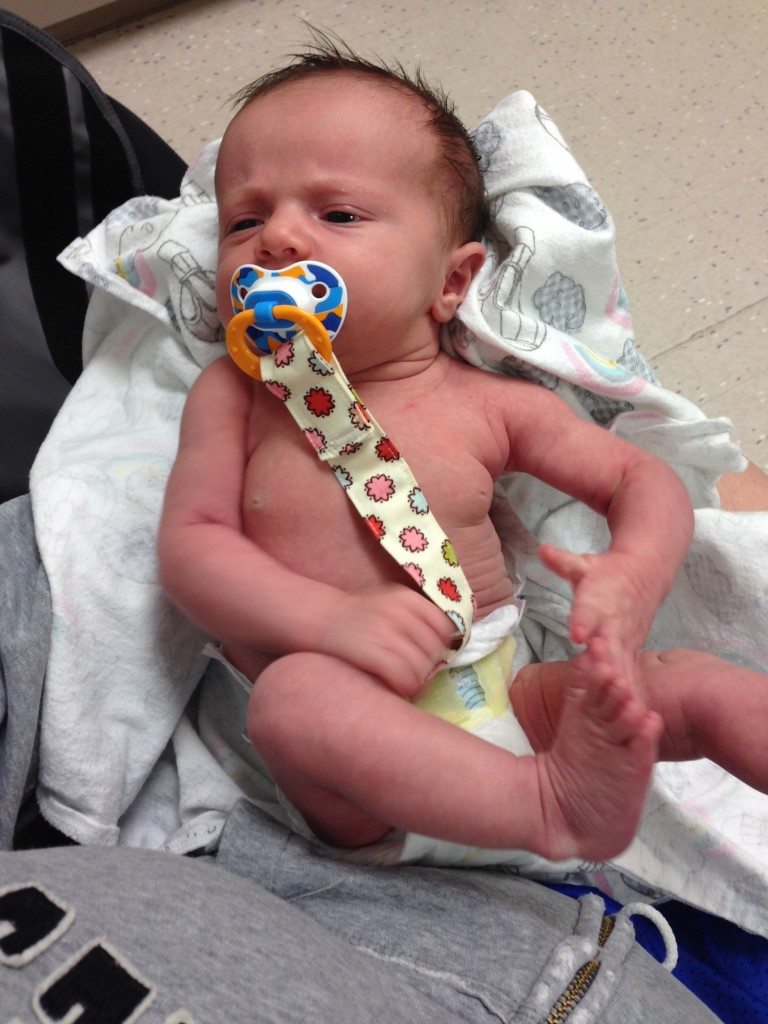 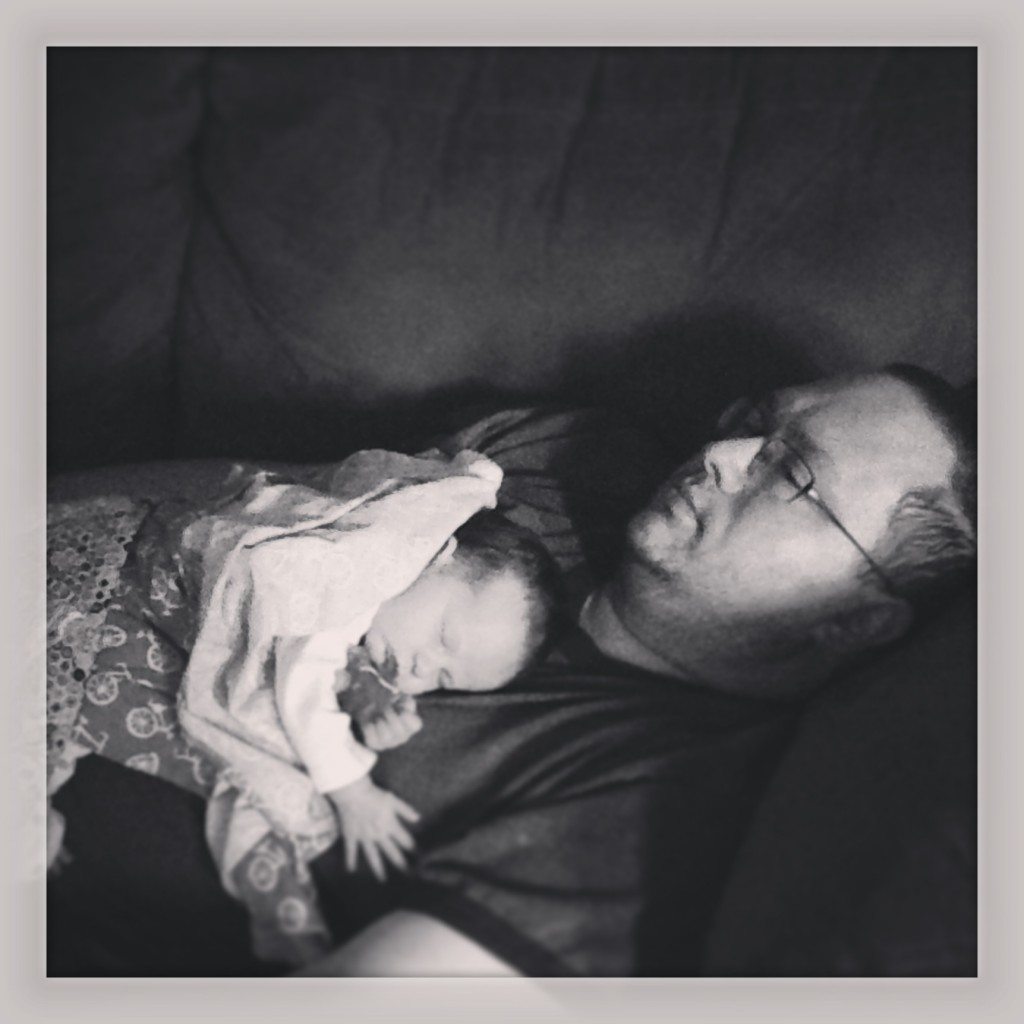 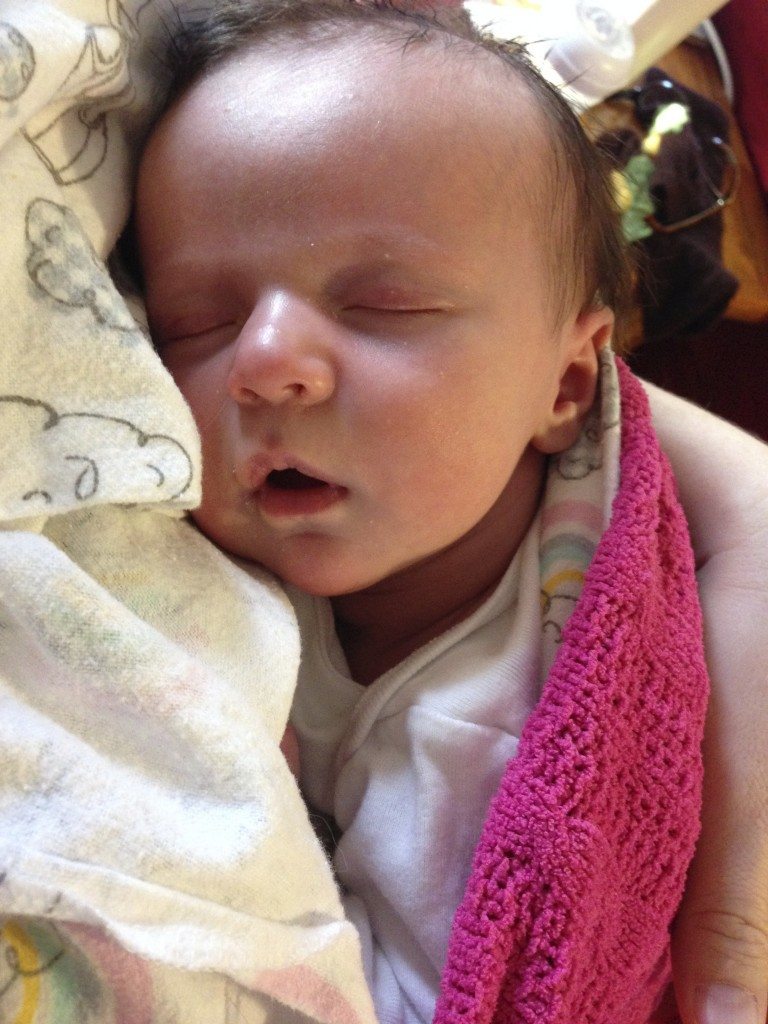 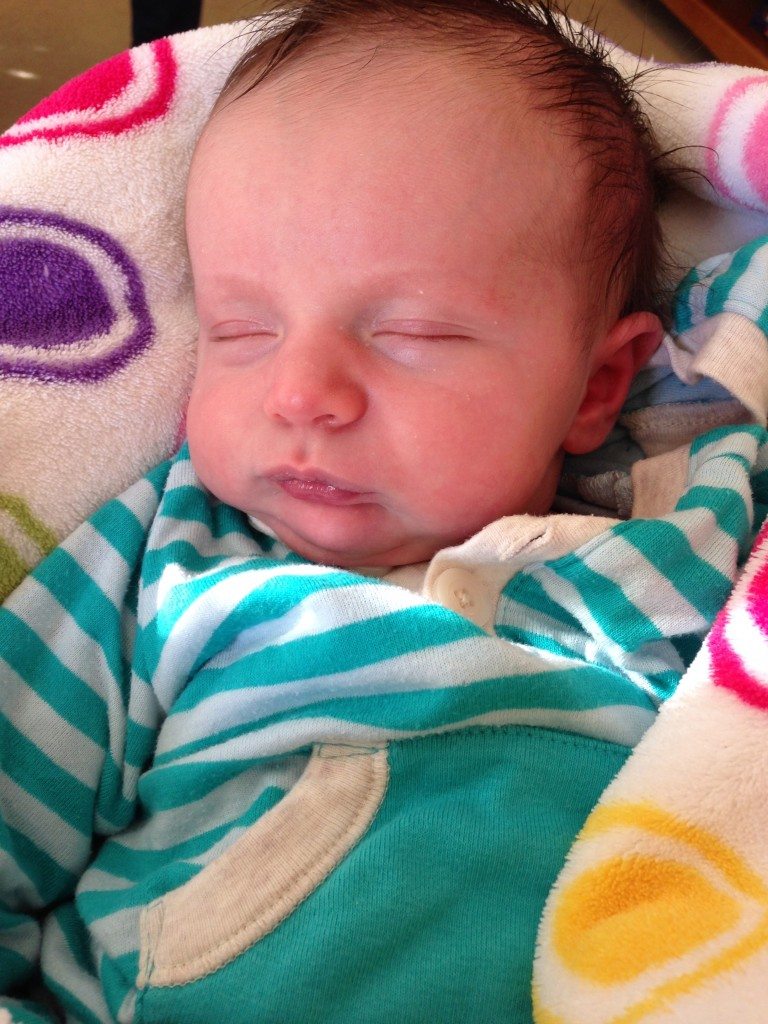 (if you’re noticing a theme, you’re correct. hazel is a terrible sleeper. like the rest of the lid kids. so frustrating. she does great. as long as someone is holding her. which is going to completely and totally suck tomorrow, when derek goes off to work and i’m at home. with the three. all alone. i detect a lot of baby bjorn in her future. or a lot of wine in mine.)

isaac has been addicted to the wii. it’s going to be rough when vacation is over and we go back to him earning his time. (we’ve relaxed the rules a bit while he’s off school). anna is going to go through some serious sugar withdrawal when her stocking goods run out… 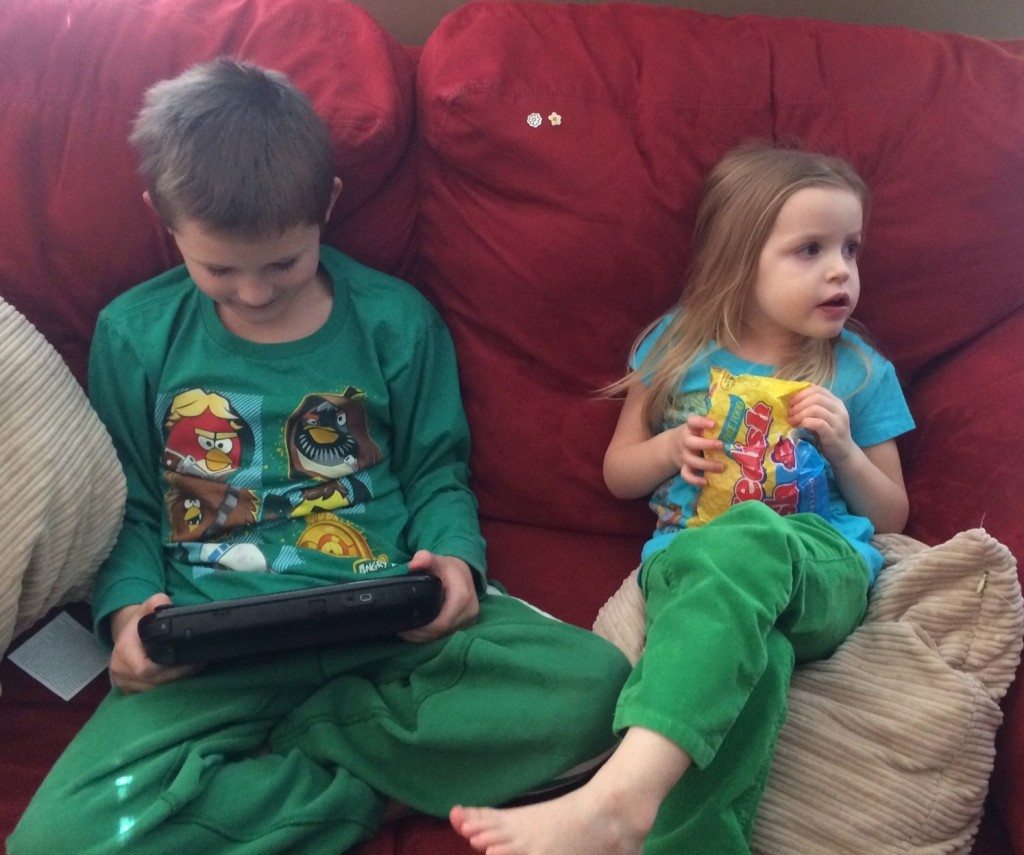 hazel. hates to be swaddled. she’s a sprawler. 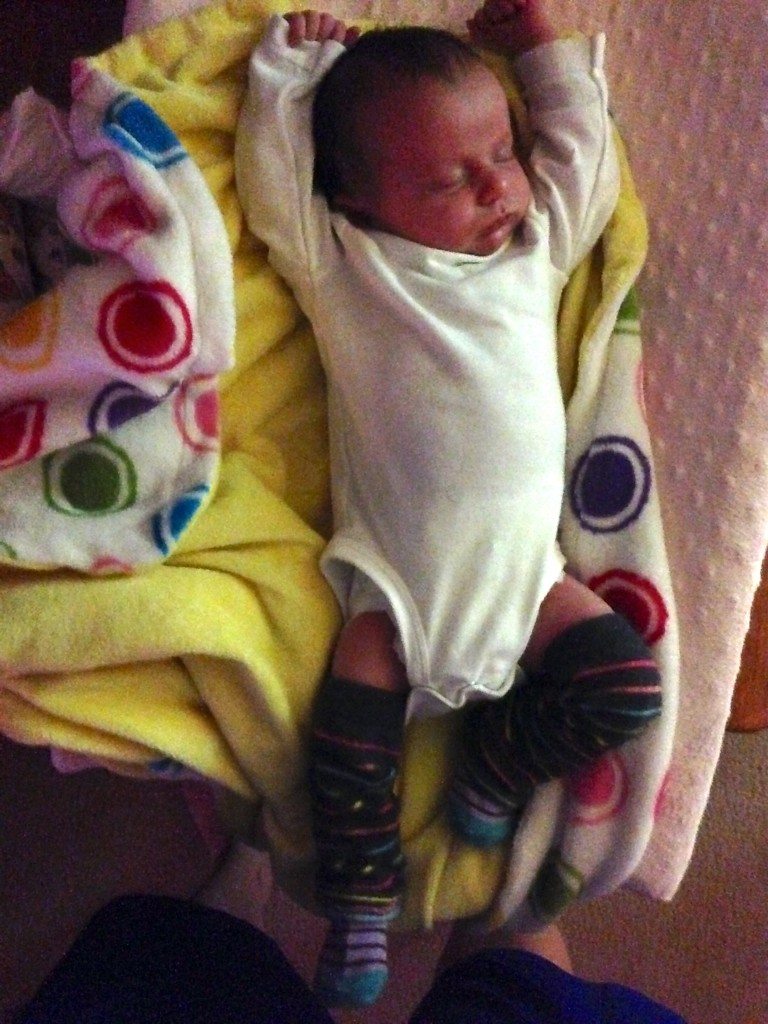 she likes the boppy too. because she can see what’s going on around her. or sleep. for a moment. because no one is holding her. 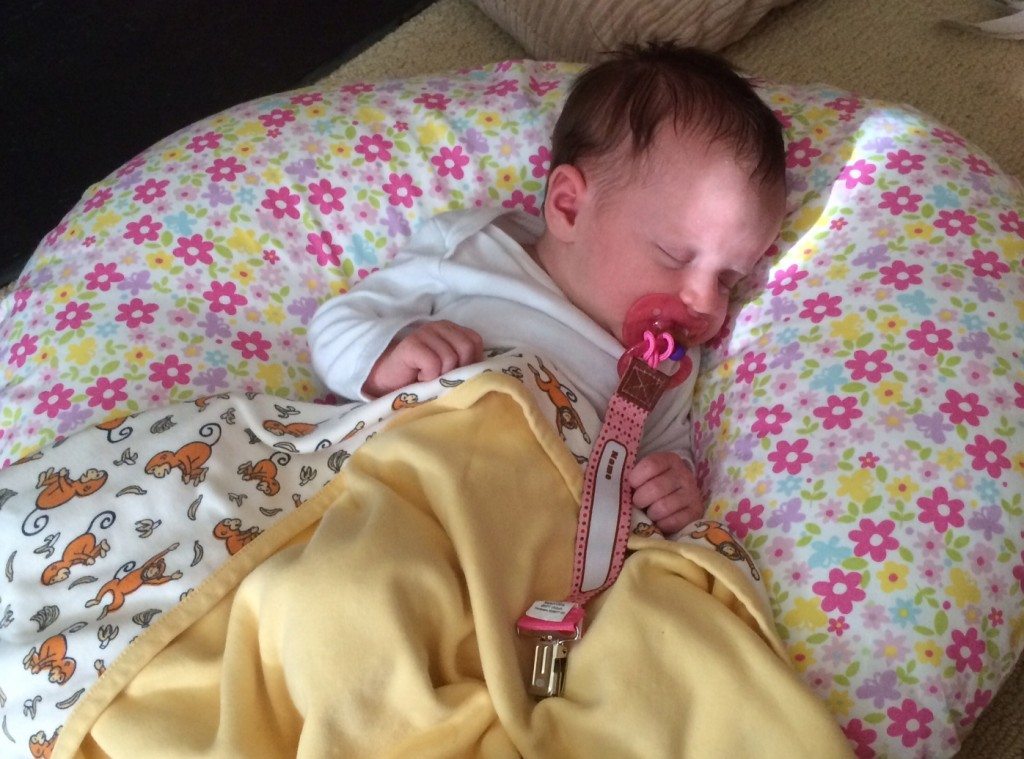 and now. a ridiculous amount of gratuitous hazel pics on a quilt. 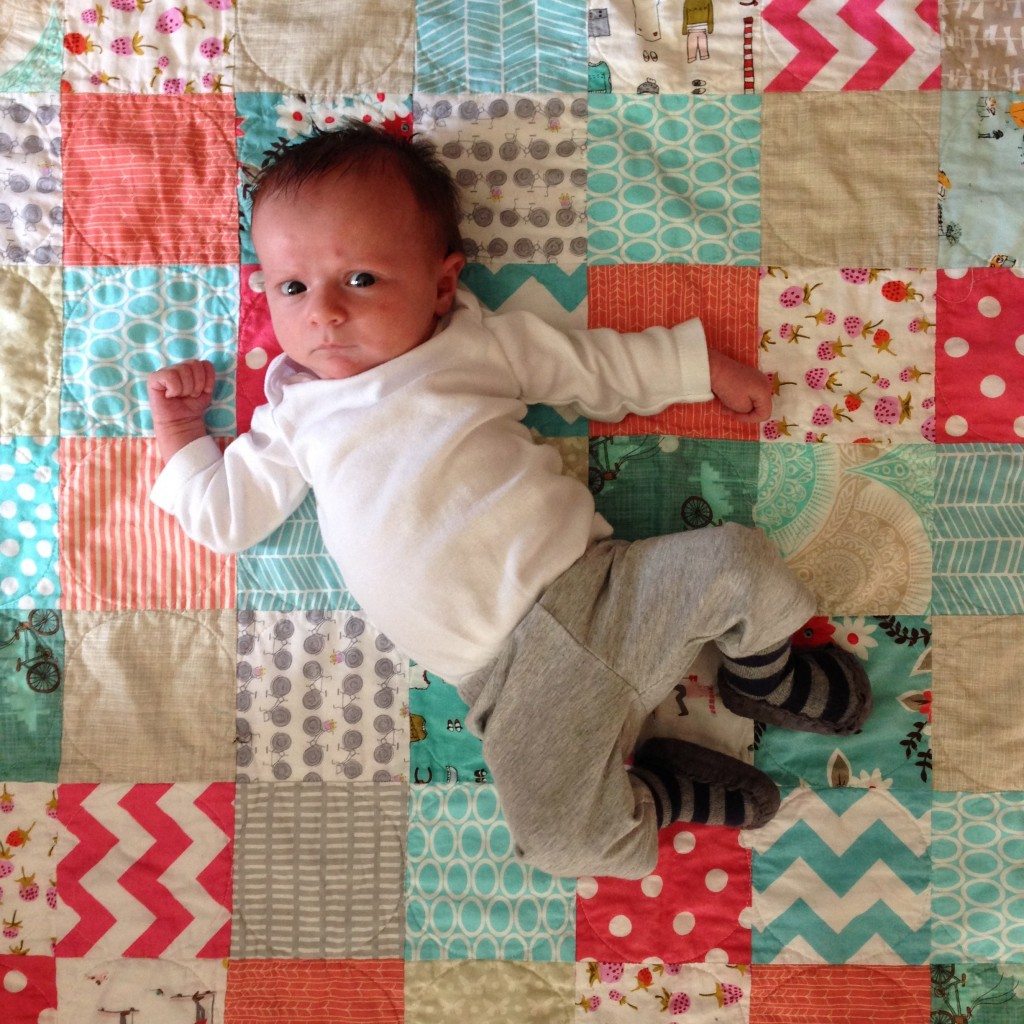 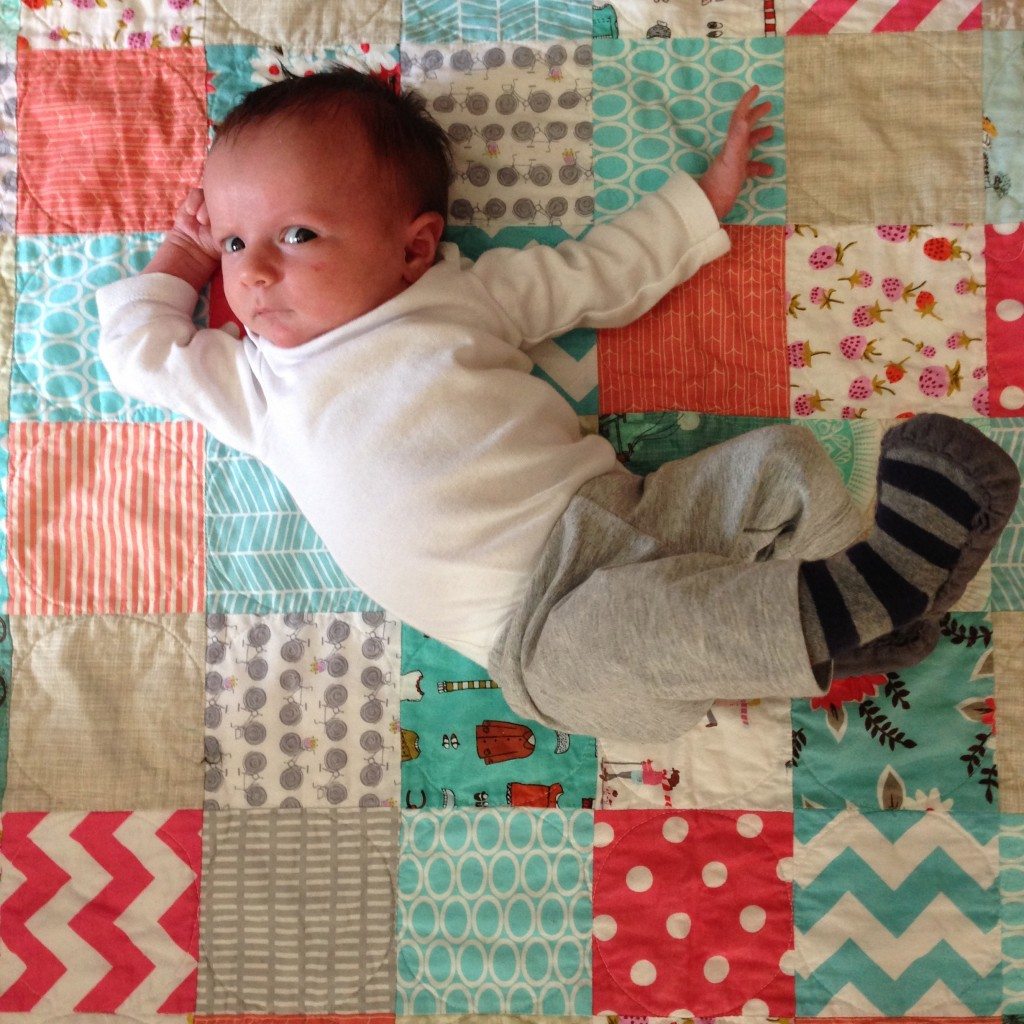 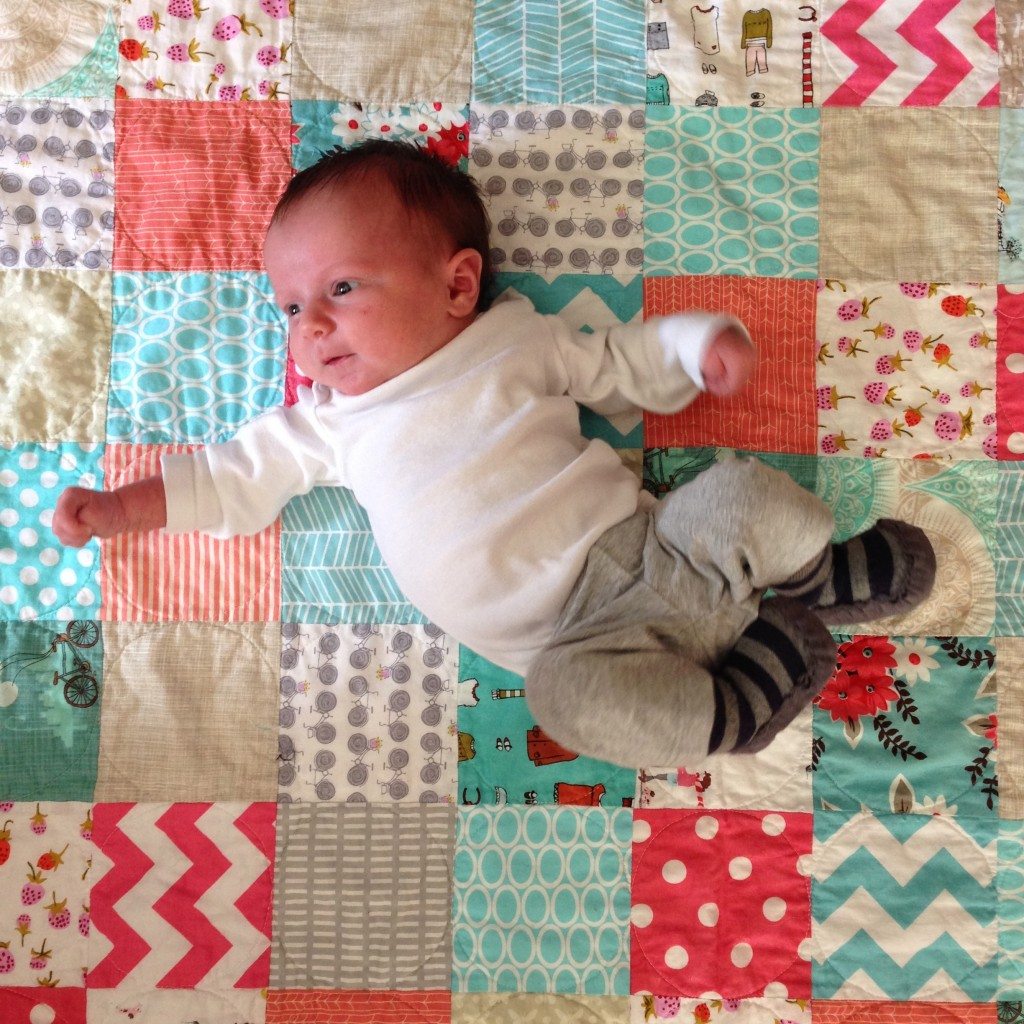 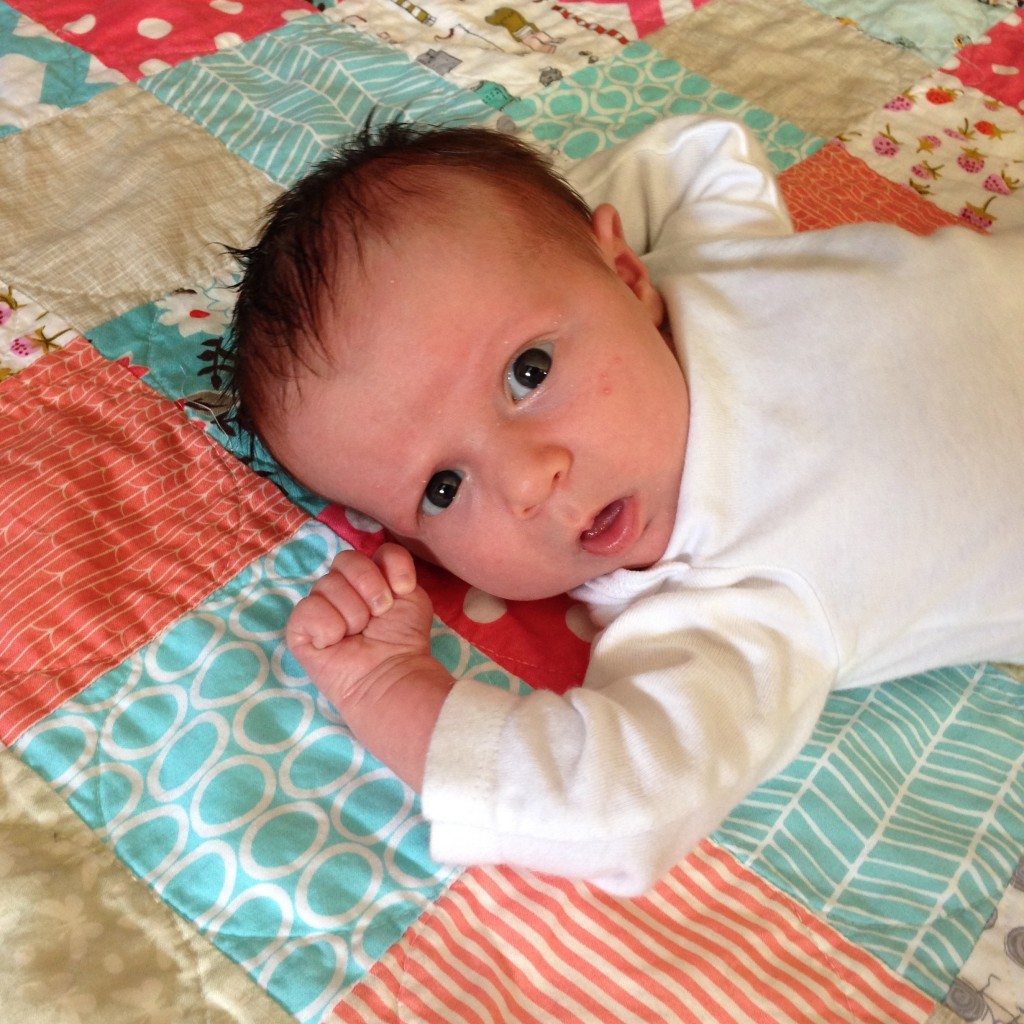 anna got down with us and read to hazel. 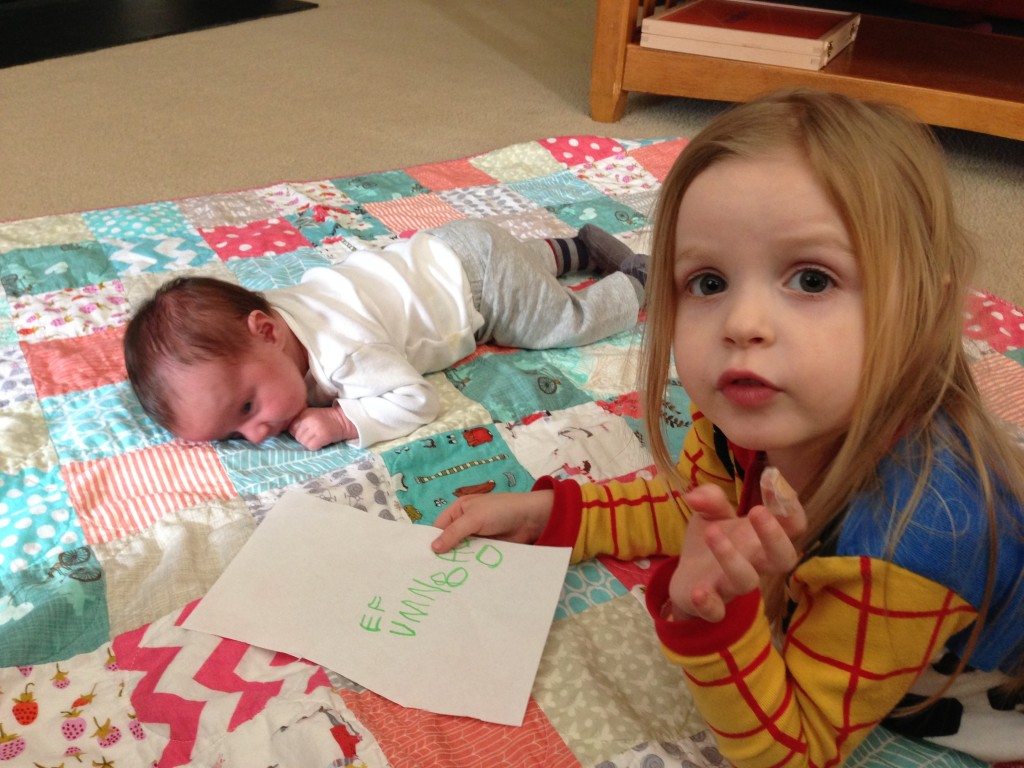 and to help encourage her during tummy time. 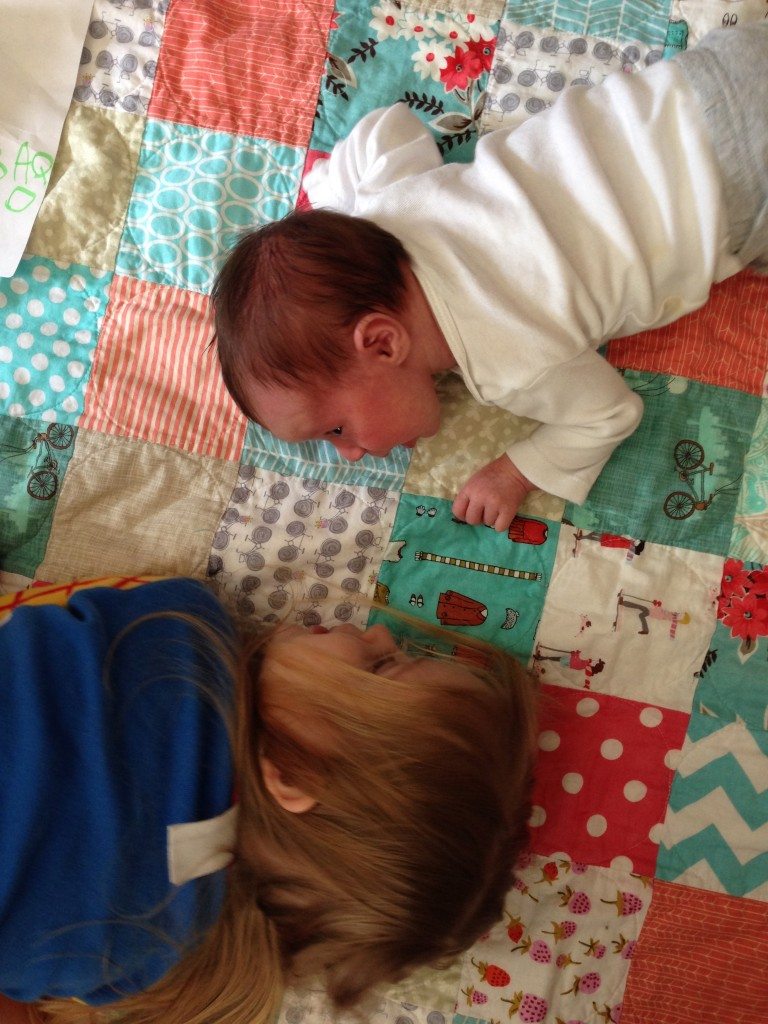 ok.
that’s it.
now. i count down the hours until i’m on my own with the three.
but, first, we have to get through the evening. which has been difficult lately.
hazel is a bit grumpy.
by “a bit”, i mean, she screams for about five hours from 6pm or so. until 11pm or so.