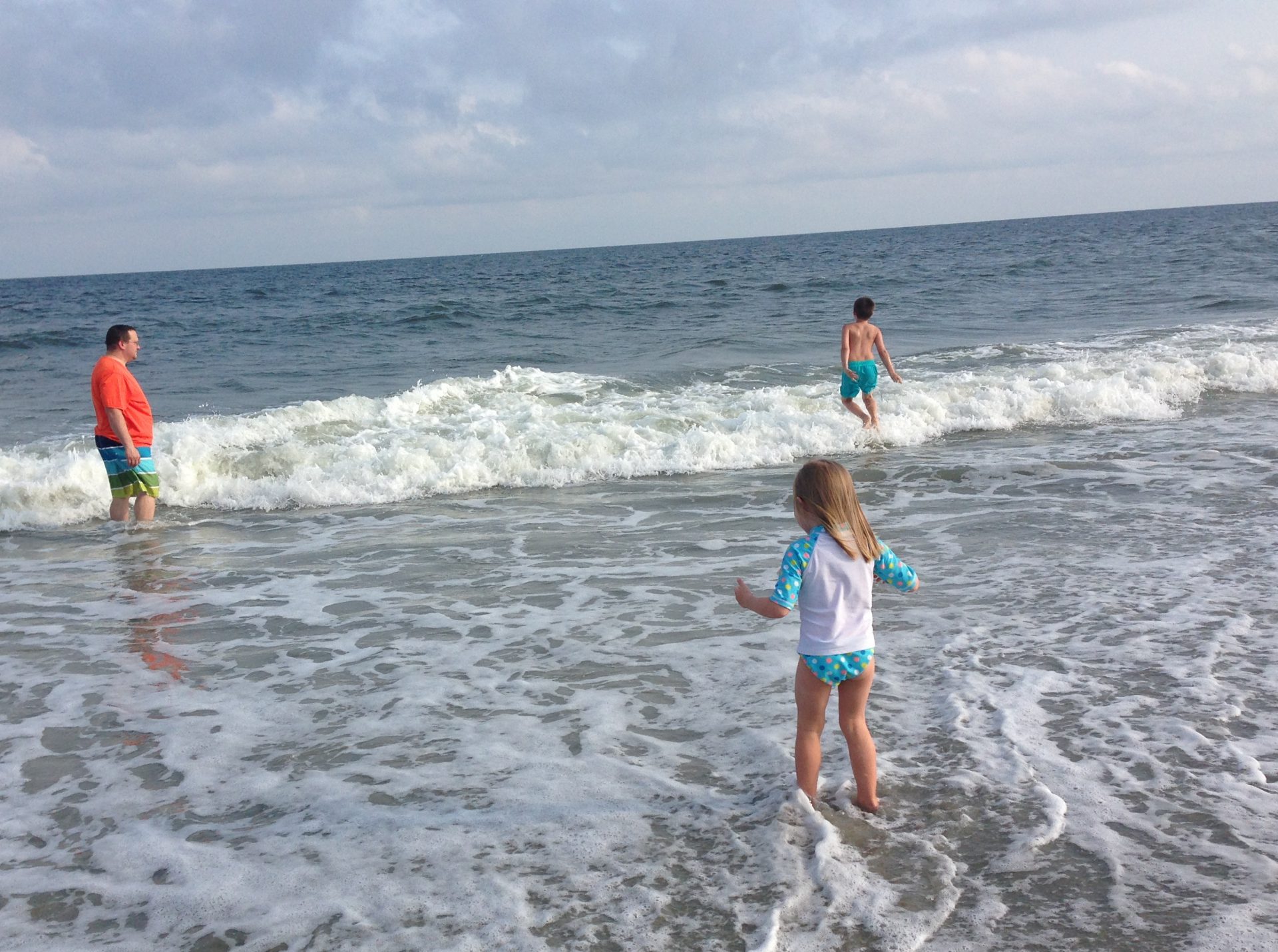 we are now almost fully recovered, so i can begin posting about out it…
our end of summer family trip to north myrtle beach.
usually, we go right after school is out. in june. but, last year, when we were selecting dates, and i was miserably pregnant and heartburny, we thought that postponing as long as possible would be better. then, the sweet bundle of joy we would have would be much more content and durable. 🙂 and, mobile. grrrr.

so, last saturday, we loaded up the minivan and headed out.

hazel is a gangsta. (she slept much of the way, thankfully.)

and the older two even got along famously. (for the only time in the trip).

and it rained and poured most of the way. i think that’s why hazel slept well.

we were SOOOO close, when we opted to forego the traditional route jammed with beach traffic and take some side roads. and then. this spinning bridge happened. and it took for.ev.er.

anyhoooooo… we finally arrived. and settled in. on the fourth floor. which stressed me out at first, but it was an end unit. and “deluxe”. so it was a million times nicer than the ones we’ve stayed in before. and it was next to the elevator and the trash and recycling, adding a bit of convenience for us. and the view was nice. here, it’s overcast, but this is it…

once we were settled, we suited up and hit the beach.

it was a little chilly, but that doesn’t matter when you’re seven and four.

or one day shy of eight months old.

then, we rested up for our seven days of beach relaxation. (bwahahahahahaha. yeah right.)