a bit of background.
i have some friends. who had two kiddos. the oldest, a girl named corban, was born with some sort of super rare chromosome abnormality (i’m not exactly sure it even has a name). when she was born, they weren’t sure she would make it through the night. she was in the hospital for 99 days before coming home. and then, once she was home, she was in and out of the hospital her entire life. she never talked or walked or ate on her own. she was deaf and (i think) blind. about a year ago, at age 14, she passed away.

shortly after that, joy (mom) asked me if i knew anyone who would make a quilt out of her old clothes. i quickly volunteered, even though i had no idea what making a quilt out of various clothing materials would entail.

anyhow. here it is. almost a year later. and about 7 months after she asked me to make the quilt, and i’m done. and it turned out to be two quilts. one for their son. and one for joy and chris.

this is the son’s quilt. 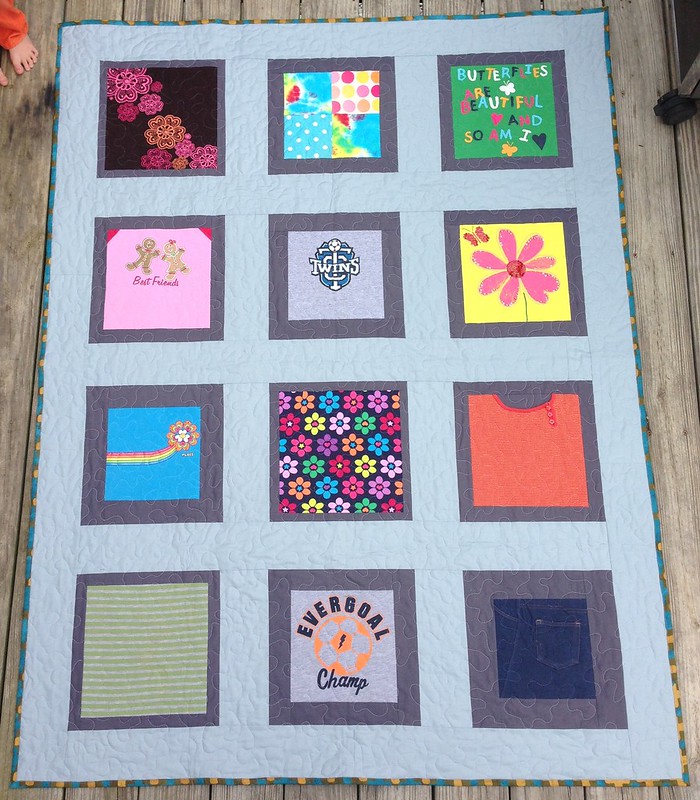 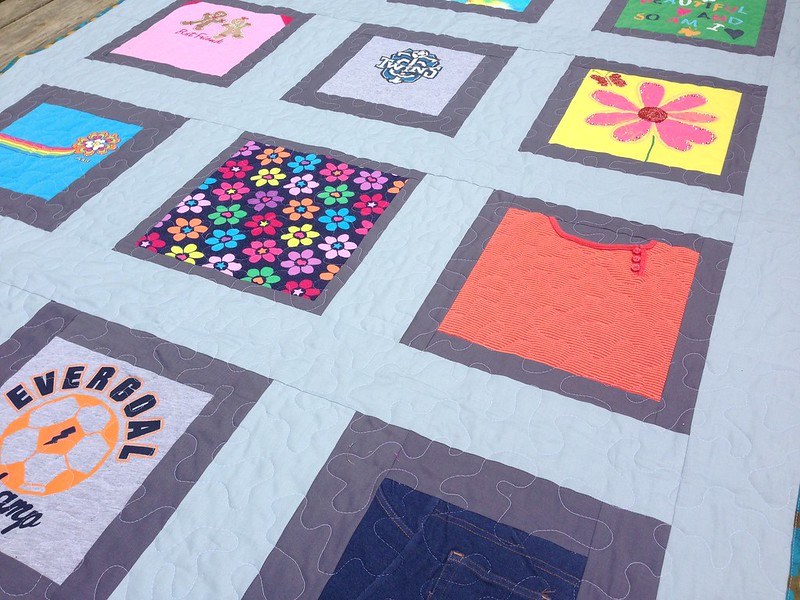 and the parents’ quilt. 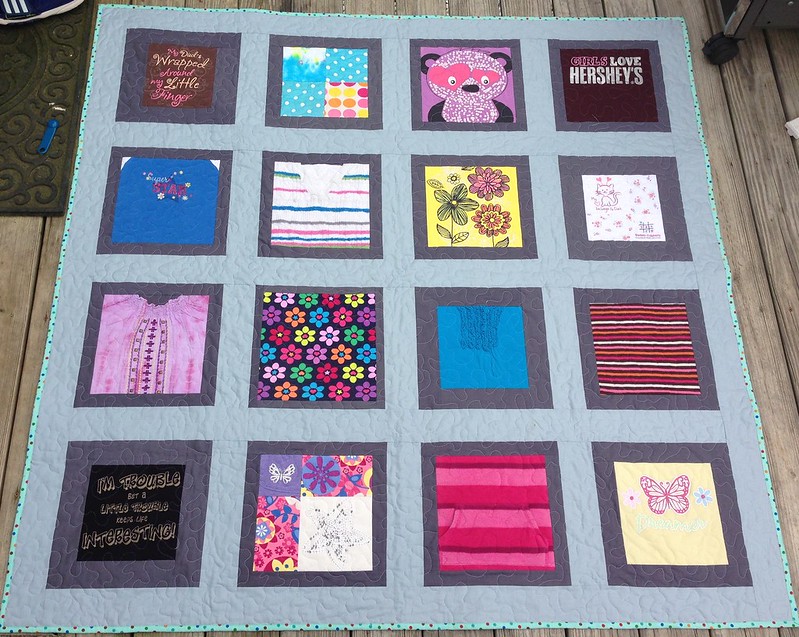 and a closer up pic. 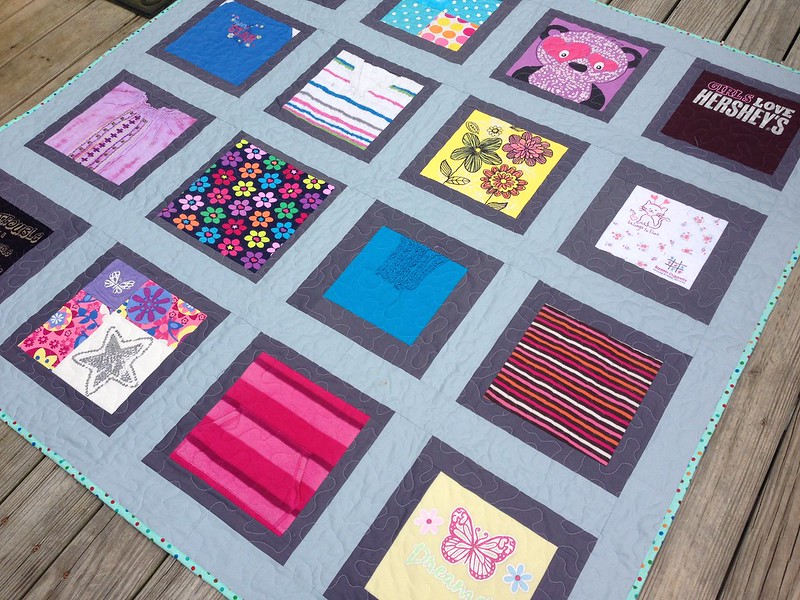 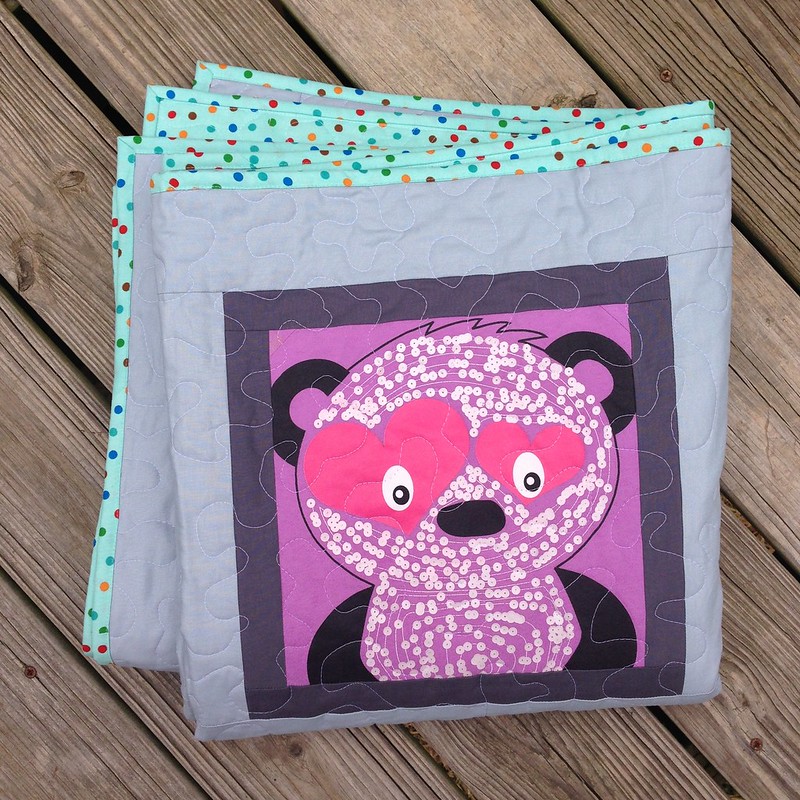 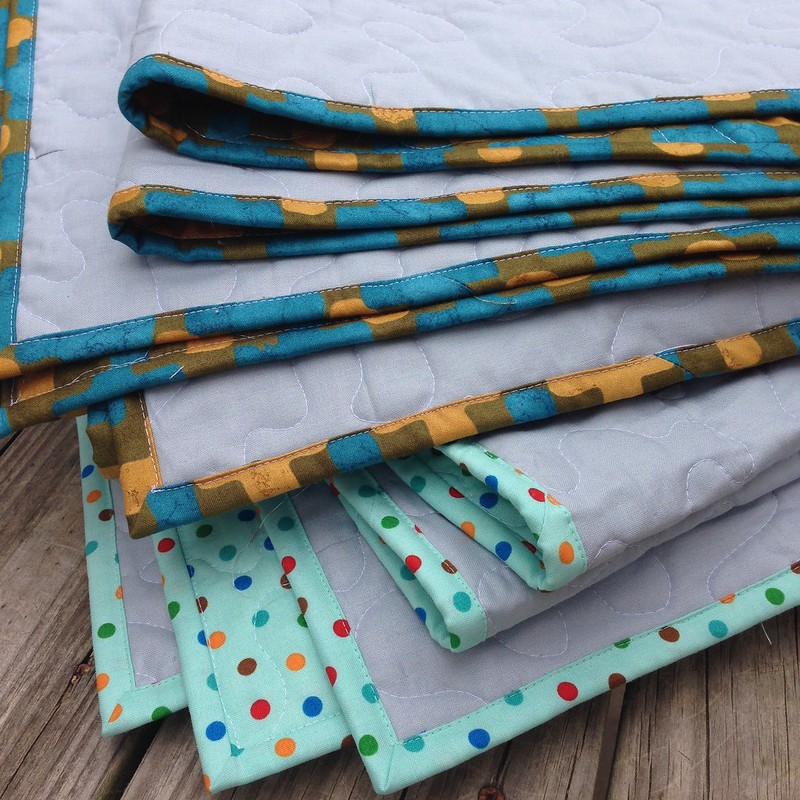 these were hard to work on. for several reasons.

one. i didn’t know what i was doing. so i did what comes most naturally to me in this situation. and procrastinated.

two. as previously mentioned. i had a new baby. and then there was that little foray into homeschooling. so, time was a bit of an issue.

third. it was boring. it’s just squares. and gray. and it’s not super fun fabrics coming together to make a star or something like that. just squares.

and fourthly, and most importantly, when you are making a quilt for someone, you tend to have that person on your mind. and making a quilt (or two) is quite a time consuming process. so, corban and her parents and brother were on my mind A LOT during this. and it was sad. and hard.

so, anyhow. that’s the story.
joy picked them up this morning and she was super happy with them. i’m excited to hear about how her boys react. i’m so glad i had the opportunity to do this for their sweet family.

(also. recently, chris began a blog about corban, so you can read their story here.)