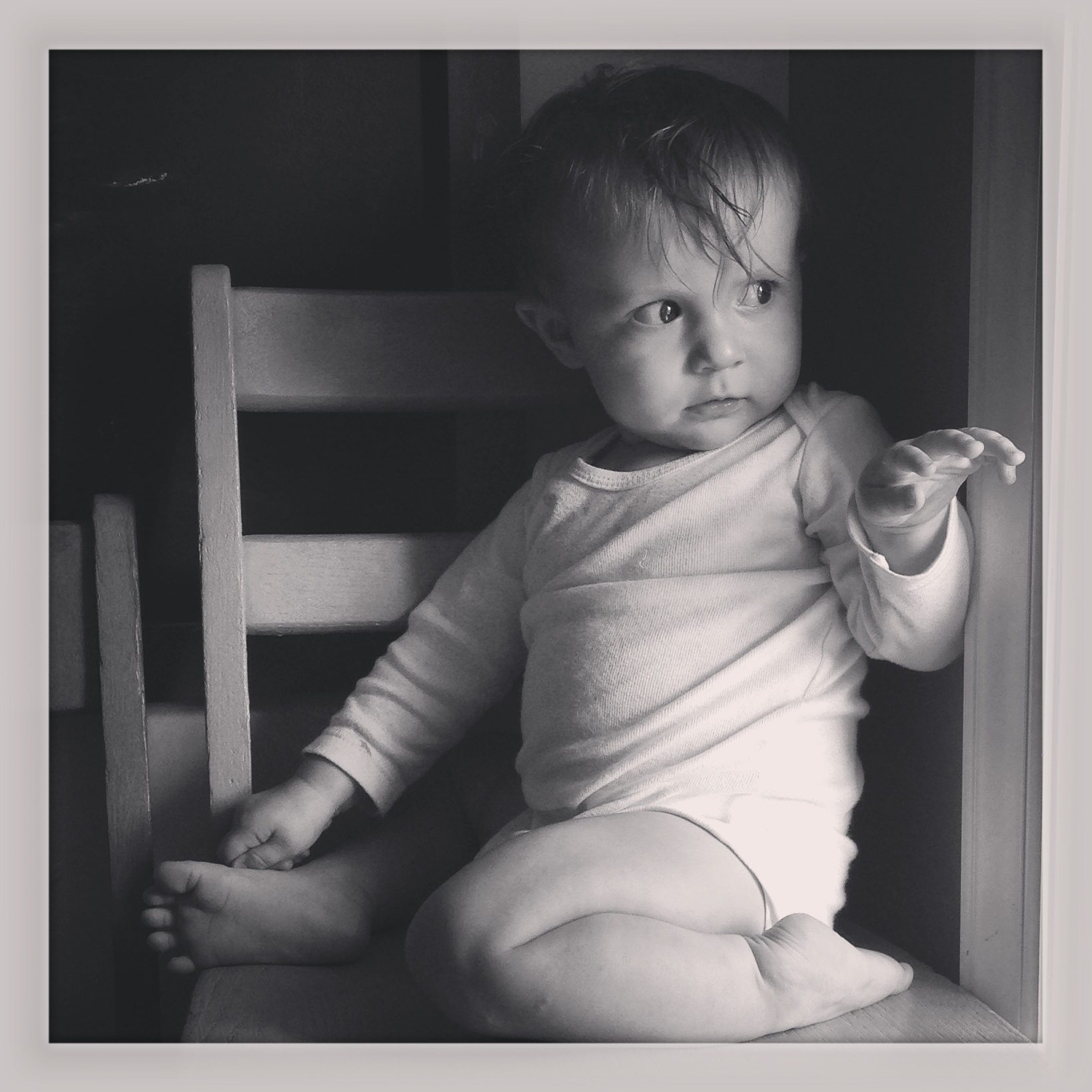 the hazel baby is turned nine months old yesterday.
she’s been on the outside for as long as she was on the inside.
(in theory. she spent an extra week on the inside, in case you forgot.)

i spent the day trying to get just one good picture of her and this was as good as it got. 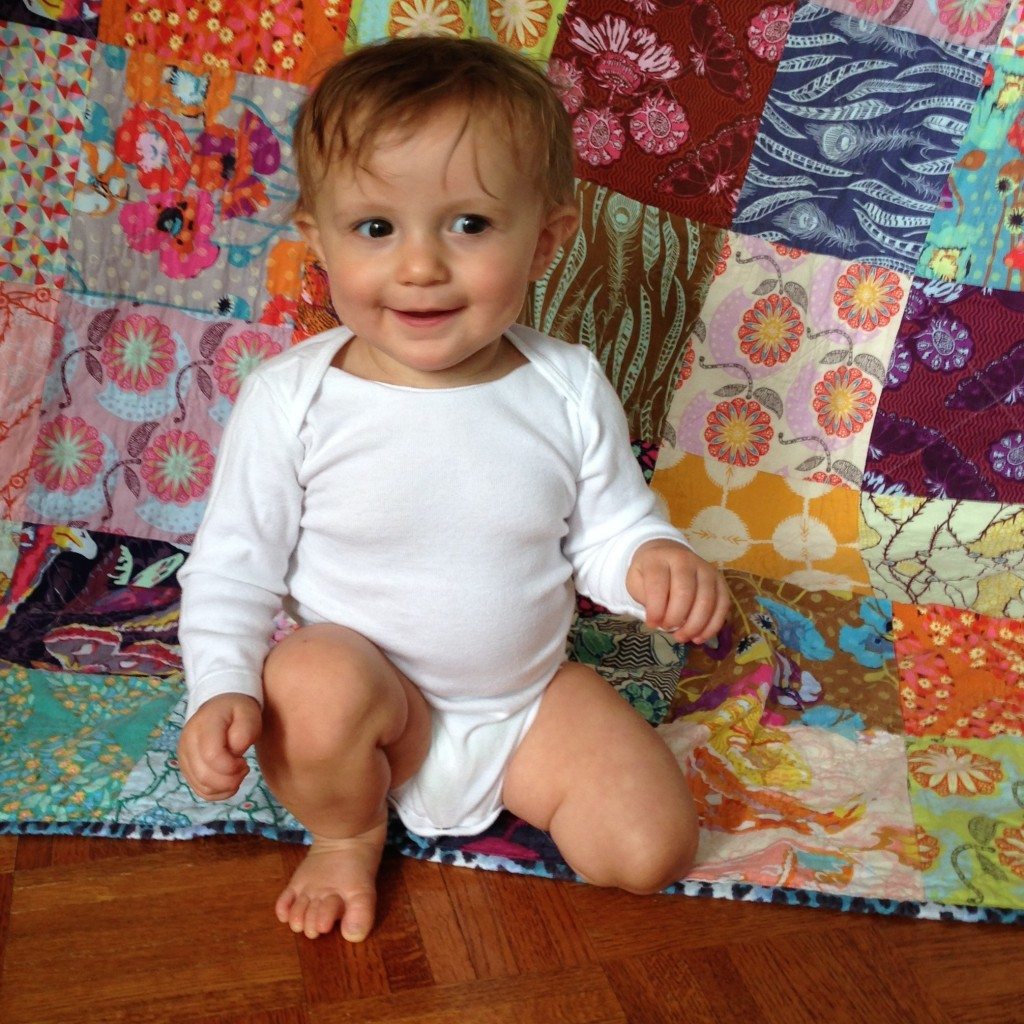 most of the rest were blurry or she was looking away.
she’s a mess. 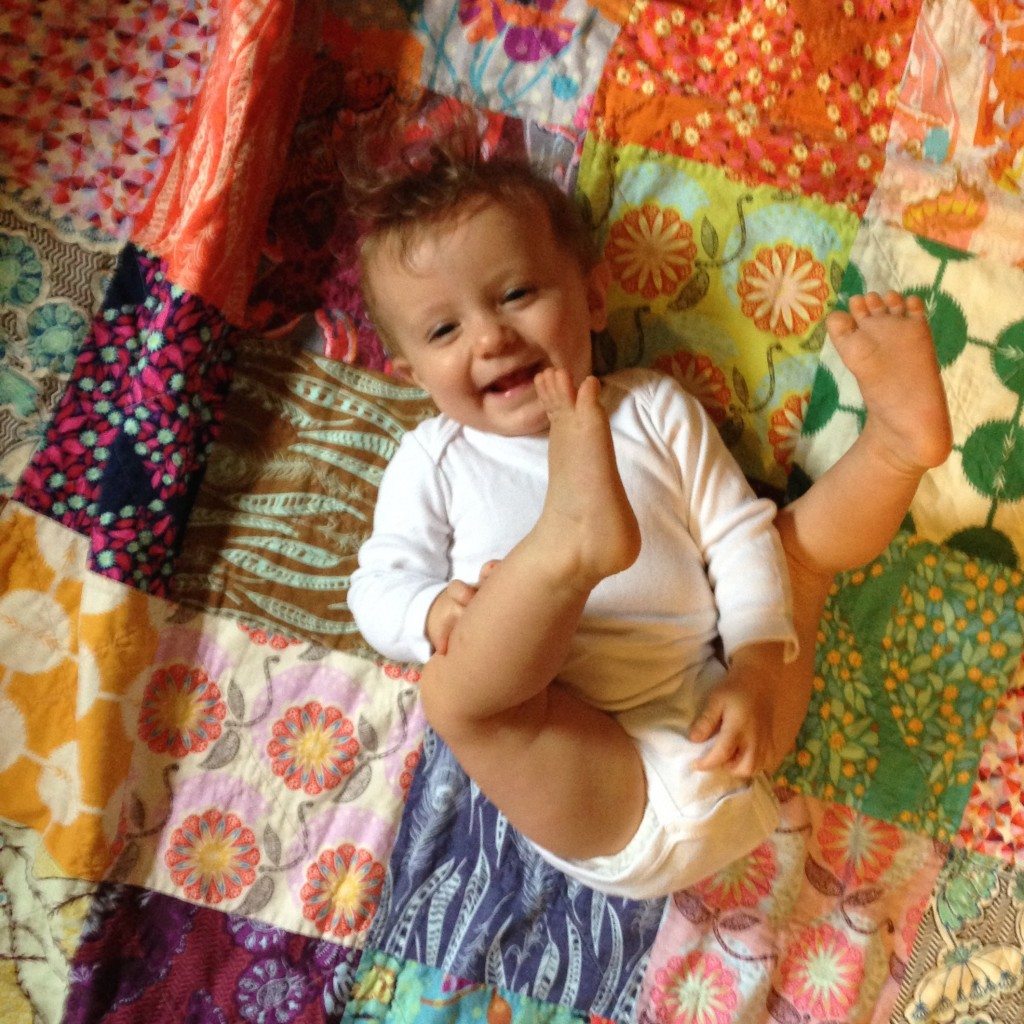 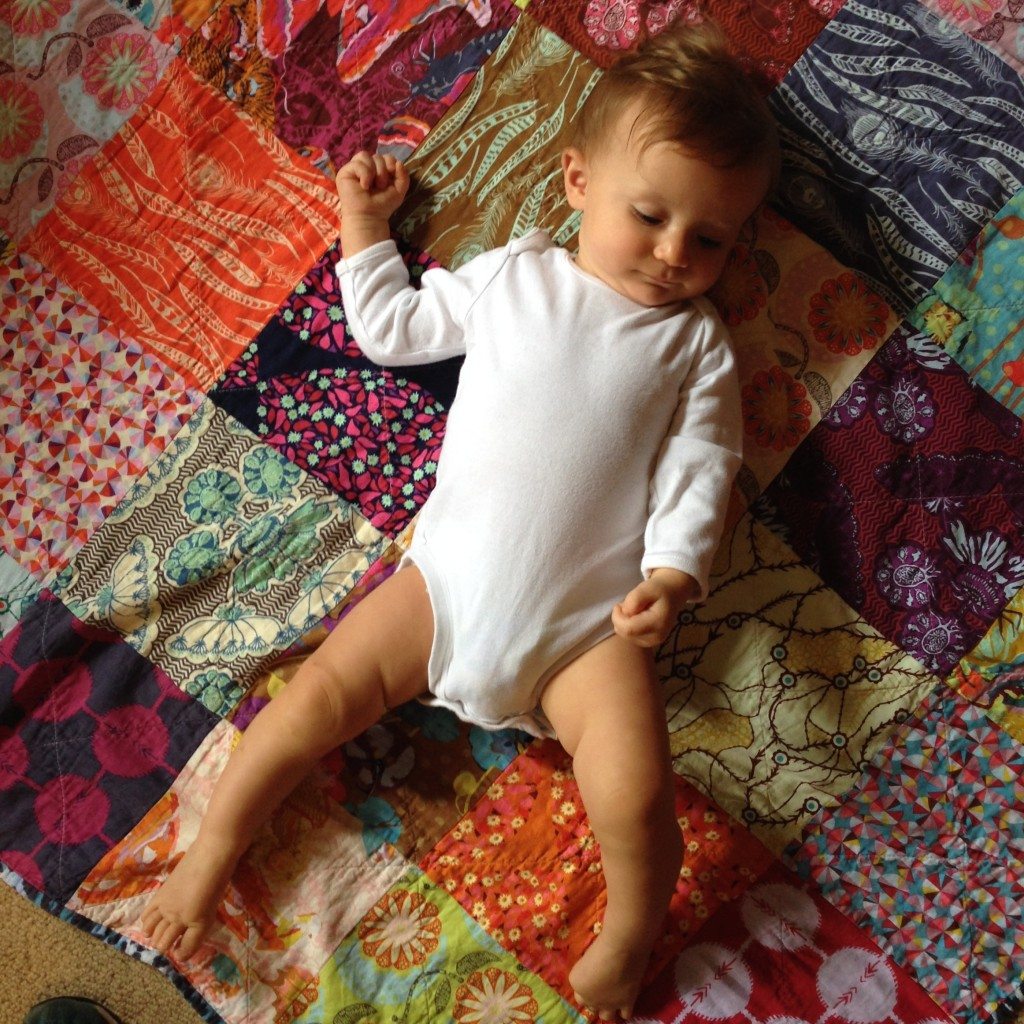 she is still a terrible sleeper. just last night, perhaps in celebration of her nine month milestone, she woke up at 9 or so and stayed up until past 11. (i don’t actually know, because derek handled it while i took a turn sleeping). some nights are great. the night before, she slept all night. we’ve moved her to our closet. so she can’t see us when she wakes up. but we are still sort of close and she’s not waking up anna. naps are still crazytown. she’s taking two 30-60 minute naps a day. sometimes if they are both 30 minutes, she will take a third catnap later in the day. but, we are far from those dreamy 1.5-2.5 hour naps that i hear about from other folks. 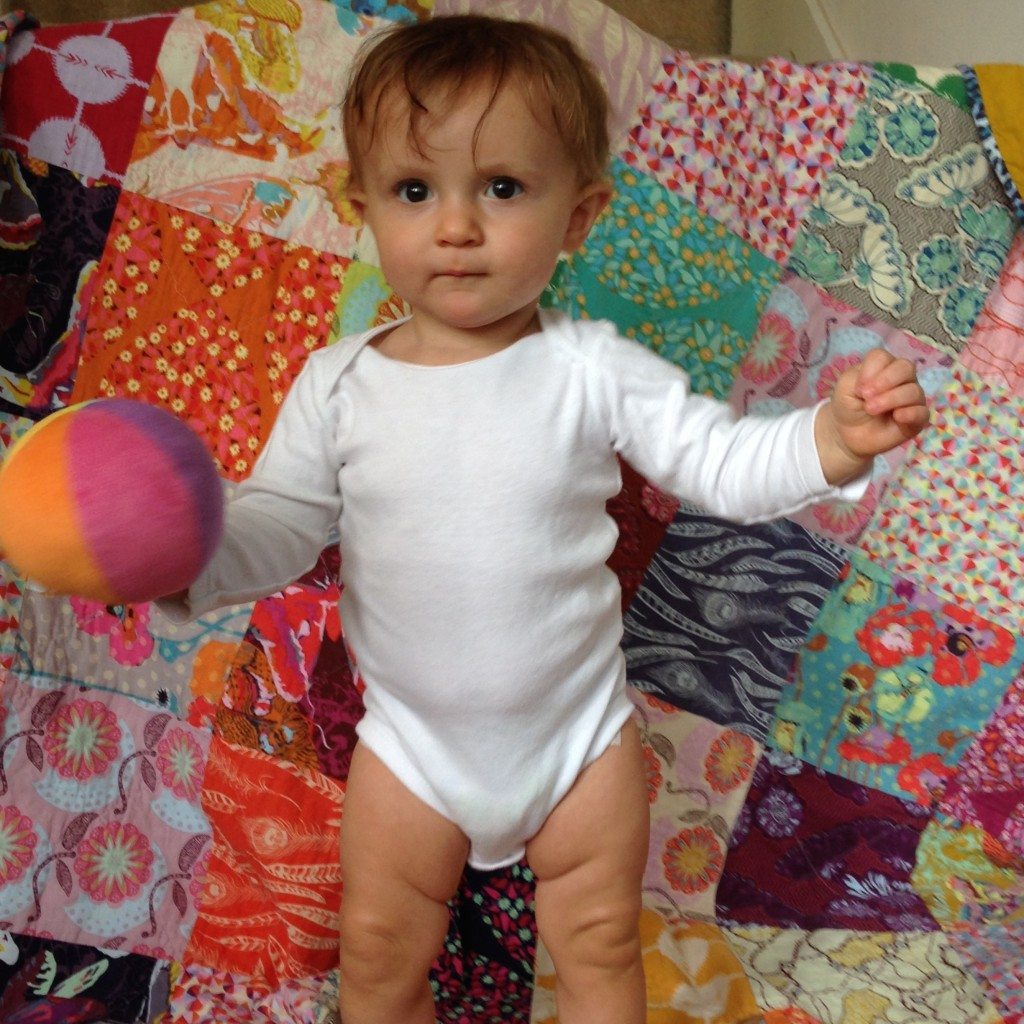 she is pretty happy. and silly. more than i remember the other two kiddos being. she loves watching isaac act like a crazy person. and when lucy gets all riled up. she is forever flashing us this big goofy smile: 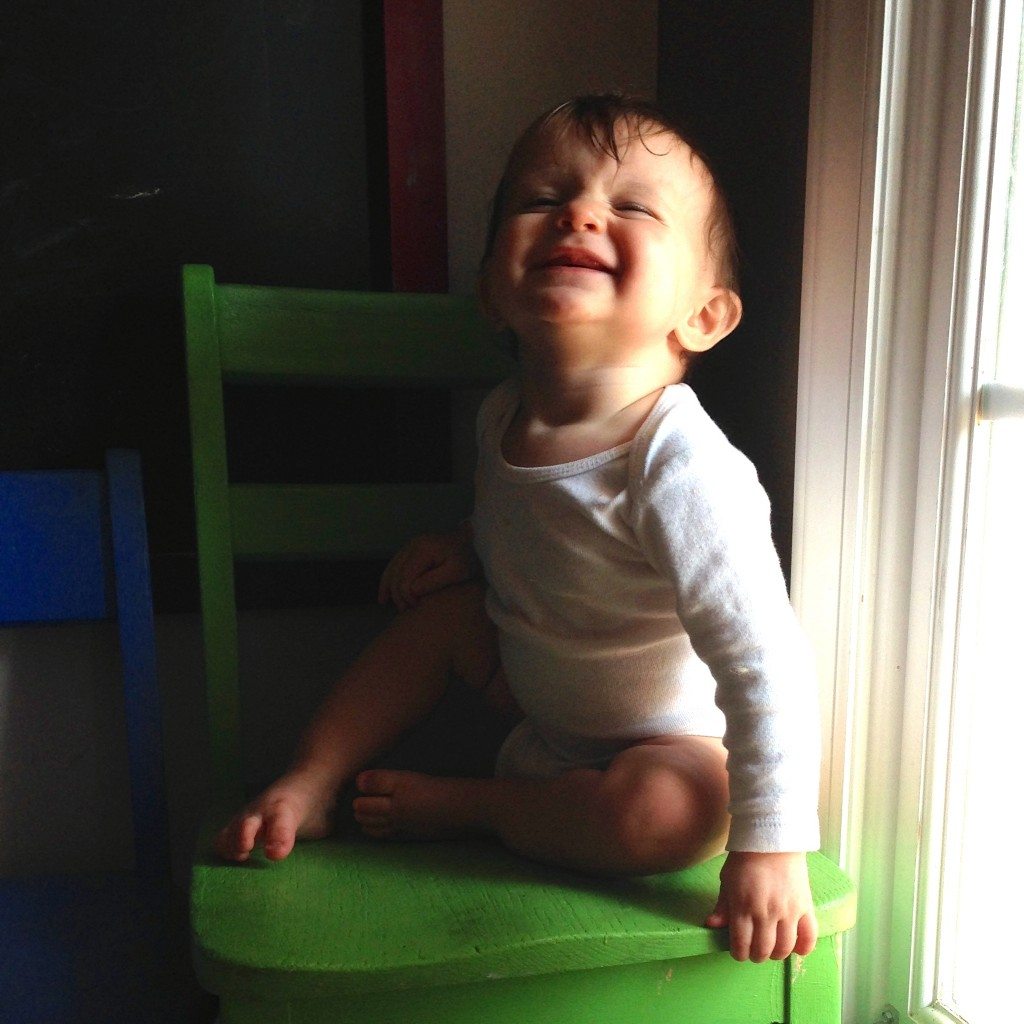 the two big exciting news from the last month are that she’s finally got some teeth. two to be exact. and, she has been walking some. last friday, she took one little step. and then, it was on. she has maxed out at 6 so far, but more and more, i see her let go of what she’s holding onto and try to give it a go. 🙂 she’s still a spider monkey and climbs anything she possible can. crazy. 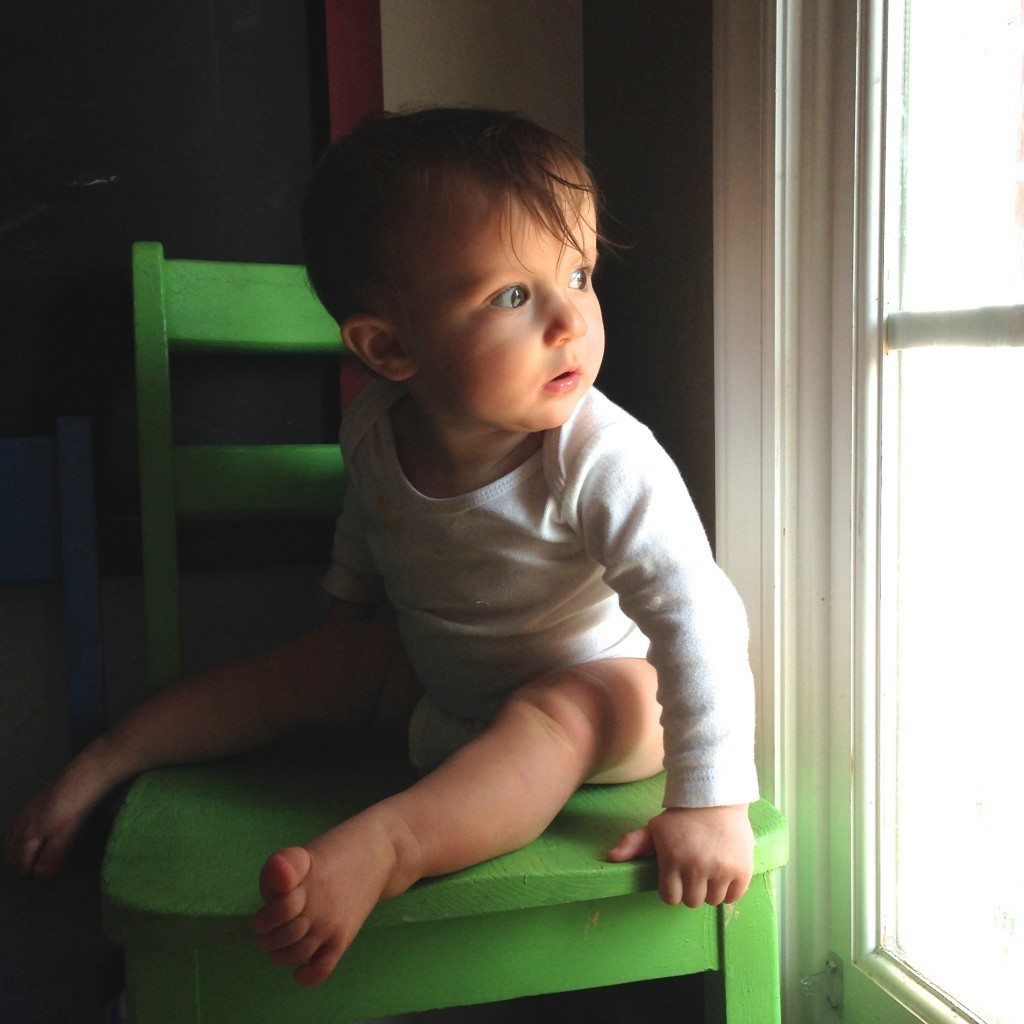 well. that’s all.
oh. and these last few pics are from last week.
and this one is perhaps the best i’ve ever taken with my little iphone, so i’m putting it in this post. obviously. 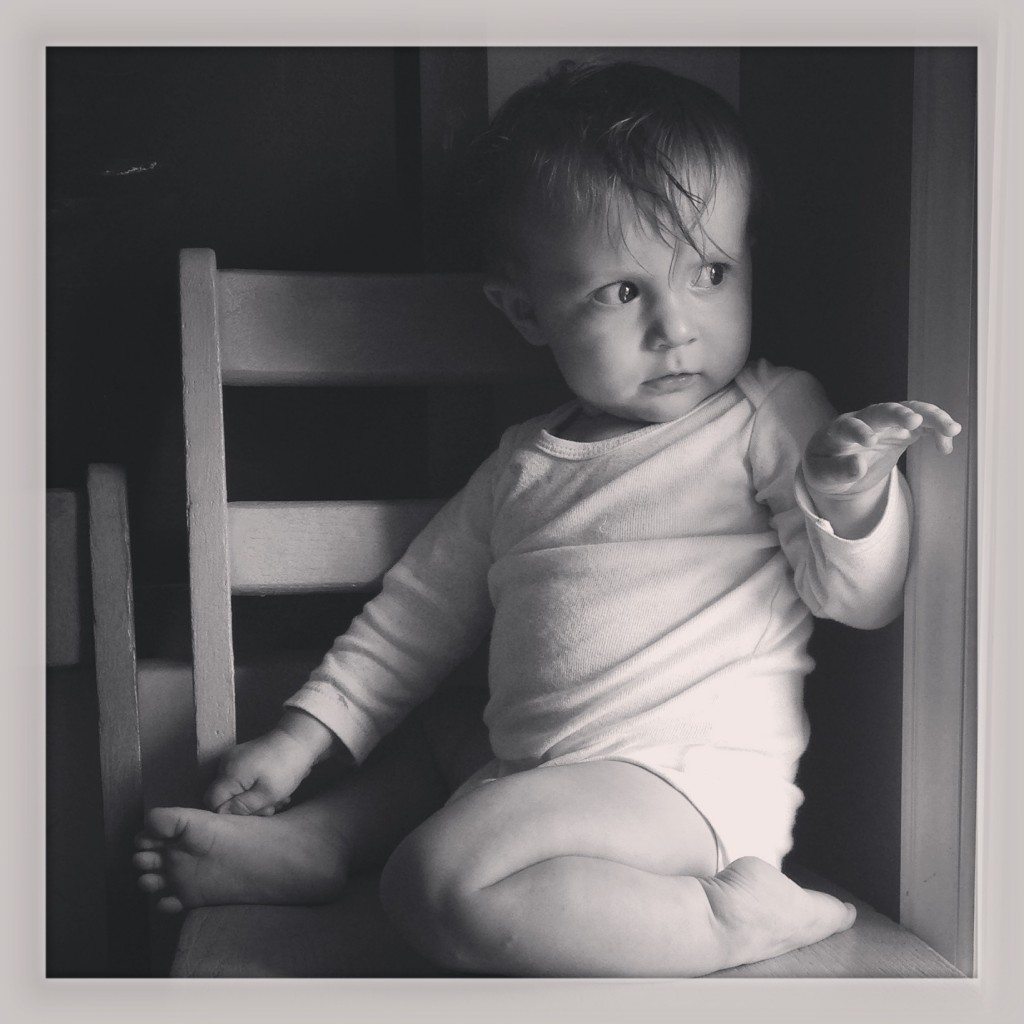 No comments yet
hazel milestones