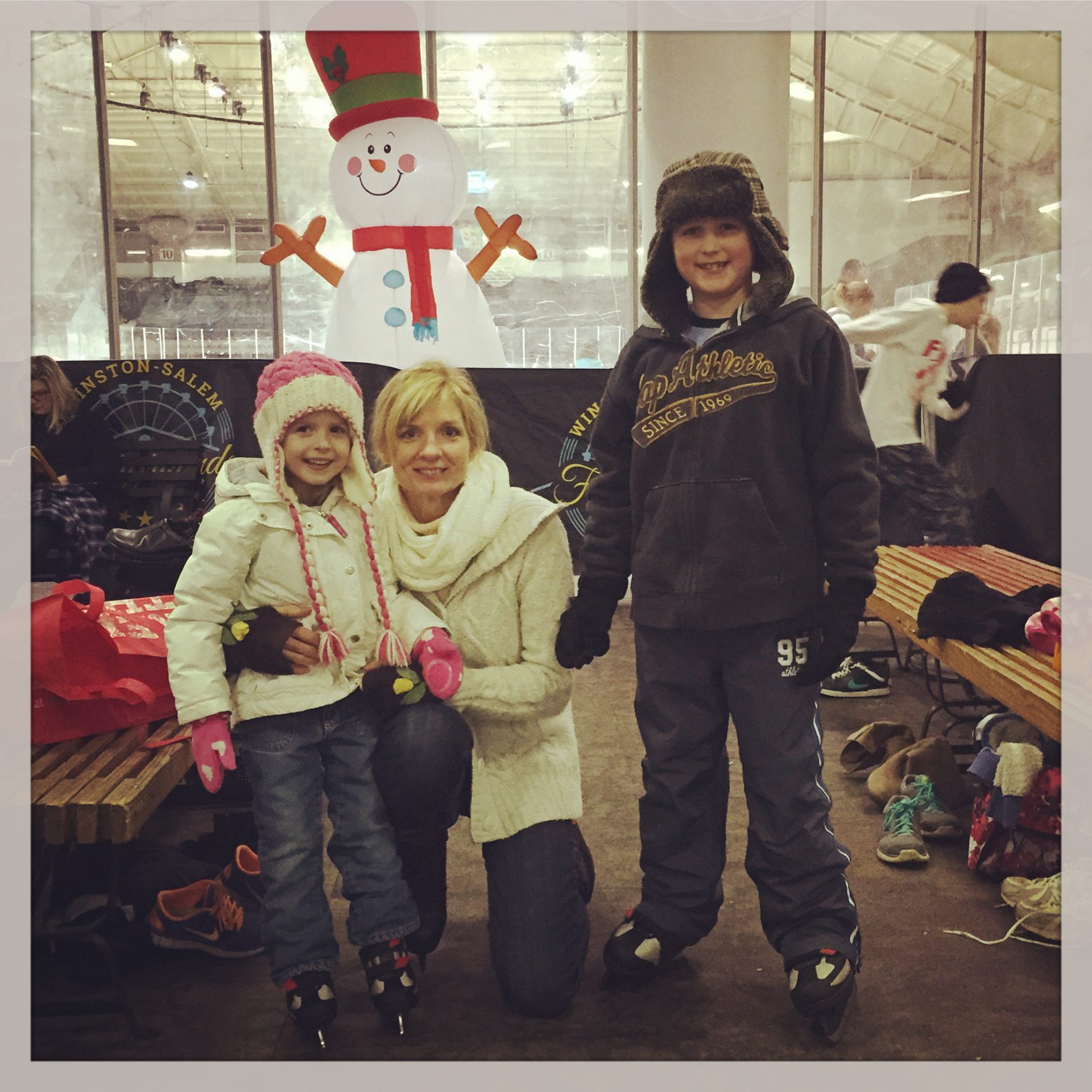 like last year, my parents drove through the night on christmas and arrived on our doorstep in the wee hours of the morning. actually, they carefully and quietly snuck in and we even know they’d arrived.

the big kids woke up and were super excited.

not so for hazel. she was skeptical. it took her a day or so to warm up to grampy terry.

she liked gramma a lot better.

eventually, grampy terry won hazel over and all was right in the world. and of course anna is a fan.

grampa terry and new gramma came bearing another round of christmas presents. jake sent chocolate from his workplace, oliver’s candies, to all of the kiddos.

anna was the recipient of a princess elsa crown. no more non-disney approved crown for her head!

my mom and i had the bright idea to take the big kids to the festival of lights at tanglewood. we hadn’t been in a few years and we’d either forgotten how horrible it is, or my kids are way worse. or some combination of both. we had attempted to go a few weeks back, but the wait was four hours. this time, we were only 10 cars back of the entrance or so. but, tanglewood did this tricksy thing this year. they put a long loop before you even pay to go in. and once you’re on it, you’re stuck until you come back to the entrance. and we should have turned around then and headed home, because in the (about an) HOUR that we were on our little detour, the kids melted down. they were fighting. whining. crying. brawling. and so on. but, nope. we pressed on.

through the 45 minute or so lights display. and they didn’t care about it. and they fought more. and whined more. and it was seriously laughably miserable. we somehow got out alive and headed home. and this was the gruesome scene in the back upon our arrival. all the fighting and arguing sucked the energy right out of her.

gluttons for punishment, we also took the older two ice skating. i can’t stand how cute anna was in her skates, ready to go.

here’s the before picture. see the optimism on all of the faces? or maybe it’s blissful ignorance. try to remember that. i will.

i took anna out for a loop. she is so light and easy and she slip slided her way all the way around. meanwhile, isaac struggled along the wall, refusing help. he got super frustrated and it went downhill fast. my mom took over anna, and i encouraged and dragged isaac around one loop. he hated every minute of it. i felt bad for him. because he just wasn’t getting it. and he’s so big and it was hard to help him much. after his lap, we took a break. (note: his skates are off. he’s done.)

i gave isaac my phone, while i took anna around a few times. then, i looked over and he had “laced” (velcroed) back up and was joining us. this time was much better and he seemed to get it a little more. he’s way too big for my mom to help, so i stuck with him for a few more laps and my mom took anna shifts. she was like an old pro.

she loved every second.

we had to drag her out.

and she has been asking to go back ever since.

i wish i had more pics of isaac. i should have had my mom take some. oh well. he would probably rather forget the whole thing anyhow.

our final adventure was a trip to see big hero 6 at the movies. my mom and anna.

and ike. (don’t worry, it was during the ads, i’m not an inconsiderate movie-goer.)

and that sums up our adventures.
derek and terry mostly stayed home and used derek’s new smoker to smoke as much meat as humanly possible. nerds.

on new years eve, they snuck out in the wee hours of the morning for the long drive home. and we got back to normal(ish) life.