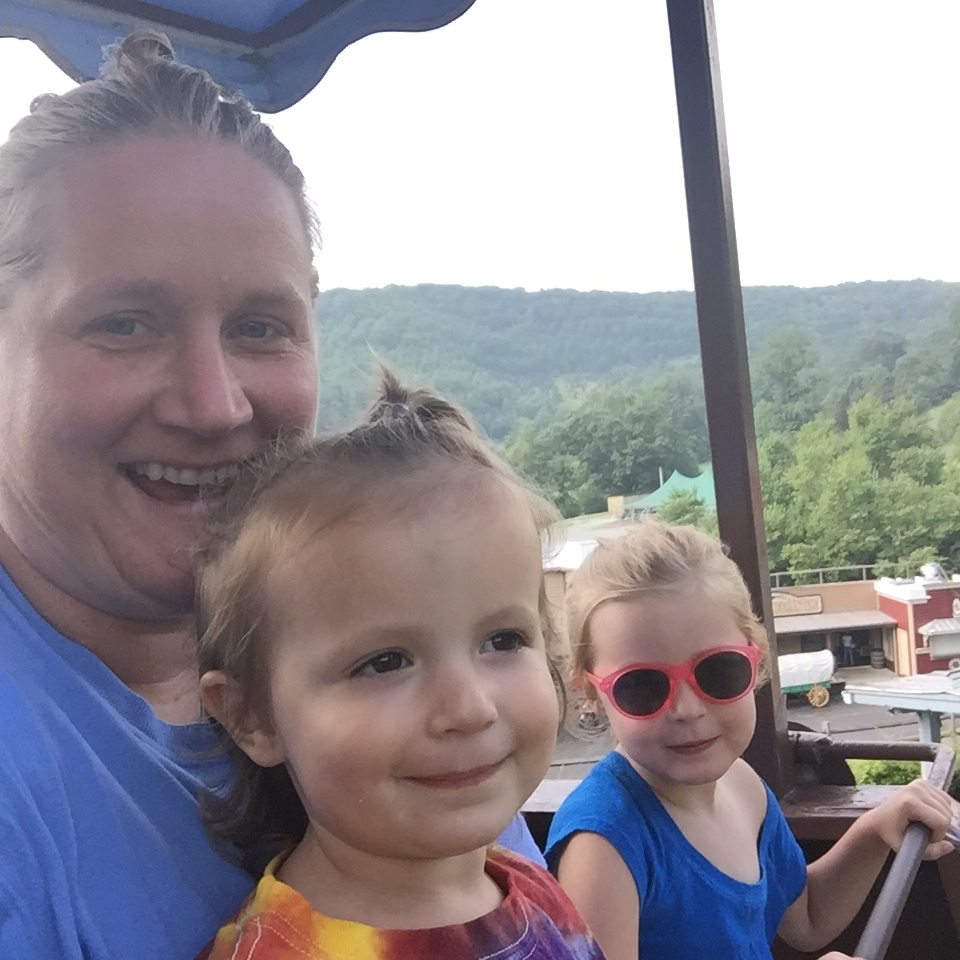 so. derek’s parents and sister’s family and sister’s husband’s parents were in the mountains. i was hoping to maybe take the three lid kids up for a day trip, but when we mentioned it, derek’s dad swooped into action and found us a super cheap place to stay for a few days. (and he footed the bill!). so, off we went!

first things first, some fishing. (in the new overalls from gramma’s outlet shopping). 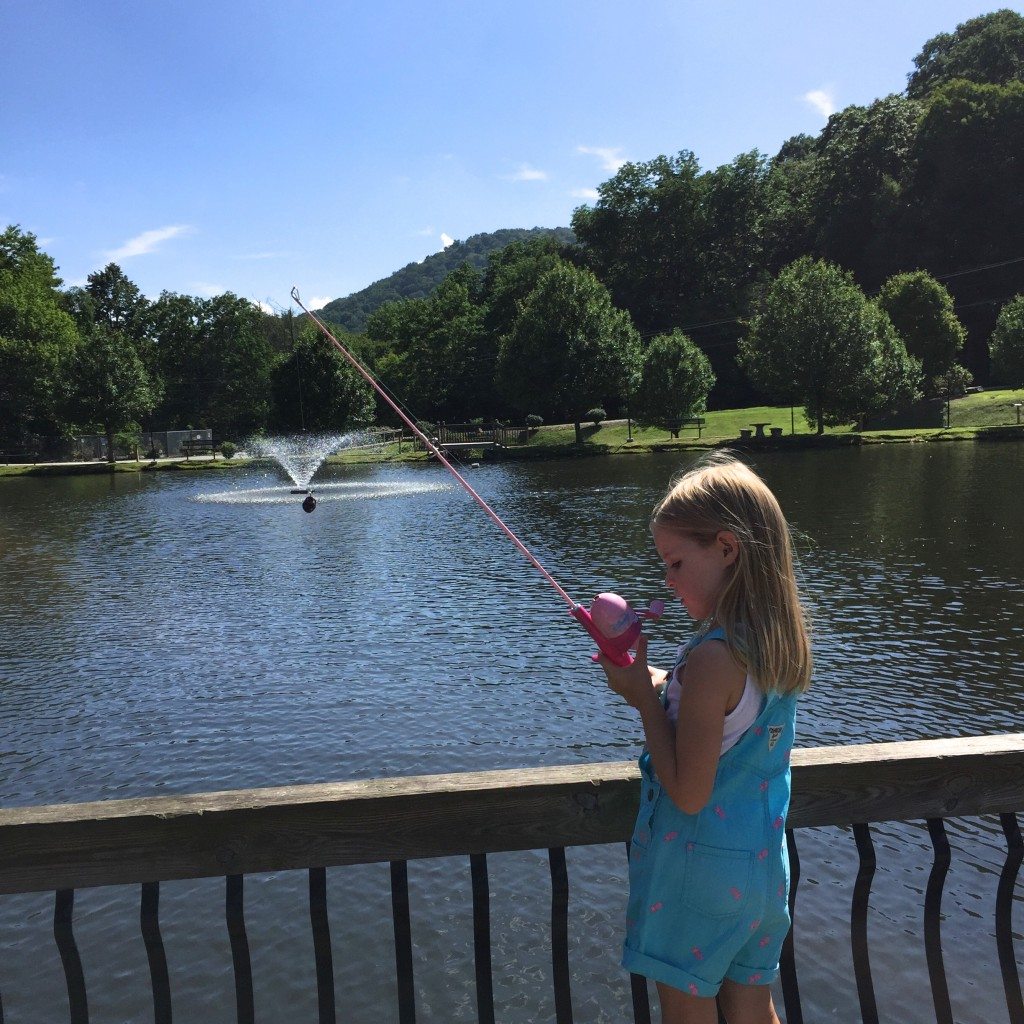 for dinner, on the first night, we went to … er… the pedalin’ pig. 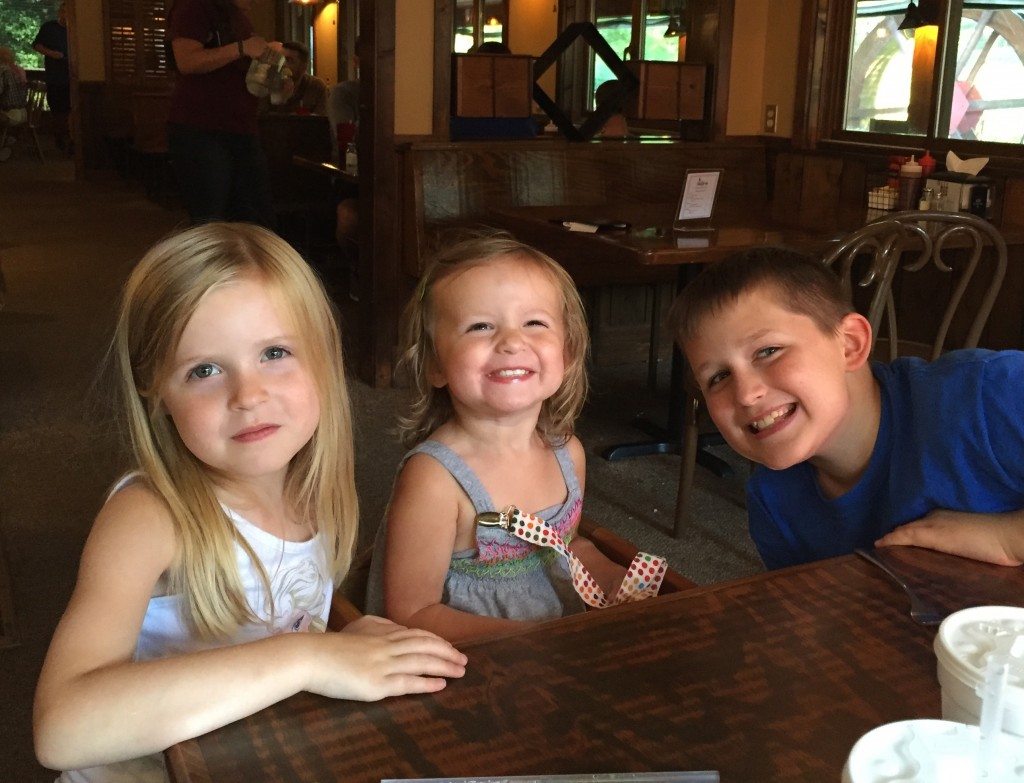 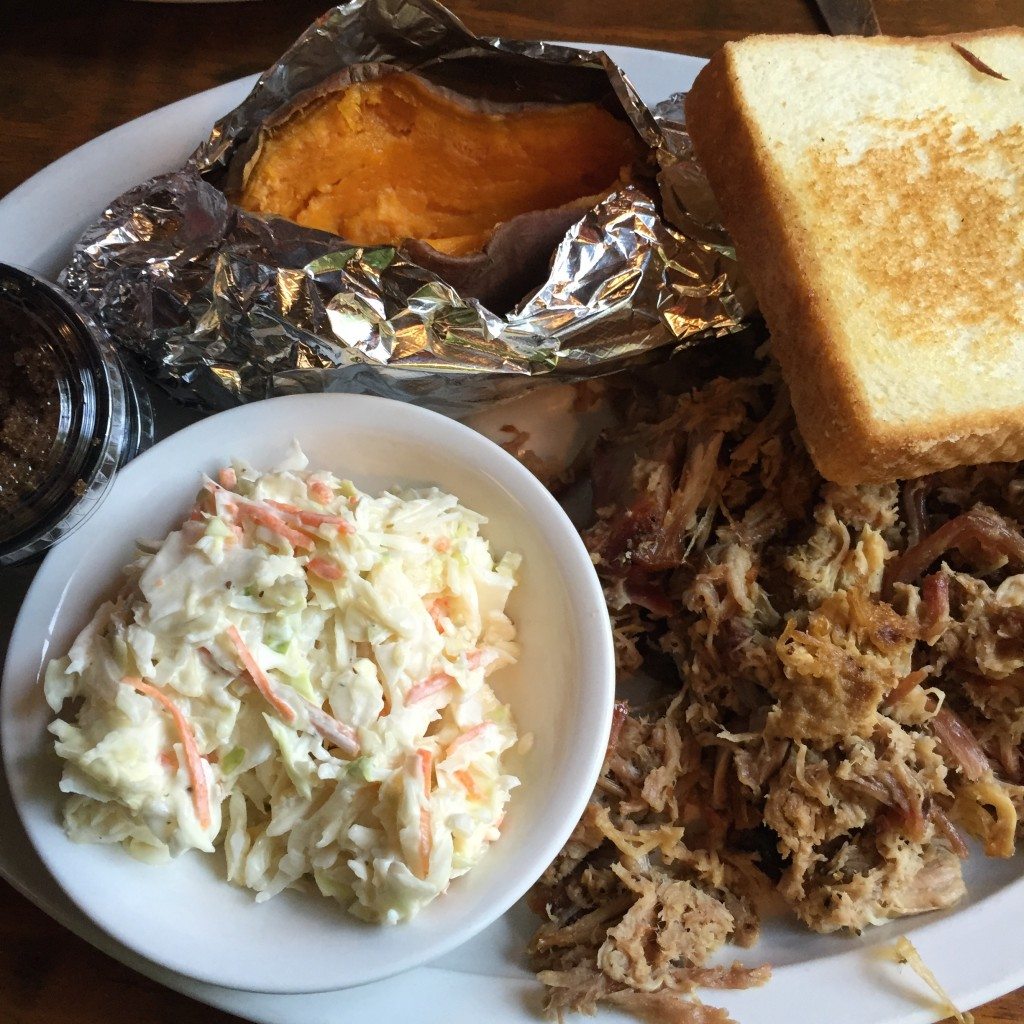 the next day, derek had to work some, so i loaded up the kids and derek’s mom and dad, and off we went to the mast general store. so much candy. 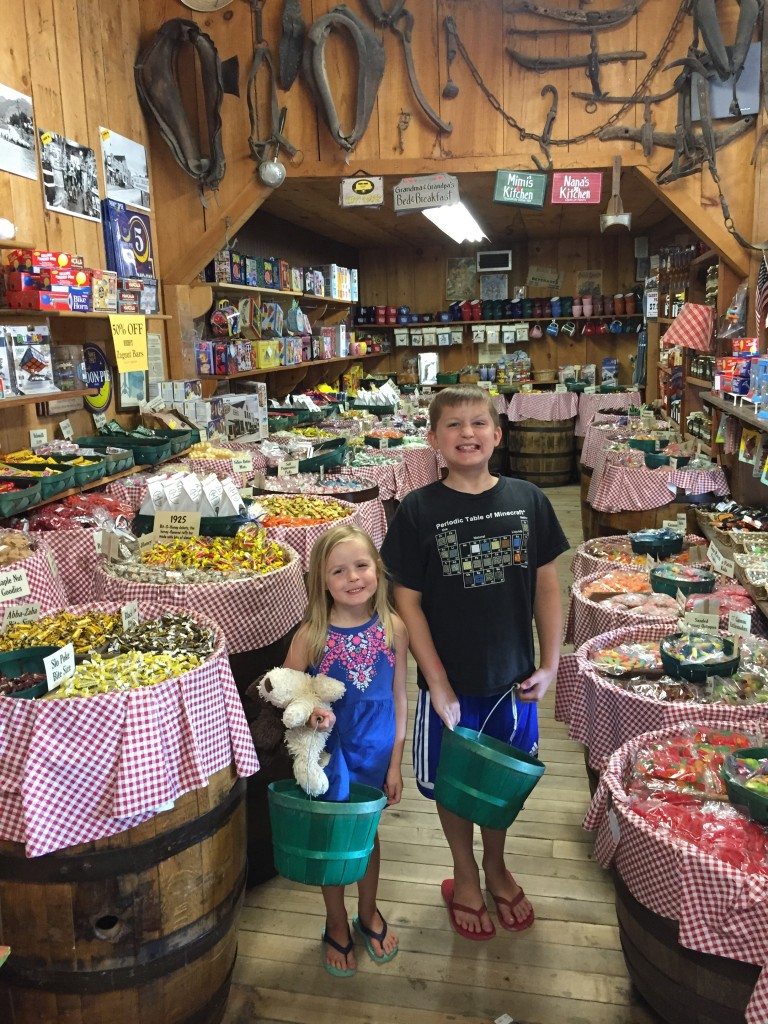 hazel LOVES candy. she had her basket filled in no time. 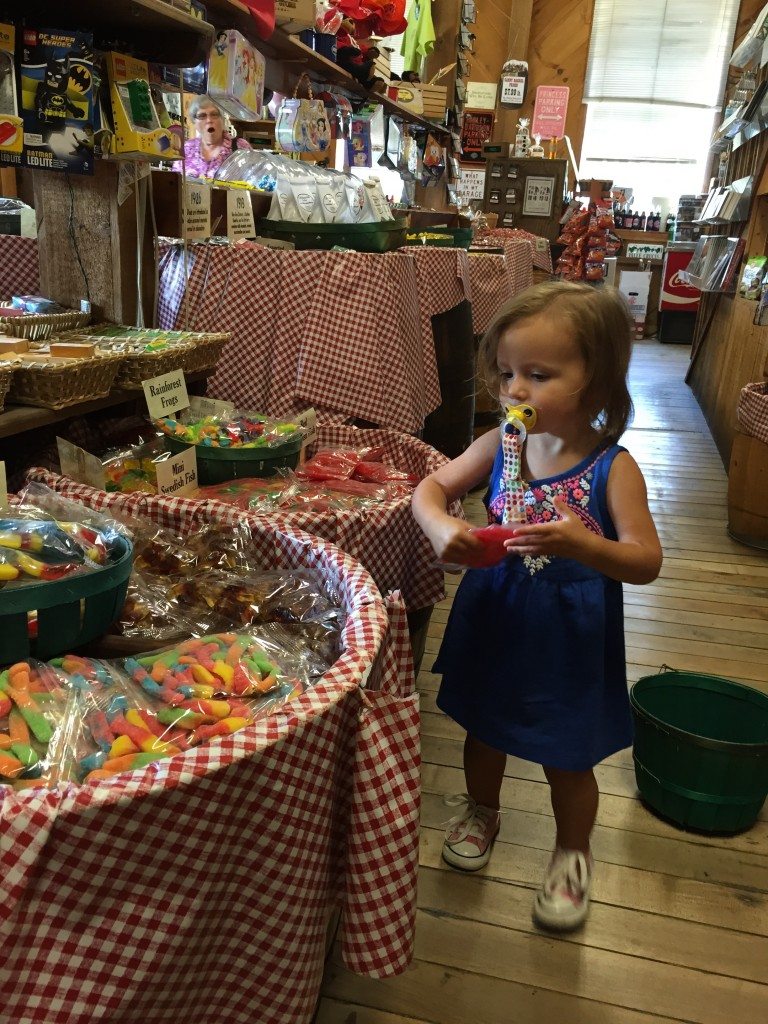 after looking around a bit, we picked up some pops and went out back to the mountain stream for some sugar consumption. 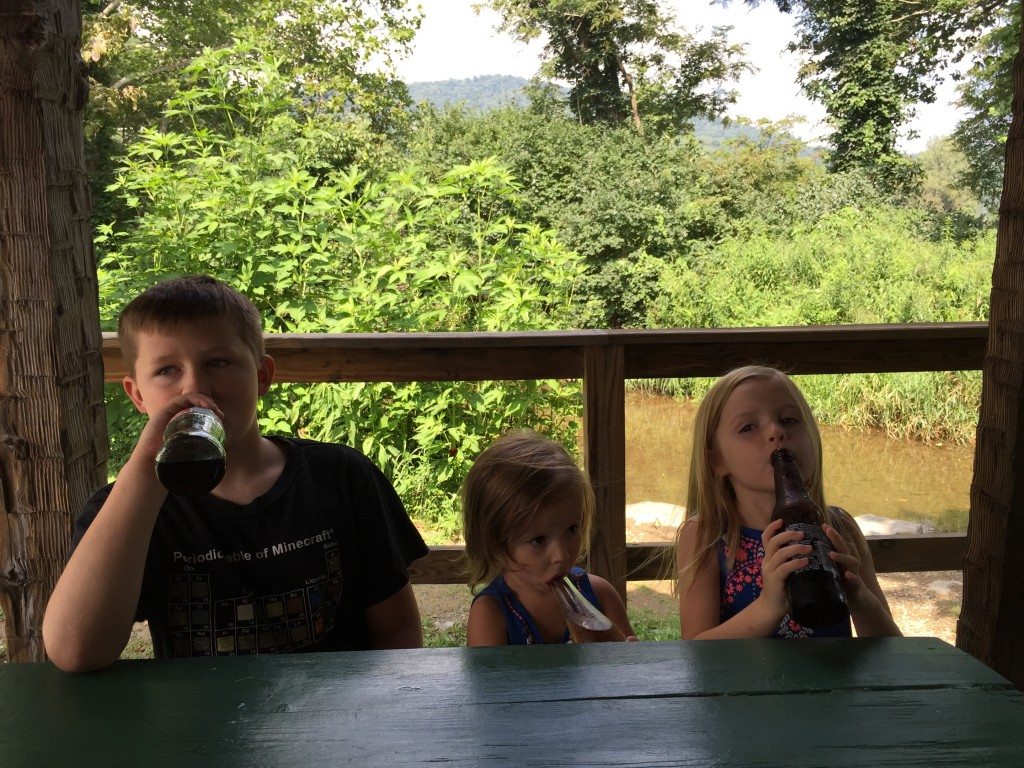 it was a very nice day, so a quick dip in the stream was in order. 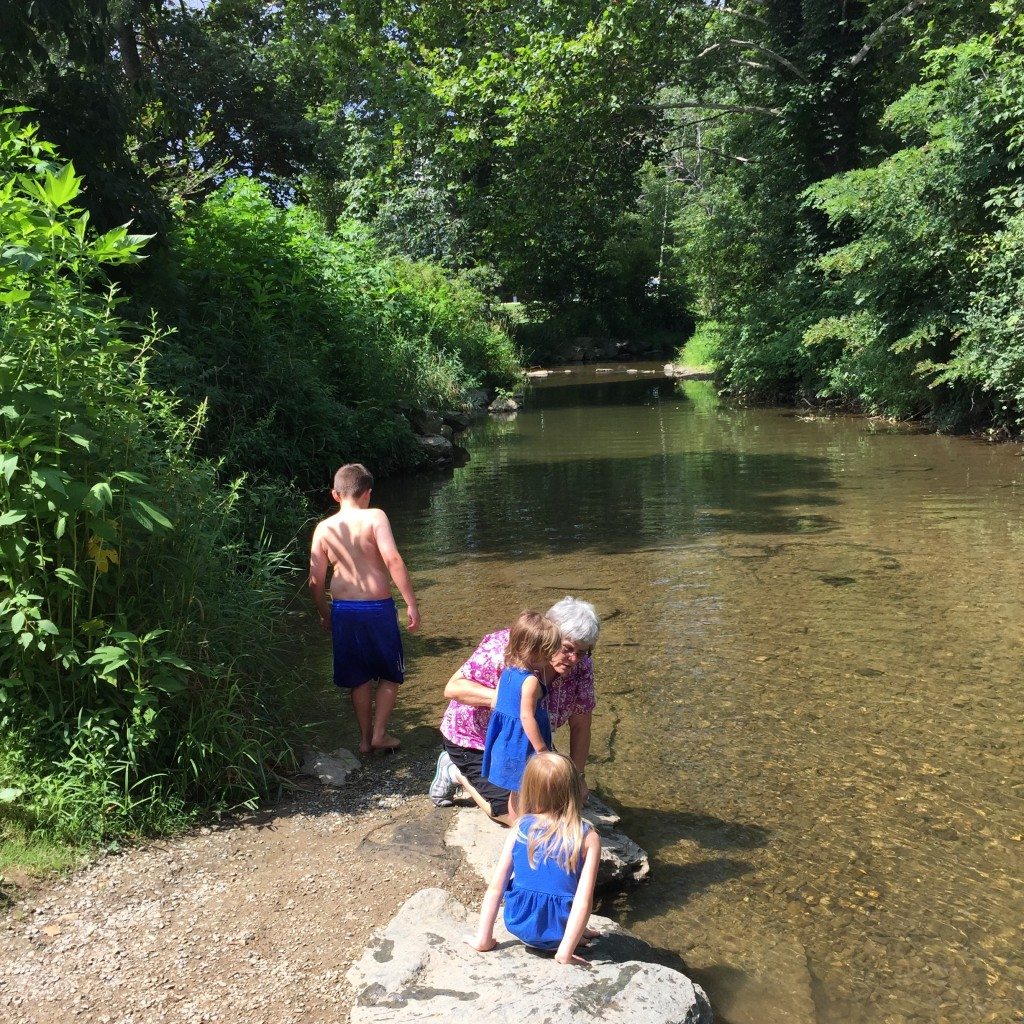 or a full on swim. 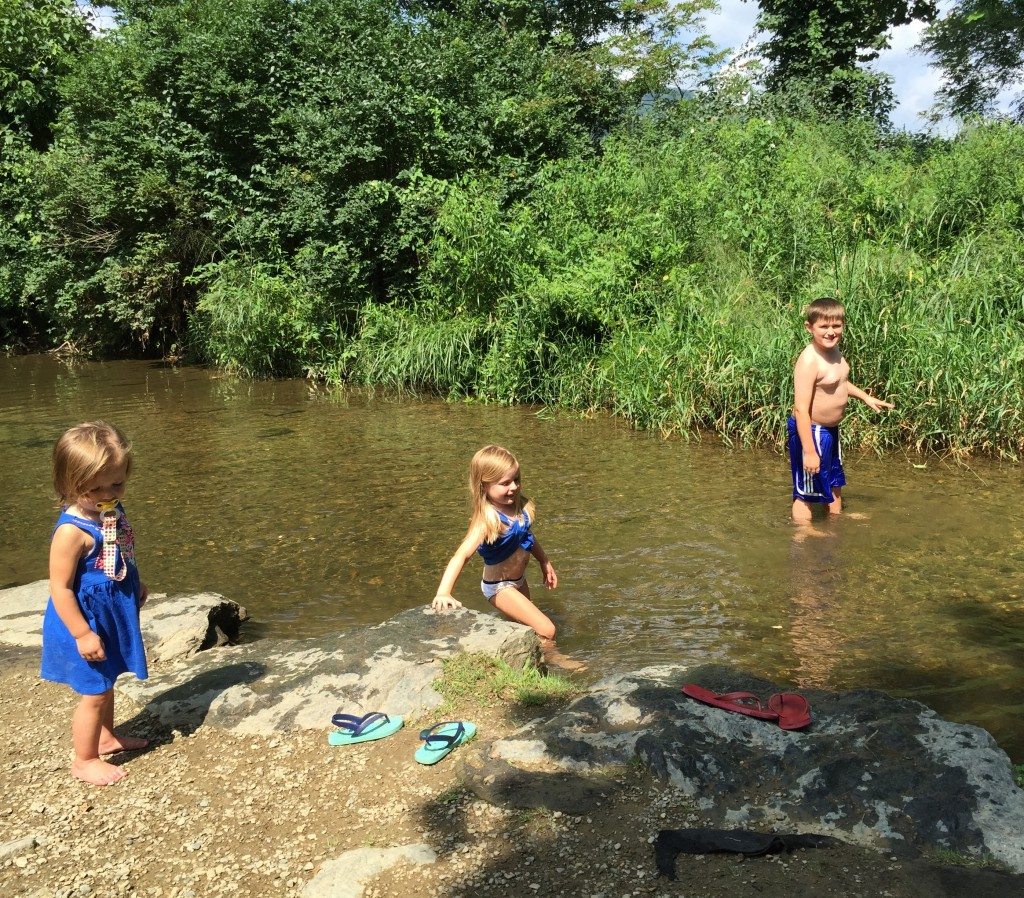 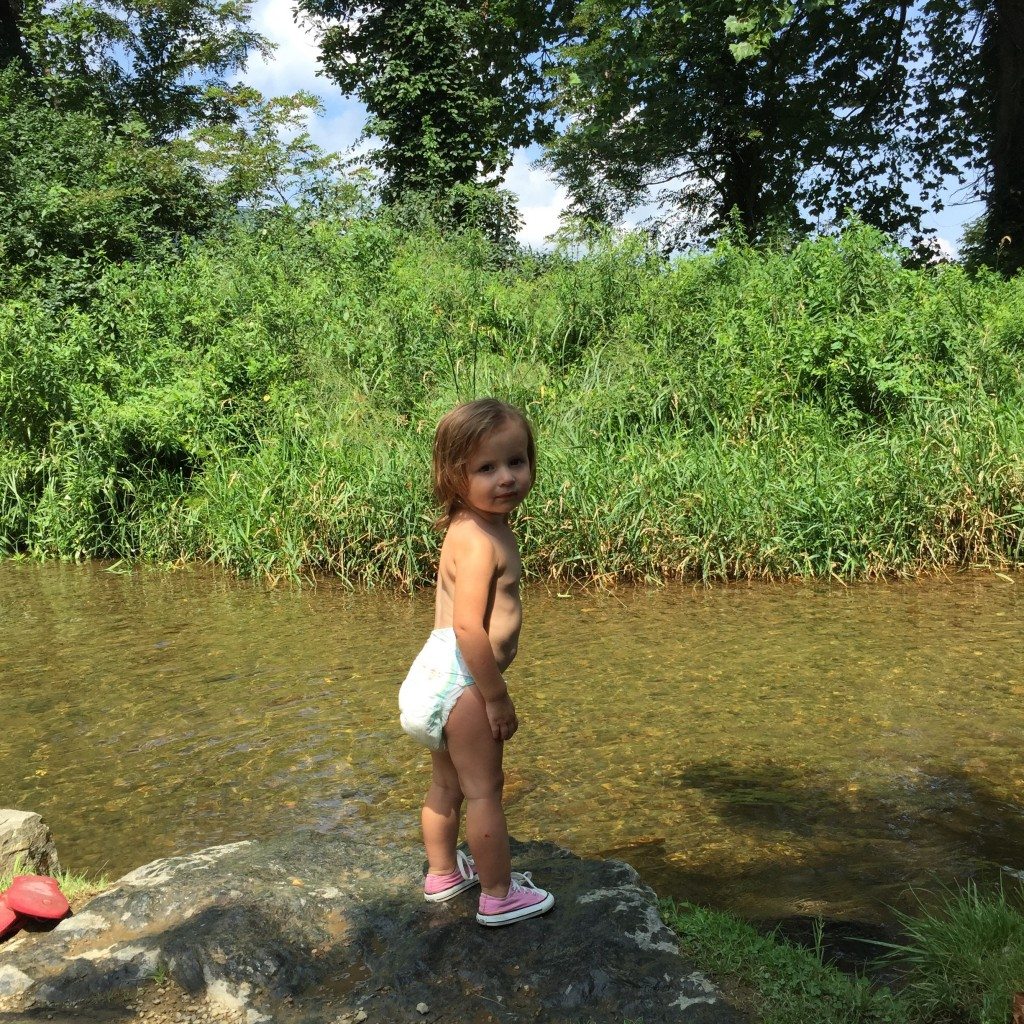 background: we recently decided it was time to introduce isaac to star wars. well, all three kids are big fans. we brought some dvds with us and the adventure continued in our mountain evenings. 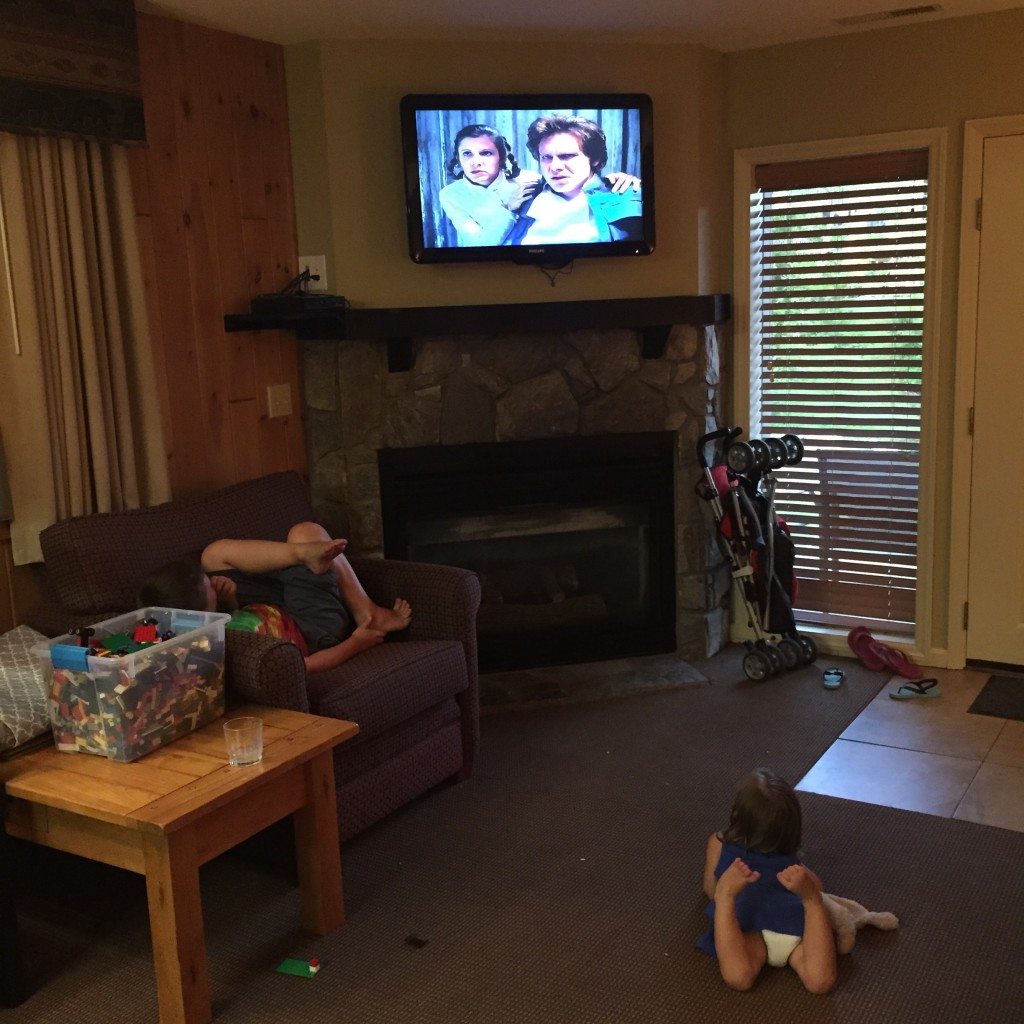 the next day, derek took some time off and we went to tweetsie railroad. we headed straight for the chairlift to the top of the mountain. (mostly because we came in behind a couple of busses and they were all at the bottom, waiting on the train).

i managed to capture this pic of the boy and the dad riding up the chairlift. (i just held the camera behind me and snapped away, while holding onto the girls, hoping for just one good shot). 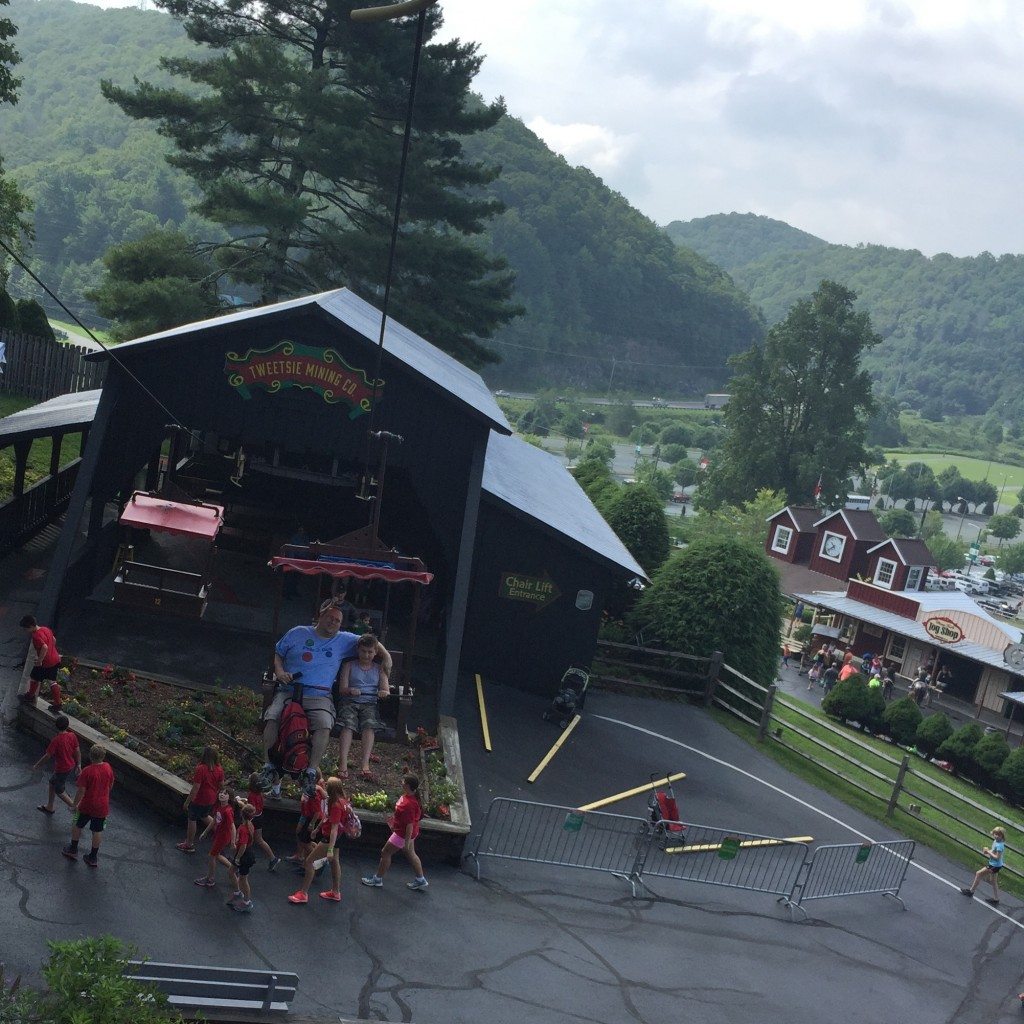 once we were at the top, we went straight for the mouse mine ride, a tiny little train the rolls around the top of the mountain and then into a terrifying neon animatronic filled mine. 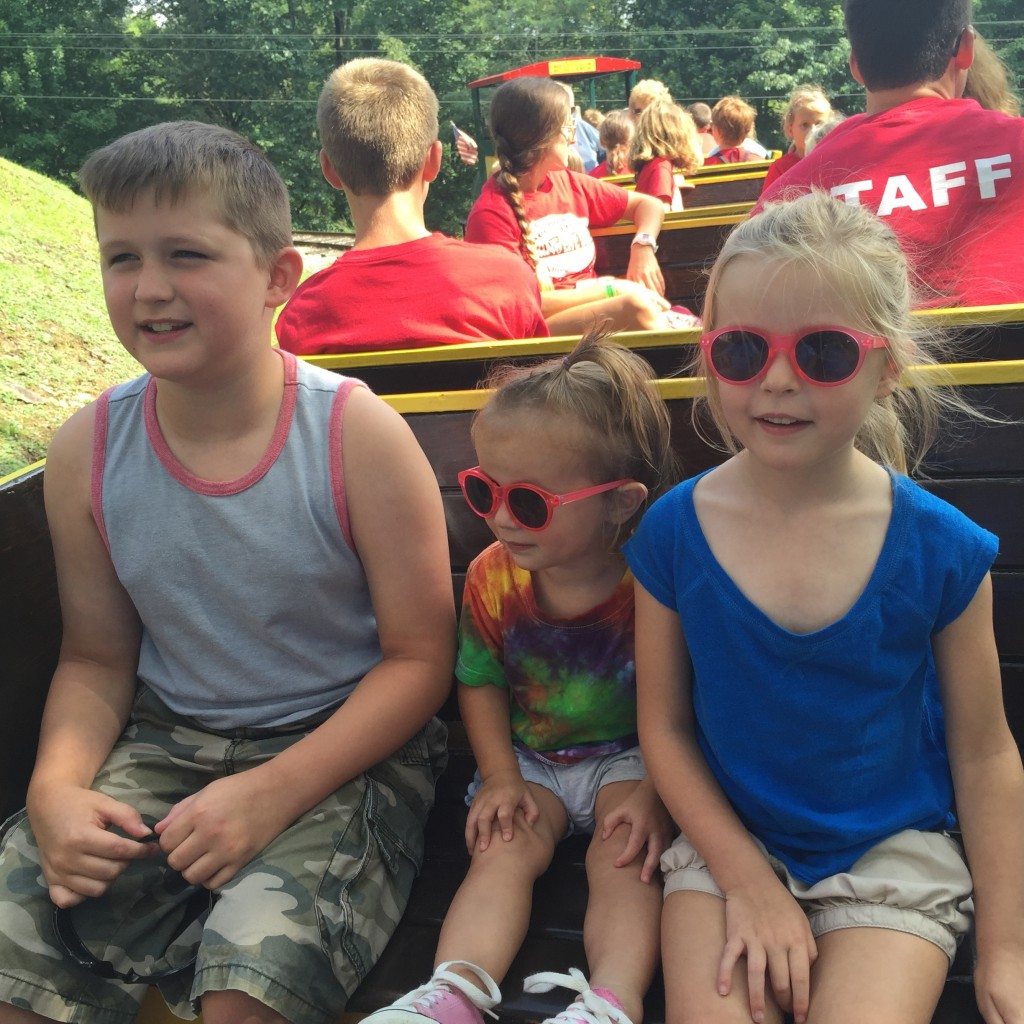 the rides at the top are geared more for little folks, so isaac and derek wandered off, while the girls rode this. 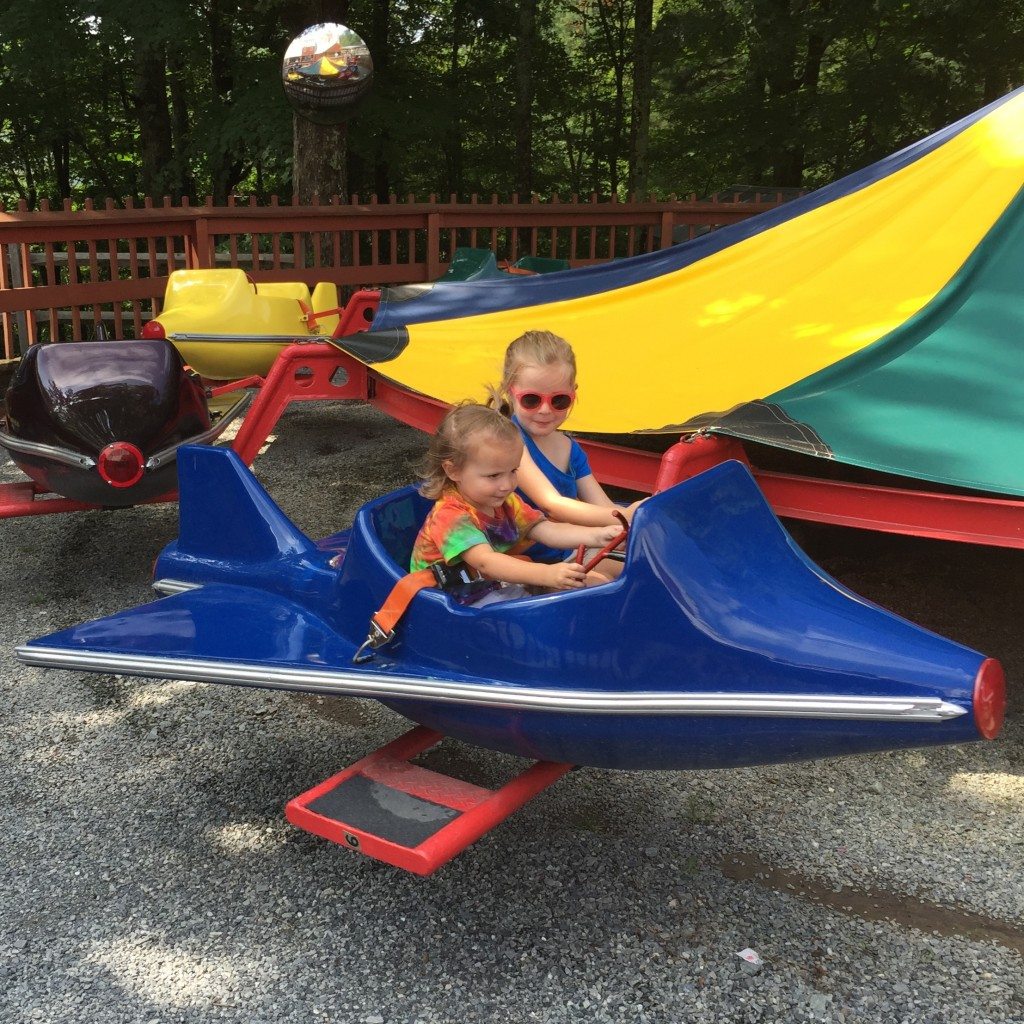 then we wandered into a weird little performance and anna insisted we stick around until the end for photos. 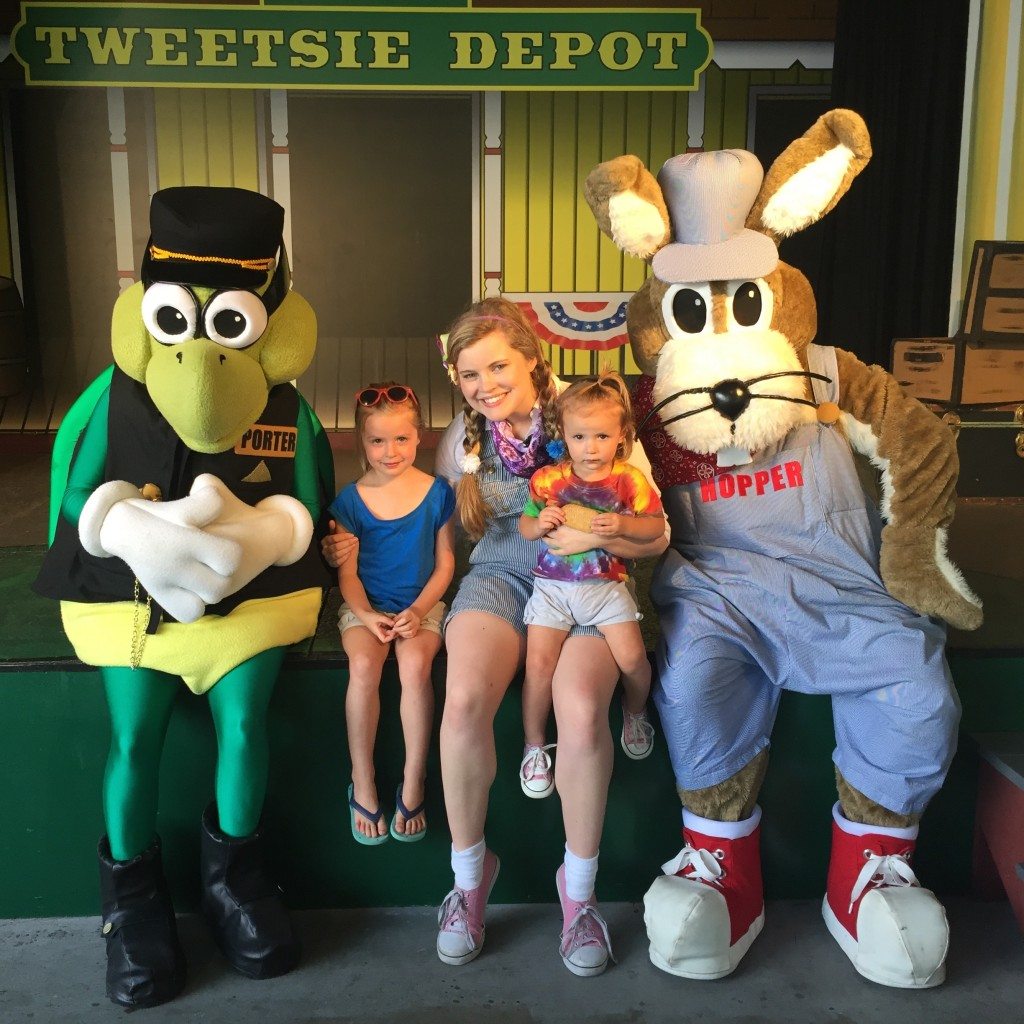 anna was the only brave big kid to ride this. 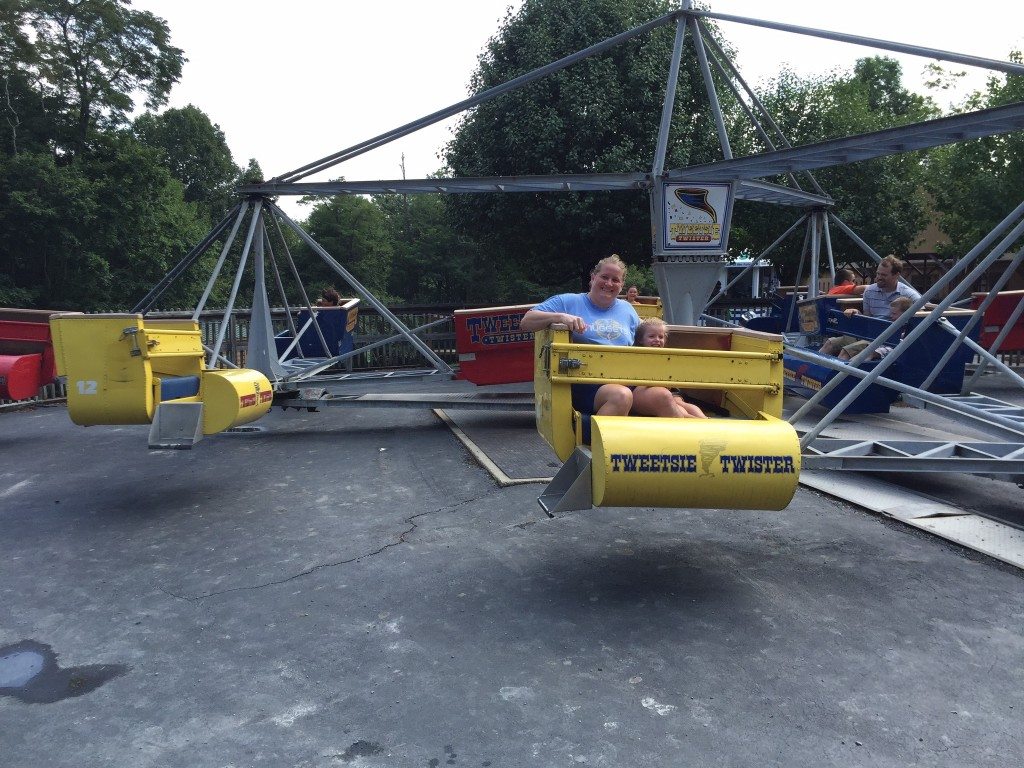 after a bit of riding, we made our way into the petting zoo. there are always baby goats running rampant, so that’s super fun times. 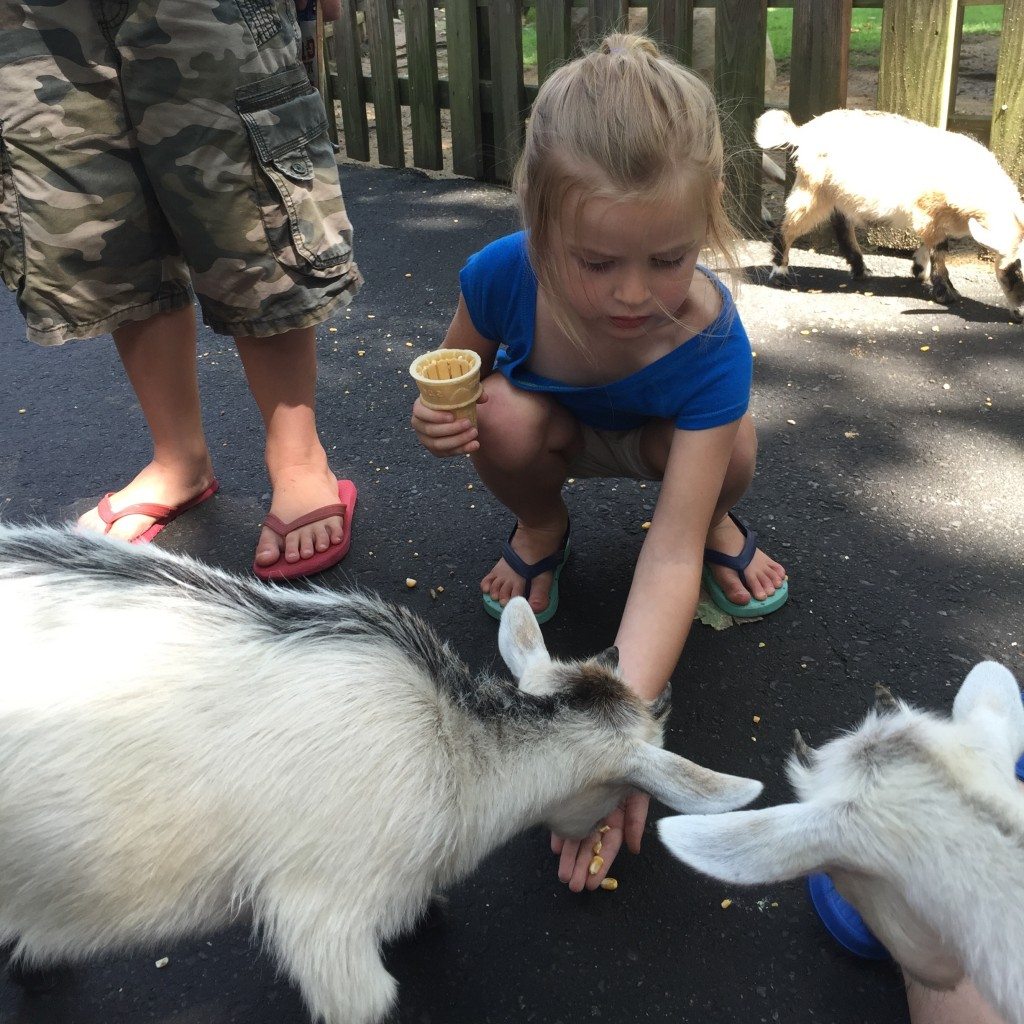 hazel was mostly terrified, after a baby goat jumped on her and knocked her down, but then recovered quickly. 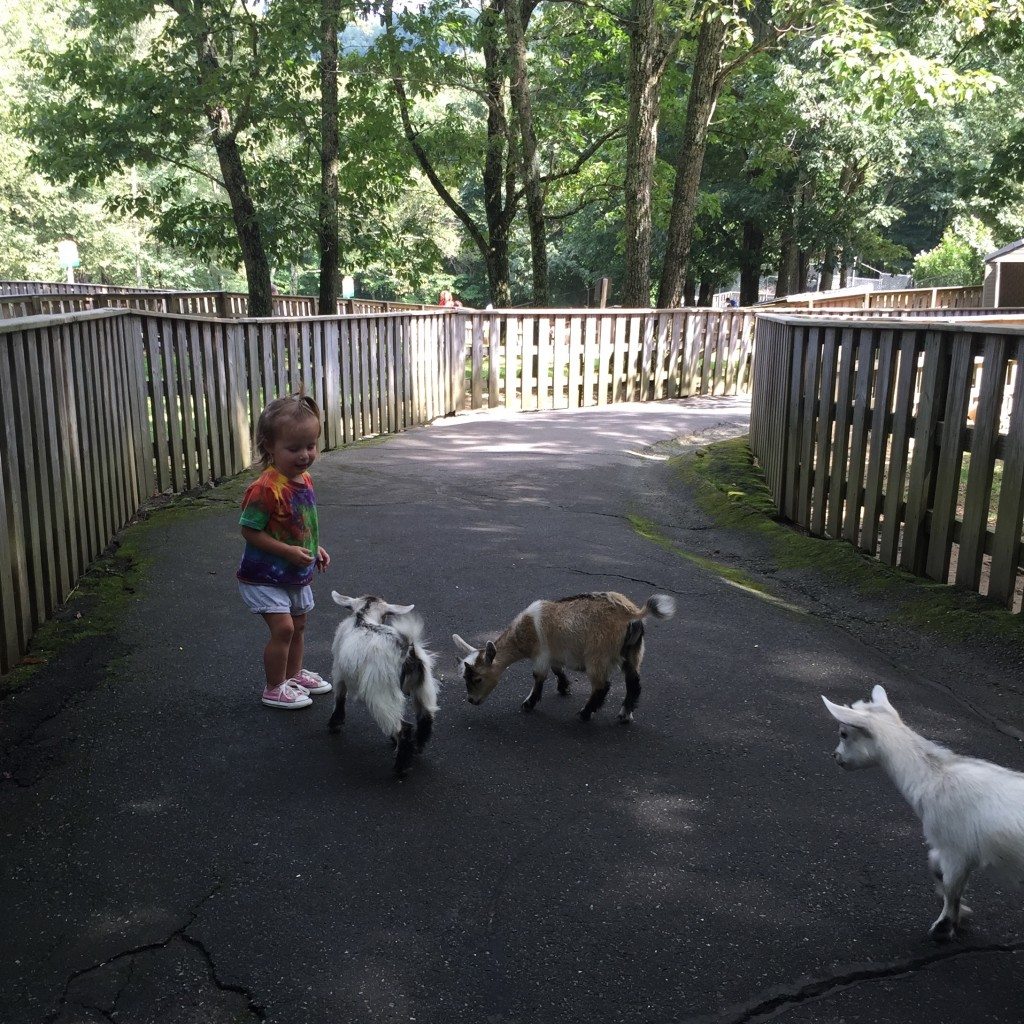 some llamas i think. 🙂 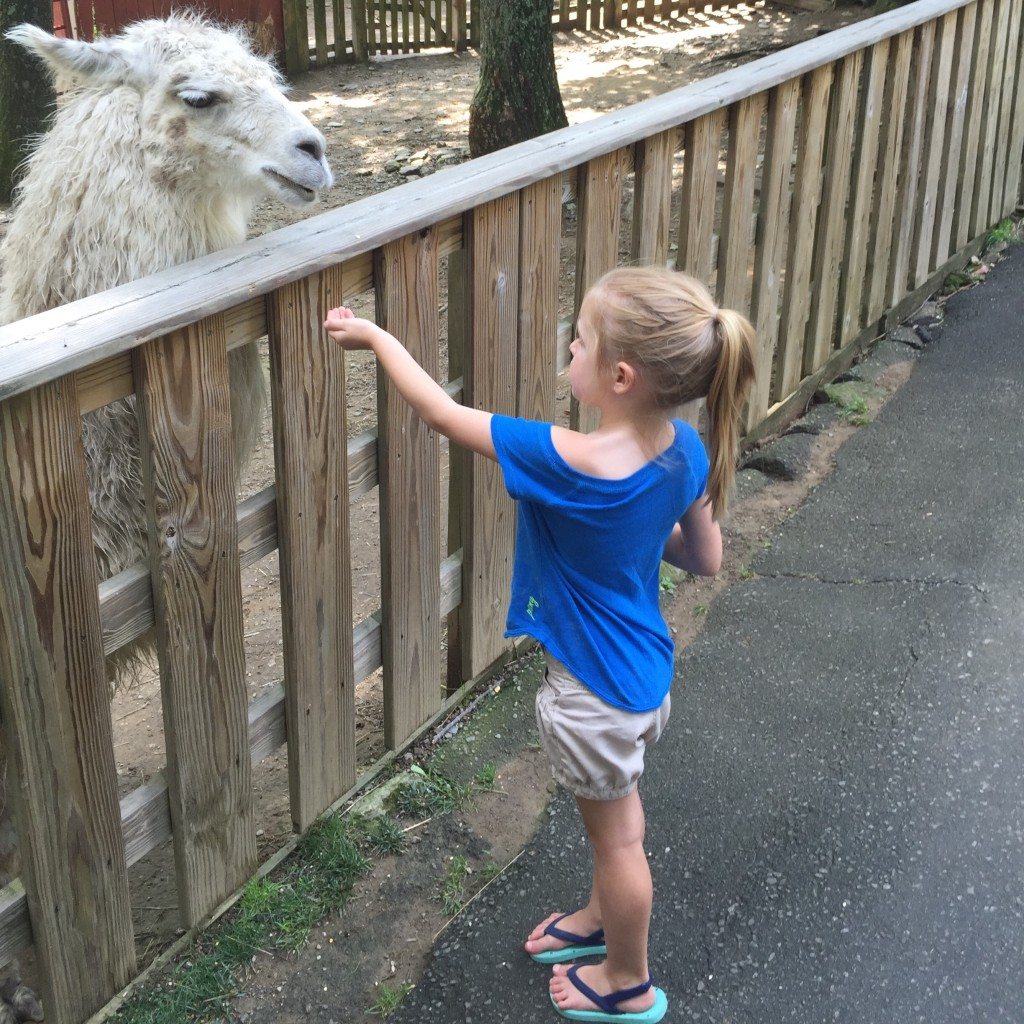 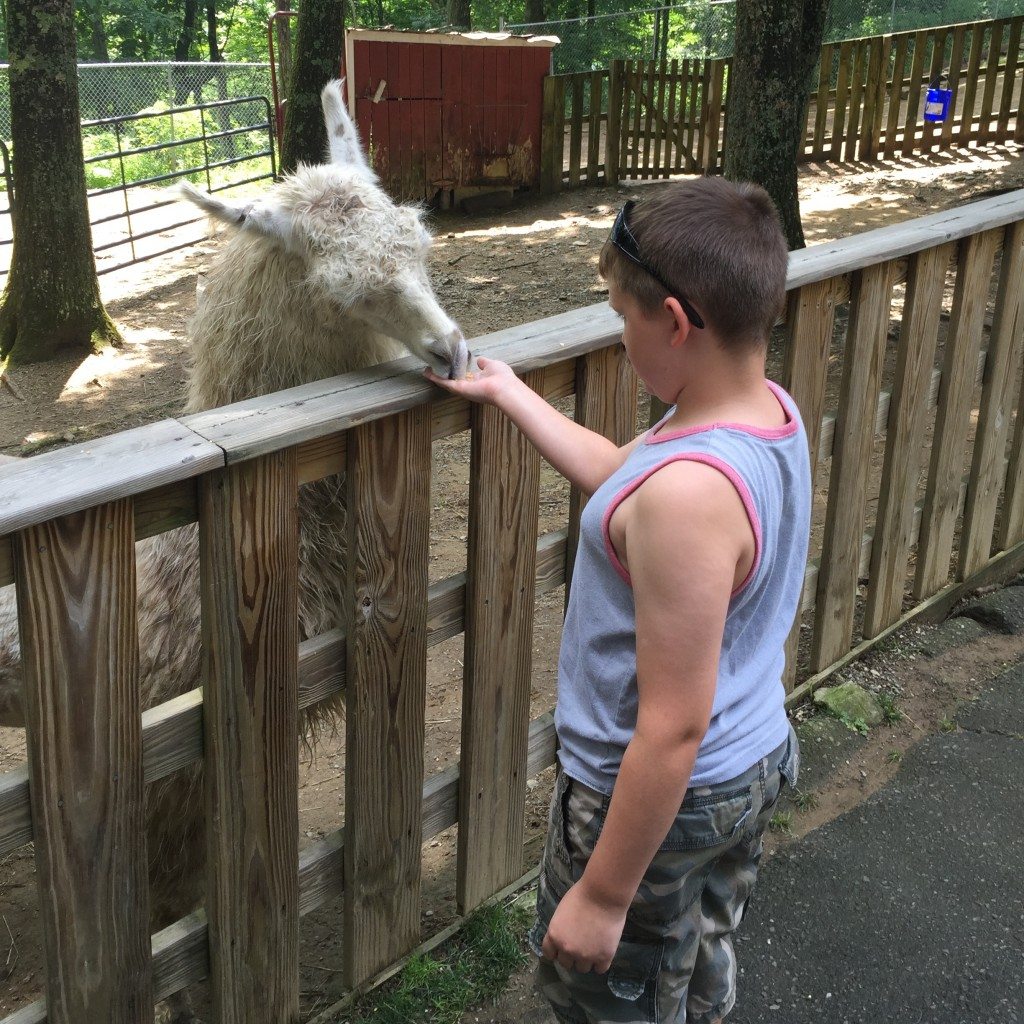 a shot with dad in front of old tweetsie.  somehow i managed zero pictures of the actual train ride. 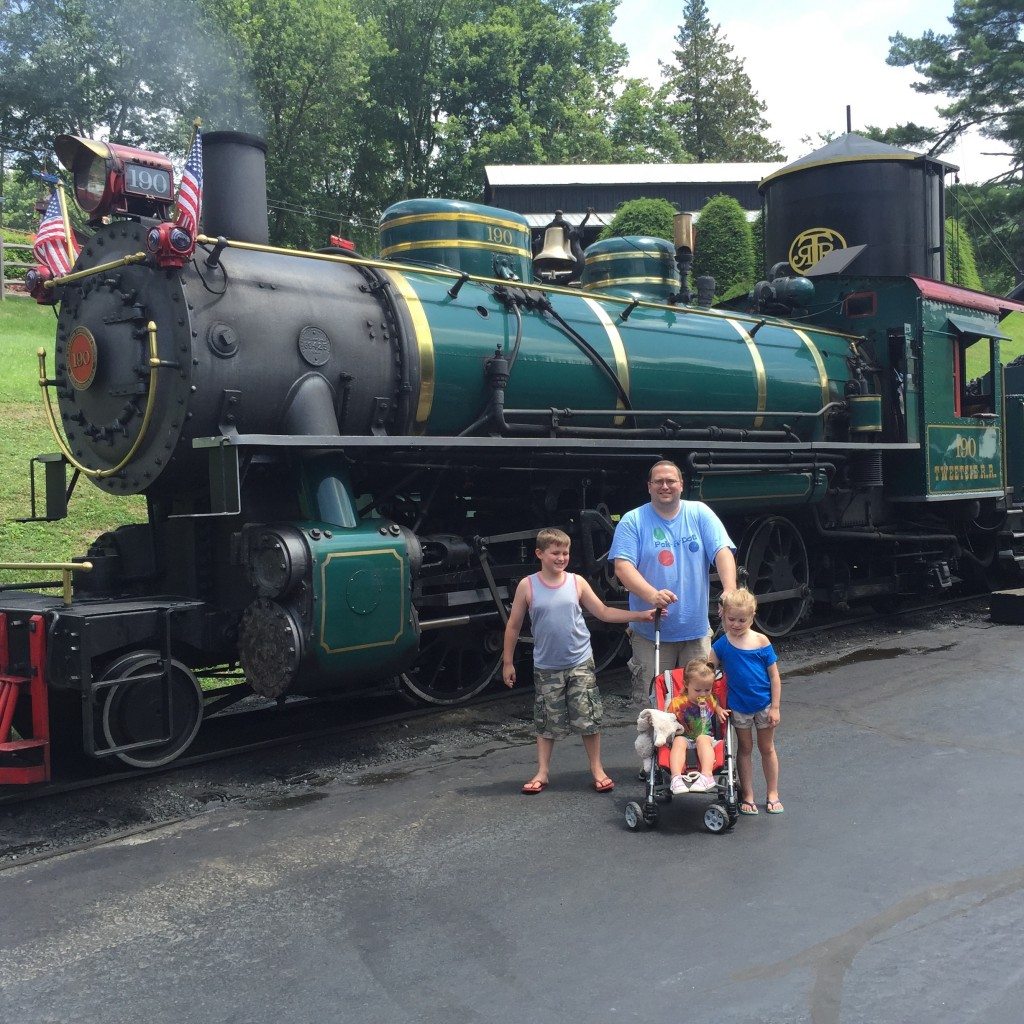 the ferris wheel view.  it was a bust.  anna and hazel rode with me and hazel hated it.  she said “owwww” everytime we came over the top and we got that terrible feeling in our stomachs from dropping too quickly. 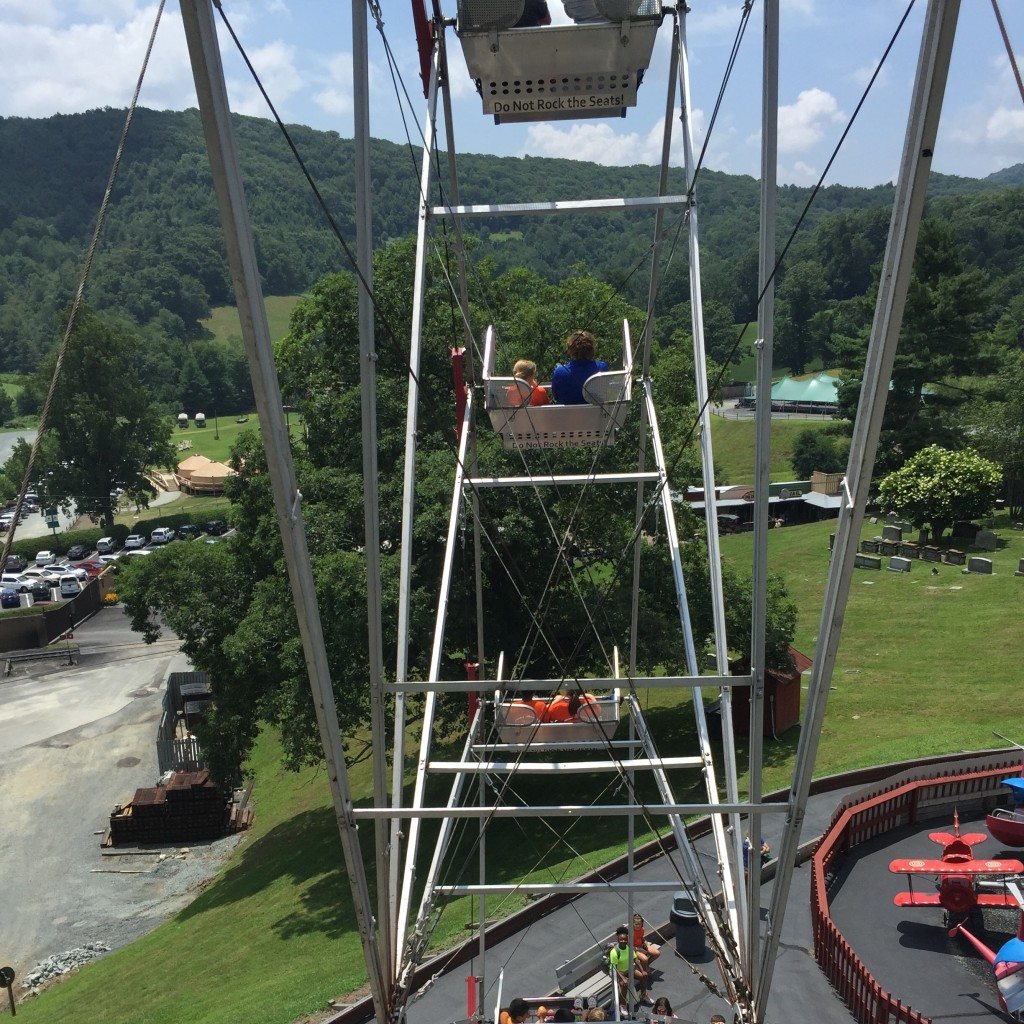 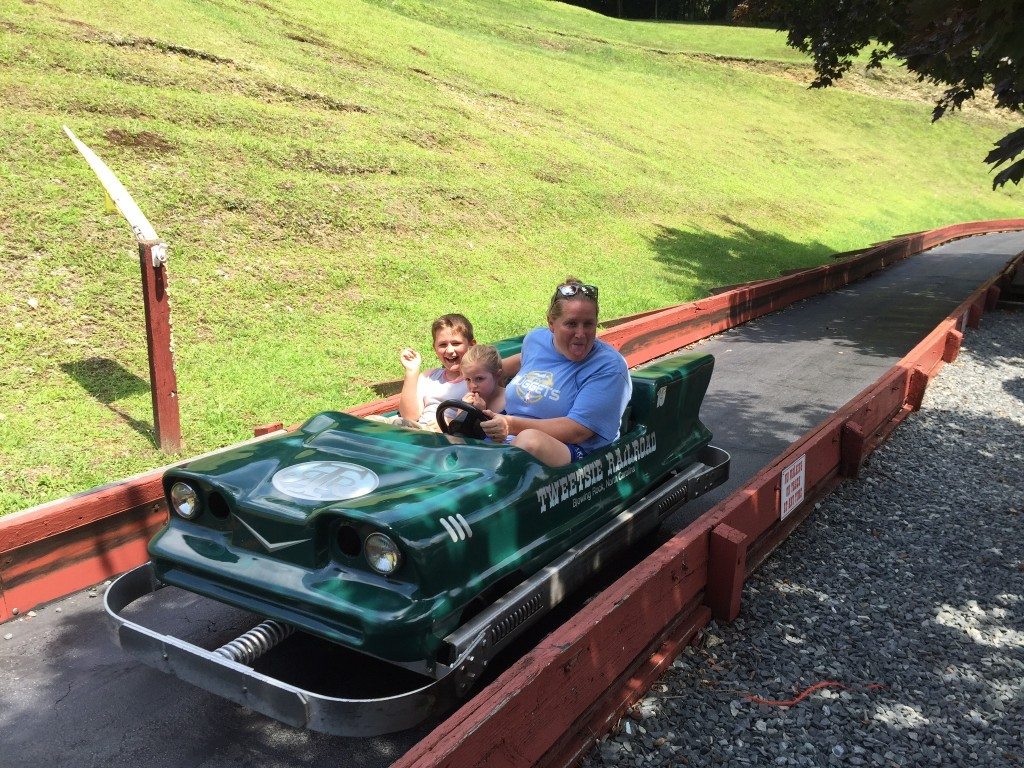 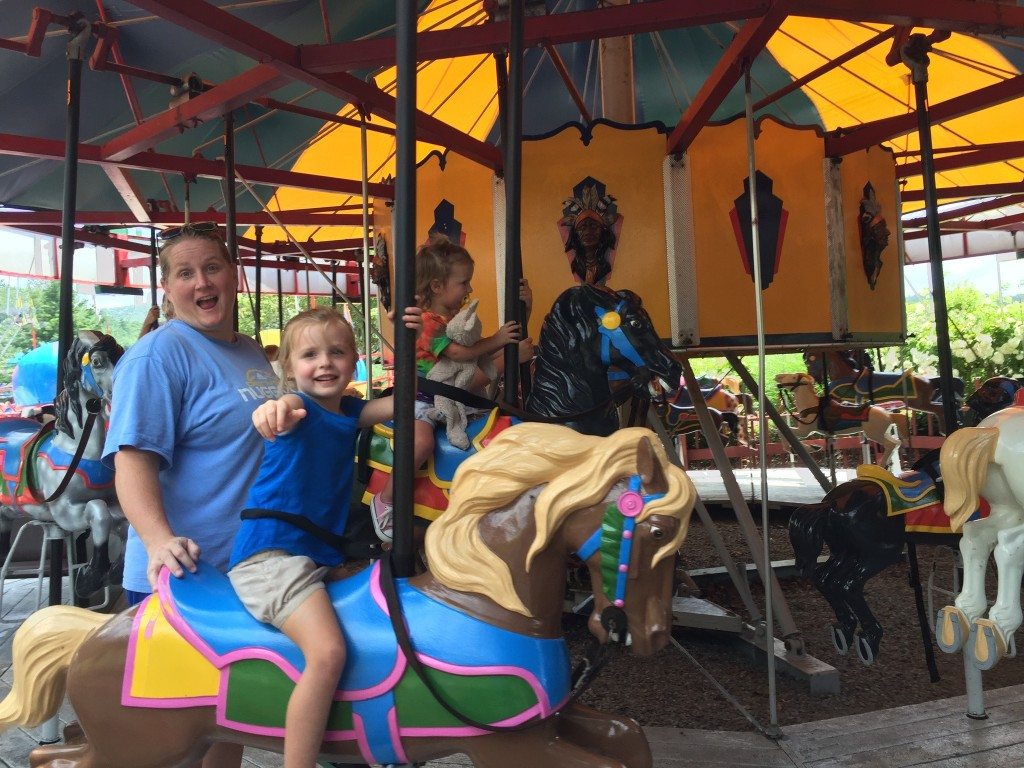 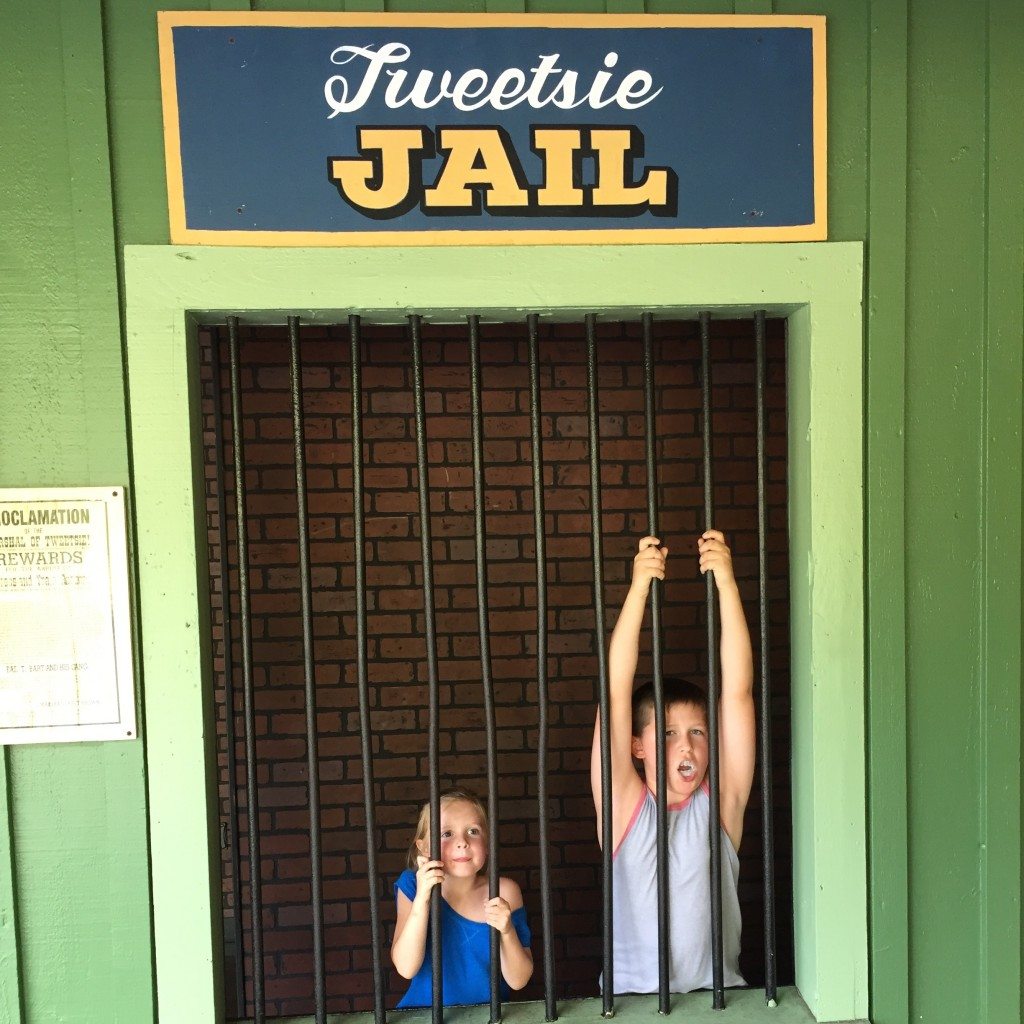 we made our way back to the condo for a nice long hazel nap and some chill out time before reassembling for a cookout with all of the whole entire family at the pavilion.

all of the cousins. 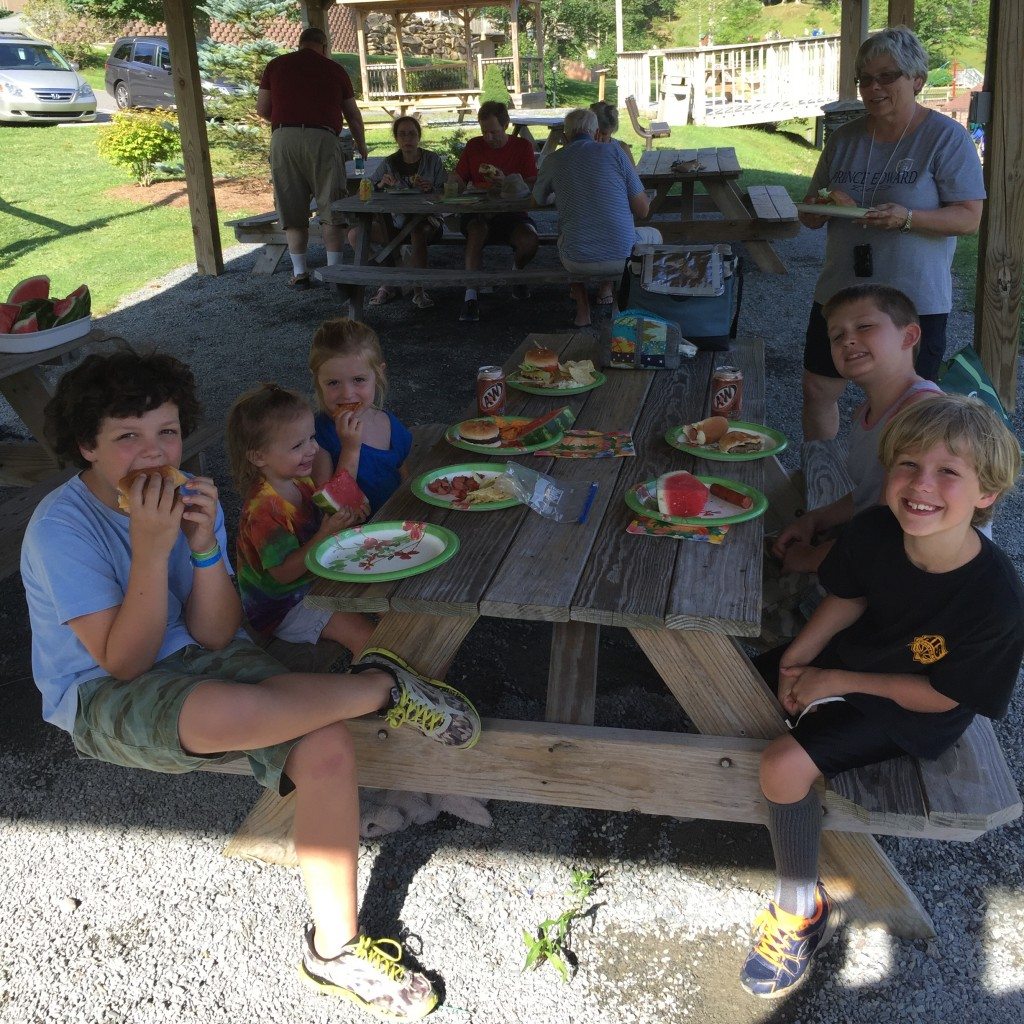 watermelon “first dessert”. (we had ice cream later for all of the august birthdays). 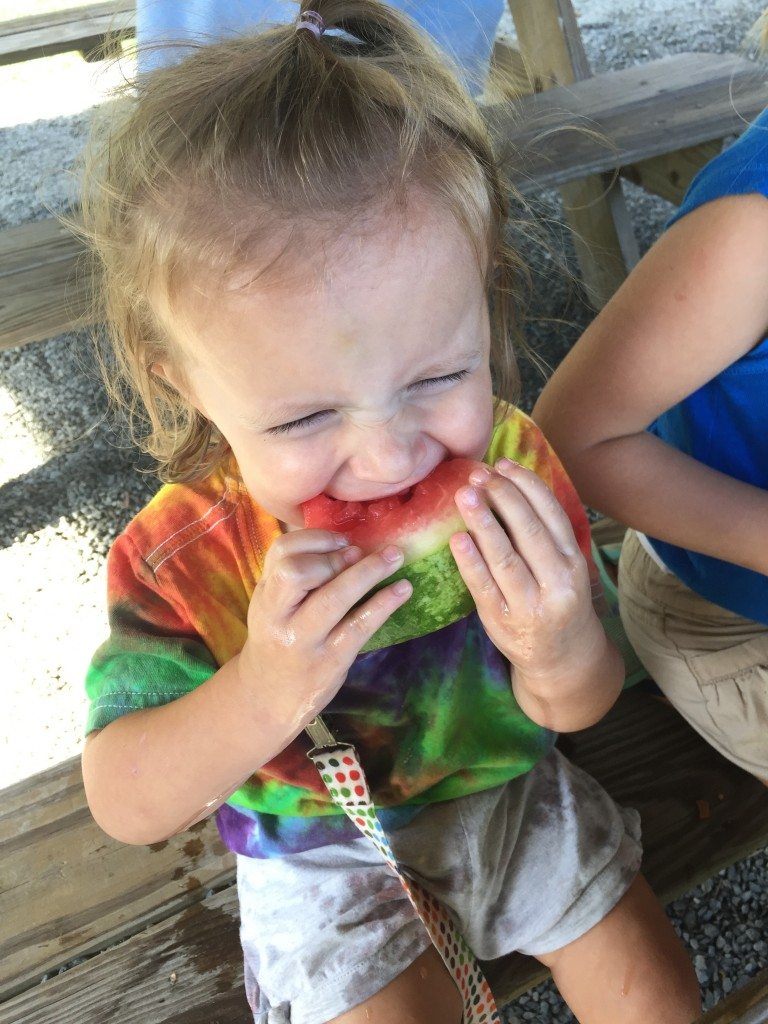 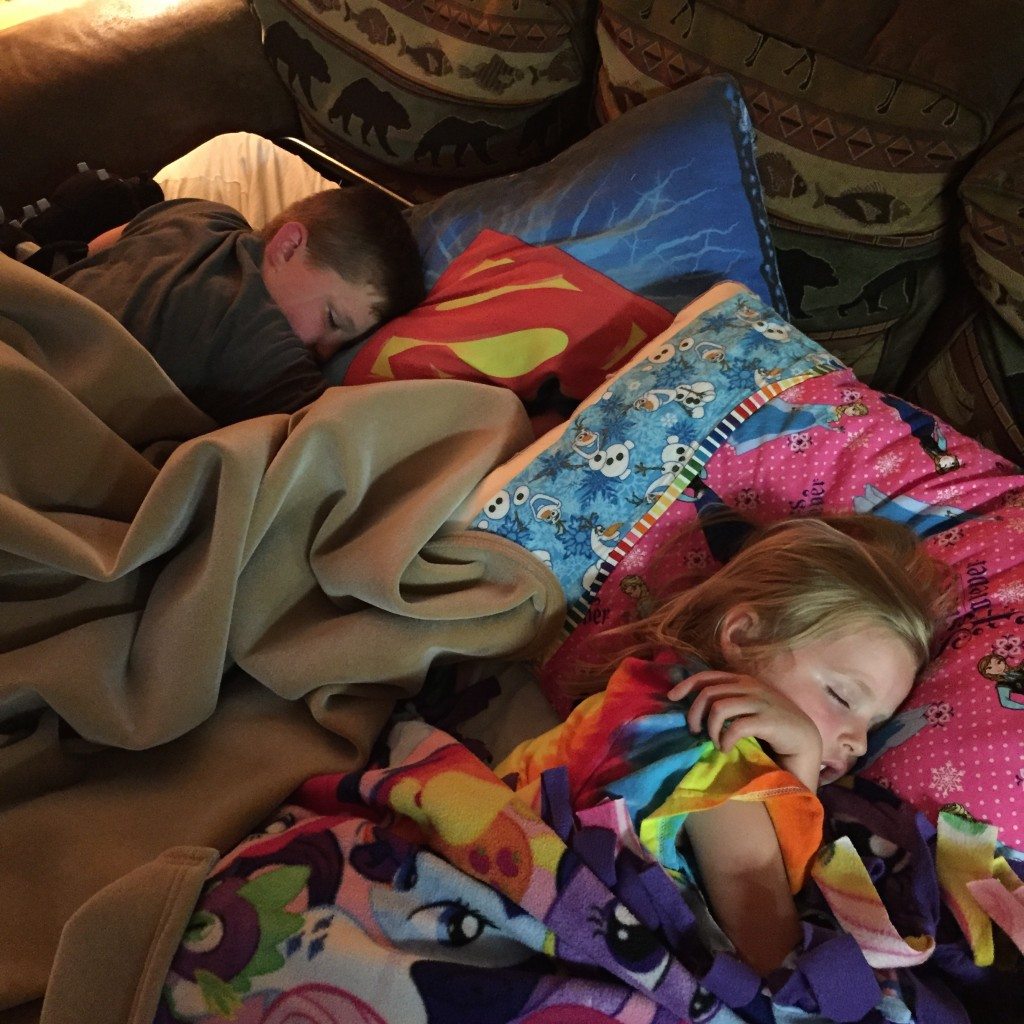 we had to checkout the next morning, but we extended the vacation a bit, by hitting the outlets and having lunch with derek’s parents, before getting back on the road for home. and our little spontaneous mountain adventure was in the books.