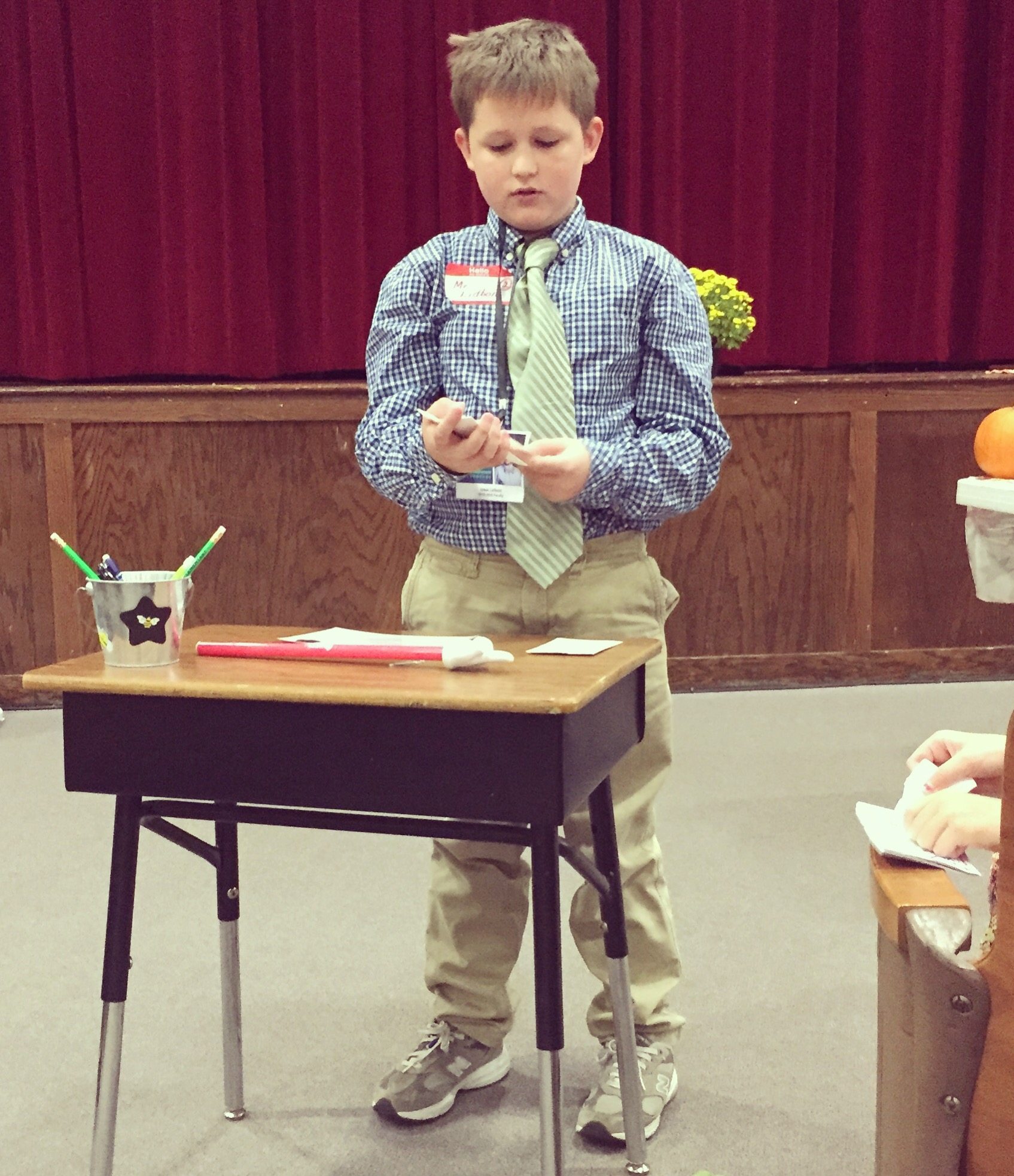 isaac has had a busy year so far. there are a lot of activities in his little nerd program. last week, he had a “book brag” and a field trip. here are their stories.

firstly, the book brag. each month, the kids do a sort of book report with a twist. the first one was “be a teacher”. the kids picked characters from two books and chose five character traits for each and then graded them on those traits, with examples and references from the book. then, they presented them, as a teacher, to the parents in small groups. while the room moms decorated and planned and such…

the kids rolling in….

the cool nametag i made for him.

it was fun. but a little crazy. i was pretty grumpy, because our group took the longest (thanks to an awesome kid with a storyboard and puppets). and isaac went second to last and all the other groups were done and talking loudly, so i couldn’t hear him. also. he mumbles and talks low. so, i’m not sure if he was good or bad. but he looked the part. 🙂

and then, the next day was a field trip to reynolda gardens in winston-salem. the class split into two and off we went. our guide was pretty cool.

these kiddos kept him on his toes with questions and curiosity.

inside the greenhouse was where all the cool stuff was. like this lorax looking flower.

and some cute little cacti.

the kiddos were most impressed with the timed misting spray.

at the end, they got to plant their own little cactus to take home.

and a class pic for the road.

and, by noon, we were done.