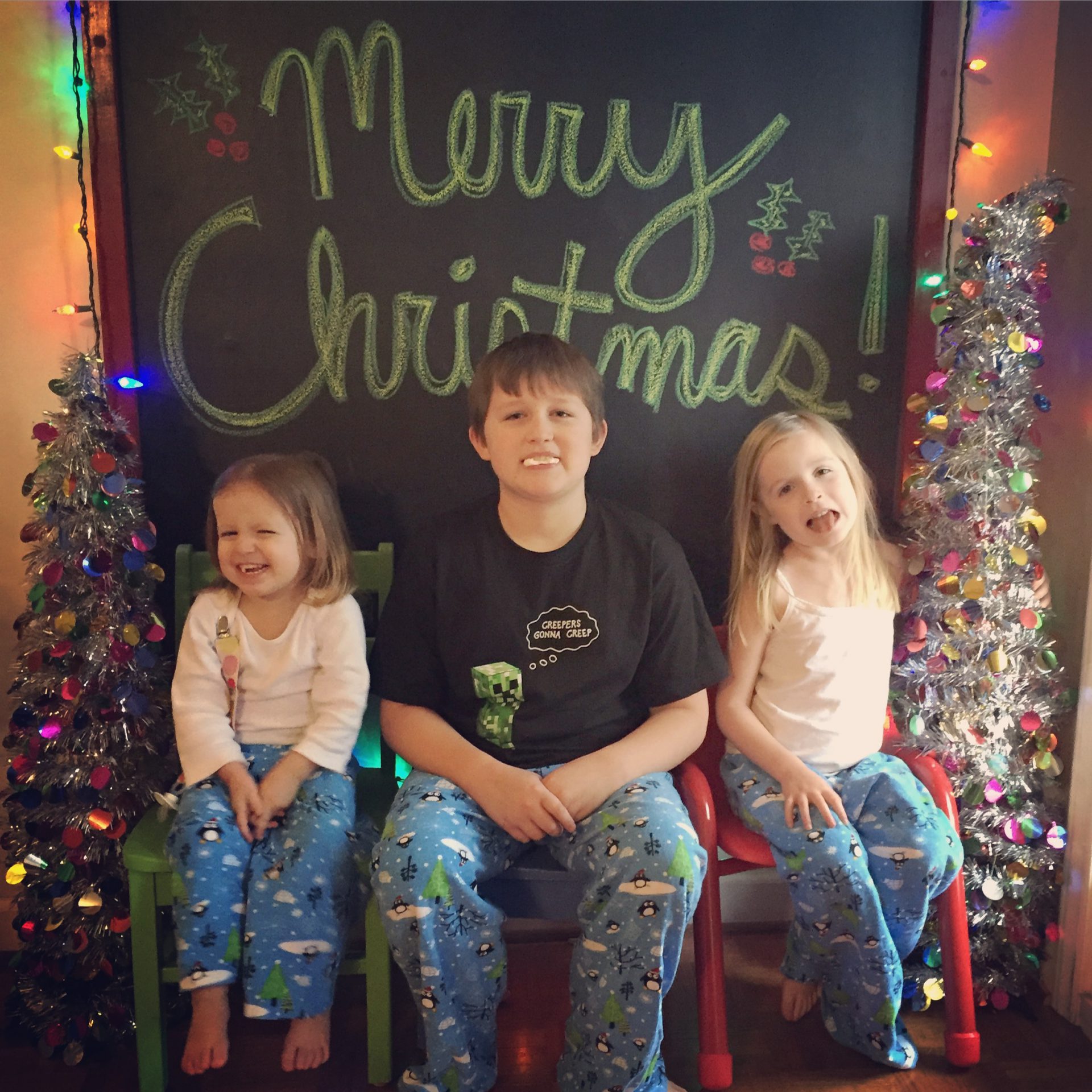 every year, we an early christmas at derek’s parent’s house (swedish christmas), where we eat some meatballs and exchange gifts with that side of the fam. then, there’s obviously regular christmas, where we give our kids a crapload of crap. these are their stories.

for swedish christmas, the grandkids sit at the kiddie table, in the sunroom. unfortunately, it only has room for four, so hazel has to sit at the super-kiddie “table” which is a desk and an ottoman. she’s cool with it. 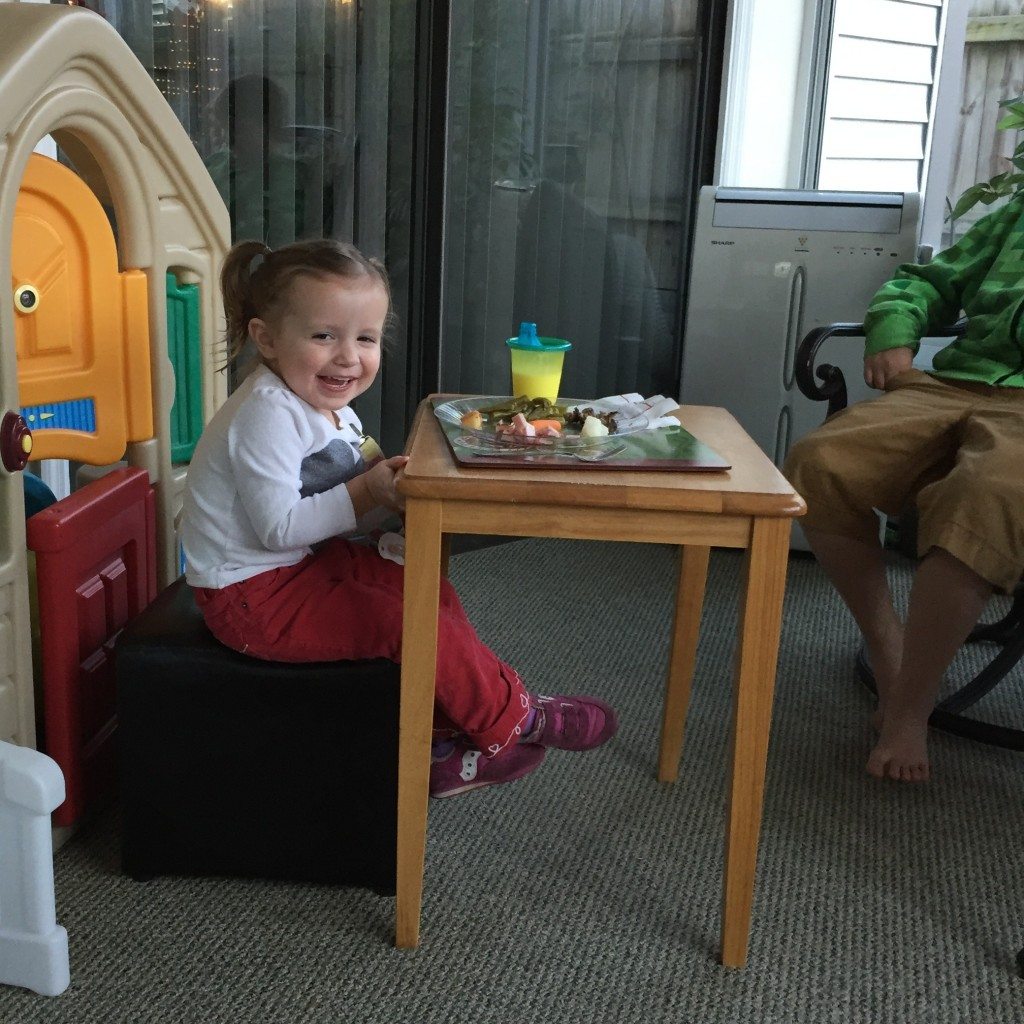 my older two kids were being big fat brats regarding photos and seat placement. we finally let anna sit with hazel, but there was some residual anger that boiled over into this pic. 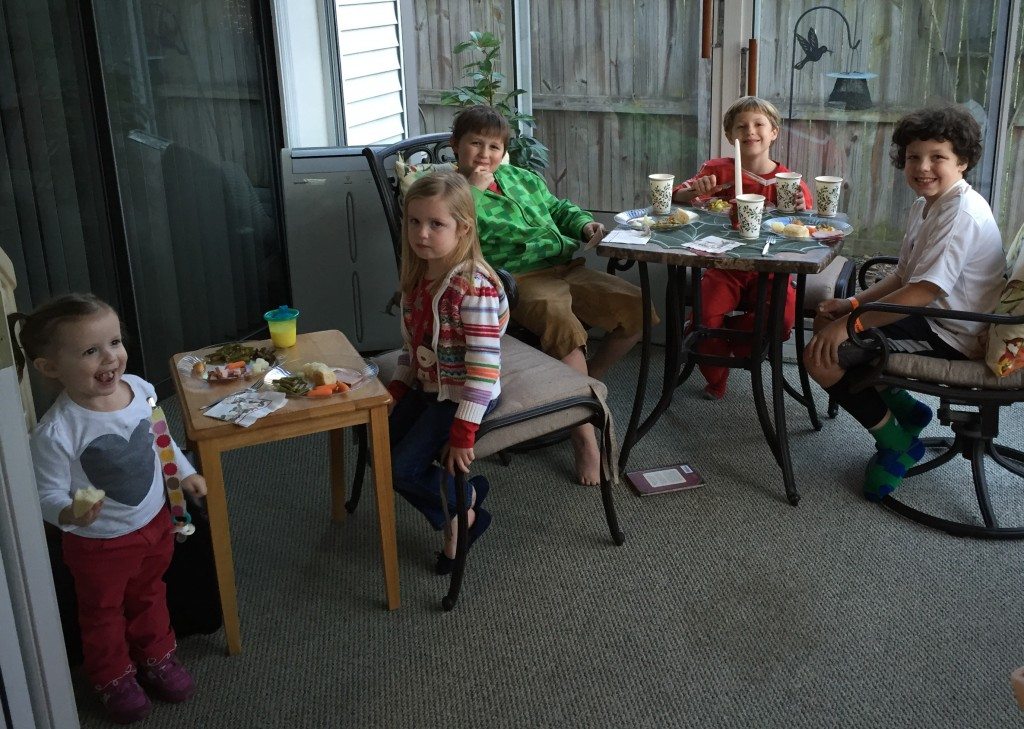 swedish meatballs and accompanying side dishes. 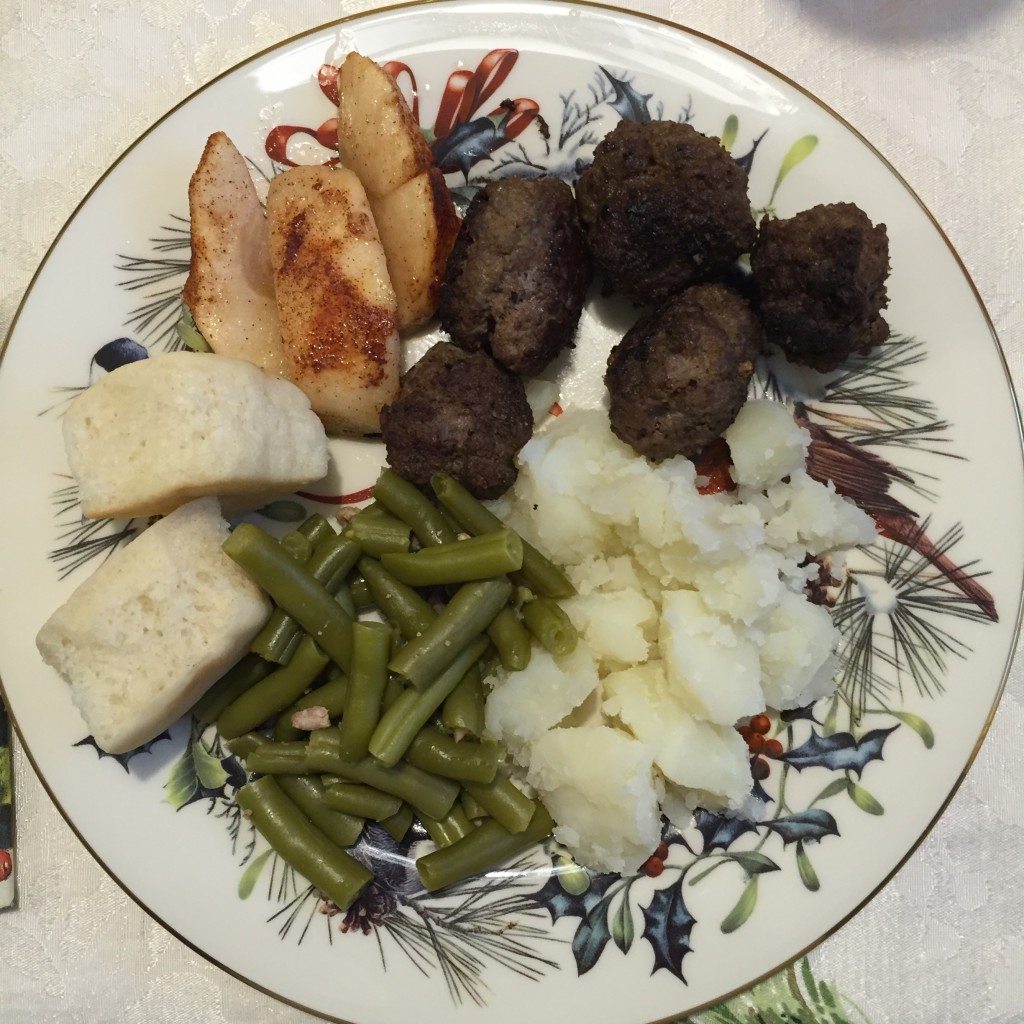 after stuffing our faces, it was present opening time. hazel awaits the fun while practicing for her debut rap album cover photo. 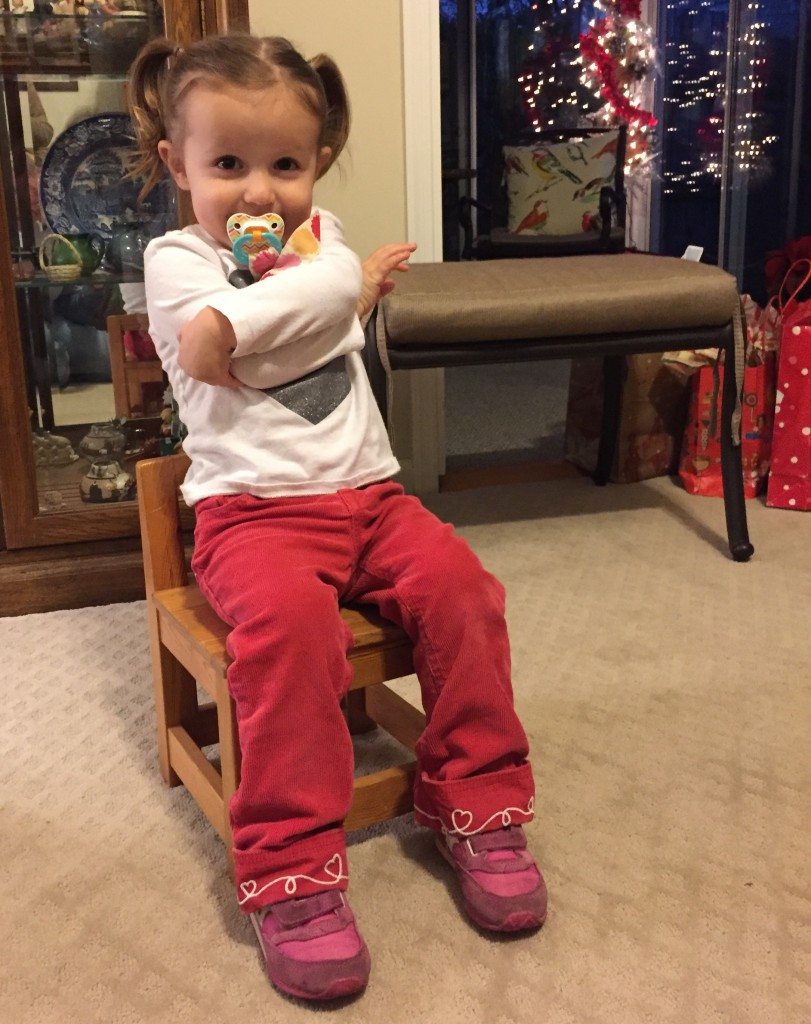 youngest to oldest, hazel was first. (surprise, it was a peppa pig toy). 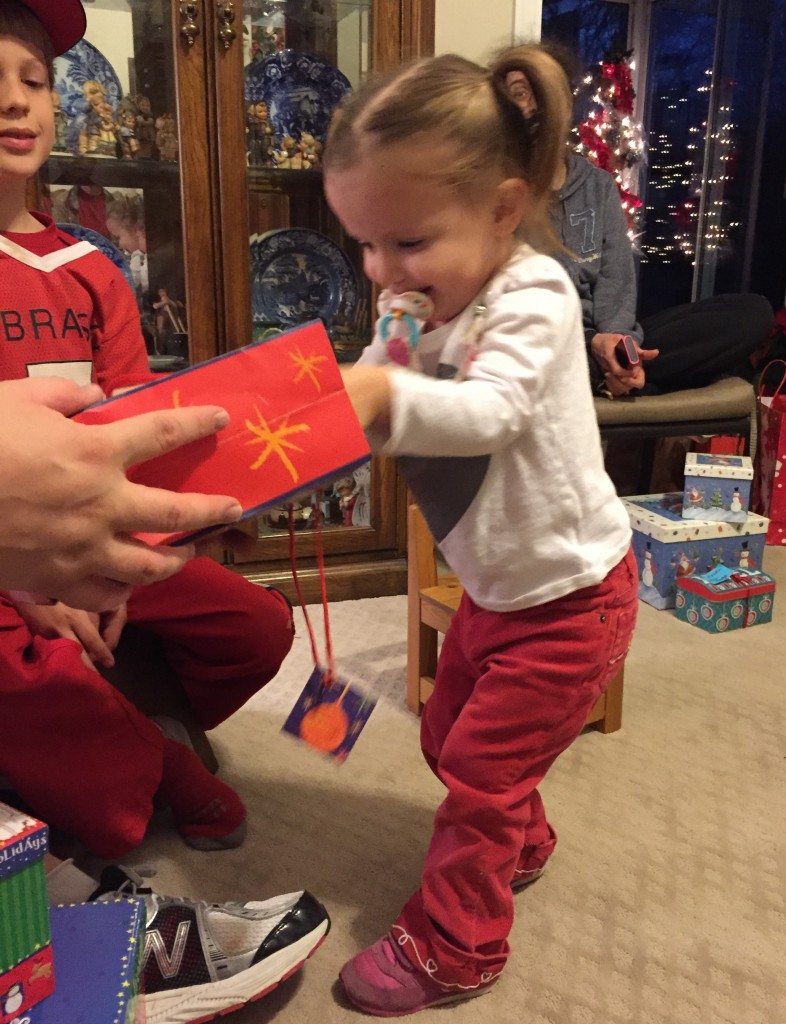 anna and her big new suitcase. 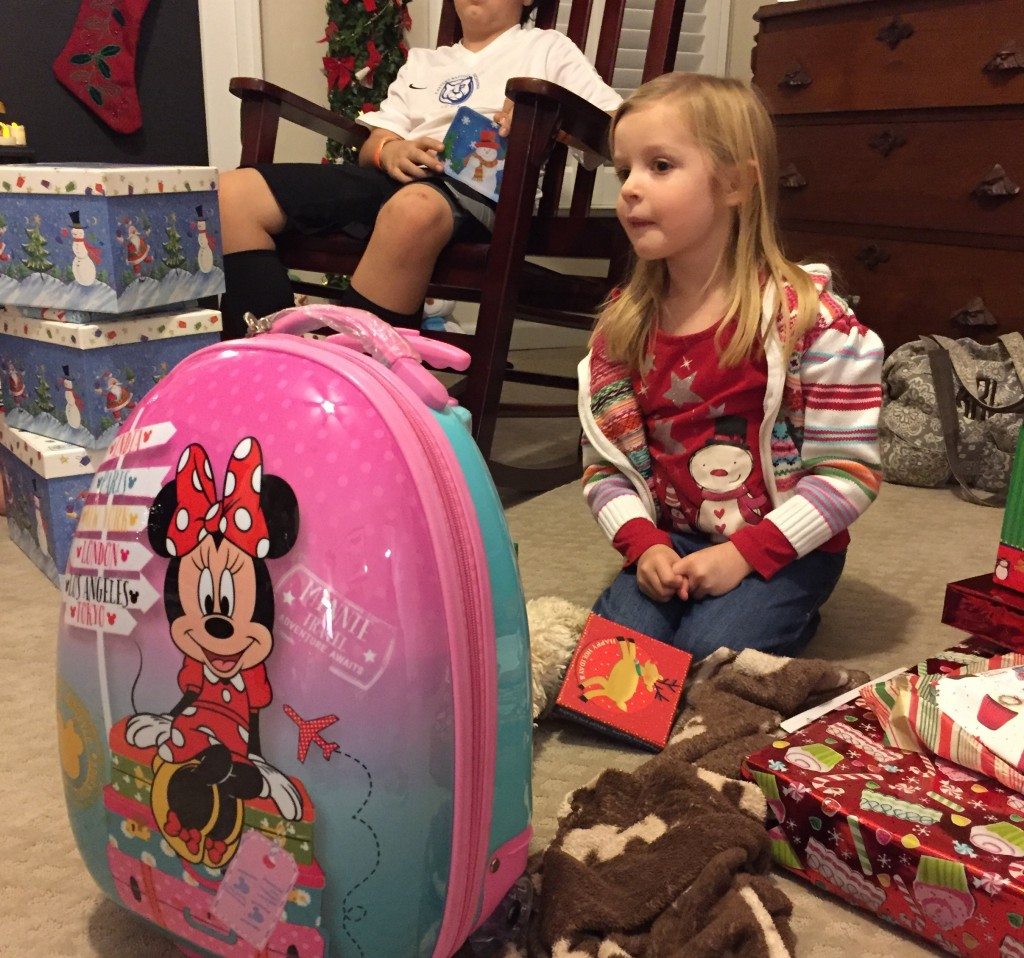 i don’t have any good pics of ike from the day. sorry, isaac.

the hit gift was a spirograph set. all the kids were soon huddled around the table created tri colored geometric designs. 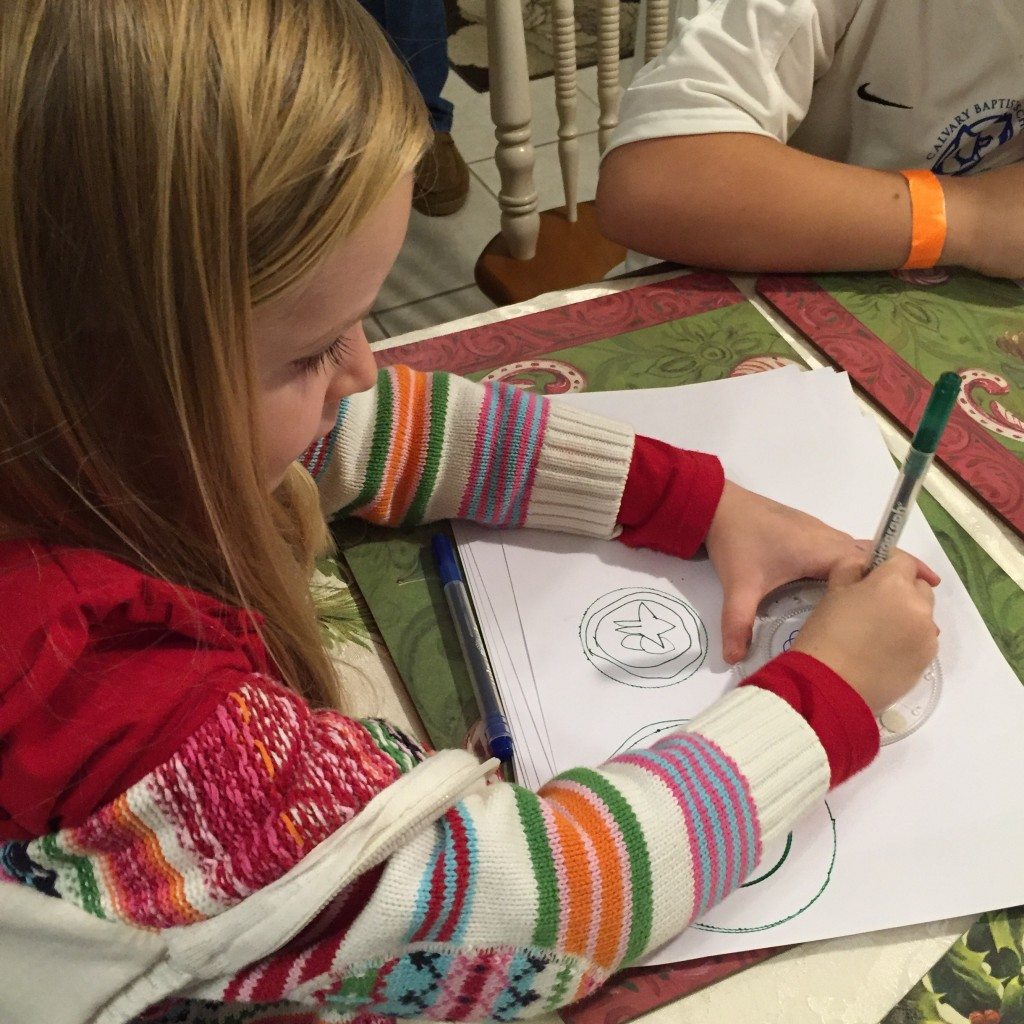 then, a week later, it was actual christmas. or christmas eve, i suppose. in this pic. i managed a decent shot of the kids in the pj’s i SLAVED over. 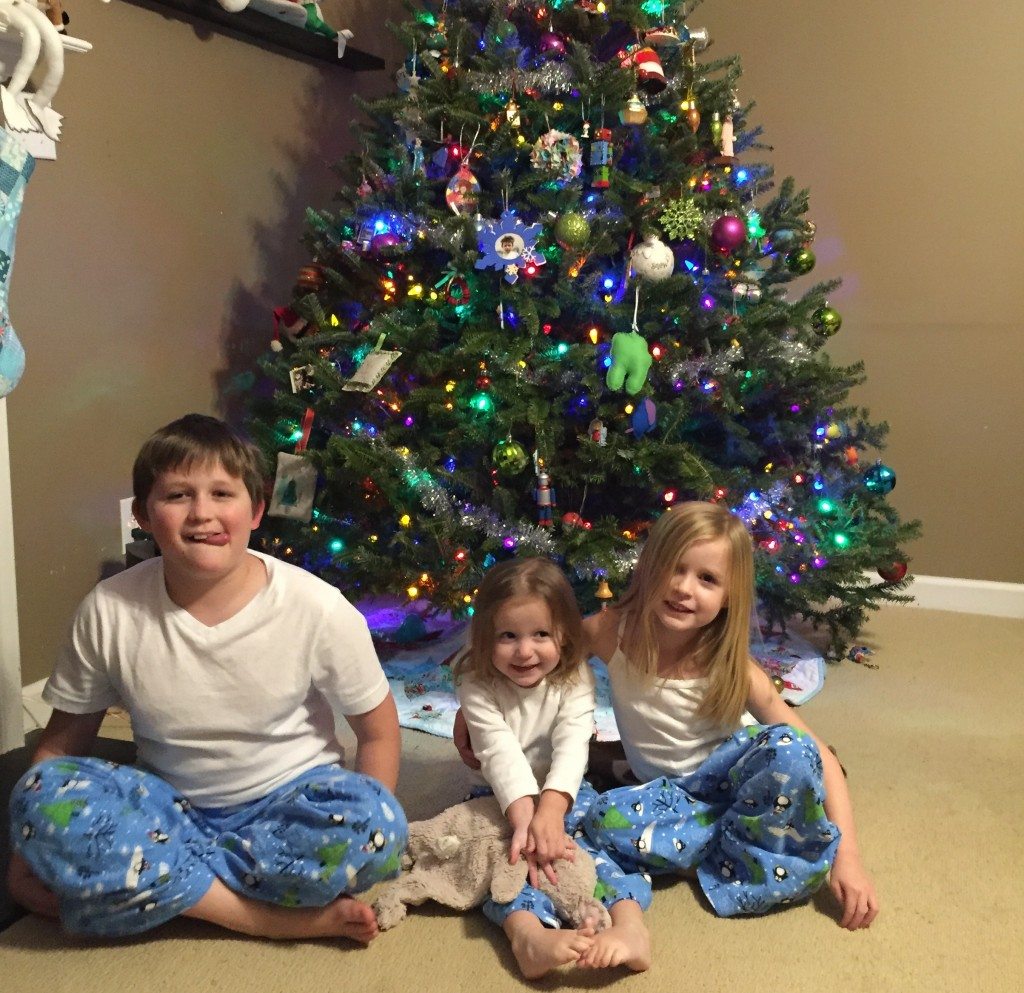 we had no visitors for the entire holiday weekend, thanks to hazel’s uti/flu situation, but we did skype with some western new york family for a bit. julie, jake and frankles kept us virtual company. 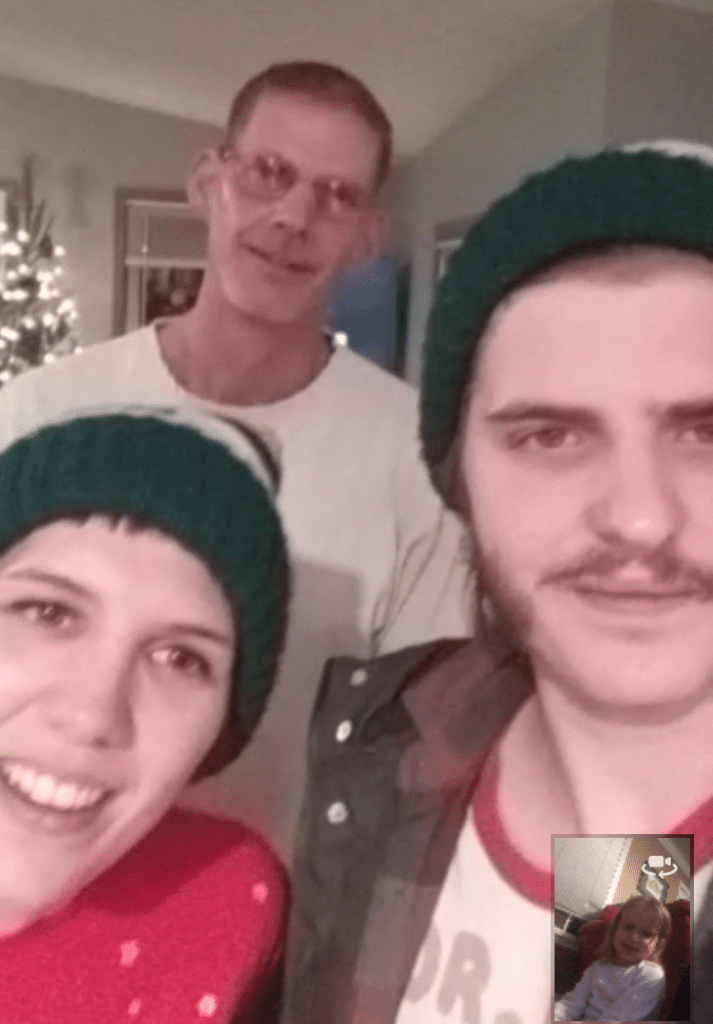 super excited big kids on christmas morning. hazel was grumps because of the aforementioned uti/flu situation. due to our upcoming (and yet to be blogged about) adventure, we kept christmas small, but in quantity and physical size. some legos and small figurines were the most of it. anna and her frozen lego set. frozen forever! 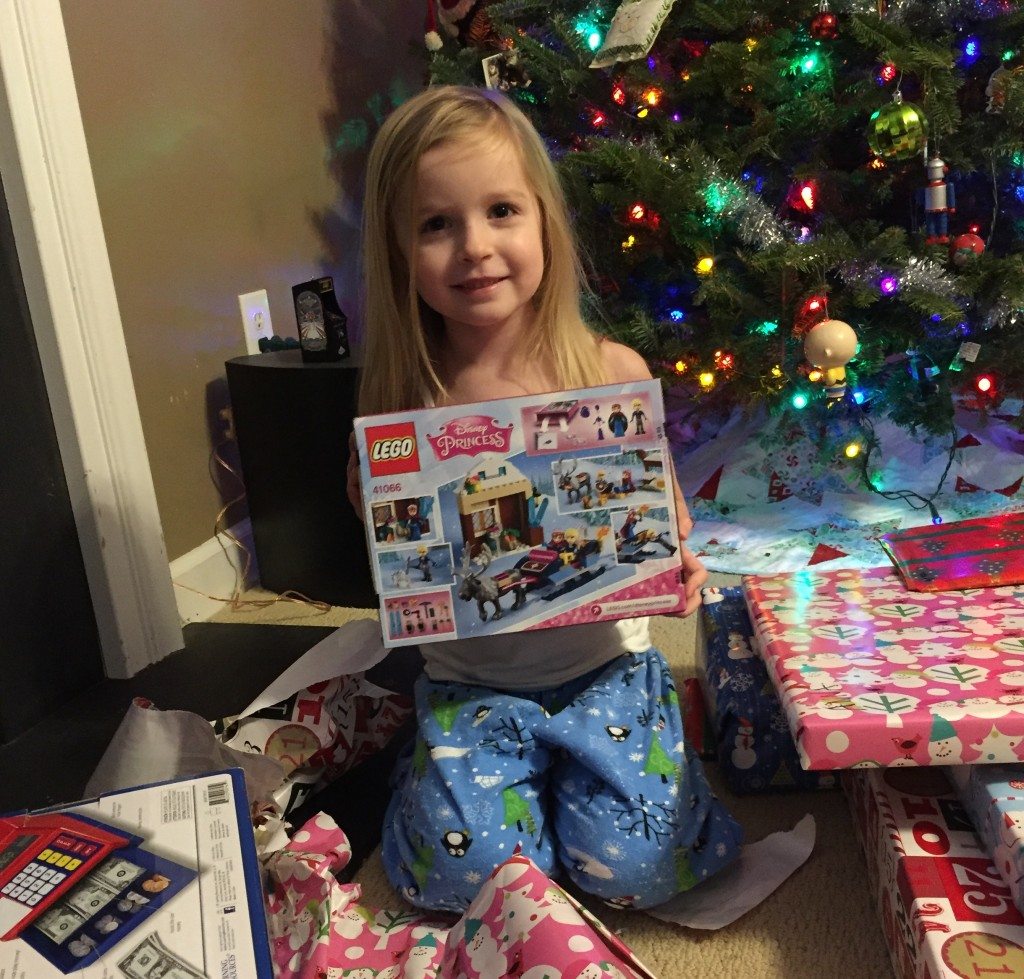 isaac got approximately one billion minecraft figurines. he was so happy with his loot. 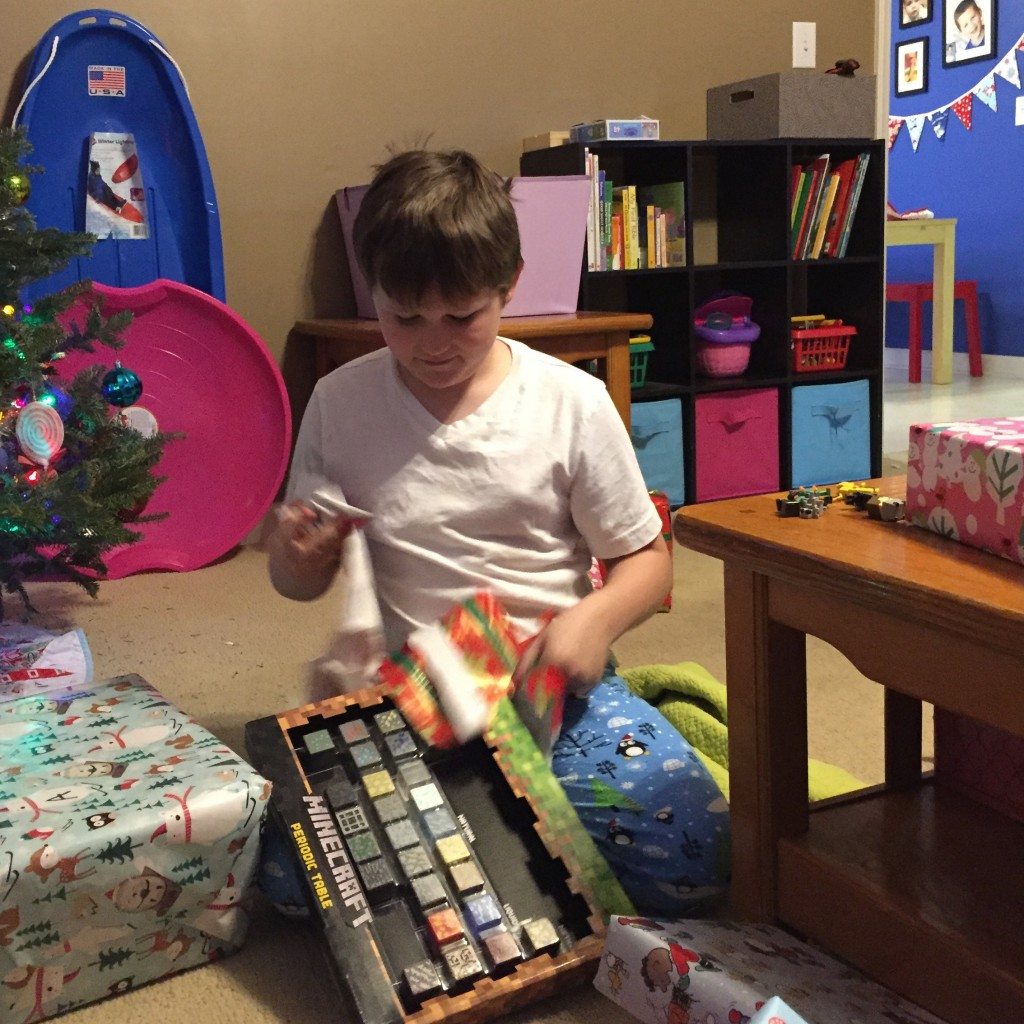 derek was a sucker and got hazel this hit toy of the season. it’s a dancing robot. she doesn’t care about it one single bit. 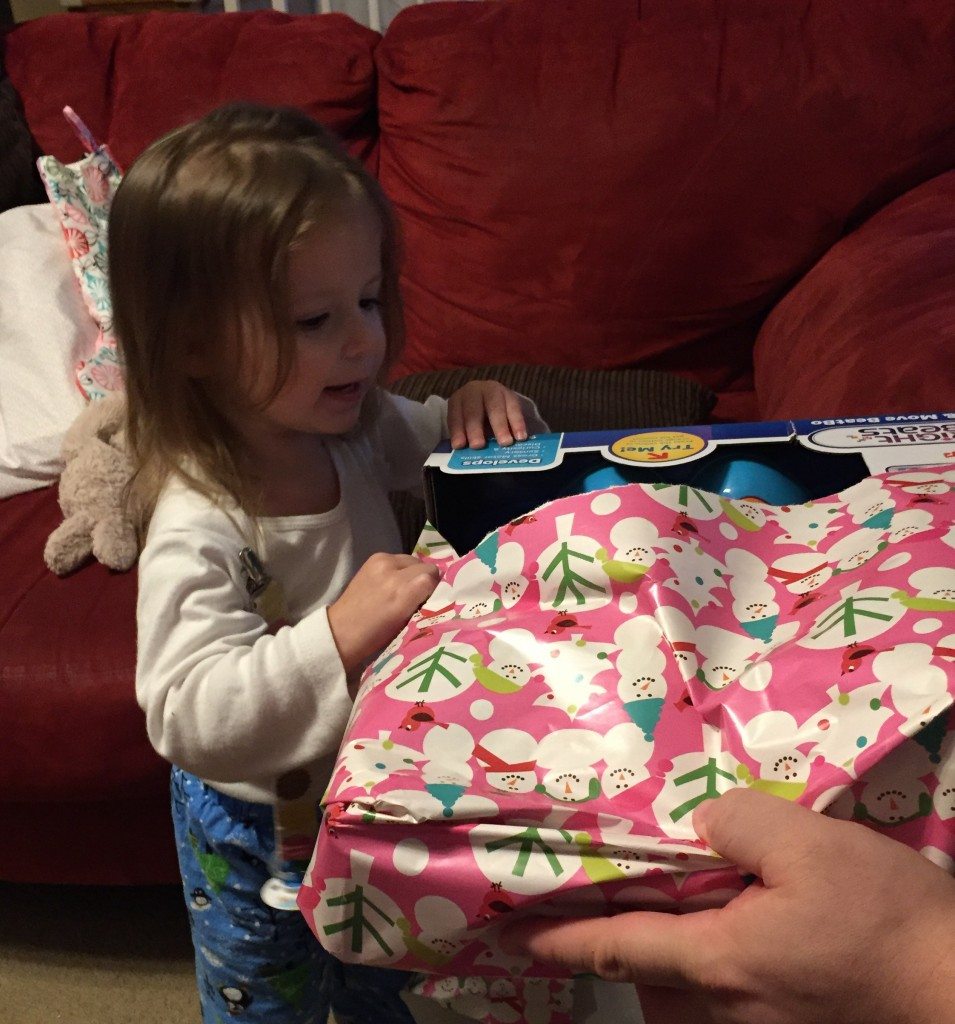 a post gift opening photo with the chalkboard marquee. goons. 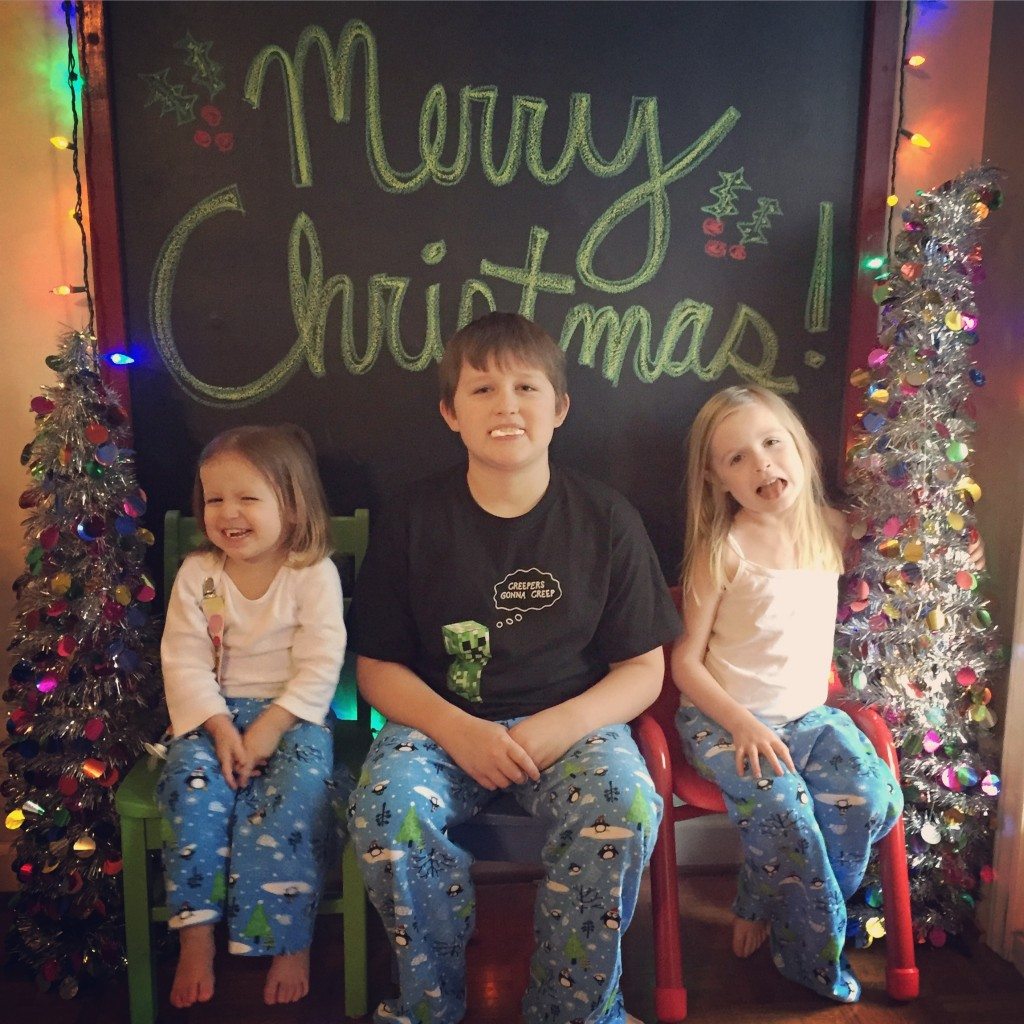 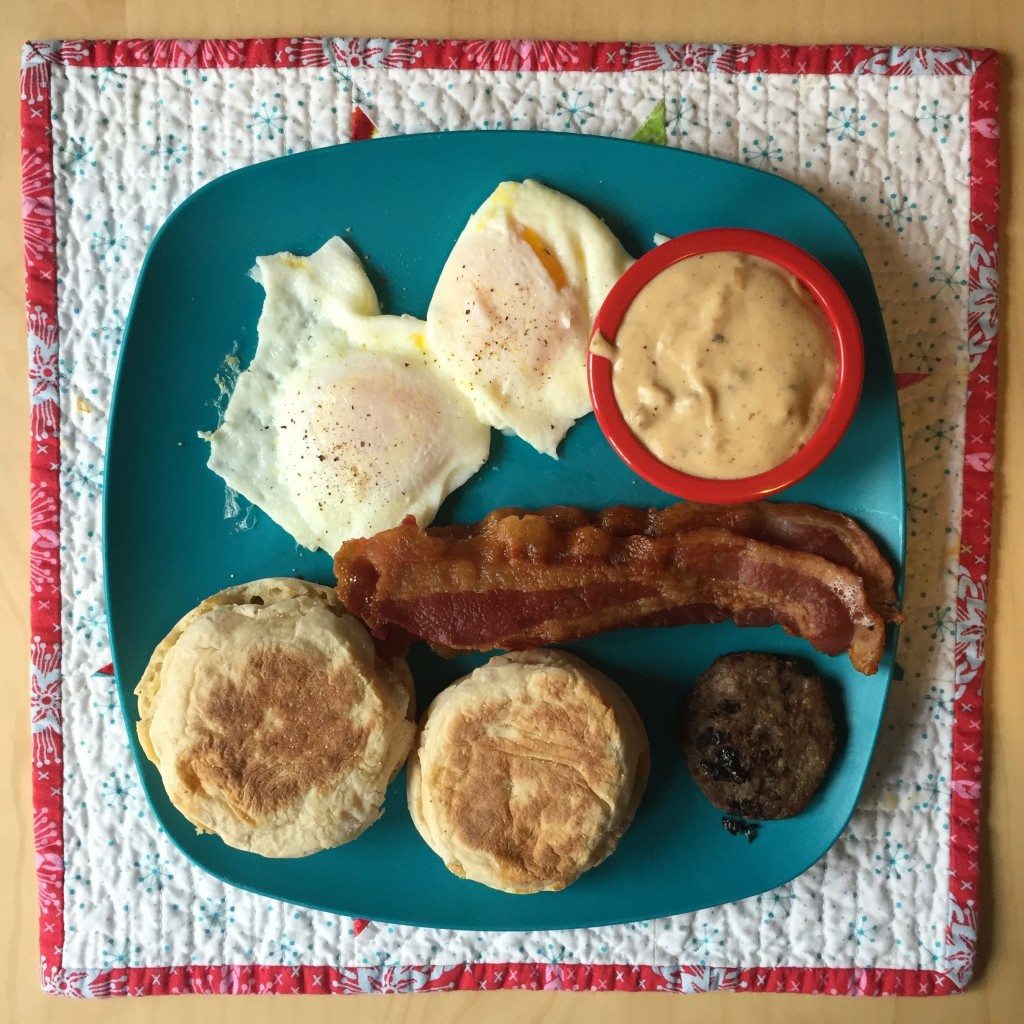 the fevery girl. just happy to be left alone with her technology. 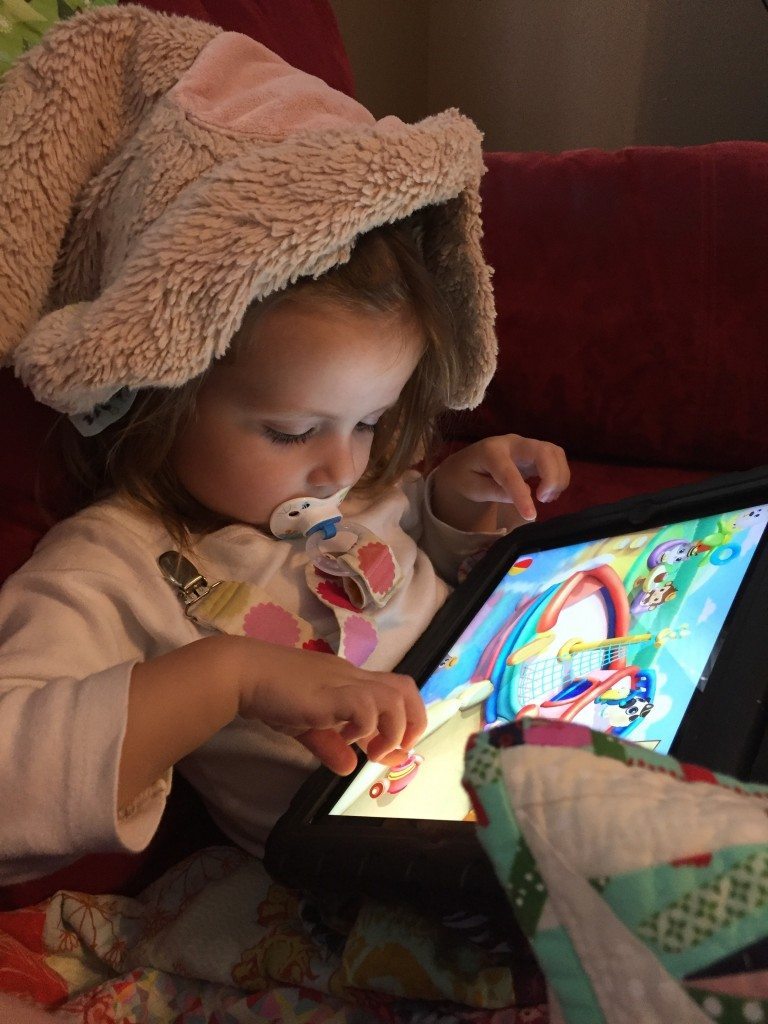 during hazel’s nap, we played a rousing game of headbandz. so fun. 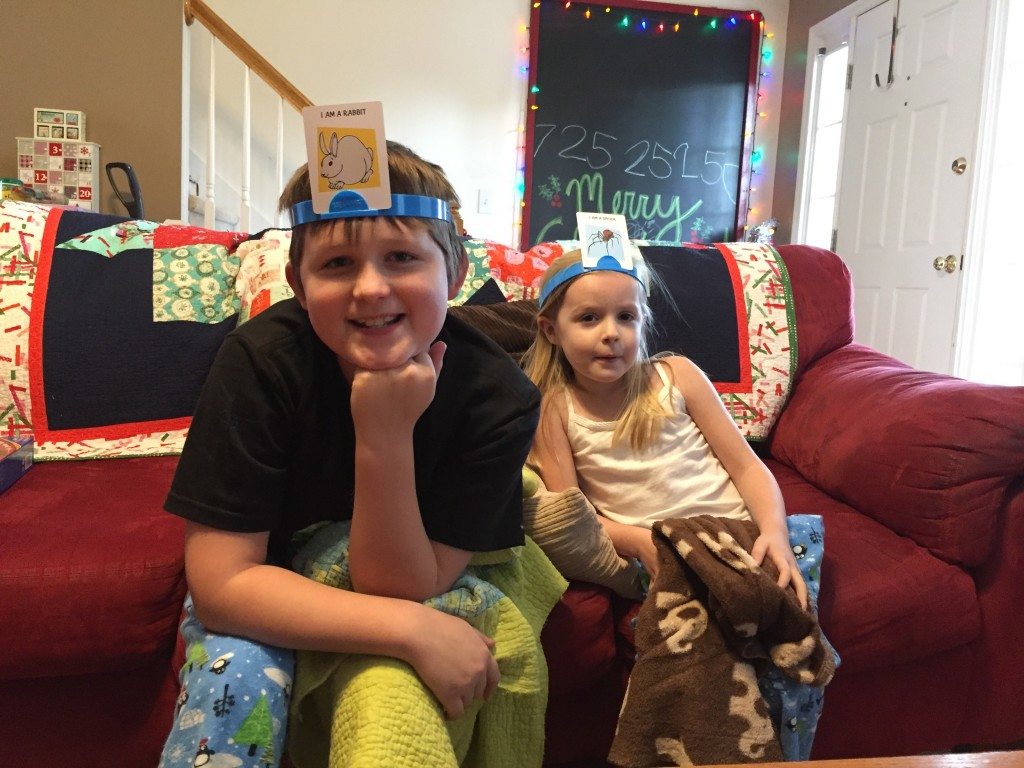 lastly. our sad and alone christmas dinner. derek made this fantastic prime rib roast for just us two. it was delicious. and come to think of it, i’m glad we didn’t have to share. 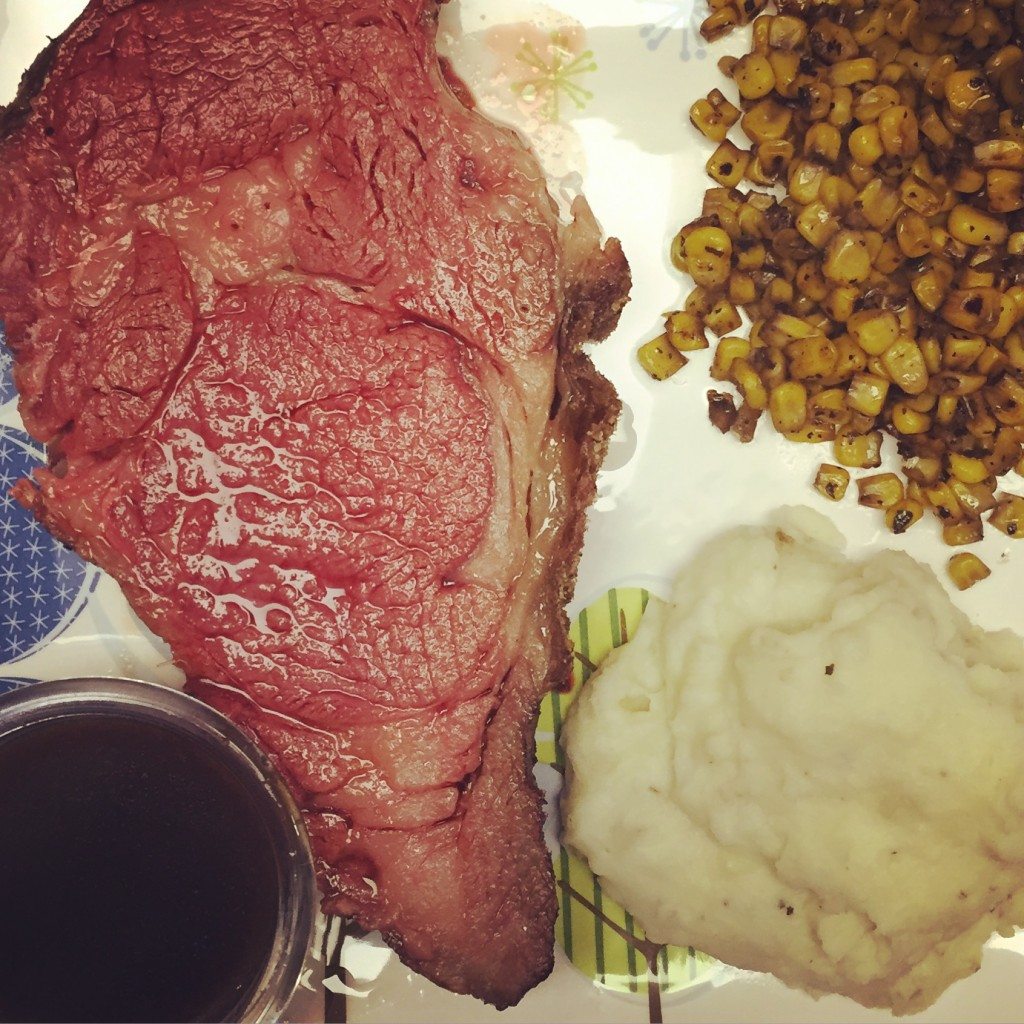 and christmas 2015 is in the books.
it seems like it didn’t actually happen because we were so consumed with all of the hazel sickie drama.
and there’s a lot of other stuff going on around here.
it’s busy.
and crazy.

more on that soon.