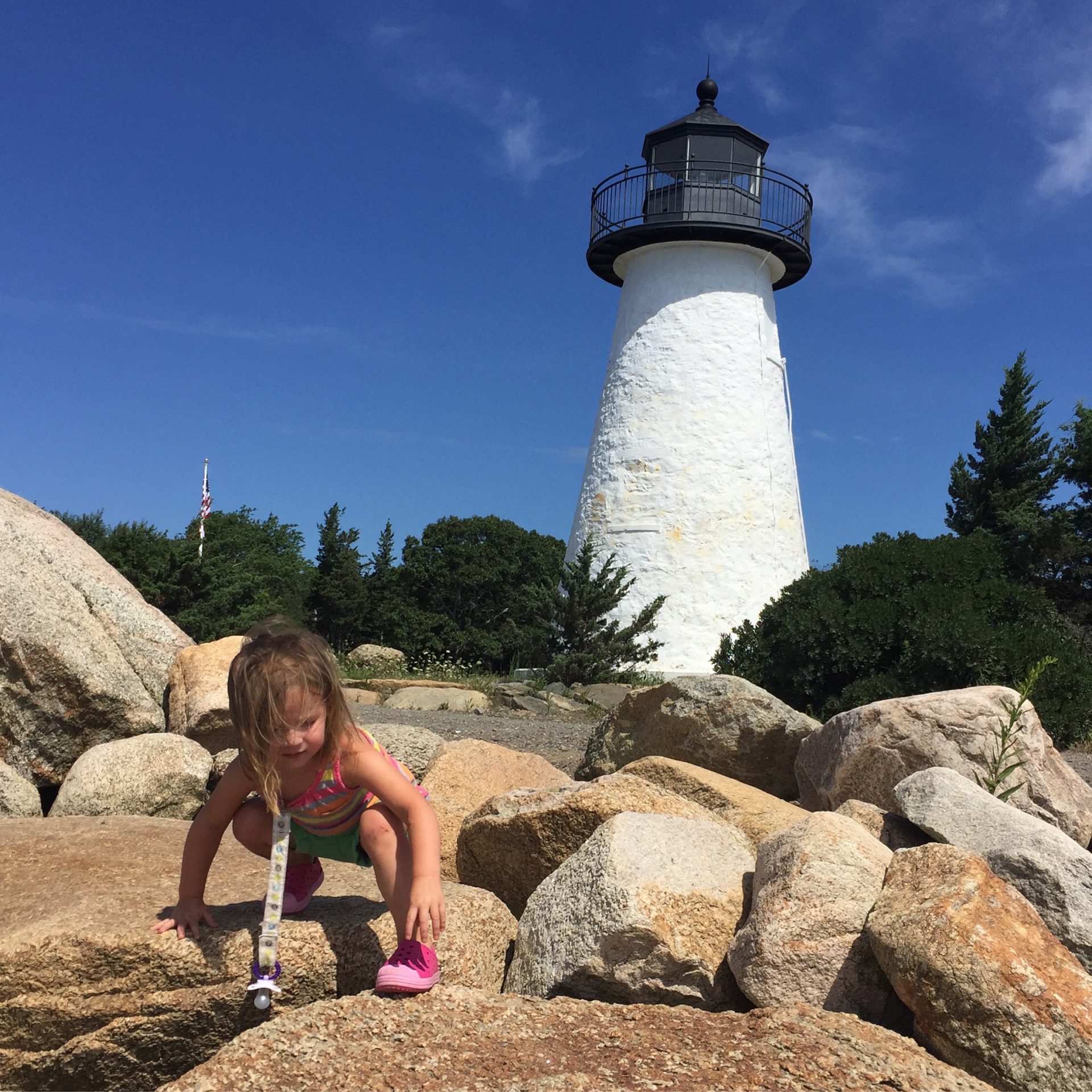 our first big adventure at this campground was taking off to explore some beaches and coastline. we chose a lighthouse as our first destination, with the possible backup plan of going swimming.

ned’s point lighthouse wasn’t too far away, so we packed up for a quick viewing. 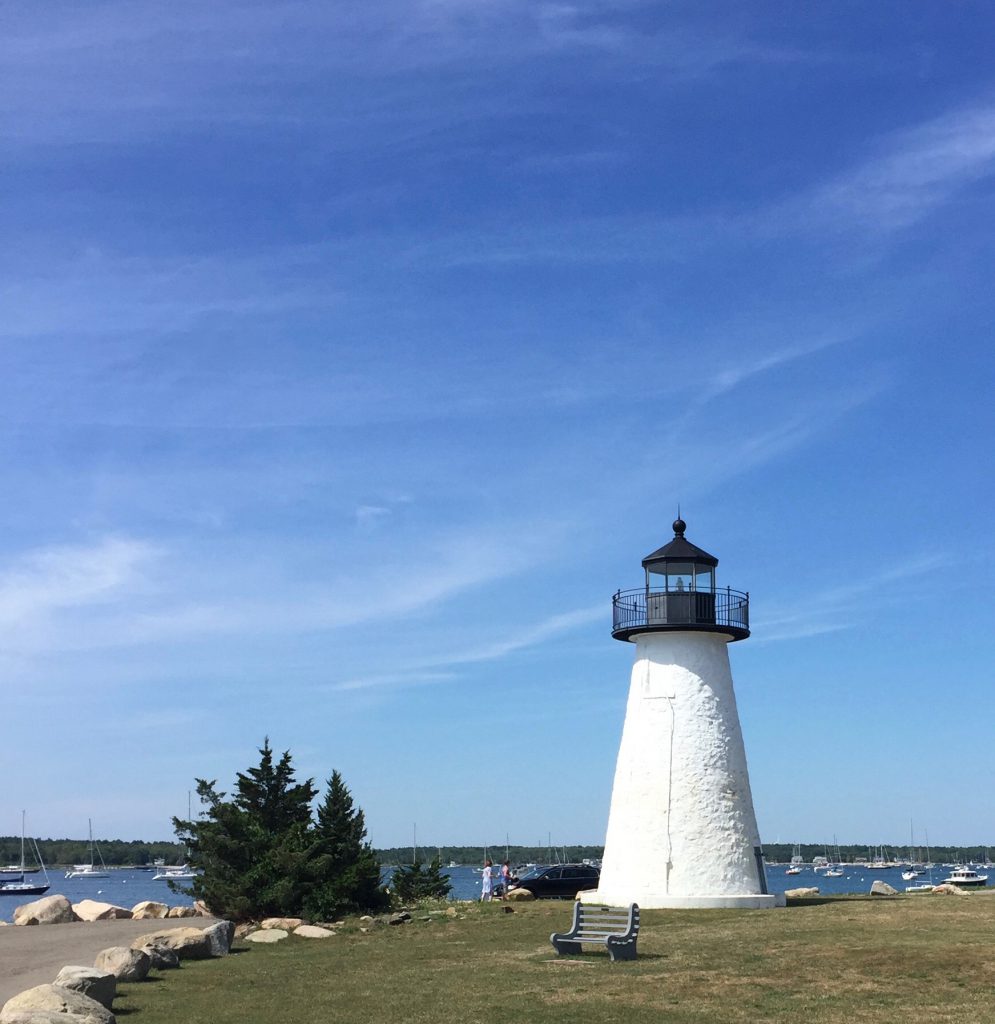 i don’t think the kids really knew what to expect, but they were troopers. it wasn’t as big as we thought it would be, but it was still cool enough. 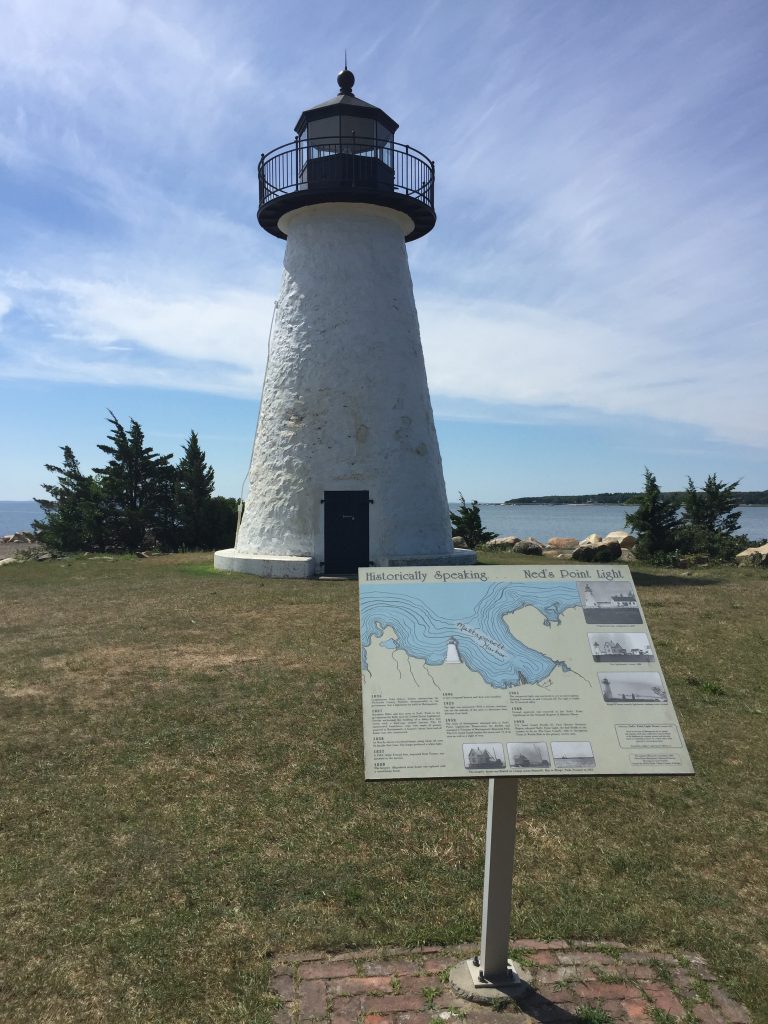 yet another view. i think this is it’s best side. 🙂 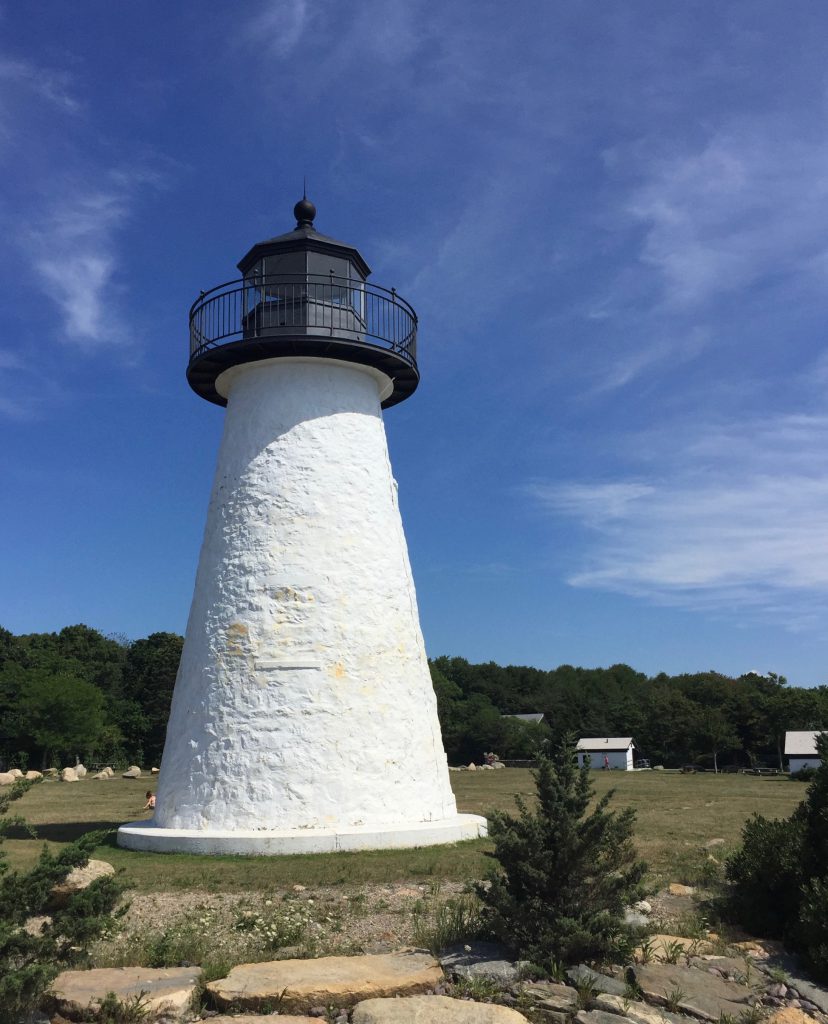 the kids were more excited to scale the big rocks all around the lighthouse. 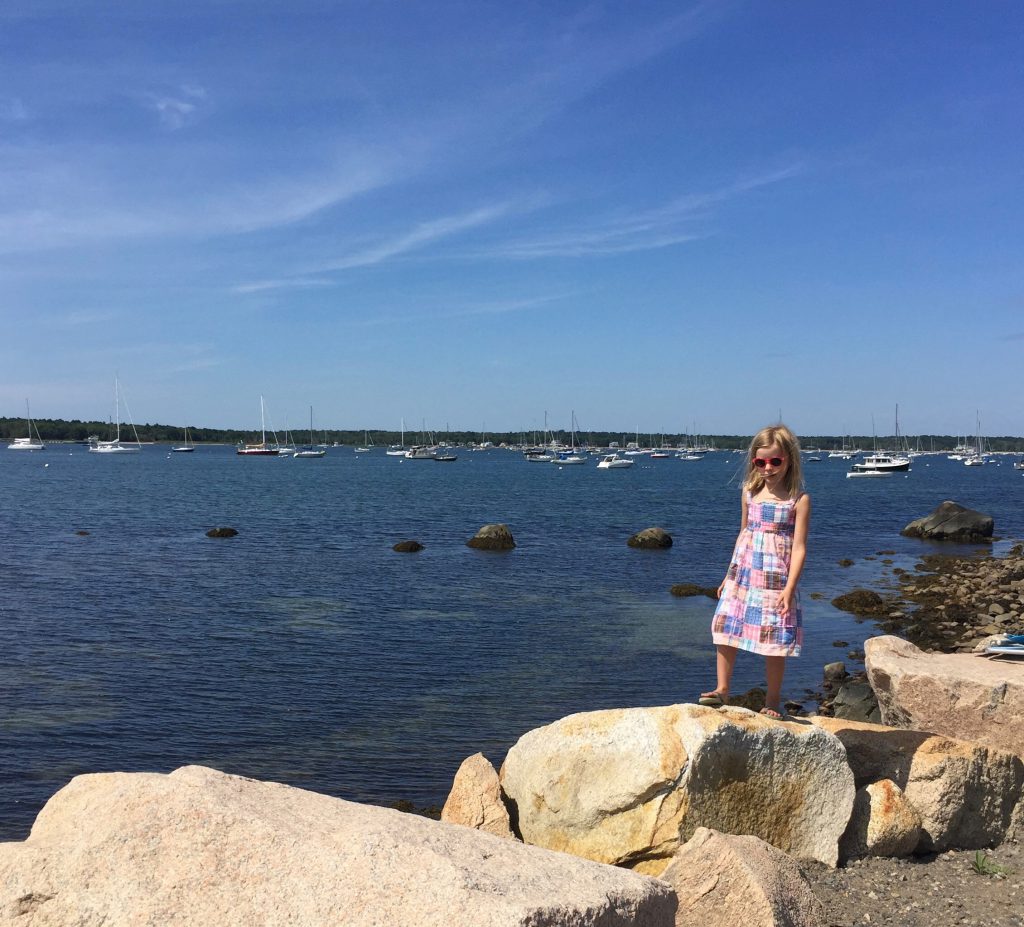 hazel wasn’t afraid to get in the mix. 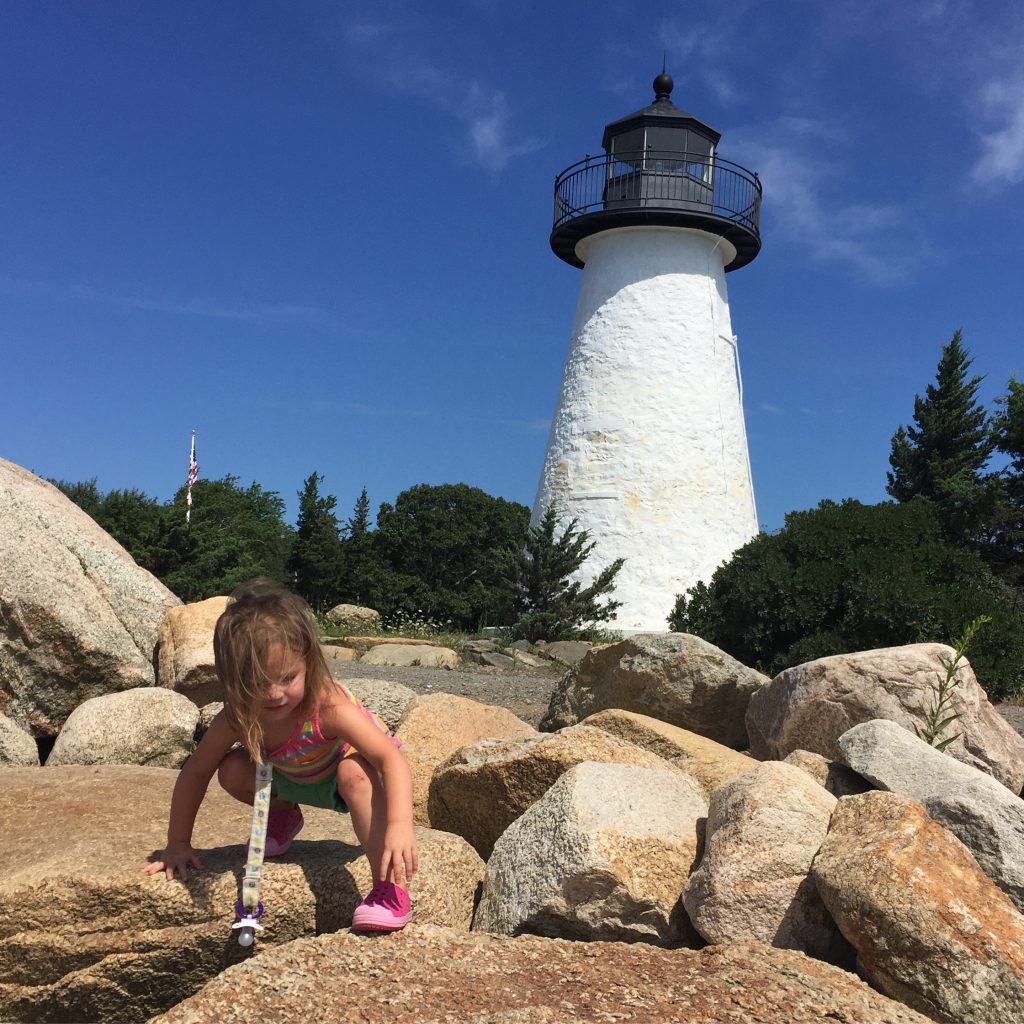 and thomas came along as our official mascot. 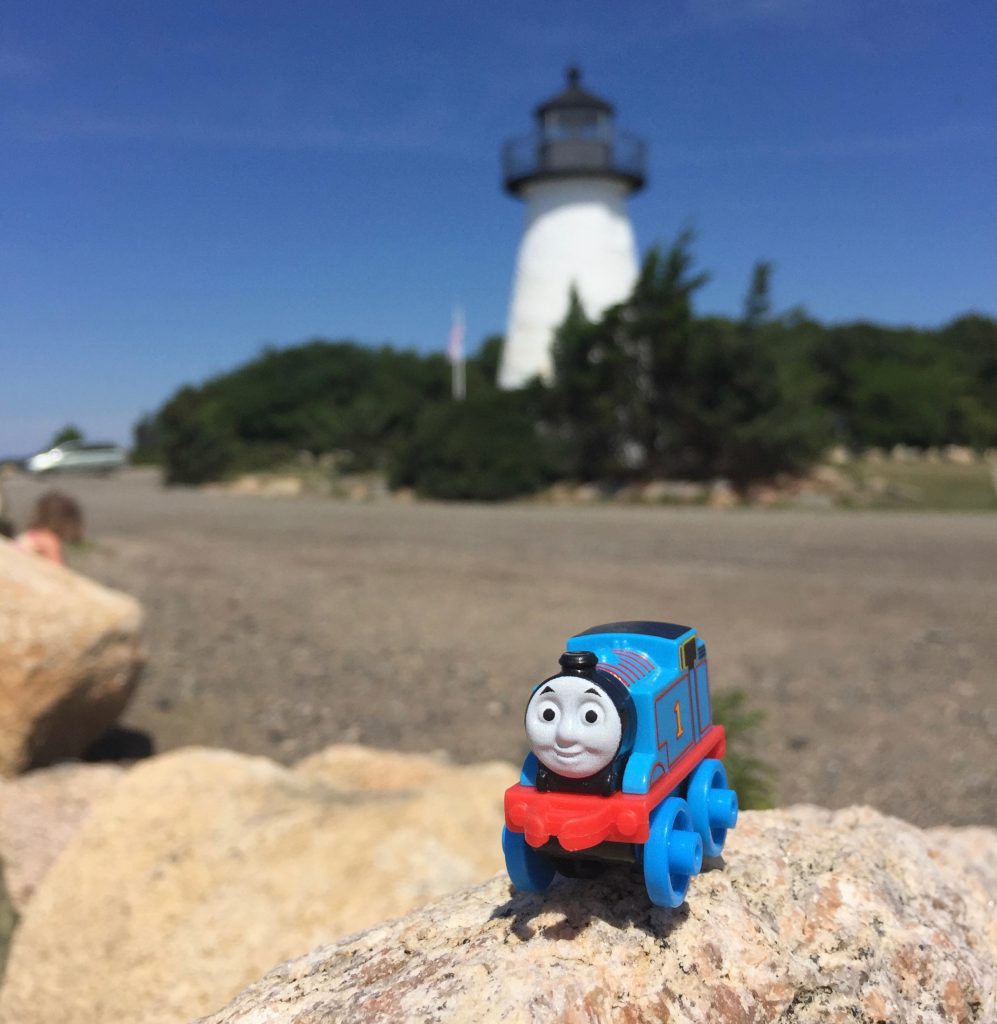 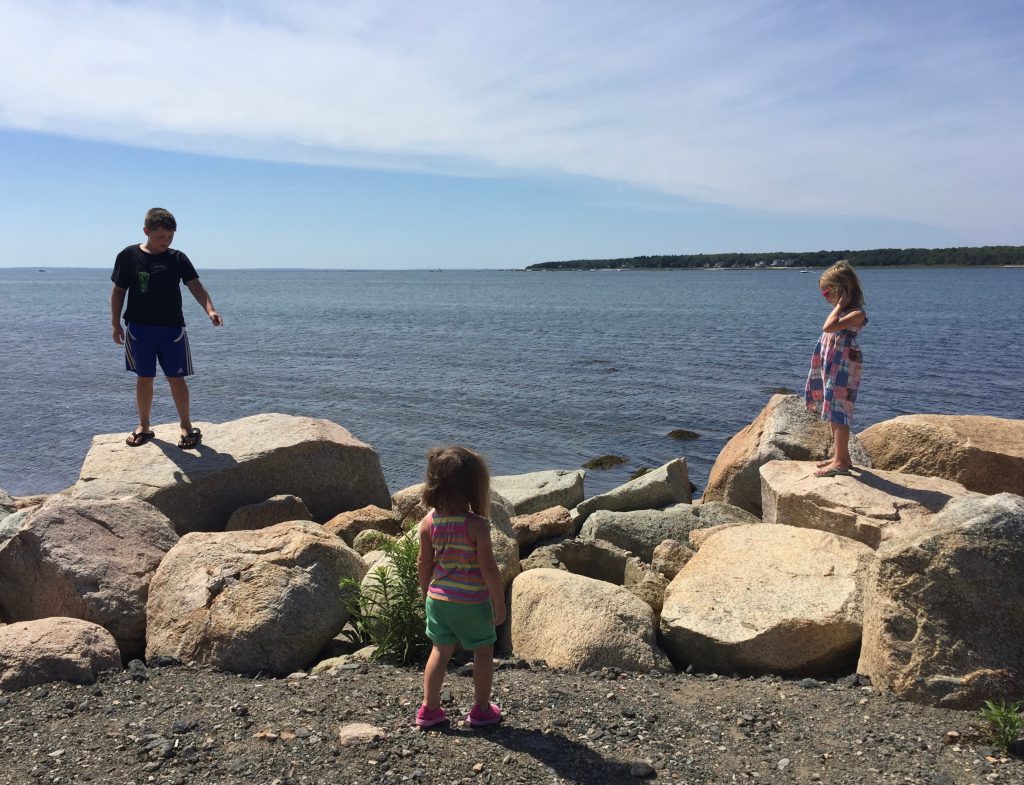 even though he was grumpy at first (as usual), he had fun and was pleasant (as usual). 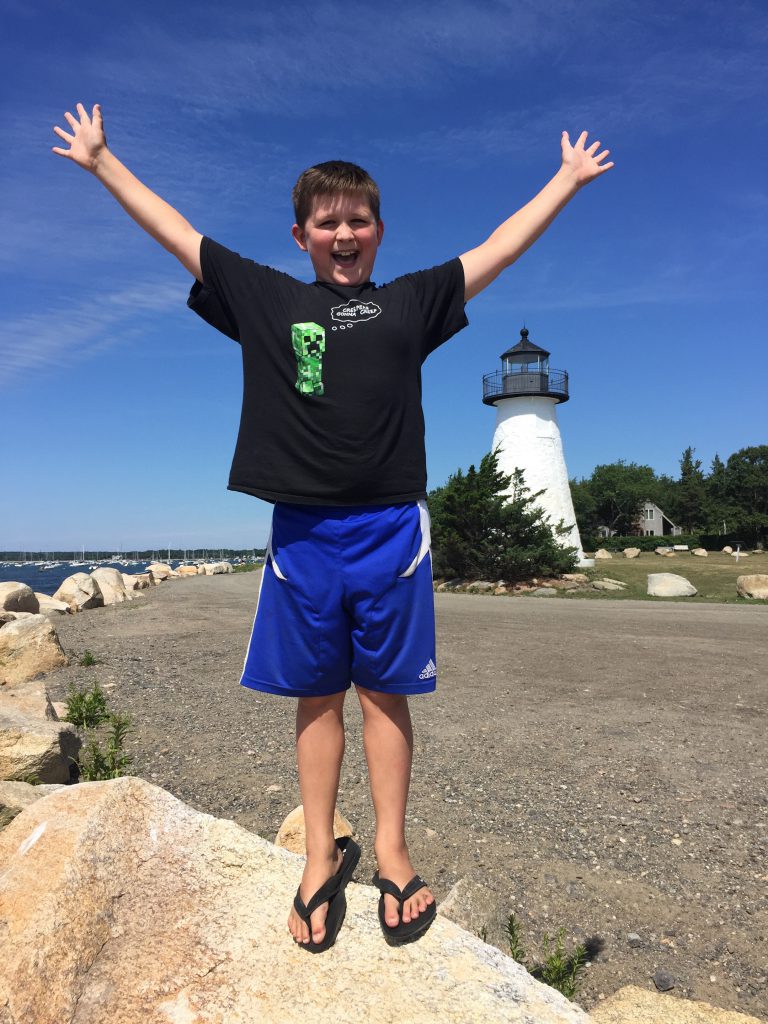 the diva and the lighthouse. 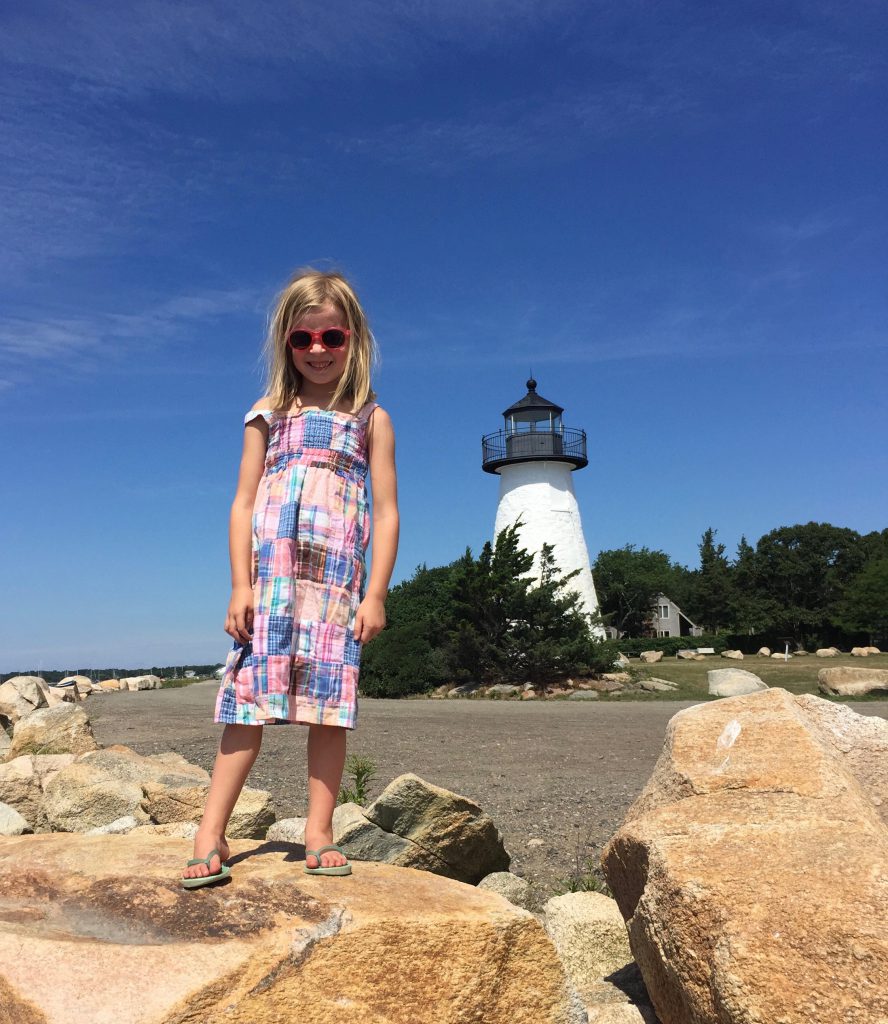 hazel was too busy climbing to stop for a photo shoot with all the lid kids. 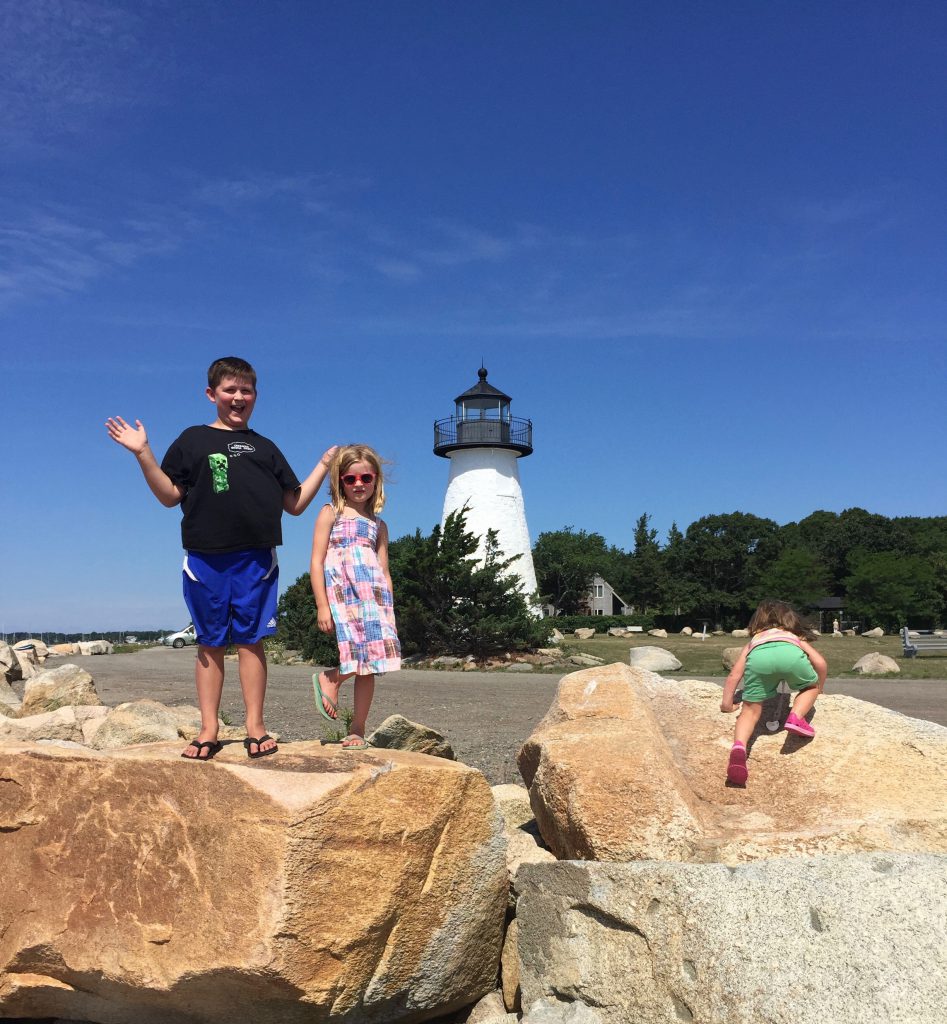 at the corner of the parking lot area for the lighthouse, there was a tiny boat launch that folks were wading around and exploring in. so we joined the fun. 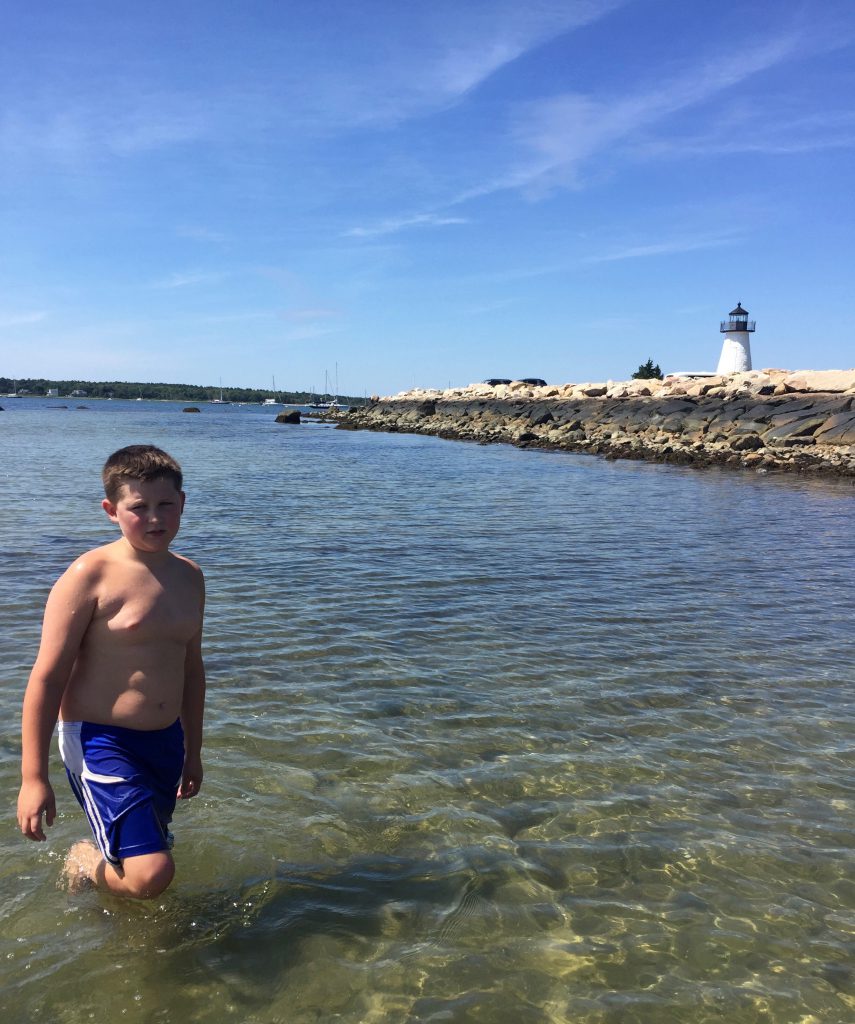 the annababy LOVES to explore and flip over rocks and find creatures, etcetera. 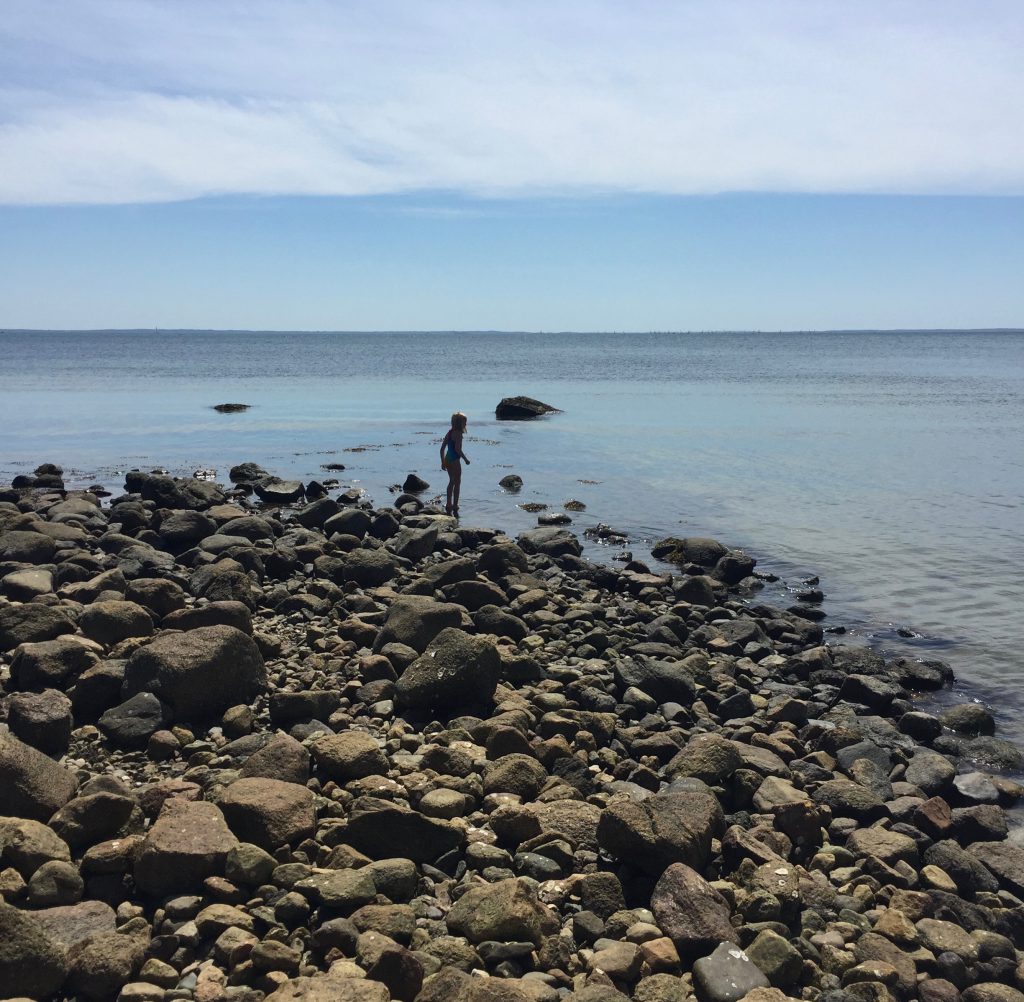 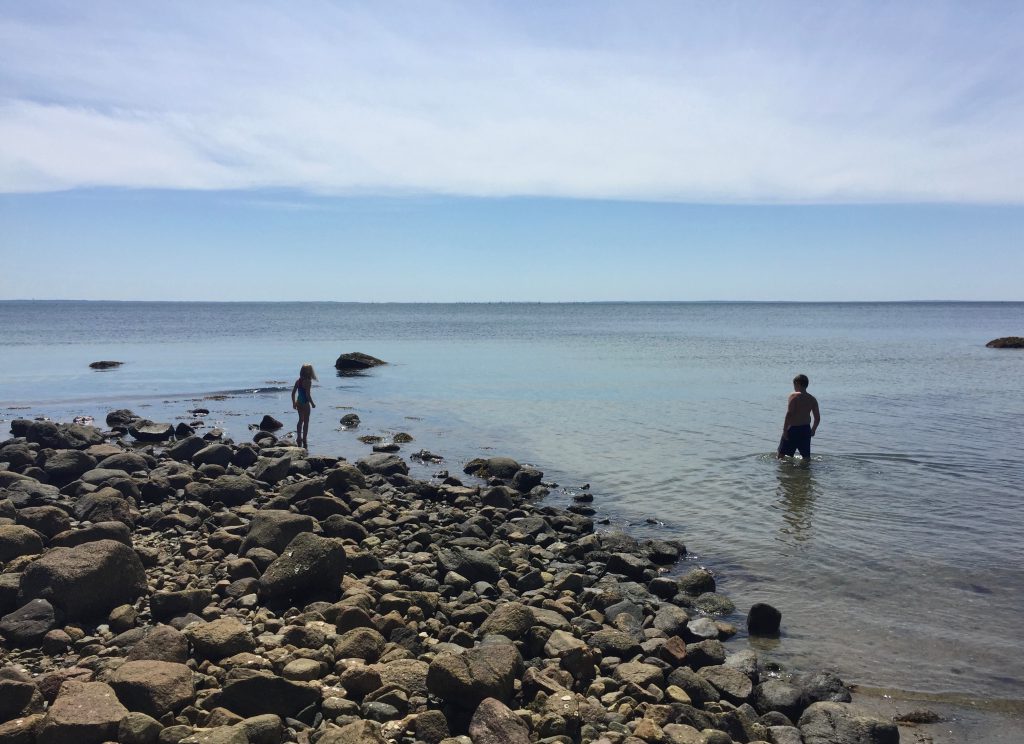 we found this weird skeleton of something. hazel broke it and the remaining shard poked her and she was convinced it bit and/or stung her. 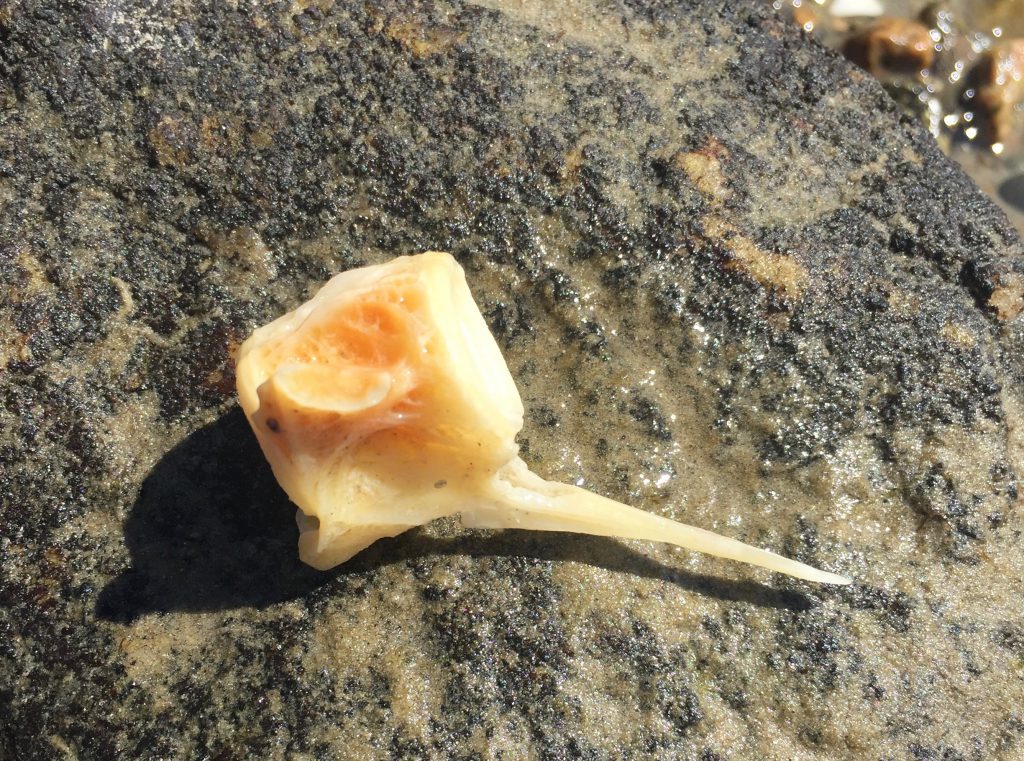 after awhile, we decided to eat lunch and find an actual beach. so, one last lighthouse pic. 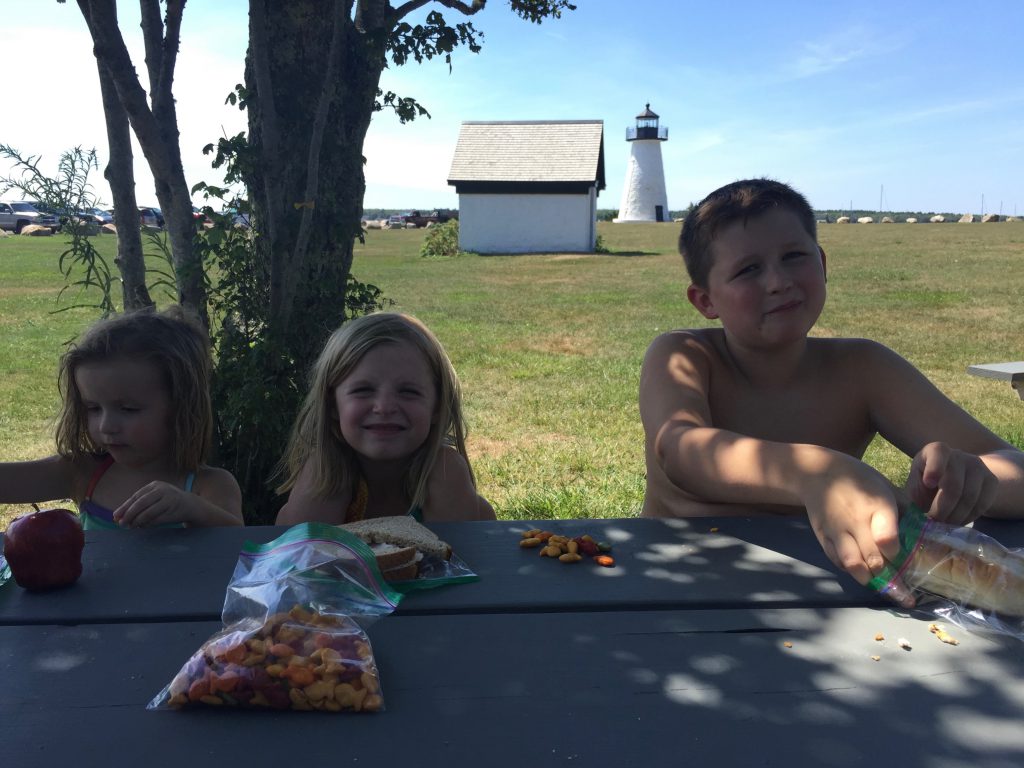 we had seen a town beach on our way to the lighthouse, so we made our way back, forked over ten bucks to park, and set up camp in the scorching hot sun, on the scorching hot sand. the water was nice and cool and clear and we quickly noticed hermit crabs scampering around, so we grabbed our buckets and got to work catching them. 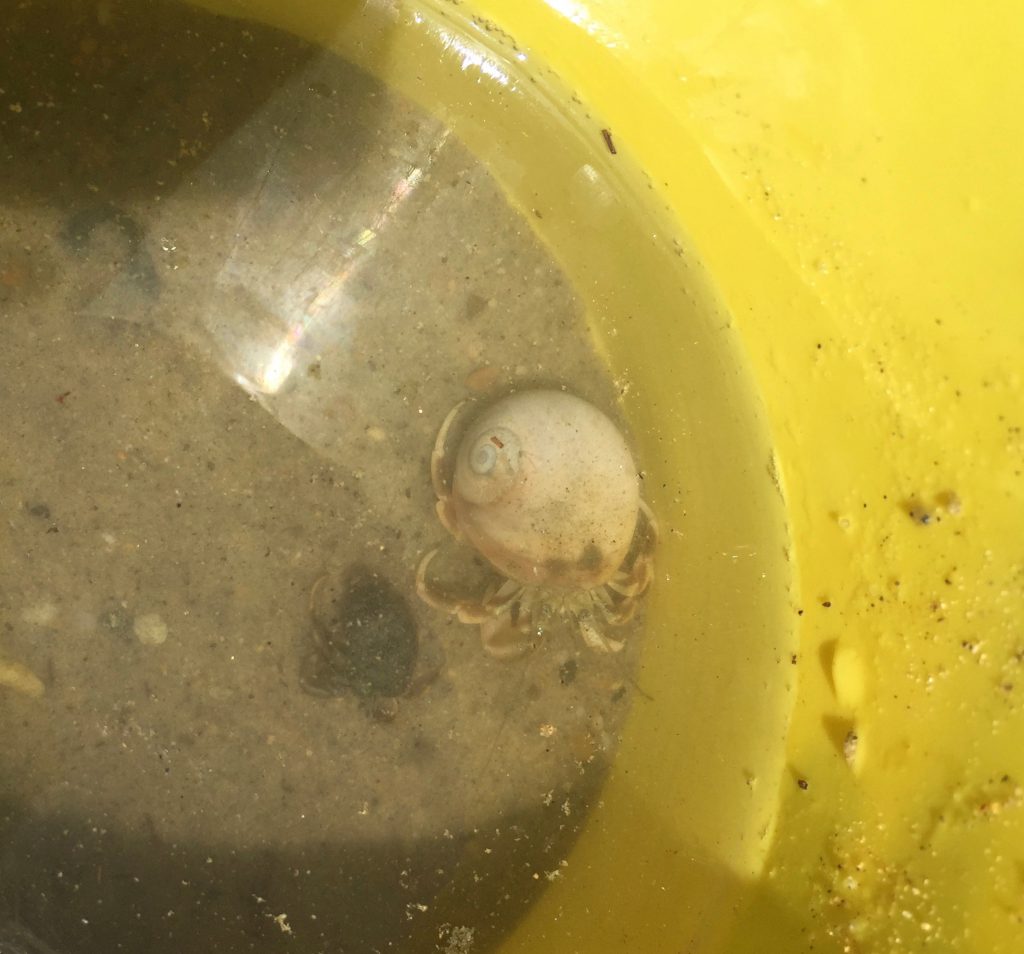 eventually, we didn’t need buckets and we could just grab them by hand. like this tiny guy. 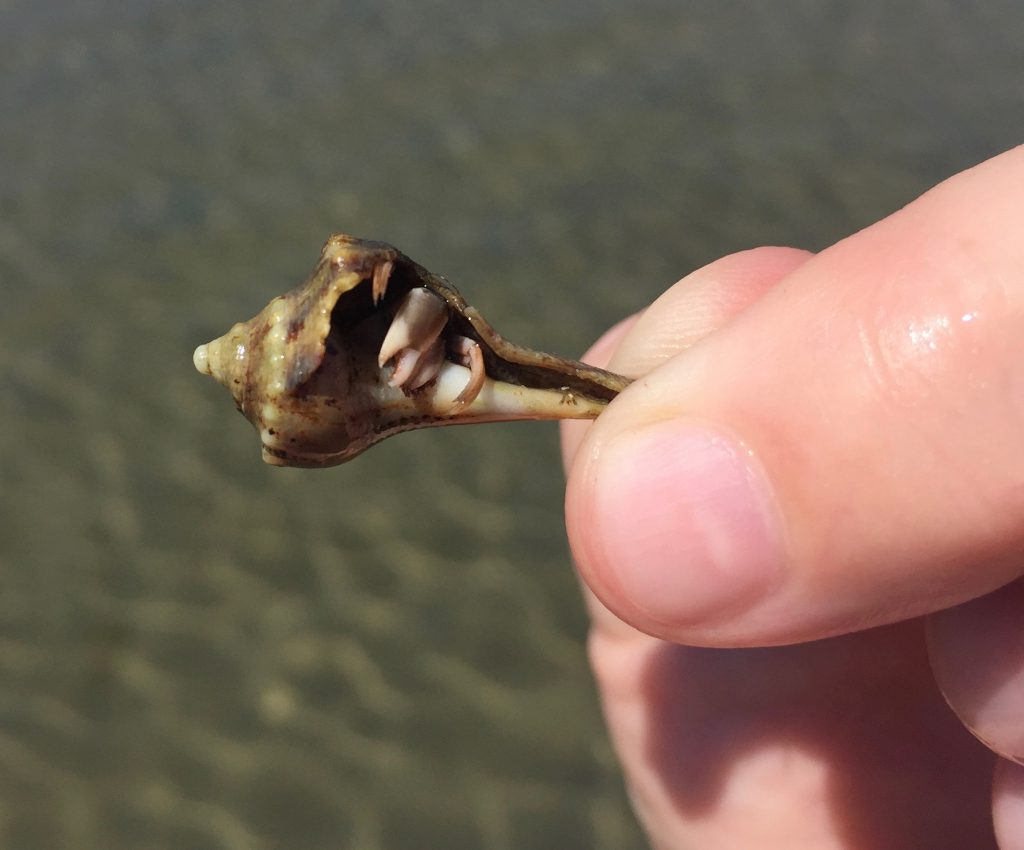 we brought a couple of them home, with the intention of investigating how to care for them. unfortunately, while they were still in the buckets and unsupervised, hazel dumped them out and they scampered away, most likely to a slow and painful death.

anyhoooo… here’s one last pick of the hermit crab serial killer. she’s more of a sand girl than a water girl. but she was happy, even though the sand was almost hot enough to melt into glass. 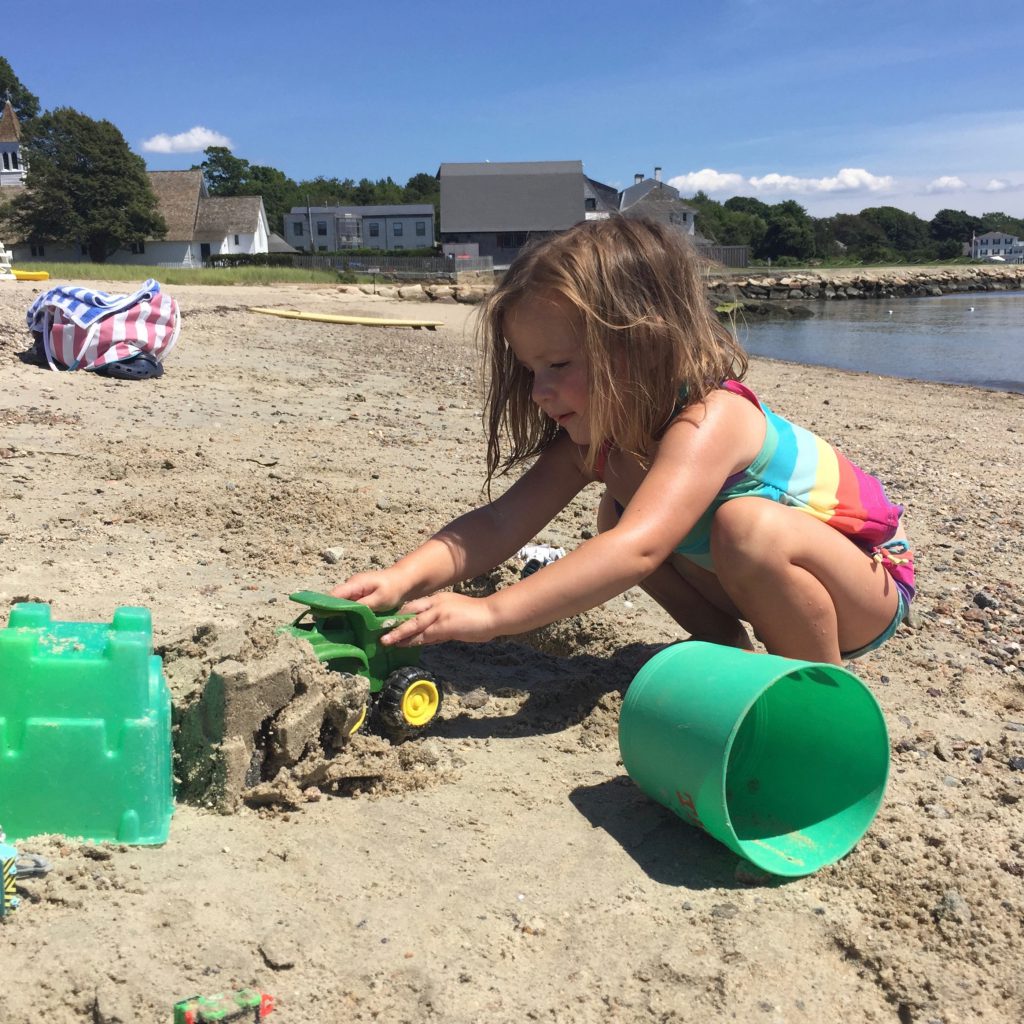 well. that’s pretty much the story of our lighthouse/beach day.
the end.