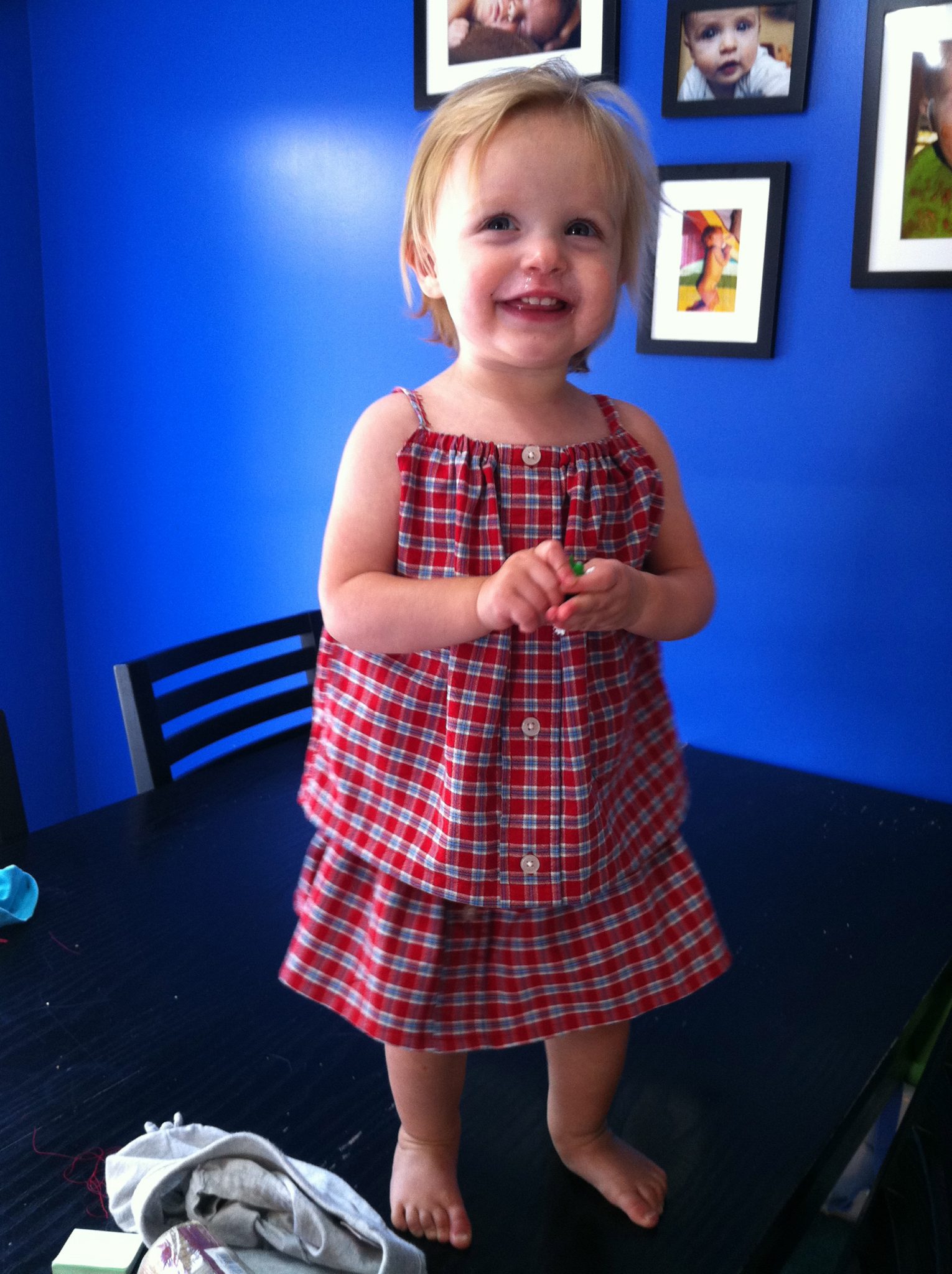 since we live fairly close to the coolest fireworks show in town, we have had a party with a few of our closest friends each of the last few years. this year was no exception. well, it was an exception, because “a few” turned into “50” and the outdoor cookout was rained out and we crammed a whole lot of people in our house. i’ll spare you the blurry pictures of folks milling around…

anyhow, i decided, last minute, to make the kids some fourth of july festive outfits.

for anna, i hit the thrift store, and scored a sort of red and blue mens shirt for $2. then, i made this little outfit. it was a little baggy and kept riding up, but for one day*, it served it’s purpose. 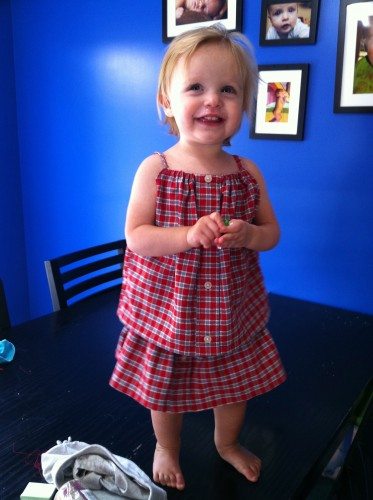 *not even one day. i actually, wasn’t crazy about this outfit. so, very quickly at about 3:00pm on july 4th, i added red and blue ruffles to the butt of a onesie, and a red and blue felt star to the front. it was way cuter. and it had a giant pop spill on it before i could get a picture. so, i switched to the outfit above. which she wore for a bit, before plopping down on a wet slip and slide. so, before we walked over to the aforementioned fireworks, i changed her one more time. i was out of red white and blue, so hot pink was the new form of patriotism. 🙂

for isaac, i really really cheated. he has so much red and blue in his wardrobe, i almost just went with that. but, i found a 2005 old navy tee at the thrift store, except it was about 8 sizes too big for him. so, i cut out the flag/usa part and quickly stitched it onto a plain white tee. and paired that with some red shorts and he was as patriotic as he gets. 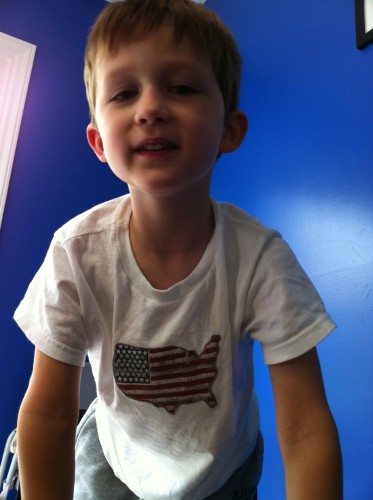 next year, i will give myself more time. and hopefully nature will give us clear skies.