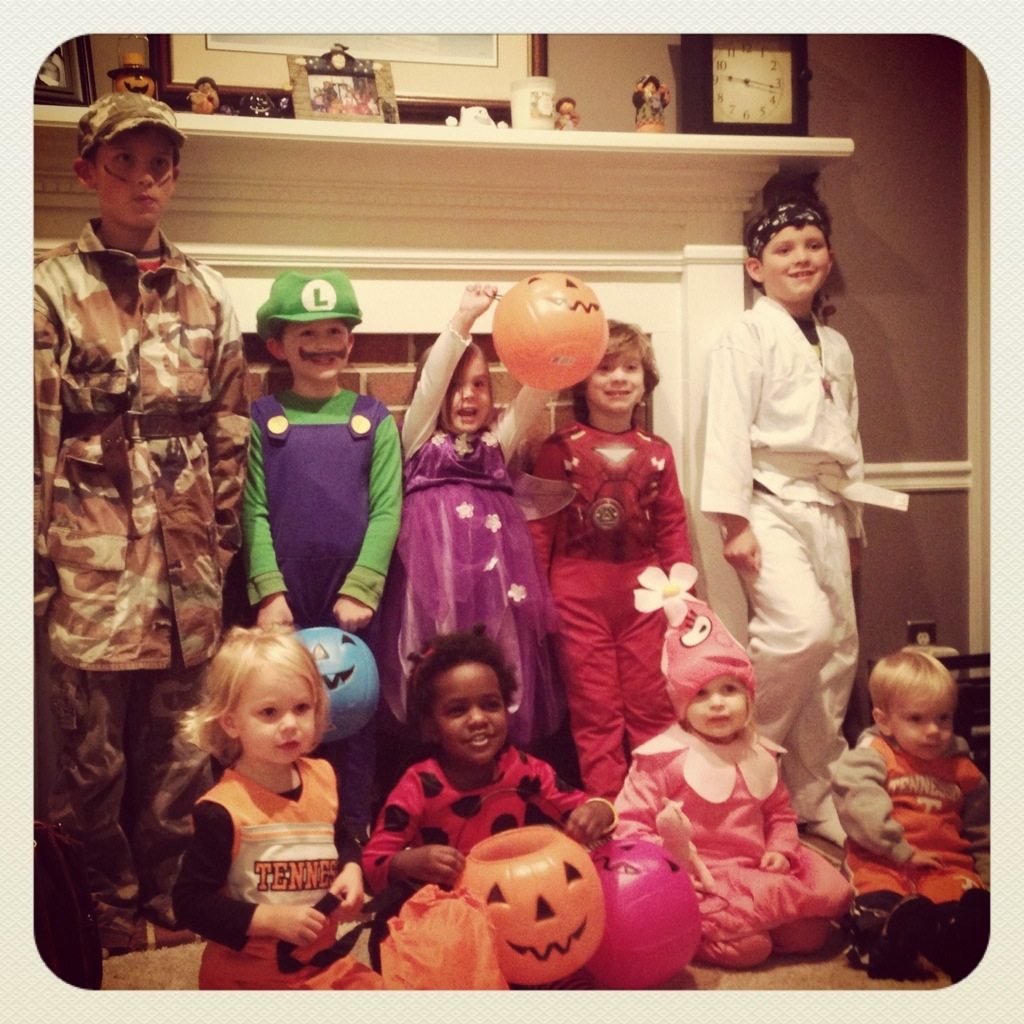 this year, for halloween, like last year, we gathered at a friend’s house and had some chili and snacks and maybe some drinks and then we headed out trick or treating with the kiddos. also, like last year, isaac wanted to be luigi. cool. saves me money.

before we set out for candy looting, we assembled for some pics of cute kids in costumes. 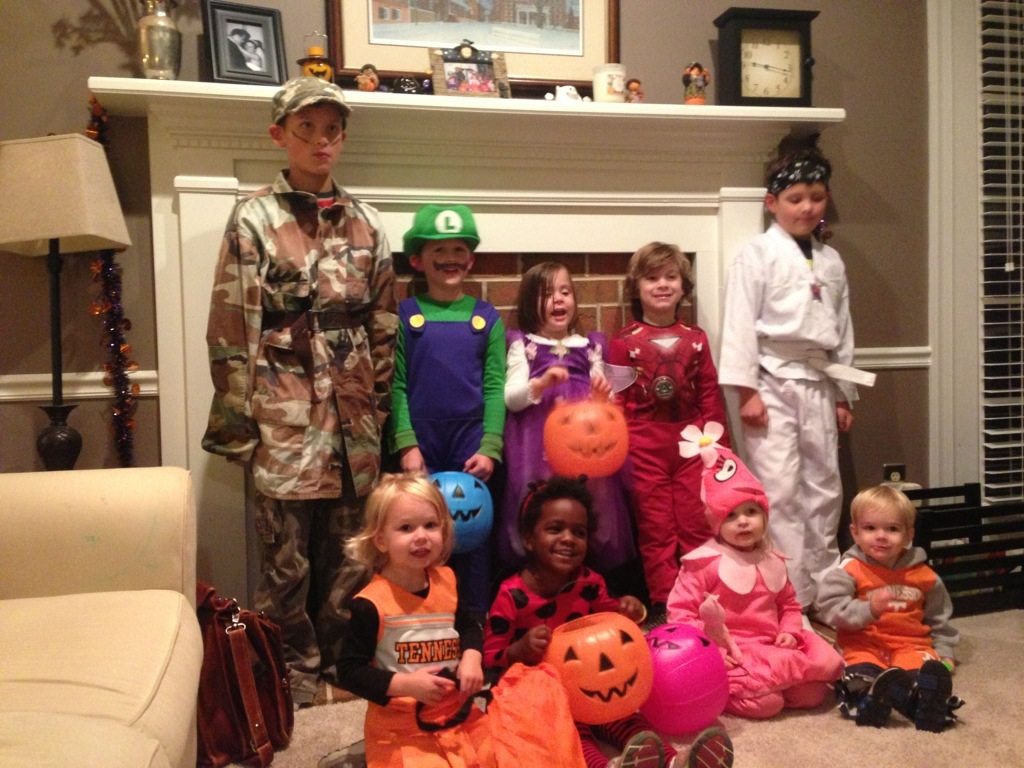 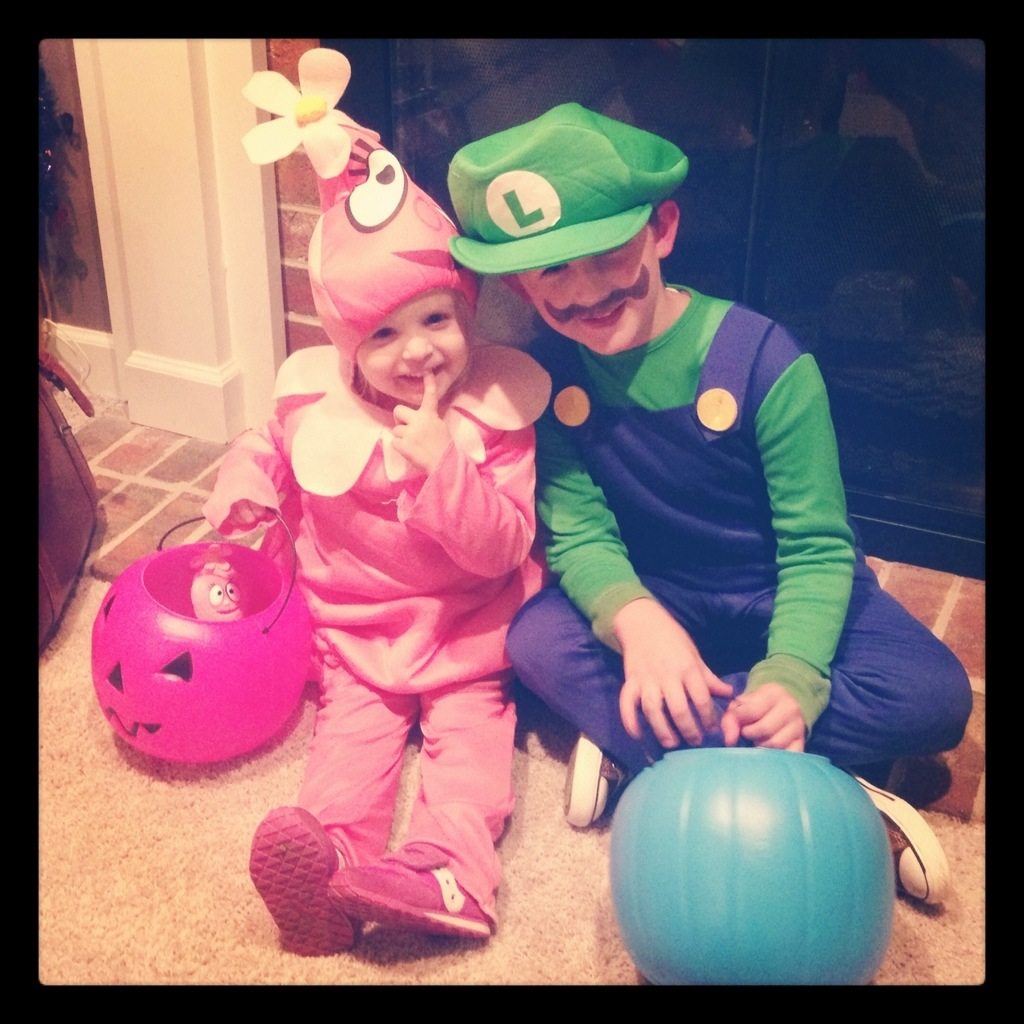 anna was the cutest foofa ever (my completely objective opinion). 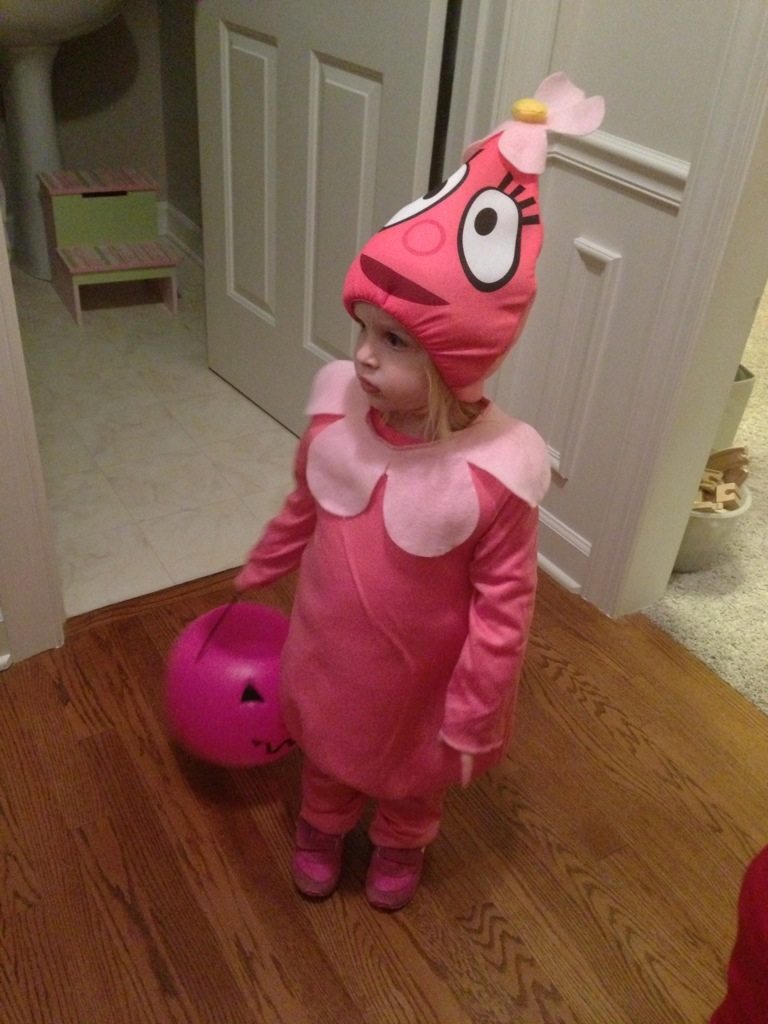 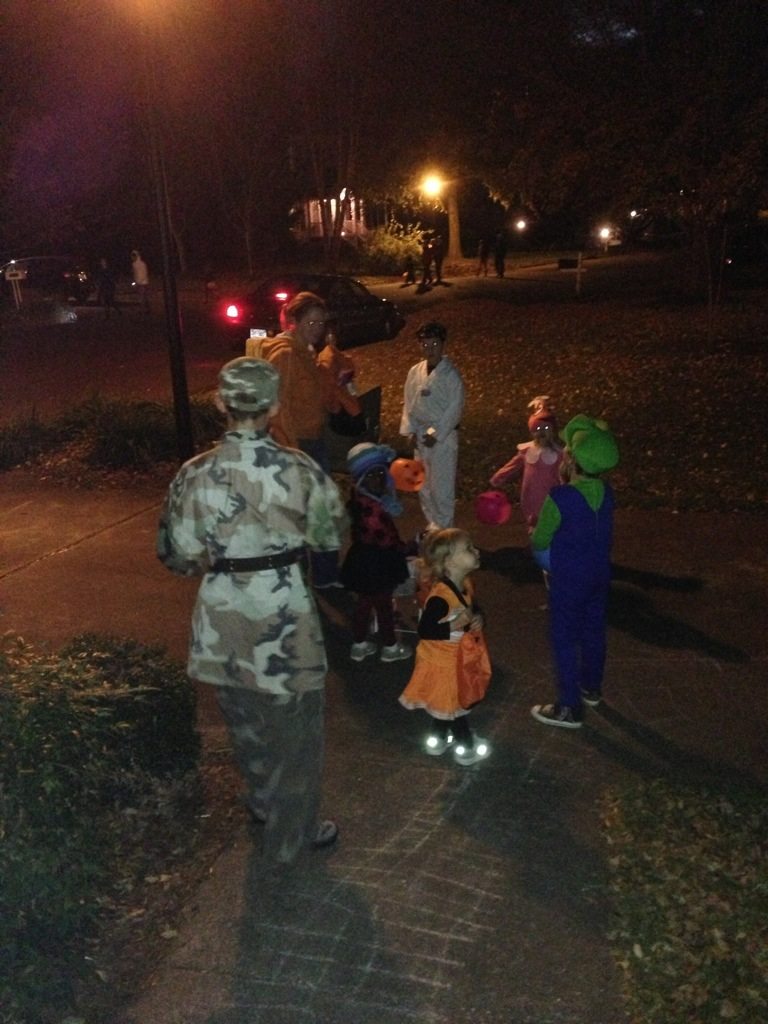 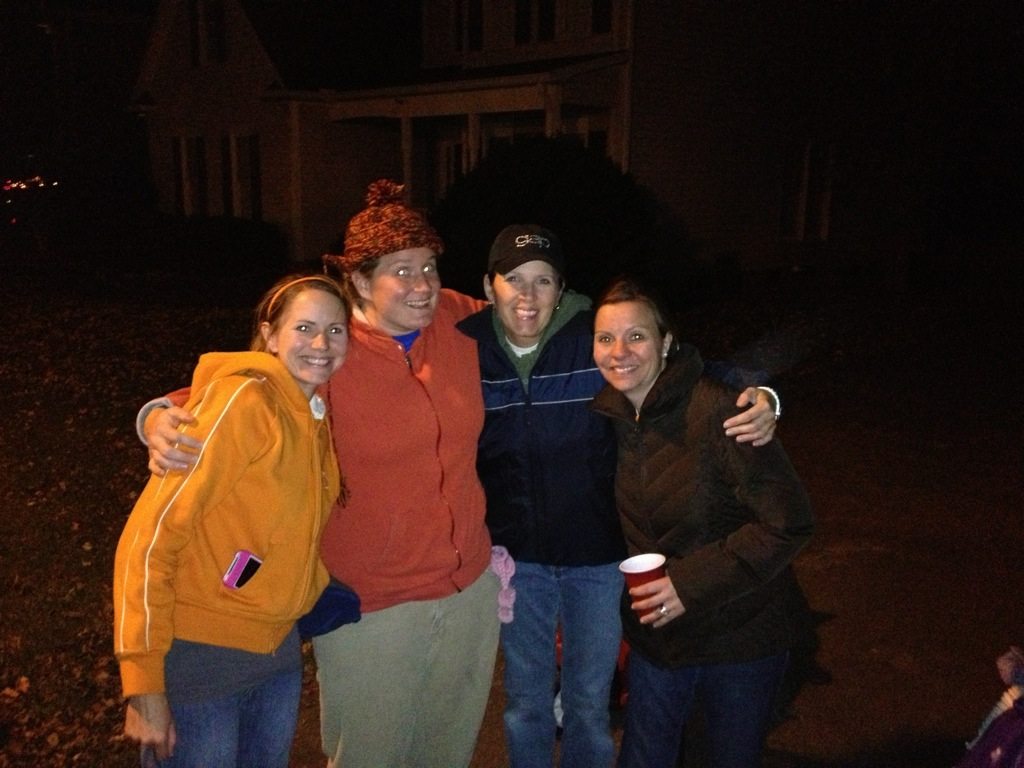 i managed one halfway decent shot of an actual trick-or-treat transaction in progress. 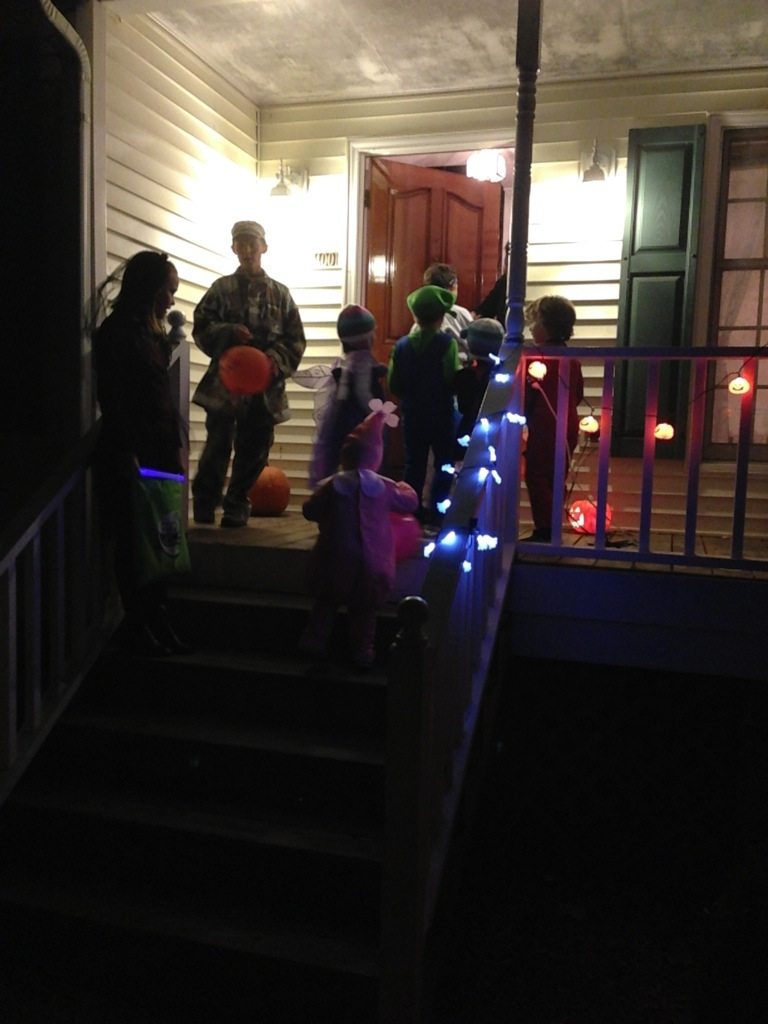 after consuming about half of his candy on the ride home, isaac lasted about three minutes into the last 2012 viewing of the great pumpkin before slipping into a candy coma and being carried off to bed. 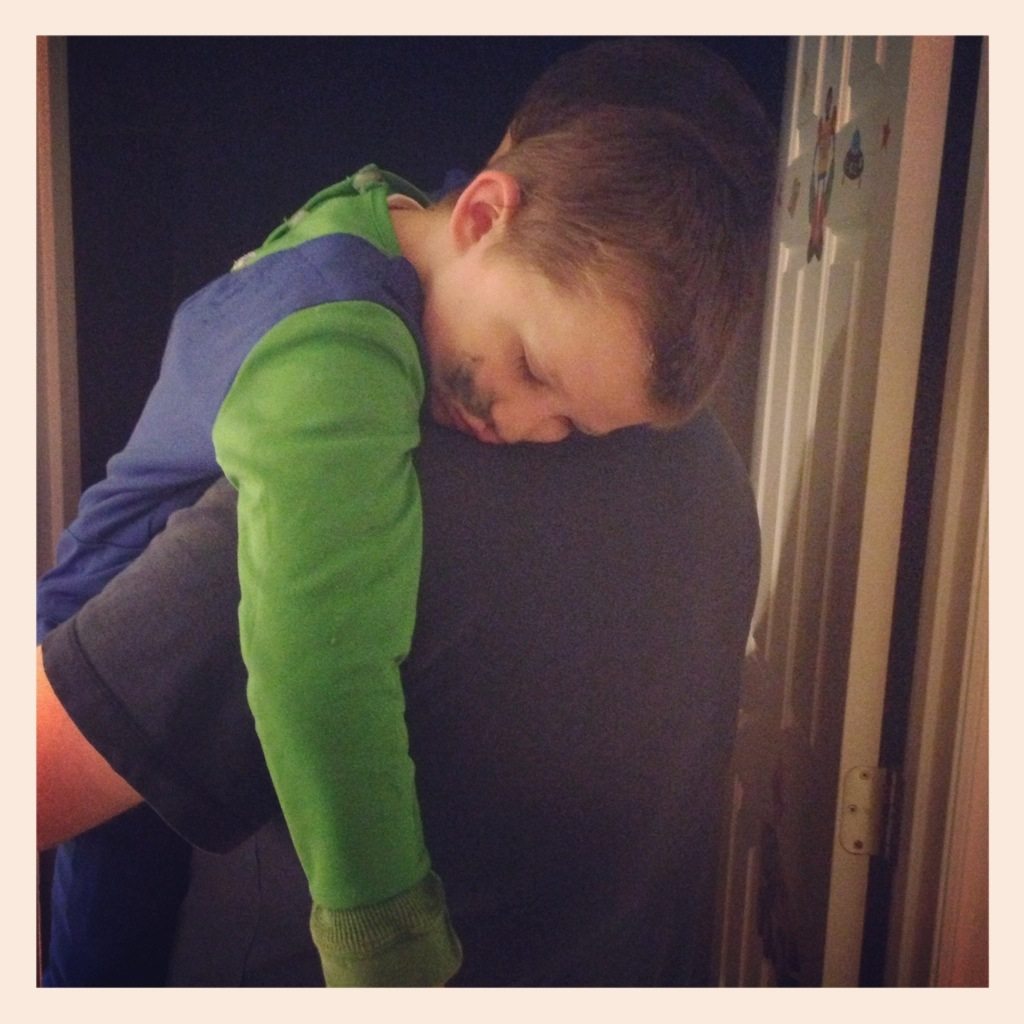 so, that brings our actual halloween part of the post to a close. today, isaac had “character day” at school and a little fall festival party. he had to be a character from a book (that he had to bring with him), which proved more difficult than i thought it would be. i searched amazon for a luigi book, to no avail. i tried to talk him into a spiderman costume, but he said that the inside of the mask smelled like salt and vinegar potato chips. i thought he would make a cute old man fookwire from “those darn squirrels”, but he wasn’t interested. cat in the hat, thing one and two, green eggs and ham, a cookie (if you give a mouse a cookie)… all nixed by the 5 year old.

finally, i managed to talk him into being charlie brown again and he could take the charlie brown christmas book that was stored away in the very bottom of the very last bin of christmas supplies in the crawl space. i also pulled out the charlie brown tree for a prop. got to work adding a zig zag stripe to a cheap michaels t-shirt. and i even made a cute hat based loosely on this tutorial. the total price to get this costume to come together was about $5. 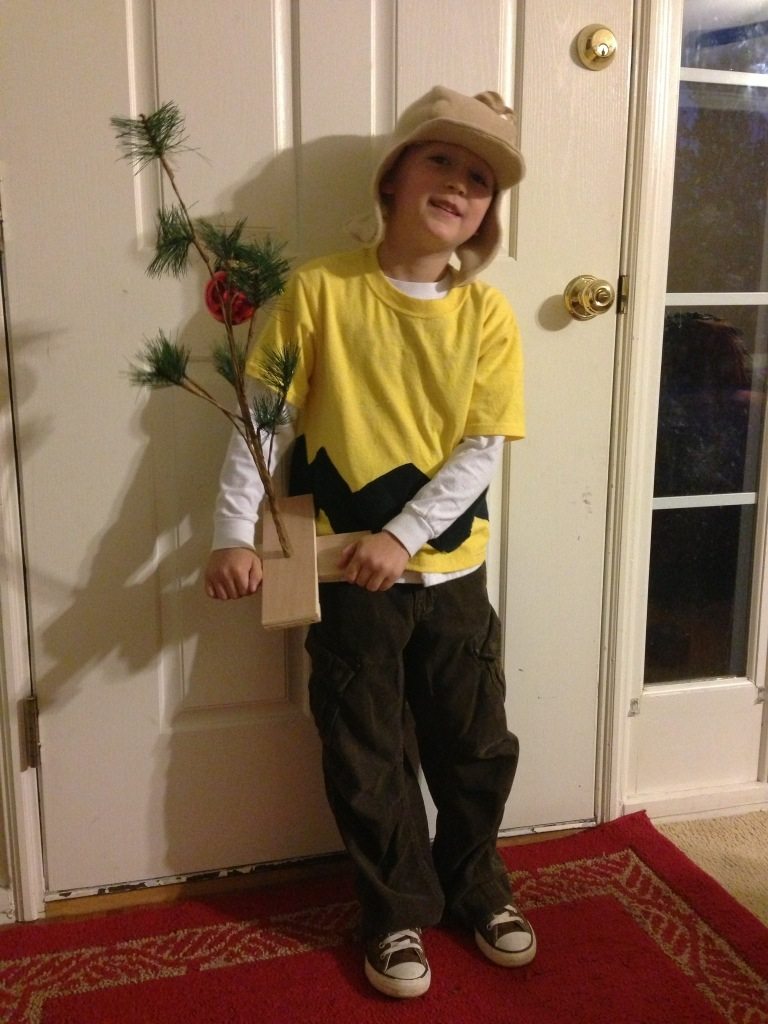 posing with the tree. and being cute. 🙂 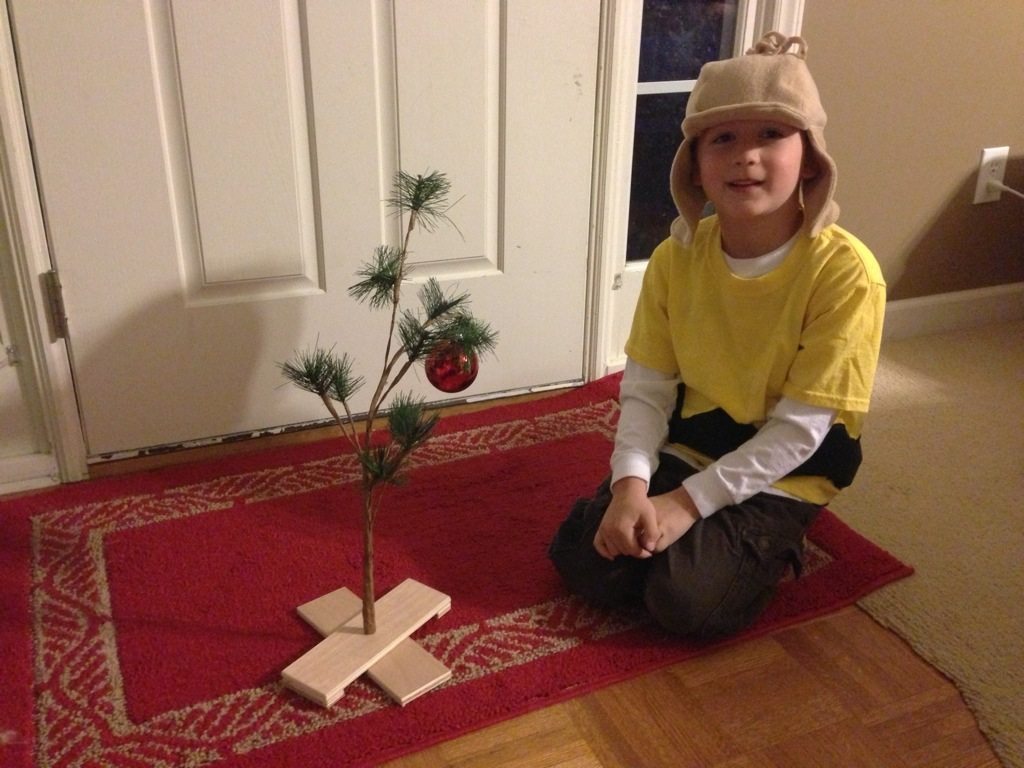 so, that’s the end of our dressing up. well, our sanctioned dressing up. i’ll be putting him in that t-shirt until his head can’t fit through the hole anymore. 🙂