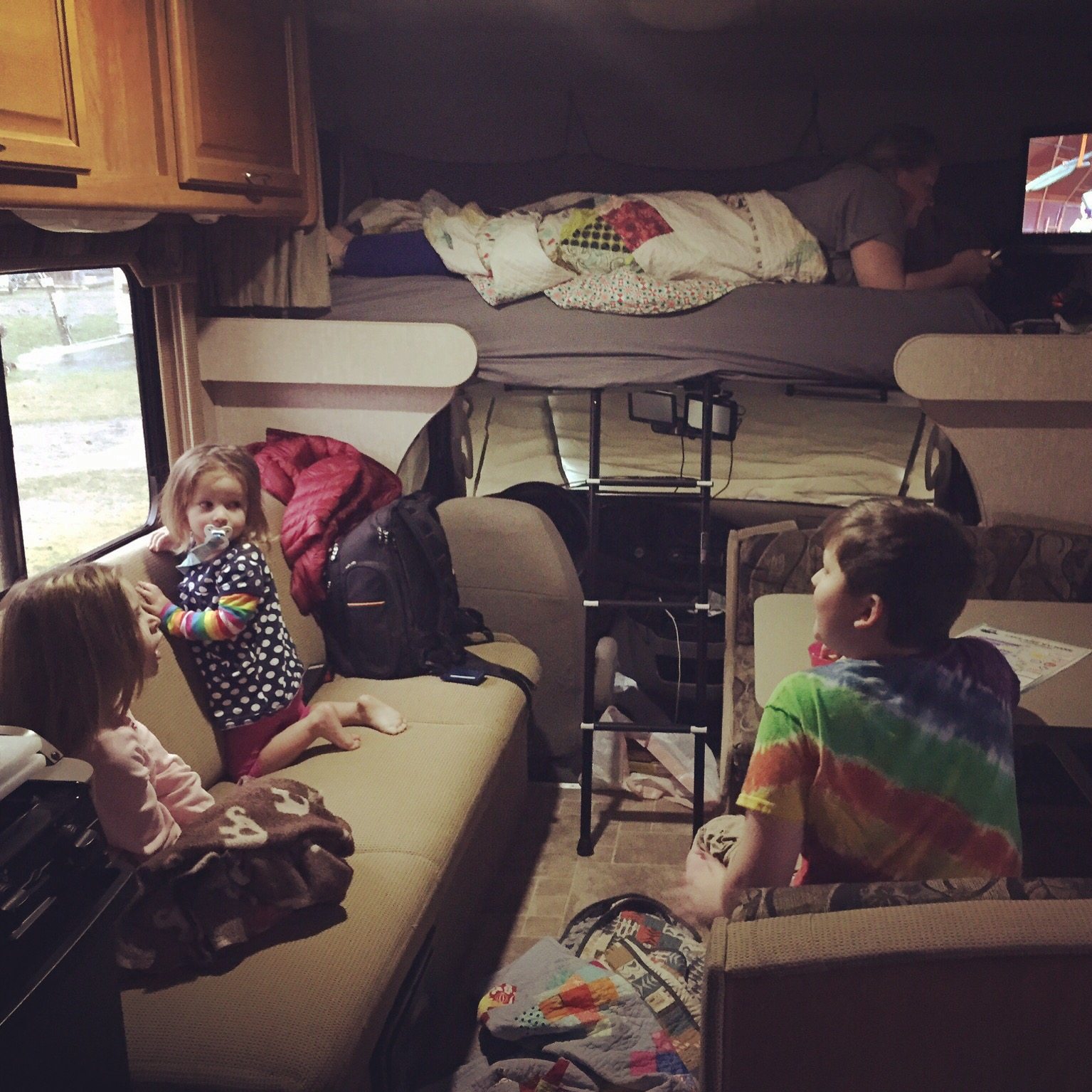 we embarked yesterday. our original plan was to leave tomorrow, but a massive winter storm was in the forecast, so we pushed the date up, and the stress level up, and left two days ahead of schedule. 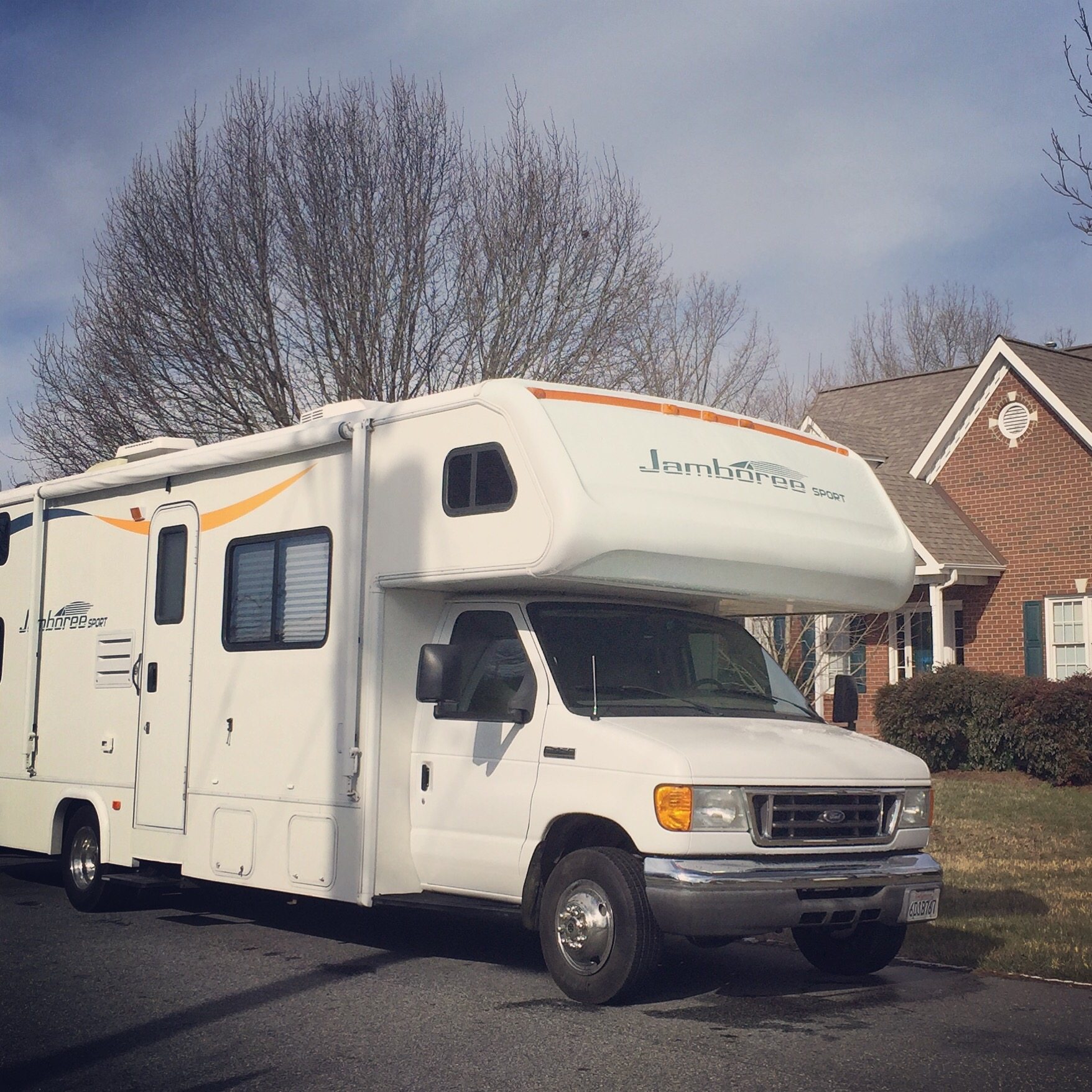 the kids settled in nicely and enjoyed the ride. mostly. 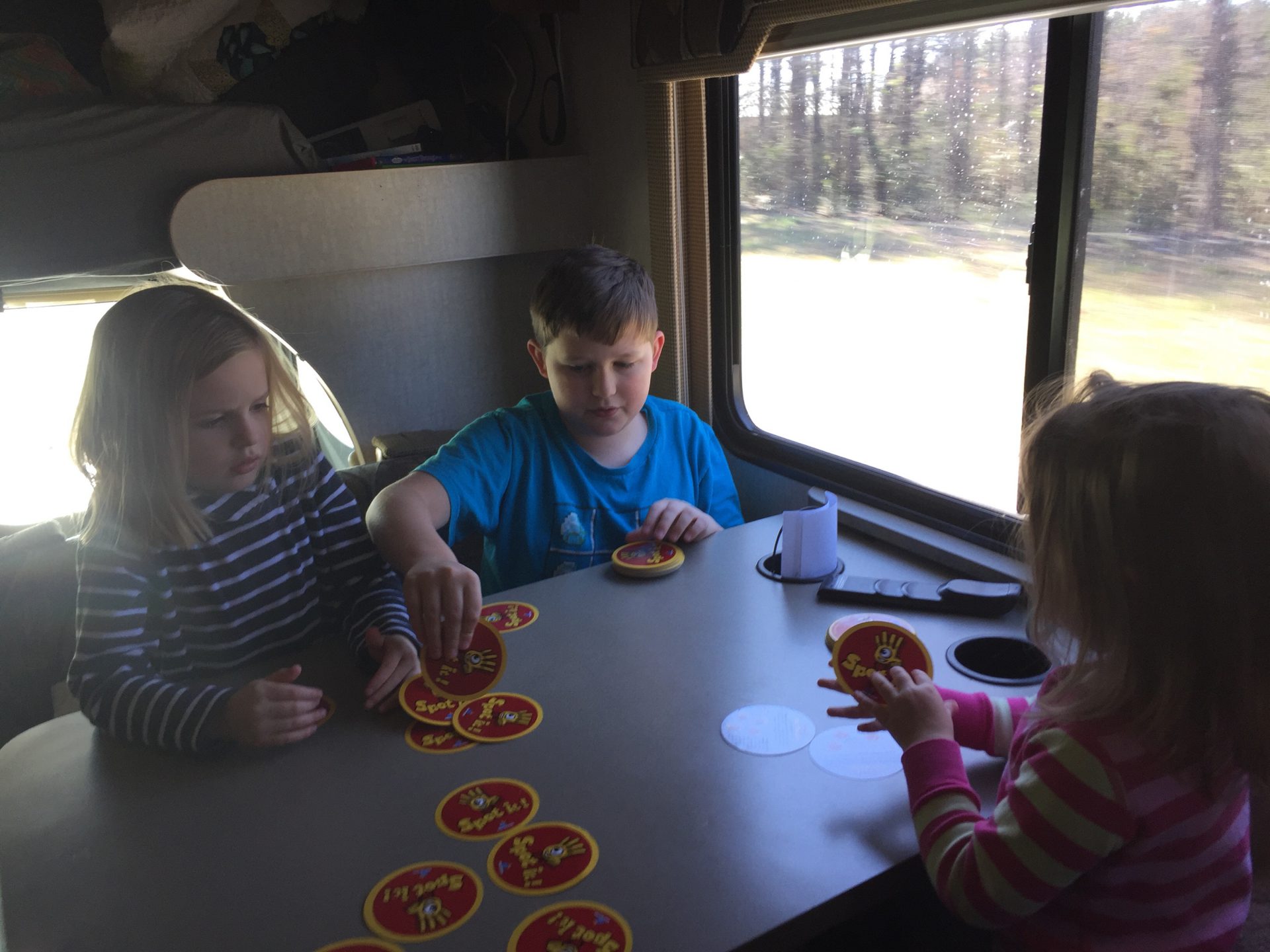 we stopped near Charlotte, to gas up and eat, and to let Derek take a work call that he had to participate in (versus listen in on while he drove). even though we were only an hour or so down the road, we felt like we were already in full nomad life. 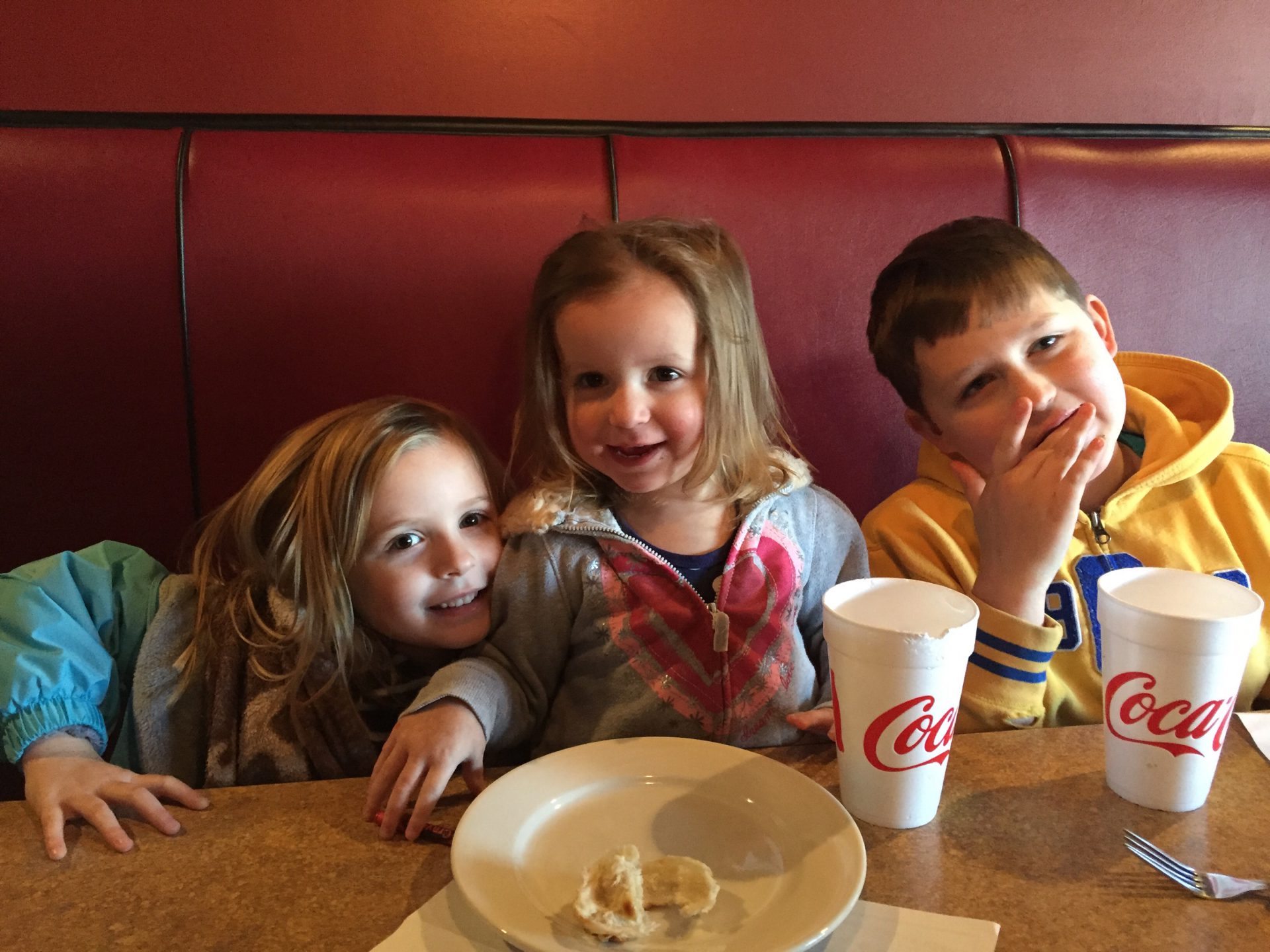 after lunch, Hazel and I took a nap while the kids played (I think). 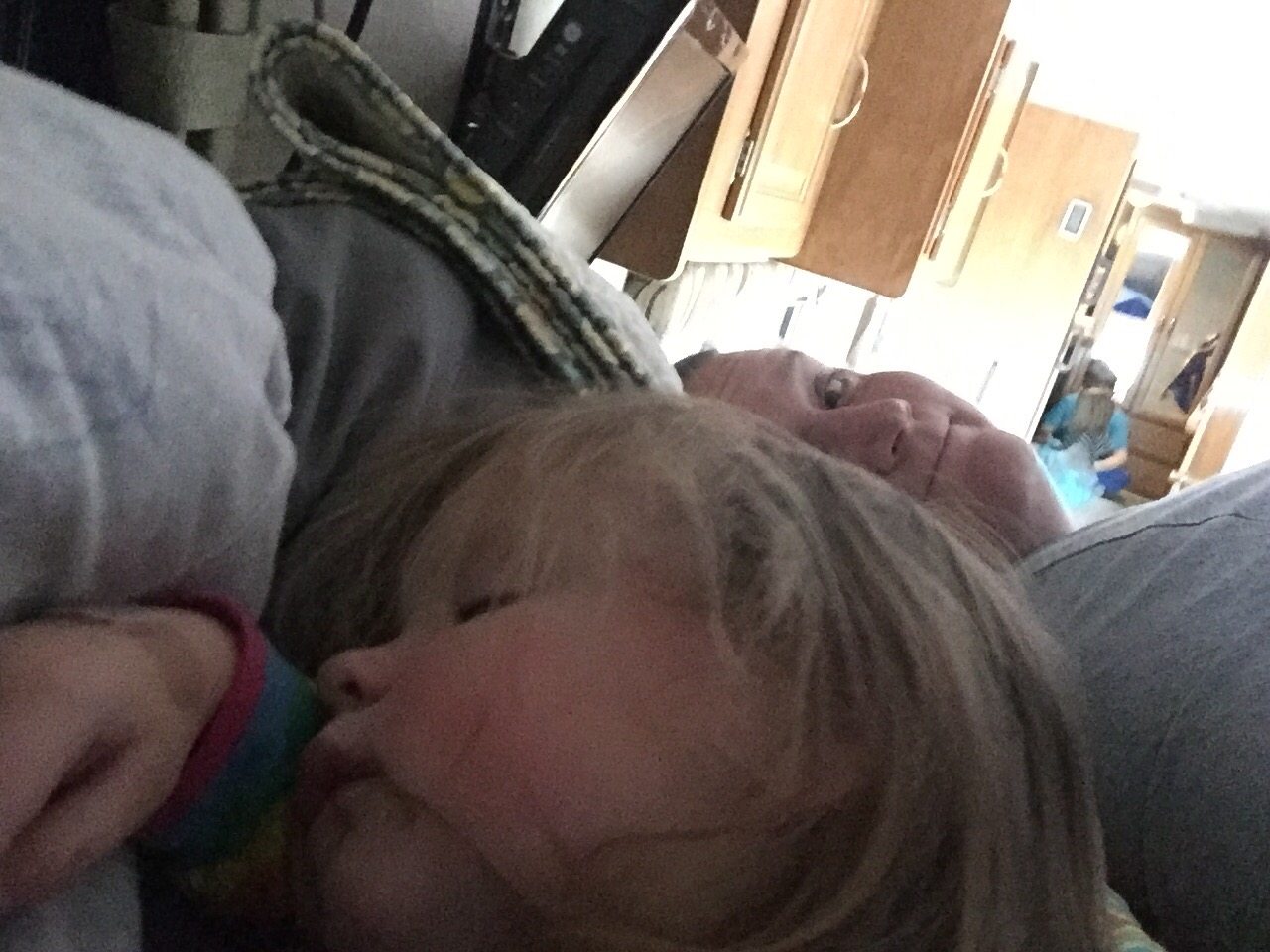 here’s the exciting part of the story. when we were only a few miles away from our destination, a trucker waved at us and pointed at our van and said something about a loose chain. we pulled over as soon as we could to examine, and found our van barely hanging on for dear life. one strap had somhow come off and a big hook had disconnected and was flailing around banging on the passenger side quarter panel and underside. another chain had come loose  which is actually the last resort, but thankfully it didn’t come to that. the one strap that stayed connected came through to hold onto our trusty old minivan. anyhow. we were close enough to the site, that we just unhitched the van and I followed derek the rest of the way.

we arrived. set up shop in the dark. thanks to derek and his millions of hours of research and checkups on the camper in the last few months. and headed out for a nutritious meal at Burger King.

this is hazel’s “I’m not going to sleep tonight but you don’t know that yet” face. 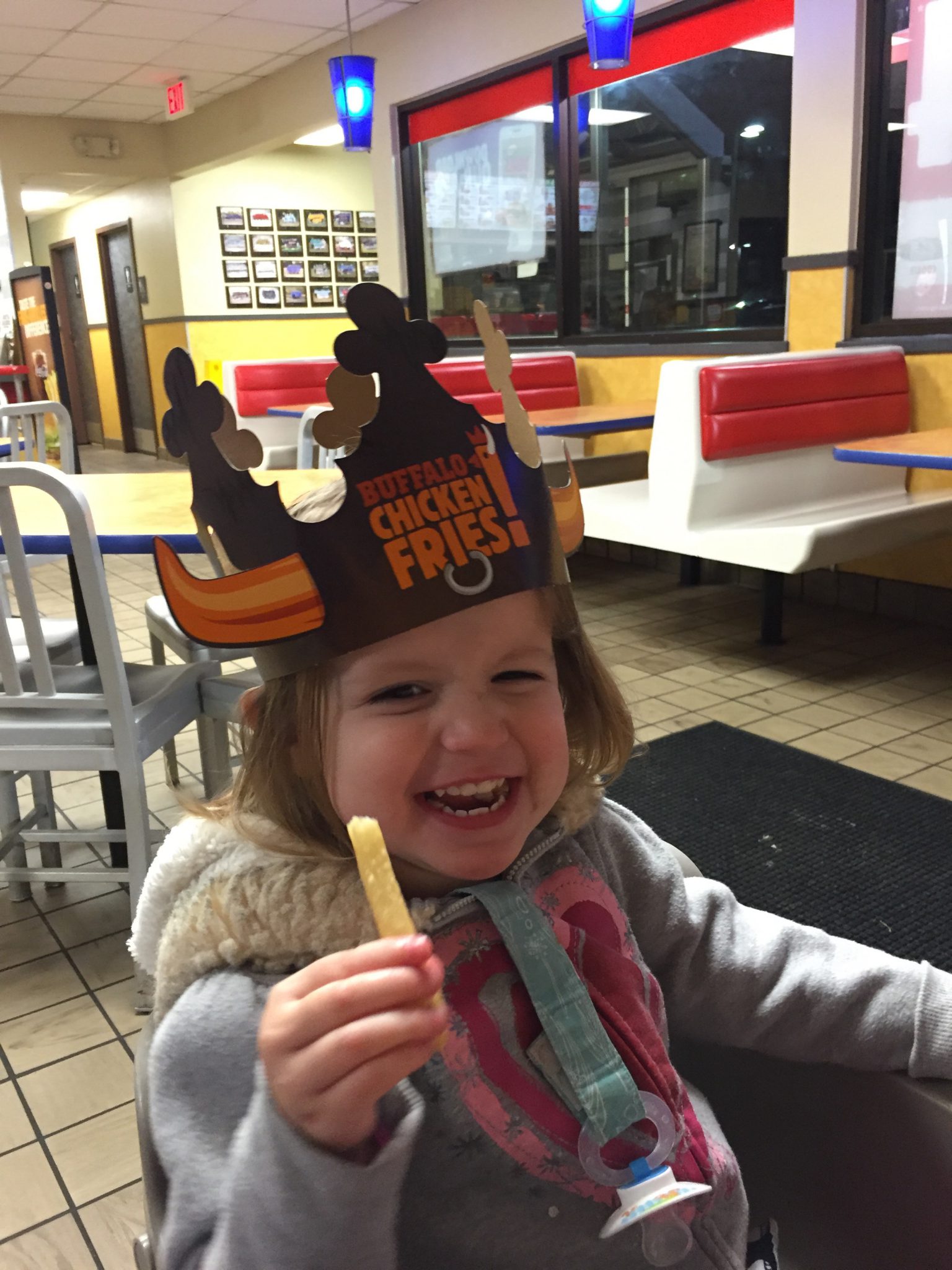 derek snapped this shot of our camper at night. inside, I’m pleading with Hazel to please just lie down and go to sleep. she’s not used to the freedom of a regular bed, plus there’s all the excitement of the camper life, so it was a recipe for disaster. at some point, we both fell asleep in her little twin bed and I eventually woke up and crawled into a not much bigger bed with derek for a few hours of rest. 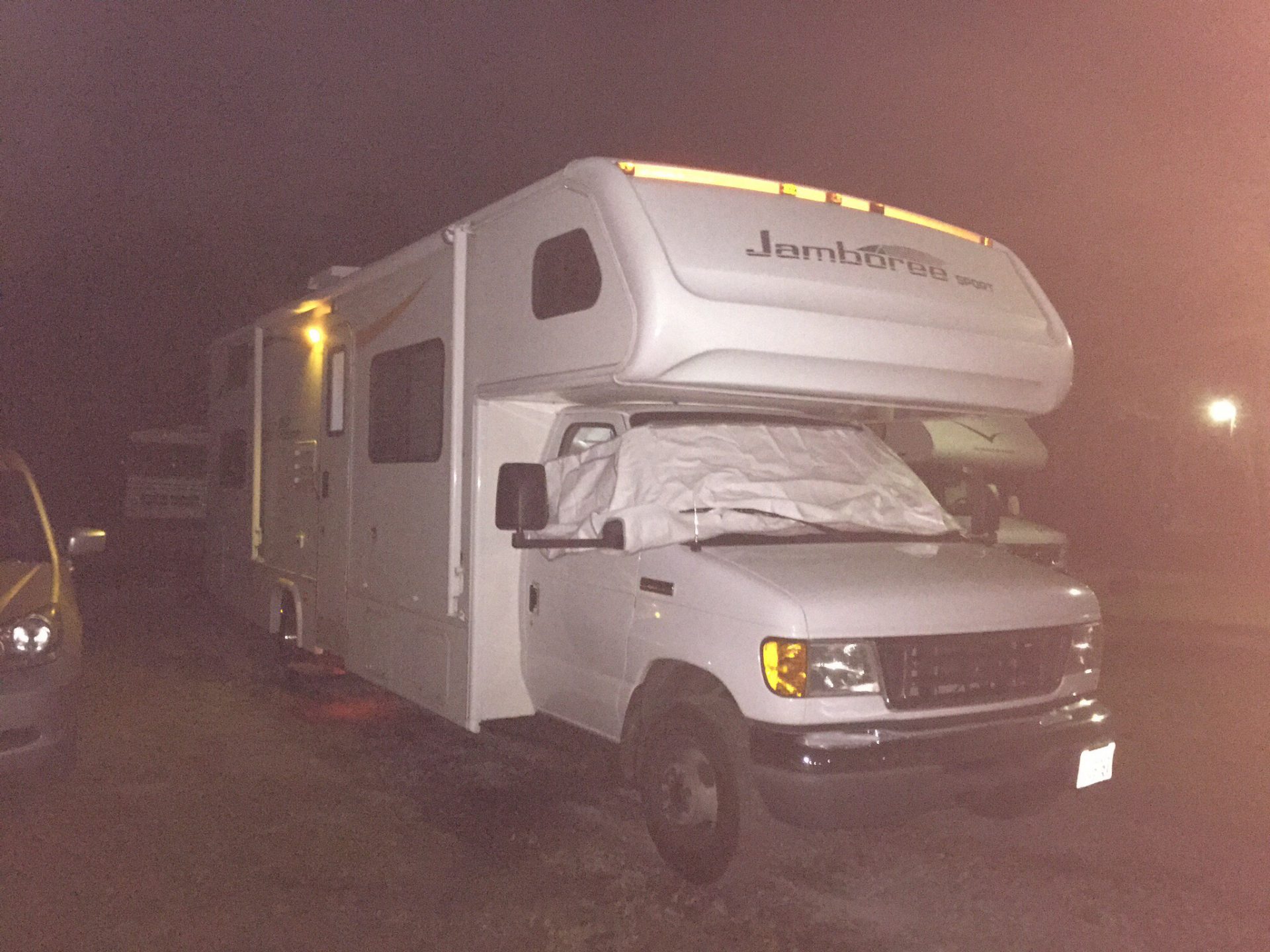 the morning was rough. slow moving. plus it was raining. so we just hunkered down for a long first day in our massive 150 square feet.

our set up. we haven’t seen too many folks around. 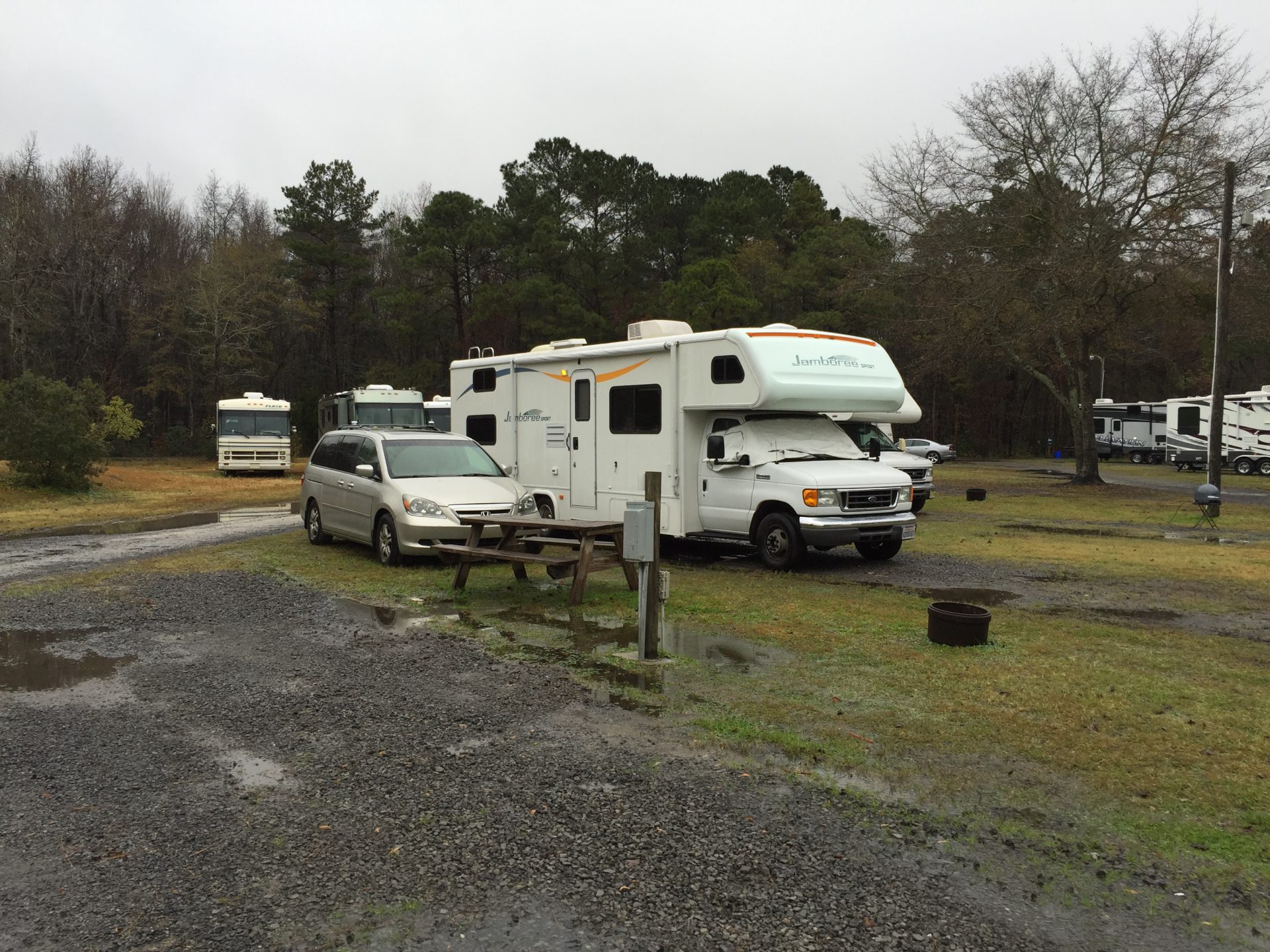 the kids actually did pretty well being cooped up. we brought plenty of various crafts and toys to keep us entertained in these circumstances. 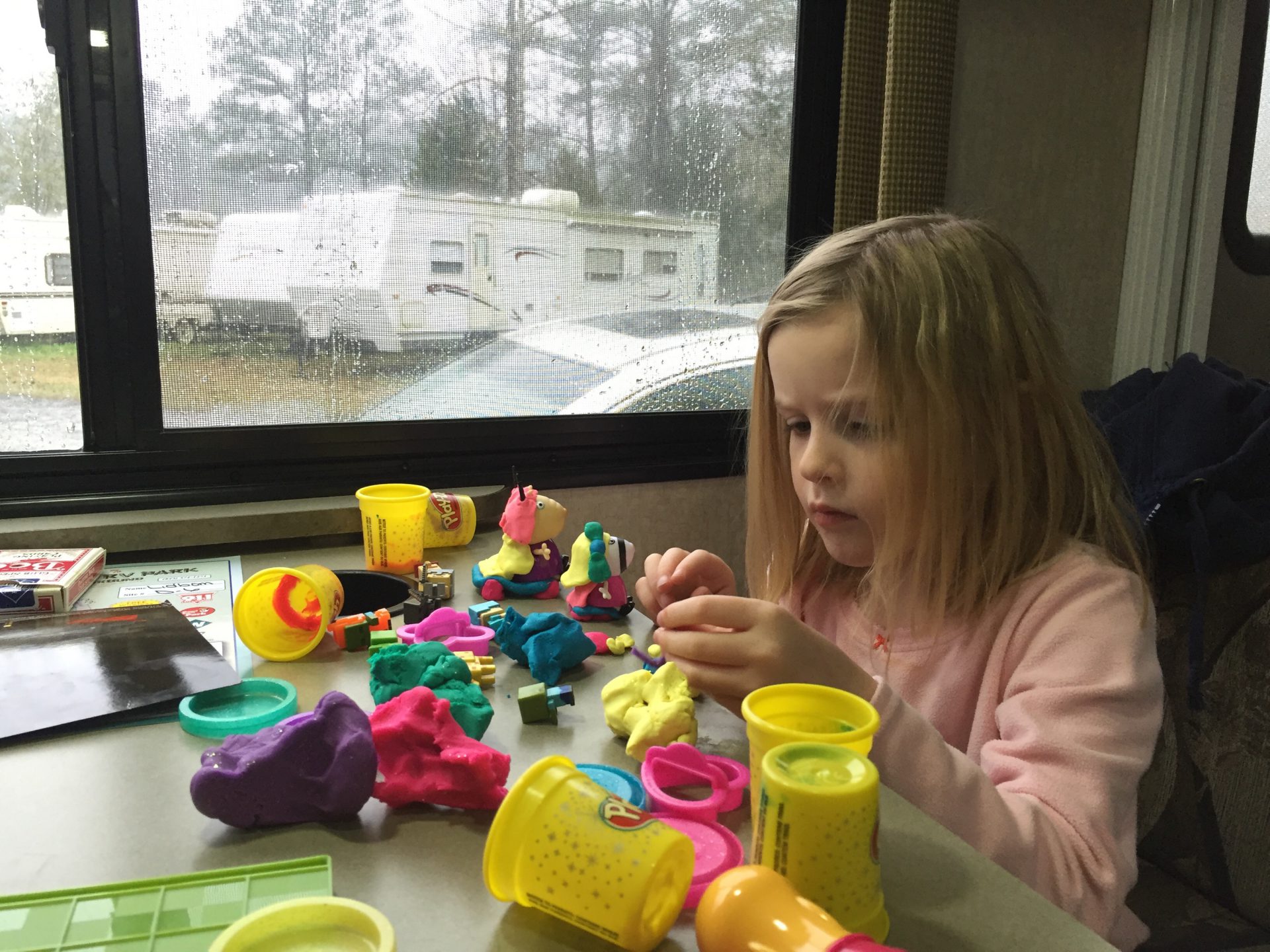 we were visited often by a posse of ducks (is that the scientific term for a group of ducks?). of course, our camper spit out bread and Cheerios every time they came by so they didn’t stray far. 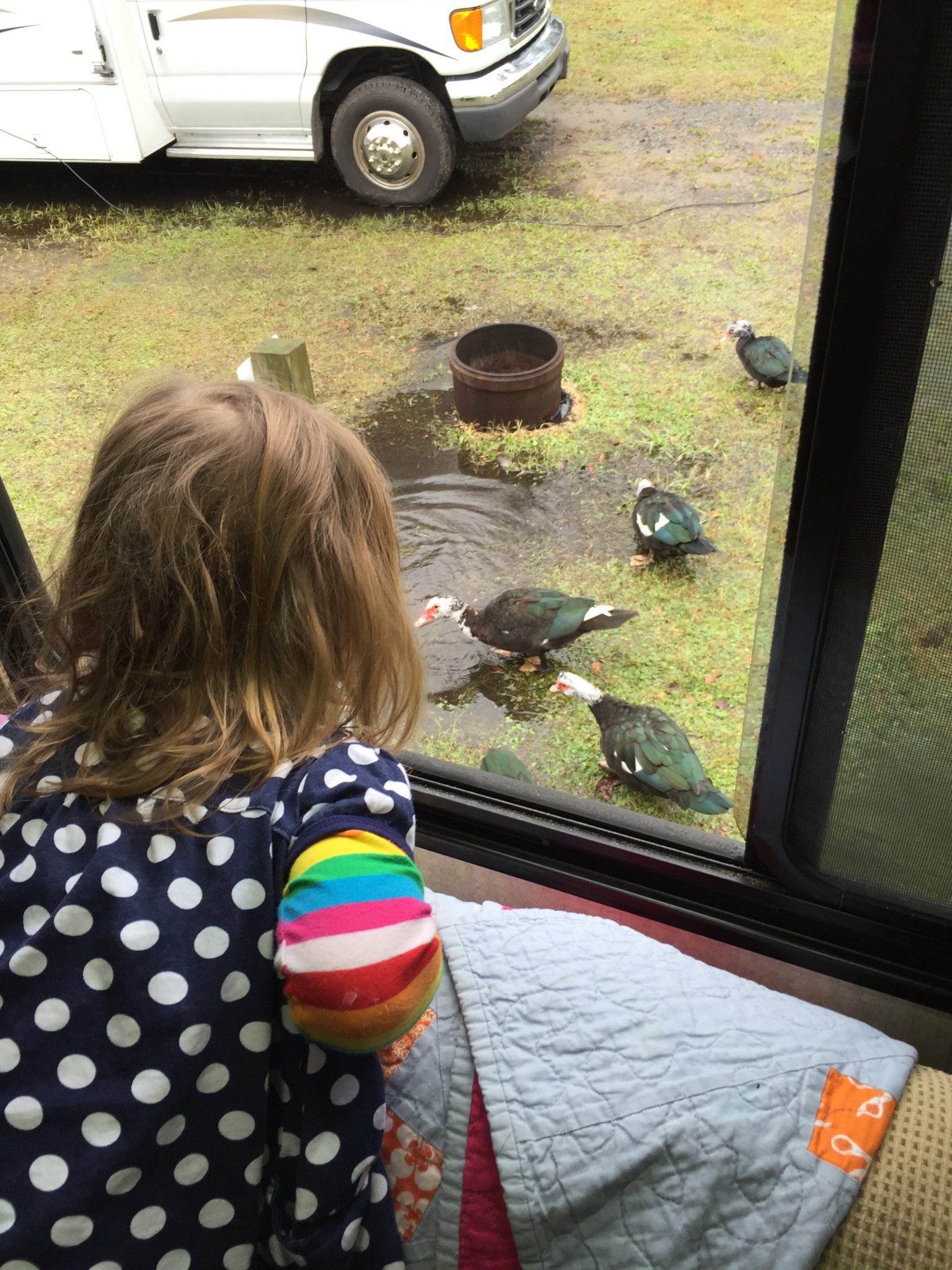 after the rain we took a walk and jumped in some puddles and found the playground. 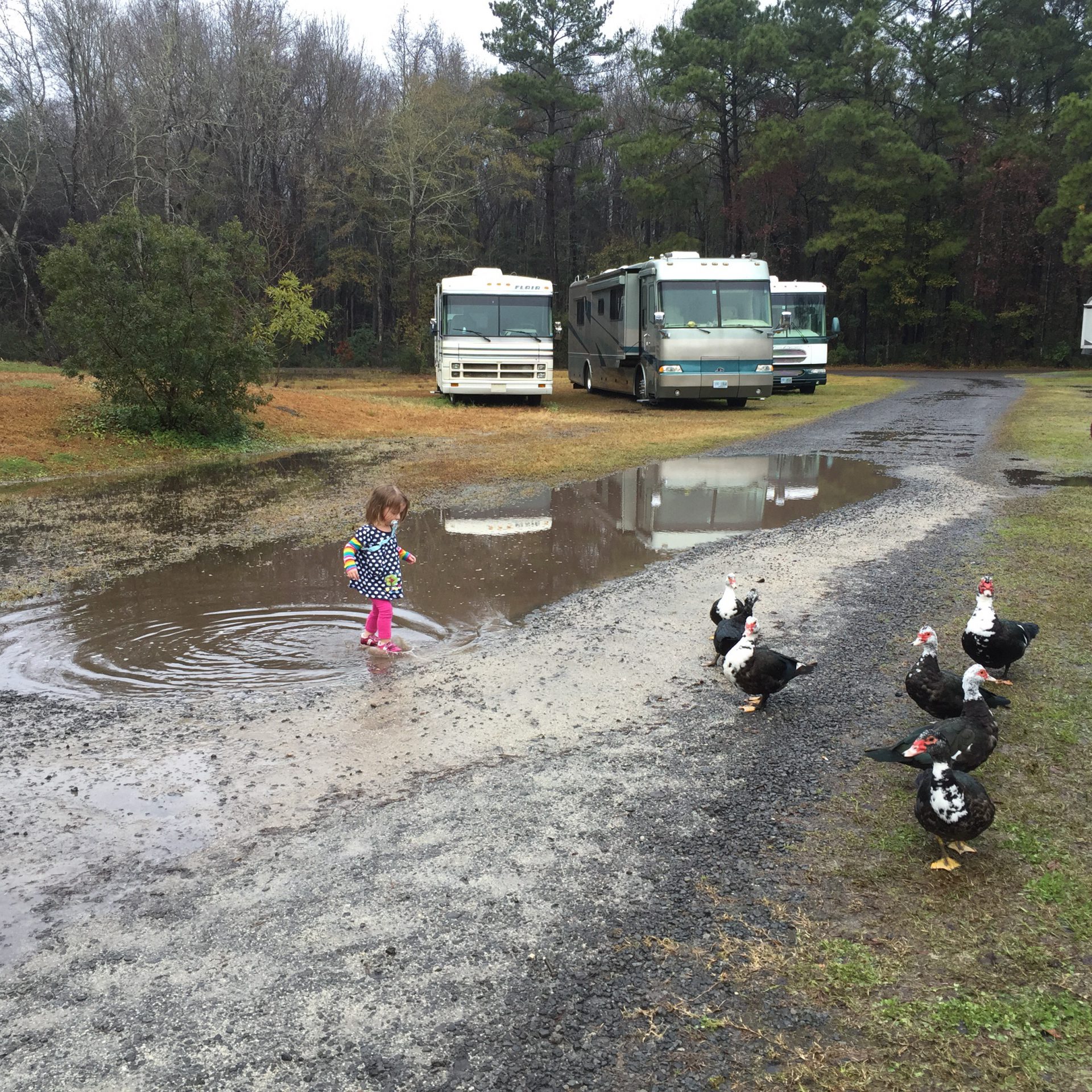 it was a little chilly so we had a quick swing and ran back home. 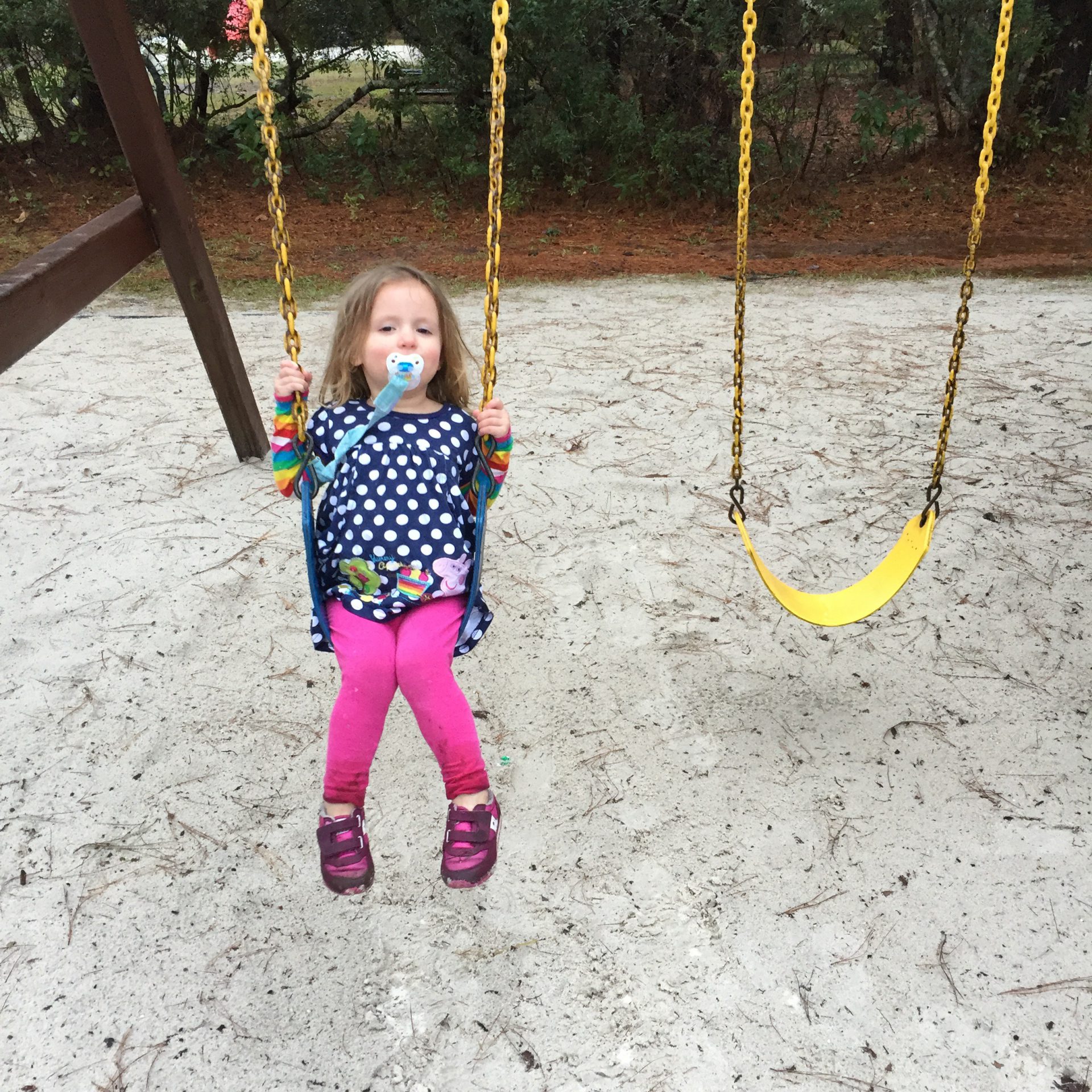 after our long cooped up day, we decided to go out to dinner. derek hunted down this little gem and it only took turning around 3 different times to get there. 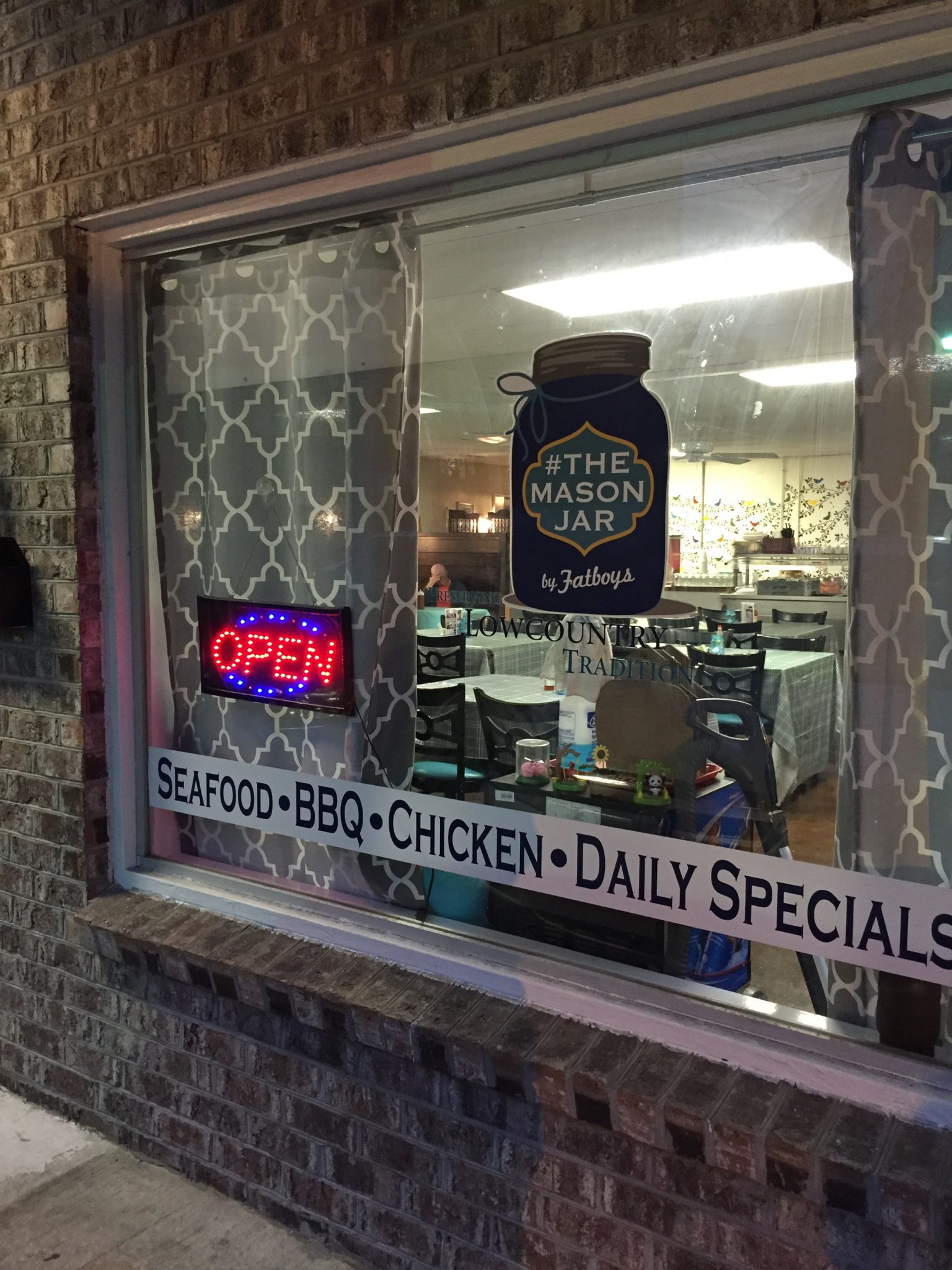 oh. did I mention that Hazel didn’t nap? well. she didn’t. so of course she was out cold when we got to the restaurant. I mean OUT. 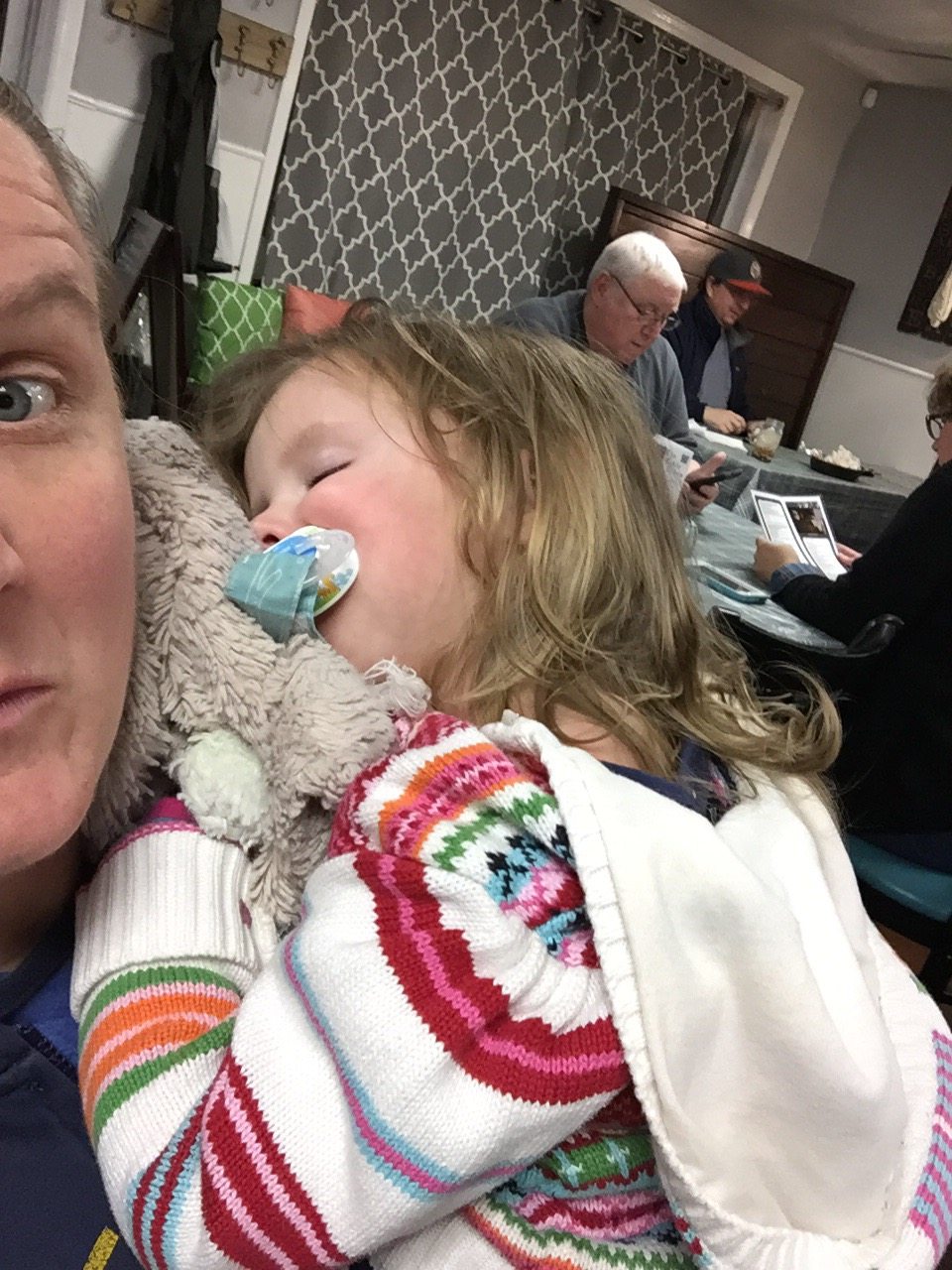 that is. until the fries arrived. 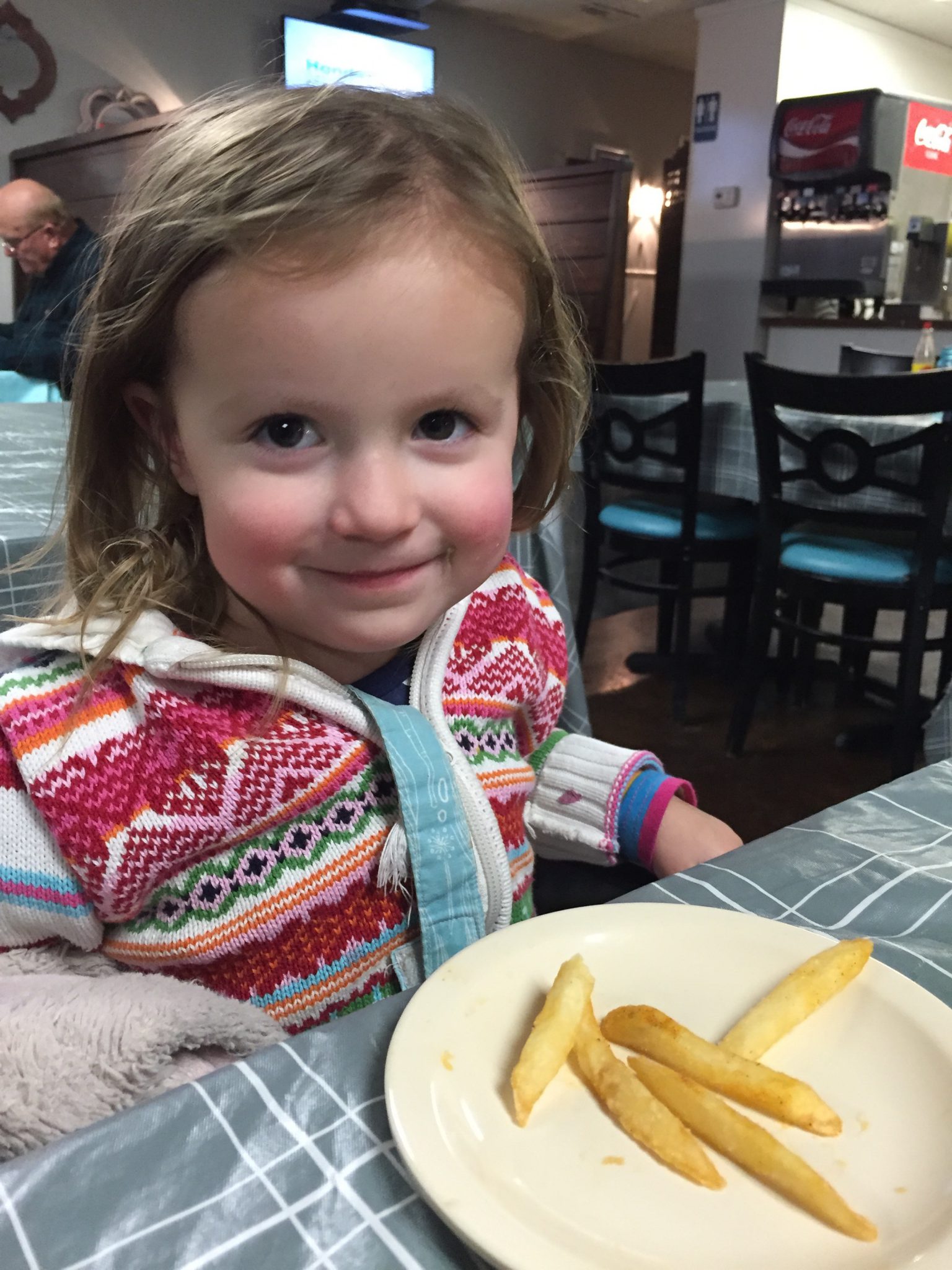 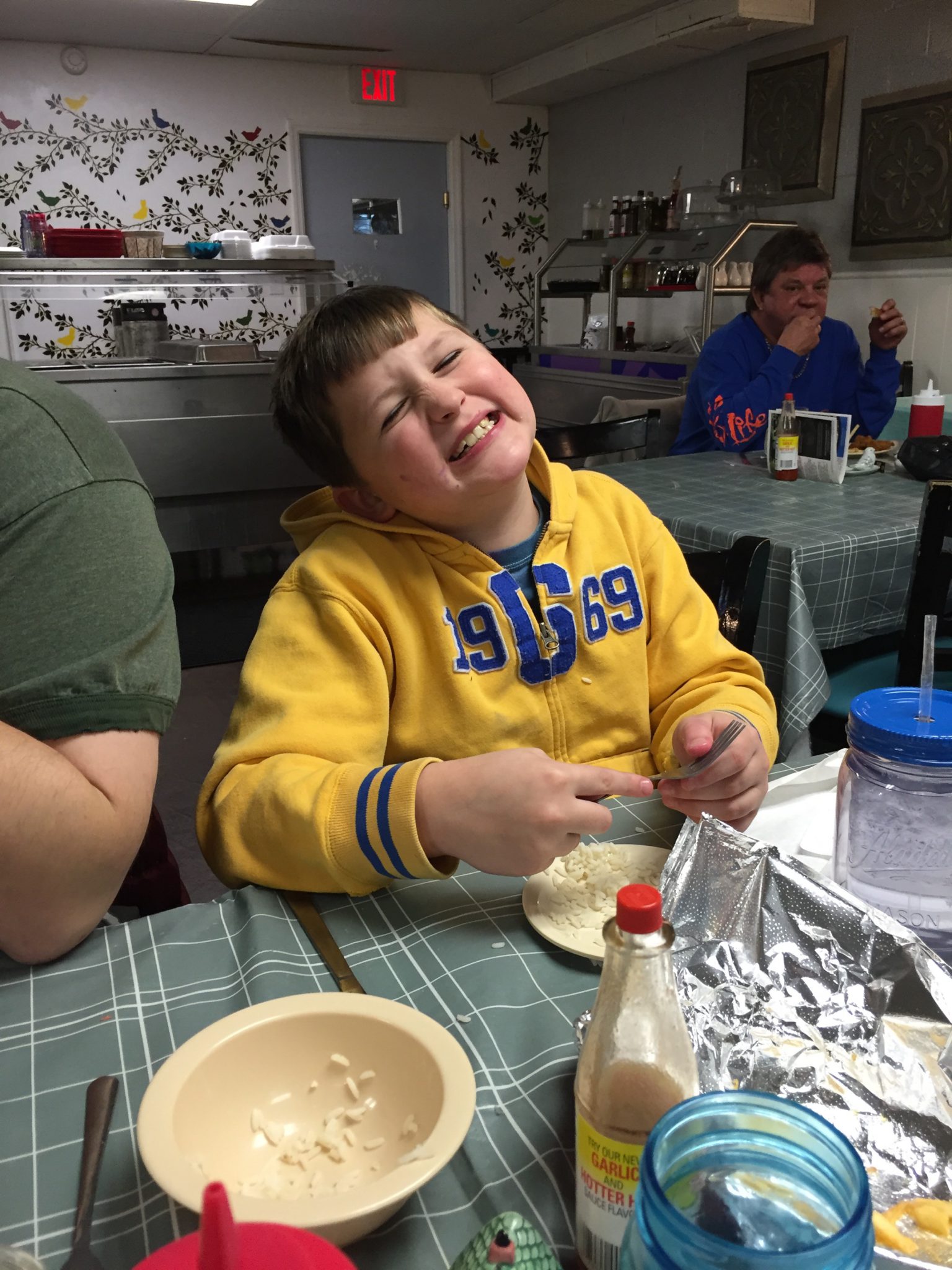 anyhooo. there was a new plan tonight. we put the big kids to bed. and I took Hazel onto our bed and just chilled with her until she fell asleep. debating whether or not we will move her or if I will sleep with her and derek will move to her bunk. in the meantime, I am working on some hand sewing and sipping some sleepy time tea (like I need to be more sleepy). 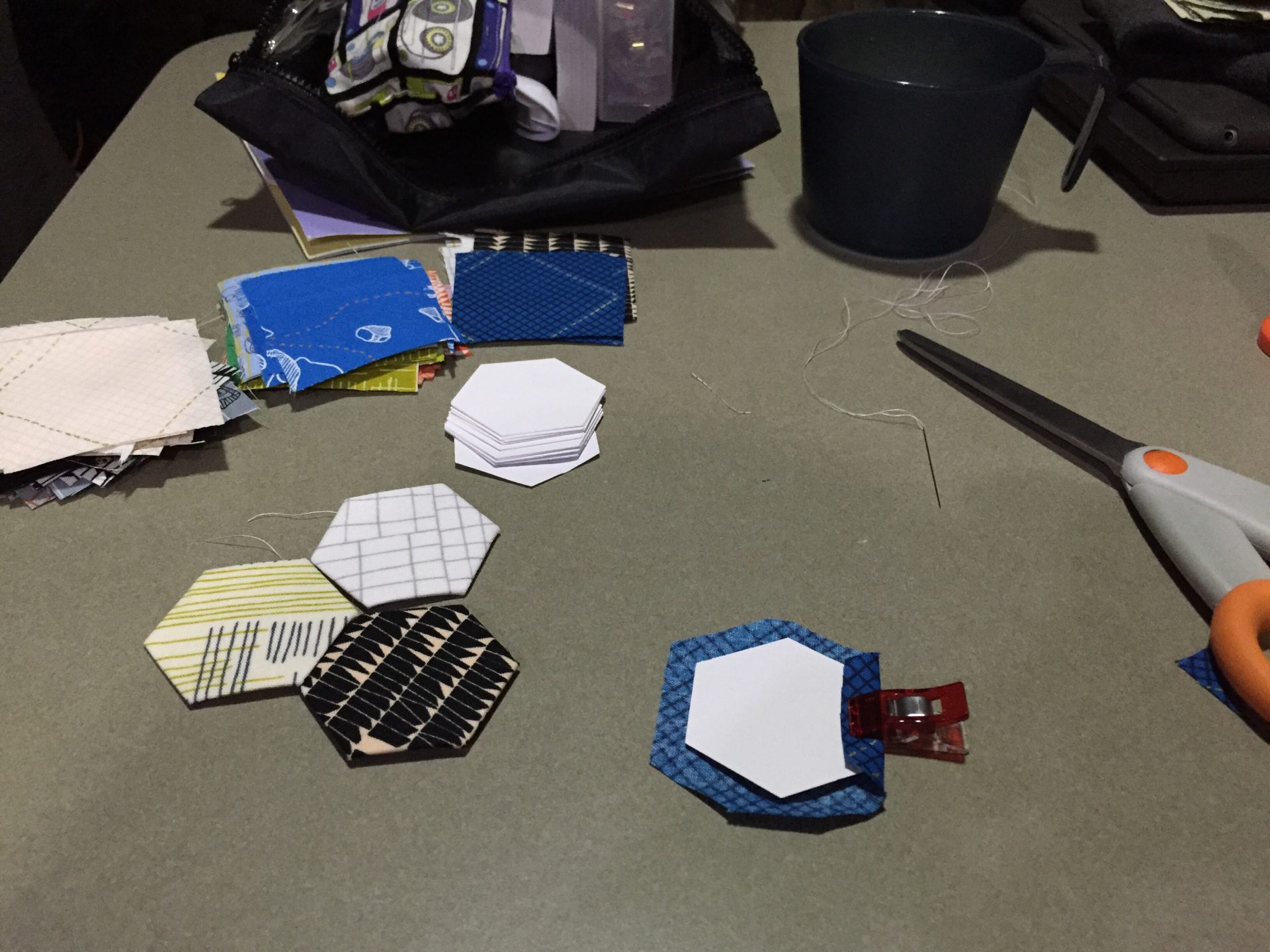 disclaimer: i am writing this post from my phone. no photo edits. and i probz wont proofread. :).