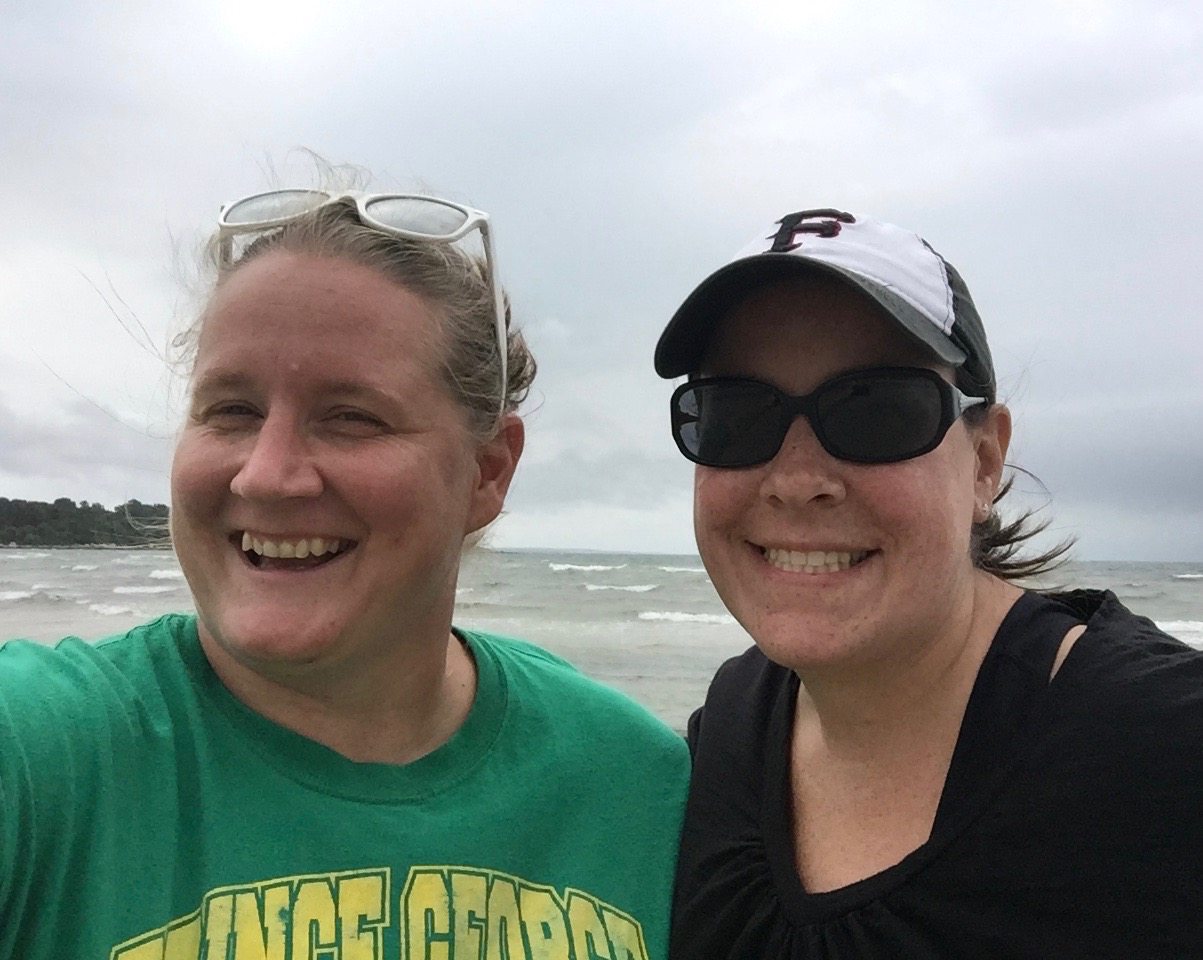 i’ve said it before, but one of the bonuses to this lifestyle is being able to meet up with old friends who i might otherwise never get to see again ever. on friday, we hooked up with one such person. my friend cathy, from my college days, now resides in cape cod, where her husband is a coast guard guy. she was a basketball and softball teammate and lived in the same dorm building as me. and i haven’t seen her since 1999.

we met at her house and her son and ike hit it off immediately, so we sat around and just caught up. eventually, we decided to hit the beach. being from the area, she knew the hot spots, so we went to this beach with a little marshy area behind it, perfect for catching small sea life. anna was in her element. 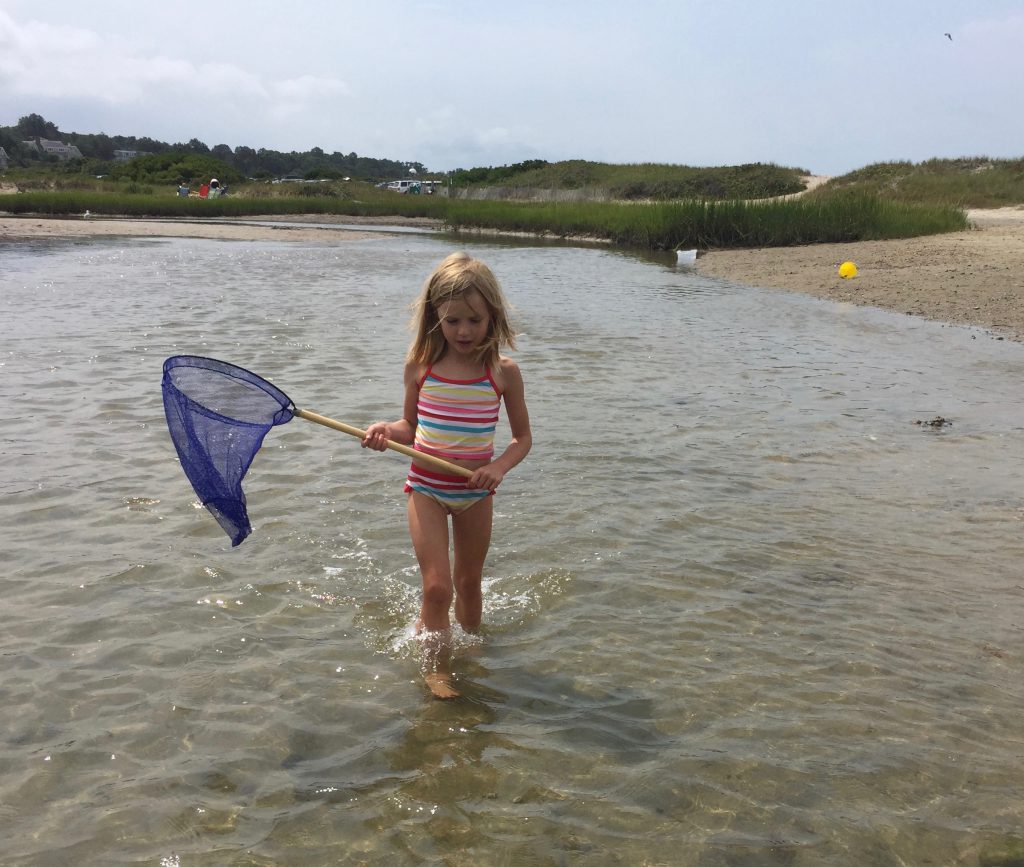 we attempted a group shot, but just as we convinced the last kiddo to line up, hazel took off running, so we just went with “an older kid shot”…. 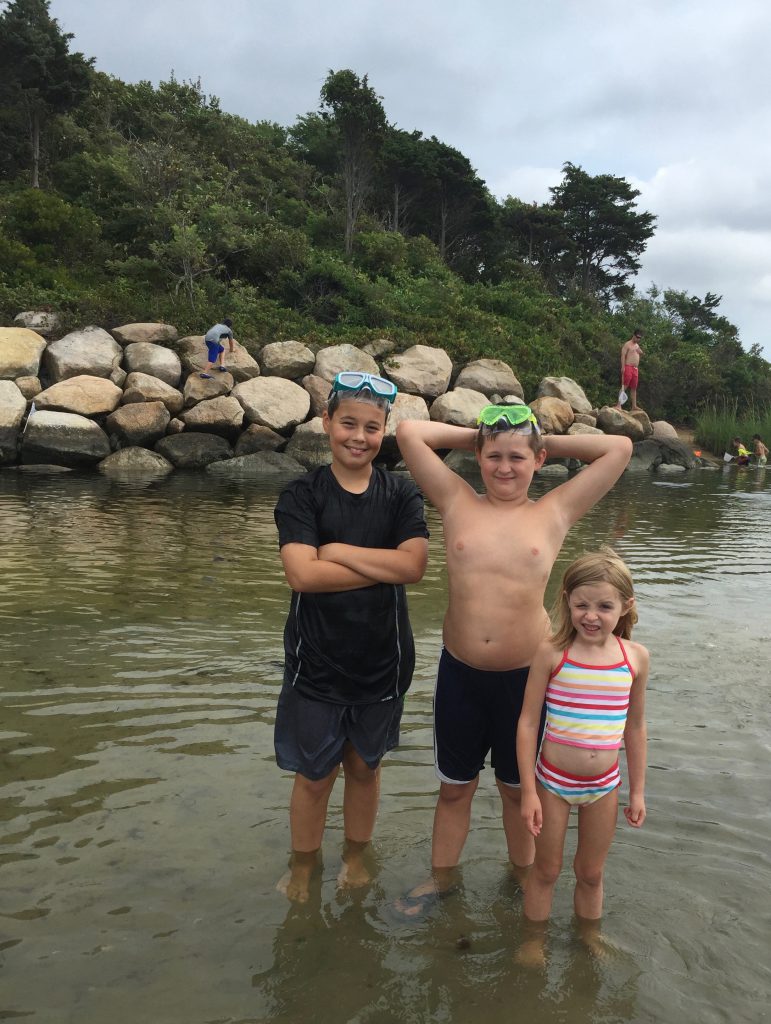 for once, we remembered to bring our kite from the car, so after the hermit crab search excitement wore off, the girls walked to an open spot to fly this sucker. 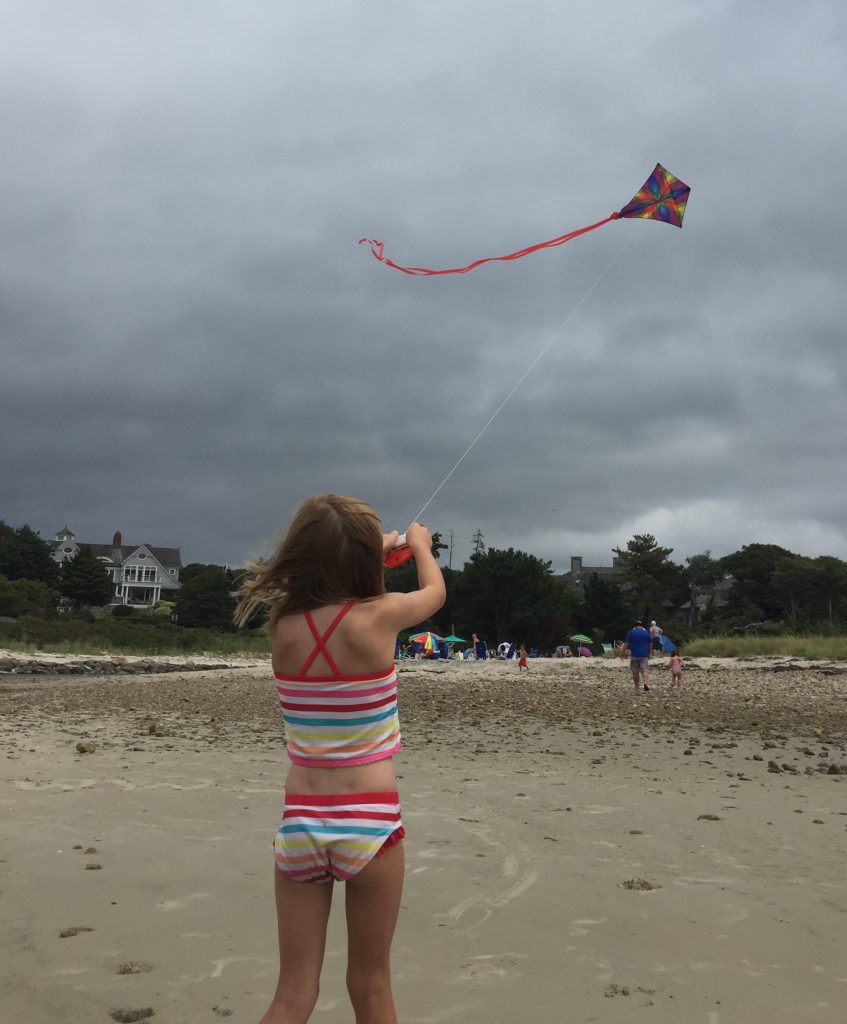 hazel is a helpful sidekick. or an enthusiastic one, at least. 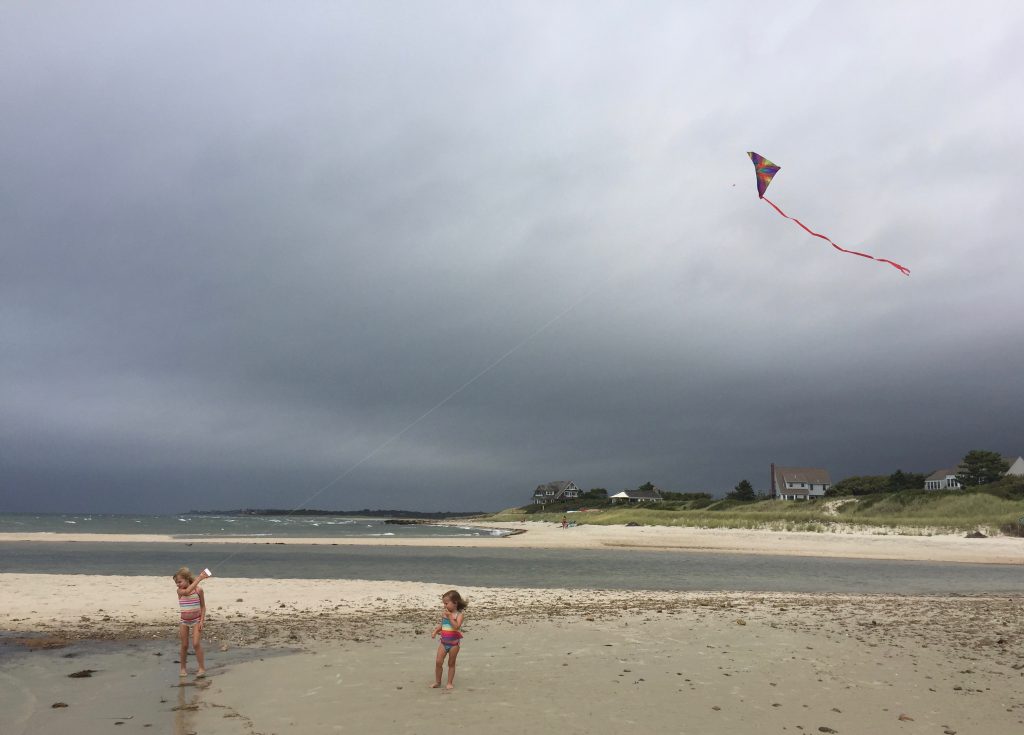 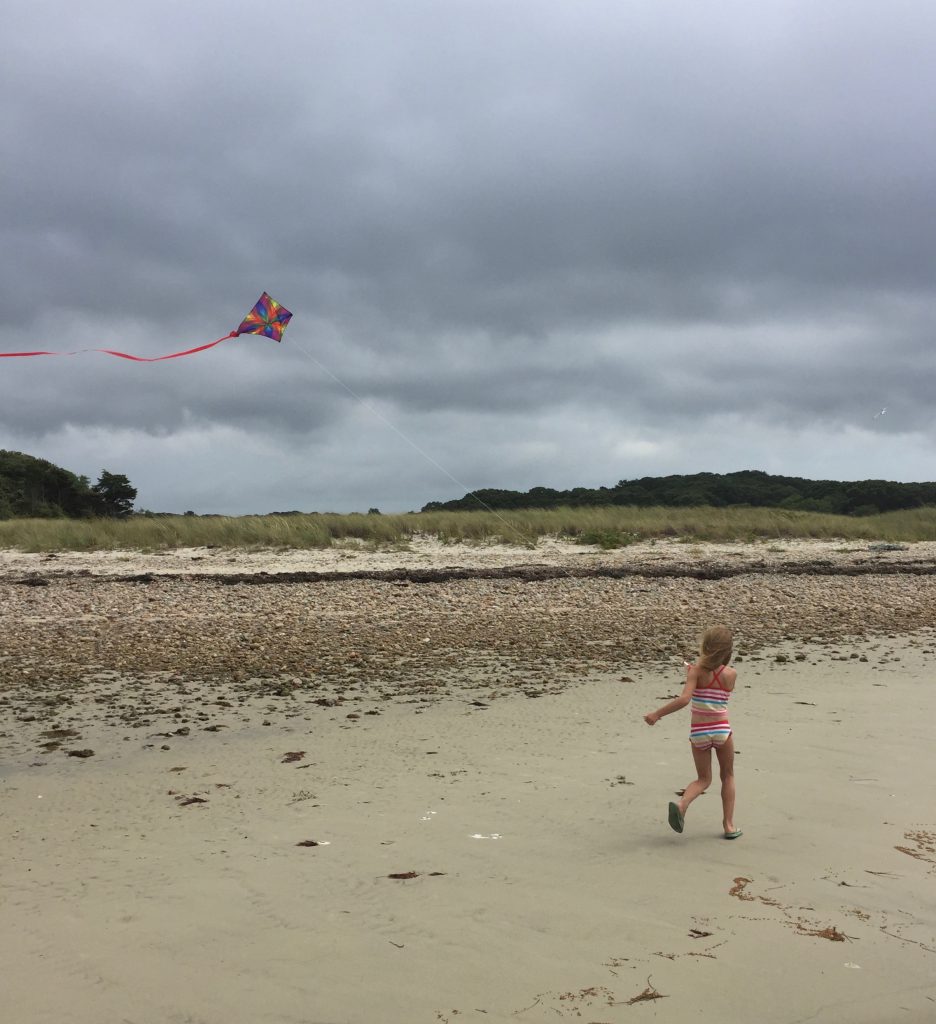 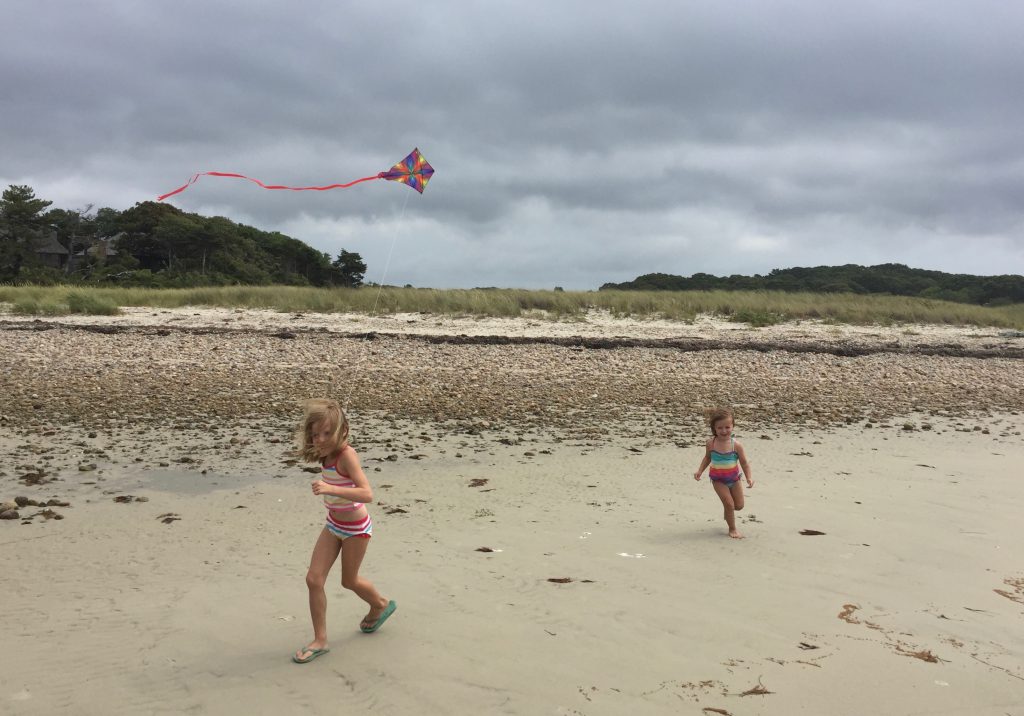 and she finally got her chance to fly solo. 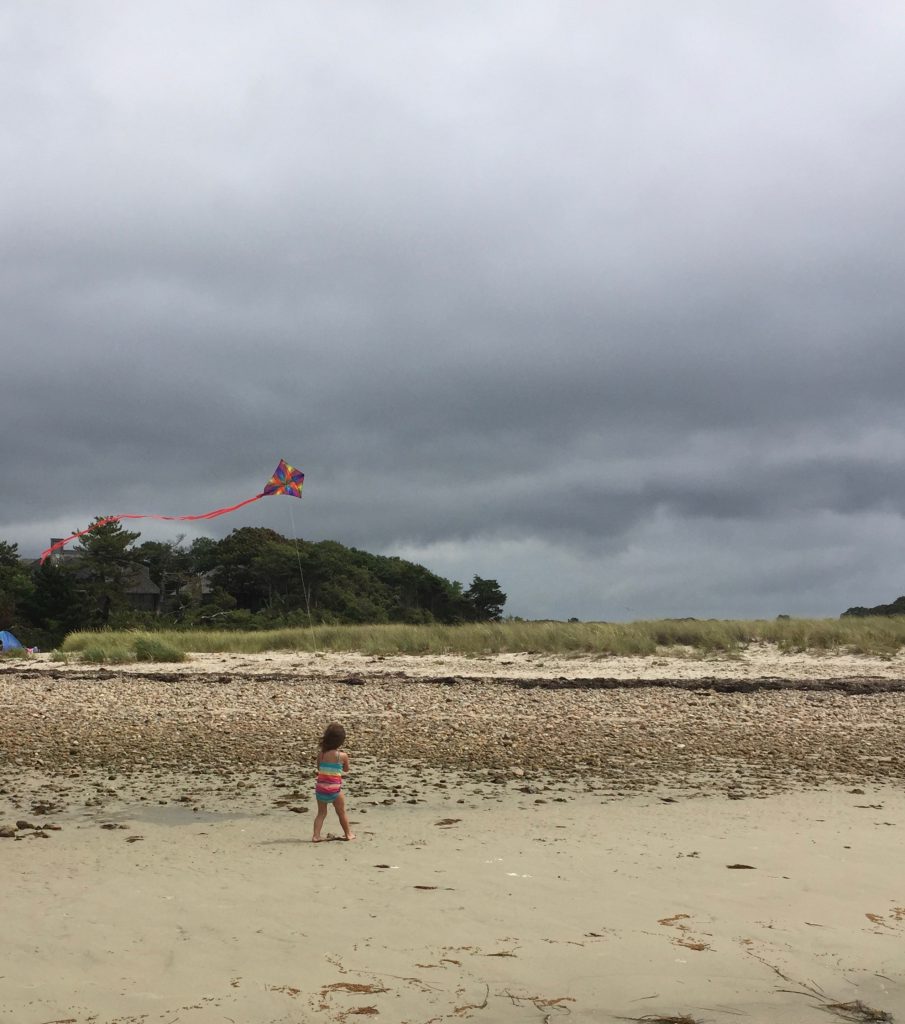 cathy and i decided that a reunion selfie was in order. 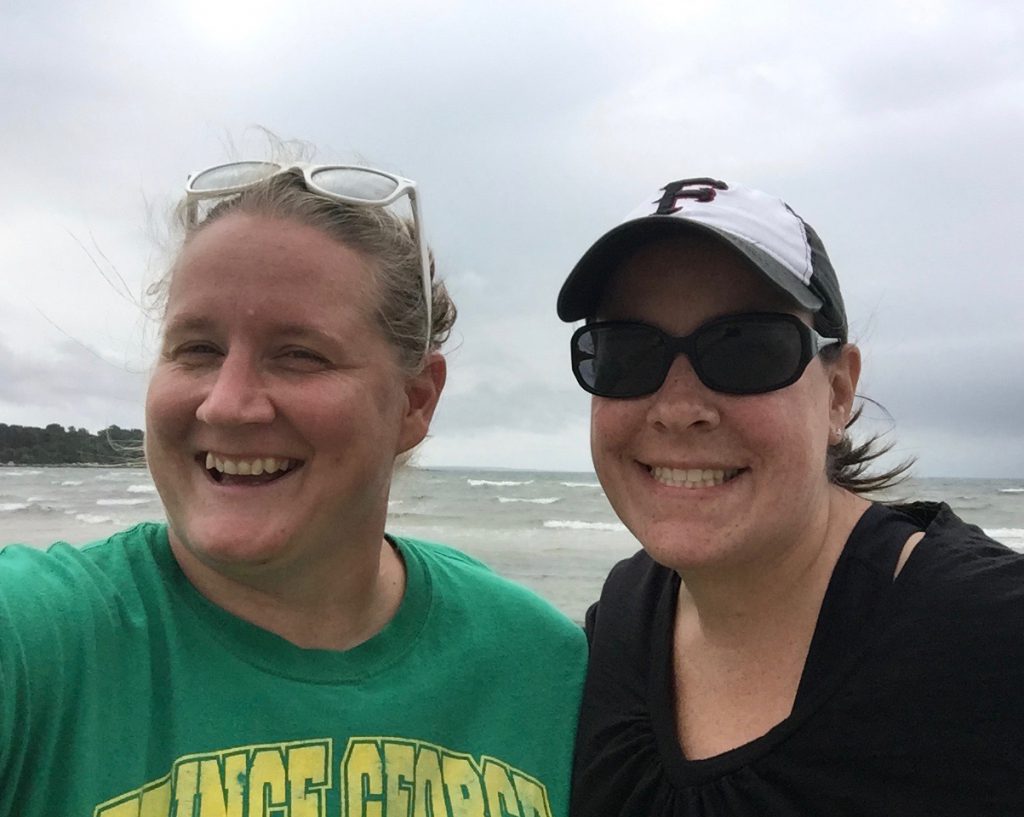 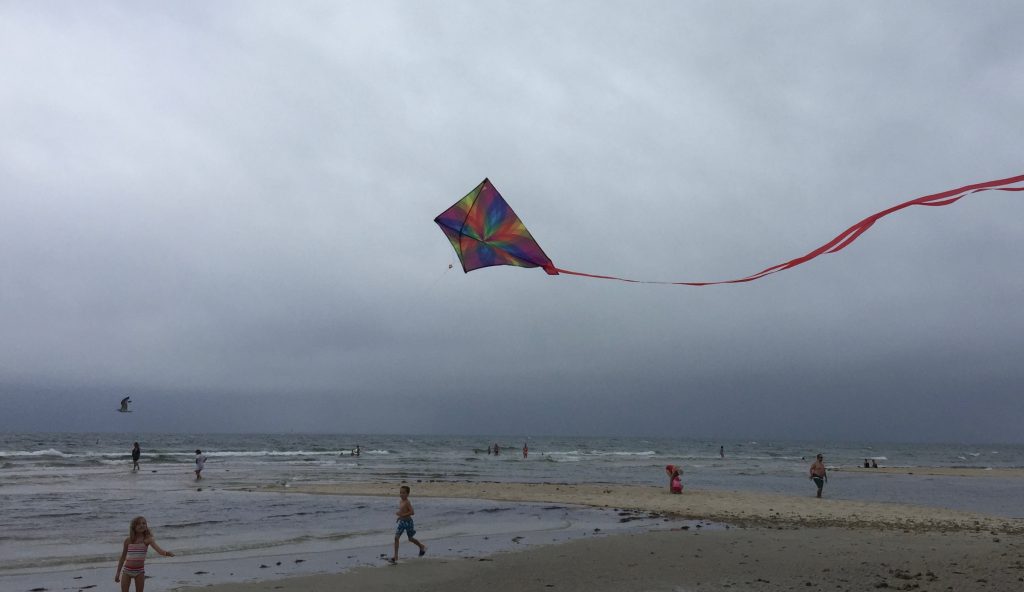 and if you’re thinking that the sky looks ominous, you would be correct. soon after this pic, the skies opened up and we made a quick and wet exit to the car. 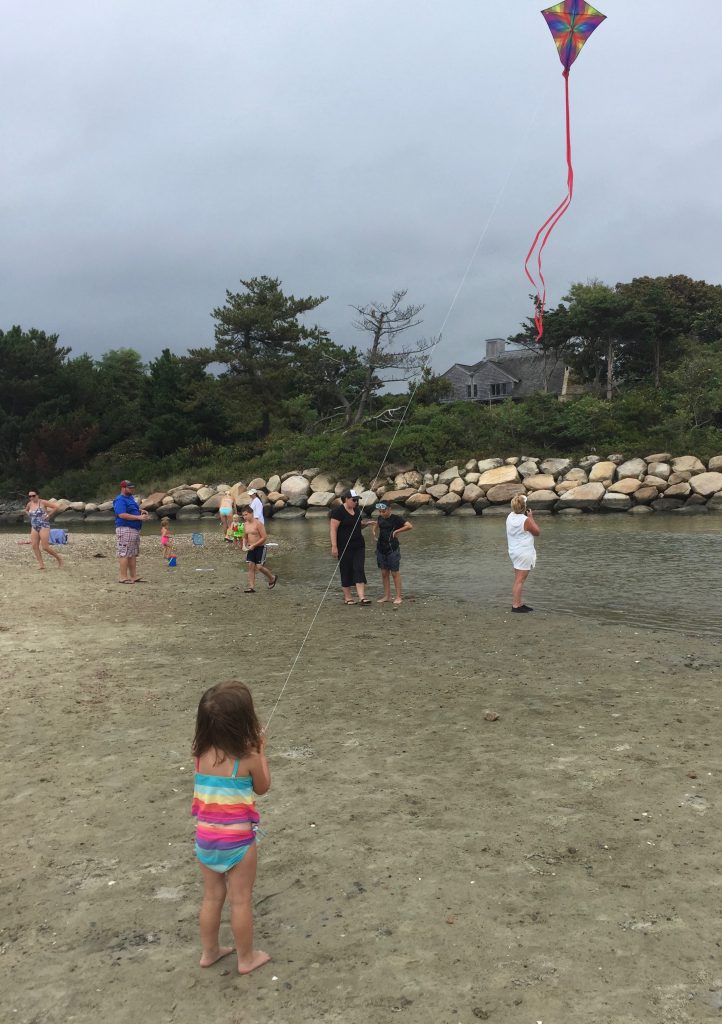 even though we were frazzled and wet, cathy drove us around a bit on a tour of her town, highlighted by this lighthouse. 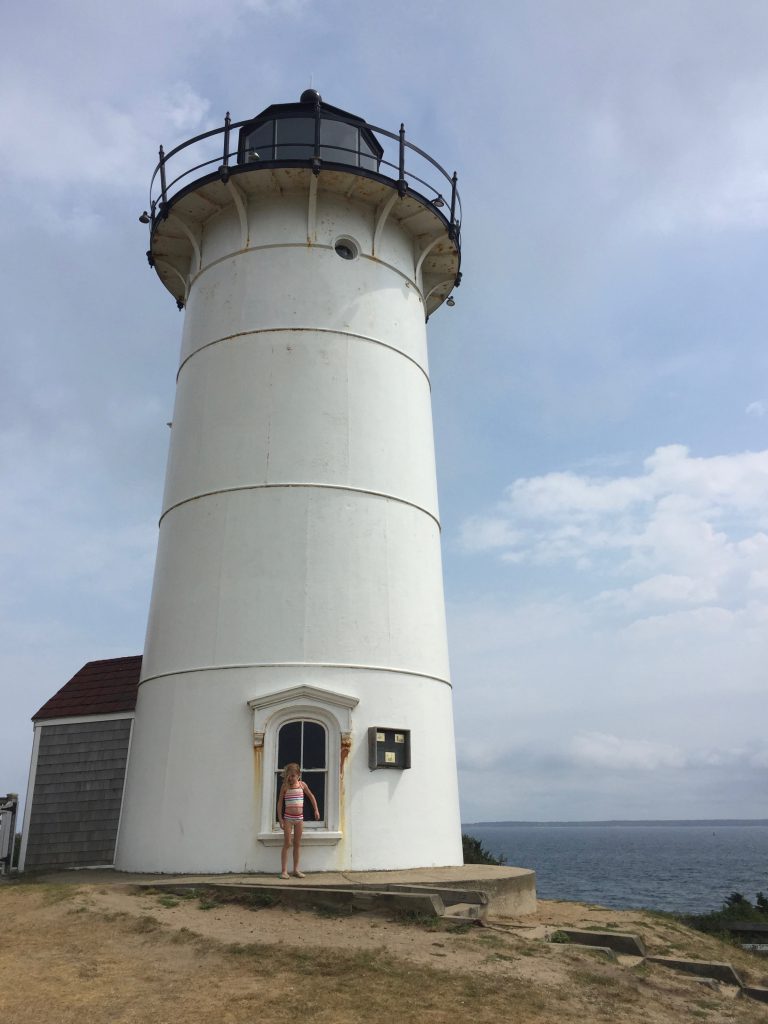 anna was the only kid that would get out and take a pic with me. (hazel was asleep). 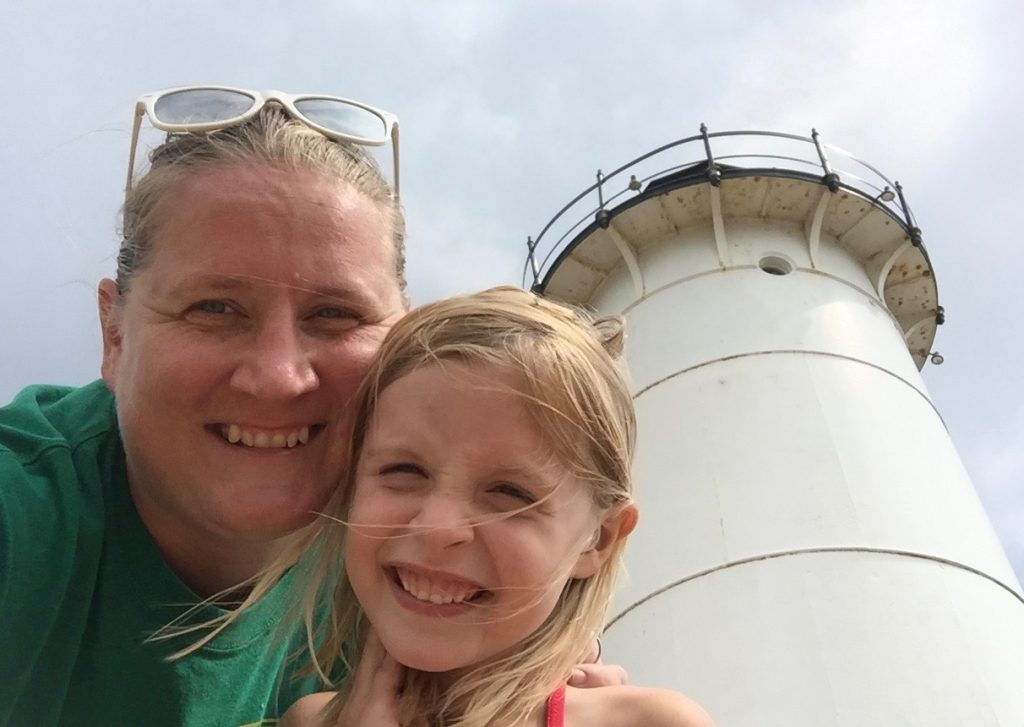 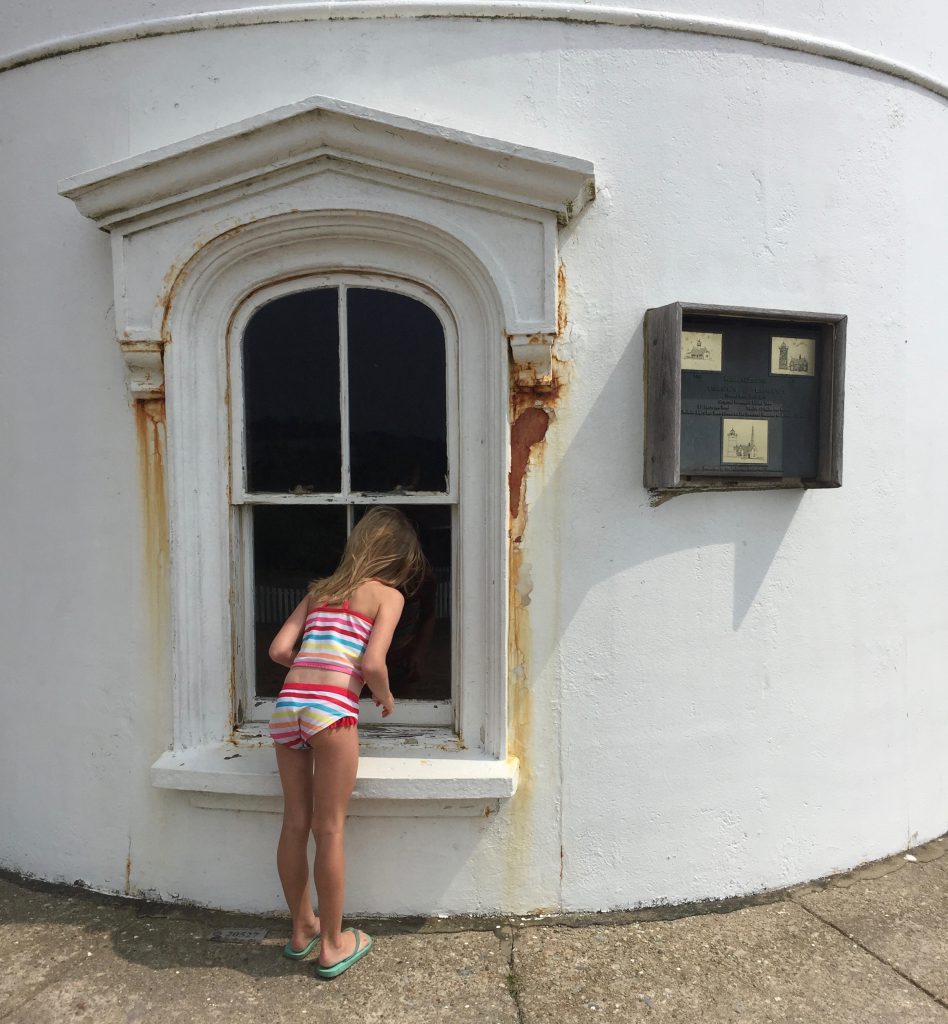 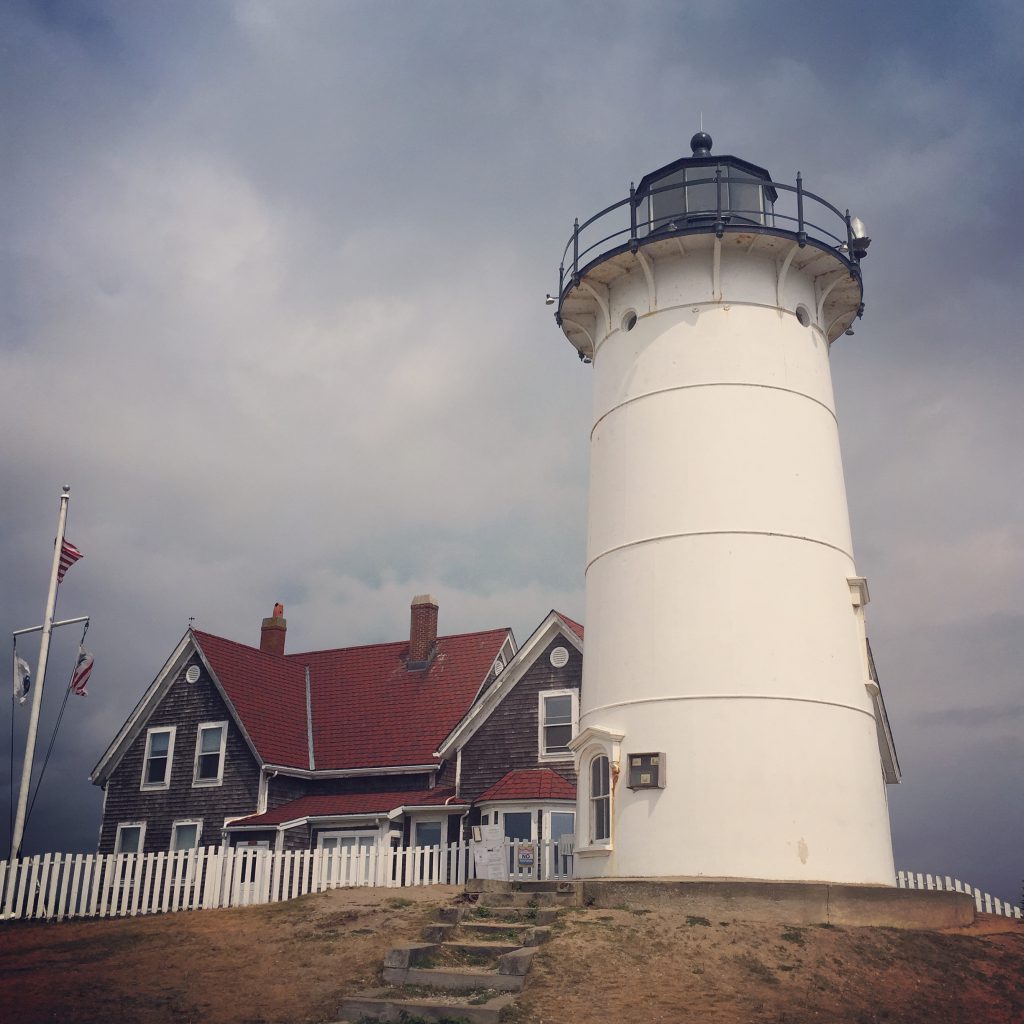 we went back to her house to change, play and chat a little and then our little reunion was over.
go suny tech wildcats!