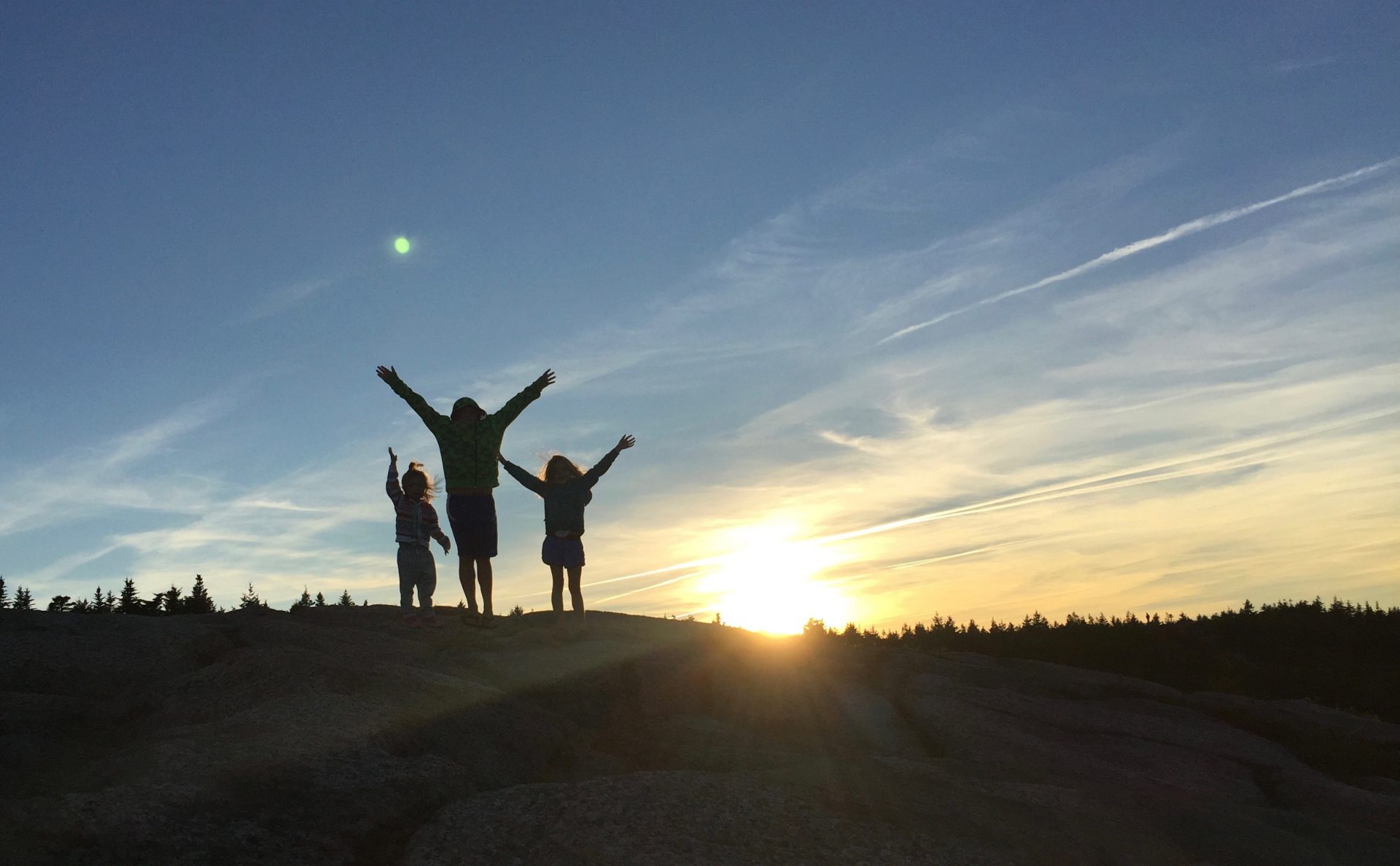 we had a big fat pancake breakfast. i think hazel was a fan. 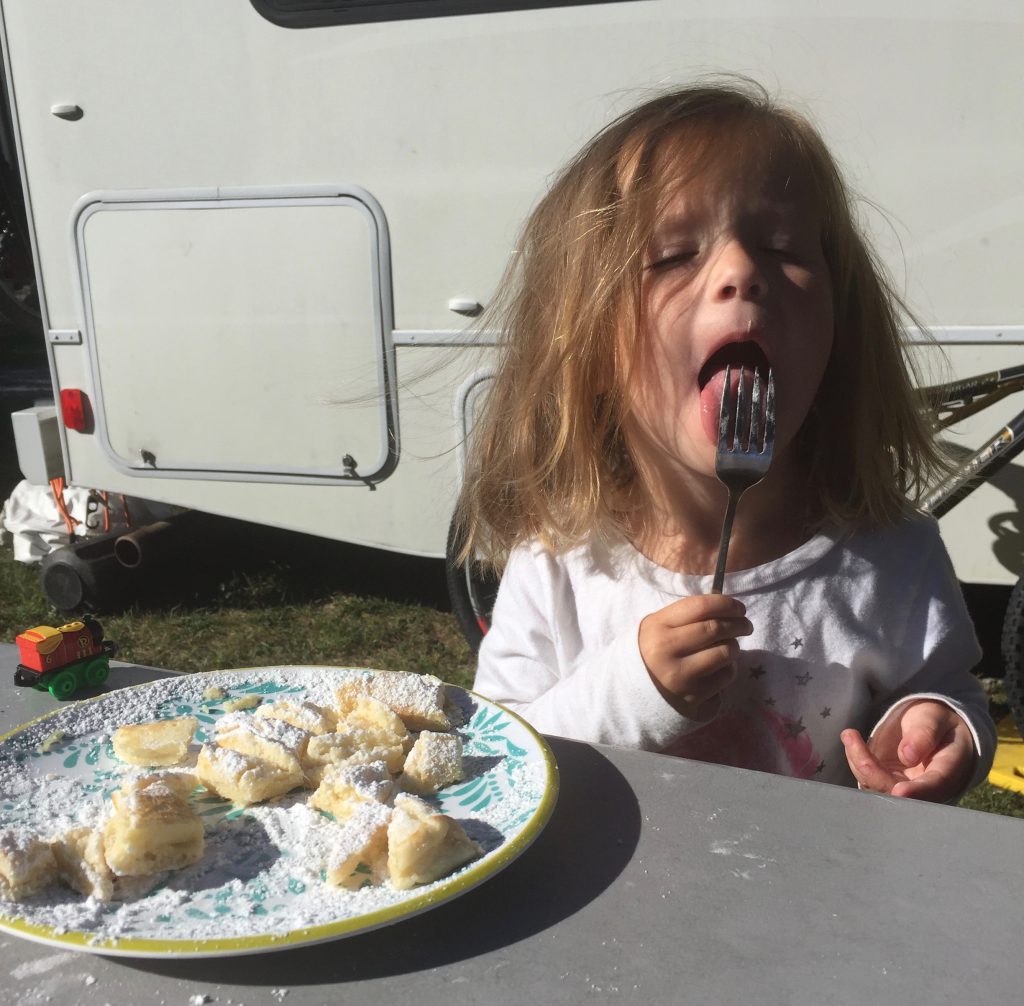 i used up the rest of the maine blueberries in my pancakes. combined with my ithaca maple syrup, i hardly noticed the terrible store-brand pancake mix. oh, and butter. 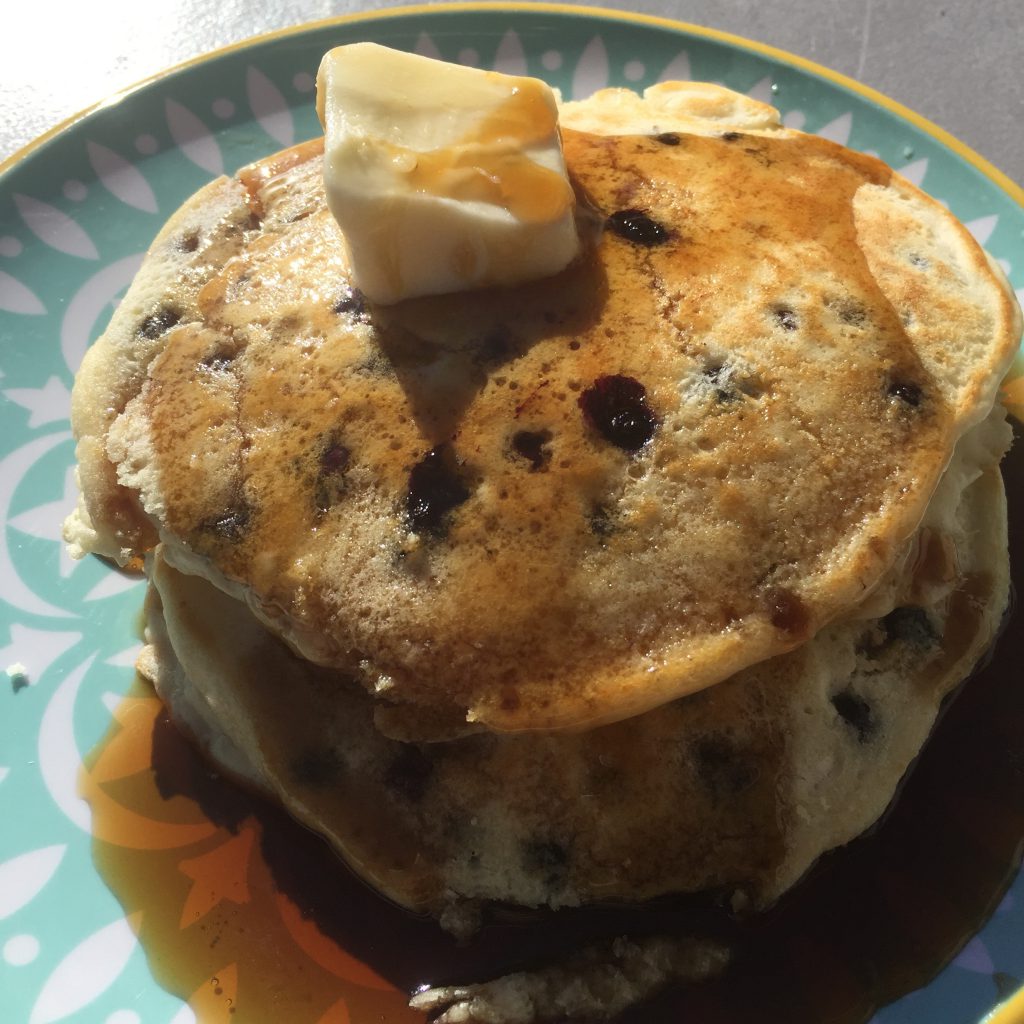 i had high hopes of doing some hiking with the lid kids. after doing some reading and map research, i decided we should drive up to the top of cadillac mountain, “the highest peak on the atlantic coast” and the “first place in the us to see the sunrise”… but first, we stopped off at the visitor center, so anna could get sworn in as a junior ranger. she was soooo shy, and i had to turn around and not look when she said the pledge, but i managed to sneak in one picture. 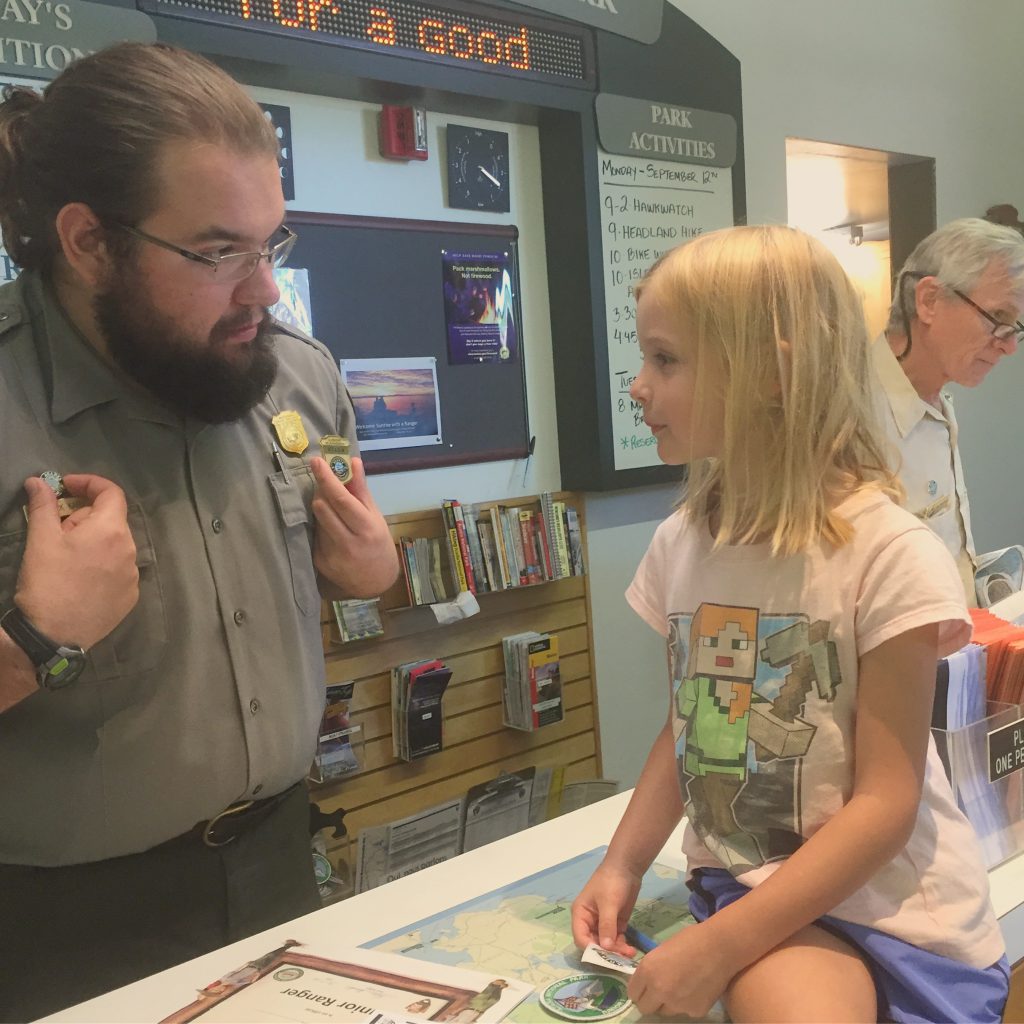 from there, we drove to the entrance to cadillac mountain, only to be turned away by a sort of grumpy ranger. i guess something happened regarding a broken down tour bus, but i assumed that the lot was full and gave up on my hopes for finding a parking spot at any of the cool spots in the park and headed home.

i read all afternoon and grumbled often at the beautiful weather and that the kids were inside playing with legos. so, when derek was done with work, we stuffed some snacks into the kids faces and drove back up to the mountain. this time was a success! and it was awesome. 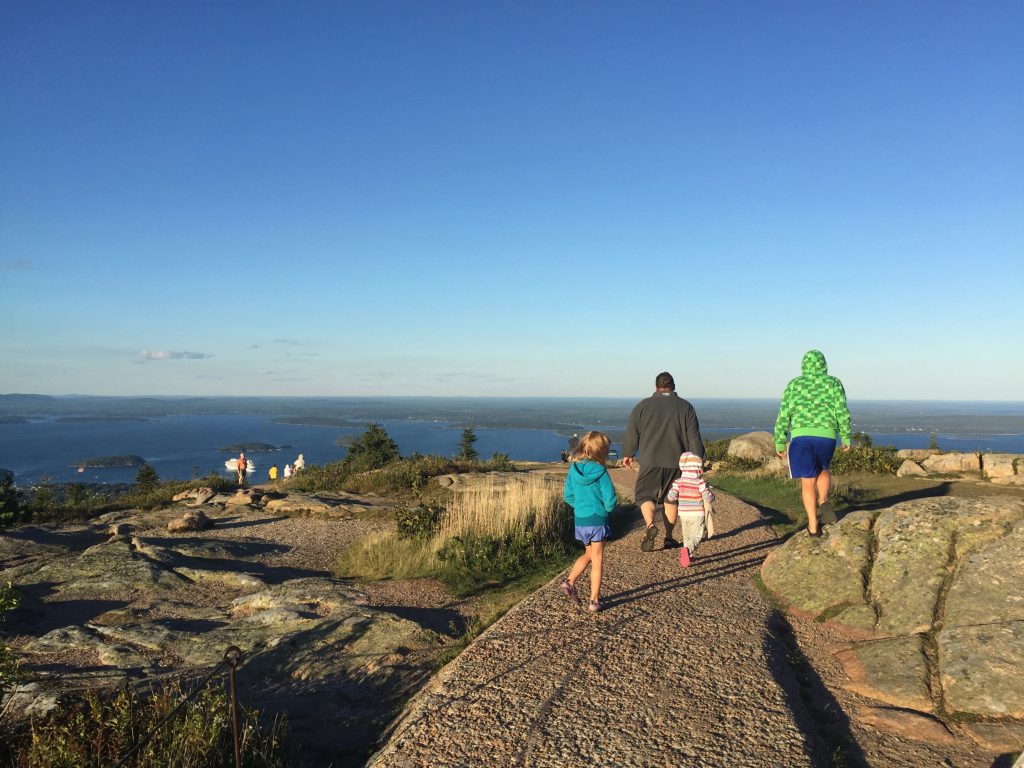 the kids had learned about bubble rocks in their junior ranger stuff, so they thought this cool rock was close enough. 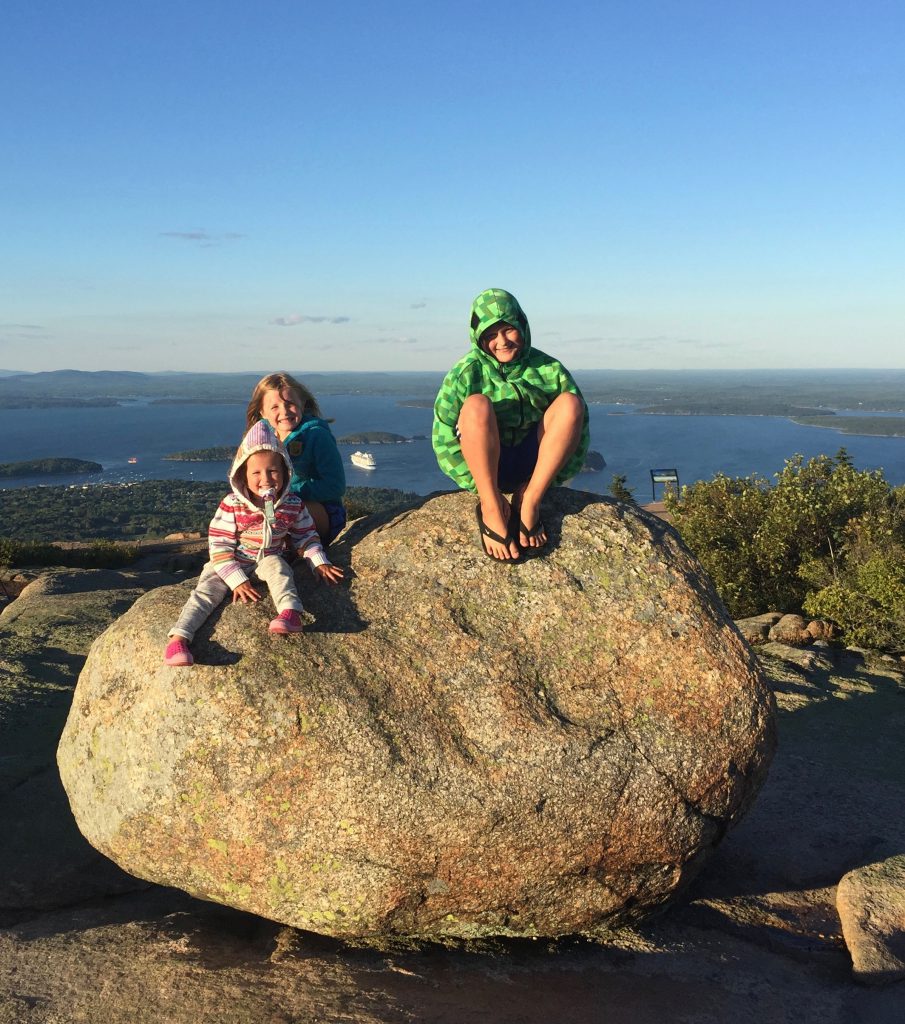 not content to just enjoy the view, we ventured down to do some exploring. 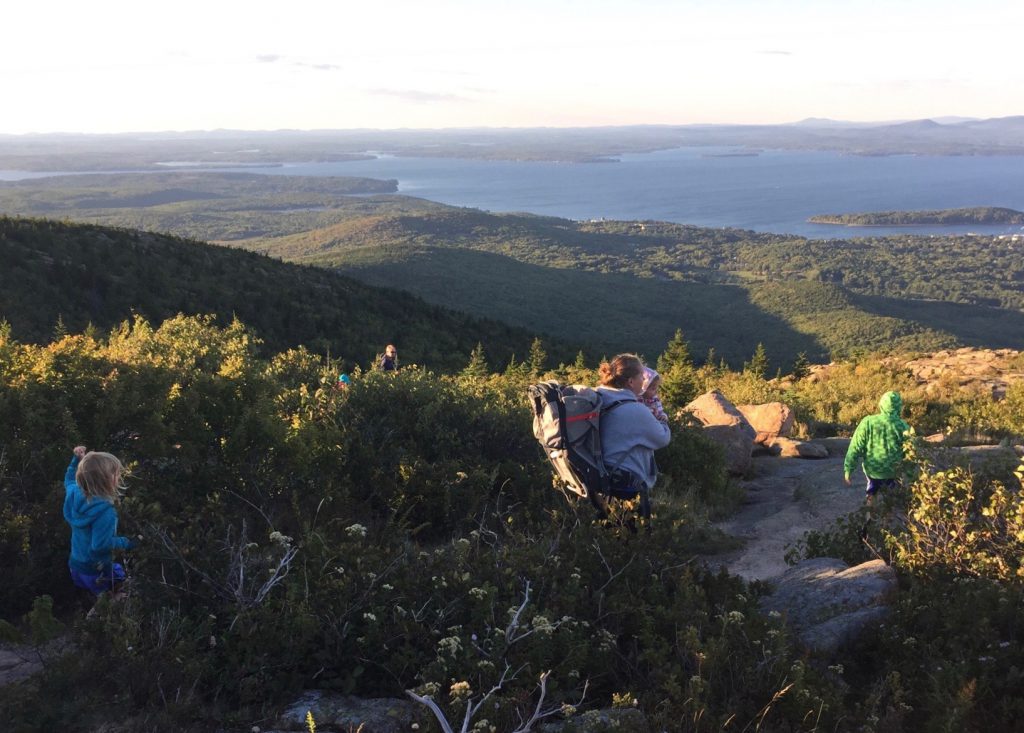 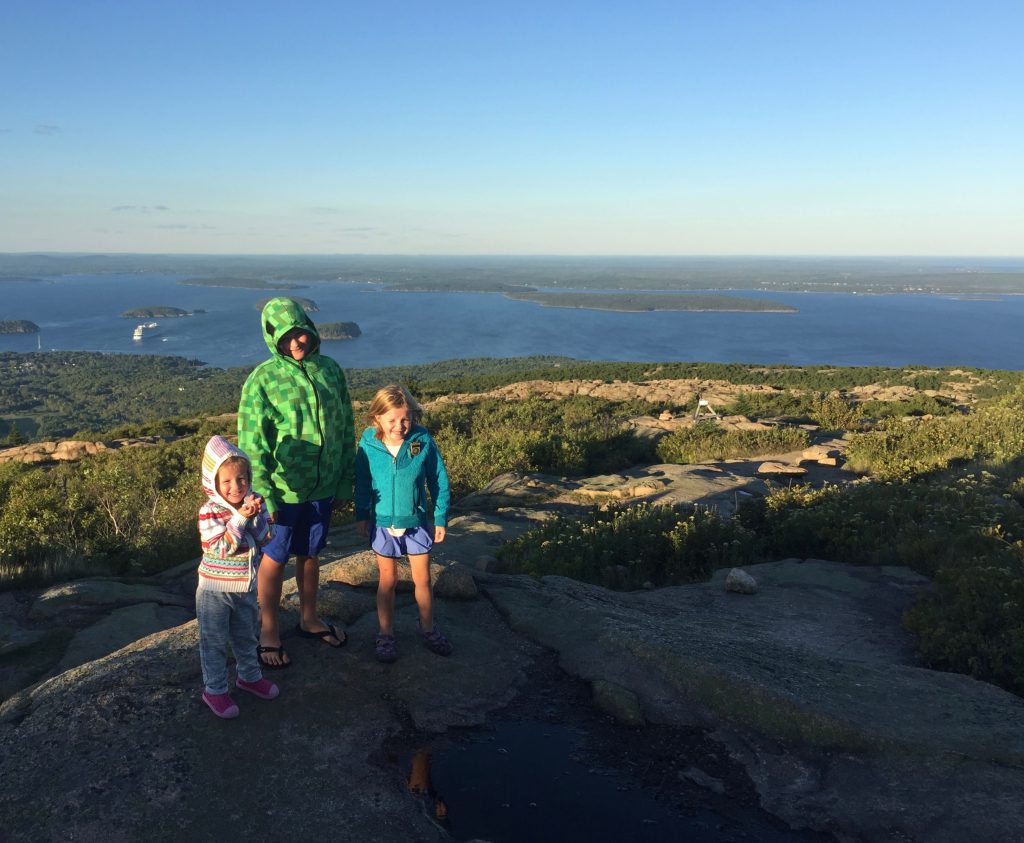 you know. just hopping around near the edge. i probably have a few gray hairs after this trip. 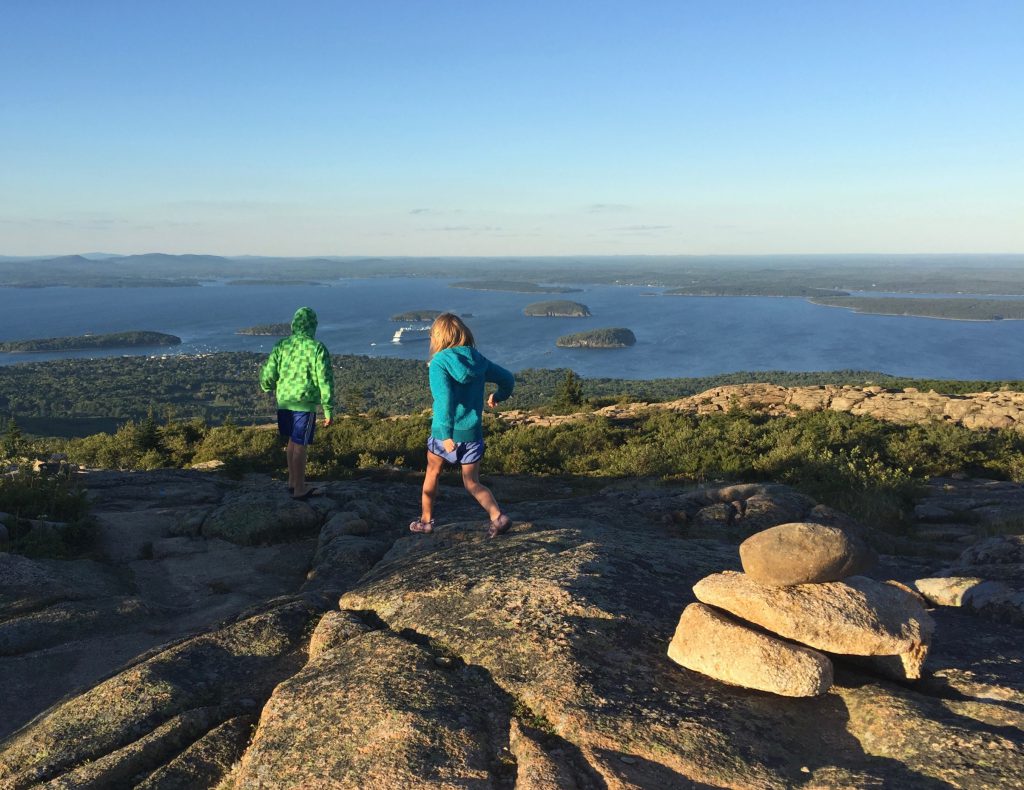 anna and a moon. 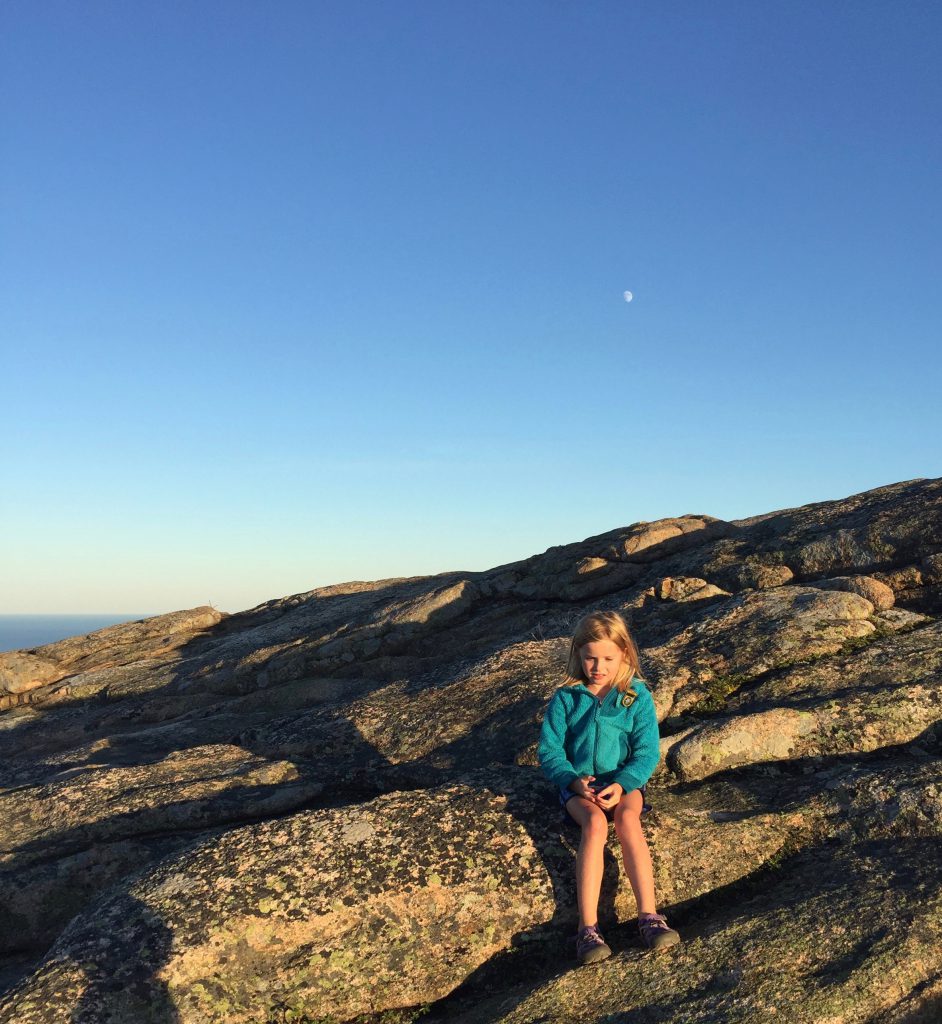 a rare pic with derek. unfortunately it’s all shadowy. 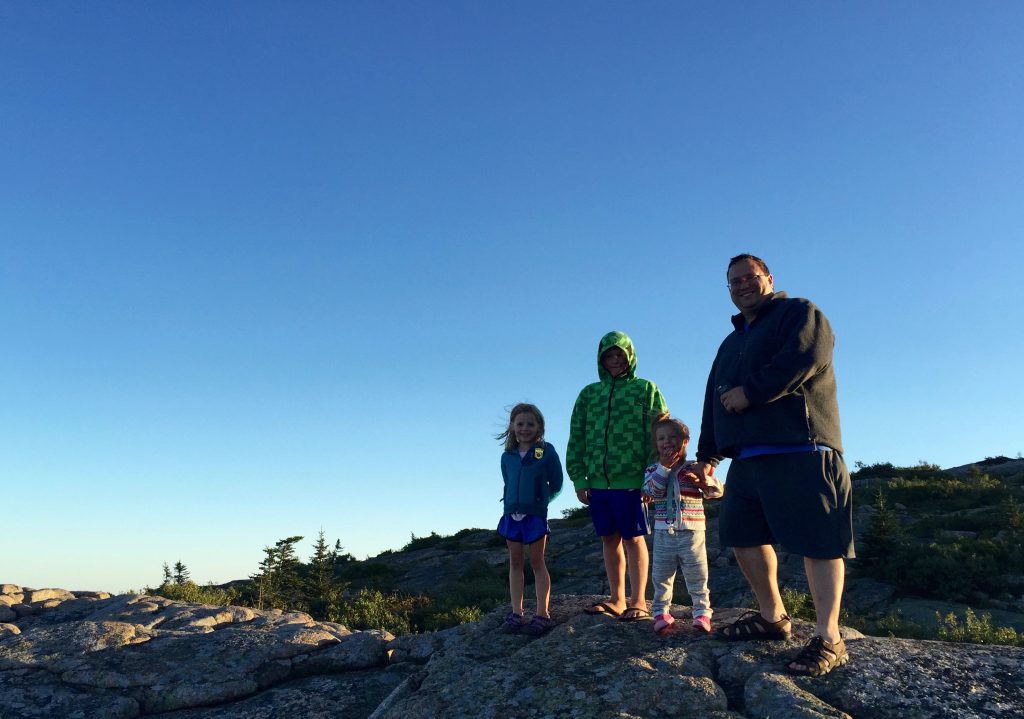 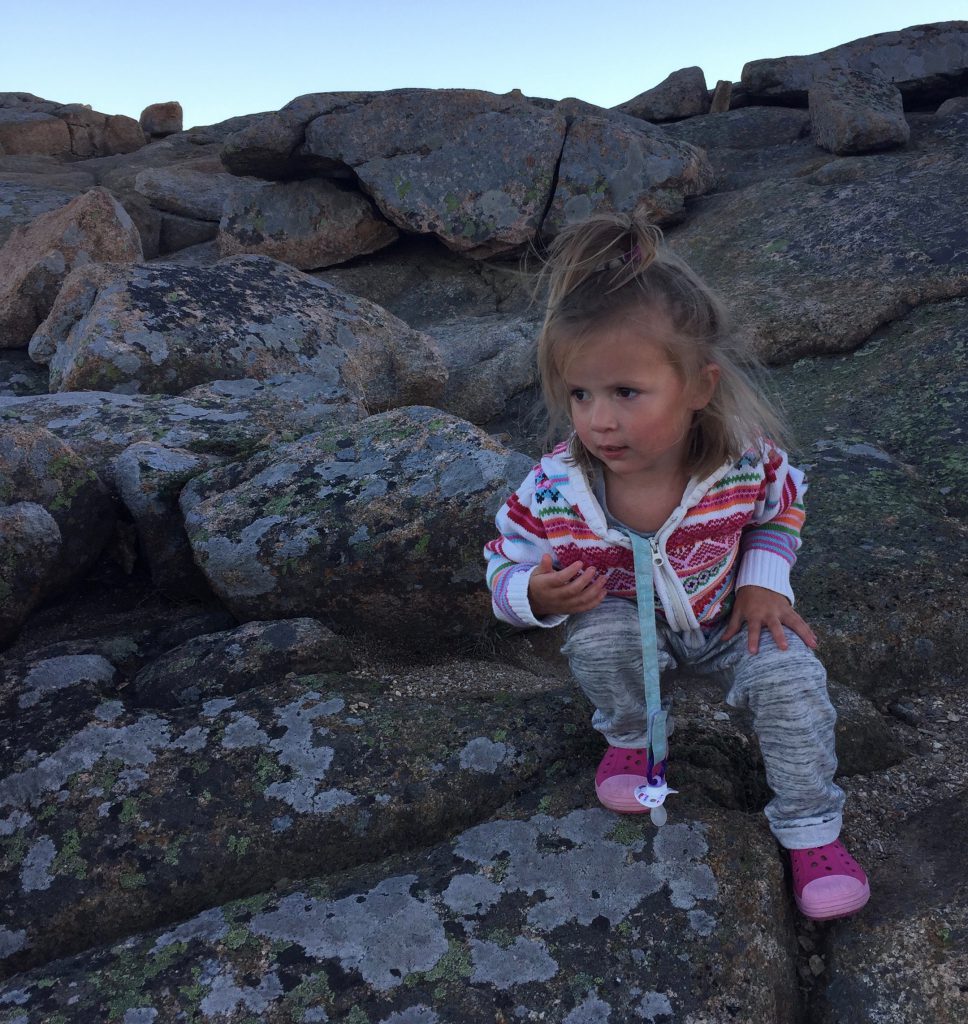 the boy, taking it in. 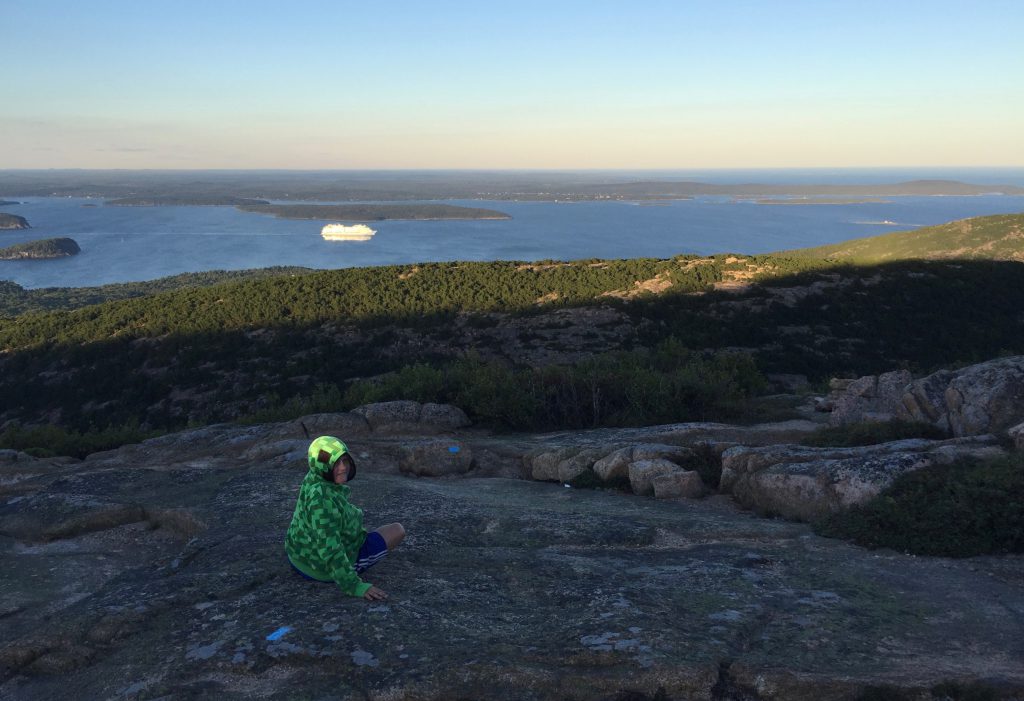 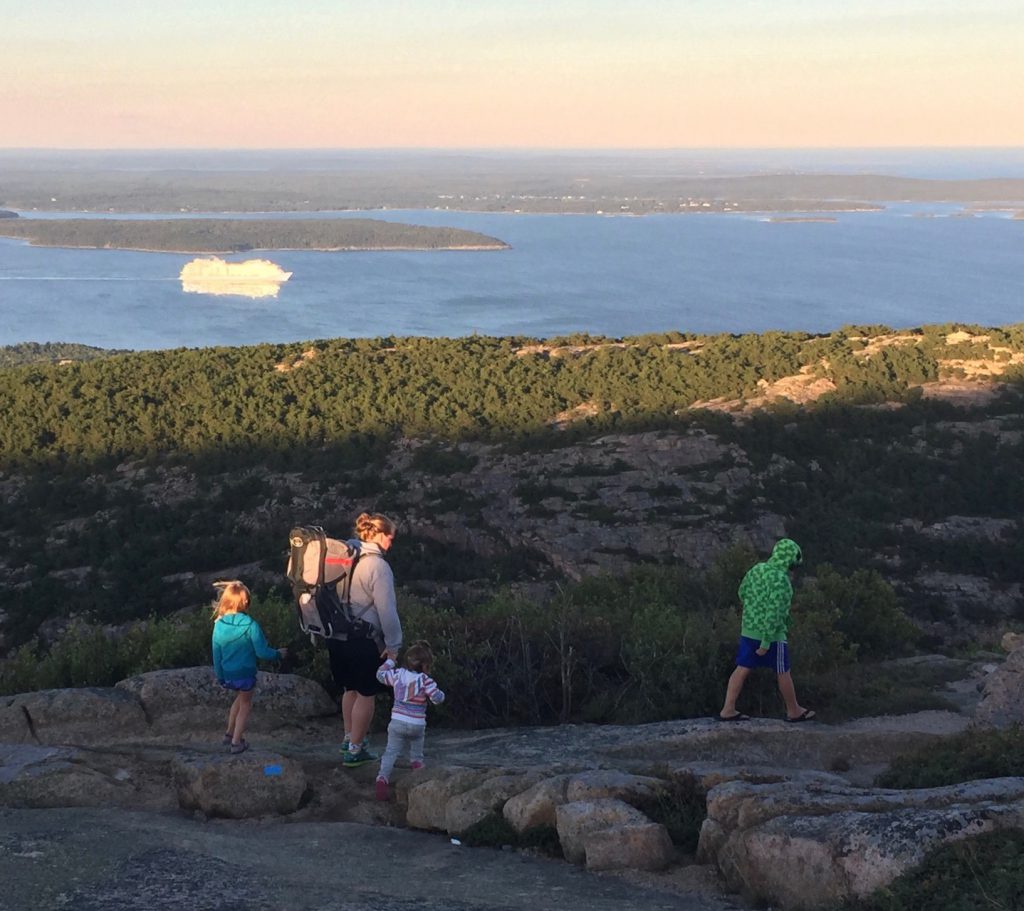 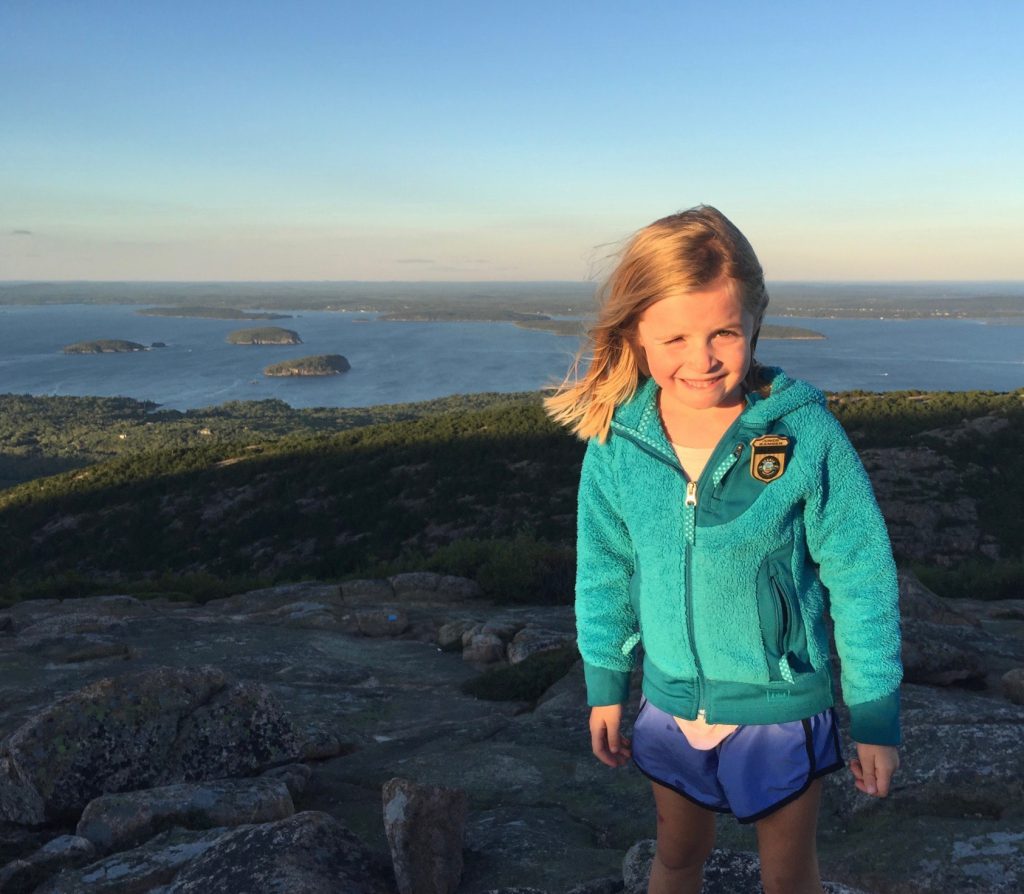 crazel, posing with her favorite tree. 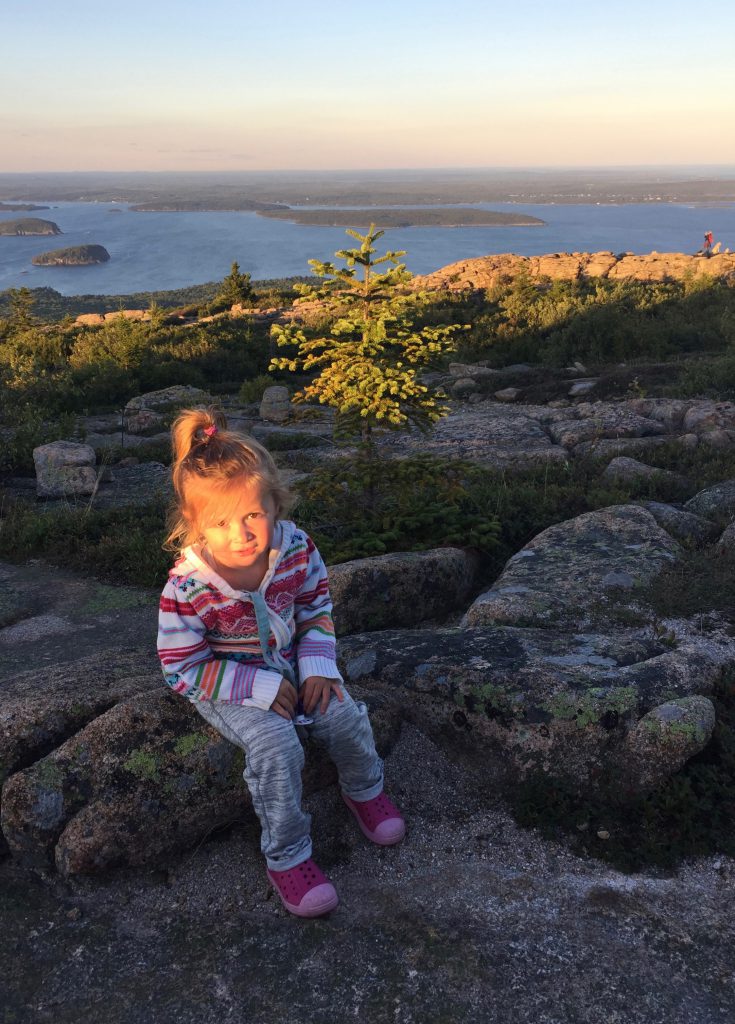 probz my new favorite picture ever. the sun was going down and made for really cool or really terrible photos. 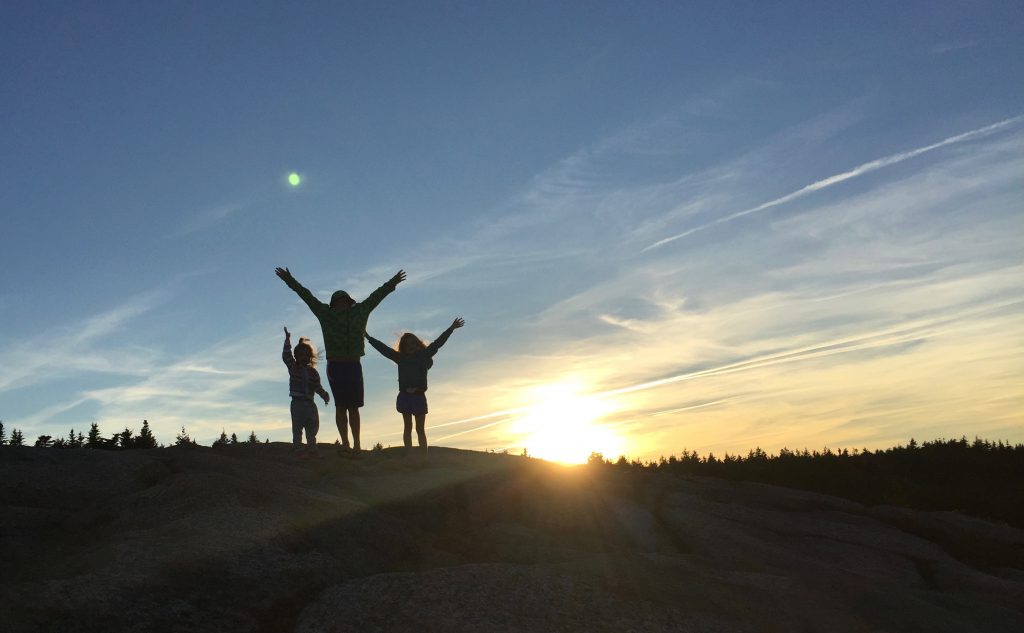 she learned to make faces for her pics from her brother. 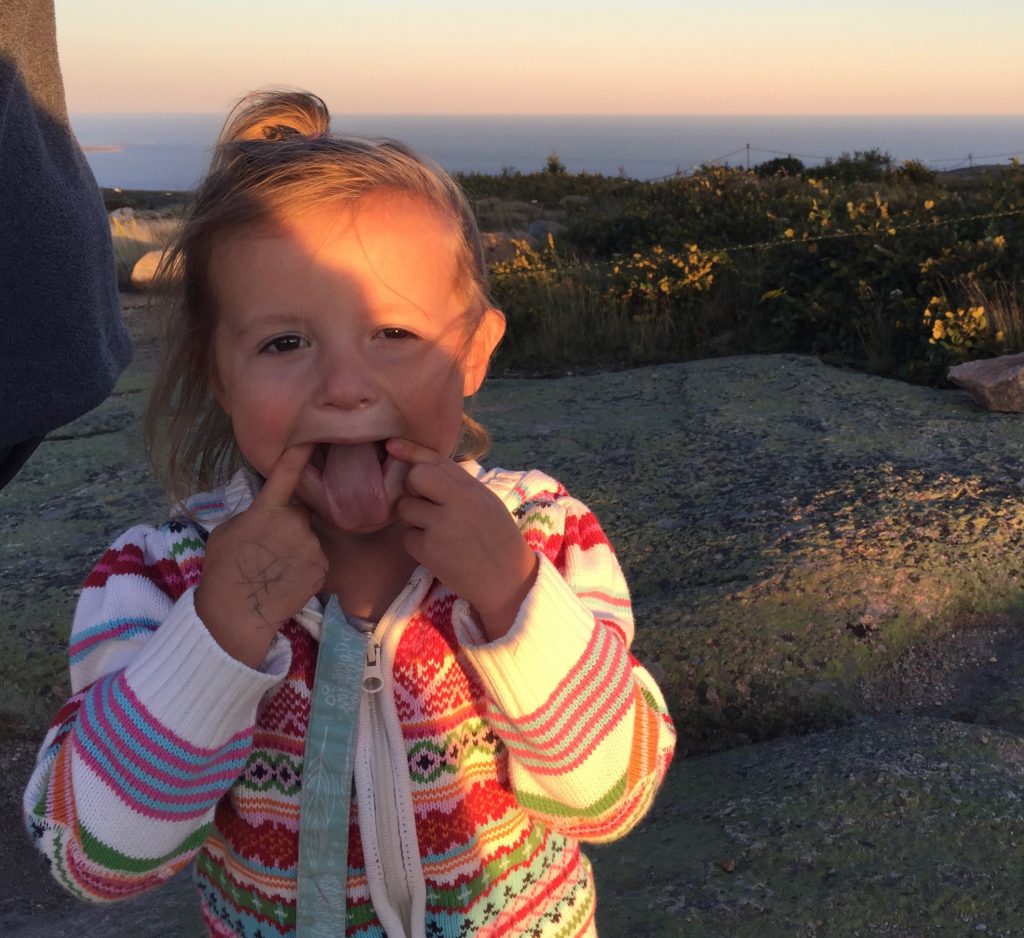 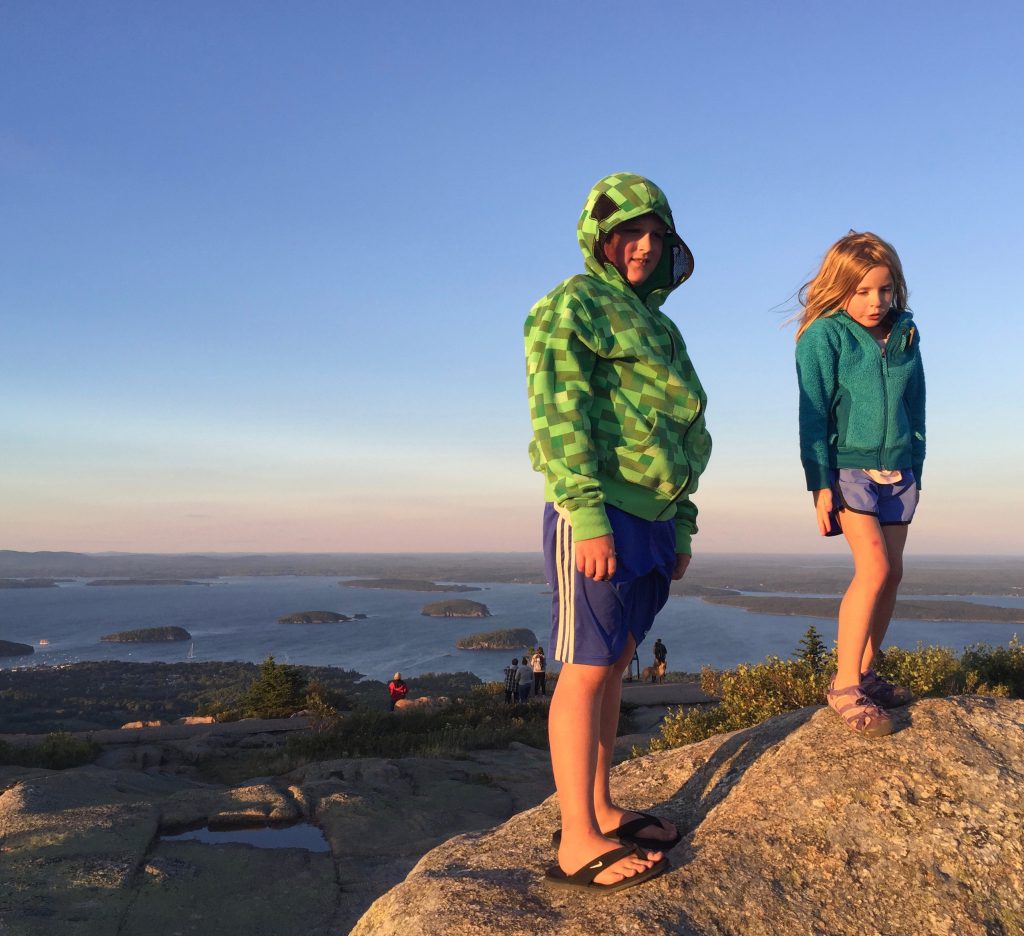 on our way down, we realized that the sun was setting in 5 minutes and we would never have an easier time to view it from up here. so we pulled over and hopped out to view it. 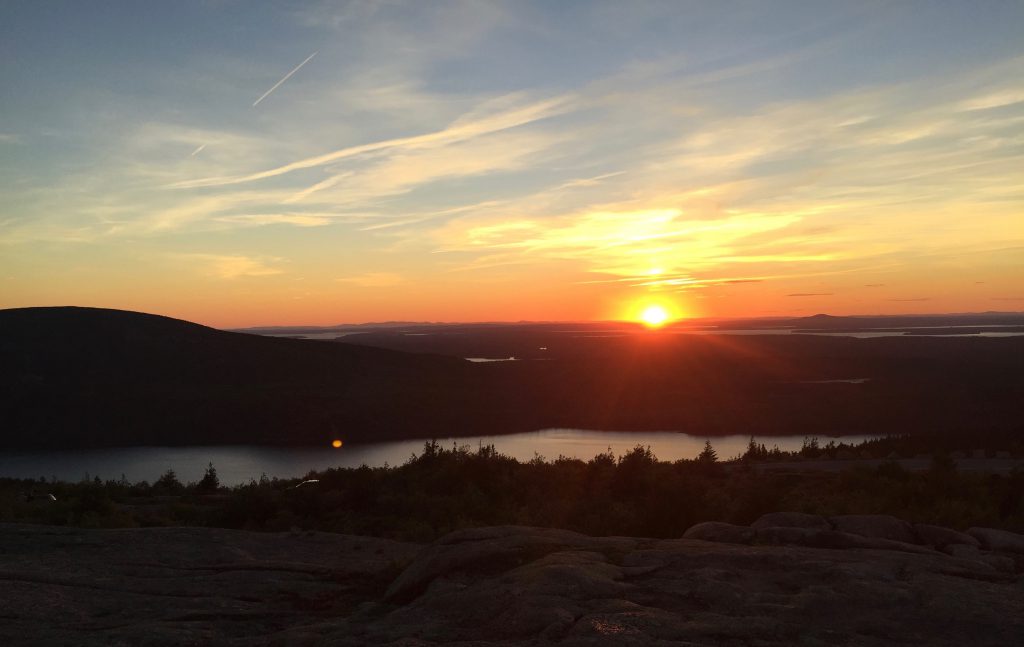 it was very windy and chilly. 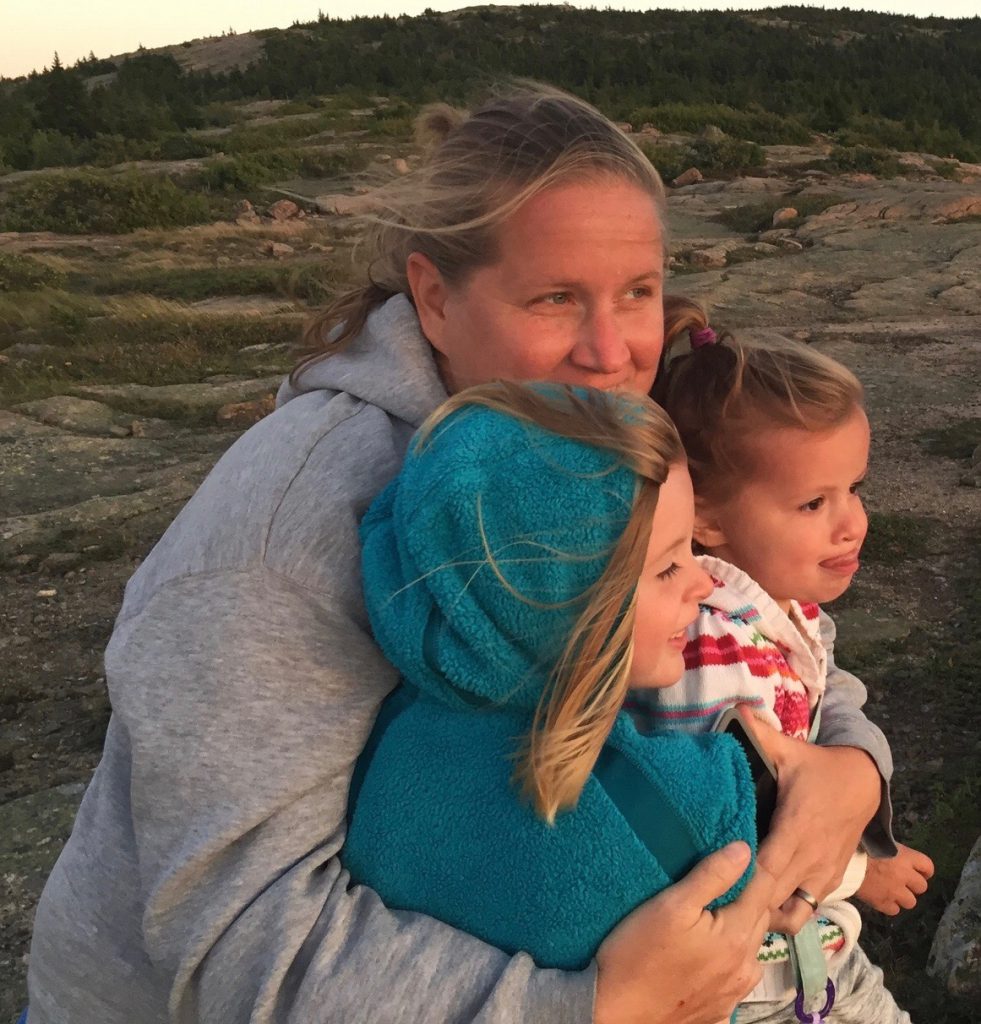 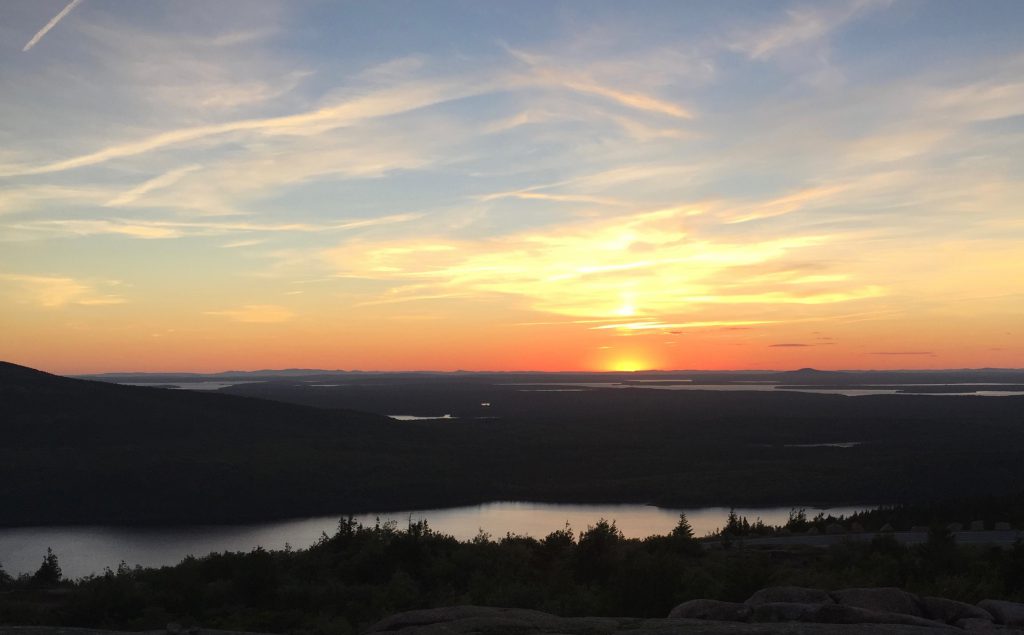 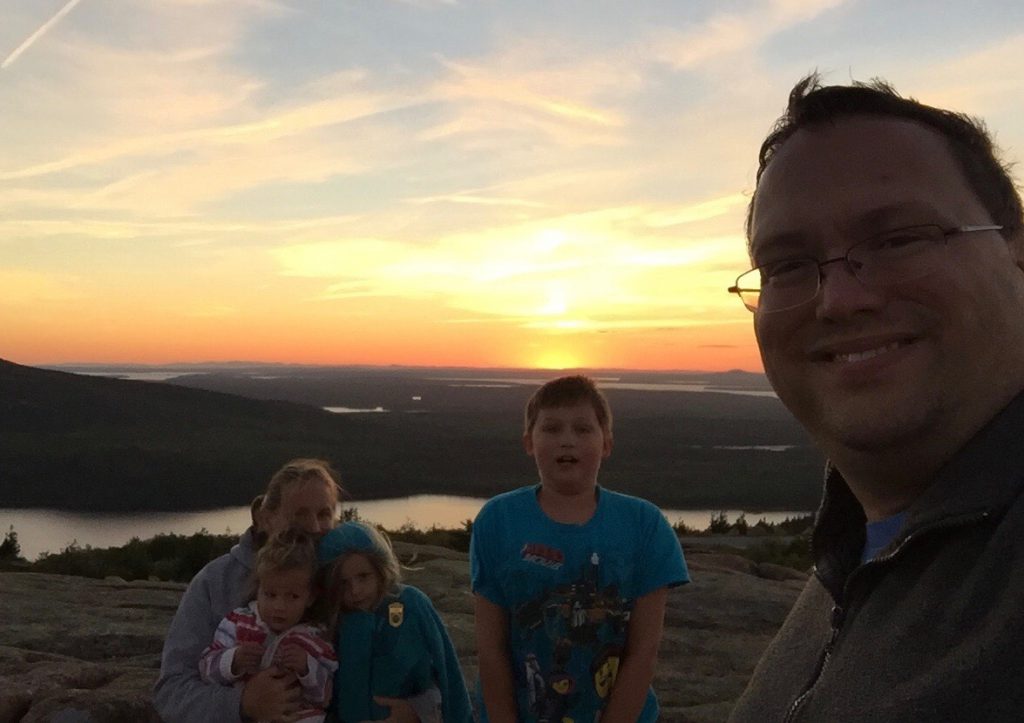 from there, we actually went over to the jordan pond house for a bit, to shop at the gift shop. stickers and socks and t-shirts were purchased. and then home. and bed.